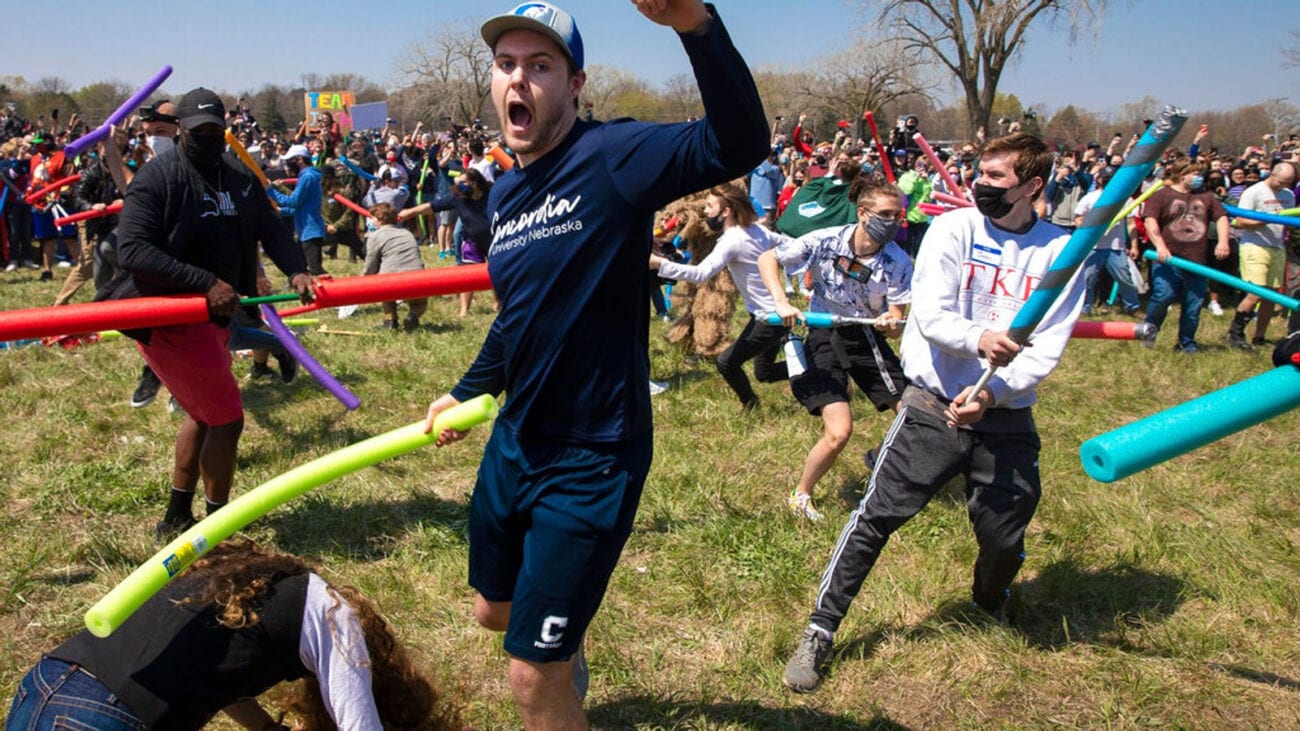 #JoshFight: Watch as these gentlemen battle for their namesake

The most epic battle of our time was a massive conflict between many similar, but very different individuals. Drawn in by a chance for glory, these mighty warriors met in a field to fight for the glory and honor of their name . . . to see who would be crowned the one, true . . . Josh?!

Are we really this bored? A bunch of guys named Josh met in a field armed with pool noodles and bashed each other on Twitter in what amounted to be a glorified pillow fight. While it ended on a heartwarming note – the King of Joshes is a literal (and stinking cute) five-year-old – Twitter still won’t shut up about it.

You may have heard rumblings about it late last week as memes circulated about a superior Josh and a fight for the . . . satisfaction of being the ultimate Josh, we guess? Anyhoo, Here’s the tea on #JoshFight and why this bizarre hashtag is still trending on Twitter.

good morning everyone, I added a breakdown to the #JoshFight yw pic.twitter.com/noHV01zQIi

If you’re curious how it all went down, someone filmed it for posterity. While there are Joshes in Chewbacca suits and pool noodles flying in various shades of lightsaber, Attack of the Clones this ain’t.

Our children and our children’s children will remember the epic Josh Fight of 2021!

How did the #JoshFight turn out to be way cooler than the Area 51 raid? https://t.co/f30WKPpPWy

Granted, the Josh Fight turned out to be more entertaining than six UFO enthusiasts Naruto-running in Nevada.

Twitter’s even breaking out the doge meme.

Is this The Onion?

In what universe does #JoshFight make Sports Center?

OK, who put this on Google Maps?

me, not named Josh, seeing how much fun the Josh's are having #JoshFight pic.twitter.com/hNe4f9sjcW

Don’t you wish your parents named you Josh so you can fight other Joshes in a cornfield?

A bunch of Mr. Meeseeks fighting until Jerry perfects his golf swing could pretty much sum up our expectations of the Josh Fight.

From silliness to heartwarming

Seeing Little Josh emerge victorious was a crowning moment of awwwww for the internet.

We still wouldn’t want to tangle with Little Josh though.

The winner of the Great Josh Fight is a five-year-old named Little Josh. The honors bestowed unto him are forthwith: Little Josh shall be immortalized forever as a hashtag and as animated fanart.

Now that we’ve had a #JoshFight, give us a #ChrisFight. We must finally answer the age old question of who the one true Chris is. pic.twitter.com/976DdGdvdS

Could we get a Chris Fight in Iowa?

What did you think of #JoshFight? Did you watch the action yesterday? Let us know in the comments!