Was John List the nastiest mass murderer of all time?

John List is the very scariest type of killer, the one you never saw coming. In 1971, the accountant killed his family the way he did everything else, meticulously and methodically. He then closed up the mansion where he and his wife Helen had raised their three children and disappeared to begin a new life.

The story of John List’s decision to kill his entire family and vanish had almost become more of an urban legend 18 years later when he was finally featured on America’s Most Wanted. It was the determination of another John, John Walsh, that finally brought the family killer to justice. 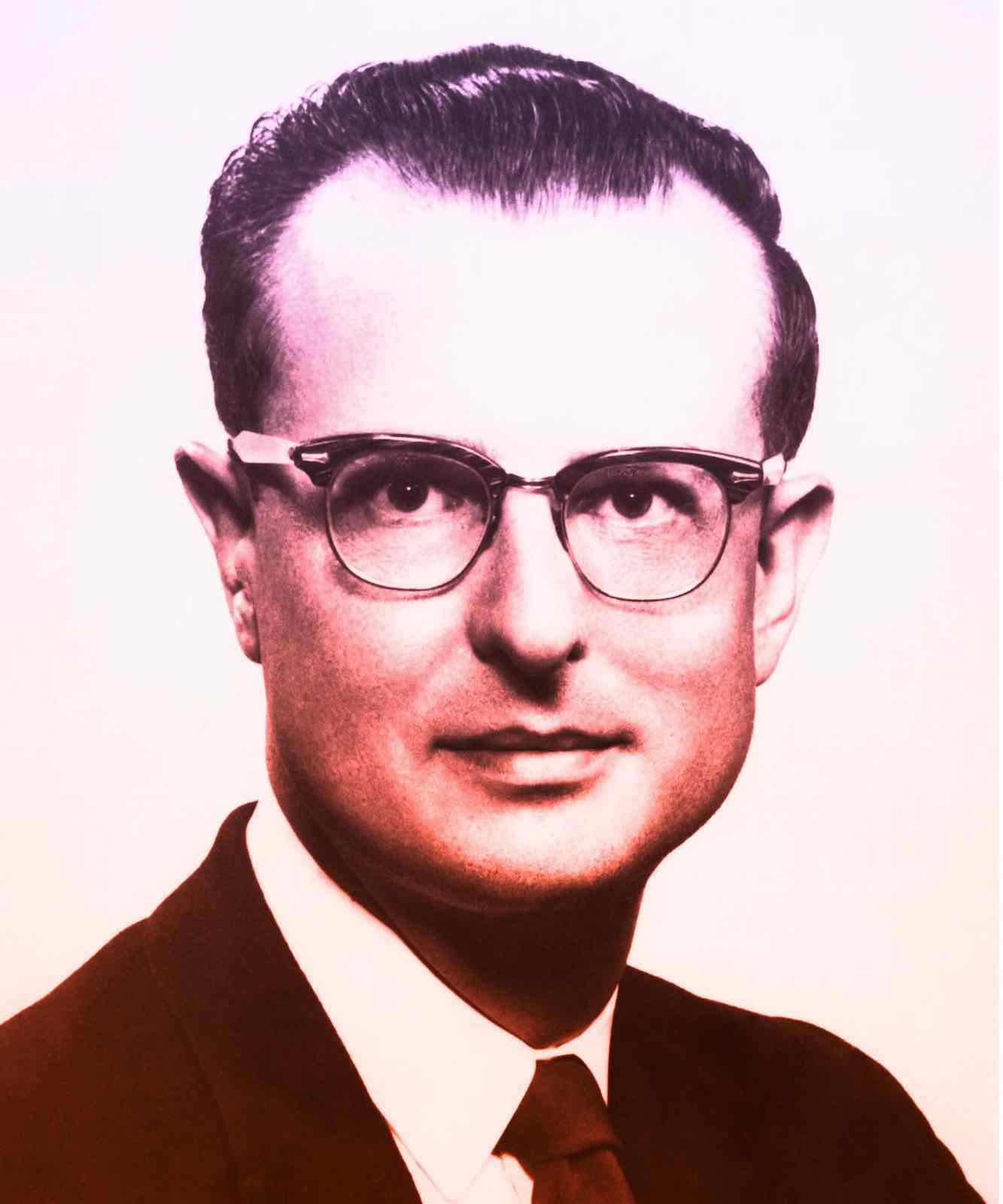 John List met his eventual wife and victim, Helen, just after college. It wasn’t long after the two began dating that Helen told John she was pregnant. List is described as a devout Lutheran, though he wasn’t too devout to impregnate his girlfriend. Nevertheless, he married Helen upon learning of her pregnancy, only to find out that she wasn’t pregnant after all, a truth Helen only revealed after their marriage.

Deceived, but not willing to break his marriage vows, Helen and John Lists’ lives began under a cloud that quickly broke with the births of their three children, all born in the first four years of the couple’s marriage. 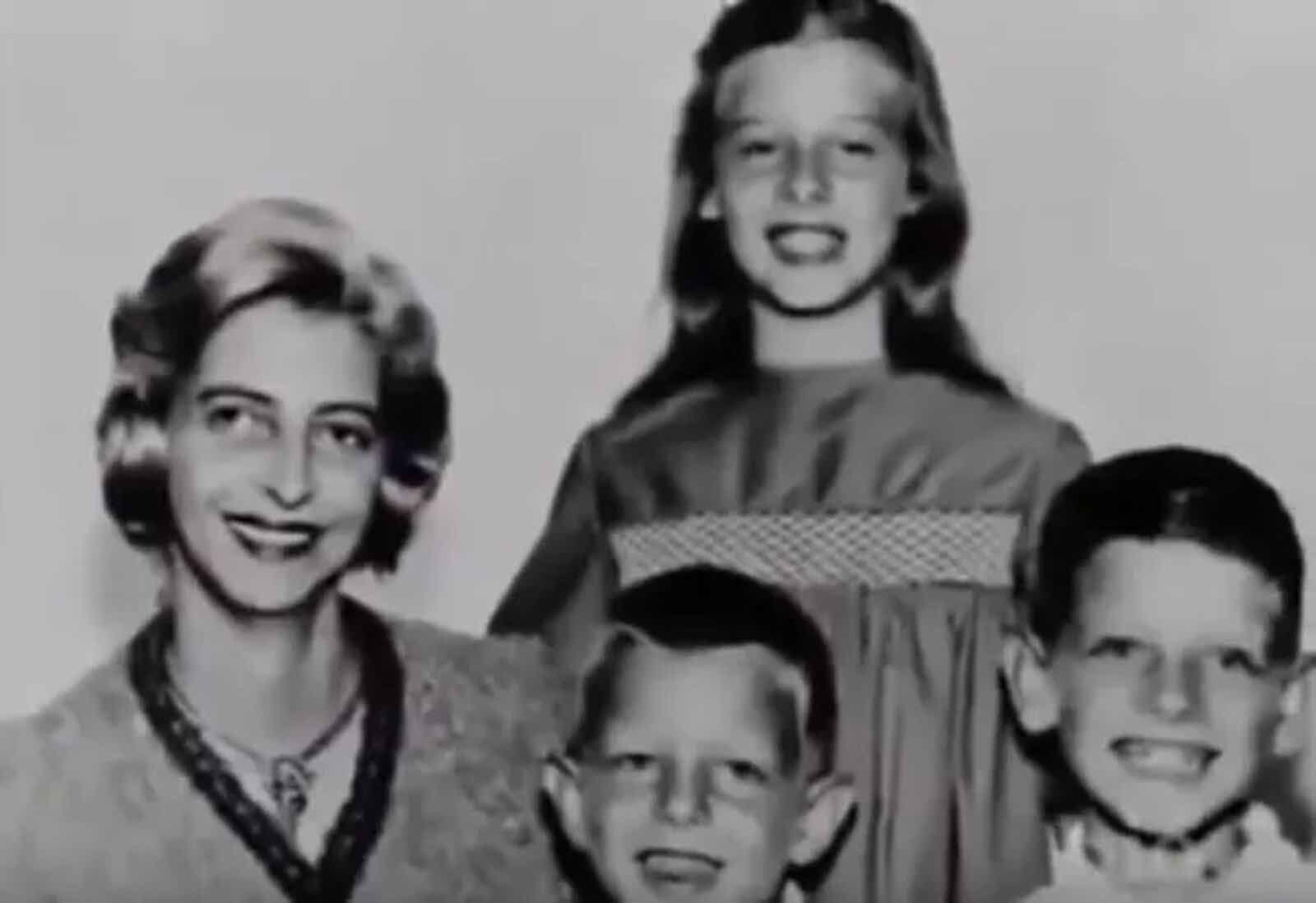 Now with 5 mouths to feed, John List was feeling the pressure of providing for his family. While he was universally deemed to be a detail-oriented and hard-working accountant, he was also just plain weird. List struggled to maintain a job as his coworkers and bosses found him to be difficult and off-putting. Something just wasn’t right with John List.

Eventually, his work ethic won out, and in 1965, John List took a job as a Vice President and Comptroller for a bank in Jersey City, New Jersey. Upon earning that role, List moved his mother, Alma, Helen, and their three children to a 19 room Victorian mansion titled “Breeze Knoll” in Westfield, New Jersey. 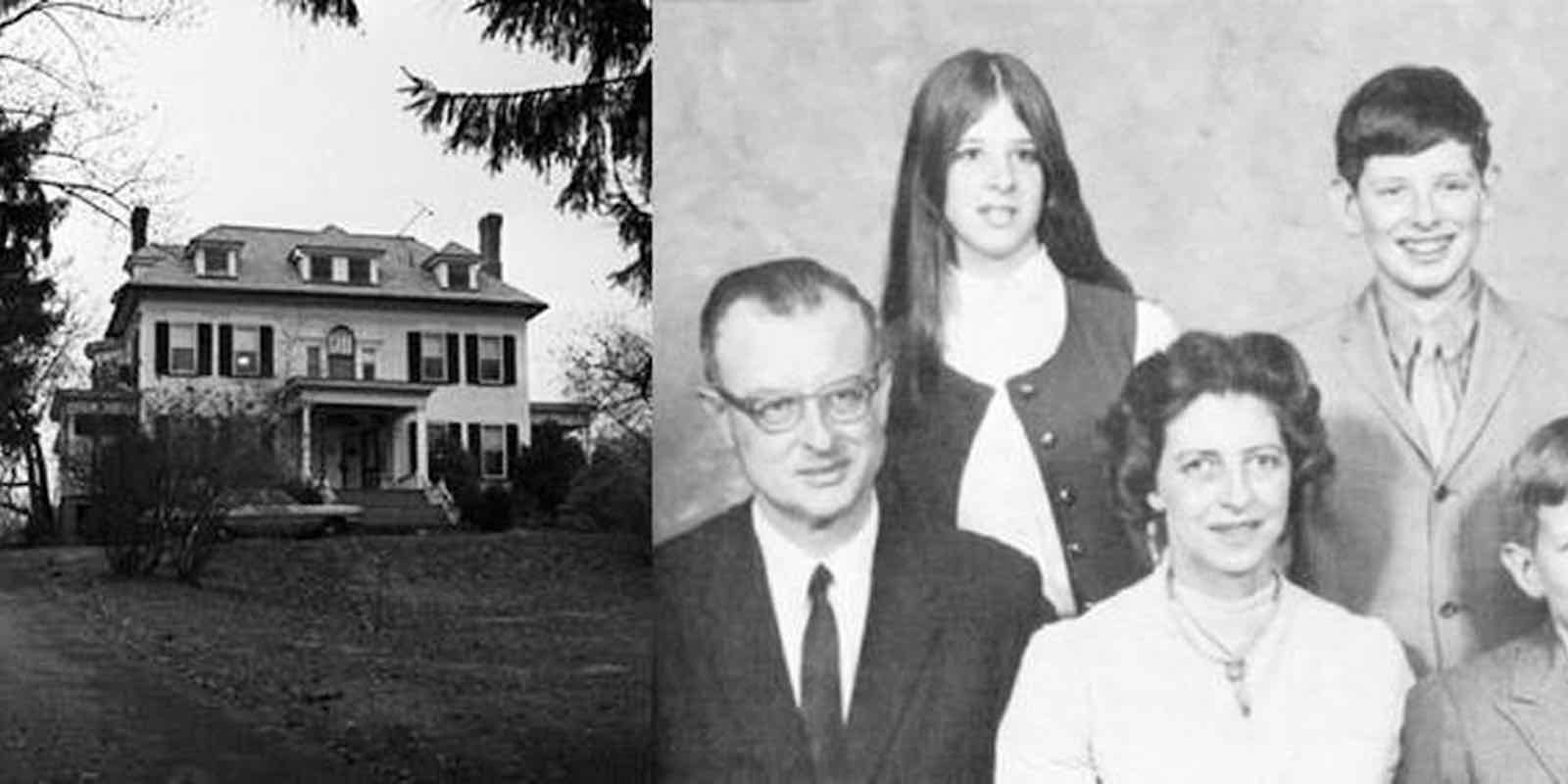 As the three List children, Patricia, John, and Frederick all steadily grow to teenagers, Helen grows increasingly unstable. She had kept a secret from her husband for years, and now she couldn’t hide it any longer, Helen had tertiary syphilis, which she had contracted from her first husband, who died before she met John.

After their move to New Jersey, Helen began experiencing blackouts, vision issues, and instability. She began to self–medicate with alcohol in addition to her prescription tranquilizers. Helen also stopped attending church. 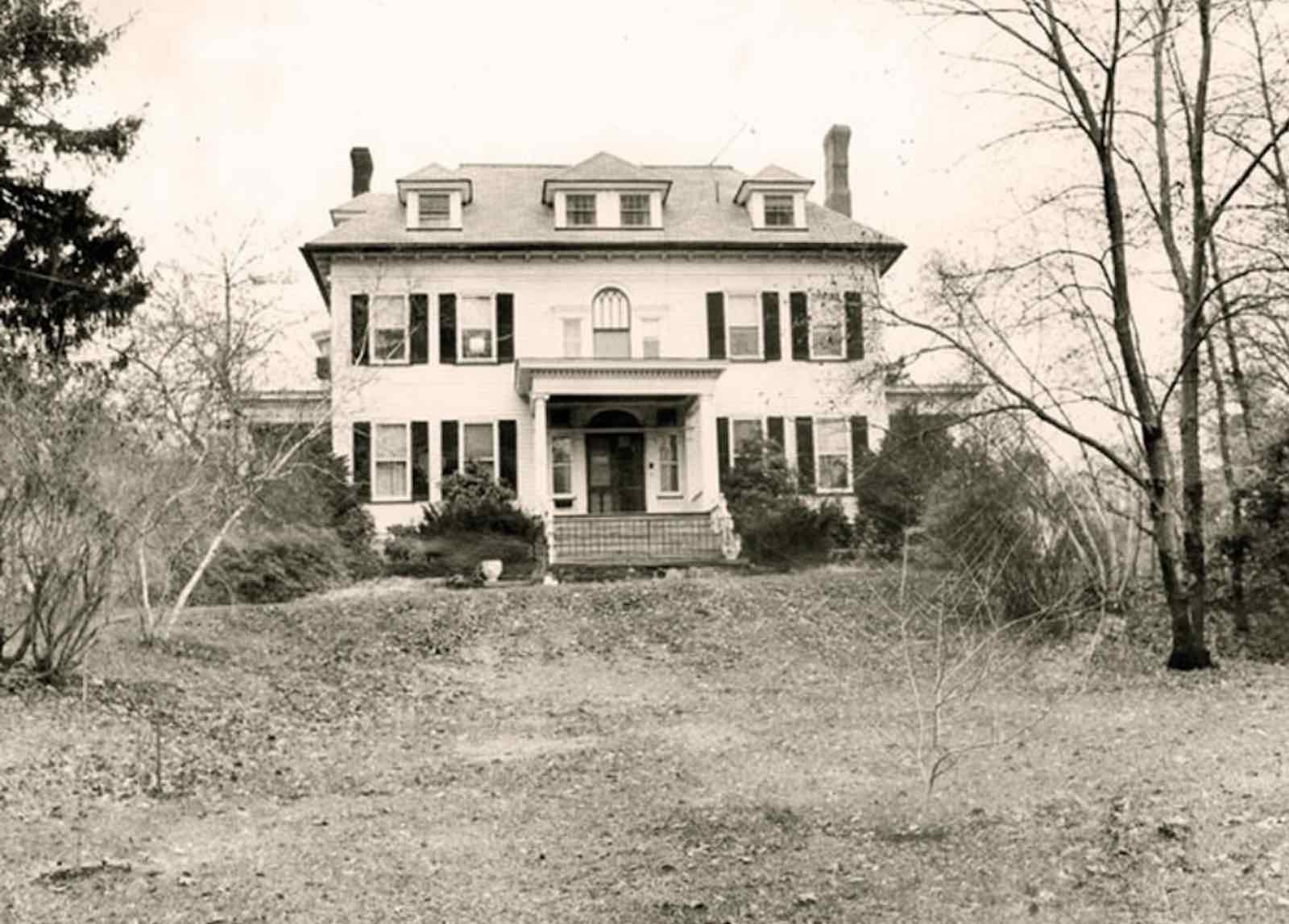 In addition to Helen’s physical and moral decline, John List was also increasingly concerned about his children, who were becoming teens in the free-spirited 60s. Patricia wanted to grow up to be (gasp!) and actress and there were rumors she may have even dabbled in smoking marijuana.

As John List struggled with the morality of his family, he faced even more stress when he lost his high-paying job at the bank, less than a year after obtaining it. In lieu of admitting the loss to his family, he got up and pretended to go to work every day.

List eventually got a new job, that paid less, but quickly lost that one as well. This cycle continued, and List eventually resorted to skimming money off of his mother, Alma’s accounts. By 1971, John List was bankrupt. 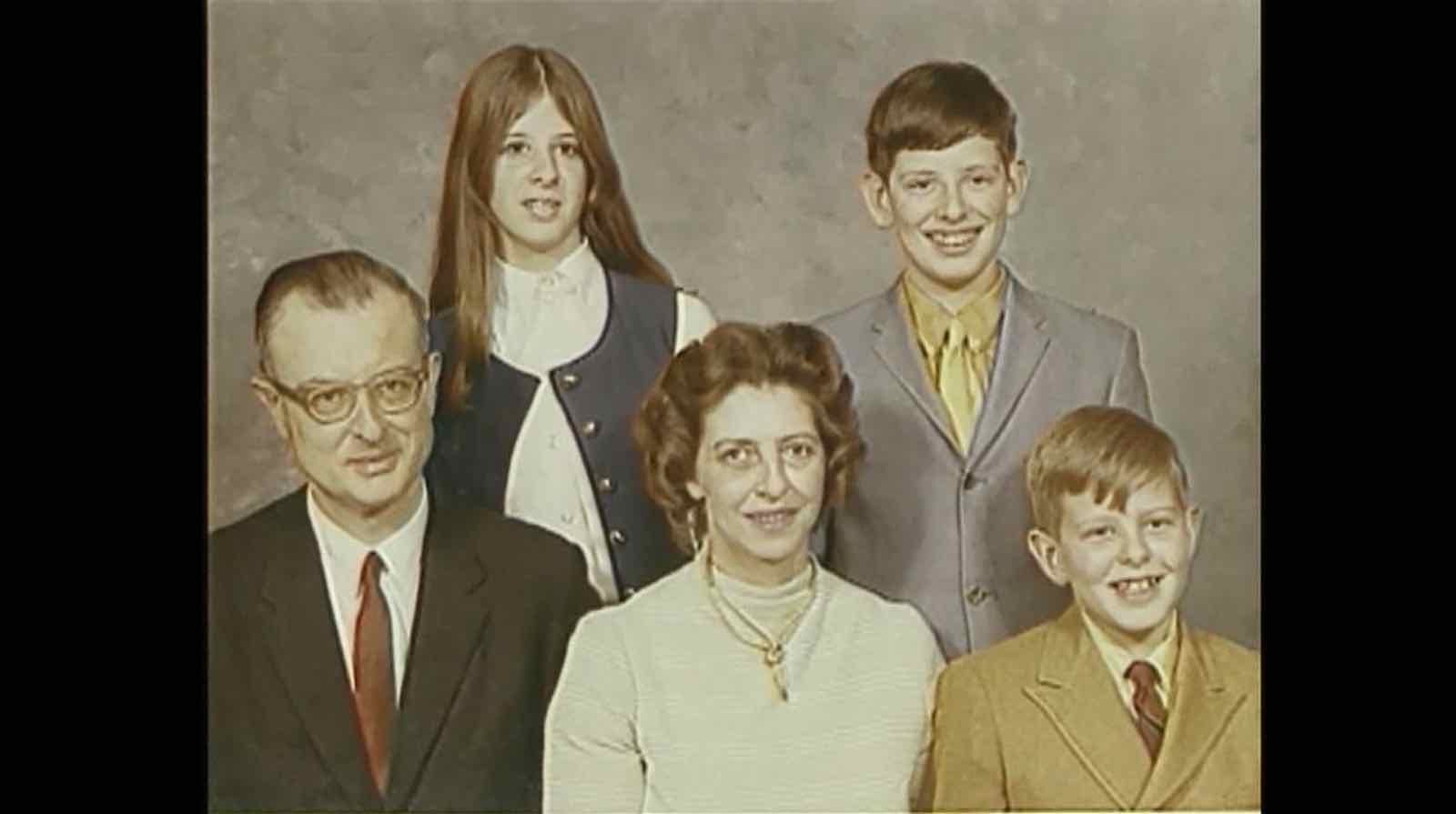 Facing the humiliation of admitting to his family that they were financially broke, as well as the increasing evidence that his family was becoming morally bankrupt as well, John List saw only one option. He would need to kill his family while they could still make it into heaven.

On November 9th, 1971, John List woke his children and sent them off to school. He then shot Helen, 46, in the back of the head as she drank her morning coffee. List then placed her body on a sleeping bag and dragged her into the ballroom.

Next, John List headed upstairs to his mother’s apartment, where he shot and killed his mother, Alma List, 84. Alma was too heavy for List to move to the ballroom, so he left her where she had fallen, and put a towel over her face. 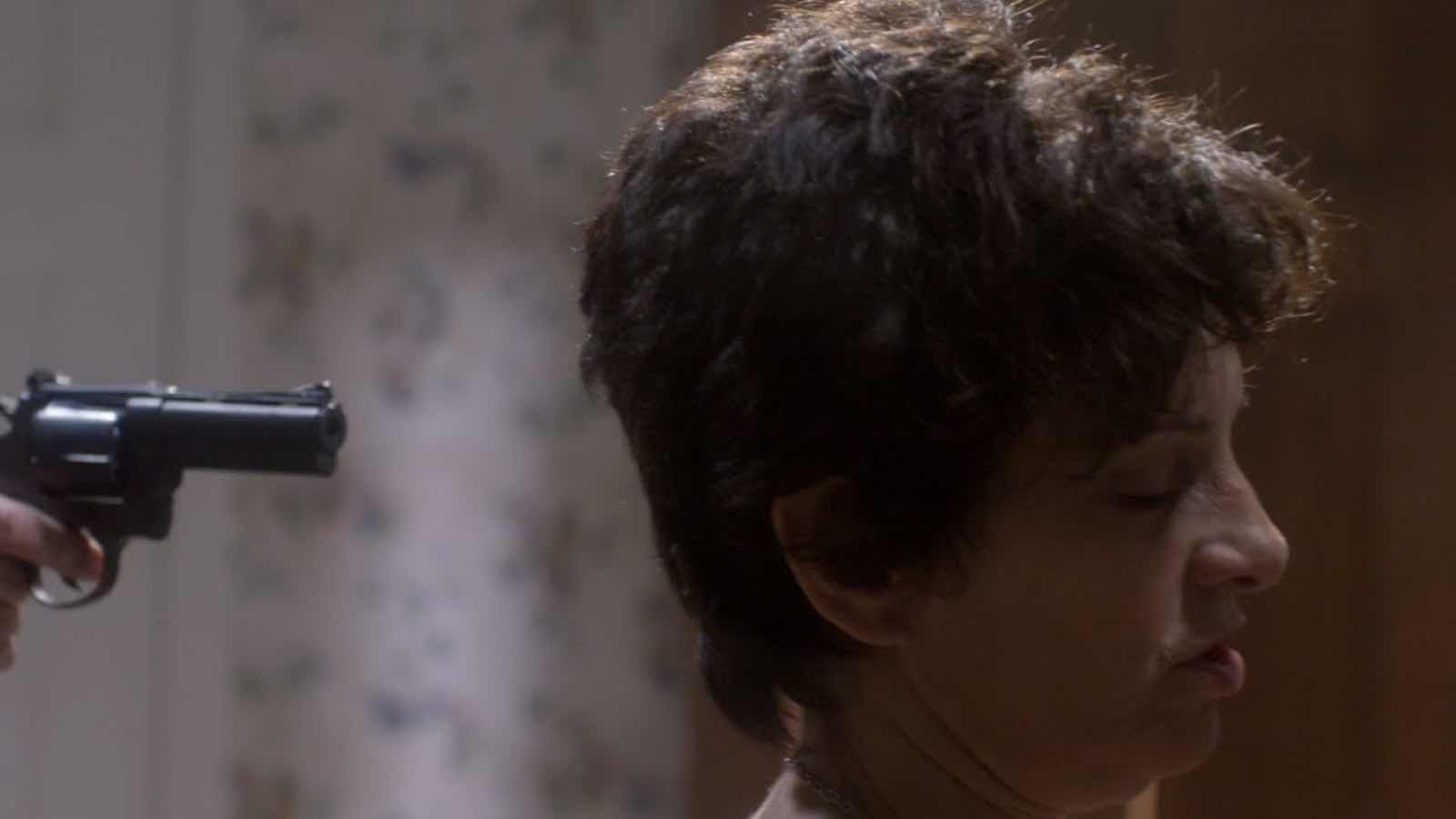 While John List waited for his children to come home, he contacted his kids’ teachers and anyone else who they may come in contact with. He told them that the family was leaving to go take care of a sick relative in North Carolina. He stopped their mail and newspaper deliveries, and then he cashed out the rest of his mother’s money.

When Patricia came home from school, John List shot his 16-year-old daughter and laid her in the ballroom next to her mother. When 13-year-old Frederick came home, he experienced the same fate. 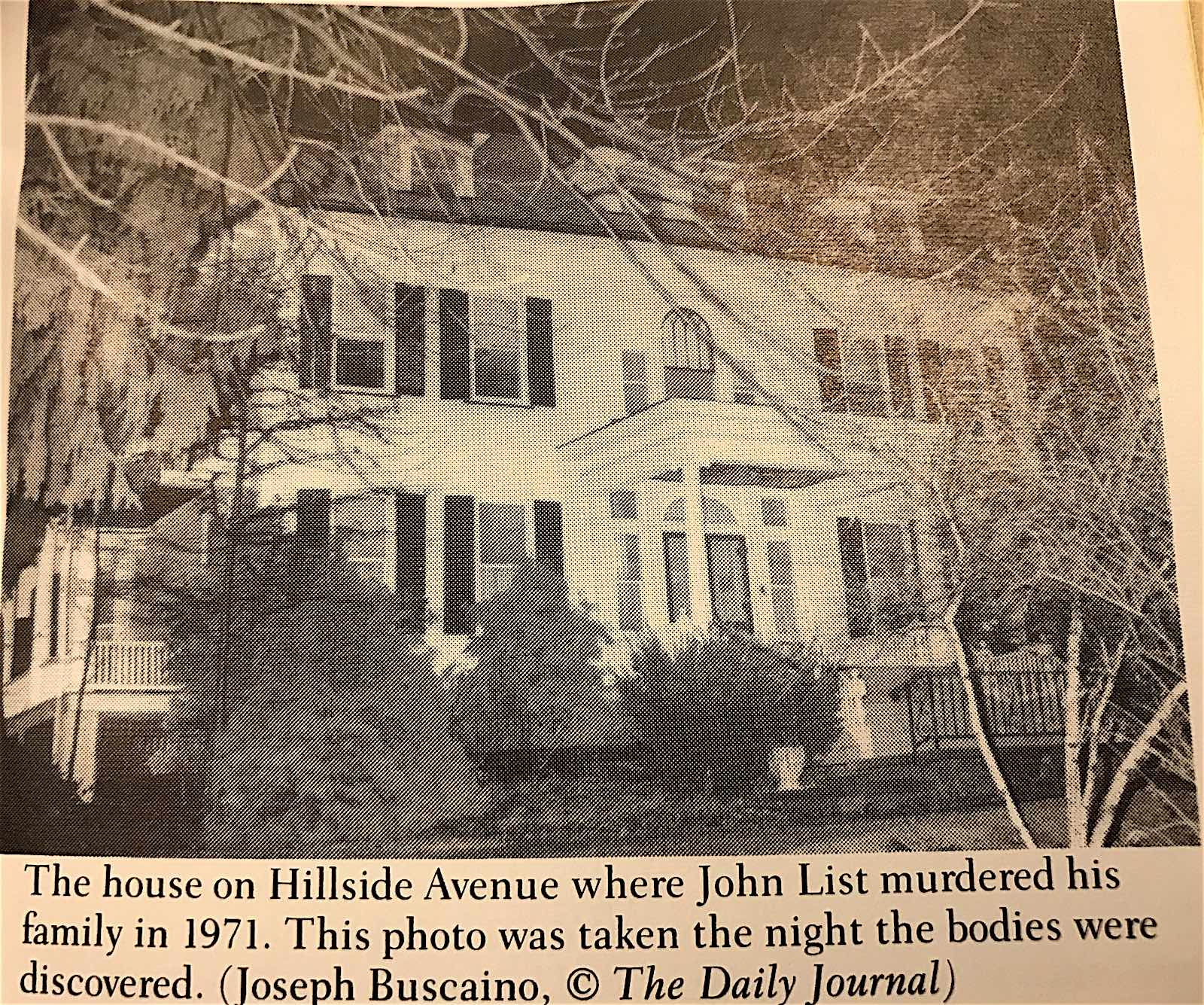 John List then drove to his 15-year-old son, John Jr.’s soccer game, where he watched his son play before driving him home, and shooting him and laying him in the ballroom just like the rest of the family. Then, with his dead family laid out in the ballroom (and Alma’s apartment), List cleaned up, made and ate his dinner, did his dishes, and went to bed.

The next day, John List turned down the air conditioning, turned on the lights and some classical music, and wrote a full confession out to his pastor before leaving town forever. 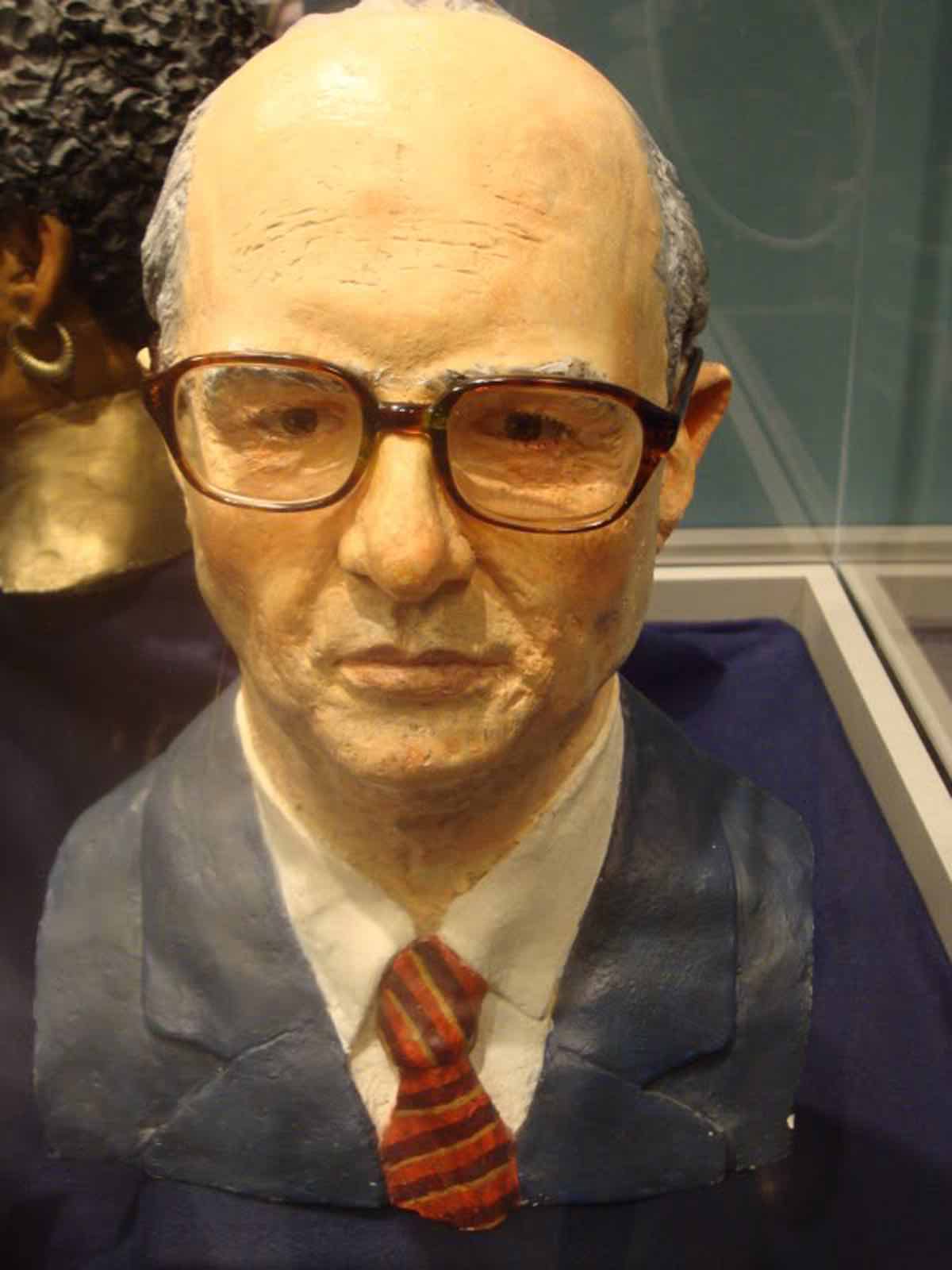 John List’s meticulous plan worked perfectly. It was a month before anyone began to wonder about the List family’s disappearance. Patricia’s drama teacher decided to grab another teacher and investigate where his student had disappeared to. As the teachers tried to look into the windows of the abandoned house, the neighbors saw people creeping around the home and called the police.

Upon the officers’ arrival, the neighbors, teachers, and law enforcement decided to enter the List home, where they found the partially decomposed remains of Alma, Helen, Patricia, Frederick, and John Jr., as well as the note from John List, detailing the murders and his reasoning behind them.

Prior to departing New Jersey, John List had destroyed all photographs of himself and parked his car at John f. Kennedy airport before taking a bus into New York City, and a train to Denver, Colorado. By the time his family and his heinous acts were discovered, List’s trail had long gone cold. 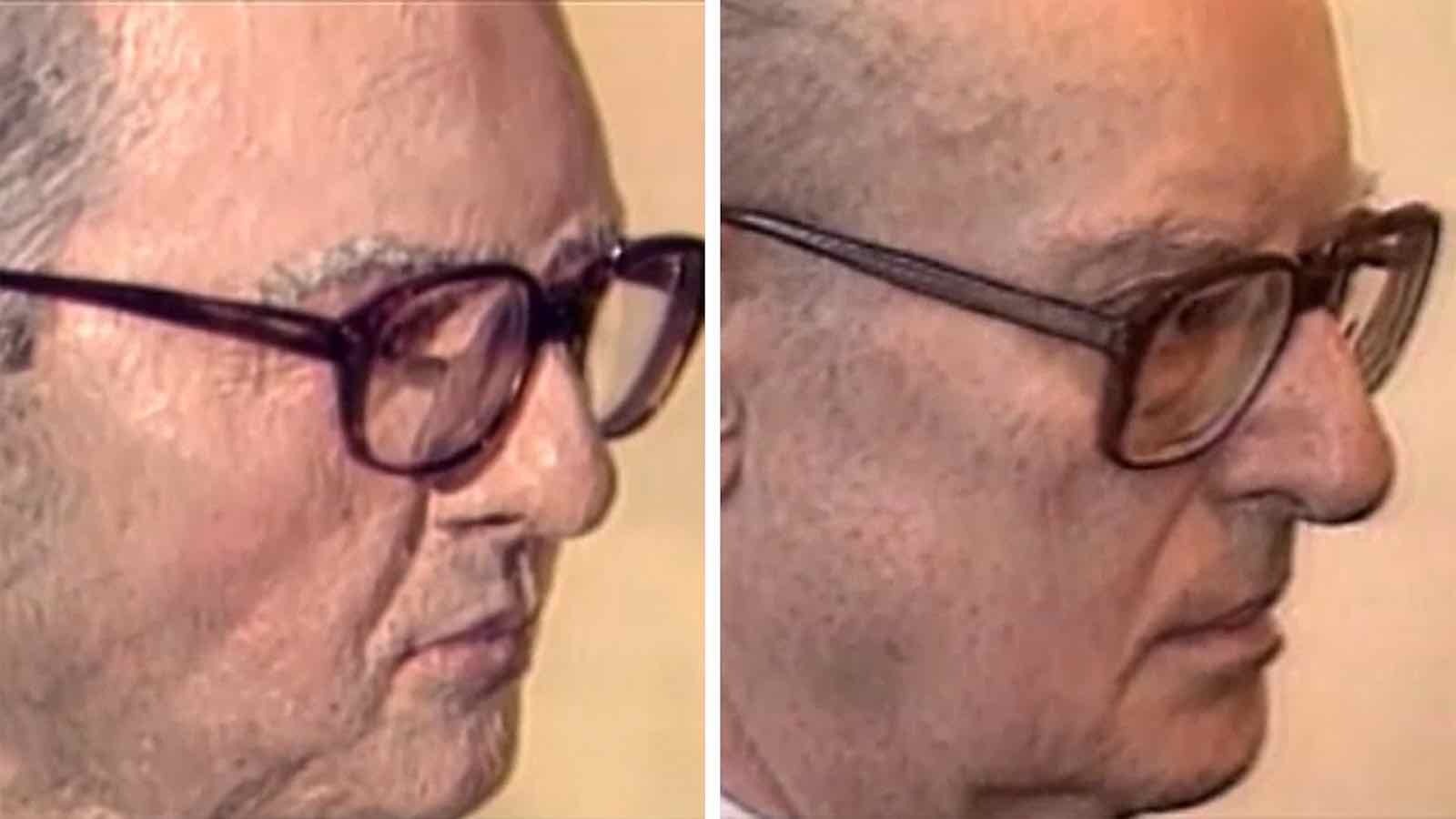 John Walsh is now known as a criminal investigator, television personality, and victim’s advocate, but he came to that role through tragedy. On July 27th, 1981, John Walsh’s son, 6-year-old Adam was abducted from a Sears department store, and found dead two weeks later.

John Walsh ended up using Adam’s death to find a new purpose as the host of America’s Most Wanted, a show determined to use the media to bring violent criminals to justice. When John Walsh heard the story of John List’s killings, he was determined to help capture the family-killer.

Knowing that John List had managed to go unrecognized for almost two decades, Walsh reached out to forensic sculptor Frank Bender to create a bust of how List would look now. Together with forensic psychologist Richard Walter, Bender created a bust in List’s likeness that was shown to the world on America’s Most Wanted. 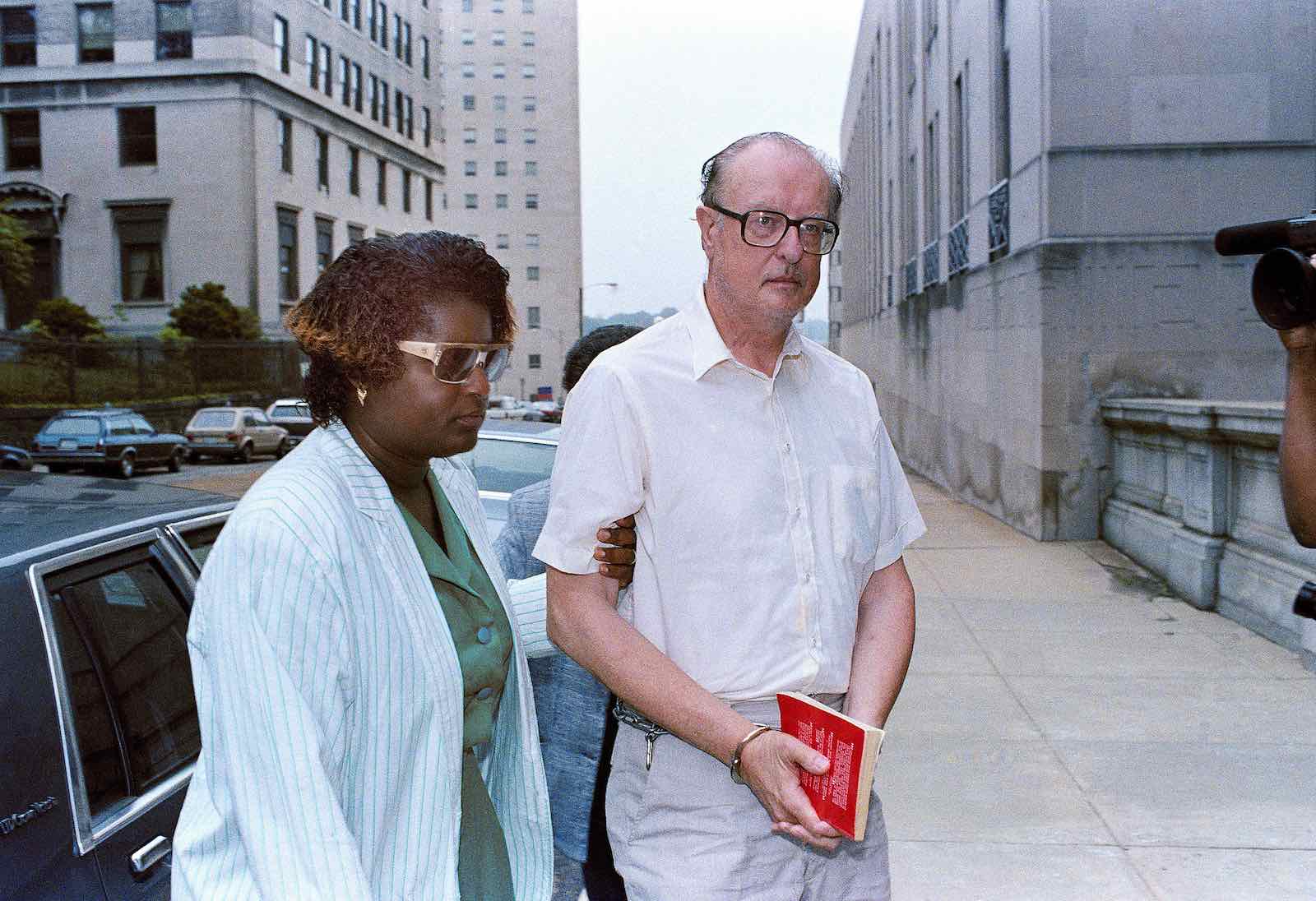 The May 29th, 1989 airing of America’s Most Wanted was viewed in 22 million households, including that of Wanda Flanery. Together with her daughter Eva Mitchell, Flanery was sure that she knew who John List was posing as, her former neighbor, Bob Clark. The bust was a perfect match for Clark, even his distinct glasses.

John List was indeed hiding as Bob Clark, and now living a new life with his new wife, Delores Miller, who divorced him after his arrest. John List was found and brought to justice, sentenced to five consecutive life sentences for the murders of his family.

John List died in prison from pneumonia on March 21th, 2008. 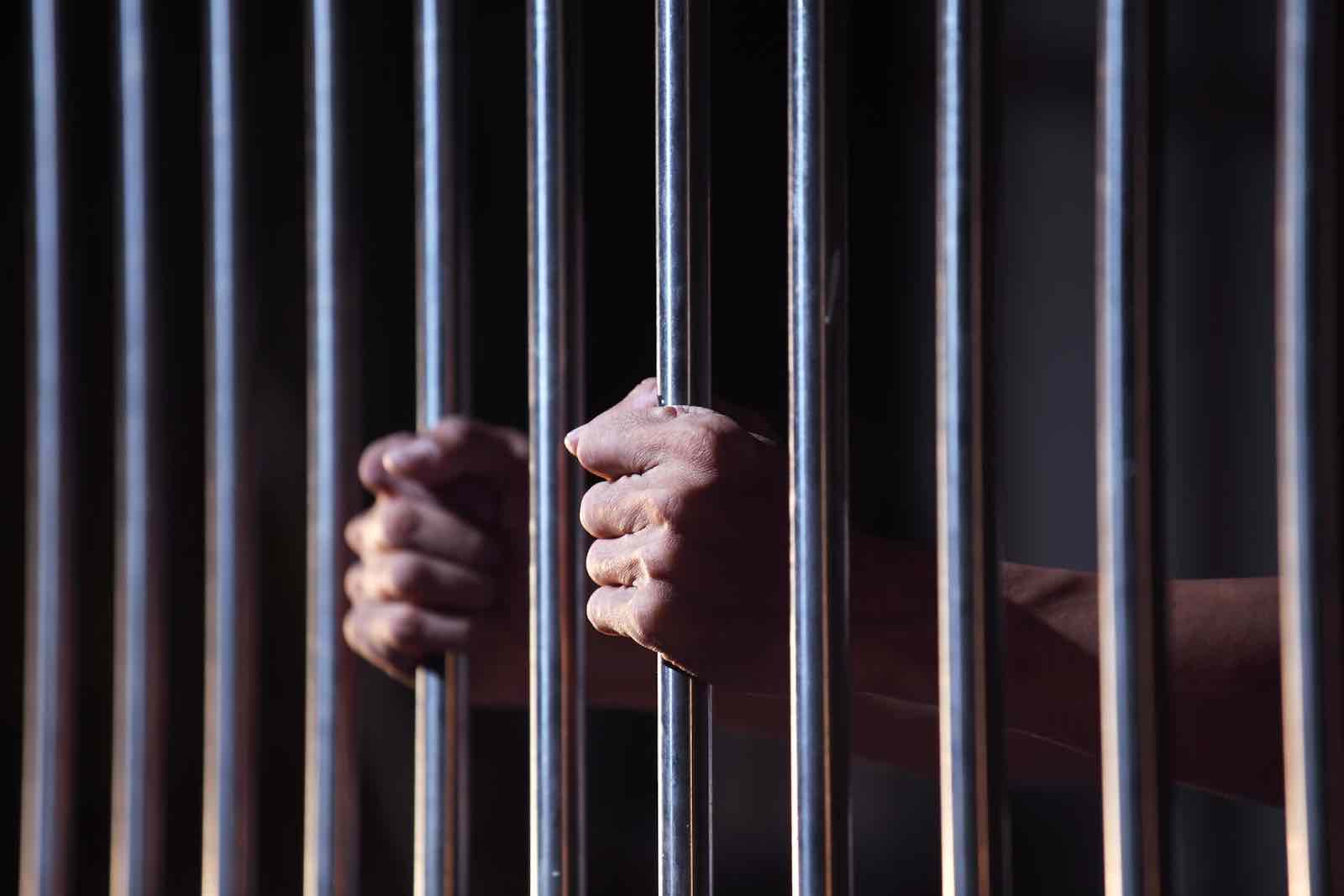 John List has made his way onto our televisions again and again after his appearance on America’s Most Wanted. You can catch more coverage of his murders in the 1993 film, Judgement Day: The John List Story, the 1987 film The Stepfather as well as the 2009 remake of the same name.

Forensic Files covered John List in 1996, as did A&E’s American Justice in 2003. In 2015, Investigation Discovery featured List on the show, Your Worst Nightmare in the episode “The Murder House”. John List is also rumored to be part of the inspiration for the role of Keyser Söze in The Usual Suspects.

Finally, it’s worth noting that the stained glass window that List laid his family under after their deaths was a Tiffany’s original, worth over $100,000. That window could have erased the family’s debt with money to spare.