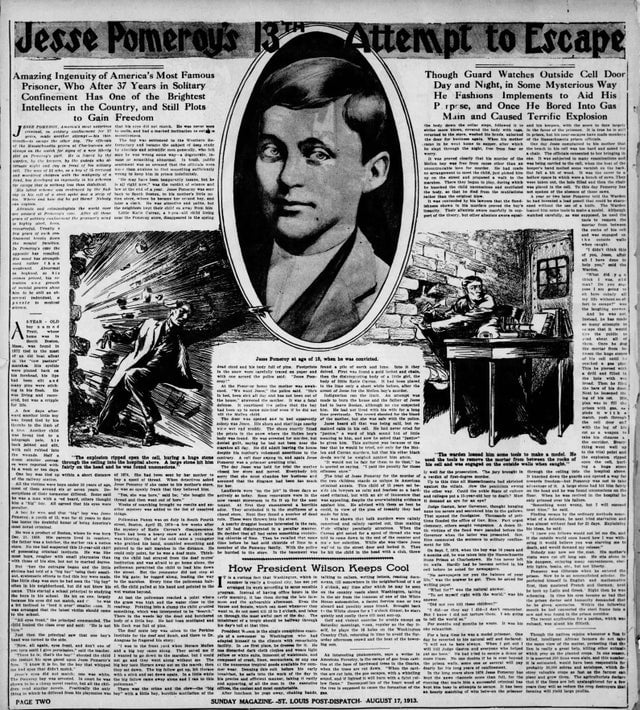 Jesse Pomeroy was born on November 29th, 1859. A mere fourteen years later he would be found guilty for not one, but two murders. Pomeroy was also known for being rebellious. He never liked school much (something he says in his autobiography), and frequently skipped class whenever he could.

In1871 and 1872, young boys in Pomeroy’s town were being lured into unpopulated areas and then attacked by another boy. The assaults were not minor. The boys were first stripped and tied, and then were beaten with fists and whipped with belts. Two of them were knifed. More than one of the boys were physically scarred for life.

Later in 1872, Jesse Pomeroy moved to southern Boston with his mother and brother. Pomeroy, despite disliking school, enrolled himself in a new one. His brother delivered newspapers and his mother owned a dress shop. 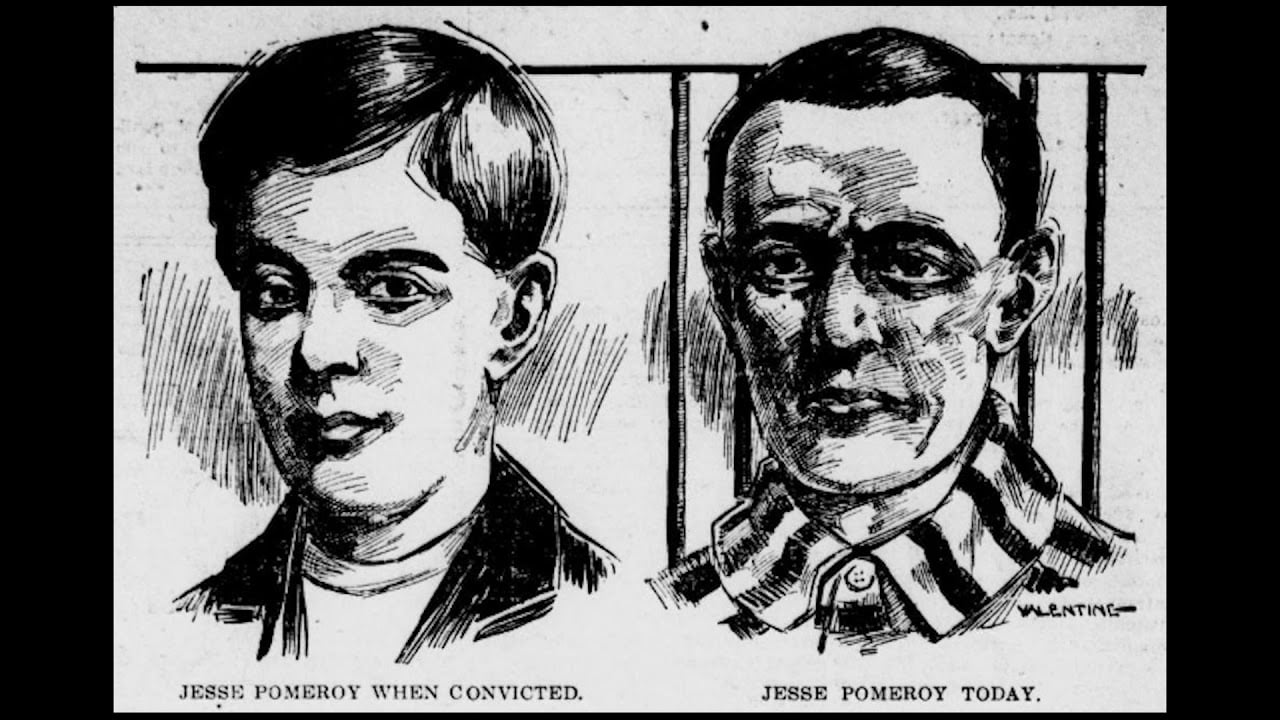 One day while Pomeroy was in class– he hadn’t skipped that day– an officer came in with a young boy and the two looked around the room. The child said, “The boy isn’t here,” and the two left. This was not the end of it, though.

On his walk home from school Pomeroy walked past the police station. The officer who had been in his classroom quickly stopped Pomeroy and grabbed him by the arm, insisting he come to the station to talk.

In his autobiography, Jesse Pomeroy claims he cried because he was so afraid. Pomeroy also said he had nothing to do with the crimes committed against younger boys. However, a number of them identified him easily once he entered the station. One of Pomeroy’s eyes was completely white, which made him rather distinguishable from other people. 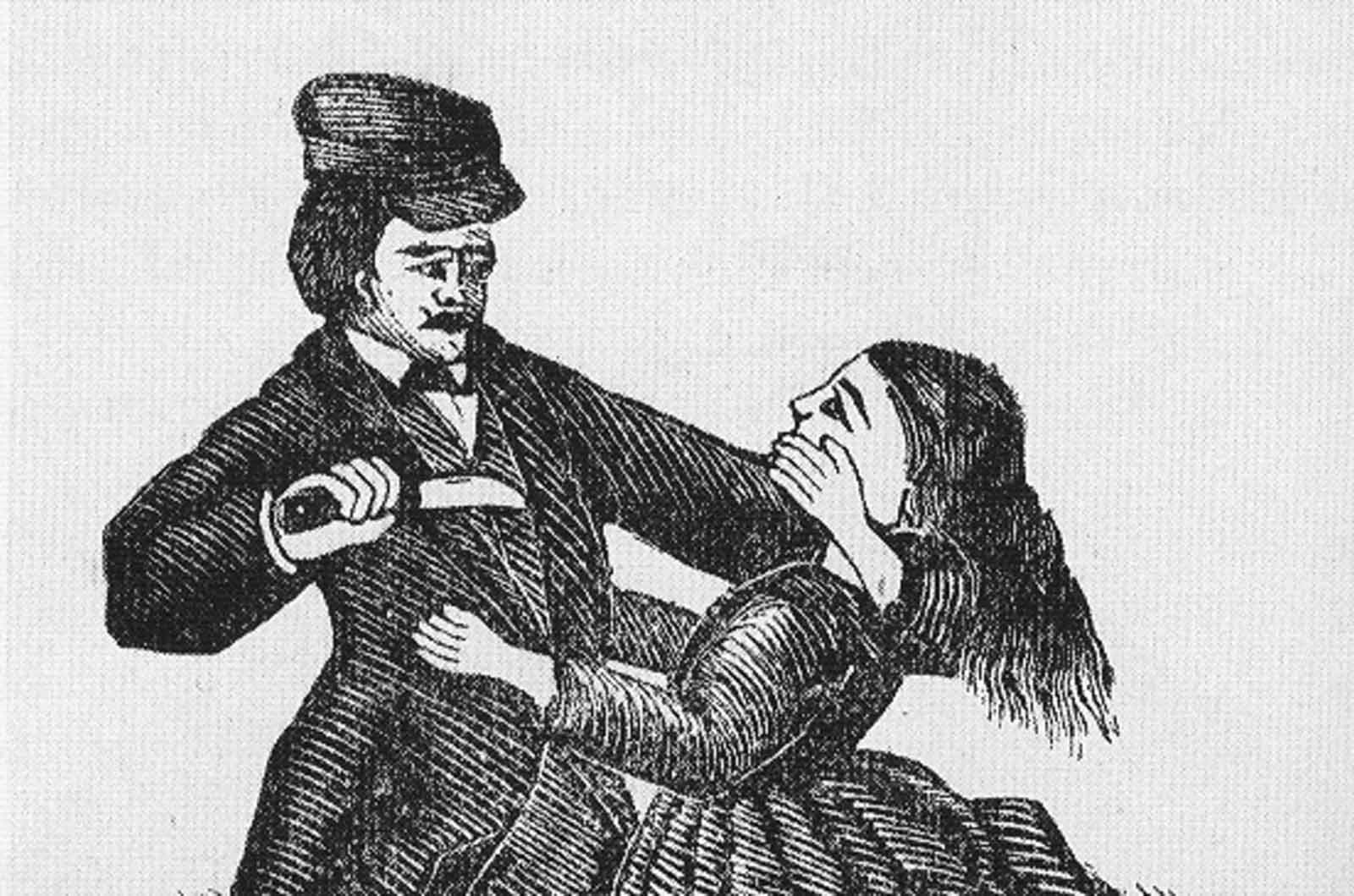 In his autobiography, Pomeroy refutes the logic of being identified solely for his unusual eye. He claimed there were other boys with similar eyes and if the only thing any of the victims could remember was a white eye, then surely it could have been someone else.

Pomeroy did not confess, maintaining his innocence. In his autobiography he claims he was woken in the middle of the night and forced to confess against his will. Whether or not that happened, he went to trial later and was found guilty of having assaulted the younger boys. The court called him “mentally deficient”.

Pomeroy was twelve years old at this point. He was sentenced to remain at a reform school for boys in Westborough, Massachusetts until he was a legal adult. Despite his sentencing, in 1847 Pomeroy was released a mere one and a half years later for good behavior. Jesse Pomeroy was fourteen years old. 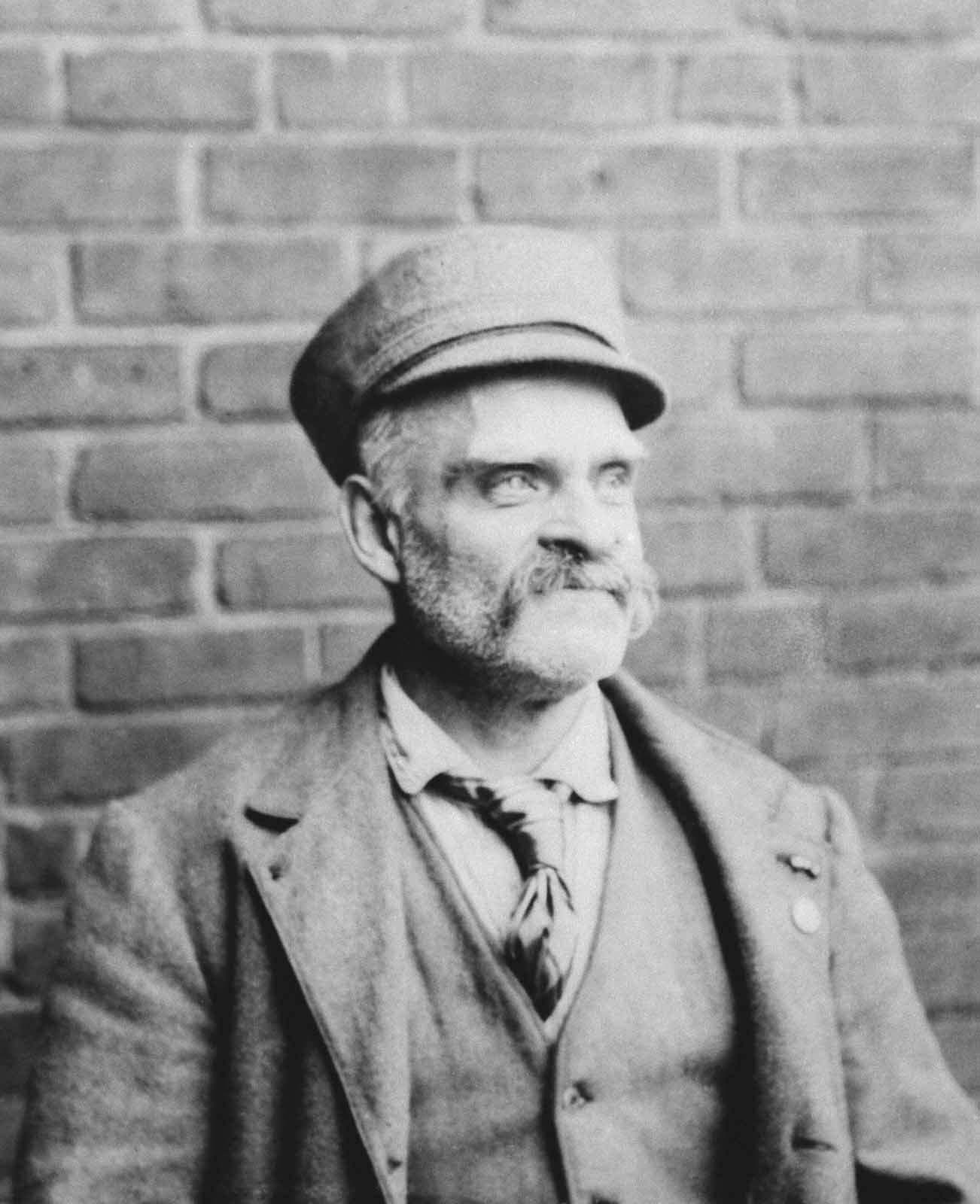 Once more under the care of his mother, Pomeroy was free to continue his nasty ways. It wasn’t long until a ten-year-old girl named Katie Curran disappeared. Shortly after the girl’s disappearance a four-year-old boy’s body was found in a marsh. The boy had clearly been tortured mercilessly.

Pomeroy maintained his whole life he hadn’t even heard of Katie Curran until a full day after she had gone missing. It didn’t matter that a week after Katie went missing her remains were found in the basement of his mother’s shop. The body had been clumsily buried in ashes.

Jesse Pomeroy was arrested and sent to trial for the two murders. The trial only lasted two days, at which point Pomeroy was found guilty and sentenced to be hanged. However, the governor refused to sign the death warrant. After multiple council votes it was eventually agreed upon to sentence Pomeroy to life in prison. 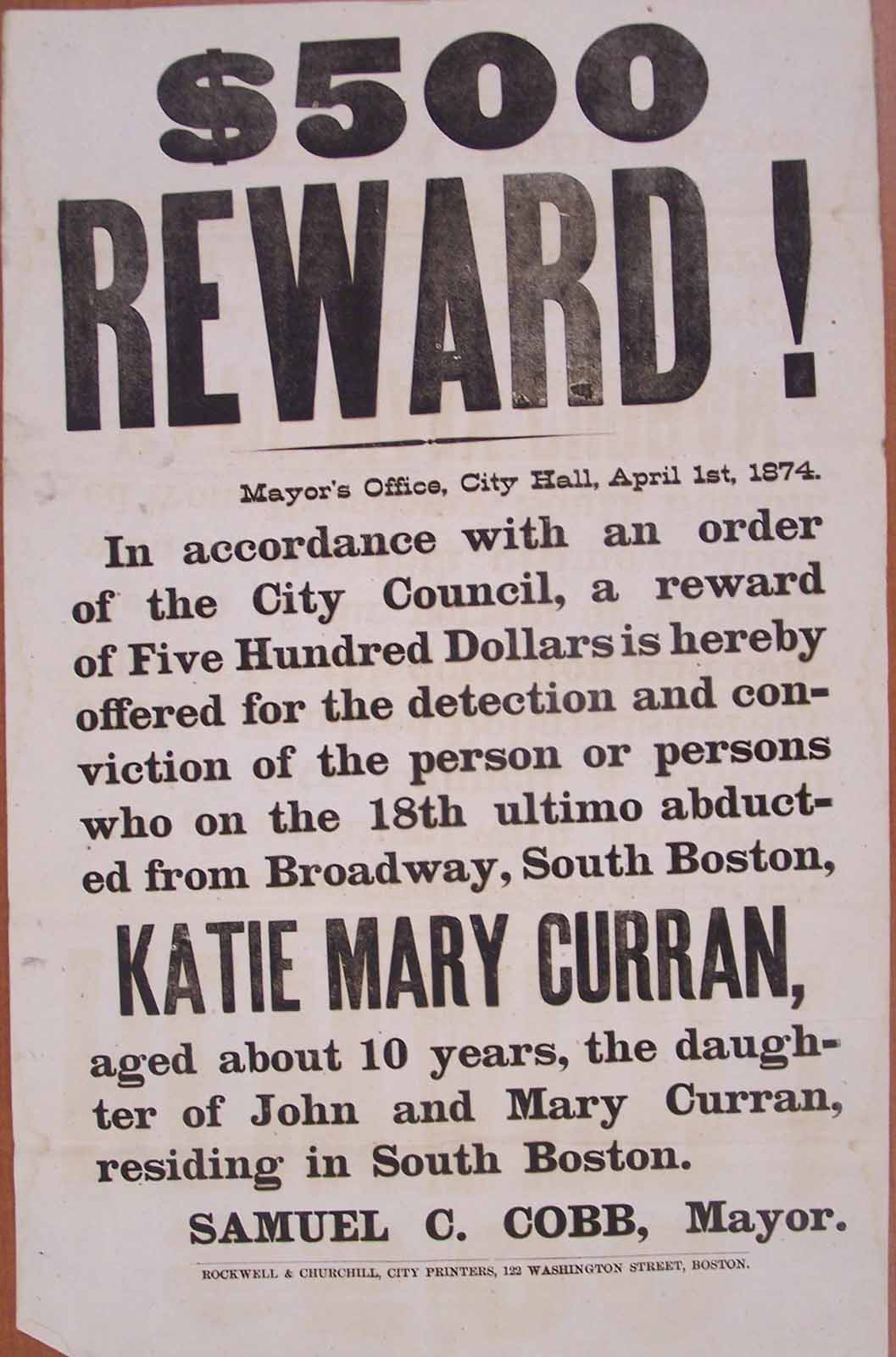 Pomeroy was held in solitary confinement.

Despite Jesse Pomeroy’s adamant distaste for schooling, he began to teach himself various subjects in his confinement. He read books– especially on law and foreign languages, and wrote poetry. Multiple sources cite him as being surprisingly proficient in both German and Hebrew.

Not to mention Pomeroy’s autobiography was published in the Boston Sunday Times in installments over the course of two weeks. 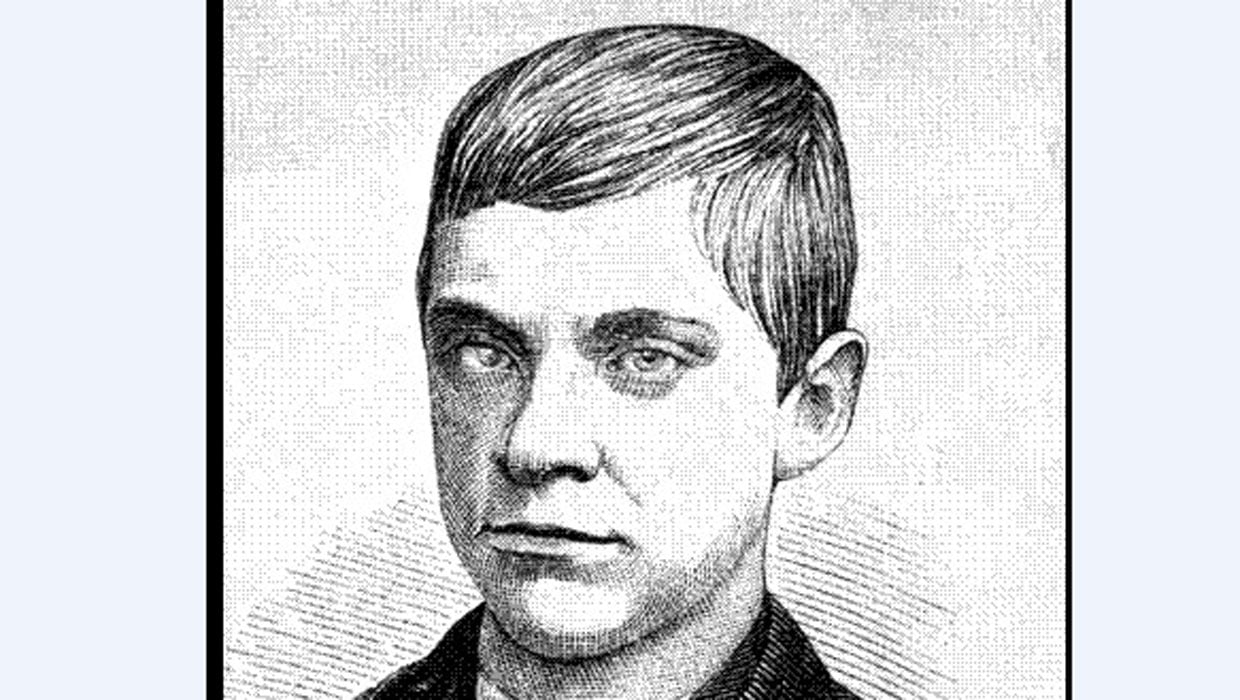 His studies were not the only thing to keep him busy, however. Jesse Pomeroy made somewhere between ten or twelve attempts to escape. It was not uncommon for tools to be found in his cell that he’d made himself for the express purpose of getting out. In 1914 Pomeroy supposedly lost an eye in an effort to redirect a gas pipe in order to break the wall of his cell.

His whole life Jesse Pomeroy insisted he was innocent and described his trials and the events leading up to them as unfair and unjust. In his autobiography, he lays out his own version of facts to sway readers he was not involved in the murders or beatings.

Pomeroy was eventually moved to a hospital for the criminally insane in 1929 due to his failing health and advanced age. Jesse Pomeroy died there in 1932.