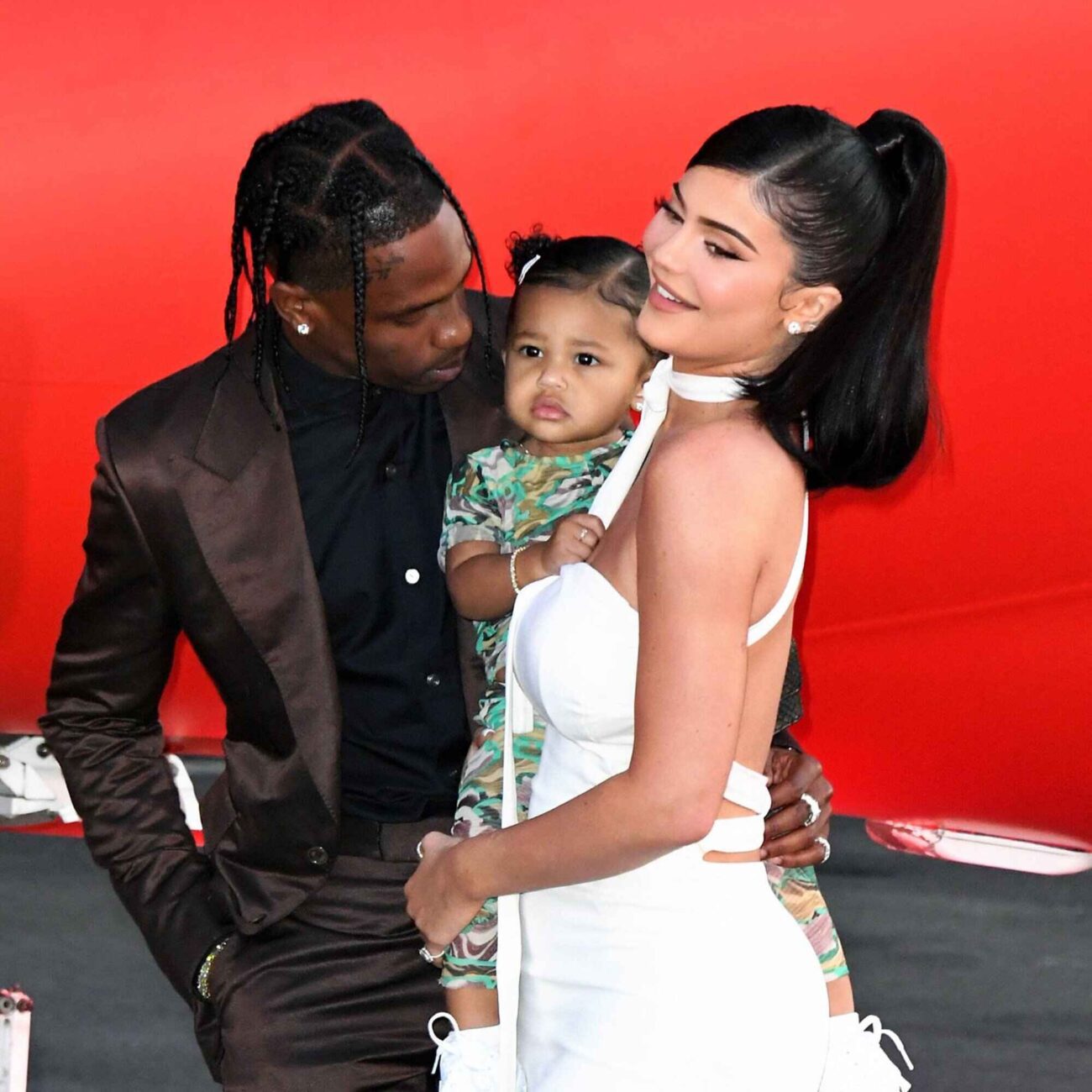 Kylie Jenner is pregnant with baby number two! The businesswoman and social media influencer revealed the exciting news to her fans via Instagram on Monday through a heartwarming home video. Of course, fans of the star are going crazy knowing that Kylie’s daughter, Stormi Webster, will be an older sister soon enough. So who is the child’s father and just how far along is she? Let’s take a look at all the details so far here. 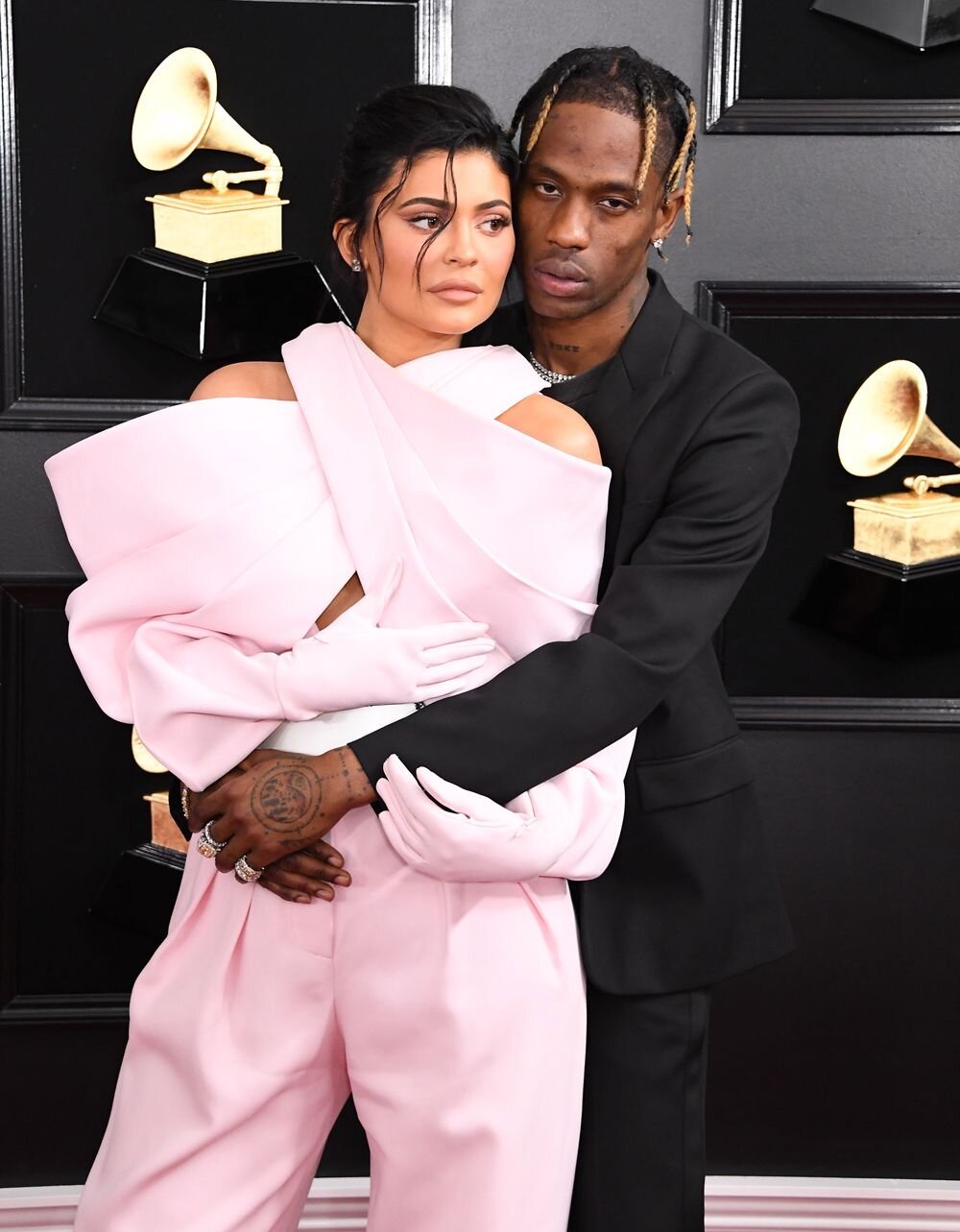 Kylie Jenner first revealed that she was indeed pregnant with another child through a simple Instagram post on September 7th. The star decided to make her announcement with an adorable & emotional home video that lasted one minute and thirty seconds. Along with the video, she added a caption of an emoji of a heart and a pregnant soon-to-be-parent, and simply tagged her boyfriend, rapper Travis Scott.

The clip opens with Kylie Jenner holding up a positive pregnancy test, and reveals a smiling Travis Scott as he, Kylie and Stormi go together to the doctor’s. At the doctor’s office, the family is informed that they’re only “a couple of days away” from hearing the heartbeat of the new child. Of course, the couple look as excited as ever in the video. It is also amazing to see rapper Travis Scott look so happy, as we all know that is pretty rare!

Possibly the most wholesome moment in the clip is when Kris Jenner finds out Kylie Jenner is pregnant once again as Stormi hands her a handful of ultrasound photos, and she exclaims: “What is this? Wait, are you pregnant? Stormi, we’re going to have a baby”. Tearfully happy, she adds: “This is one of the happiest days of my life”. Other parts of the clip show the star’s twenty-fourth b-day bash with friends and her family.

All the special moments

At the very end of the clip, fans are absolutely going crazy over a video of three-year-old Stormi hugging and kissing her mother’s baby bump. It is such a wholesome and beautiful moment, and since Kylie Jenner made the announcement that she was pregnant with baby number two, her family members and her millions of fans on Instagram have been showing all the love and expressing their support.

In the Instagram comments, her sisters and other members in the Kardashian-Jenner family have been sharing all of their heartfelt comments. Kris Jenner wrote: “Crying all over again. what a special and amazing Blessing and gift God has given you!!!!” Kim Kardashian simply expressed: “Crying!!!!”, while Kourtney Kardashian added: “Crying this is so beautiful my blessed angel sister”, and Khloé Kardashian wrote: “Awwwww”.

It almost seems like just yesterday since Kylie Jenner brought her first child Stormi Webster into the world back in February of 2018. While Kylie Jenner never announced that she was even pregnant until Stormi was already born, the then-twenty-year-old uploaded a YouTube video to celebrate the birth of her daughter. The eleven-minute YouTube video quite literally broke the internet. Now, so has this new announcement!

Rumors of Kylie Jenner being pregnant with baby number two have been swirling around since back in 2019, when the social media star said that she was “cooking” up a new project. When fans quickly questioned if it was another child, the businesswoman responded with “Noooo lol”. However, eventually, loyal fans of the star have been closely watching and predicting that Kylie Jenner was pregnant for the past few months.

When reflecting back on why she kept her first pregnancy a secret, Kylie Jenner told Andy Cohen that “I shared so much of my life. I was also really young when I got pregnant, and it was just a lot for me personally. I didn’t know how I would bring that to the public too and have everyone’s opinion. I think it was just something that I needed to go through by myself”.