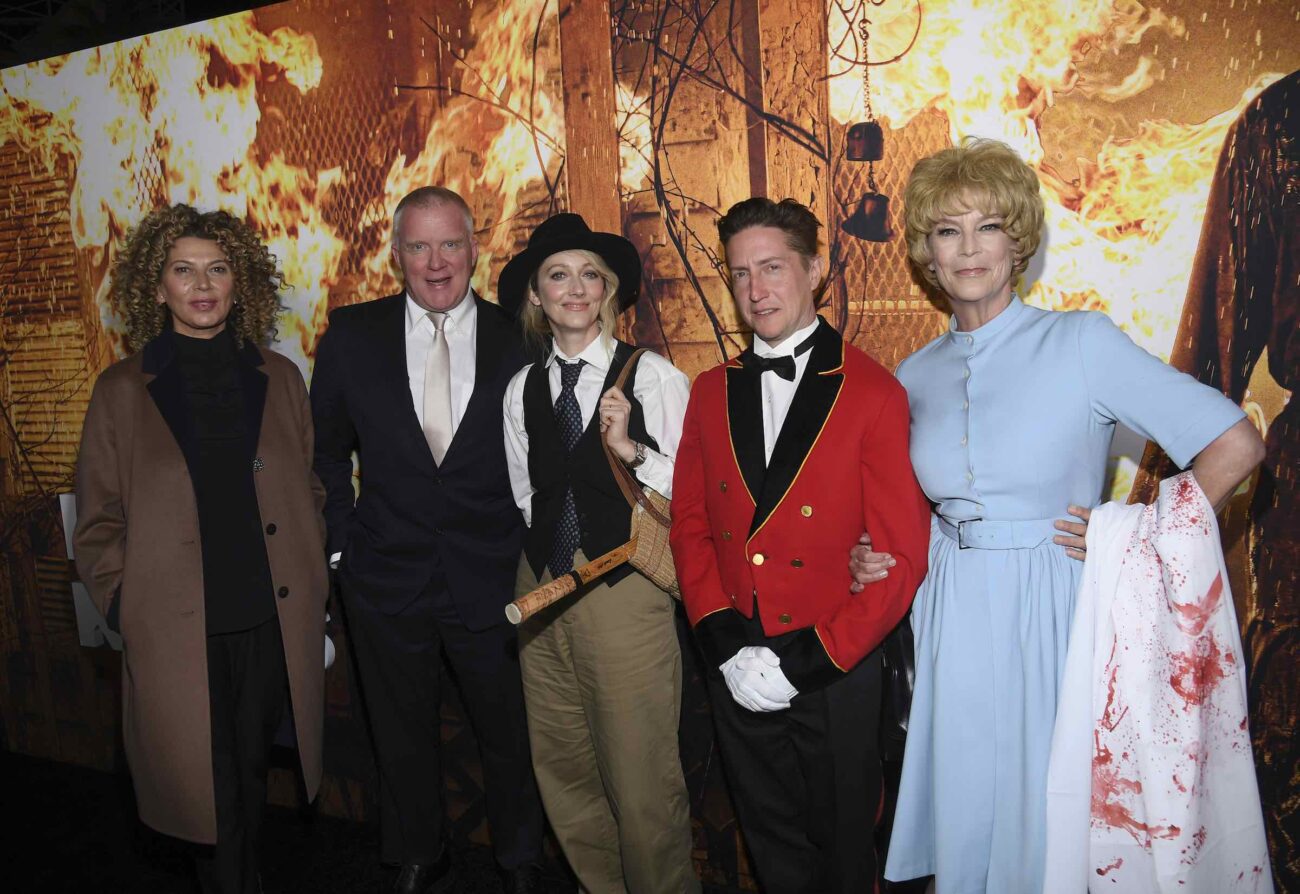 The premiere, which took place at the famous TCL Chinese Theatre in Hollywood, was full of fun characters as the premiere was a costume party. Jamie Lee Curtis, the scream queen of Halloween, showed off her horror roots by dressing up as Marion Crane, starting off this latest Halloween movie with Jamie Lee Curtis with a bang. 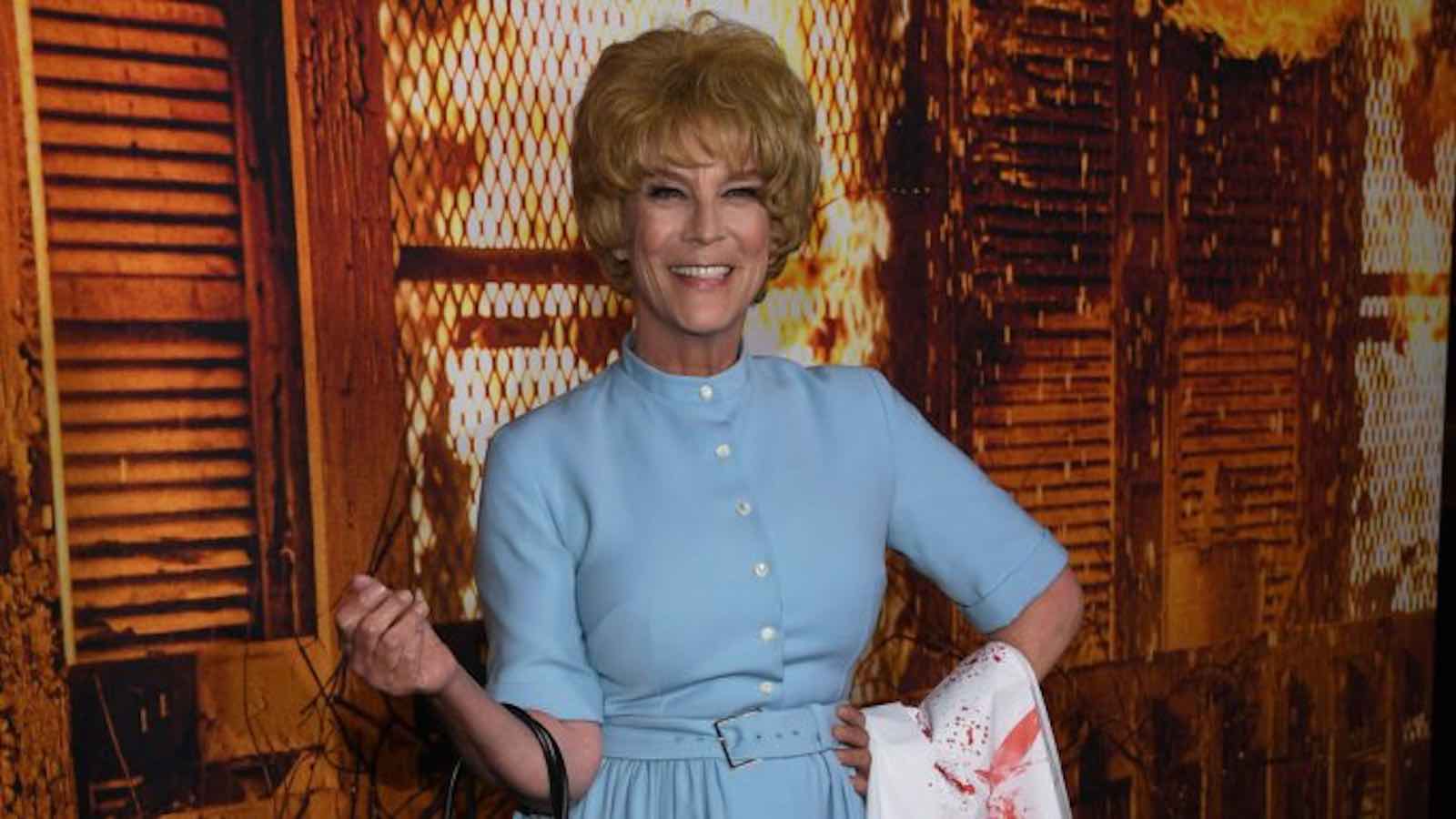 The premiere of this latest addition to the Halloween franchise was full of fun, iconic horror characters as well as fun costumes, but many agree that Jamie Lee Curtis in her blue dress and bloody shower curtain stole the show. Curtis was excited to celebrate this long-running franchise, stating how it captures some of the more ancient ideas of storytelling.

“It’s the ultimate good versus evil,” Curtis said according to Variety. “Laurie Strode represents the quotidian, quintessential, innocent American teenage girl, that is innocence personified. And when you collide it with the essence of evil which is Michael Meyers, you create a tension that you, the audience member, wants to protect her.”

The film is set to premiere tomorrow, October 15th, a whole year after its original premiere date, as the pandemic caused the film to experience delays. Nonetheless, the film promises to be a scary good time, according to director David Gordon Green. 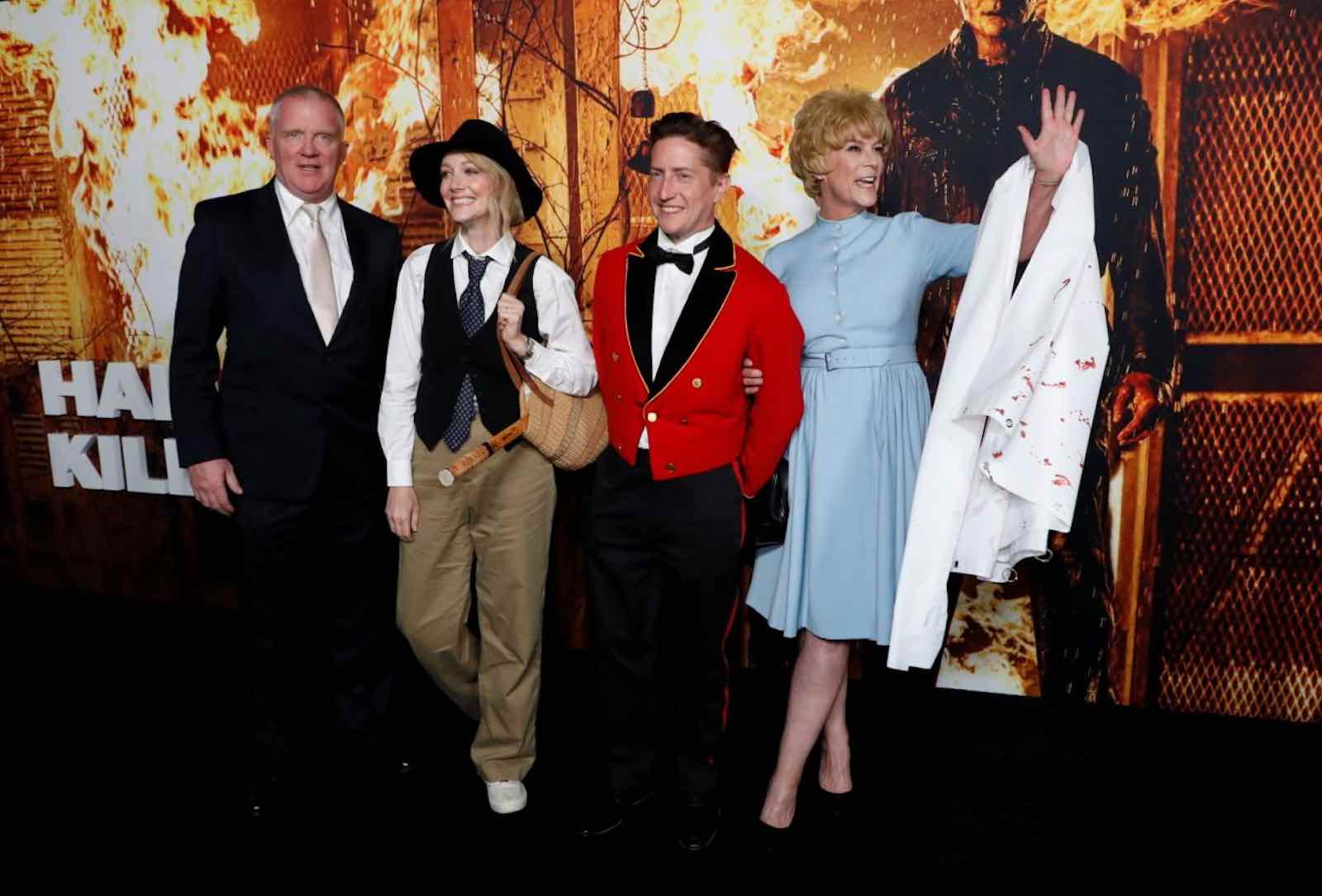 According to Green, while the franchise tackles themes of fear and the gravity of death, the beauty of it is that others can take their own lessons from the stories, which fit his costume as a classic ticket booth manager with a red uniform and gold detailing, a veritable purveyor of stories.

“The beauty of Michael Meyers is it’s an expressionless, emotionless face, and so we can project our fear onto him, or if you like having fun at a scary movie, let’s go scream our heads off and eat some popcorn,” Green said, according to Variety.

Since spooky season is underway, these kinds of scares are perfectly timed as the film nears its theatrical release date. Between the amazing costumes and insightful sentiments, how can we not get excited for Halloween Kills? Apparently, Twitter shares that sentiment as well as the love for Curtis’s costume choice.

Jaime is the GOAT…

Naturally, many on Twitter loved the costume choice for Curtis for the premiere of Halloween Kills. Reactions to the costume include:

Classic. I love Jamie Lee Curtis one of my favorite actress

How can we forget this classic!

She understood the assignment and I’m here for it 😂😅🔥

So are we and we are giving her LOTS of extra credit!

Are you excited for this new addition of the Halloween franchise with Jaime Lee Curtis? Let us know in the comments before Mike Meyers finds us!