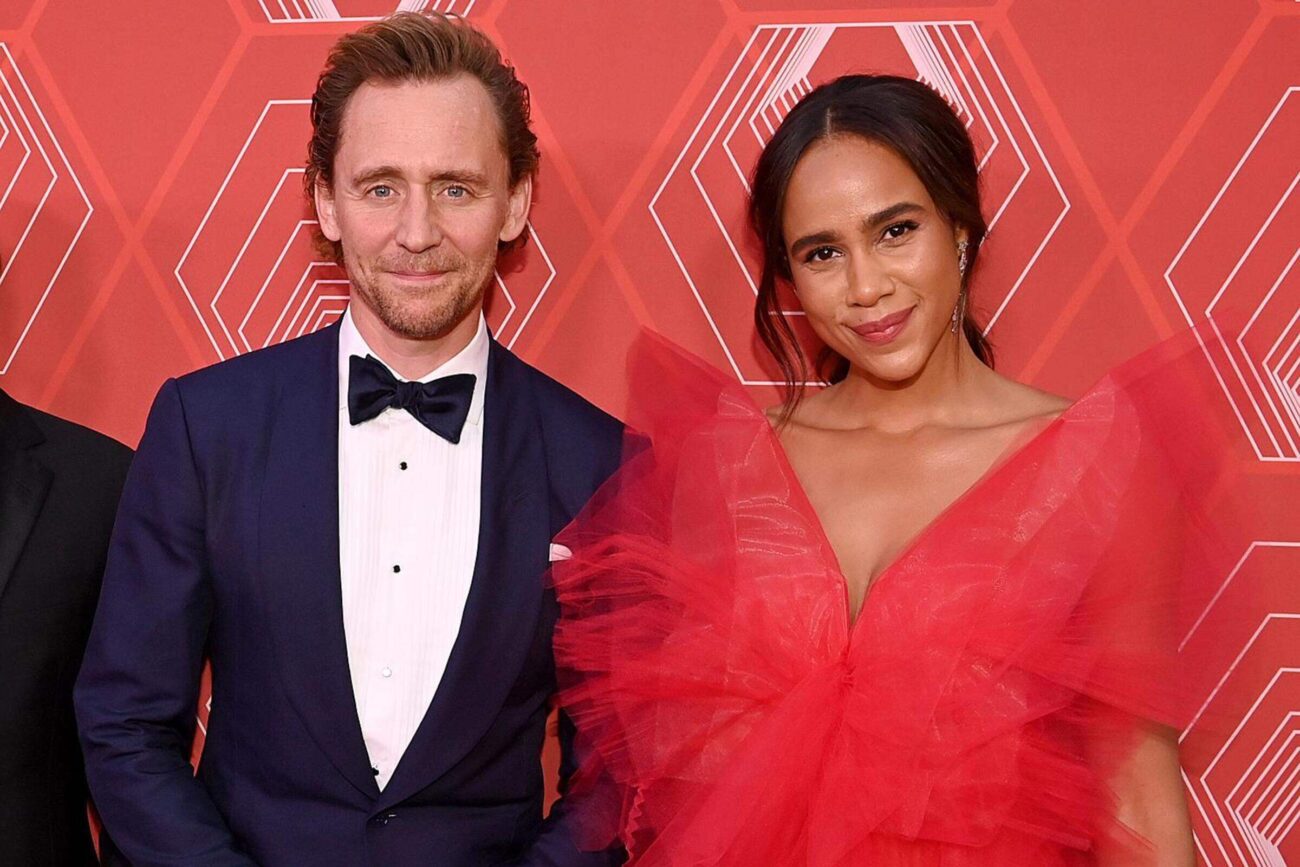 Have Zawe Ashton and Tom Hiddleston finally confirmed they’re dating? The two were spotted cozying up over the weekend while attending the 74th Tony Awards this weekend.

Rumors have circled about the secretive pair since they first worked together in 2019. Ironically, they had just played a married couple in the West End production of Betrayal in London.

Keep in mind, gossip rags have been romantically linking actors for years! If they’re two attractive people sharing a screen (or a stage with each other), the rumors will fly. So, are these two actually dating? Or does their love exist only in the imagination of the press? 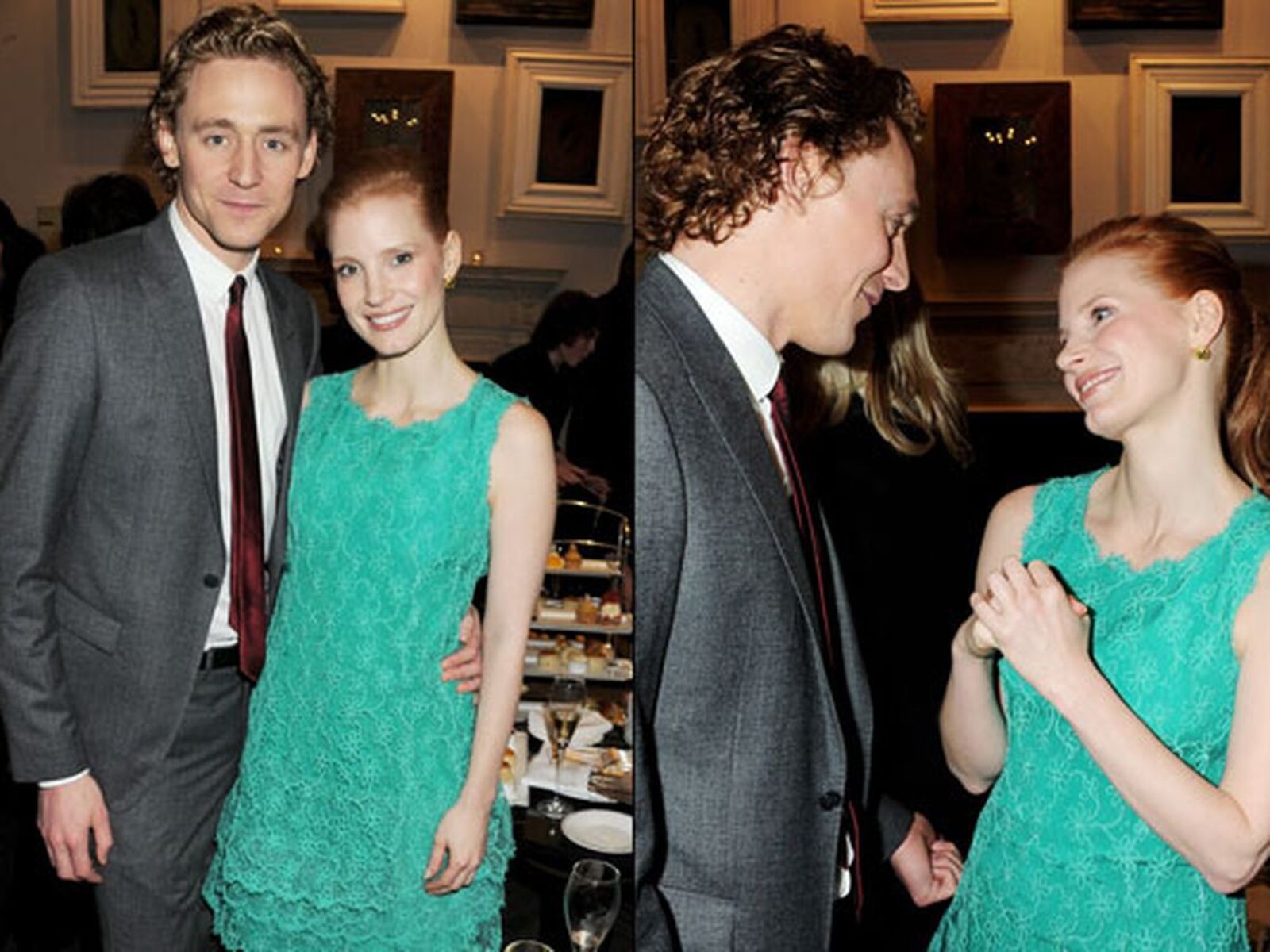 Actor Tom Hiddleston has been dating his way through Hollywood since the first Thor movie. He’s been rumored to, at least. He’s what Wendy Williams would call a Hot Topic.

Among his alleged girlfriends: Jessica Chastain, Jane Arthy, Elizabeth Olsen, and Priyanka Jonas (née Chopra). He was confirmed to have dated actress Susannah Fielding (The Merchant of Venice).

Fielding & Hiddleston met on the set of BBC’s Wallander and dated from 2008 to 2011. Then Hiddleston starred as Loki in MCU’s Thor and he was suddenly a huge movie star. The two parted ways once it was clear their careers had already done the same. 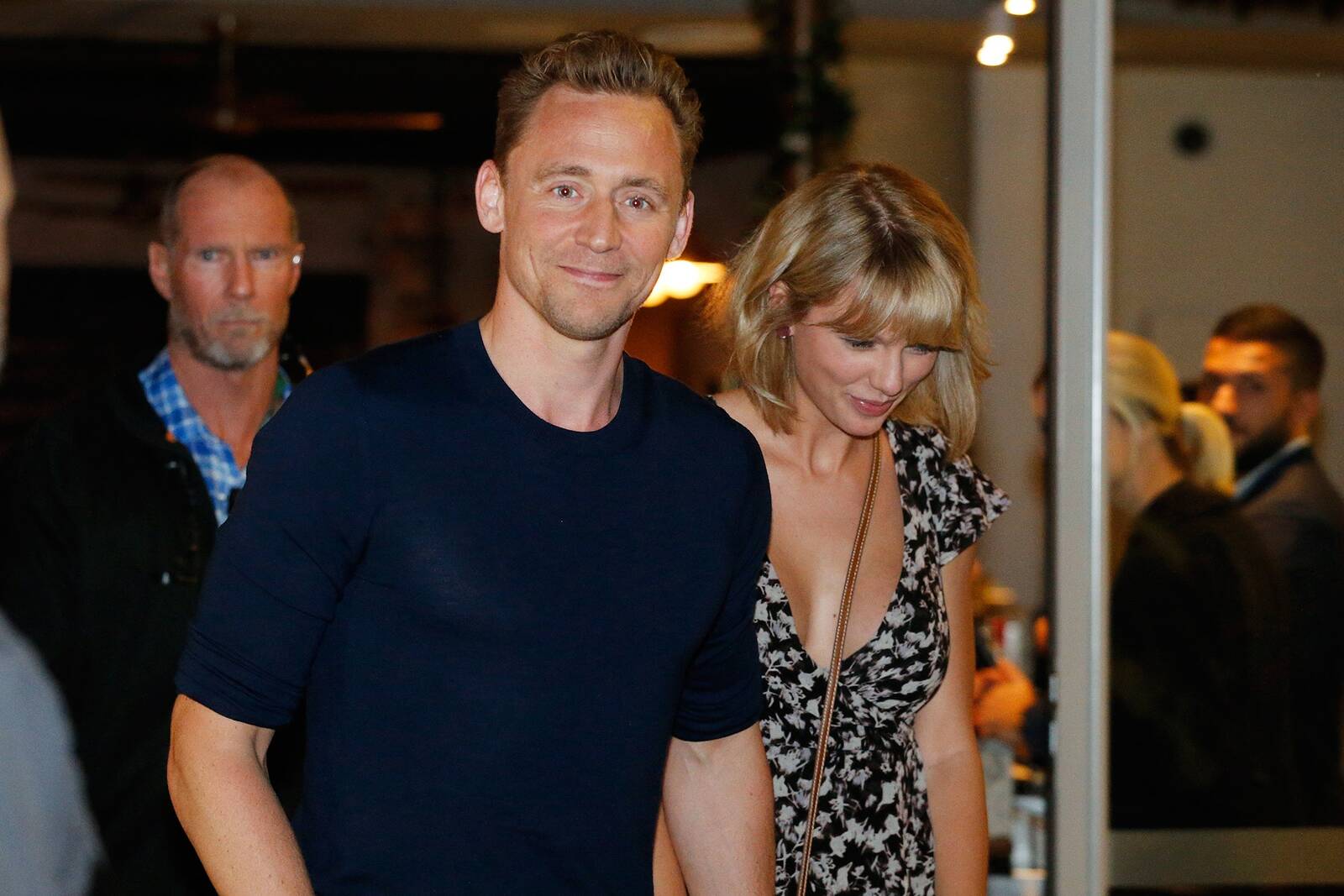 His infamous relationship with Taylor Swift didn’t last long, but it definitely ran hot. It started when the two danced to Jay-Z at the 2016 Met Gala. When Swift ended her relationship with Calvin Harris, she confirmed another with Hiddleston.

They met each other’s parents and spent time in Rome. Hiddleston’s infamous “I Heart T.S.” shirt will forever be seared in our brains! Then it ended. Ironically, the circus of media attention Fielding avoided by breaking up with him is exactly what chased him out of his relationship with Swift. 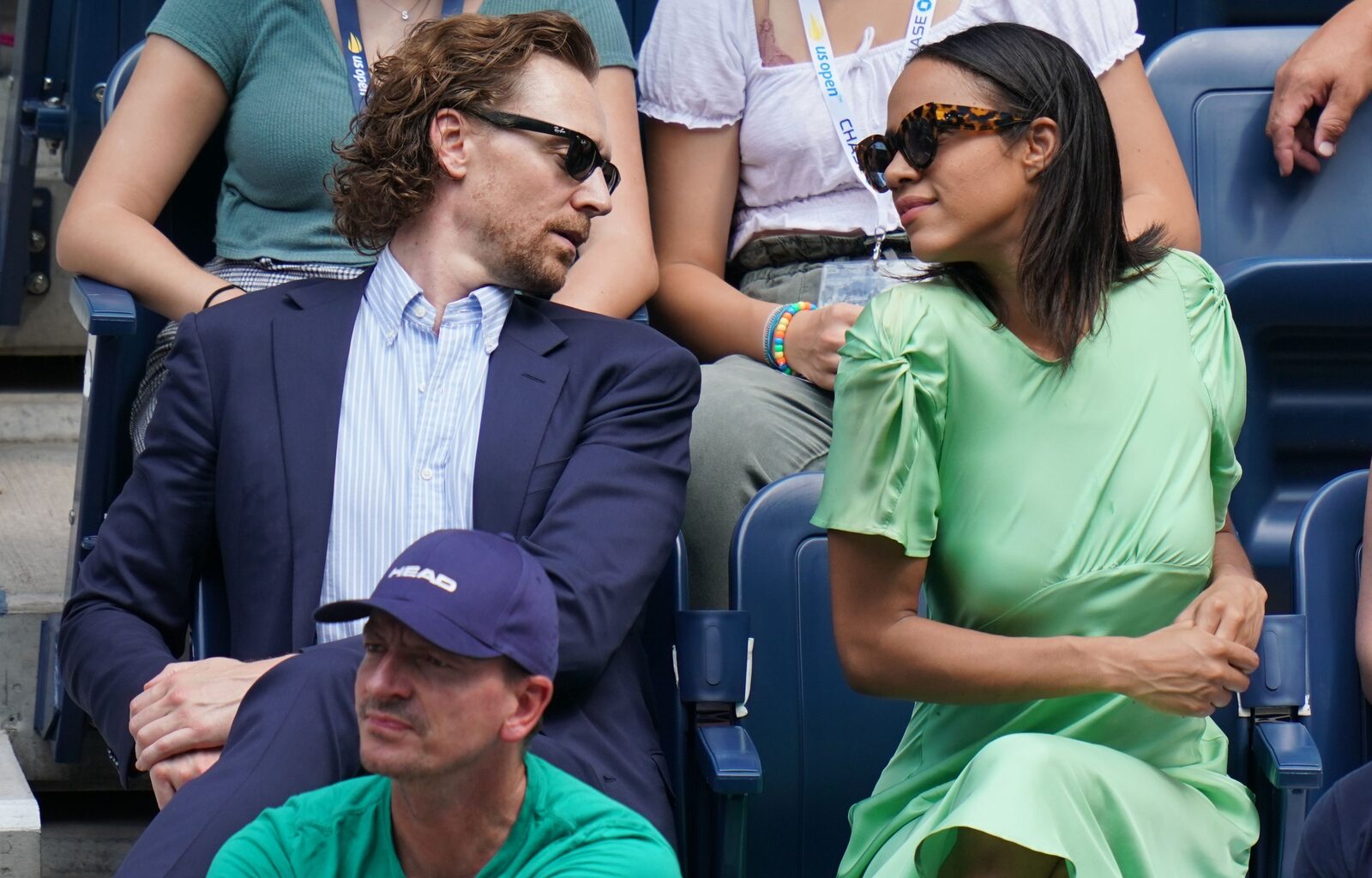 The two have been spotted together on multiple occasions and in multiple states of dress since first being linked in September 2019. Sources allegedly confirmed Hiddleston was in love with Ashton and ready to settle down.

In July 2020, they were rumored to have actually settled down in Atlanta, GA. Maybe the pandemic gave them the chance to slow down and take major steps in their relationship?

One has to wonder about all the secrecy. Most people want to shout it from the rooftops when they’re in love. However, Tom Hiddleston dating Taylor Swift was such a spectacle. So, he probably wanted to protect their love, especially in the early stages. 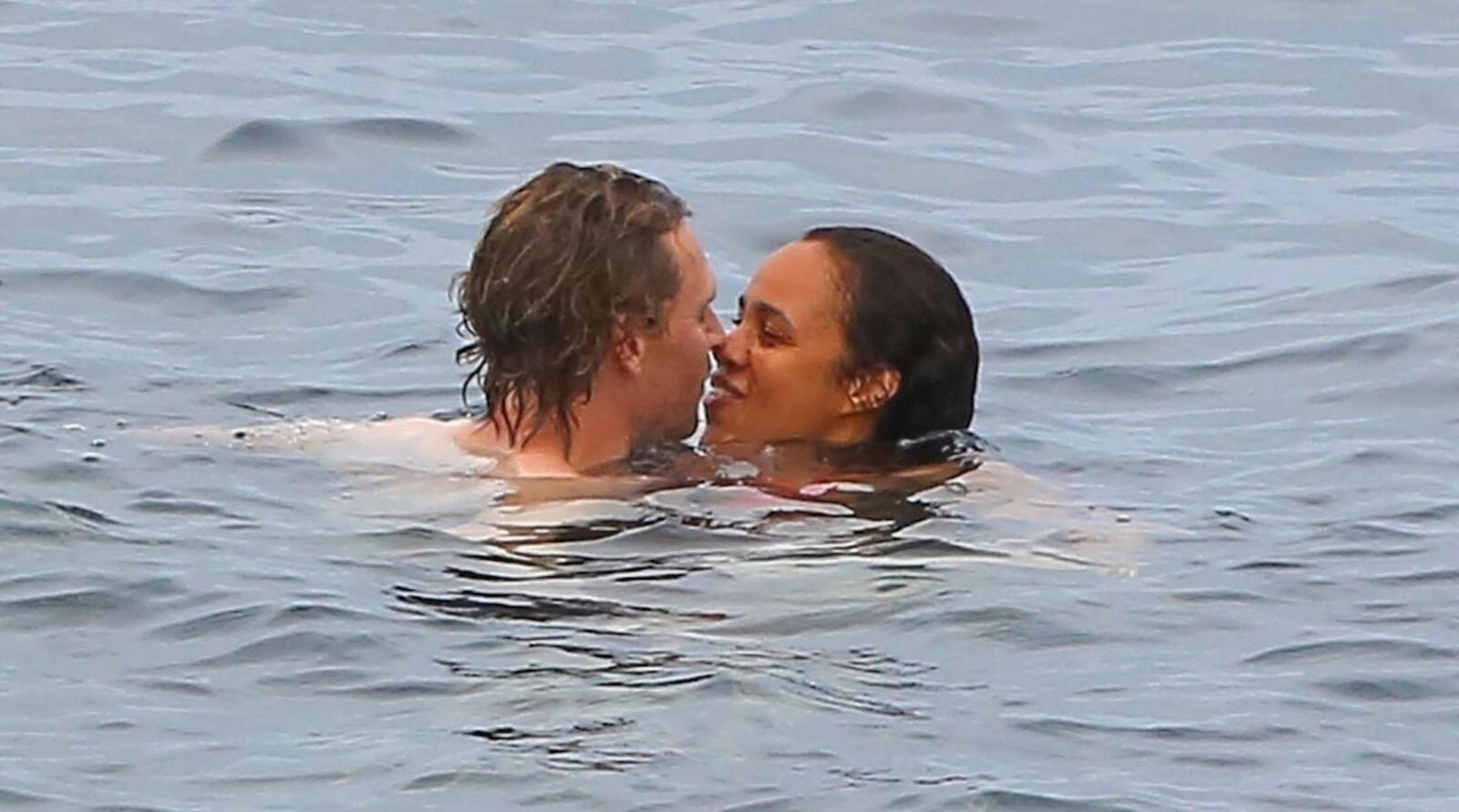 Such hesitation is understandable. But it seems they’ve outgrown it. In early September 2021, Ashton & Hiddleston were spotted getting intimate while on a beach holiday in Ibiza. 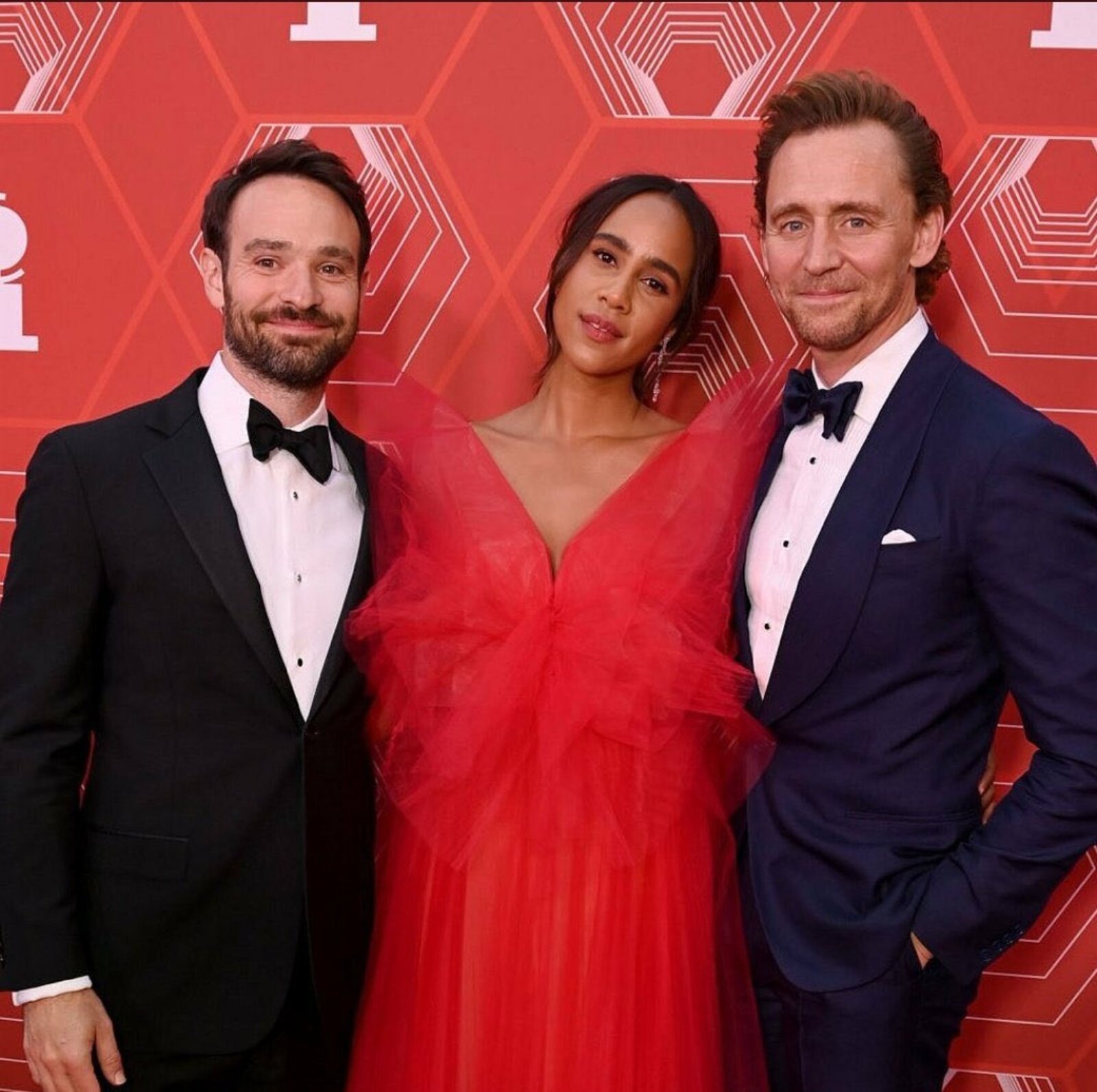 Tom Hiddleston appears to have confirmed he is in fact dating Zawe Ashton at the 74th Tony Awards. The two appeared alongside actor Charlie Cox (Daredevil) on the red carpet.

It’s their first public appearance together and the press is going mad. Is it confirmation of their relationship? It’s unclear, and neither Ashton nor Hiddleston have verbally confirmed their status. But they look really good together.

Ashton dazzled in a dusty rose Carolina Herrera Tulle gown. Hiddleston turned heads in a classic navy blue suit with a bow tie and black leather lace-up oxfords. Together, they got the red carpet buzzing with excitement. 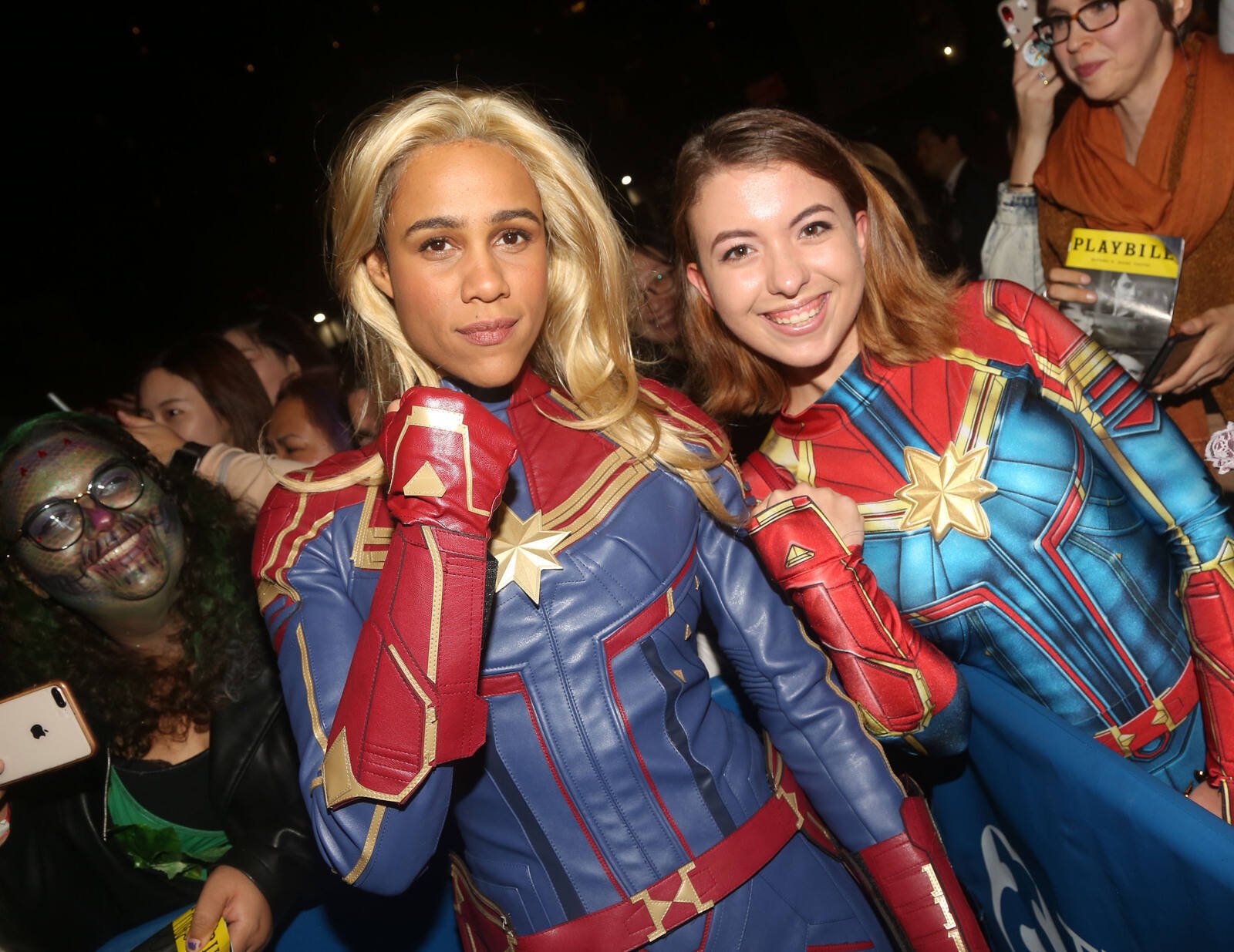 Their relationship may not be confirmed, but their careers sure are. Both have new MCU projects coming up. Ashton has been cast as the villain in The Marvels, sequel to Captain Marvel. Hiddleston will once again revive his role as Loki in season 2 of Loki.

Do you think Ashton & Hiddleston are dating? Do you think they’re just friends? Or do you think we should all just mind our business? Let us know in the comments below!

‘123Movies’: ‘Doctor Strange in the Multiverse of Madness’ free online streaming at home on Reddit