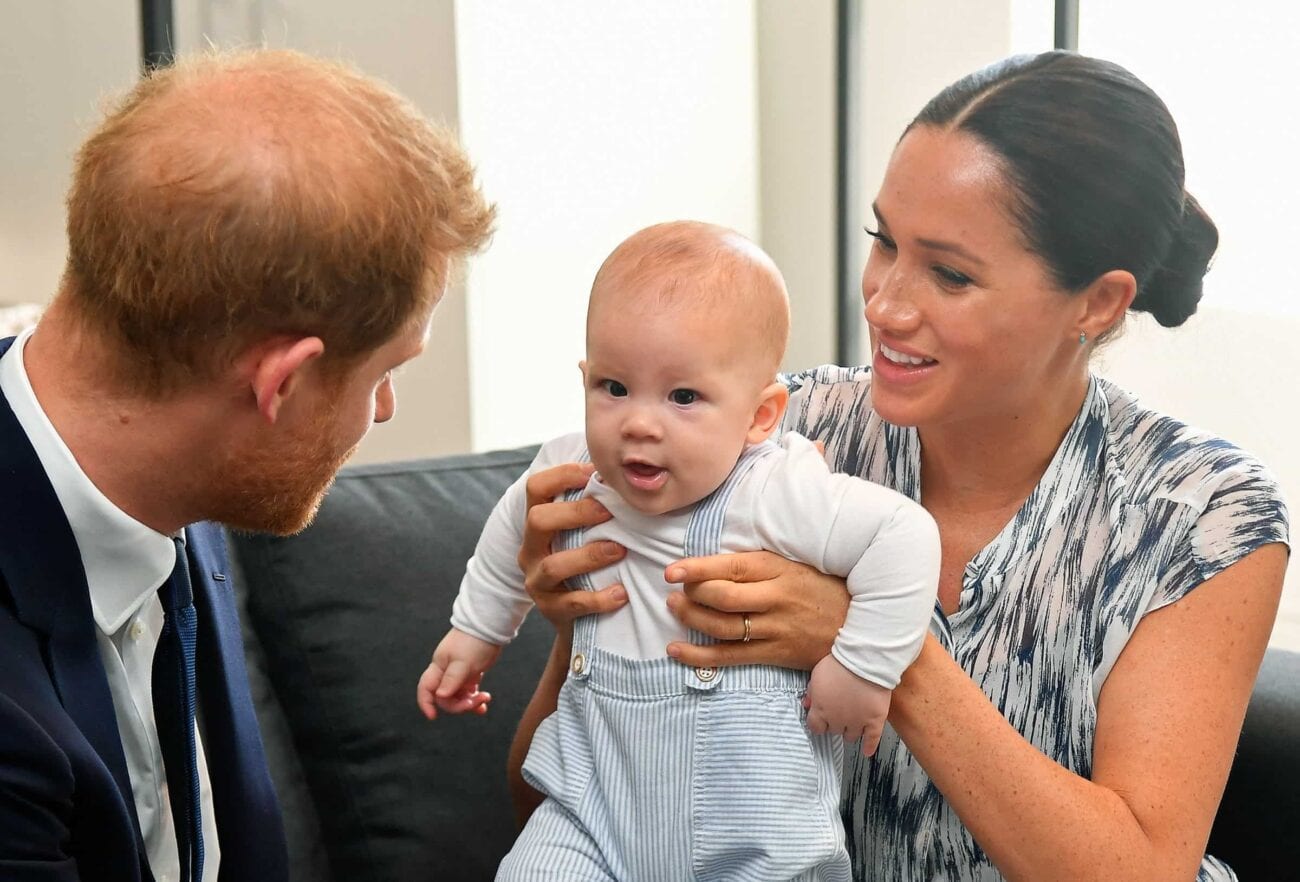 Happy birthday, Archie! Prince Harry & Meghan Markle’s son turned two today and his happy parents are taking the opportunity to advocate for equal access to COVID-19 vaccines to honor the occasion. Little Archie might be too young to understand what any of that means, but hopefully he also got cake, cool presents, and maybe a socially-distanced & properly-masked clown?

Now, the question on everyone’s minds is: will the rest of Archie’s royal family reach out to wish him a happy birthday? Under normal circumstances, that answer would be a no-brainer. However, Prince Harry & Meghan Markle have grown distant from the rest of the royals – and that’s putting it mildly. The couple’s controversial departure from royal life created a rift with Harry’s family that’s yet to be repaired.

Thankfully, it looks like the drama between the royals and the Duke & Duchess of Sussex won’t prevent Archie from getting certain birthday wishes. Prince Harry & Meghan Markle’s son has received shoutouts from some big figures across the pond today!

Look at that happy family. Okay, so Prince William doesn’t look thrilled to be there, but maybe he just has a thing about religious ceremonies. The picture, tweeted from Prince William & Kate Middleton’s official account, is from Archie’s christening in July 2019. The private ceremony was officiated by the Archbishop of Canterbury, who was probably behind the camera, waving at Archie so he’d look in the right direction.

There have been rumors of a potential reconnection between Prince Harry & Prince William, who finally saw each other again during Prince Philip’s funeral. Speculations have run rampant regarding the two brothers’ limited but potentially meaningful interaction. It’s hard to tell if there has been any progress in healing that relationship, but William & Kate’s tweet to Archie seems like a positive move, at least.

Do you think the Queen actually uses Twitter? Or is it just some faceless royal intern taking care of her official Twitter account? To be clear, it’s not that we doubt the Queen’s knack for mastering modern technologies but rather . . . well, tweeting just seems beneath her, doesn’t it? And she actually follows 531 accounts? We’re just having trouble reconciling our preconceptions of royalty with a tweeting Queen.

At any rate, someone – maybe an intern, maybe the Queen herself – tweeted a sweet birthday message to Archie, balloon emoji included. Even though the Queen is not pictured in the photo attached to the message, the happy image of Prince Harry, Meghan Markle, and their baby son speaks volumes.

To be fair, most reports seem to agree on the Queen not carrying a grudge against the couple despite how disappointed she was over their decision to leave London. This birthday tweet seems to support that take. Or it could be a nice PR move – it’s hard to tell these days. 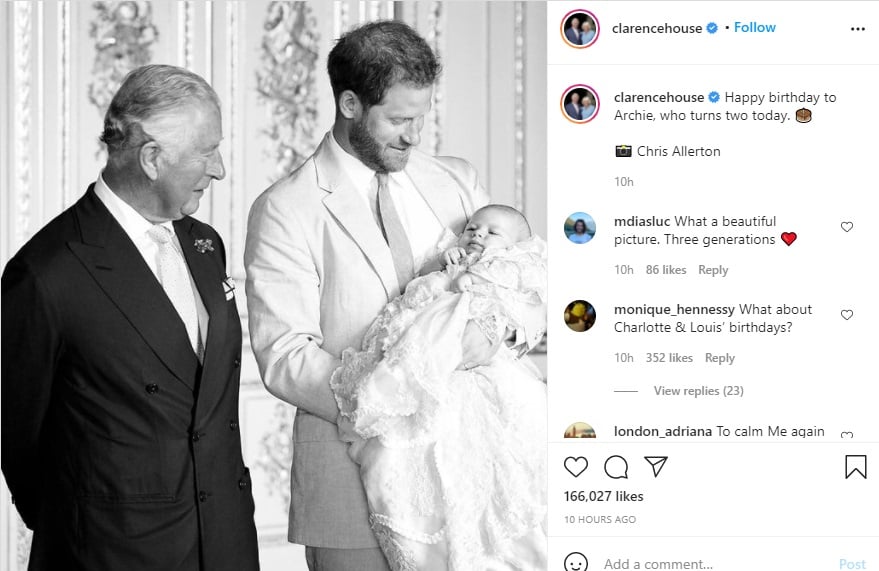 Keen eyes will notice Prince Charles’s birthday wishes to his grandson feature a photograph that does not include Meghan Markle. Oh boy.

It could mean nothing. Maybe this was the only photo Charles had where he liked how he looked. We’ve all gone through those bouts of insecurity. Then again, while public opinion seems to agree that the Queen is relatively chill regarding Prince Harry & Meghan Markle, they also agree that the opposite is true of Prince Charles. So maybe this birthday message is doubling as a not-so-subtle dig at Archie’s mom?

By the way, did you know Prince Charles is more of an Instagram guy? Huh! 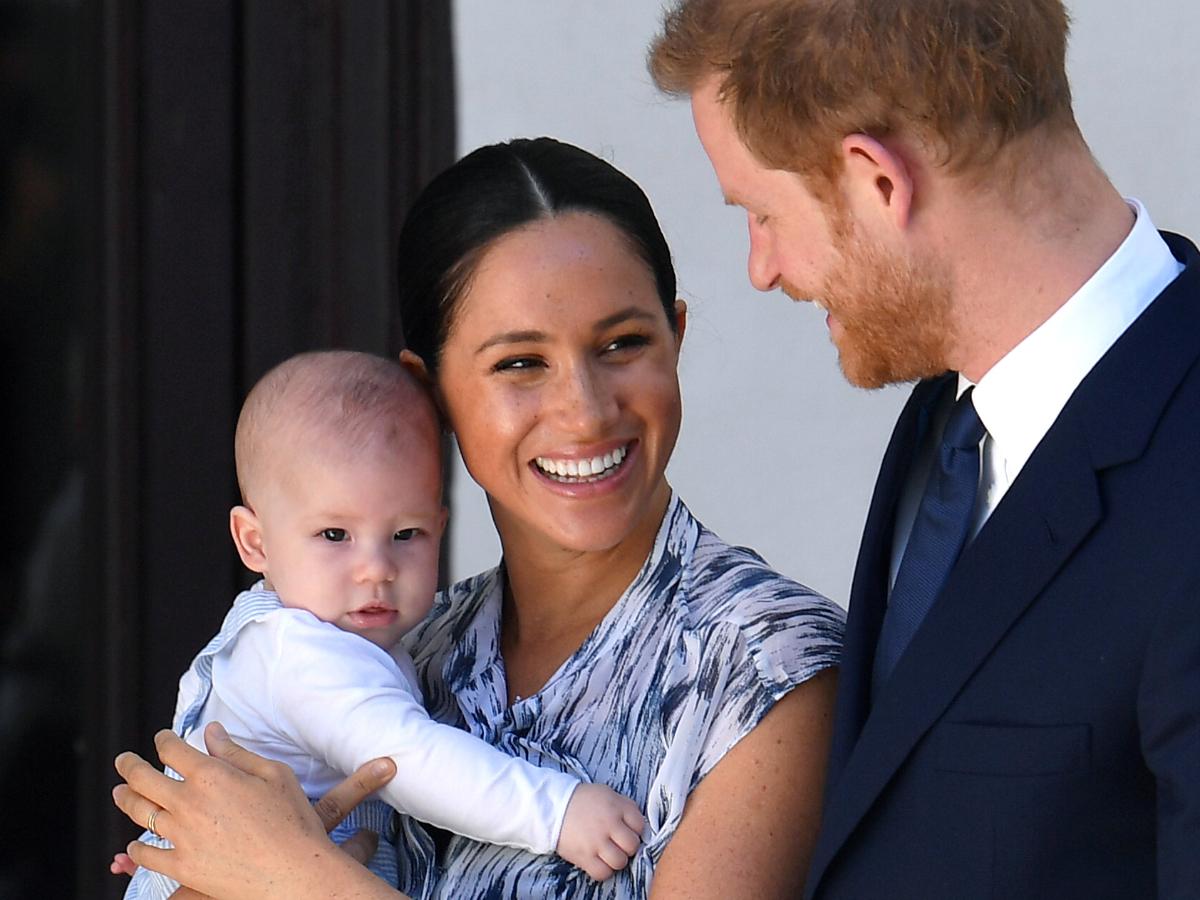 When Archie grows up, if he cares to look back at memorabilia from his second birthday, he probably won’t realize how much his family’s birthday wishes were scrutinized by the world. On the other hand, he might grasp the importance of the message his parents tried to amplify on his birthday.

Prince Harry & Meghan Markle used their website to urge supporters to “join us in advocating for vaccine equity on Archie’s birthday.” The couple also used the post to thank everyone who has donated to charity on Archie’s behalf.

“We cannot think of a more resonant way to honour our son’s birthday.”

What do you think of the royal birthday wishes to little Archie? Let us know in the comments!