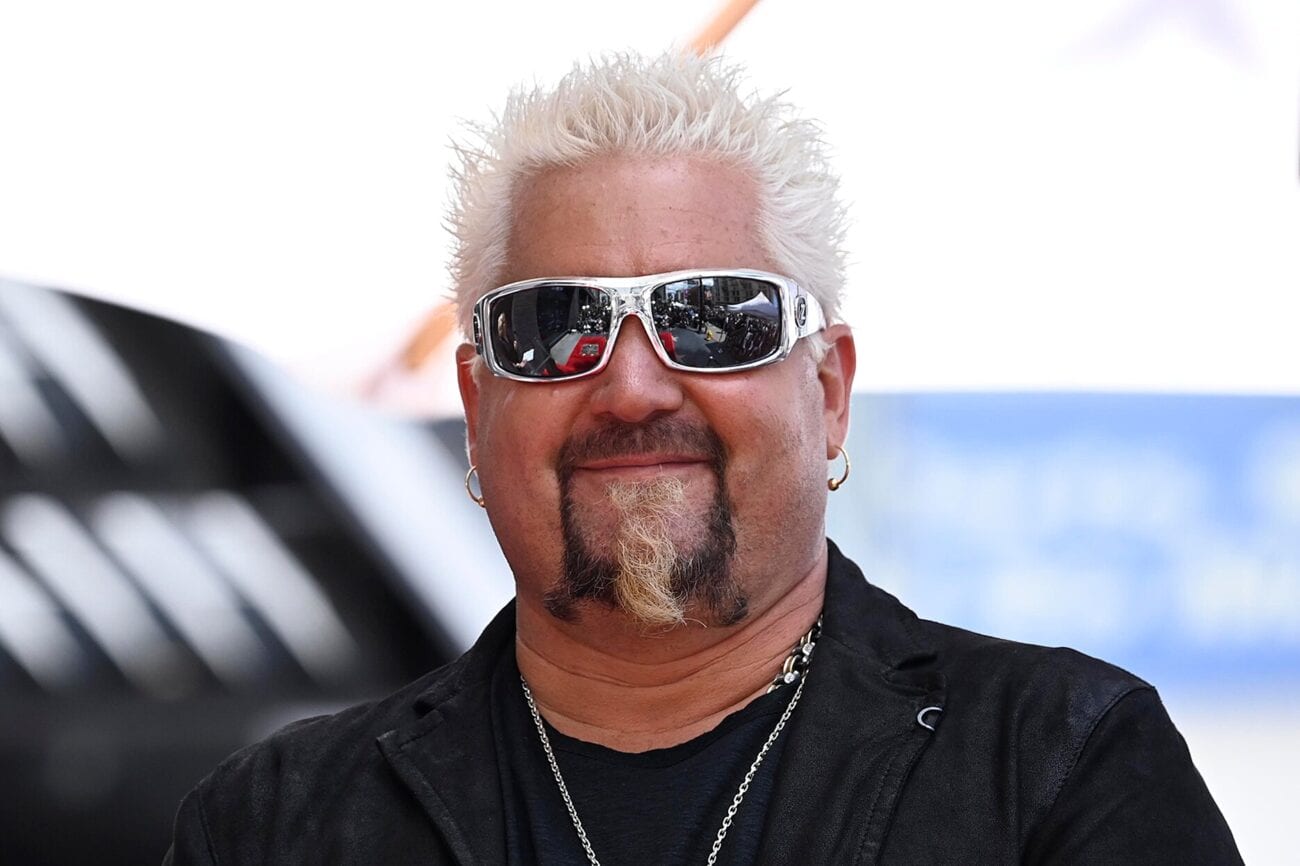 The King of Flavortown: Is Guy Fieri rich? See his massive net worth

Spiked blonde hair & dirty flip flops never looked so cool – most likely due to the money it’s attached to. That’s right, gang, the time has finally come to take a closer look at the net worth of celebrity chef & TV host, Guy Fieri.

Throw those ridiculous “new year, new me” healthy resolutions out the window and grease up for a tasty look at the career and net worth of one of Food Network’s top personalities.

The fifty-two year old chef is on top of the world these days, actively hosting & producing a variety of popular shows, as well as operating numerous restaurants sure to bring the heat. Speaking of heat, just how much is Guy Fieri worth? It’s “straight-up gangsta!” Let’s take a trip to “Flavortown” and find out! 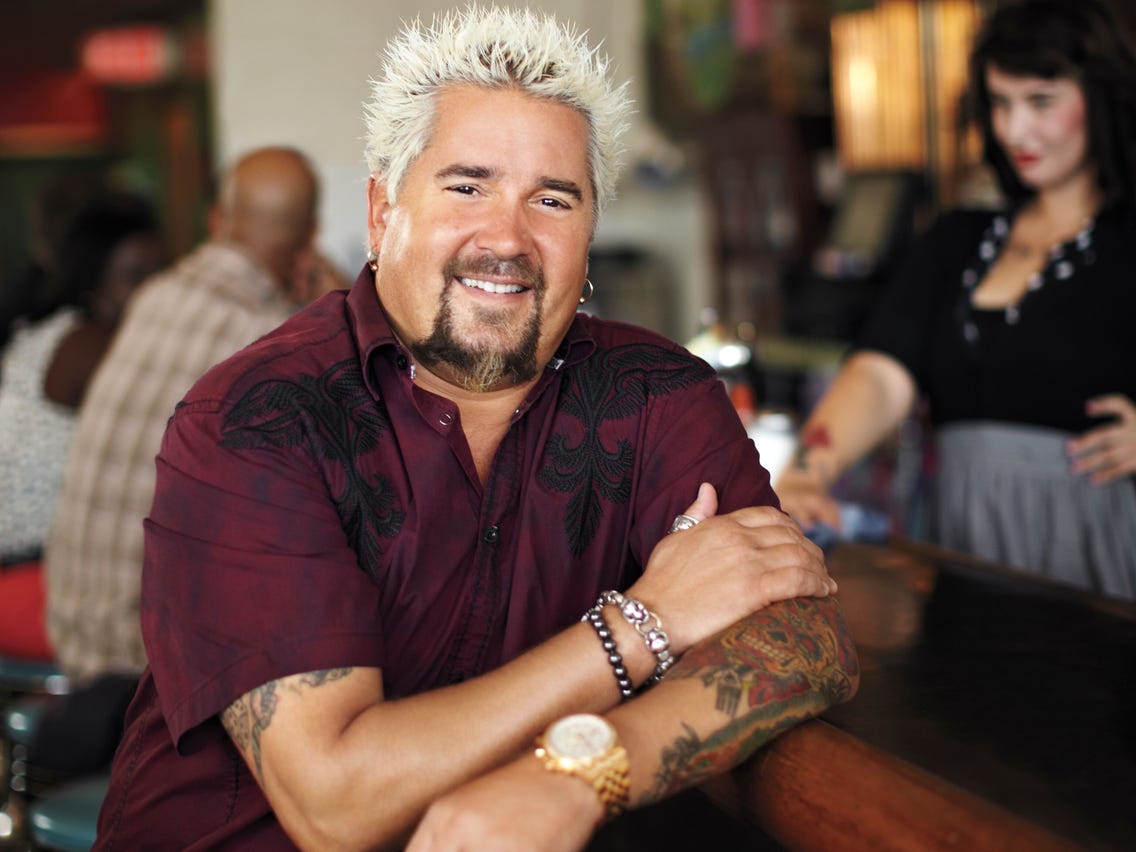 Guy Fieri was born on January 22nd, 1968, in Columbus, Ohio, where he eventually moved to France as a high school foreign exchange student, developing much of his early interest in cooking & “big time flavors”.

In 1996, Guy Fieri teamed up with Steve Gruber to open his first restaurant in Santa Rosa, California, called Johnny Garlic’s. The restaurant was teased as a “California pasta joint” and was eventually expanded to over four locations, even though a couple of them have shut down since then.

Guy Fieri has since opened two more restaurants, a BBQ meets sushi fusion joint known as Tex Wasabi’s in 2008 as well as Guy Fieri’s Vegas Kitchen and Bar in 2014 on the Las Vegas Strip. Guy Fieri has also collaborated with a number of Carnival Cruise lines to create Guy’s Burger Joint, offering a wide variety of burger flavors on an even wider-open sea. 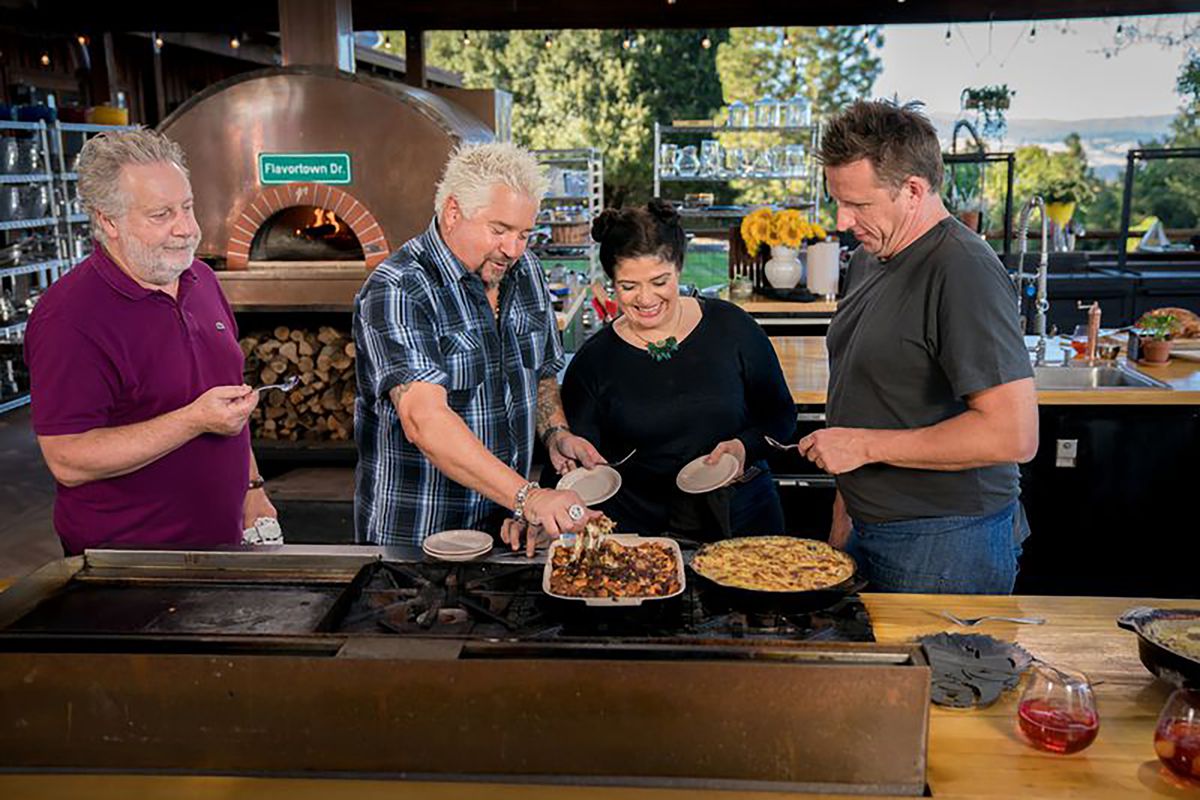 Having won The Next Food Network Star in April 2006, Guy Fieri kicked off his TV hosting career with the show Guy’s Big Bite in June 2006, a show that ran for nearly a decade with thirteen seasons.

That being said, we’re not blind. We know where Guy Fieri cuts his big checks stacking up his impressive net worth: the popular travel & food show, Diners, Drive-Ins, and Dives, which first aired in 2007. We know you know what we’re talking about . . . it’s the show that your dad marathons every Friday night, forcing your mom to go upstairs and read the latest Gillian Flynn book in protest. 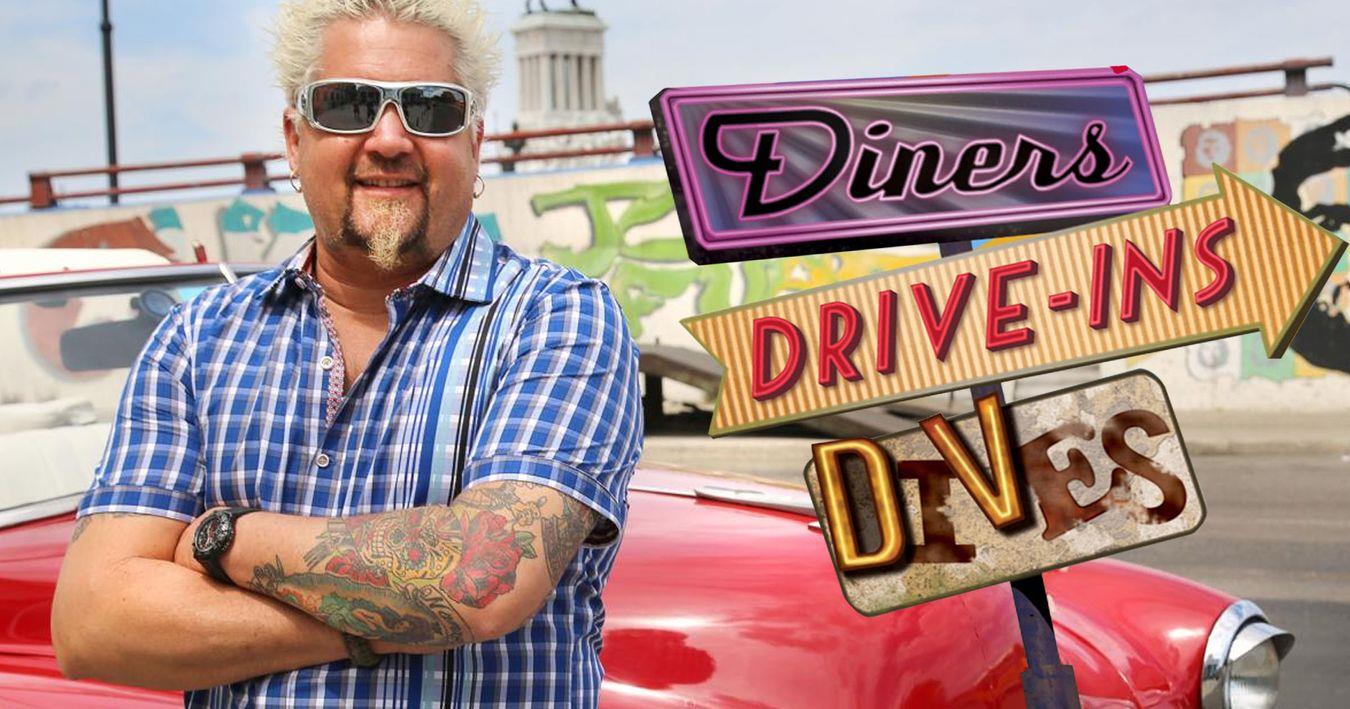 The show sees Guy Fieri hit the road in his red Camaro and travel all over the country to uncover some of the most popular food locations in each state. Sometimes they’re nothing more than “hole-in-the-wall” eating spots that only locals know about.

Guy Fieri has also hosted several new shows that seem to please those with a curious palette, including Guy’s Grocery Games, Rachael vs. Guy: Celebrity Cook-Off, and Guy’s Family Road Trip, all shows that oftentimes feel like a platform created by Guy to showcase either his kids or sometimes his lesser-known culinary colleagues – #GoodGuy. 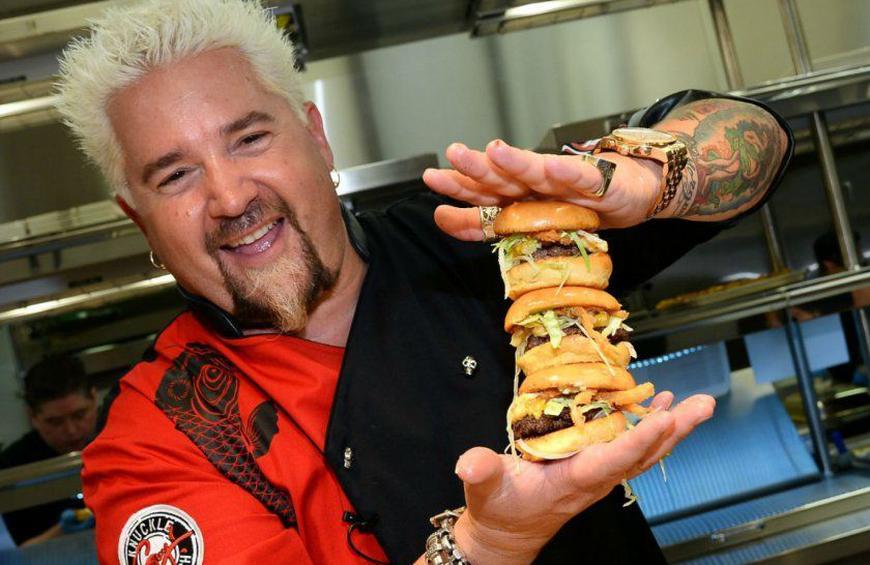 Fox Business estimated that Guy Fieri has a net worth of a jaw-dropping $25 million, having written over four books, owned now over sixty restaurant locations, and having multiple endorsement deals.

Guy Fieri also nets just around $10,000 to $20,000 per episode of “triple d”, a big reason why his net worth is stacked higher than a pile of deep-fried onion rings.

That net worth is straight up “out of bounds”, and we think Guy Fieri would agree.

Are you guys (no pun intended) surprised by the heavy net worth of Guy Fieri? Do you watch any of his shows? Do you think his signature look can only be pulled off by someone with that kind of money? Comment below and let us know your thoughts.