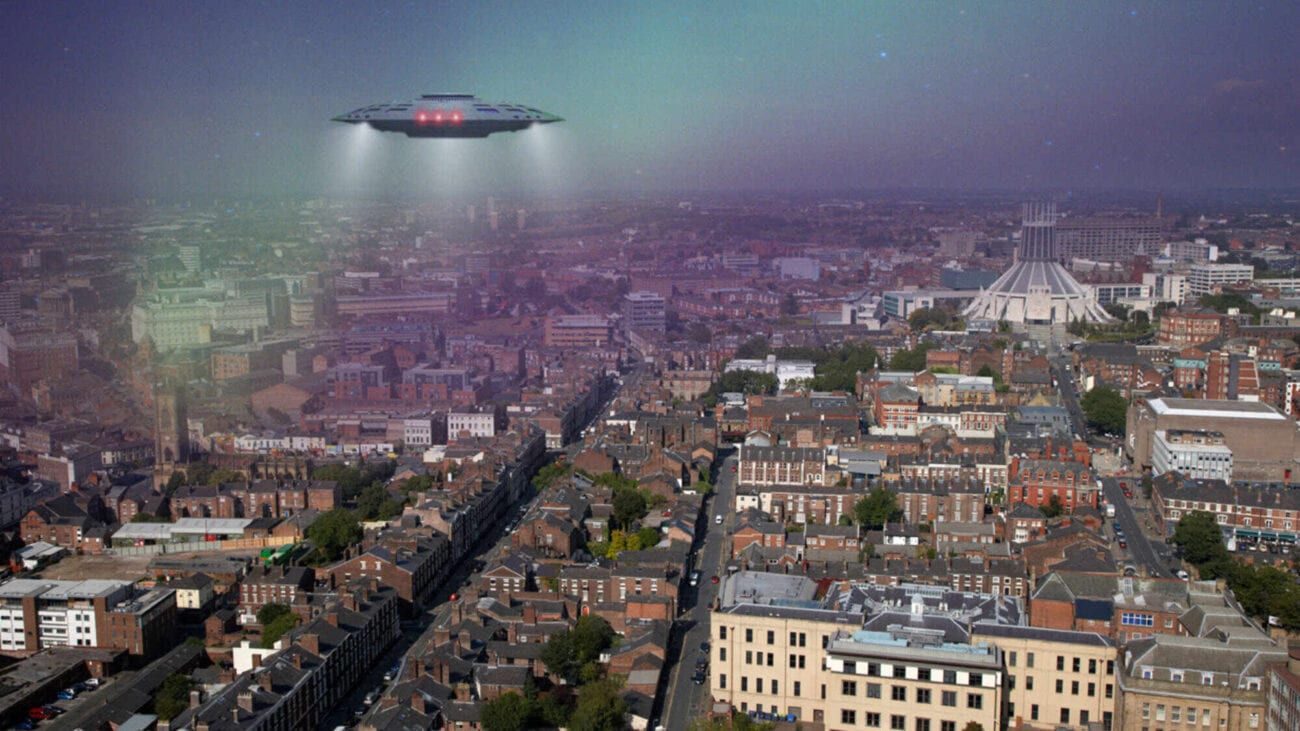 It’s a bird! It’s a plane! Nope, it’s a flying saucer – or so some Liverpool residents claim. On August 7, 2020, at least two people in Liverpool, UK sighted an unidentified flying object in the night sky.

Now, you may be feeling mighty skeptical, but lend us your eyeballs for a few seconds. These people seem pretty sure of what they saw and even admitted they were skeptical themselves at first.  They might not have ever even spoken to the press if they didn’t have the picture to show for it.

Lots of wild and extreme things have been happening in 2020. Now we get to add a flying saucer sighting to the mix. Have you ever felt like someone was watching you? After reading this article, you might want to consider that it’s not a stalker or good ol’ Nosferatu who’s got their peepers on you. Aliens might be the culprit. 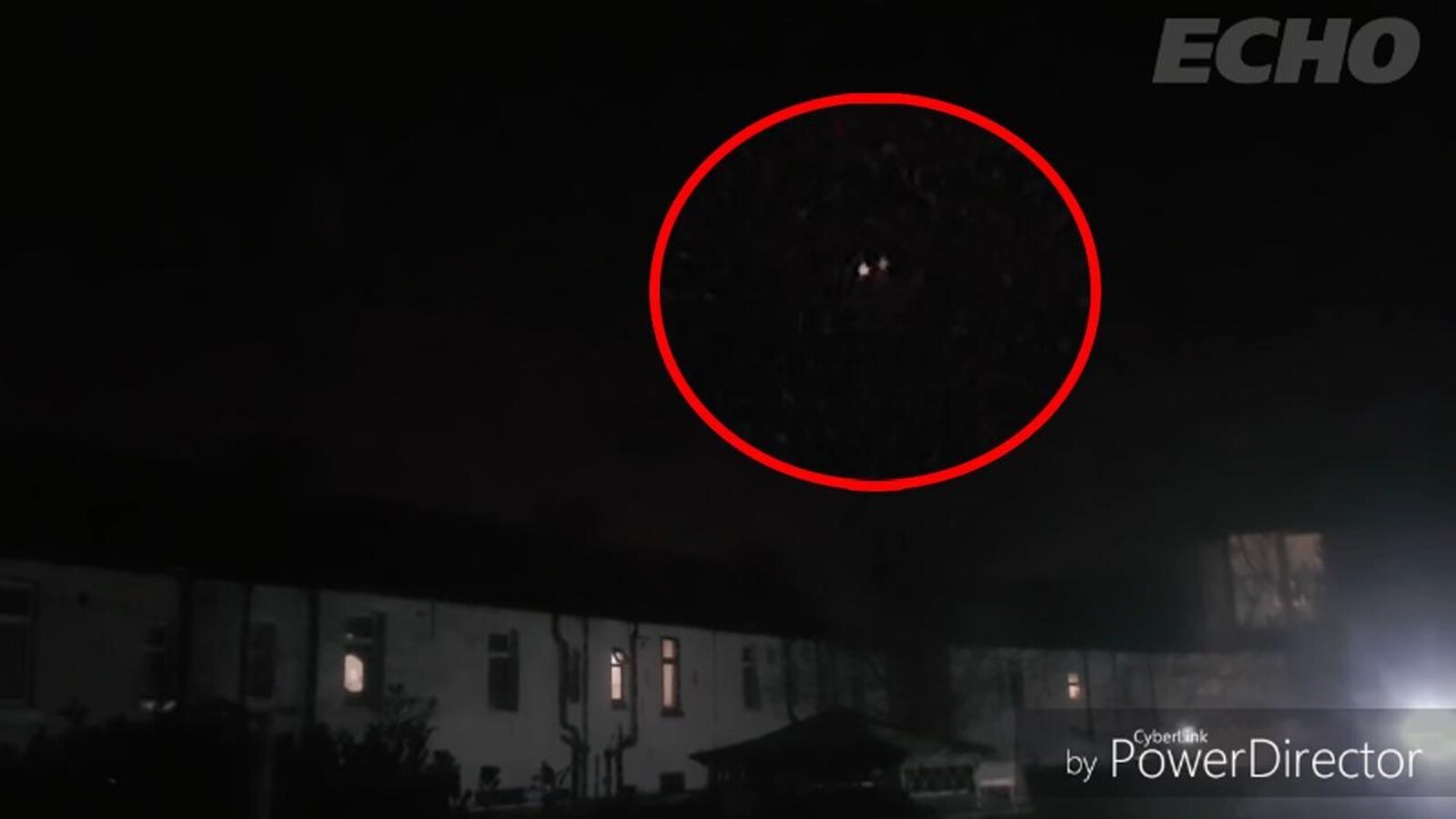 Rats, and sickness, and UFOs, oh my!

Apparently, the streets of Liverpool have already been graced by rats the size of rabbits this year, and we’ve almost all been plagued by the pandemic. We don’t know how many cities can say they’ve been visited by UFOs as well, though.

Two anonymous friends were hanging out on August 7, 2020, when some racket caught their attention. It was 2:45 am, so no noise of the sort should’ve been going on. They were surprised to find a mysterious floating object instead of a low flying plane or an inconsiderate neighbor. One of the friends relayed their story to the Liverpool Echo. 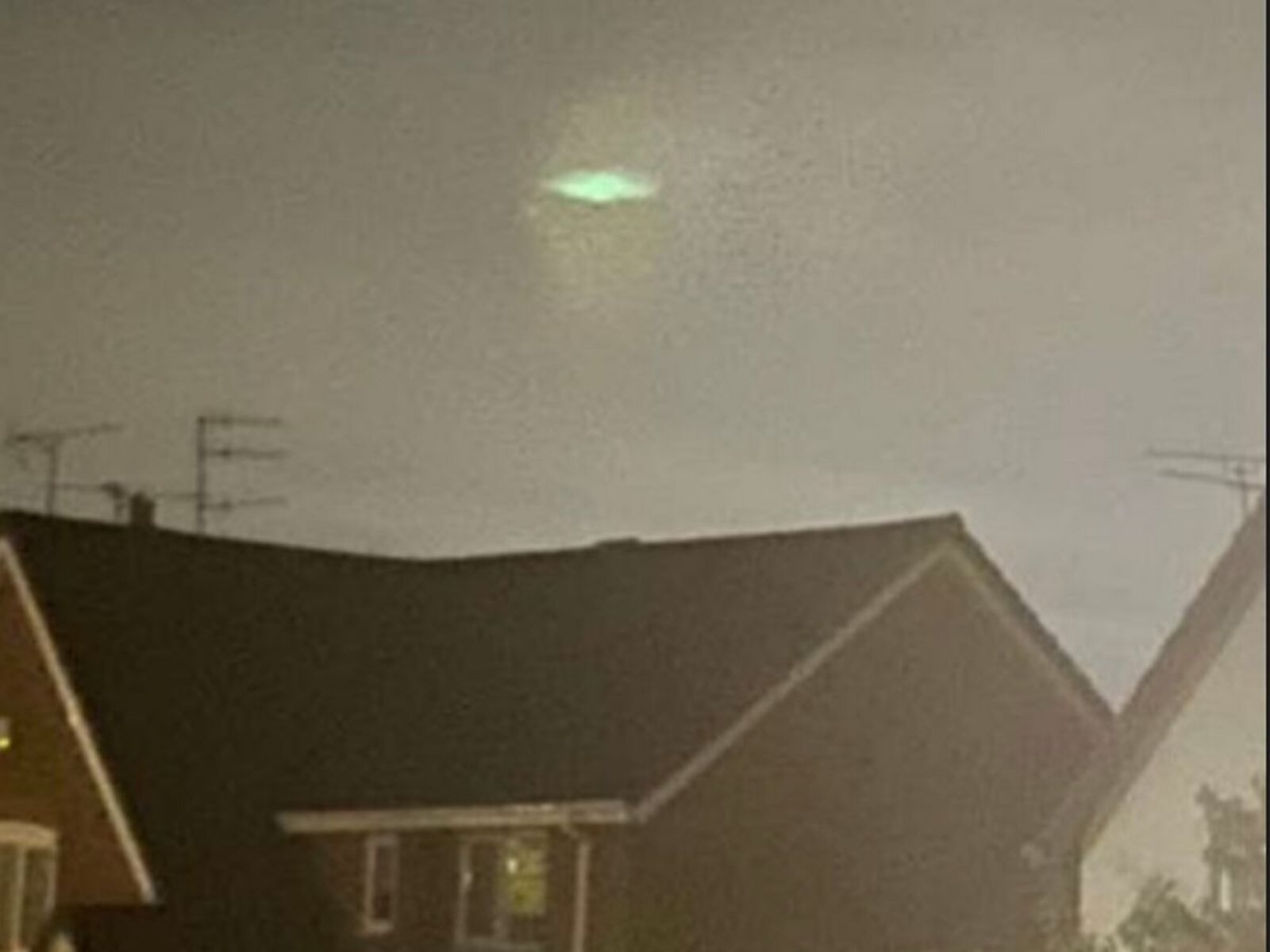 The man said this: “Me and my friend were at her house in Prescot when we heard a loud noise outside, like an airplane, so we went to look out of the window and we saw the saucer. It was green and it looked just like a flying saucer, like the sweets . . . It was only there for a few seconds and then it flew up into the clouds and went in the southeast direction, towards Huyton and Halewood.”

What would you do if you saw a UFO outside your window? Many people’s answer would probably be, “Snap a picture for proof!” and snap a pic they did. 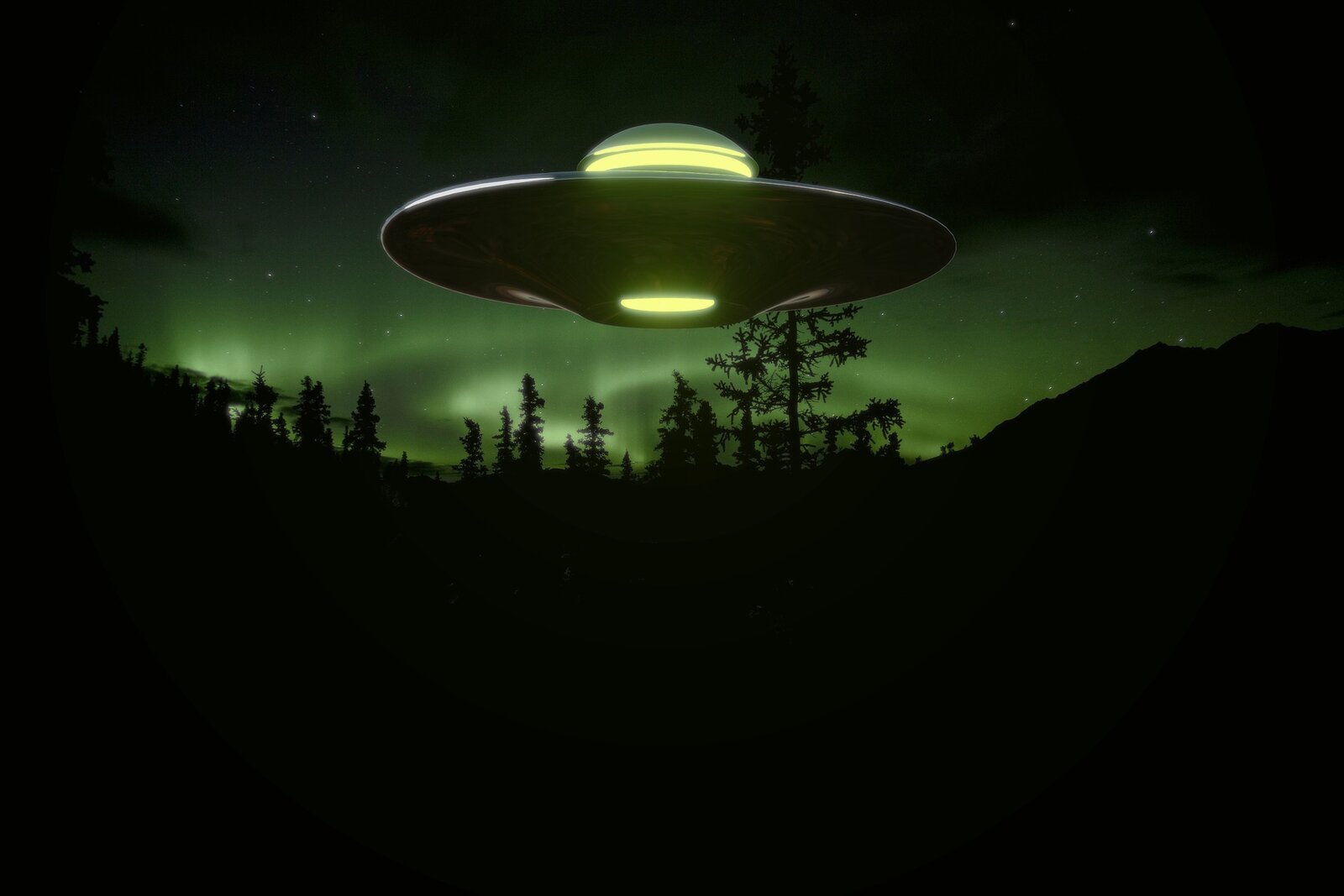 Was a flying saucer sighted in Liverpool?

Of course, photos can be doctored. In this day and age it’s easier than ever to fake poreless skin or a killer bum. It could potentially be the same for this flying saucer, but the two witnesses of the UFO hope you believe otherwise. They couldn’t even believe it themselves at first. After all, who ever expects to see a flying saucer?

The man continued to explain, “We have no idea what it was, we thought it might be a reflection of something in the room, but we checked everything and there was no screens on or anything like that, we were left really puzzled.”

They had to suspend their disbelief when they could find no explanation for the eerie green light in the sky. What they saw was seeming more and more like a bonafide flying saucer to them. 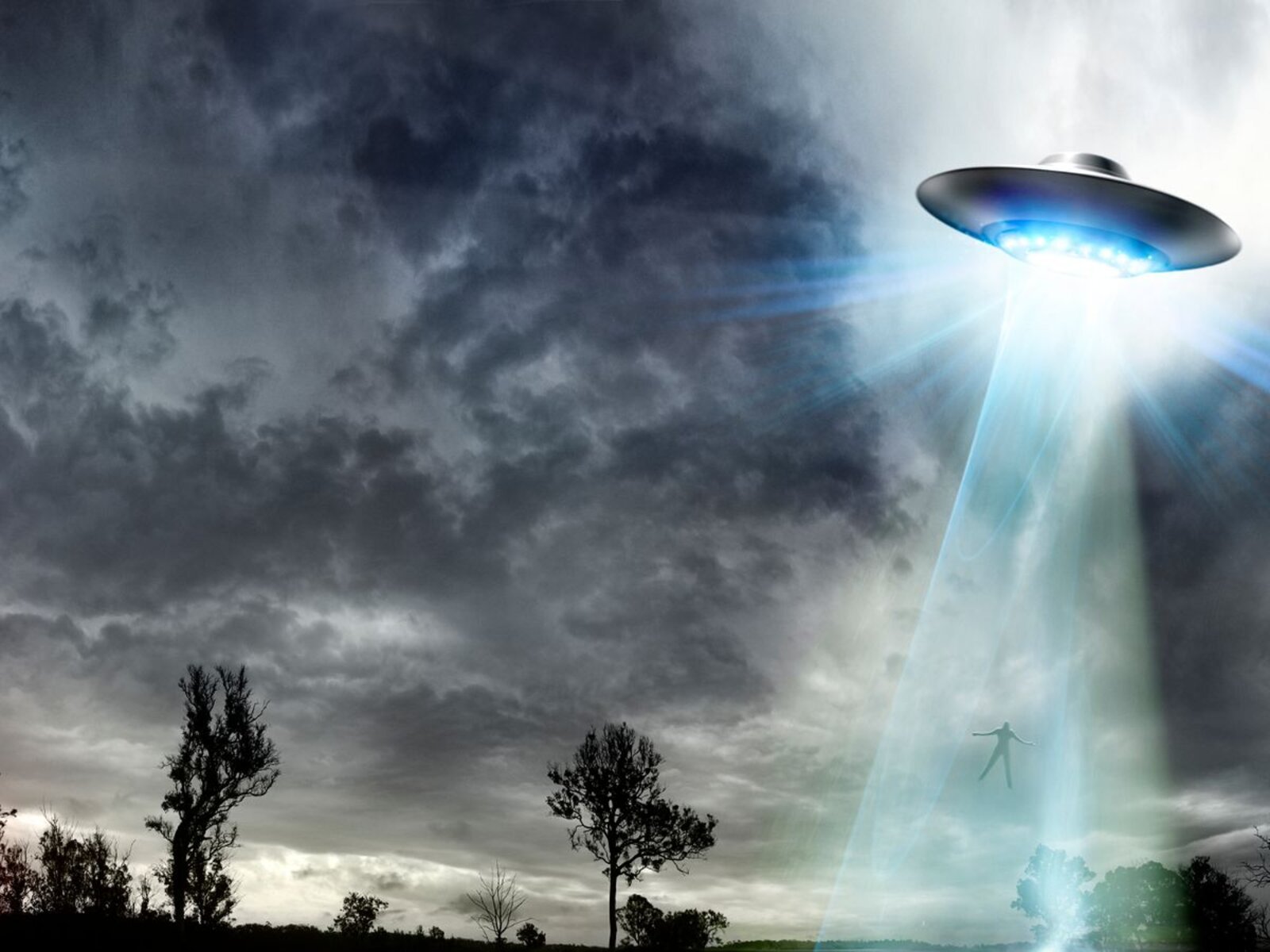 “I’ve never seen anything like this before, I’ve seen things in the sky before and thought it might be a UFO, but then realized it was just a helicopter or something,” he continued. “But this was shaped like a UFO, it was green and it was loud, I don’t know what else it could be.”

Most reports of flying saucers don’t tend to report the UFO was loud, but it seems that this potential space invader was not shy about announcing its presence. Are aliens finally making contact with us as many galactic-geared hopefuls have always dreamed? Do they not care that we know they’re here because they intend to wipe us out anyway?

Let’s hope not. 2020 has proven to be a doozy already. We don’t need hostile flying saucers added to the mix. Is this flying saucer sighting real? Was it just a badly placed, really large, glow-in-the-dark weather balloon? Maybe. If you do decide it’s a fake incident though, you better hope you’re not the next person a UFO visits. No one will believe you. 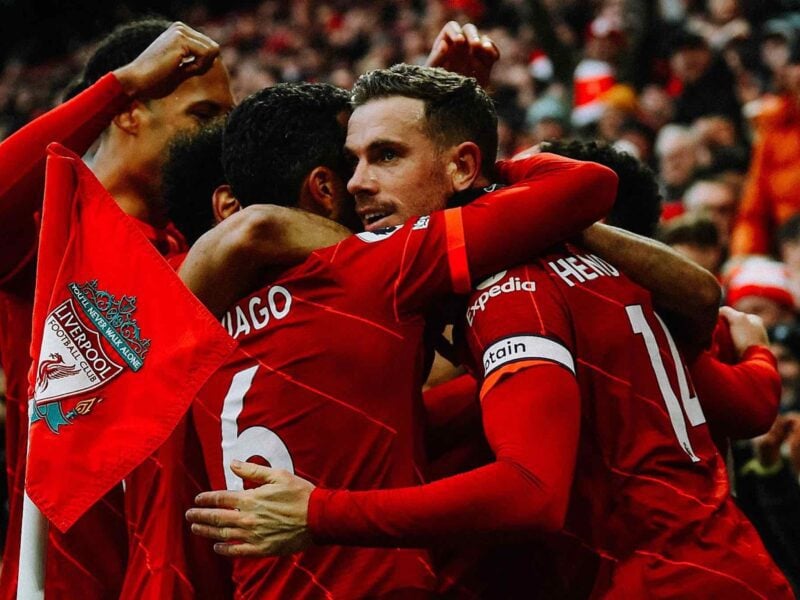 Where can you watch the Liverpool vs. Leeds match for free?