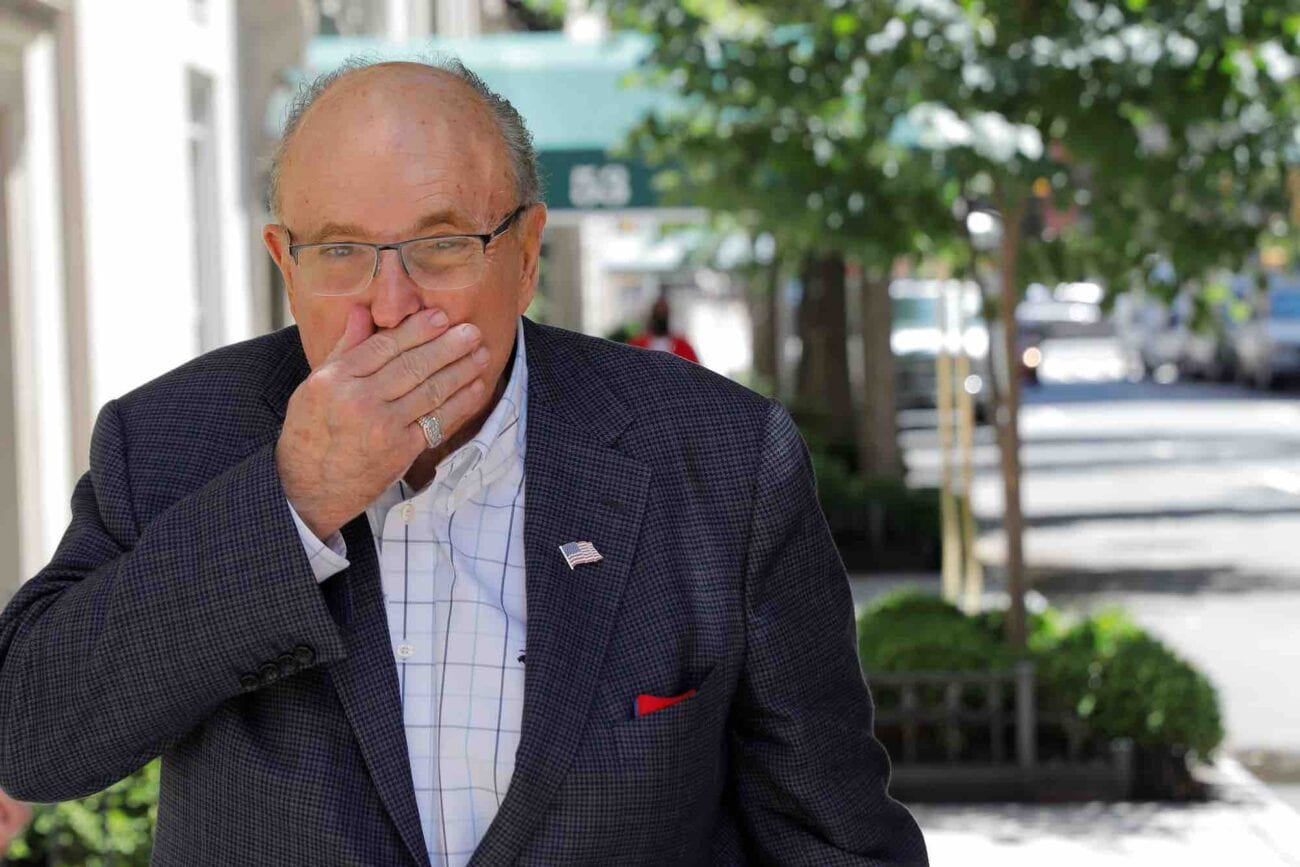 Is Rudy Giuliani still covered in sweat? Why his law license has been suspended

Rudy Giuliani is probably experiencing some serious flop sweat these days. The once lawyer for former President Donald Trump is in some serious legal hot water of his own. Though, honestly, after his less than illustrious career under the former President, are we really surprised by this? This is the least surprising thing we have ever heard. But what kind of trouble is the former Mayor of New York in?

Well! Rudy Giuliani is having his New York law license suspended. Why is the former Mayor of NYC getting his license suspended? What is happening with the world? Why now of all times? These are all valid questions that we are going to answer to the best of our abilities. Let’s take a dive into why Rudy Giulani’s brow is covered in sweat due to this legal revoking. 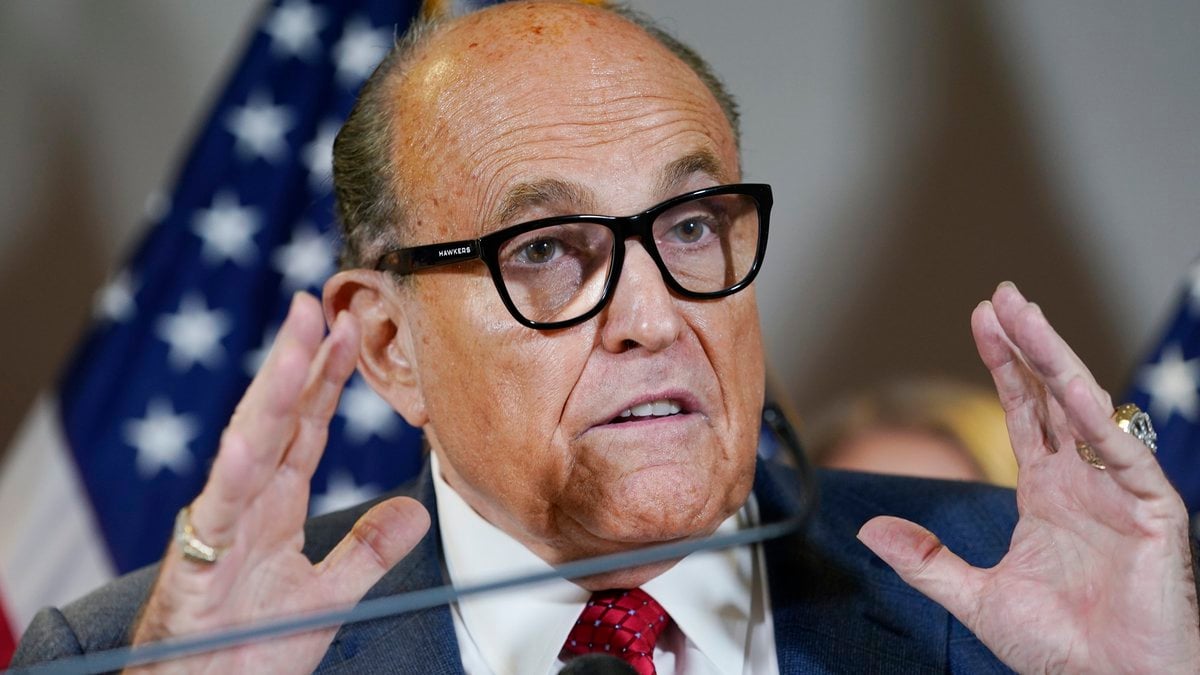 Why is Rudy Giuliani  in trouble?

He’s a liar, basically. That’s what this boils down to. A New York court has suspended Giluani’s law license in the state due to him continuing to perpetuate the lie that the 2020 presidential election was rigged against Donald Trump. A lot of Trump supporters have been holding onto the narrative that the ex-President had created, and Giuliani has been one of the key players in this.

A five-judge New York Supreme Court panel said on Thursday, “We conclude that there is uncontroverted evidence that respondent communicated demonstrably false and misleading statements to courts, lawmakers and the public at large in his capacity as lawyer for former President Donald J. Trump and the Trump campaign in connection with Trump’s failed effort at reelection in 2020.”

They added, “These false statements were made to improperly bolster respondent’s narrative that due to widespread voter fraud, victory in the 2020 United States presidential election was stolen from his client. We conclude that respondent’s conduct immediately threatens the public interest and warrants interim suspension from the practice of law, pending further proceedings.” 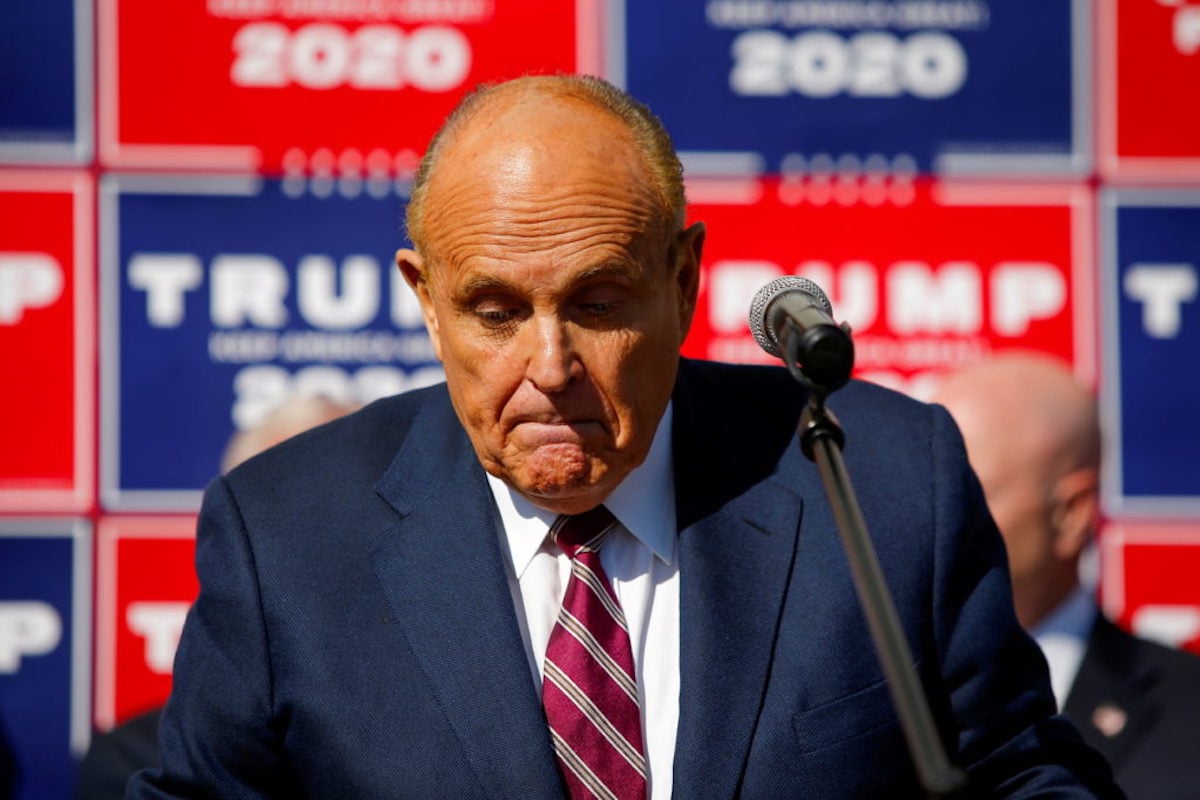 Can Rudy Giuliani get his license back?

Giuliani does have the right to contest the court’s decision at a formal hearing, but he’s going to have to do a lot better than what he initially submitted. That’s what the court, apparently, said. Giuliani had submitted a lot of second hand information to the court, especially regarding dead voters, and the court needs the original documents or evidence instead.

As the panel said, “We do not understand, nor does the respondent explain why, as a private attorney seemingly unconnected to law enforcement, he would have access to a ‘confidential informant’ that we cannot also have access to. At yet another point, the respondent claims he relies on a Trump attorney who chooses not to be identified … Respondent also refers to hundreds of witnesses, experts, and investigative reports, none of which have been provided or identified.”

A large part of the court’s decision to suspend Giuliani’s license comes from his behavior at a Nov. 2020 court hearing in PA on a suit the Trump campaign filed about the election in the state. “It is indisputable that the respondent had to be aware that there were no fraud claims in the case. Significant time and effort were expended on respondent’s false misrepresentations to the court regarding the nature of the proceedings.”

Do you think that Rudy Giuliani could get his law license back in the state of New York? How much sweat do you think is pouring out of him now? Could a formal court hearing bring more news of his actions & activities under former President Trump to light? Be sure to share your thoughts in the comments down below! We’d love to know what you think about this. 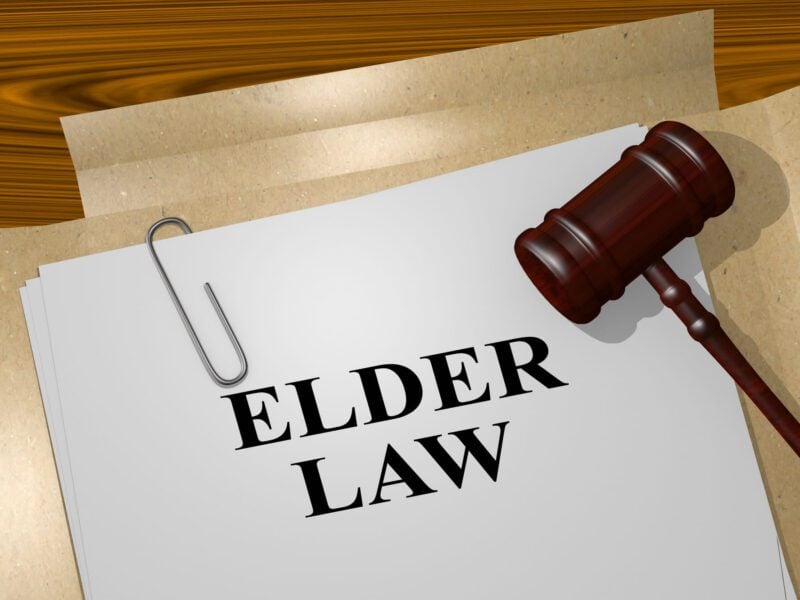