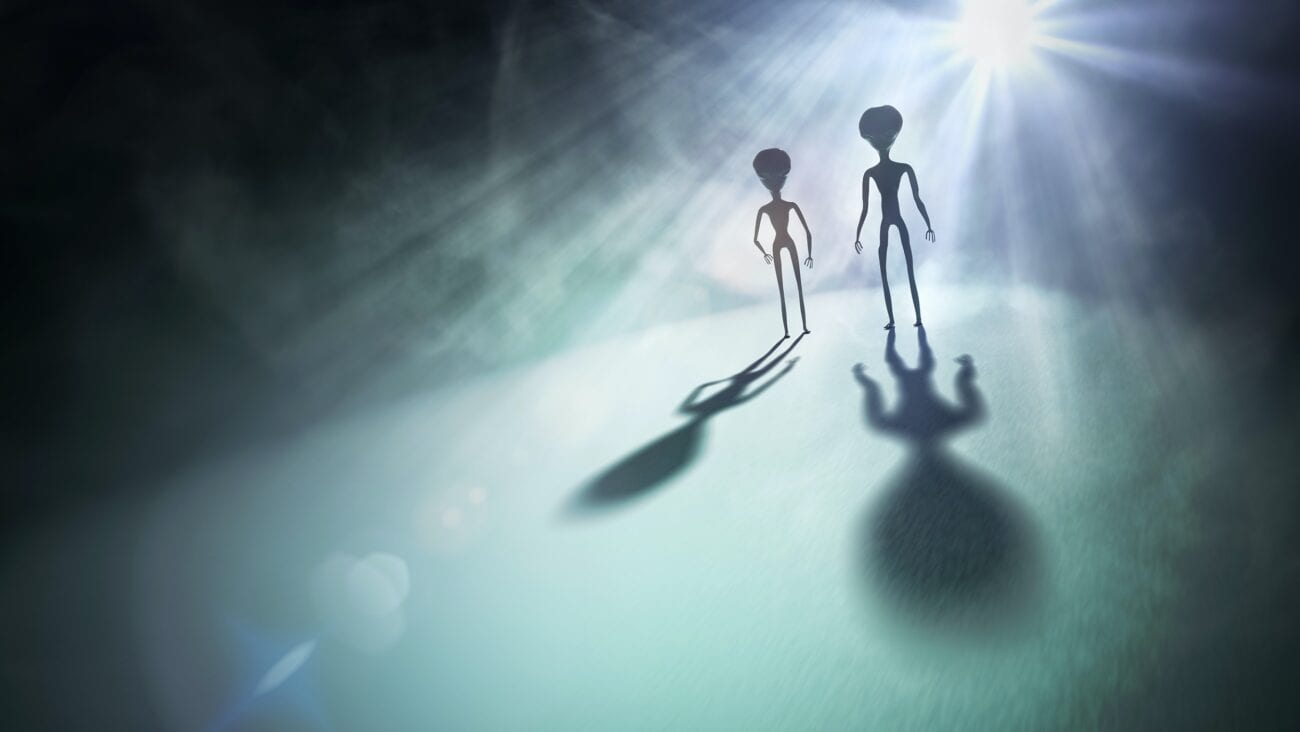 Space out with our favorite funny alien memes

Staring off into the night sky is a sure way to make yourself and the world suddenly feel small. With the millions of planets and stars we know about – along with the millions more we don’t – it’s hard to imagine we’re the most advanced thing out there.Here are some alien memes sure to have you staring out into space – or at least deep into your phone screen.

If the great unknown isn’t enough to convince you in the existence of aliens, funny memes can also take your mind to places lightyears away. 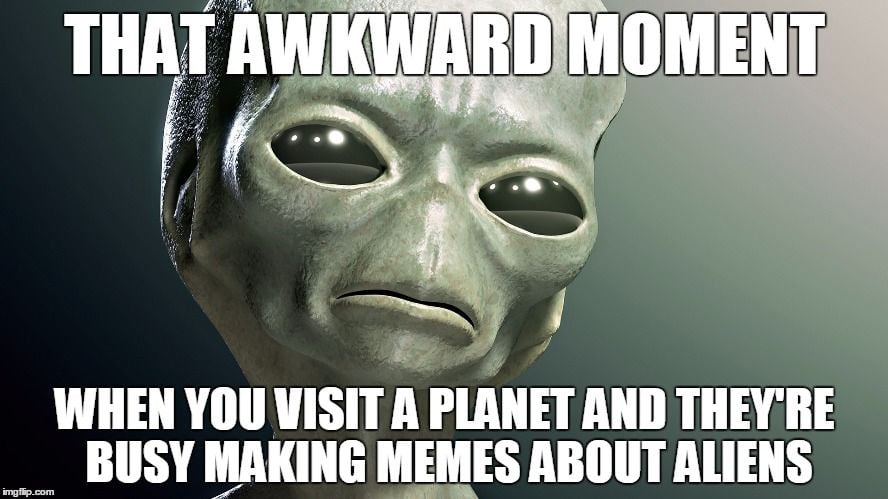 While the other is away

It’s hard to imagine if advanced life elsewhere in the universe existed, they’d be sitting around making memes. But hey, it’s exactly how we spend our time on Earth. If we were an alien just sitting around bored, we’d be doing the same. After all, aliens need memes too.

Although, it really would be awkward if life from somewhere else arrived and saw themselves depicted like this a thousand times over. Especially those in, well, less than flattering images. If aliens would just show themselves we could get it right already – along with some much more accurate memes. 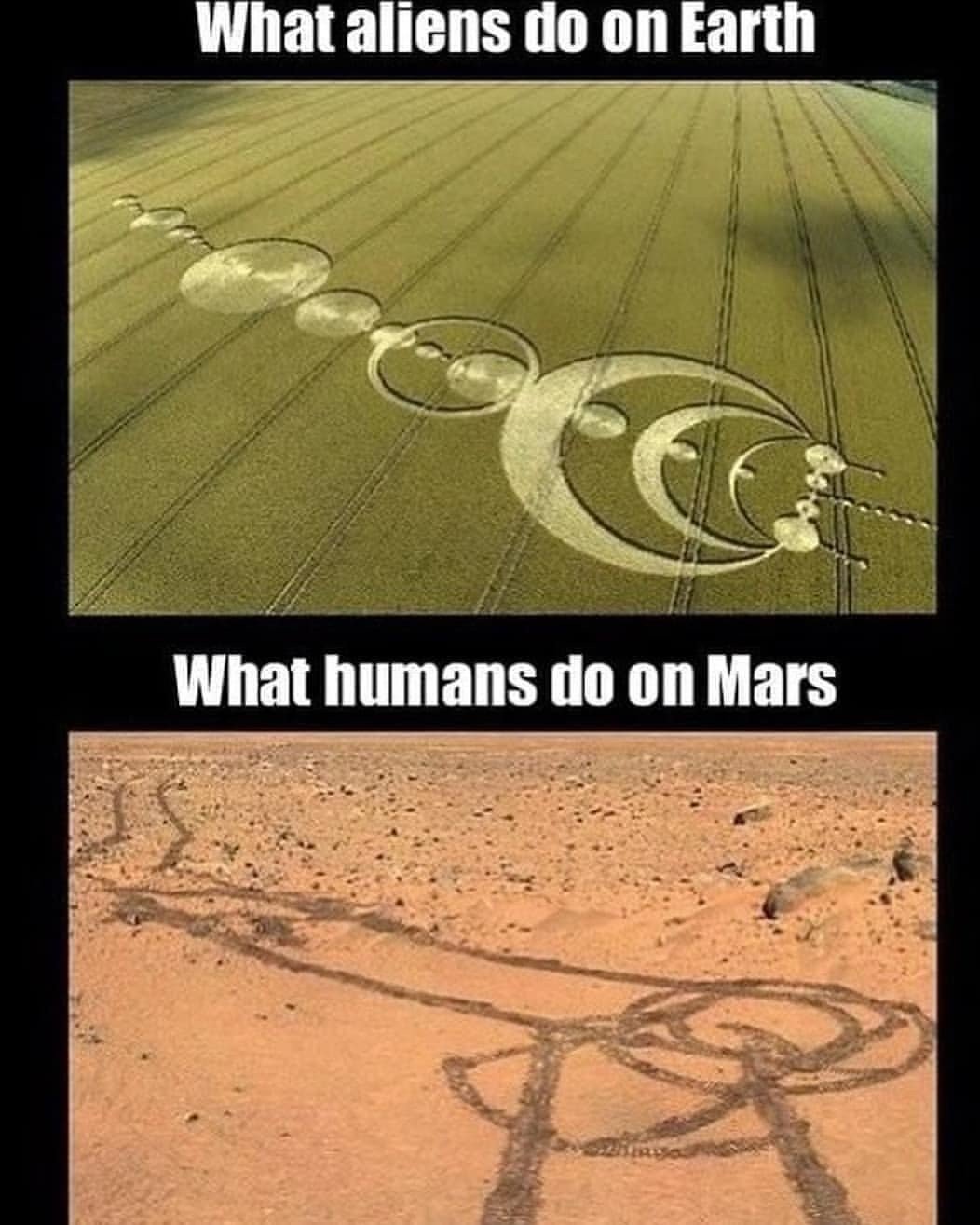 Staring out into space as a child, we still remember searching for the man in the moon, or the cow on the moon, and lots of other things on the moon. We can be pretty sure life isn’t on the moon, but Mars is still up for debate. Either way, if aliens left us a sign, we bet it would look more creative than anything we’d have to offer. 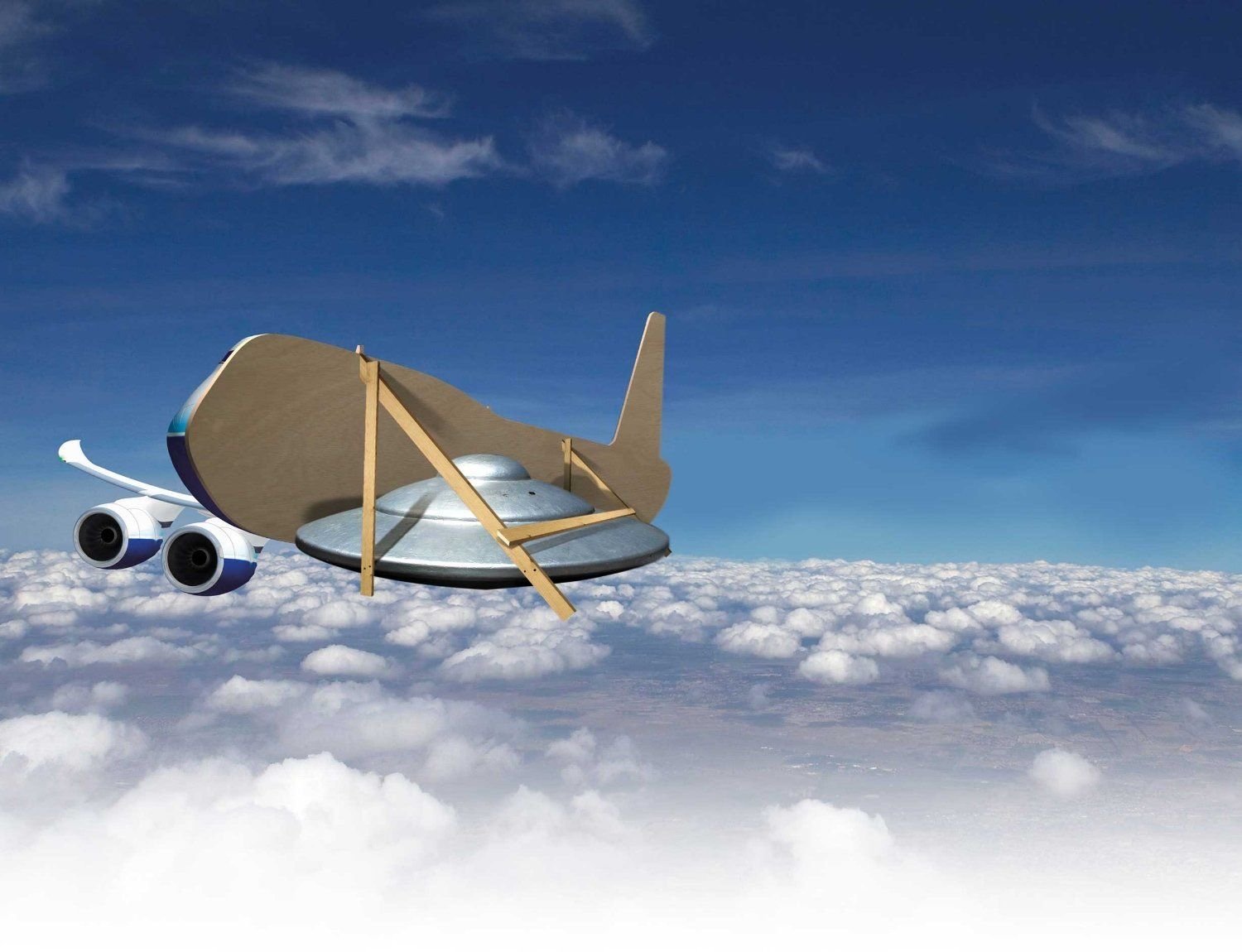 Aliens: Right in front of us

It’s a bird . . . it’s a plane . . . it’s . . . oh, we guess just an actual plane then. Or maybe it’s what they want us to think. Avid alien enthusiasts spend days of the year staring up at the sky questioning what could be, or what really is. Sooner or later, someone will get the clearest sight yet of the unusual. But not us, we’ll be spacing out with these memes. 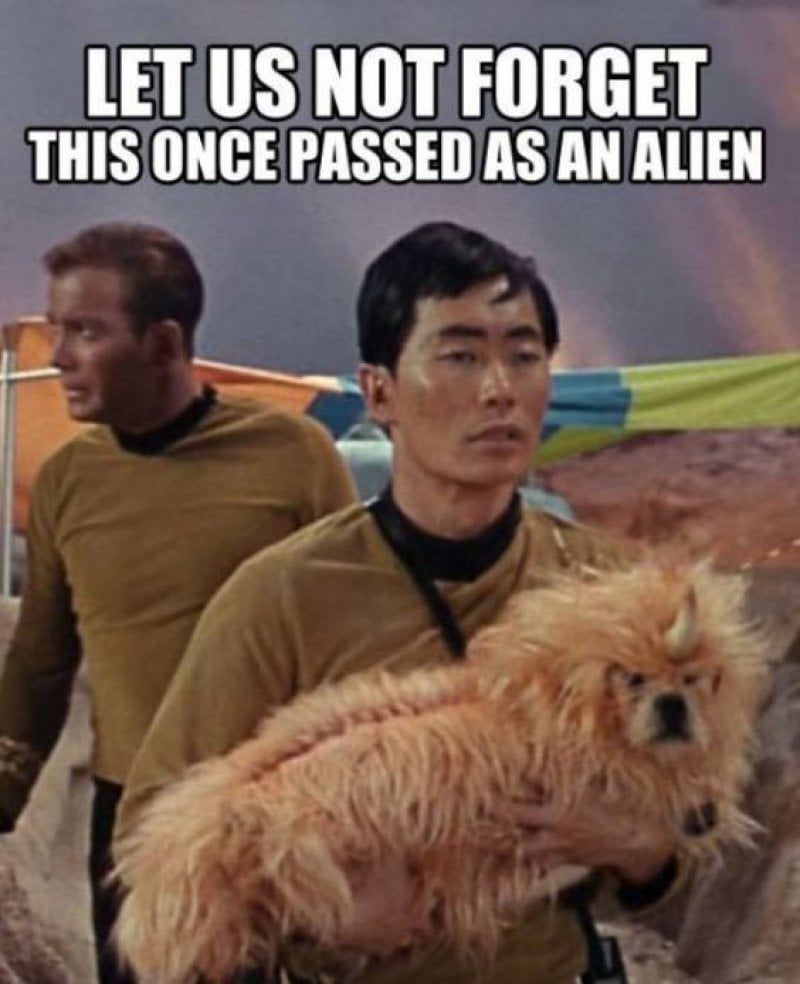 Memories of aliens past

Looking back on TV & film, it’s amazing even to us how the image of aliens from other planets were depicted. From the scary to the bizarre to the plain unbelievable – we guess a one-horned dog would be a nicer encounter than little grey people. From humanoids to microscopic bacteria, who knows how alien life will reveal itself to us.

Maybe they’re here already. For those of us too busy staring at the sky with fantasies of alien life, maybe we need to be more conscious of the people right in front of our eyes. Who says thinking down to Earth can’t reveal some otherworldly sights – like aliens & UFOs. 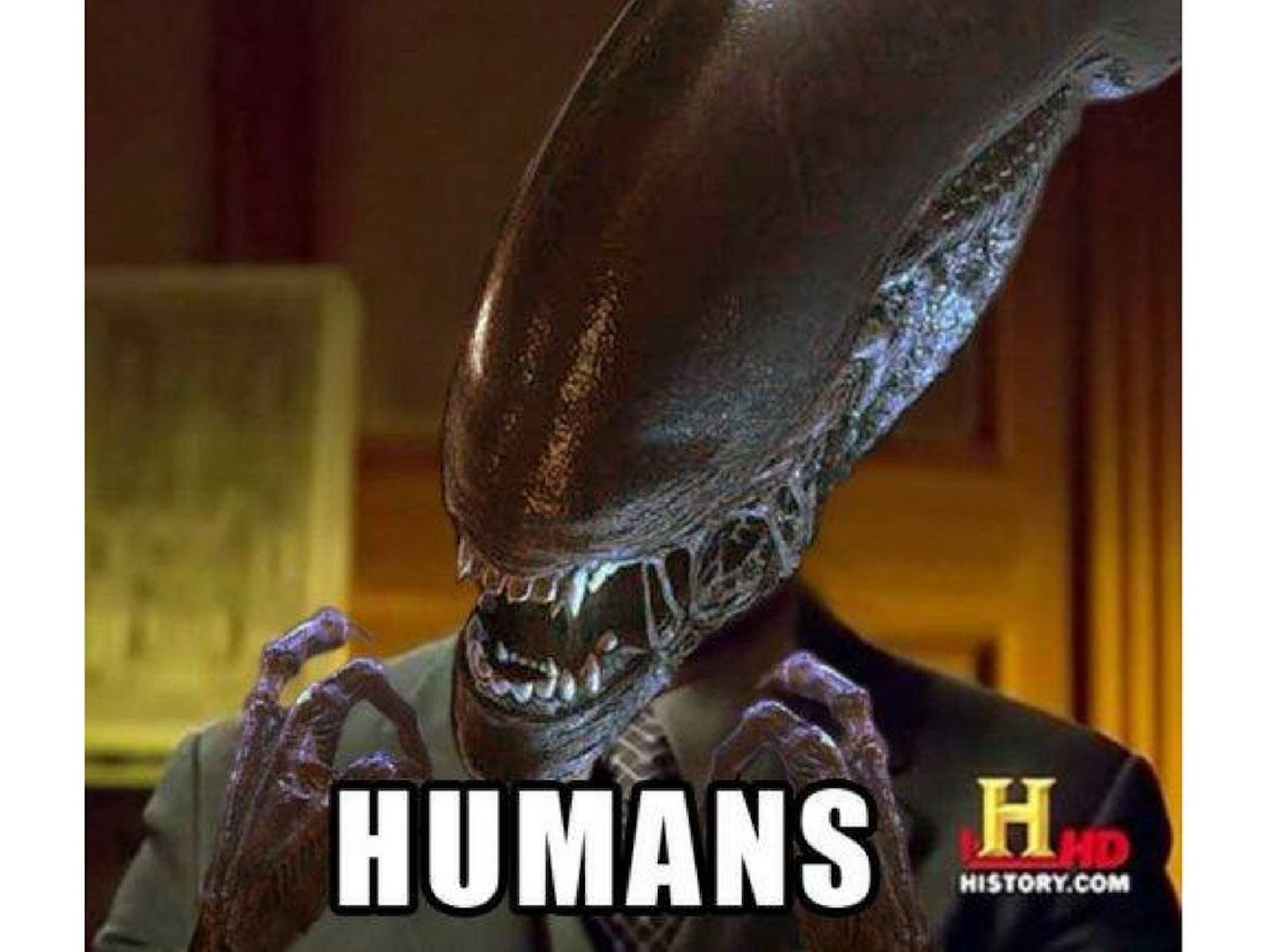 If it can’t be explained on Earth, why not aliens? Such have been the thoughts of alien enthusiasts and subjects of our favorite alien memes for years. We can only imagine the universal chaos all our activity in space has caused – if anyone else is in fact watching. Take a look out at the sky and screams “thanks” for all the aliens may have given us. 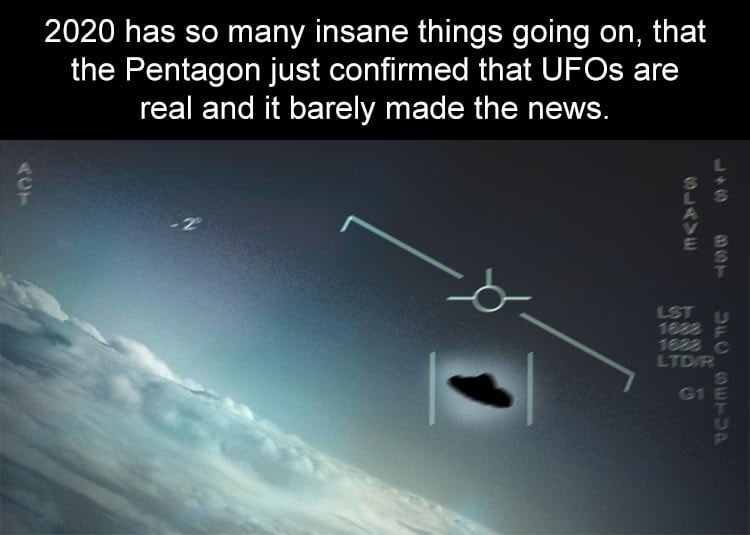 Those seeking proof of aliens rejoiced in 2020 when the U.S. military confirmed they’ve encountered objects in the sky beyond any explanation. The world watched, then changed the channel to something else. With global pandemics, war, and general human chaos, aliens or UFOs in 2020 just aren’t enough to capture our subdued imaginations.

That being said, we’re sure aliens are floating somewhere above looking on in horror at our highway rest-stop of a planet – or maybe they’re just laughing. 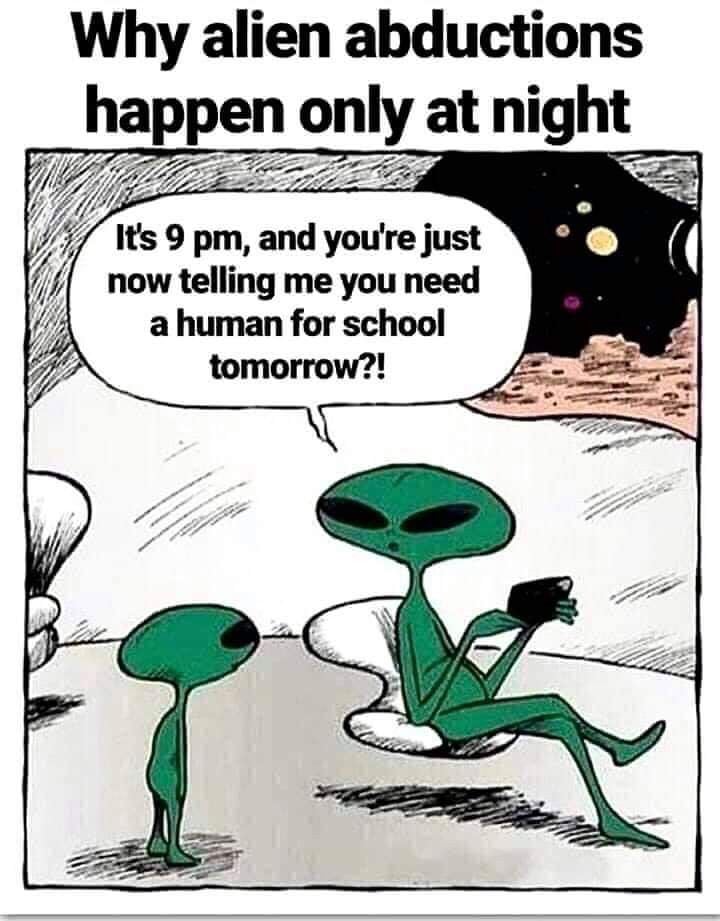 Staring out at something familiar

Imagine staring out to space and seeing a world entirely different from ours – with all the exact same problems. Aliens not wanting to get up for work, walking pets, or procrastinating on their homework. After all, who’s to say all the alleged abductions were alien kids looking for a quick A on their science projects.

If human beings were just space’s equivalent of baking soda volcanoes, we wouldn’t be the least bit surprised. Looking out into the stars, we can’t imagine being the most advanced things floating along. And if we are, we’ll still take turns imagining otherwise.