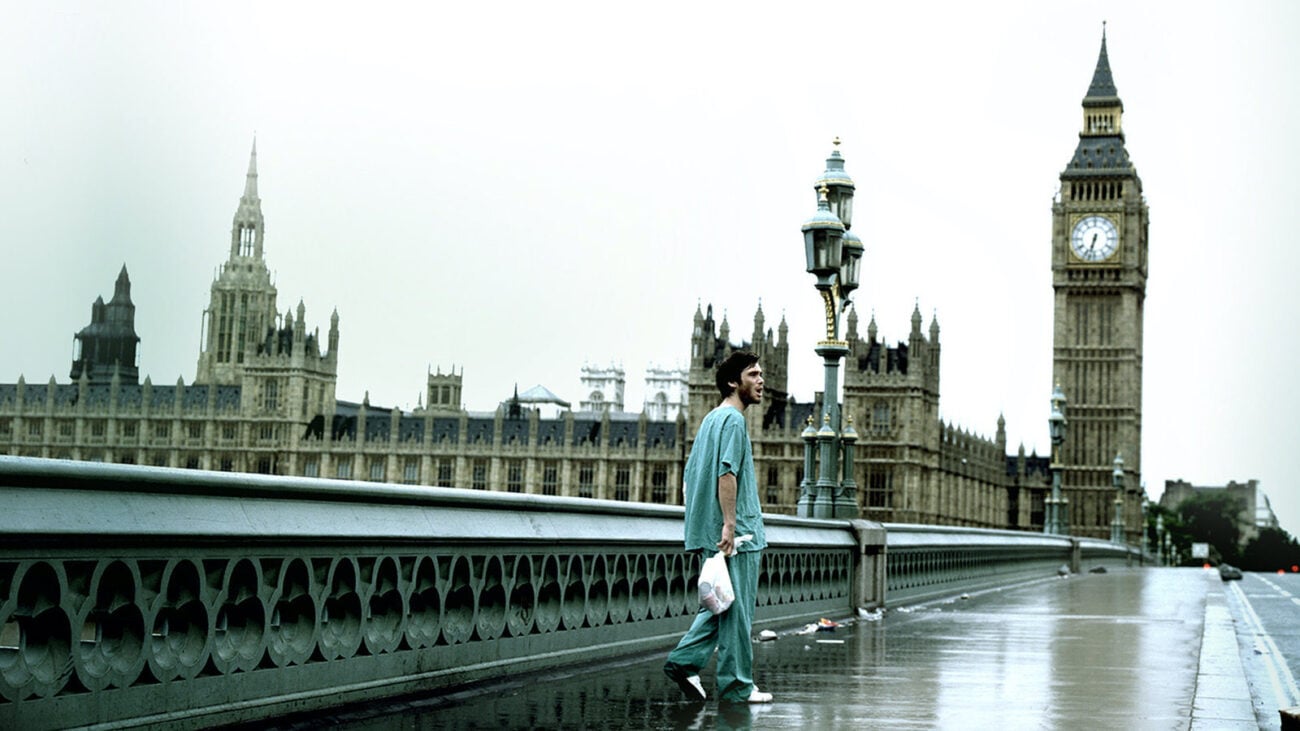 5 Pandemic-Themed Movies Over the Years

The recent pandemic has sparked a renewed interest in virology and contagious diseases and consequently sparked a revival of pandemic-themed movies. However, this is by no means a new theme in cinema. Here we look at five such movies spanning more than 5 decades. 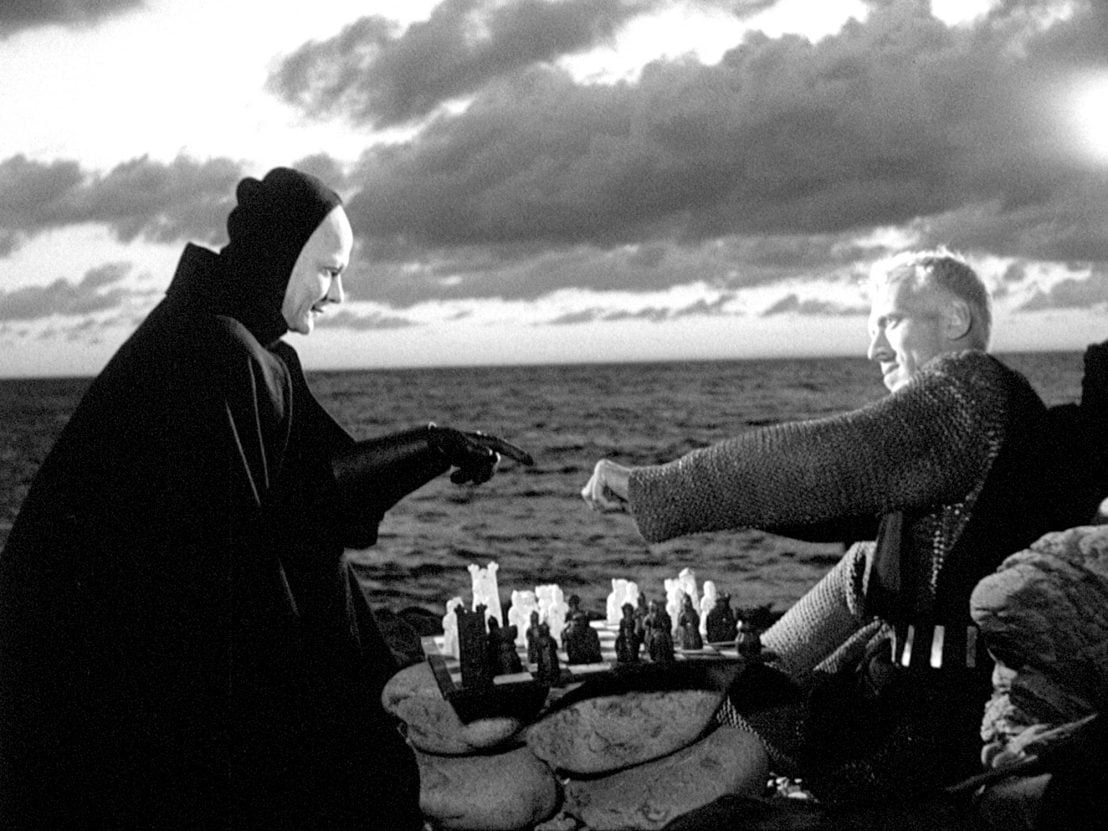 This Bergman classic is one of the most highly rated movies of its genre. Set in the 14th century, it tells the tale of a knight returning from the Crusades. Disillusioned by war and having lost his belief in God, he returns to land hit by the Black Plague. On his trek, he meets Death, but unwilling to die without answers and redemption, he challenges Death to a game of chess.

His encounter with an acting troupe and a group of Christian fanatics further strengthen his resolve to win the challenge. From the opening sequence of Death and the knight playing chess on the beach to the iconic confessional scene, this is a thought-provoking and highly entertaining must-see.

This movie will appeal to the scientifically inclined and serious sci-fi fans, with the central theme involving finding a cure for a deadly virus. In this instance, the virus resulted from the unexpected re-entry to Earth of an army satellite. It crashes into a small town in Arizona and within days wipes out the entire population, except for an old man and a baby.

A team of scientists is housed in a secret laboratory to study the virus and the two survivors who are kept there as patients. The lab is fitted with a self-destruct facility, which results in some tense scenes. However, after the dramatic start, it tends to become bogged down in scientific detail and rhetoric, only picking up again towards the end with a dramatic conclusion. 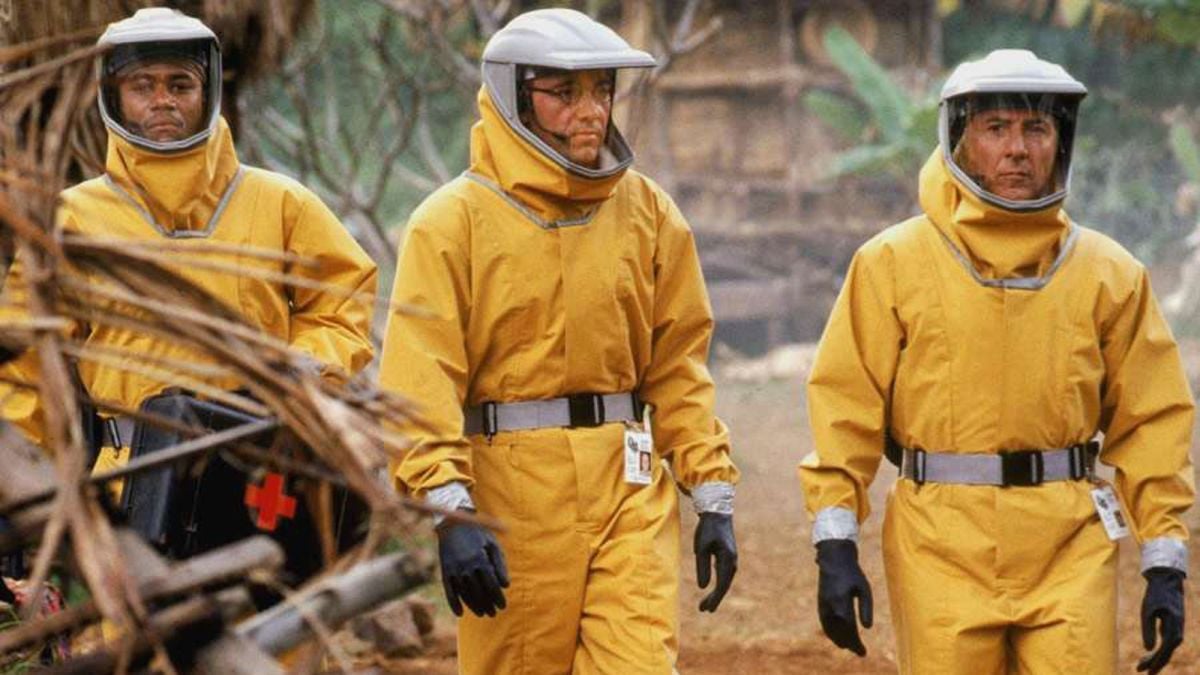 A stellar cast helps to ensure the success of this US medical crisis movie. In 1967 two U.S. Army officers, McClintock and Ford, go to Africa to investigate the feasibility of using a deadly virus in biological warfare. 28 years later, Colonel Daniels is sent to investigate the outbreak of a highly contagious disease in the African jungle.

Although he is concerned about its spread, his boss Ford, now an army general, assures him that it’s unlikely to spread to the US.

However, after an African monkey is smuggled into the US, the virus spreads and very soon panic ensues. A man visiting Boston dies of the virus after infecting several others, and back in his native California, several more are infected. In a dramatic sub-plot, Daniels suspects that both Ford and McClintock have a secret agenda. Definitely worth a watch! 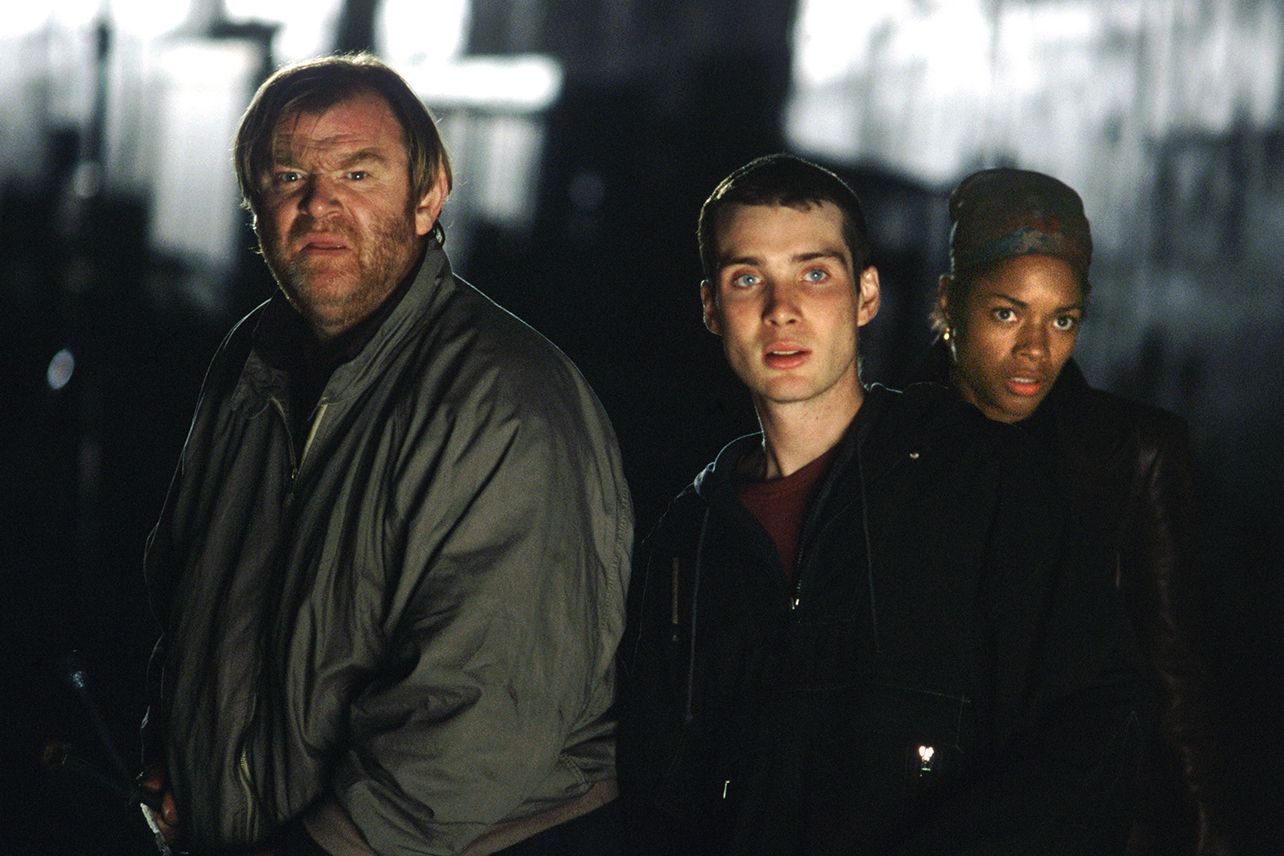 Cillian Murphy of Peaky Blinders fame heads up the cast of this Zombie horror drama set in London. A group of animal rights activists frees chimpanzees from a Cambridge laboratory, causing the immediate spread of a lethal rage-inducing virus. 28 days later Jim (Murphy), a young courier, wakes up in a deserted hospital following an accident that left him in a coma.

He panics upon realizing that he is completely alone and finds out that London is deserted. When he is attacked by zombie-like raging monsters, his panic becomes real fear and he runs. He’s rescued by two survivors who explain that the virus has taken over the population and society has broken down. Their race for survival takes them to Manchester, where their troubles very quickly escalate…. 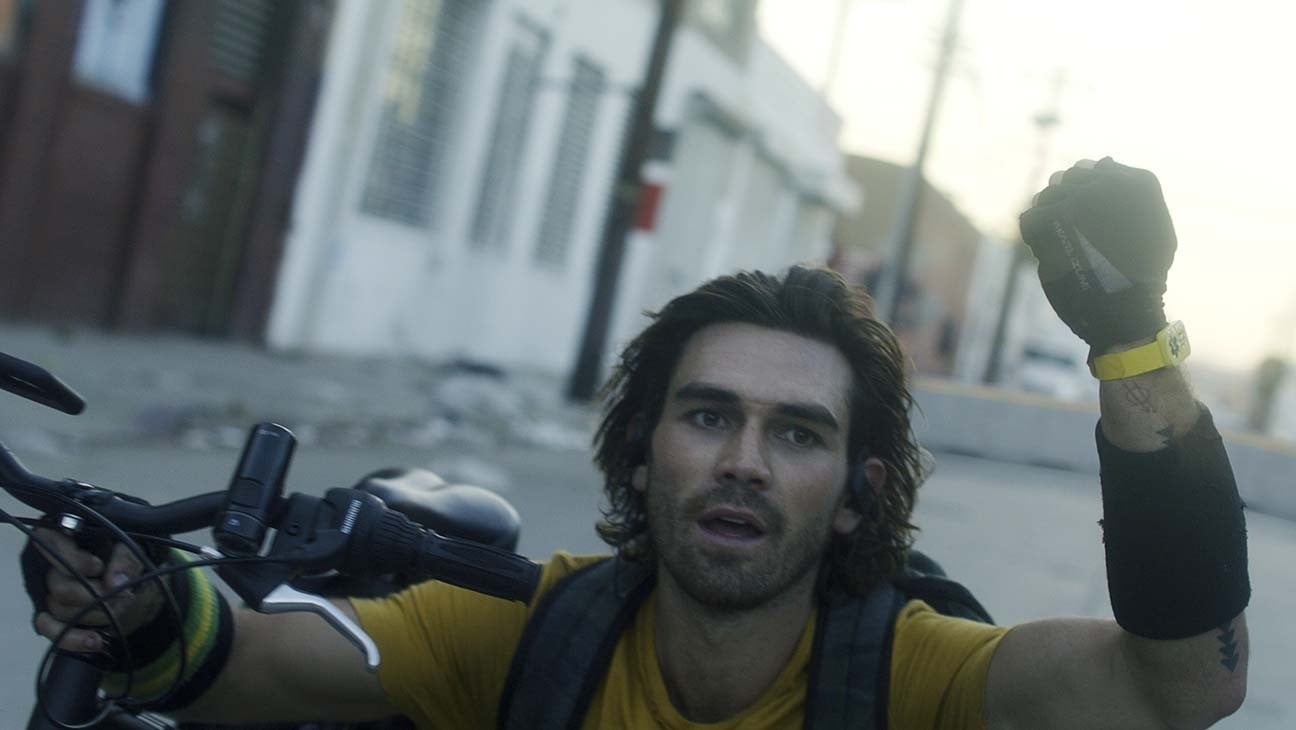 A bit too close to home, this US drama takes the COVID pandemic to 2024, now in its fourth year and known as COVID 23. No longer satisfied with sitting at home watching Netflix or playing online slots, citizens are now rising up against the isolation and fear brought on by harsh quarantine rules and strict law enforcement.

Much of the movie follows Nico (K.J. Apa) a courier who is immune to the virus and on a mission to save his girlfriend Sara (Sofia Carson).

Sara tests positive after interaction with her infected neighbor and is isolated in their apartment until the military removes her to an infected zone. Unfortunately, there is very little excitement or drama despite the excellent cast who are way under-utilized. Not much to offer in the way of entertainment value! 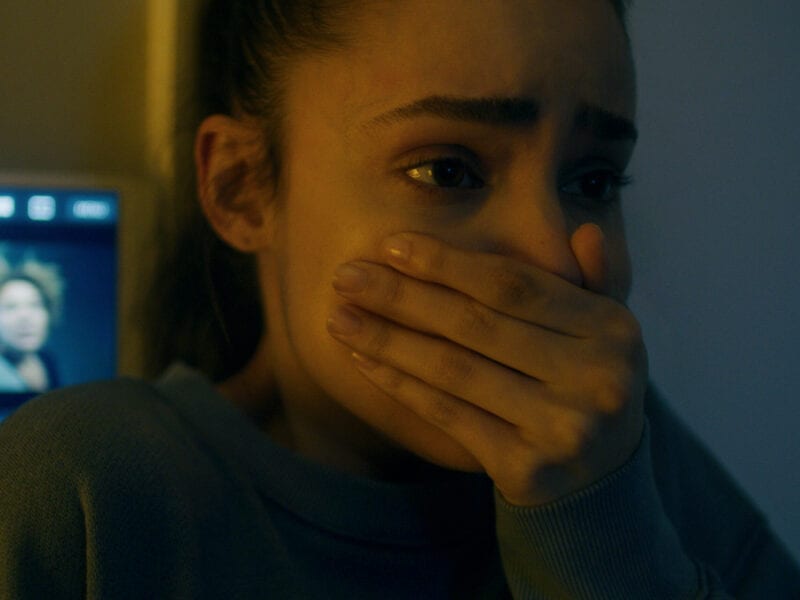 Michael Bay’s pandemic movie trailer: Should we take it seriously? 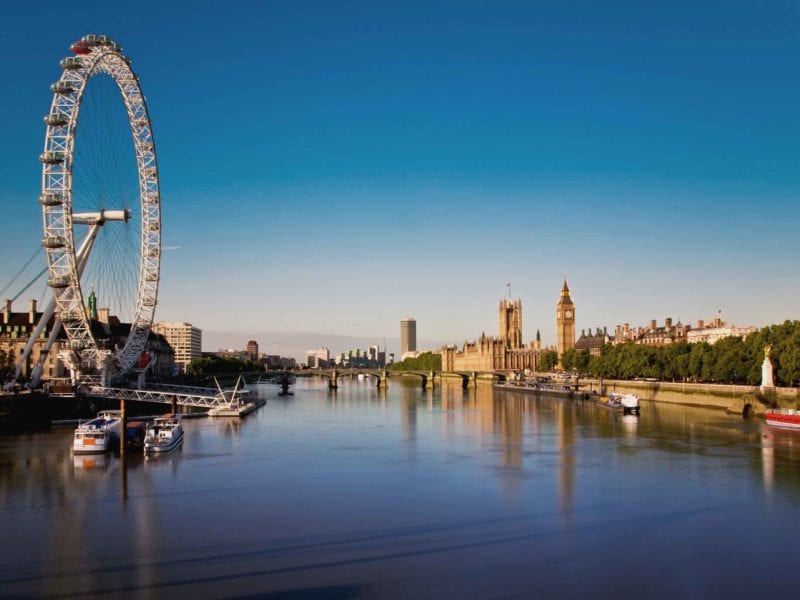 Tourist traps: Check out these must-visit movie locations in London