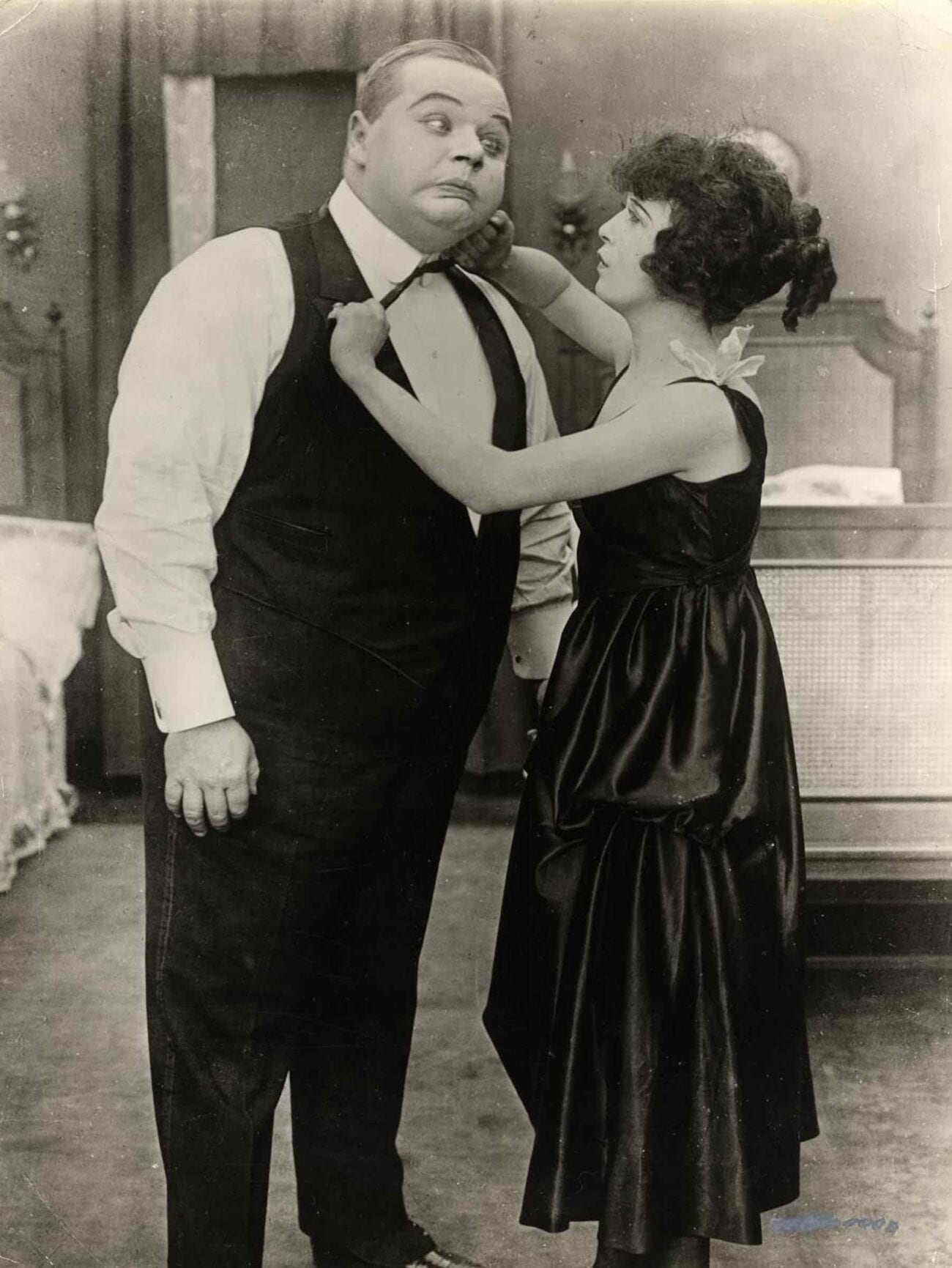 Murder in Hollywood: How an arrest destroyed Fatty Arbuckle’s career

If you know your classic Hollywood, then chances are you’ve heard of Fatty Arbuckle. Roscoe “Fatty” Arbuckle was the highest-paid actor in the world in 1921. Arbuckle mentored Charlie Chaplin. He discovered Buster Keaton and Bob Hope. He was a pioneer in comedy films.

In 1921, he was on top of the world. Arbuckle was with Paramount, who gave him complete artistic control of his films along with an unheard of $3 million USD three-year contract ($51,000,000 USD in 2019). At the time, this made Arbuckle the highest-paid actor in Hollywood. The same year, however, he was thrust into a media circus and a trial that would virtually end his career in Hollywood.

Here’s the story of the death of Virginia Rappe and the trials of Fatty Arbuckle. 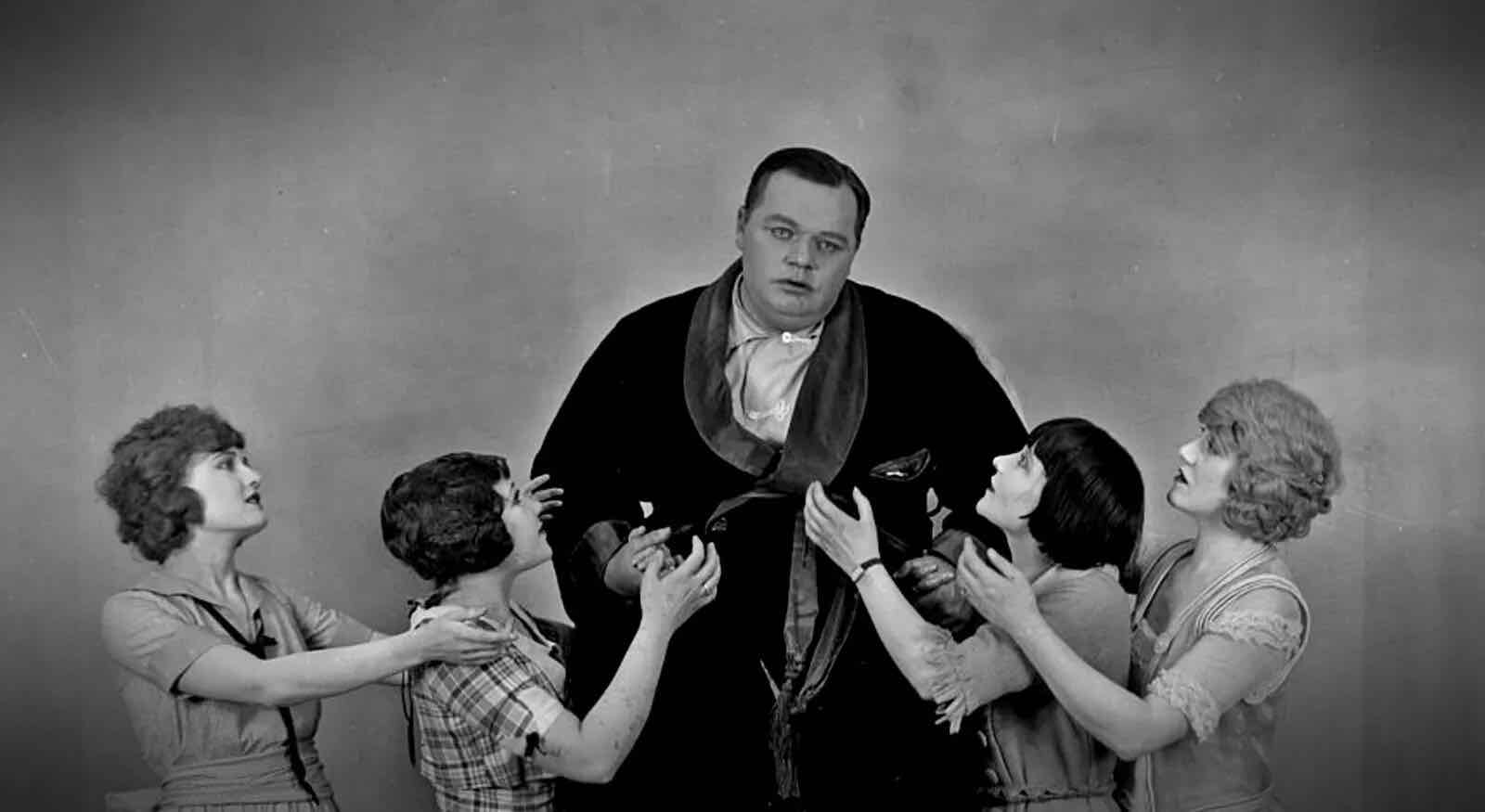 Here’s the difficult thing when talking about Rappe and Arbuckle. Given conflicting reports, the media circus, exaggerations from the tabloids, and general uproar around the trials, it makes it difficult to actually determine what happened that day. Even to the present day, Arbuckle’s guilt or innocence remains unclear.

Here’s what we do know about what happened on Sept. 5, 1921. Arbuckle took a break from filming to travel to San Francisco with two friends Lowell Sherman and Fred Fishback to San Francisco. The three checked into three rooms at the St. Francis Hotel and a party ensued in room 1220. Arbuckle and Fishback were sharing 1219 with Sherman in 1221.

Despite it being Prohibition, there was booze flowing along with men and women out and about. Amongst them was aspiring actress Virginia Rappe, who was 26-years-old. Arbuckle and Rappe were seen together at the party in the same room together, 1219. Arbuckle left and Rappe was writhing in pain on the bed.

Now, this wasn’t too uncommon an occurrence with Rappe. According to doctors, Rappe suffered from chronic UTI’s. It was exacerbated by alcohol. Between the poor quality of Prohibition hooch and Rappe’s apparent tendency to over imbibe, this usually left her in a fair amount of pain.

Still when she was found the hotel doctor was called. He just thought she drank too much. He gave her morphine to calm her pain, but the pain didn’t go away. Two days later, Rappe went into the hospital. She died the next day, four days after the party, from a ruptured bladder. 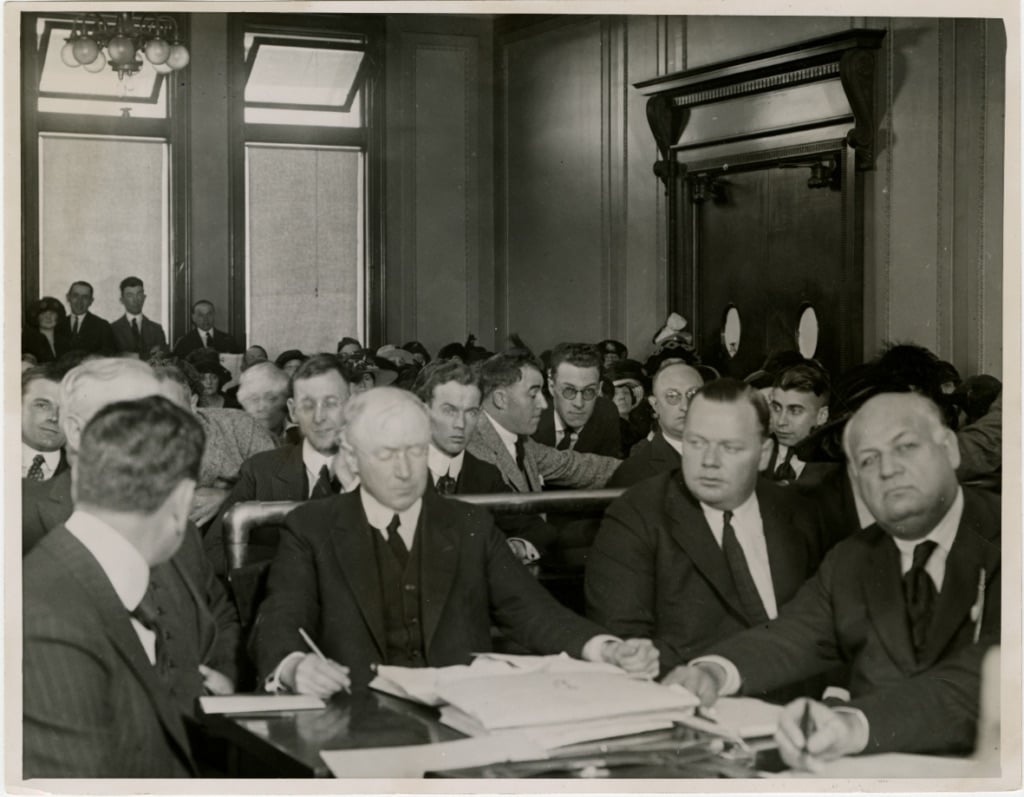 How was Fatty suspected?

There are two main stories told about the night of Sept. 21. Party guest Maude Delmont said that Arbuckle strong-armed Rappe into his room after a few drinks. Reportedly, he said, “I’ve waited for you five years, and now I’ve got you.” Delmont heard screams 30 minutes later and knocked on the door.

Arbuckle answered. Rappe, Delmont saw, was lying on the bed, naked, and moaning in pain. Delmont claimed that Rappe said, “Arbuckle did it” before she was taken away to another hotel room. 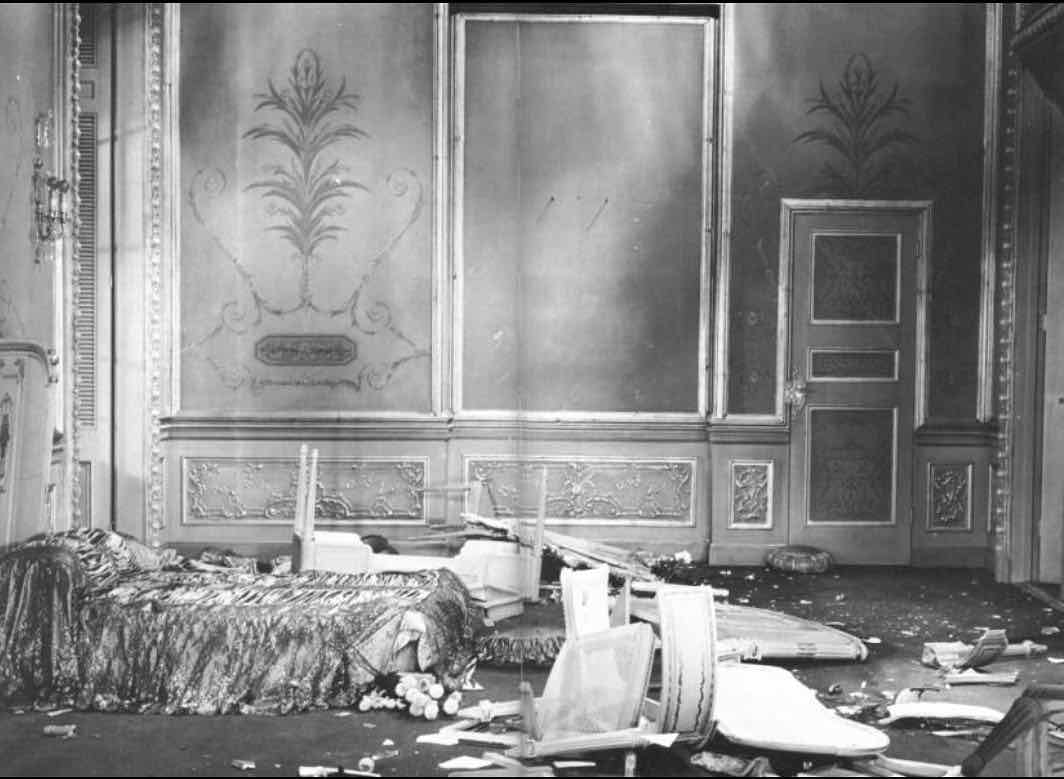 Arbuckle, however, said that he went to the bathroom where he found Rappe on the floor, vomiting. He helped her onto his bed. He and other guests summoned the doctor, who said that she was drunk and needed to sleep it off. Rappe went to another hotel room.

After Rappe died on Sept. 9, 1921, Delmont told her story to the police. On Sept. 11, Arbuckle was arrested for Rappe’s death. For many people, this was Hollywood’s first major scandal. According to publisher William Randolph Hearst, the scandal was great for business. 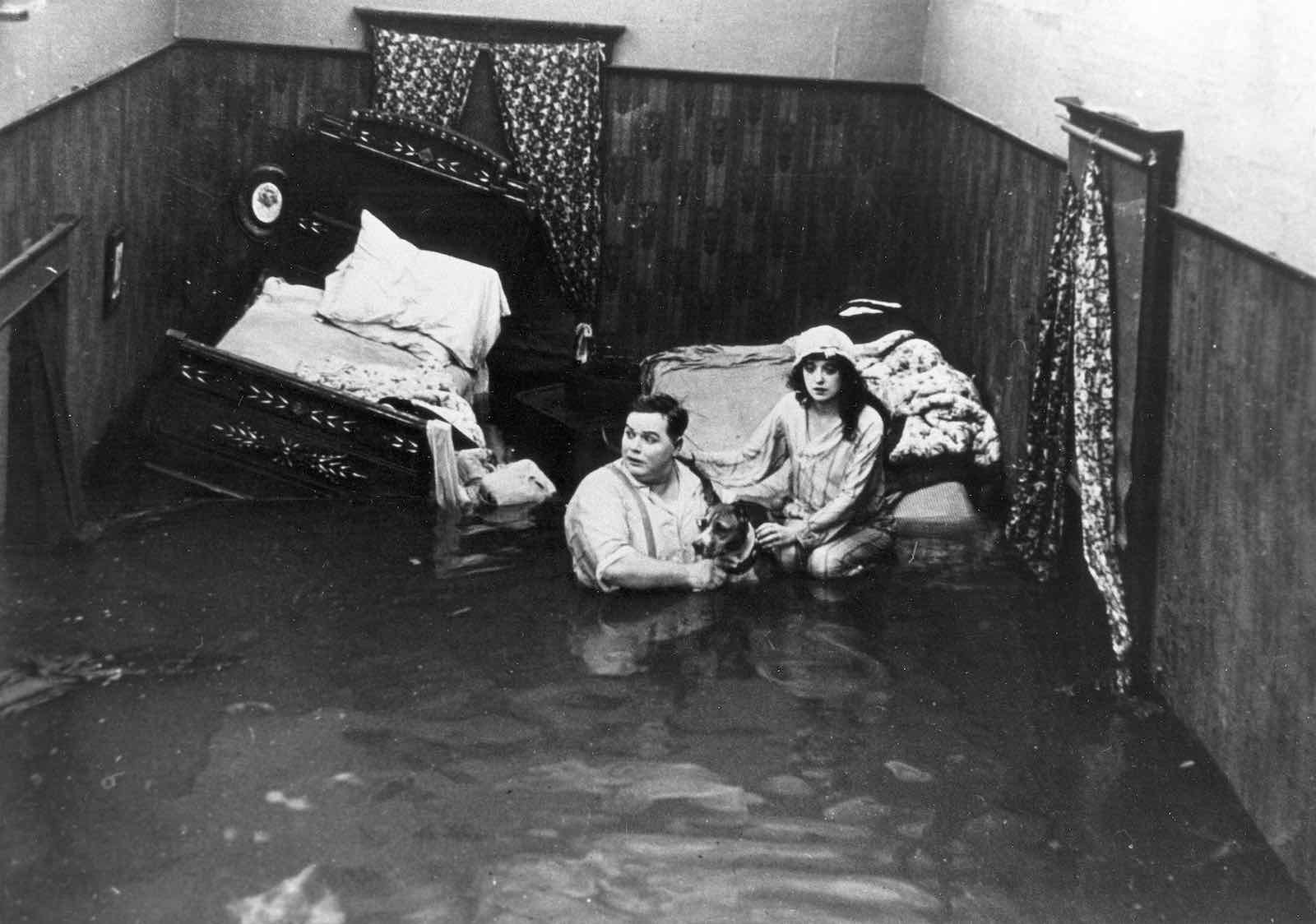 The fall of Fatty Arbuckle

The murder charge didn’t help Arbuckle’s image, but what really sunk him were the papers. Newspapers all over the country were trying to outdo each other with salacious lies. Some said that Rappe died due to the overweight Arbuckle crushing her, a popular legend around the story. Others went on about Arbuckle’s supposed sexual depravities so they can outsell their competitors.

Rappe and Arbuckle were both dragged through the mud. When Arbuckle went to his first trial for manslaughter, his public image was just ruined beyond repair.

You would think that Delmont would be called to the stand, but she wasn’t. Delmont’s testimony would never hold in court. Her story of that night changed a lot. She also had a reputation for blackmailing celebrities with their sexually salacious secrets. Also, she reportedly sent a telegram to attorneys, saying “WE HAVE ROSCOE ARBUCKLE IN A HOLE HERE CHANCE TO MAKE SOME MONEY OUT OF HIM.” 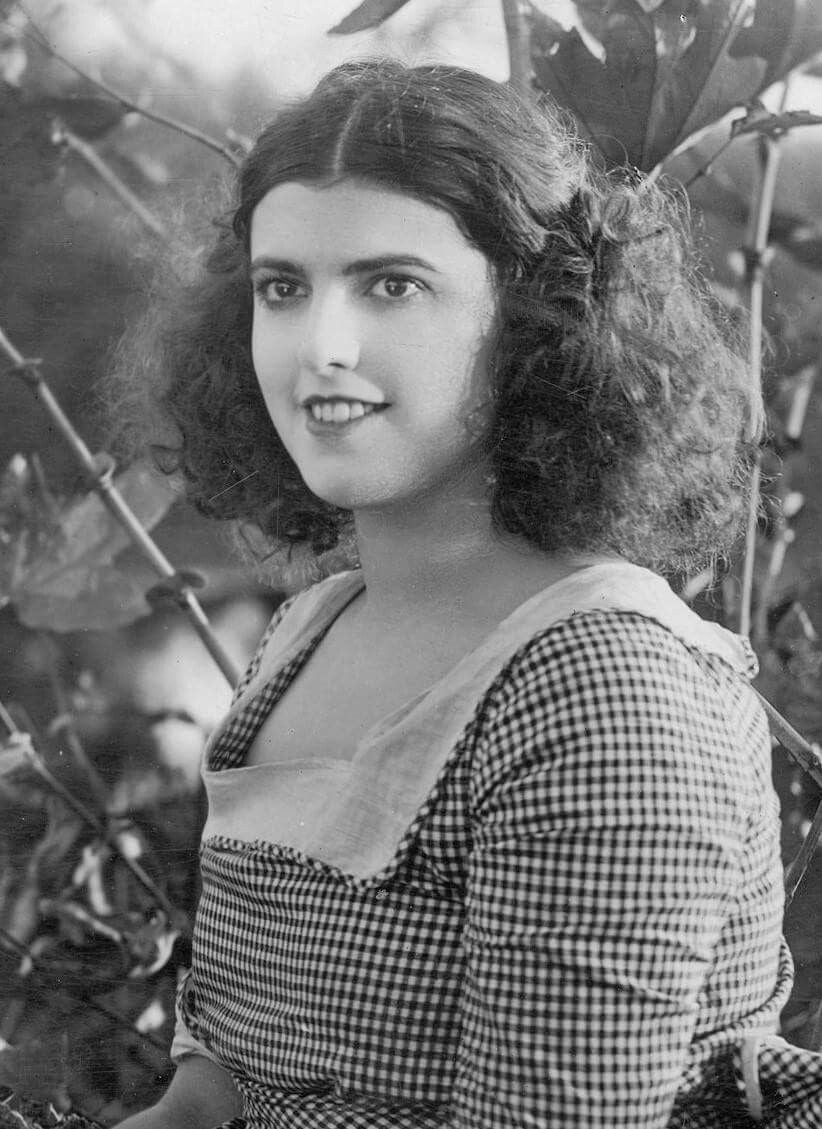 So, yeah, she would be someone that defense would destroy on the cross-examination given the chance.

Throughout the three trials, the defense stuck to Arbuckle’s version of events. They found witnesses to corroborate the claims. The autopsy showed no violence on Rappe’s body. The first two trials were deadlocked, usually in favor of a not guilty verdict.

The third trial would actually bring forth the not guilty verdict that Arbuckle’s teams was looking for. Namely because, tired of the trials, the defense took more aggressive measures and tore the prosecution’s case apart. It took only six minutes for the jury to return with a Not Guilty verdict. 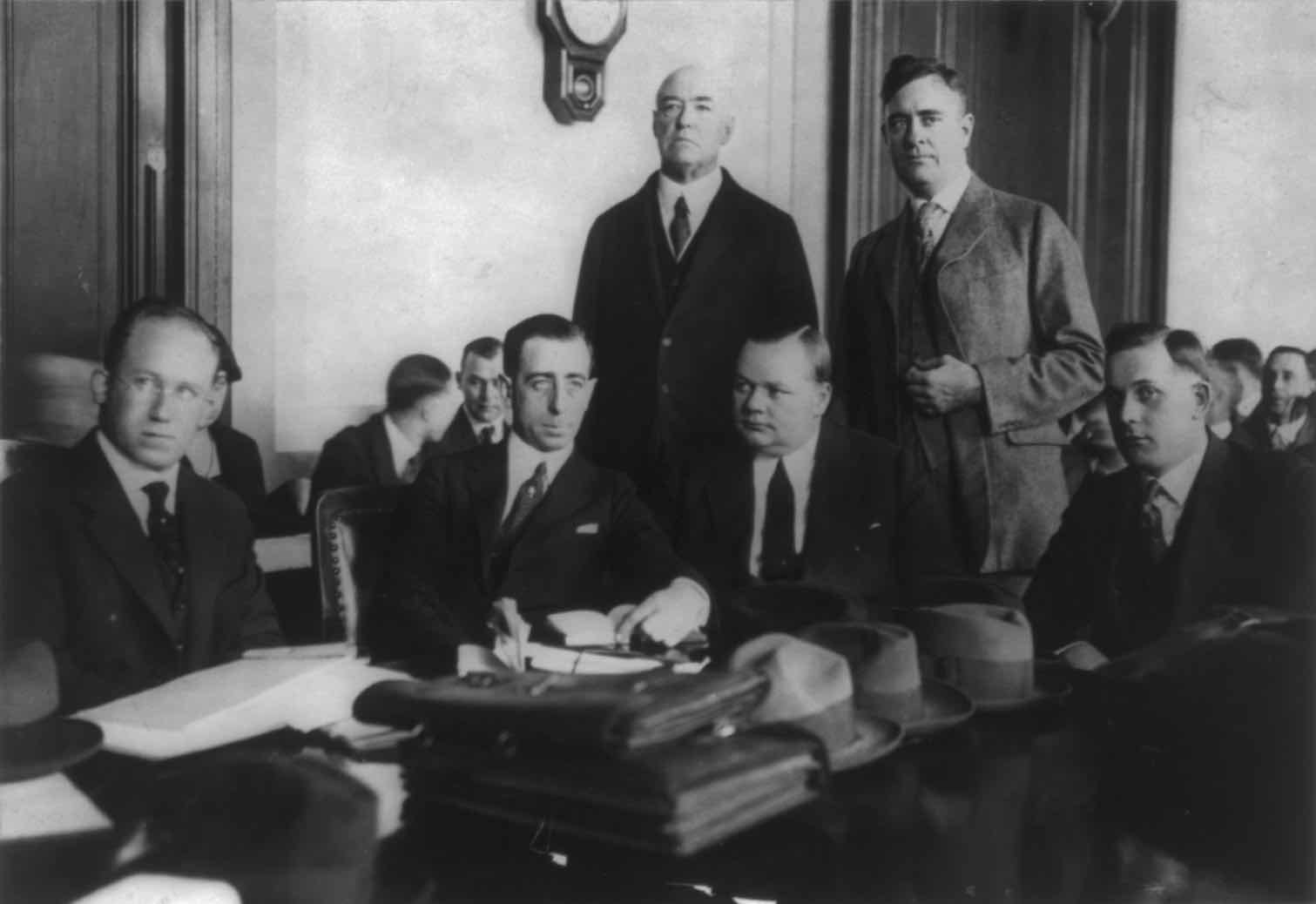 In fact, the jury went one step further and read a statement about how they felt Arbuckle was treated during the whole affair.

“Acquittal is not enough for Roscoe Arbuckle. We feel that a great injustice has been done him. We feel also that it was only our plain duty to give him this exoneration, under the evidence, for there was not the slightest proof adduced to connect him in any way with the commission of a crime. He was manly throughout the case and told a straightforward story on the witness stand, which we all believed. 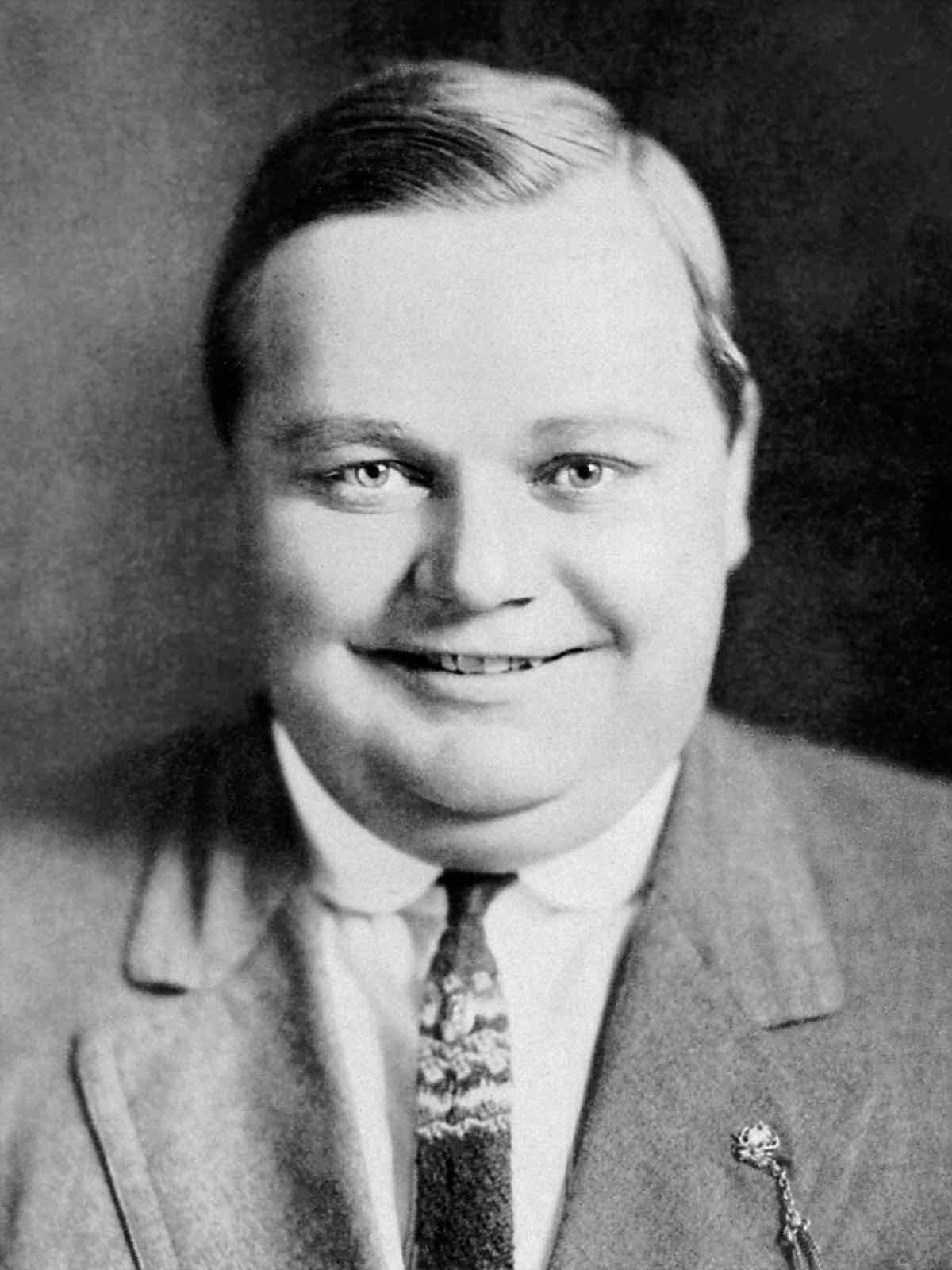 The happening at the hotel was an unfortunate affair for which Arbuckle, so the evidence shows, was in no way responsible. We wish him success and hope that the American people will take the judgment of fourteen men and woman who have sat listening for thirty-one days to evidence, that Roscoe Arbuckle is entirely innocent and free from all blame.”

It was too little, too late though. 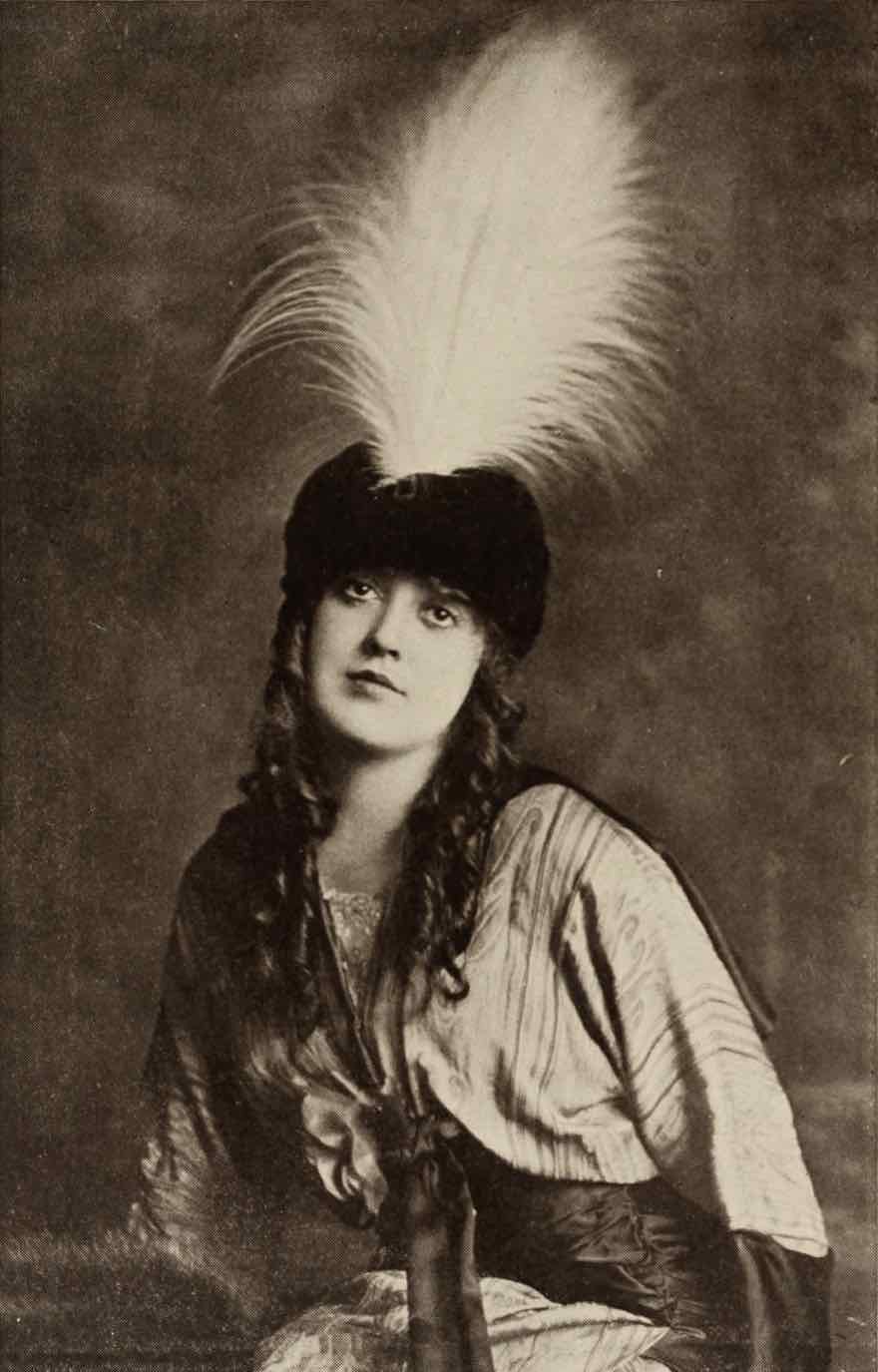 Will H. Hays, of the Hays Code, would cite Arbuckle as being an example of all poor morals in Hollywood. He declared Arbuckle blacklisted from on-camera work and all his films were pulled. We can take comfort in knowing that the Hays Code would be abolished in a few decades.

In the same year, however, Hays was forced to lift his ban due to public pressure. Arbuckle, however, would never find work as an actor again. He was able to get some behind the camera work as a director using the name William Goodrich. Buster Keaton also helped him out financially. He also did some writing and directing under his own name. 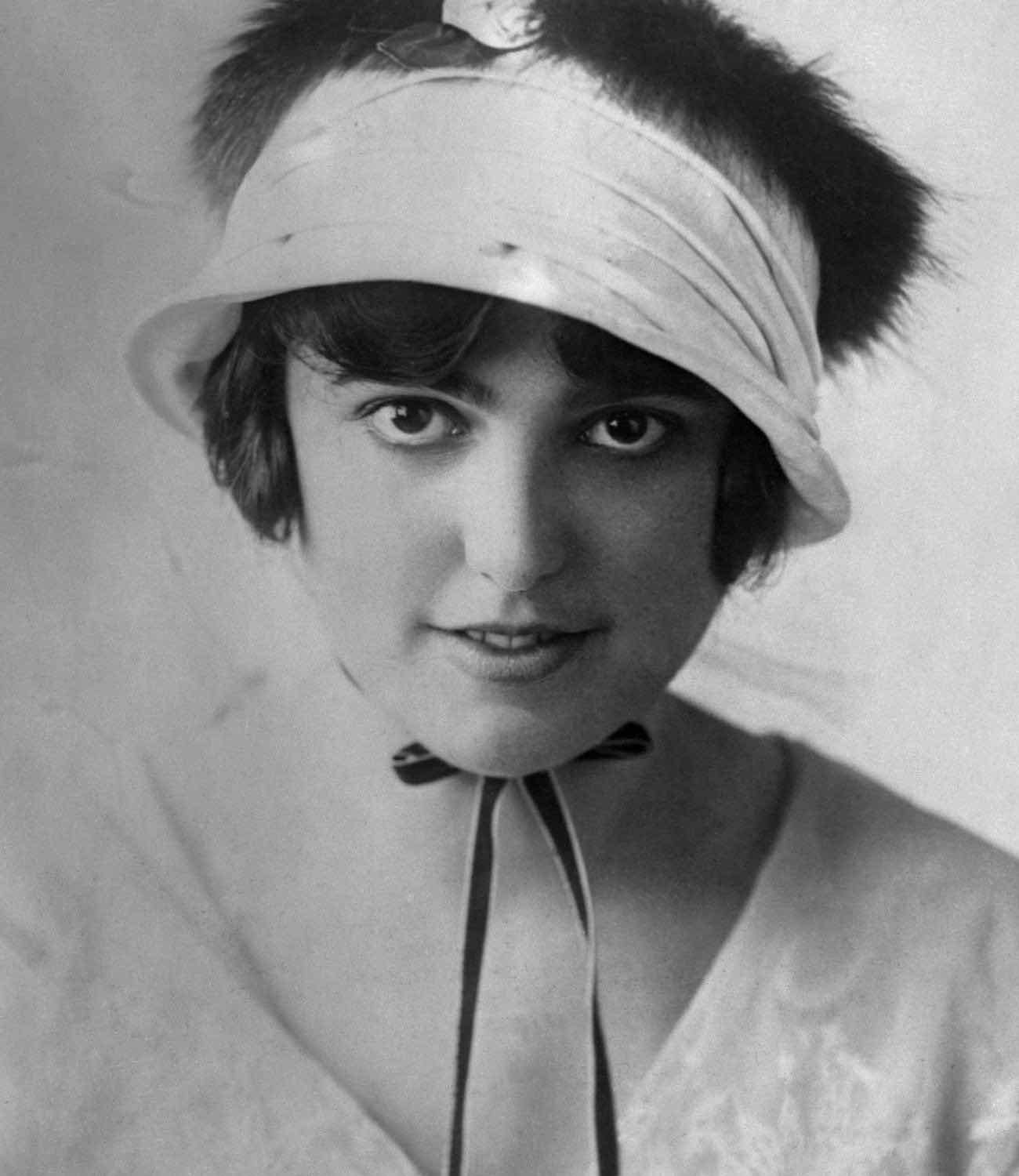 Still Arbuckle climbed into a bottle and never really climbed back out of it. He would get some work in short films with Warner Bros in 1932, which holds the only known recordings of his voice. In 1933, he signed a contract for a feature-length film with Warner Bros after those did well. He reportedly said, “This is the best day of my life” when he signed the contract.

It would also be the last day of his life. Arbuckle died in bed that night of a heart attack. He was 46.