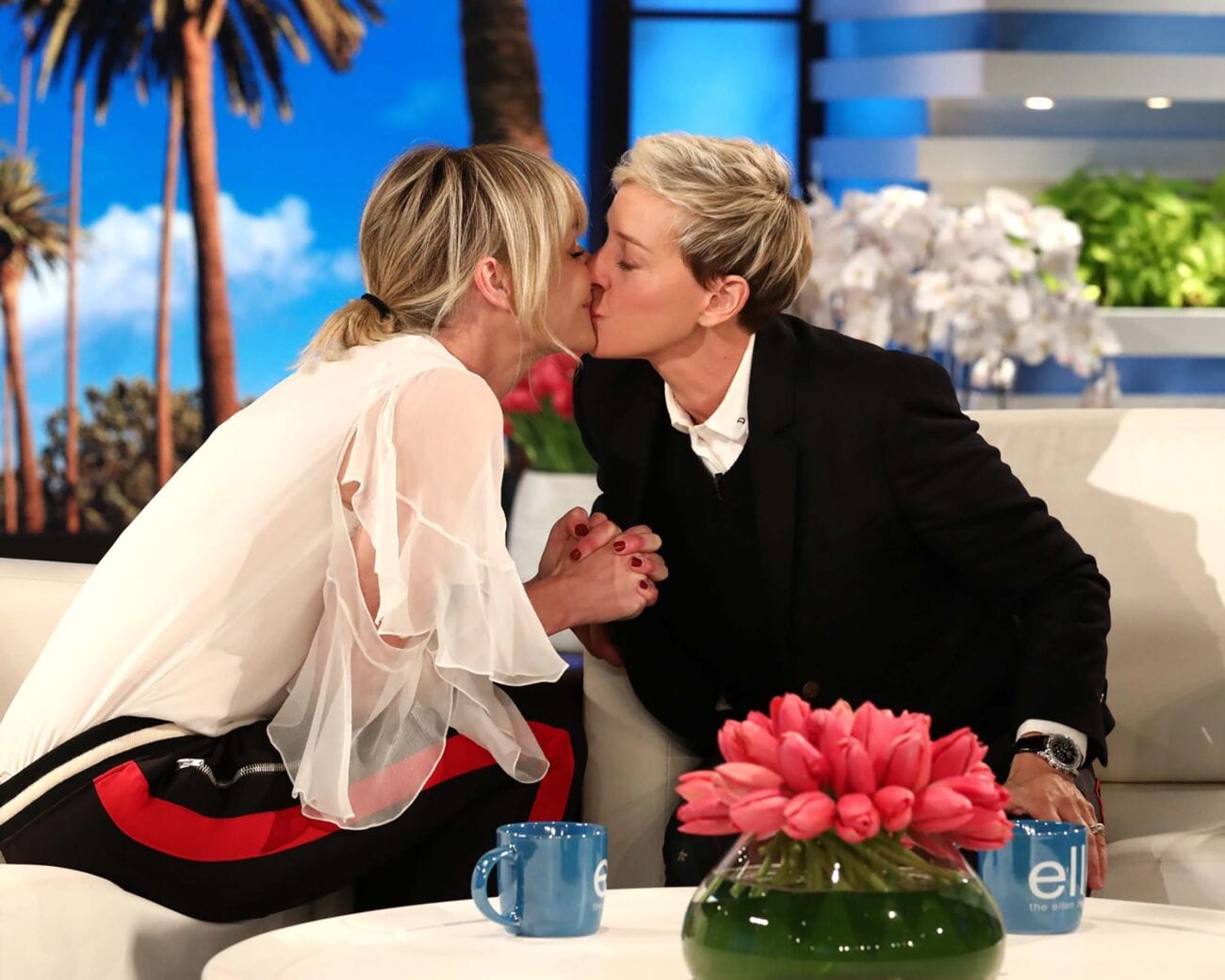 Ellen and Portia’s relationship: From lovebirds to a $500-million divorce?

The year 2020 has been a tough one for Ellen DeGeneres. In the wake of allegations of a ”toxic workplace” at The Ellen DeGeneres Show, and a scandal involving her line of home goods, rumors are once again flying that Ellen DeGeneres & Portia de Rossi are getting a divorce. With the show and her career in jeopardy the 62-year-old host, worth an estimated $490 million, naturally turns to her wife of twelve years for support.

In return, de Rossi, 47, made her feelings clear when she posted an Instagram message that read simply, “I stand by Ellen.” 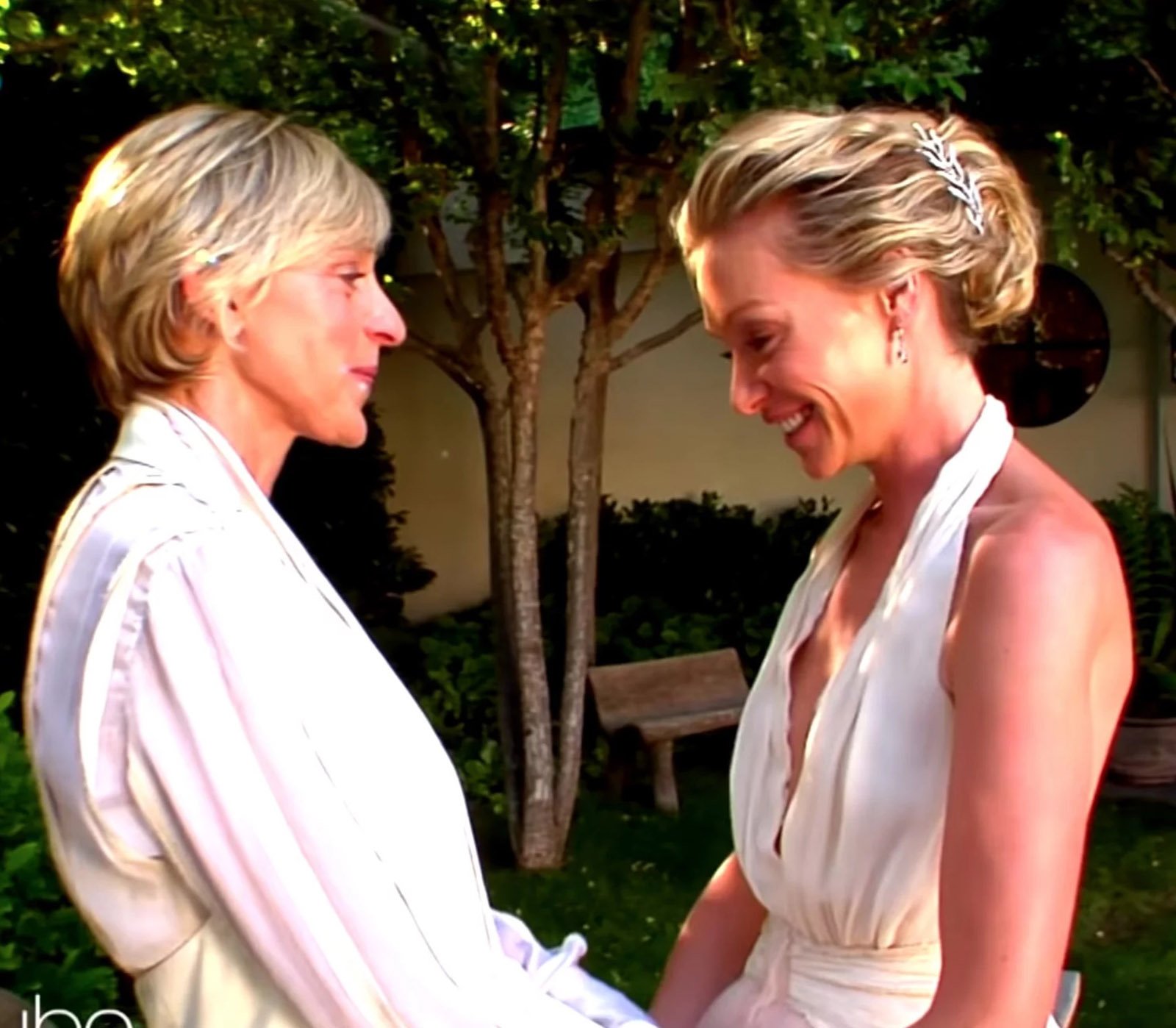 Rumors at the ready

Yet, the rumor mill has been at it hot and heavy of late. In a recent article by In Touch, the magazine alleges the spouses are “at the breaking point” and “friends” don’t think the two will make it to the end of the summer.

A so-called insider claims the couple has been “fighting nonstop” and what they’re going through is more than a “rough patch.” The supposed insider continues the friction in DeGeneres & de Rossi’s marriage has reached an all-time high, but a divorce between the two could become “costly.” 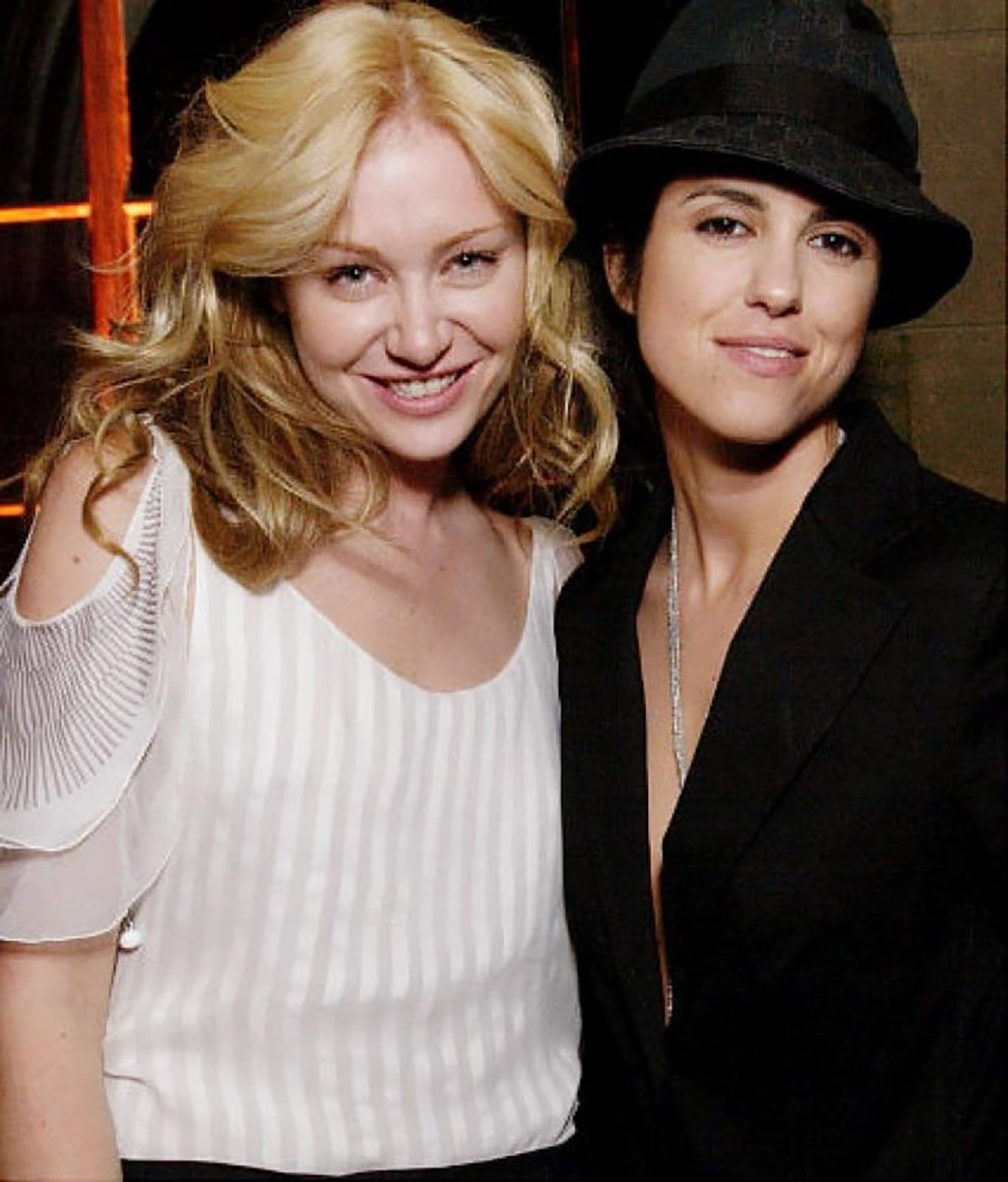 In yet another rumor mill mashup, a $10,000 throw pillow designed by DeGeneres for sale on Wayfair.com became the topic of allegations of child sex-trafficking. The theory started to gain steam after screenshots of several expensive products from the Wayfair site were shared. Conspiracy theorists jumped online citing products with people’s names like Neriah, Yaritza, Samiya & Alyvia could belong to missing children.

This specious theory has been linked to other wide-ranging conspiracy theories, including the Jeffrey Epstein scandal & Pizzagate, and even came with a digitally-edited commercial as “proof” of the allegations. It was debunked, however, as it turned out to be an altered 2018 FedEx commercial. 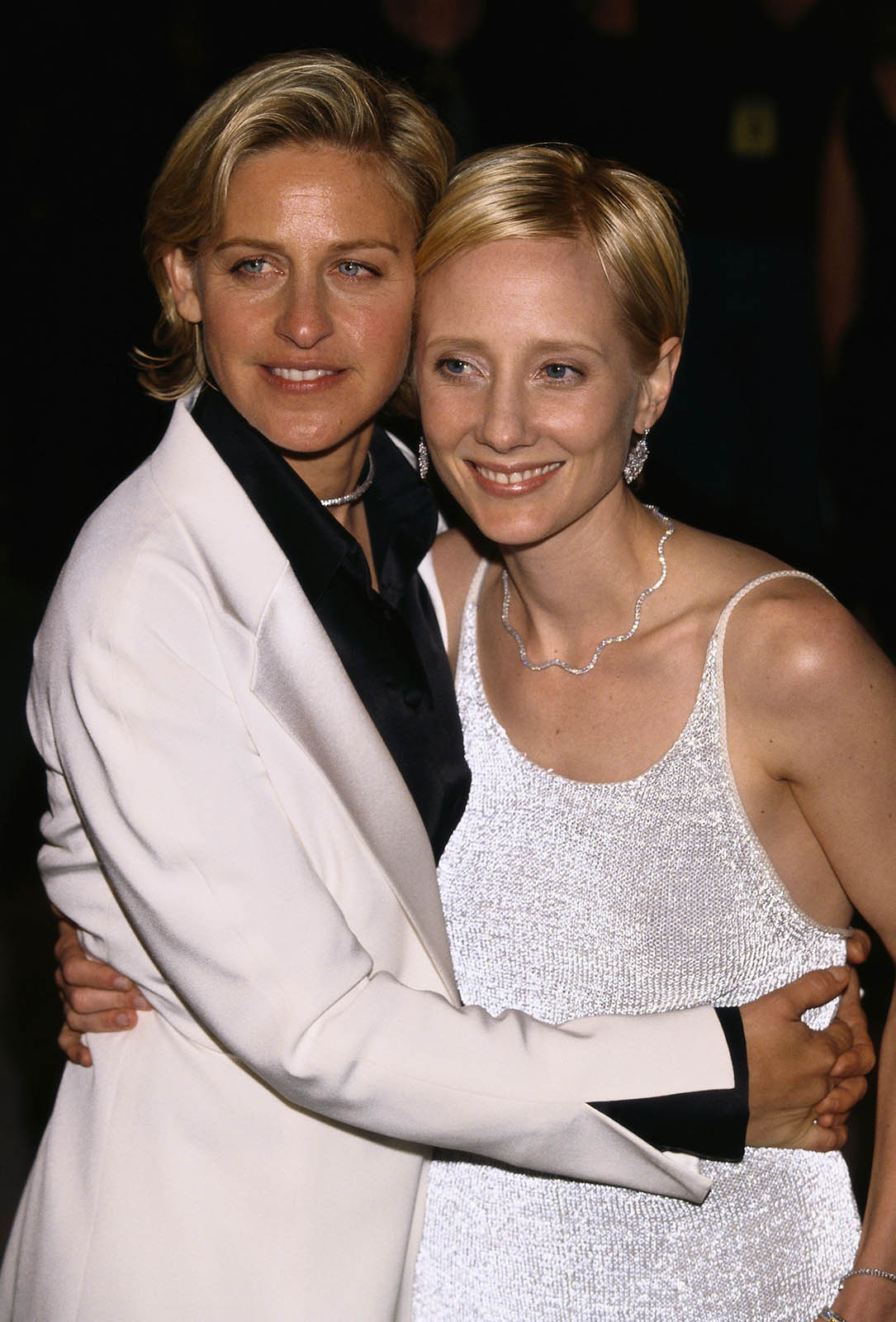 DeGeneres & de Rossi broke down barriers with their intimate wedding just days after California passed a law legalizing same-sex marriage in 2008. They have an unbreakable bond between them bolstered by love, respect, and mutual support.

When the pair met backstage at the VH1 Awards, in 2004, DeGeneres was in a four-year relationship with photographer Alexandra Hedison & de Rossi was dating director Francesca Gregorini. 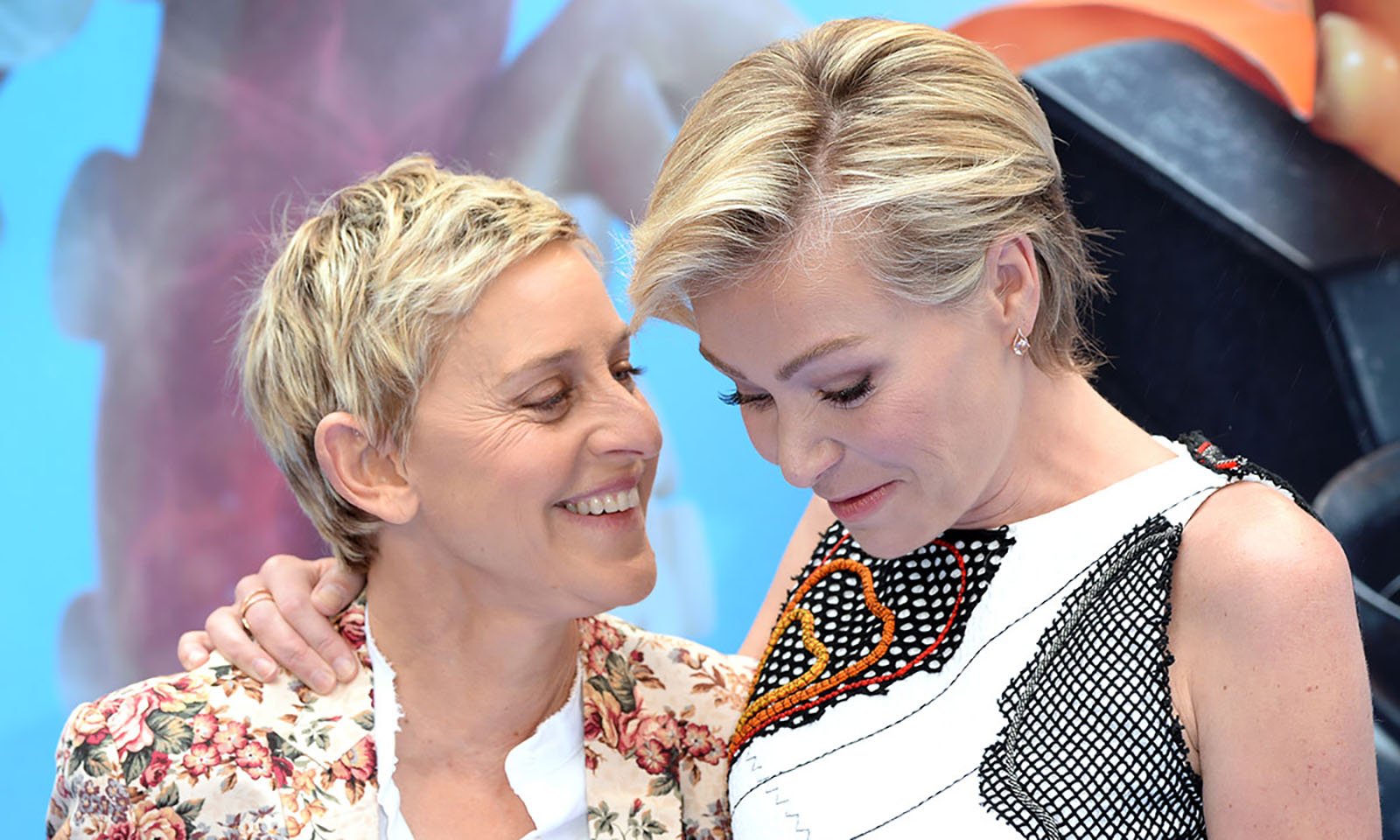 “She had a girlfriend and I had a girlfriend, but it wasn’t like, ‘Oh, we’re going to have an affair,’” DeGeneres told People Magazine. “We were just supposed to be together. It was a tough decision. I was physically getting sick because I was trying not to say anything. So I told Alex and she told Francesca. It was really hard to uproot everything.”

DeGeneres helped de Rossi through her battle with anorexia & bulimia, and the fear of coming out publicly. De Rossi’s blossoming relationship with DeGeneres gave her the courage to be honest about her sexuality, after years of dating women in secret. At twenty–three, de Rossi wed documentary filmmaker Mel Metcalfe but the marriage split after three years and she admitted, “It obviously wasn’t right for me.” 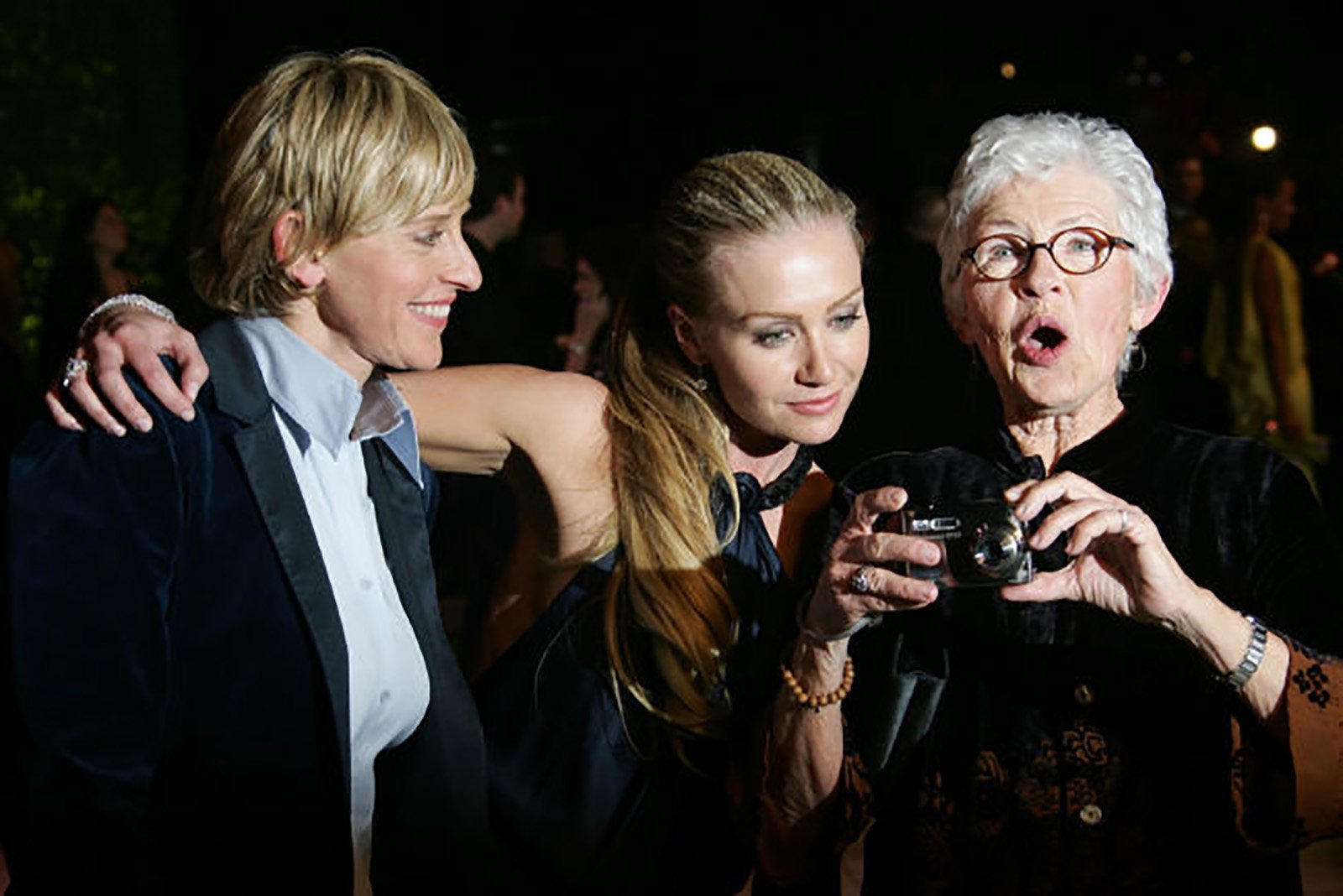 DeGeneres had her own struggles after coming out in an episode of Ellen, which led to the show being cancelled. She and Anne Heche, who she dated for three years from 1997, became one of the only openly gay couples in Hollywood, but Heche later revealed that both got fired over their relationship.

Heche said 20th Century Fox cut all ties with her after she took DeGeneres to the premiere of her movie, Six Days, Seven Nights. Heche said, “We went to the premiere – these are the stories that I know people don’t know — we were tapped on the shoulder, put into her limo in the third act and told that we couldn’t have pictures of us taken at the press junket. Both she and I were fired that week.” 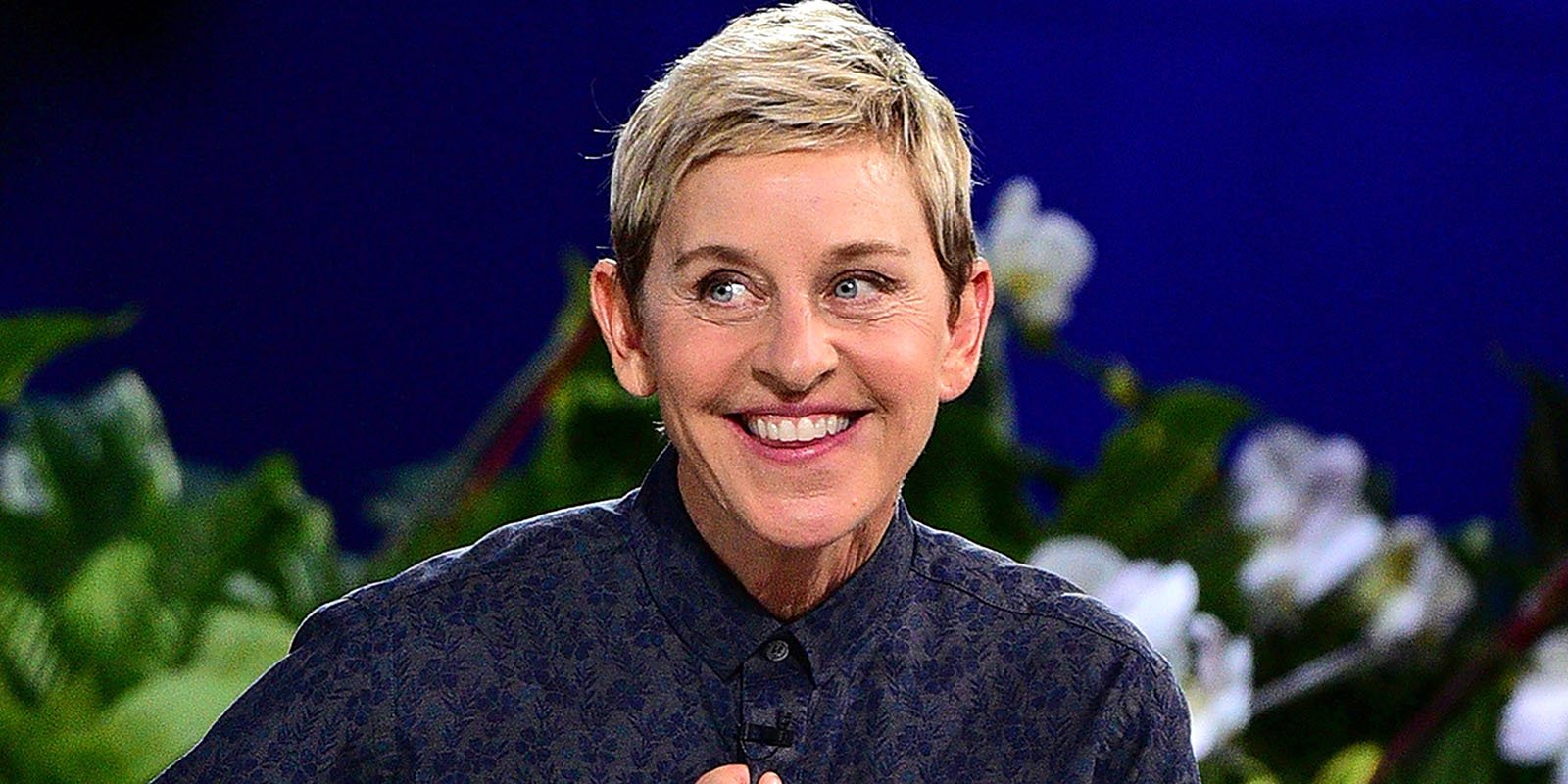 A year after their wedding, DeGeneres revealed she felt blessed to have de Rossi in her life. “Portia & I constantly say to each other, ‘We are so lucky,’” she remarked. “Sometimes it’s lying in bed at night before I go to sleep, and I just say thank you to whatever, whoever is out there.

Portia de Rossi and Ellen DeGeneres’s relationship may be on the rocks. Here’s what Ellen’s ex-girlfriend Anne Heche had to say about the situation.