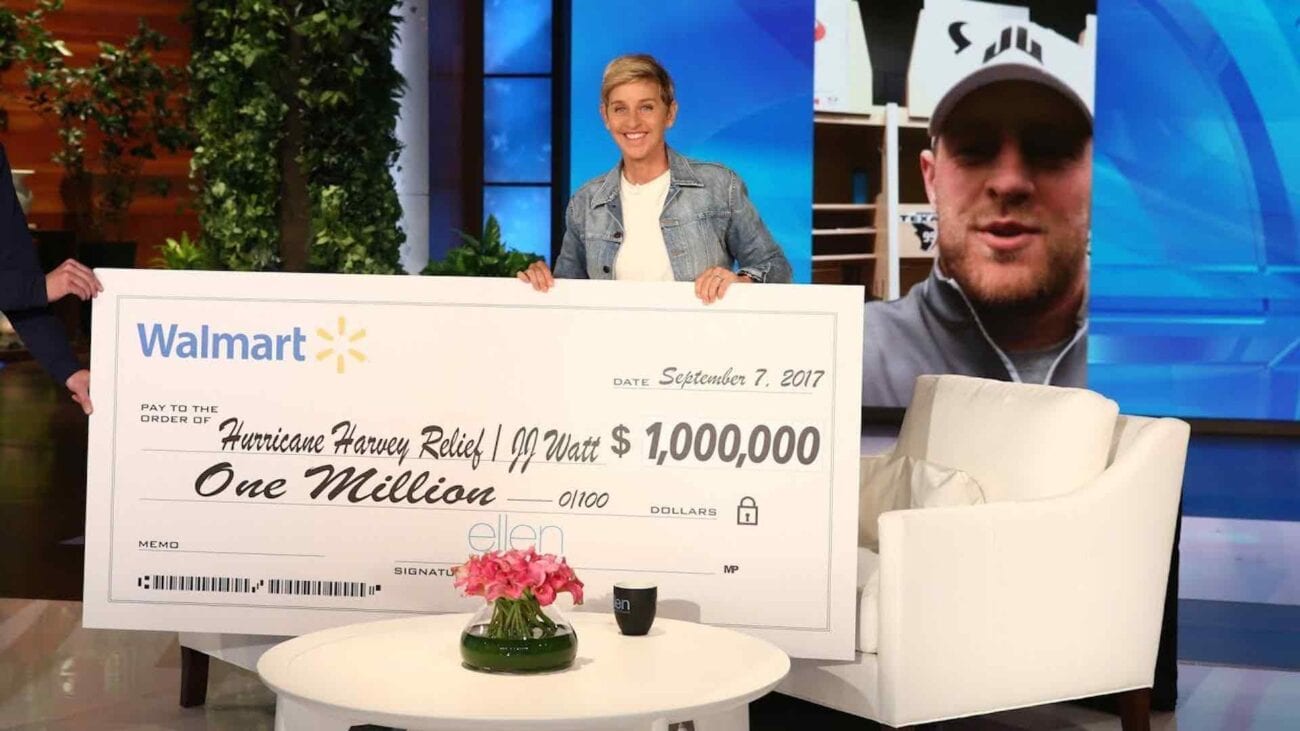 Inspirational moments on ‘The Ellen DeGeneres Show’: All for publicity

Ellen DeGeneres has been called Ellen The Generous for years because she preaches kindness to all, and is known for her massive giveaways on her show. Whether it’s a TV for everyone in the audience or a check to someone in need, DeGeneres has all kinds of inspiring and heartwarming moments on The Ellen DeGeneres Show.

However, with all the rumors DeGeneres is secretly mean floating around some are asking whether all these generous moments on her show were for publicity. The short answer is, yes, of course. Even if DeGeneres hadn’t been outed as secretly mean, and she really was a kind-hearted person looking to help others, the answer would still be yes. 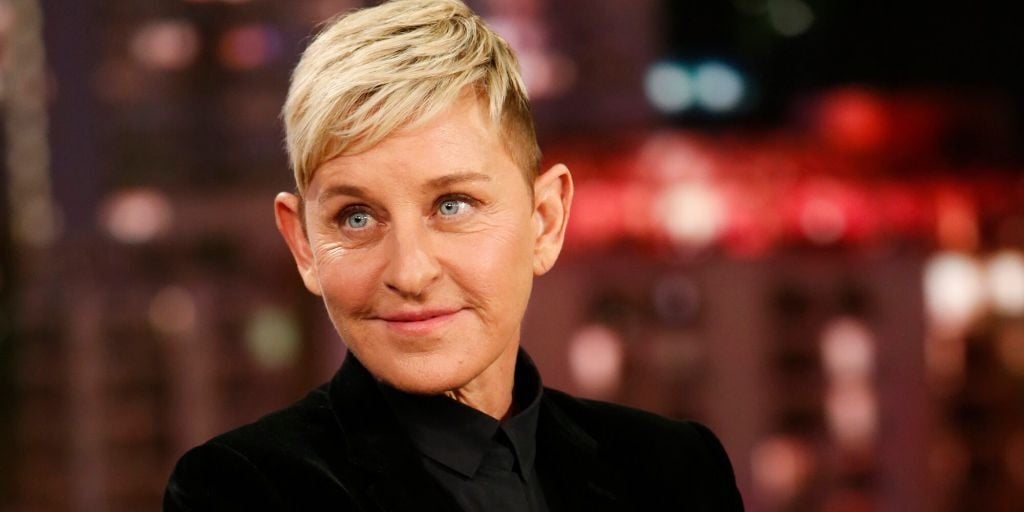 It’s a common tactic in Hollywood. Making large donations to charity a public affair, has always been prevalent, and even more so now that you can tweet a screenshot of having sent money to an organization. Game shows also tap into some hopeful part of the brain which says, “one day that could be me winning $50,000 and a dishwasher”.

DeGeneres combines the two acts into one endorphin inducing extravaganza which gets her YouTube clicks and network views. So, here’s all the heartwarming moments which got fans emotional and DeGeneres publicity. 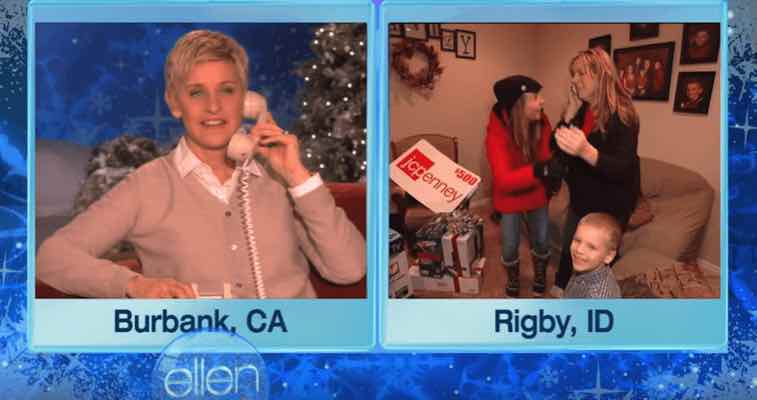 DeGeneres likes to up her gift-giving in December since it’s the holiday season, and all the way back in 2011 she went above and beyond for one family in need. A family who had fallen on hard times wrote a letter to DeGeneres.

Instead of giving the family one gift from her series 12 Days of Giveaways, like she usually would, she gave the family one of every gift from the series. All in all, the total was about $30,000 worth of presents. 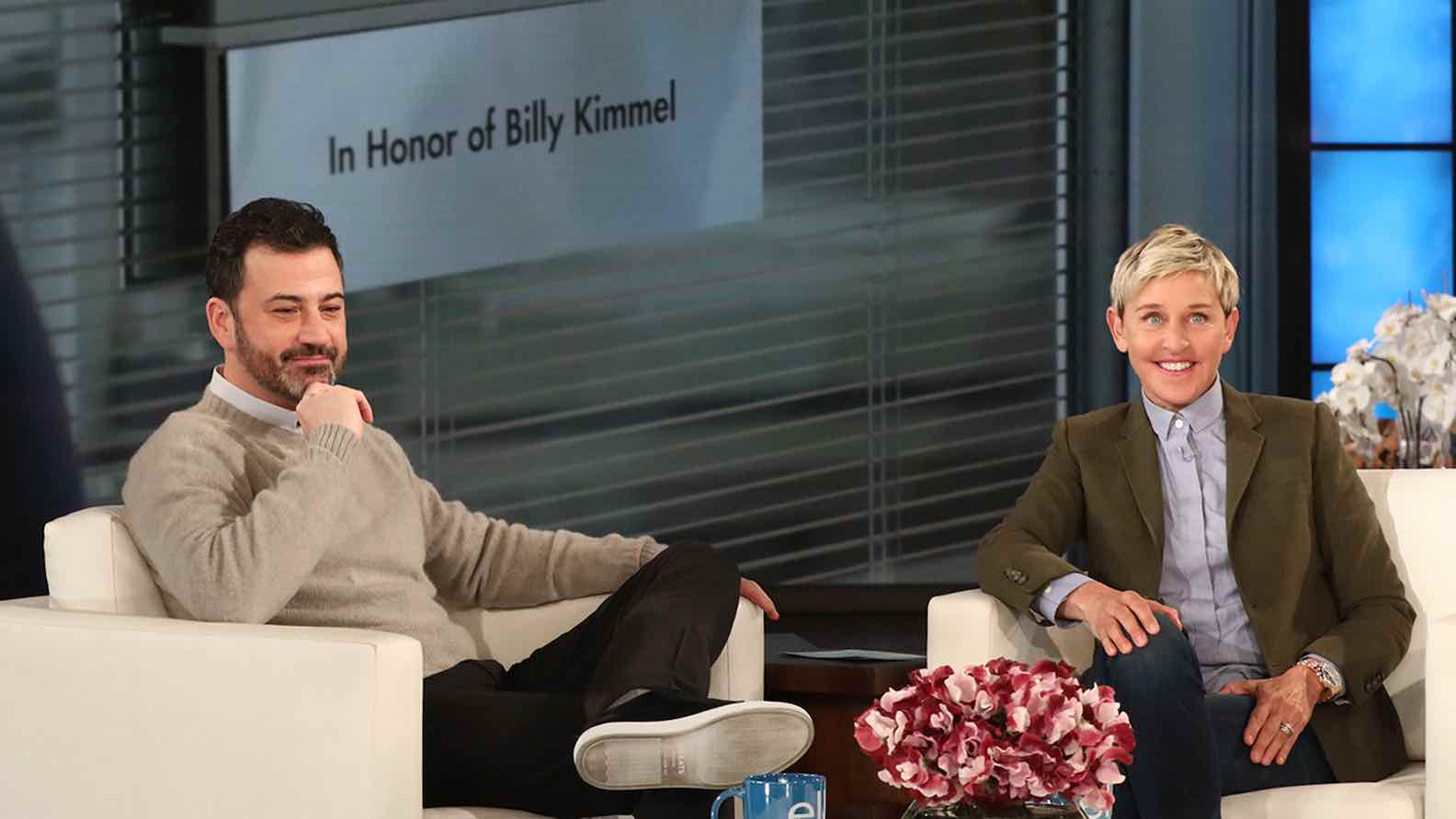 Jimmy Kimmel’s son needed open heart surgery in 2017 and went to the Children’s Hospital in Los Angeles. Afterward, Ellen DeGeneres raised $1 million for the hospital both as a tribute to Kimmel and as a thanks to the hospital.

A year later, in 2018, DeGeneres gifted Kimmel and his son the honor of having a room in the hospital named after him. (This likely also required a hefty donation.) 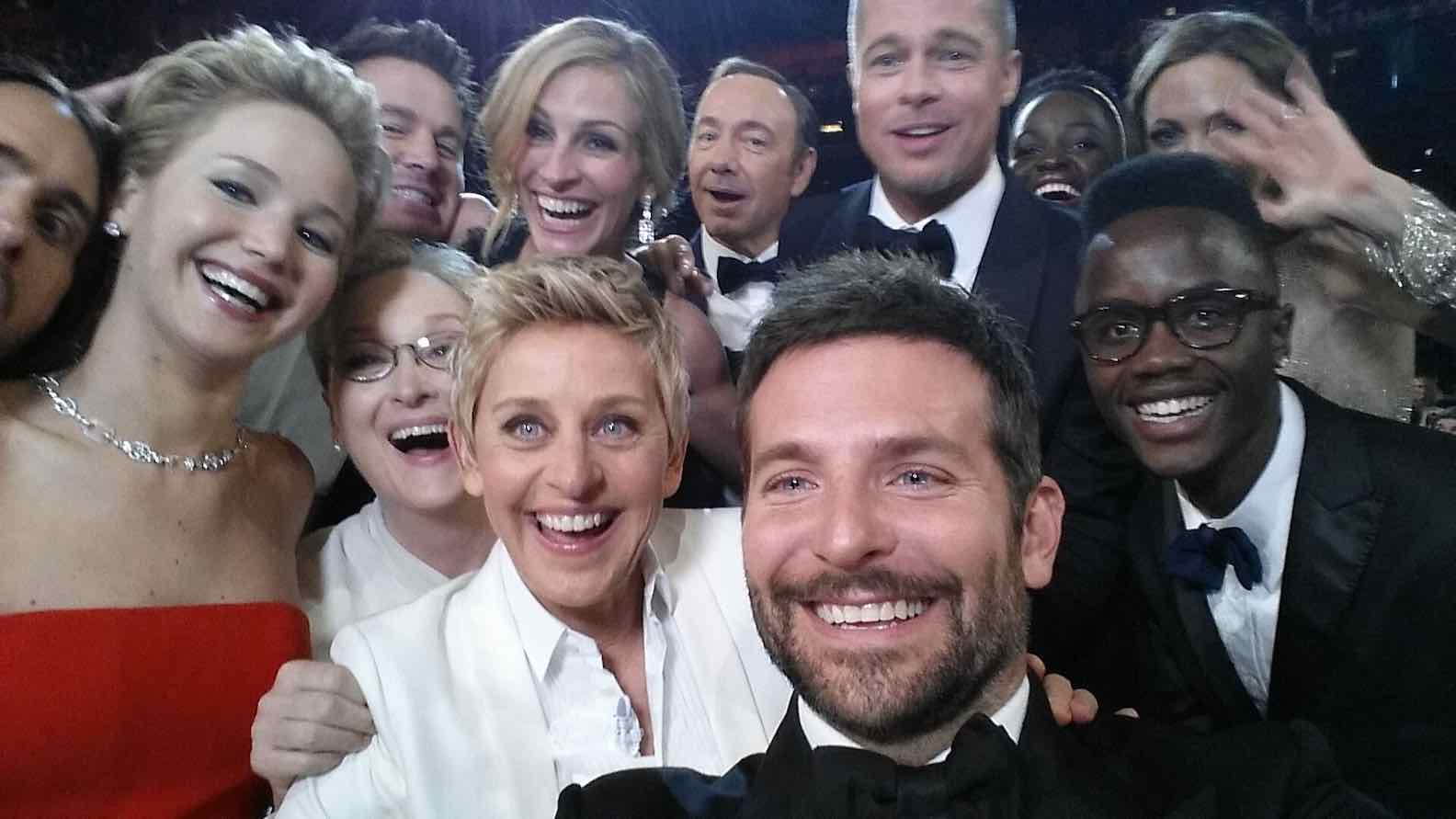 Using the Oscars to donate to animal shelters

This donation didn’t actually occur on The Ellen DeGeneres Show, so odds are this one was more altruistic than some of the others – though we are talking about it, so it was at least a little public.

When DeGeneres hosted the 2014 Oscars she added a voucher to nominee gift bags for a donation of 10,000 meals to any animal shelter or rescue organization of the recipient’s choice. There were 20 nominees who received consolation gift bags which amounts to 200,000 meals for animals in need.

DeGeneres is a known vegan and animal rights activist so this definitely seems like a personal choice for a cause she’s passionate about. 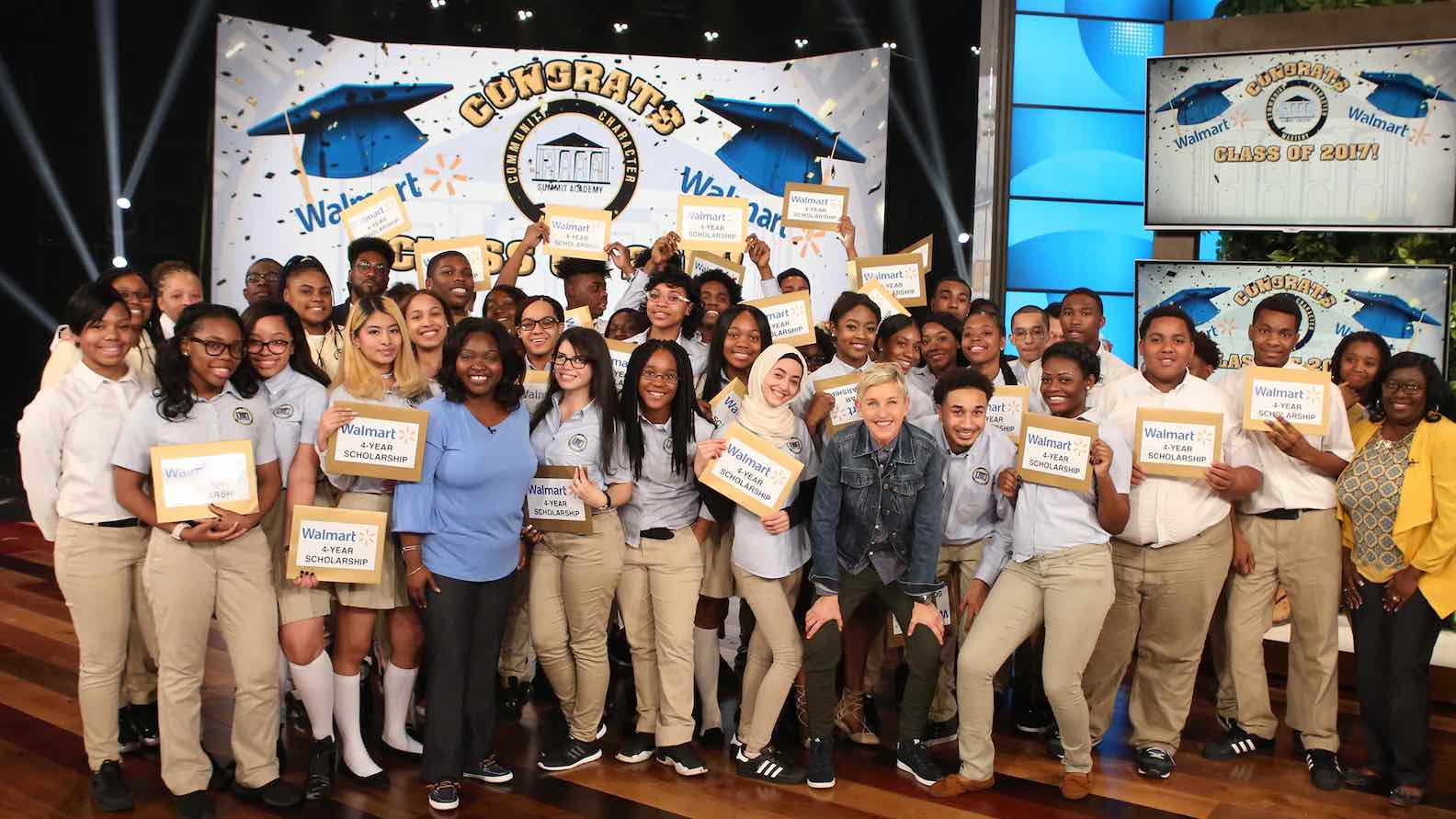 In 2017 Ellen DeGeneres donated $25,000 to the Summit Academy, a charter school in Brooklyn. However, the generosity didn’t end there. She then provided four year scholarships to all 42 seniors graduating from the school that year. Every student was able to pick whatever New York state school they wanted.

Ultimately, this would be approximately $1.6 million worth of scholarships – making this heartwarming moment the most expensive & biggest donation in the history of The Ellen DeGeneres Show. 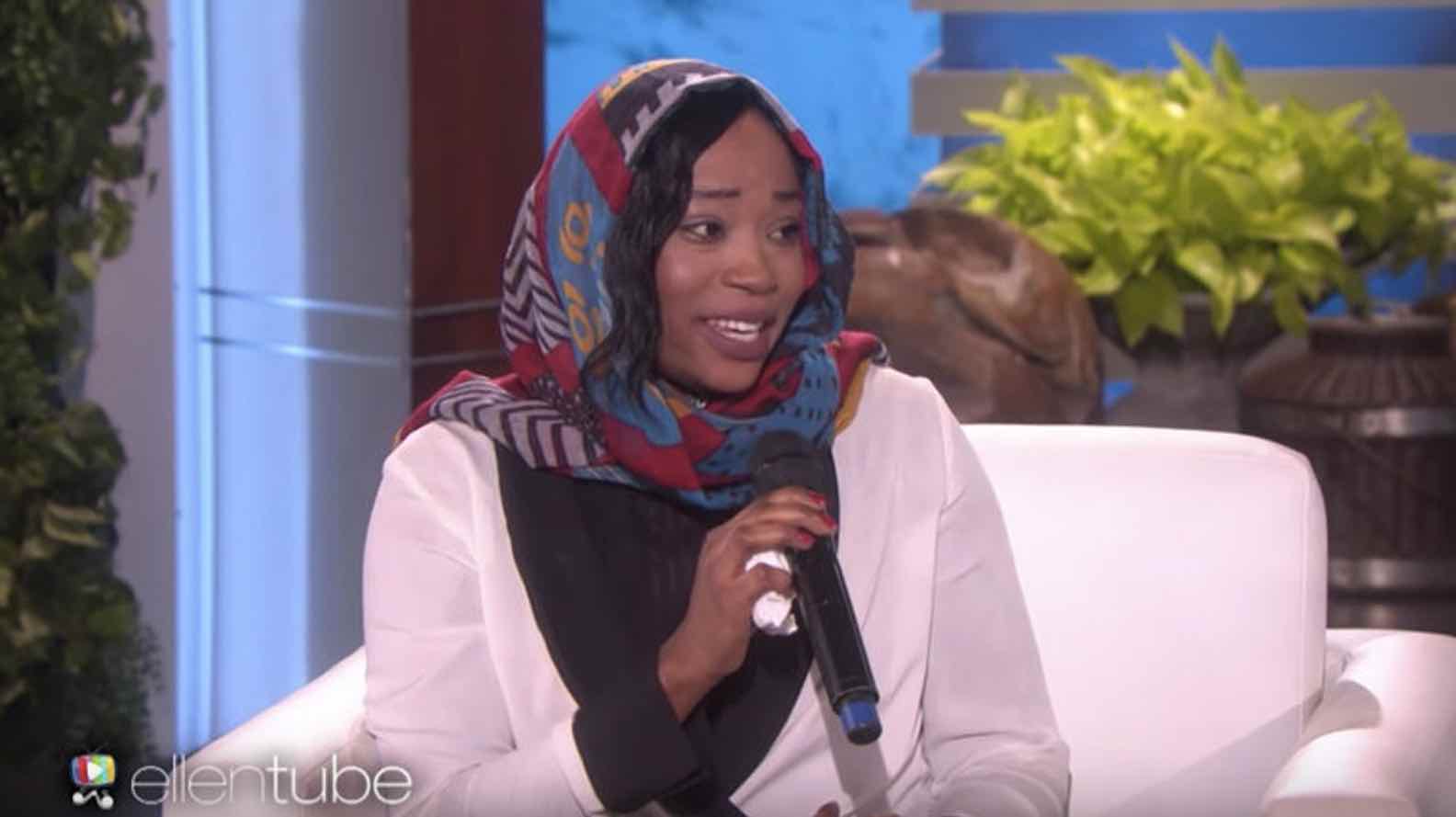 In 2017 DeGeneres received a letter from a woman, Ekhlas Ahmed, who was a refugee from Sudan. The letter said that watching DeGeneres’s show had helped Ahmed to learn English. DeGeneres invited the woman onto the show.

While Ekhlas Ahmed was on the show Ellen DeGeneres mentioned how the teacher was in $20,000 of debt – so DeGeneres gave her a check for $22,000 to cover it all. On top of this, she also put a calendar Ahmed made in her online store, giving all the proceeds to Ahmed.

Whether you like DeGeneres or not, and whether you find the acts genuine or not is irrelevant. Good things have been done which has helped out a lot of people in need on The Ellen DeGeneres Show, even if the acts weren’t altruistic, the net good is far greater.