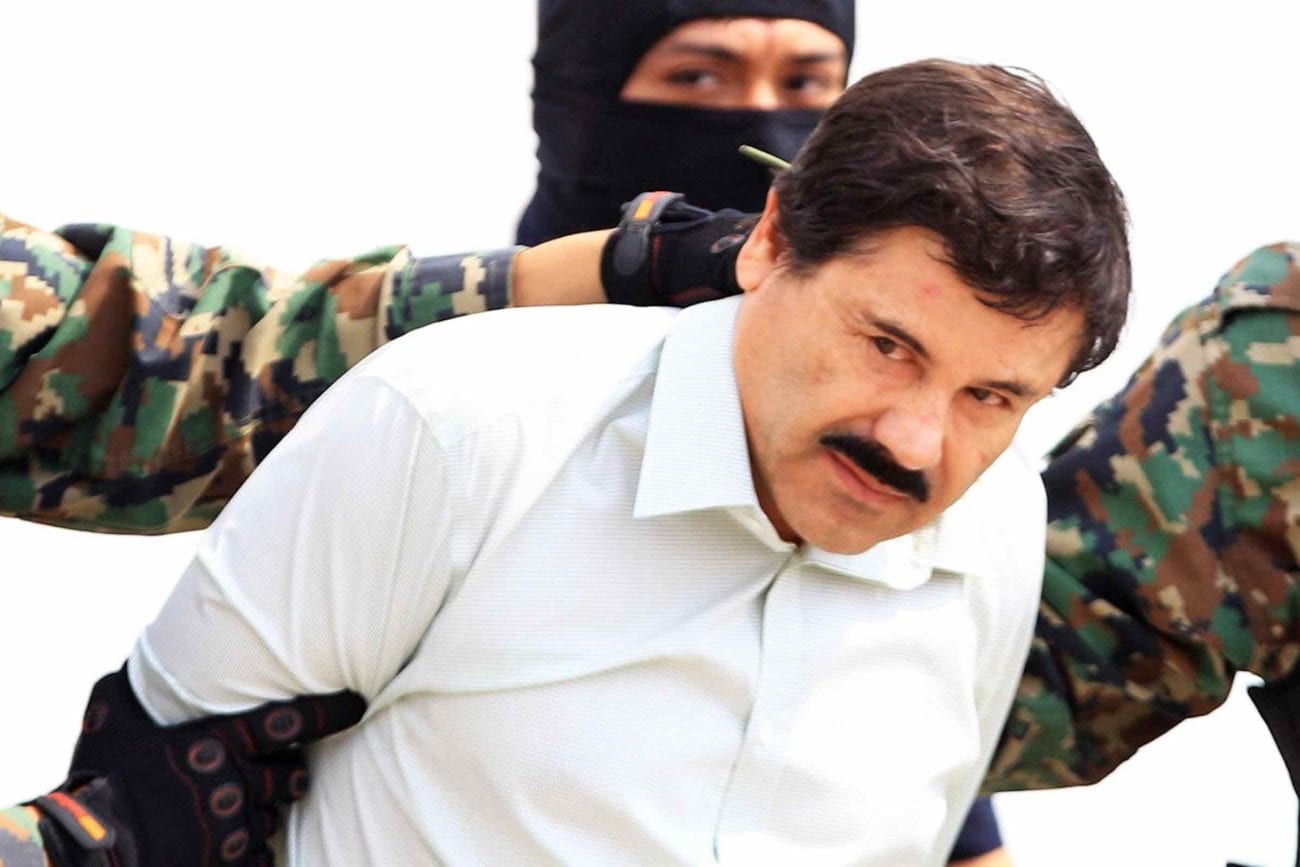 El Chapo: His son, his wife, and the strange tale of his capture

With the age of the 24/7 news cycle well and truly holding us in its unforgiving grasp, there are just some names that have become inescapable in recent years. Even if you’ve paid the barest attention to the news, you’ve probably heard of El Chapo. His real name is Joaquín Guzmán Loera. He was one of the biggest Mexican drug lords ever along with being the leader of the Sinaloa. Cartel.

The story, however, that you’re going to hear about today is about the capture of El Chapo. Why? Well, it’s one of the strangest that you’ll probably hear in a while. There are multiple escape attempts, manhunts, and captures that took place over the course of 15 years. Here’s that story.

What did El Chapo do?

During his career, Guzmán smuggled multi-tons of drugs such as cocaine, meth, marijuana, and heroin. At the time of his first arrest, the Sinaloa cartel was one of the wealthiest cartels in the world. Guzmán was considered to be on the same level as Pablo Escobar. This trade made Guzmán a billionaire and one of the richest men in the world.

Basically, Guzmán made drug trafficking into a shipping empire. In order to hide the drug smuggling, the Sinaloa Cartel, under his leadership, hid their trade under the legitimacy of a shipping and transport business.

He’s also been involved with murder and kidnapping plots as well that have been carried out by the cartel over the years. This is, obviously, a very brief outline and overview of his crimes, but if we went into detail, then this would turn into a book. 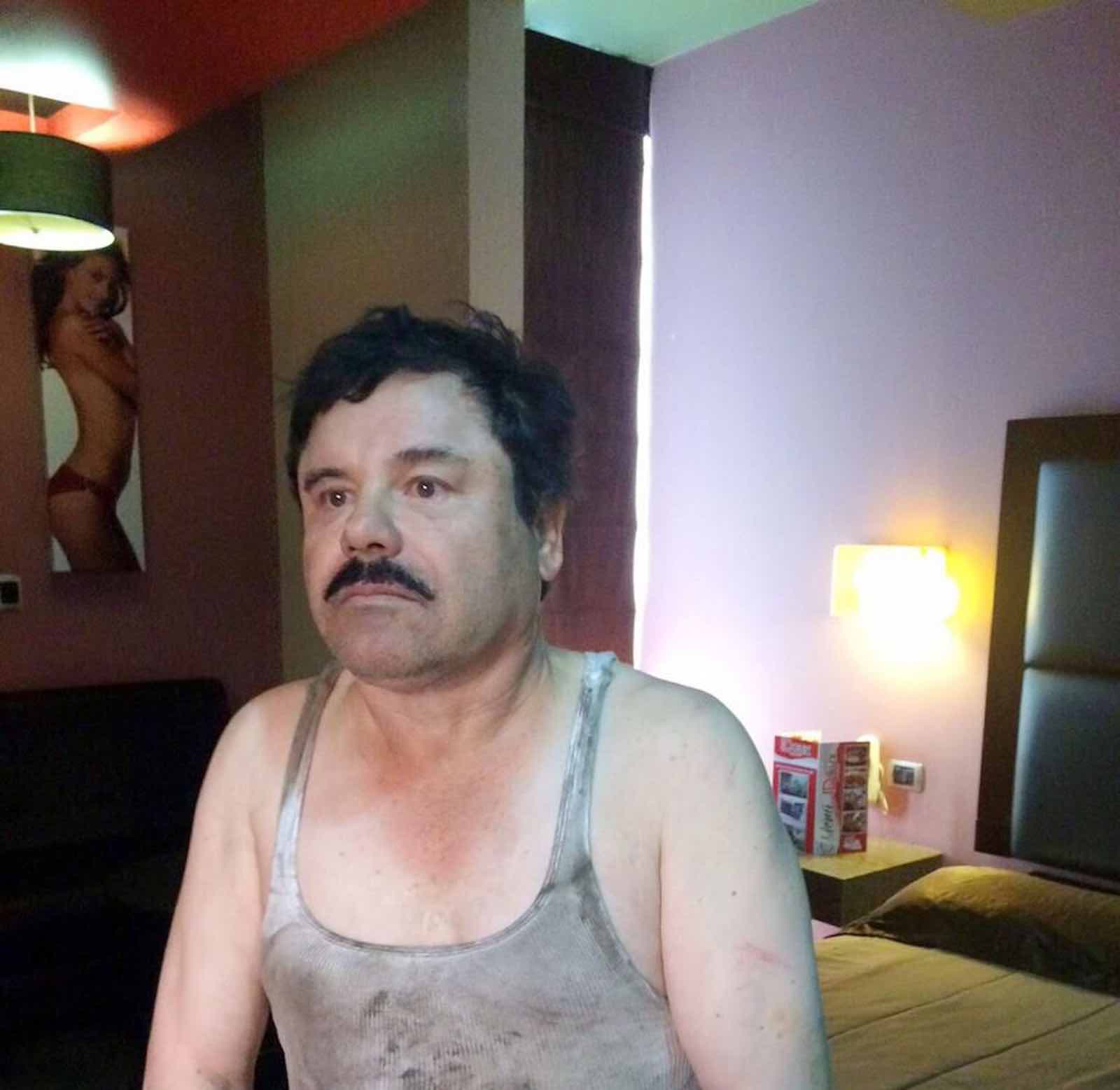 In 1993, Guzmán was sentenced to 20 years in a maximum security prison for drug trafficking, criminal association, and bribery in Mexico. There he stayed and ran the business, essentially, behind bars. While Arturo, his brother, took over the running of the Sinaloa Cartel, the prison guards were bribed and Guzmán kept up his lifestyle while serving his sentence.

There he stayed for about eight years. In 2001, Guzmán escaped from prison for the first time. Why did he escape? Well, Guzmán was going to be extradited to the US in order to stand trial for money laundering. At the time, there were new laws to make extradition easier between Mexico and the US.

Guzmán, who had the guards in his pocket and influence within the walls of the prison, masterminded his escape, getting 78 people to help him. All in all, it was pretty simple but elegant. Guzmán was rolled out of his cell and out of the prison in a laundry cart and rode out in the trunk of a car belonging to maintenance worker Javier Camberos (who was sent to prison for his part in the escape). 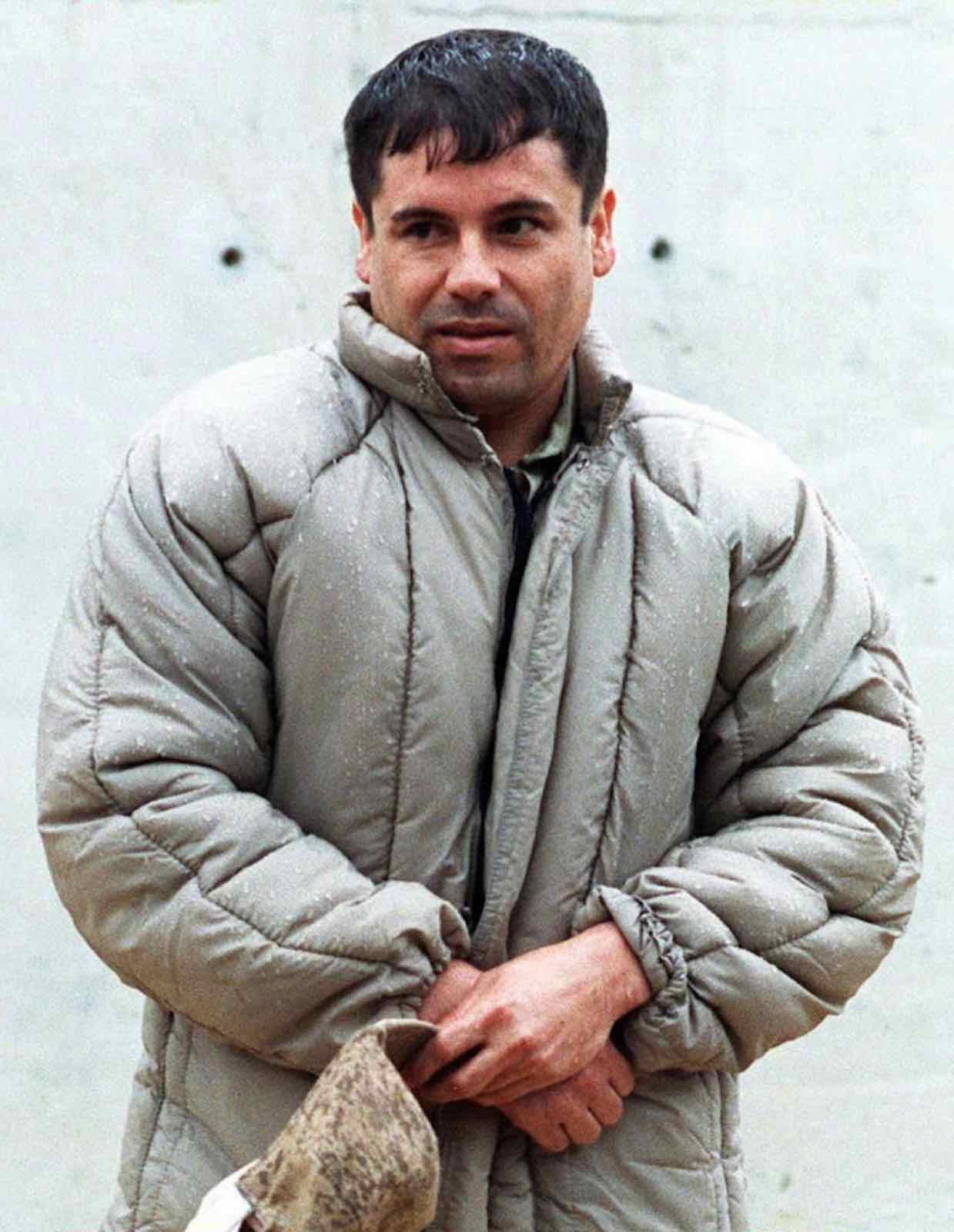 Now, technically, a manhunt for Guzmán went on from 2001 to 2014. During this time, however, violence erupted between the cartels in Mexico, igniting the Mexican Drug War. The frontlines were the city of Ciudad Juárez, whose crossing points Guzmán wanted control of. So did the other cartels though.

In 2006, Guzmán broke a nonaggression pact between the cartels, which erupted into a full scale war. Drug-war related homicides in Juárez climbed and nothing seemed to stem the flow of violence and bloodshed. People believed that the Mexican President Felipe Calderón was somehow in the pocket of Guzmán, though he denied it. 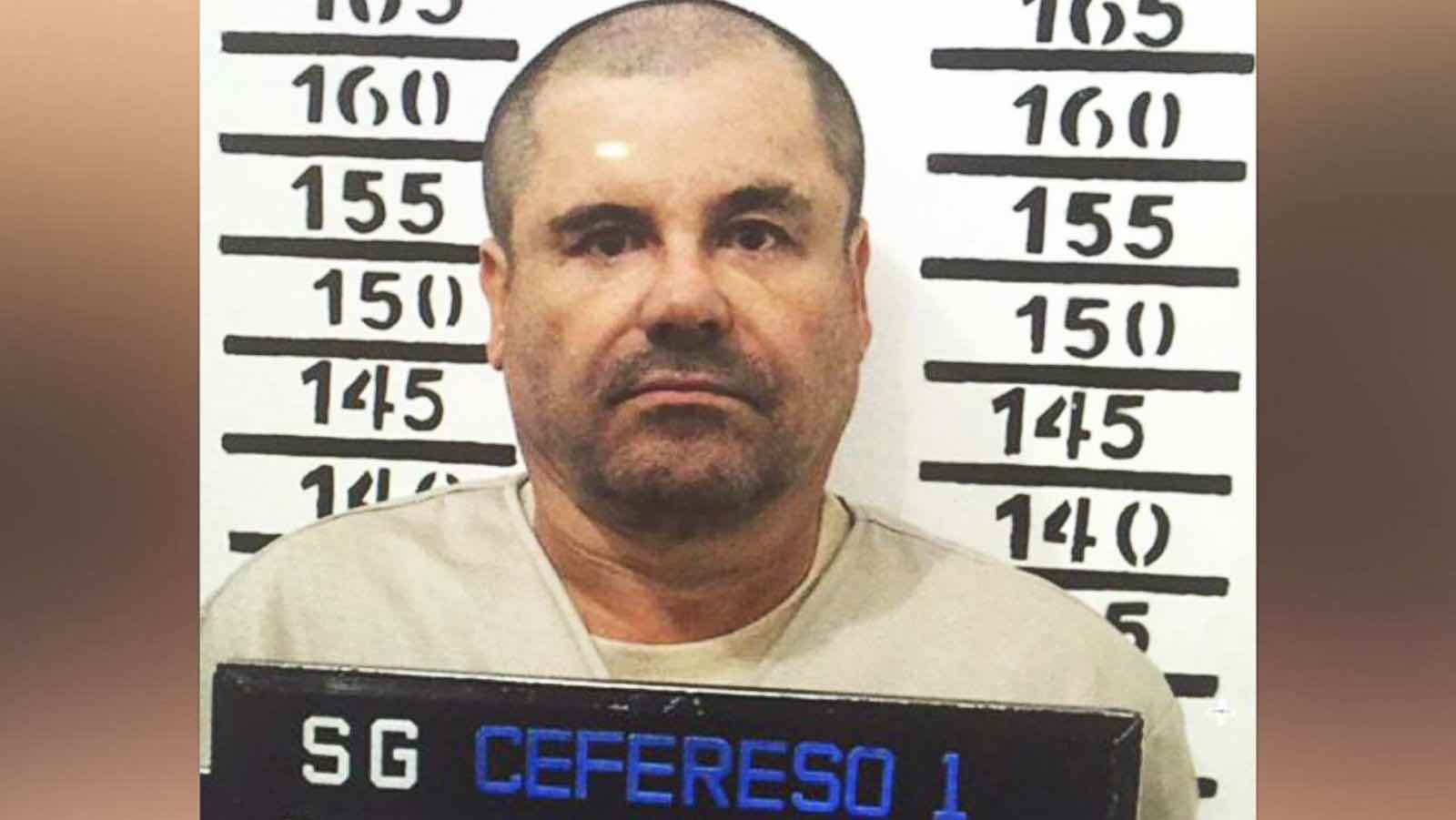 Guzmán would use any tactic that he could to take out his rivals, including calling the police and government agencies on them. It’s believed that this was part of a deal he struck with  Calderón and the DEA (Drug Enforcement Agency) so that the President could look like he was doing something and Guzmán avoided prosecution in the US.

The bloodshed continued. Arrests were made. People were killed, including one of  Guzmán’s children, his son Edgar. 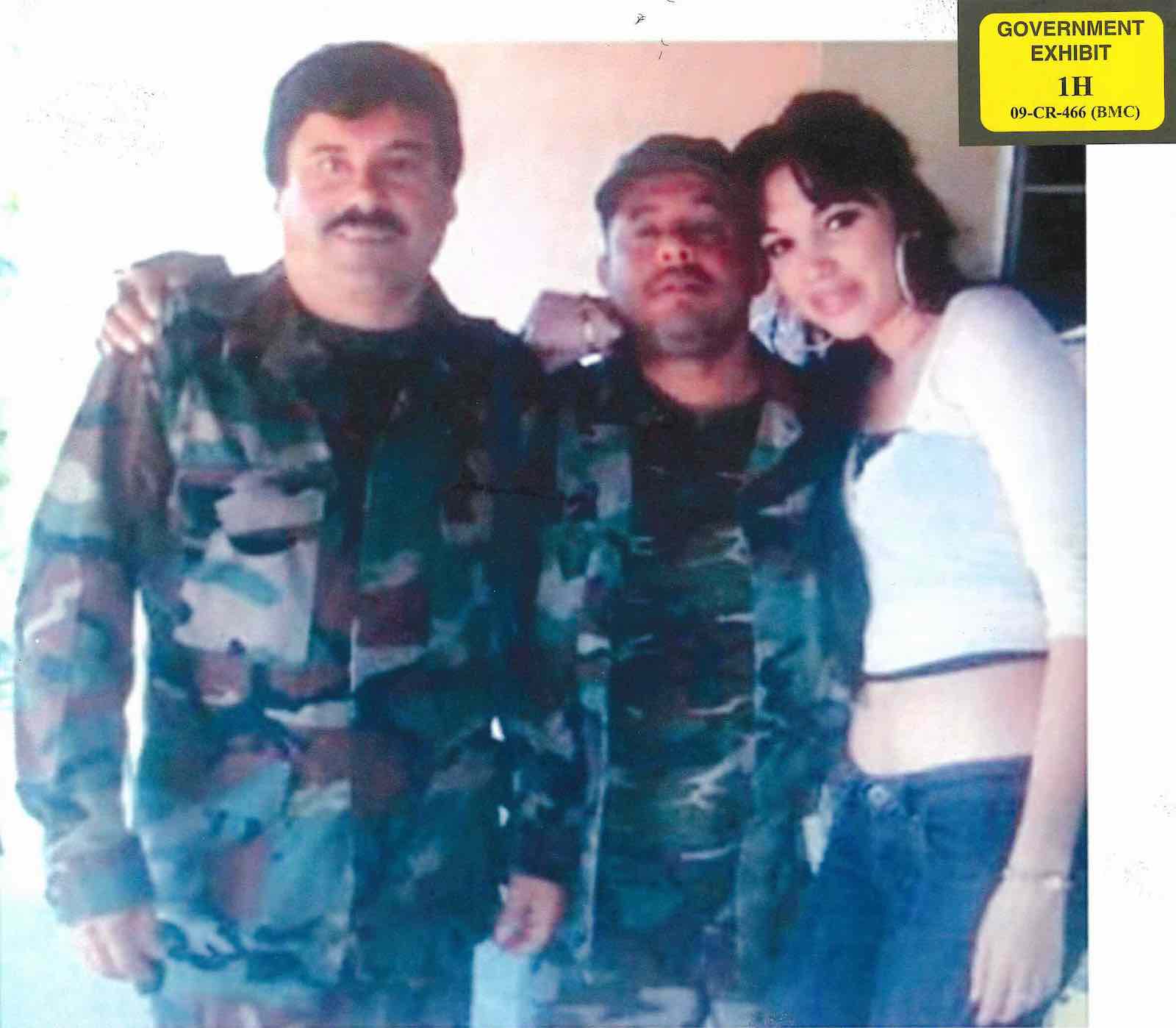 During all of this, there was a manhunt going on for Guzmán. Basically, the secret to Guzmán’s longevity was simple. He allegedly bribed the authorities on the federal, local, and state level. Plus Guzmán was a smart guy. You had to be as big as he was in the Sinaloa cartel and still be living. Honestly, he was something of a folk hero and his elusiveness only added to the myth of El Chapo.

For most of his time following his escape Guzmán was believed to be in the area known as the “Golden Triangle”, which is comprised of parts of Sinaloa, Durango, and Chihuahua in the Sierra Madre region. He had a circle of at least 300 informants and gunmen making up his detail and would move from place to place within the region. 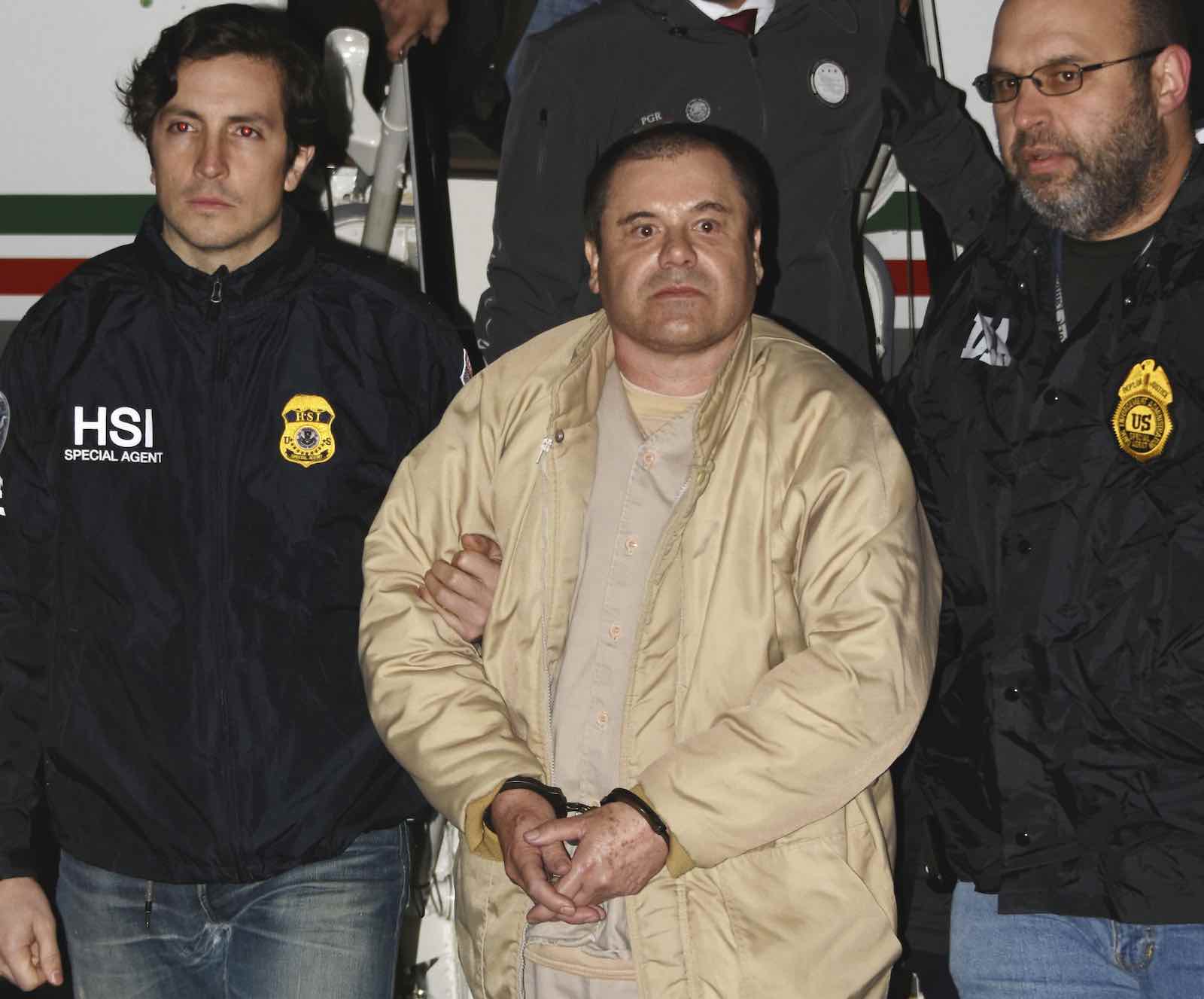 And it worked for a long time.

Then some of Guzmán’s security team were arrested and told the military that he had gotten a little lax. Guzmán would head into beach towns such as Mazatlán. That was where he was arrested on Feb. 22, 2014. 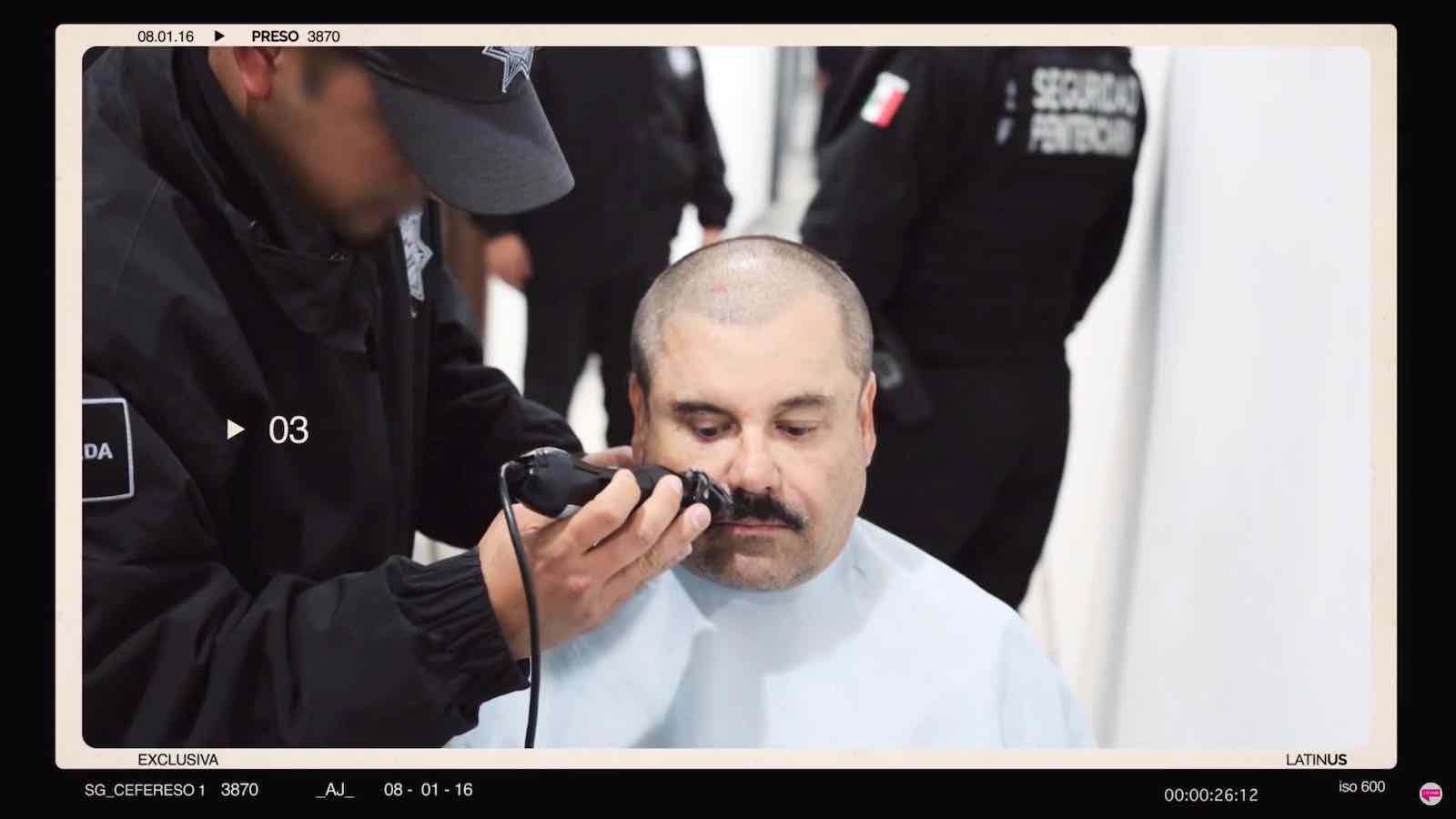 Guzmán spent a lot of time in 2014 to make sure that he was not extradited to the US. He filed injunctions, staged hunger strikes, and appealed to his Constitutional rights. Meanwhile,  Guzmán was facing, well, so many charges. According to Jesús Murillo Karam, who was the Attorney General of Mexico during this time, Guzmán was looking at several hundred years in a Mexican prison.

In 2015, Guzmán made his second escape. For this, he escaped through a sophisticated tunnel that was built underneath his cell and had a motorcycle waiting for him once he made it to freedom, riding away.

The second manhunt for Guzmán didn’t take as long as the first, but it did take about a year. The Mexican government wanted to capture Guzmán badly, not wasting anything to get the man. 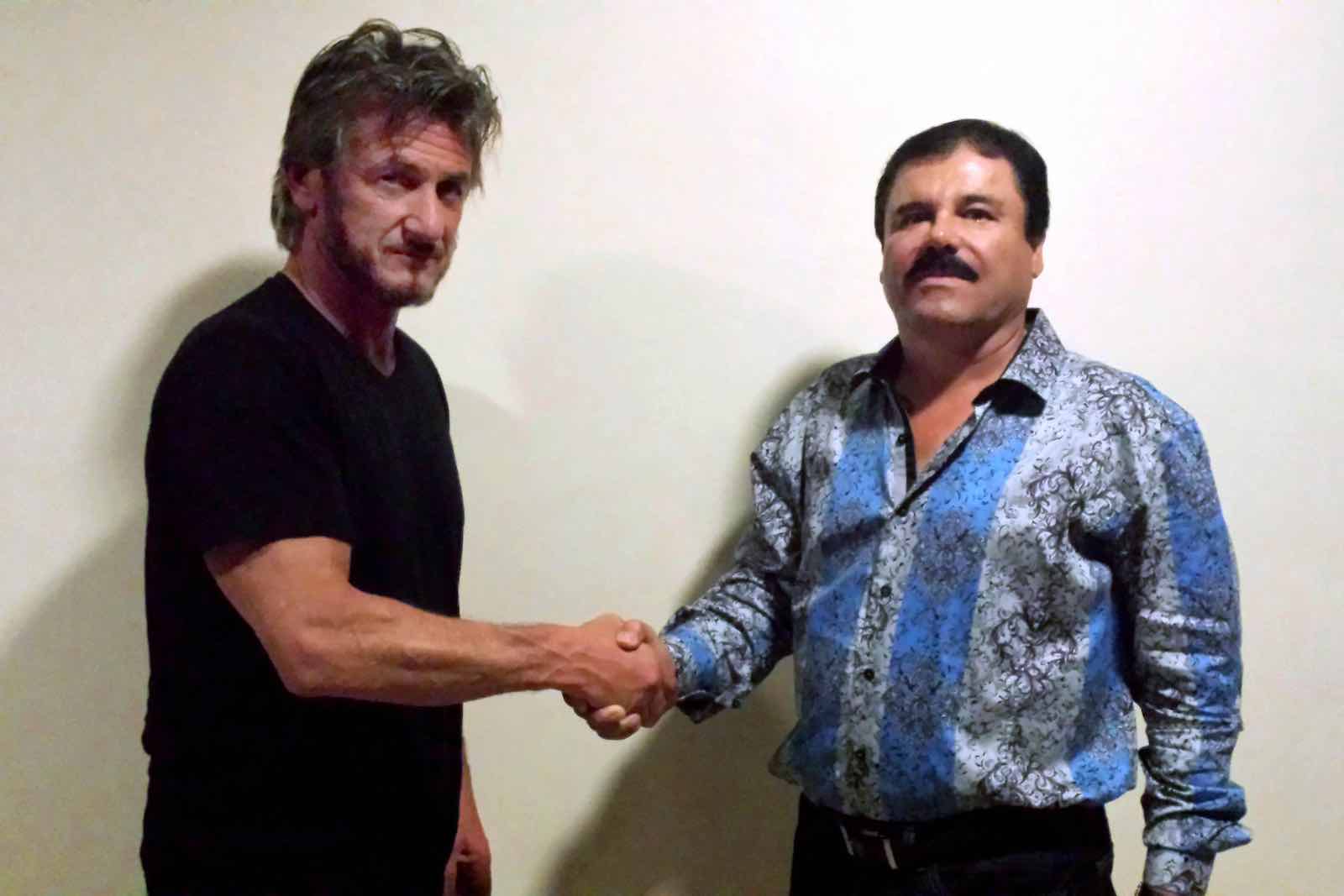 This when the story starts to get a little. . . stranger.

We’re talking about how, while on the run, Guzmán did an interview with Sean Penn for The Rolling Stone. Seriously, you can’t make this stuff up.

Basically, Guzmán was in contact with Mexican actress Kate del Castillo, who penned an open letter to Guzmán encouraging him to change his ways or traffic in love, not drugs. Guzmán reached out to del Castillo in hopes to make a movie about his life. Penn, who has a mutual acquaintance with del Castillo, reached out asking if he can do an interview with Guzmán. 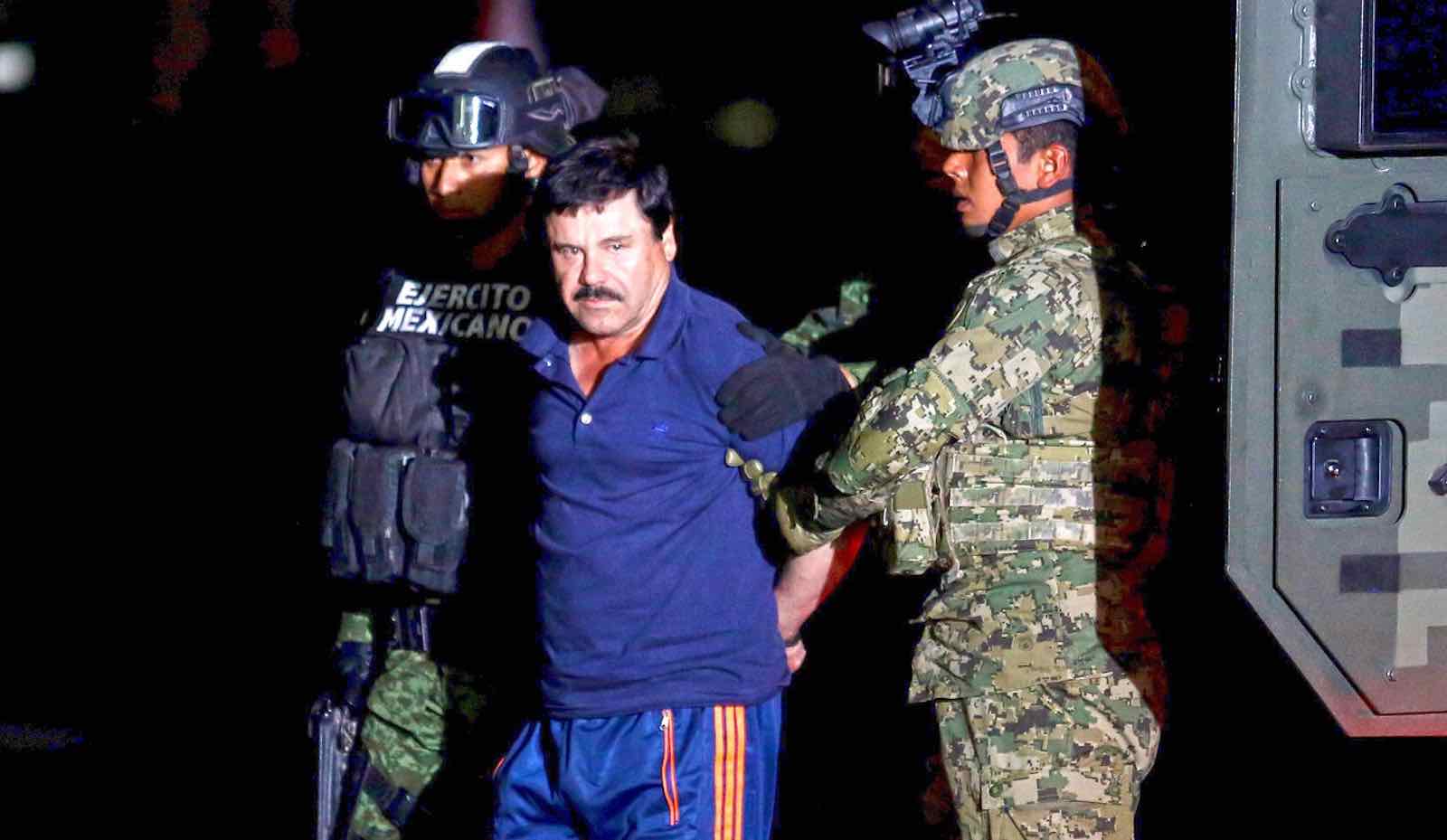 Now, due to this visit and interview, the authorities almost caught Guzmán, but he escaped, using a shield of two women personal chefs and carrying a child in his arms to deter being fired on. 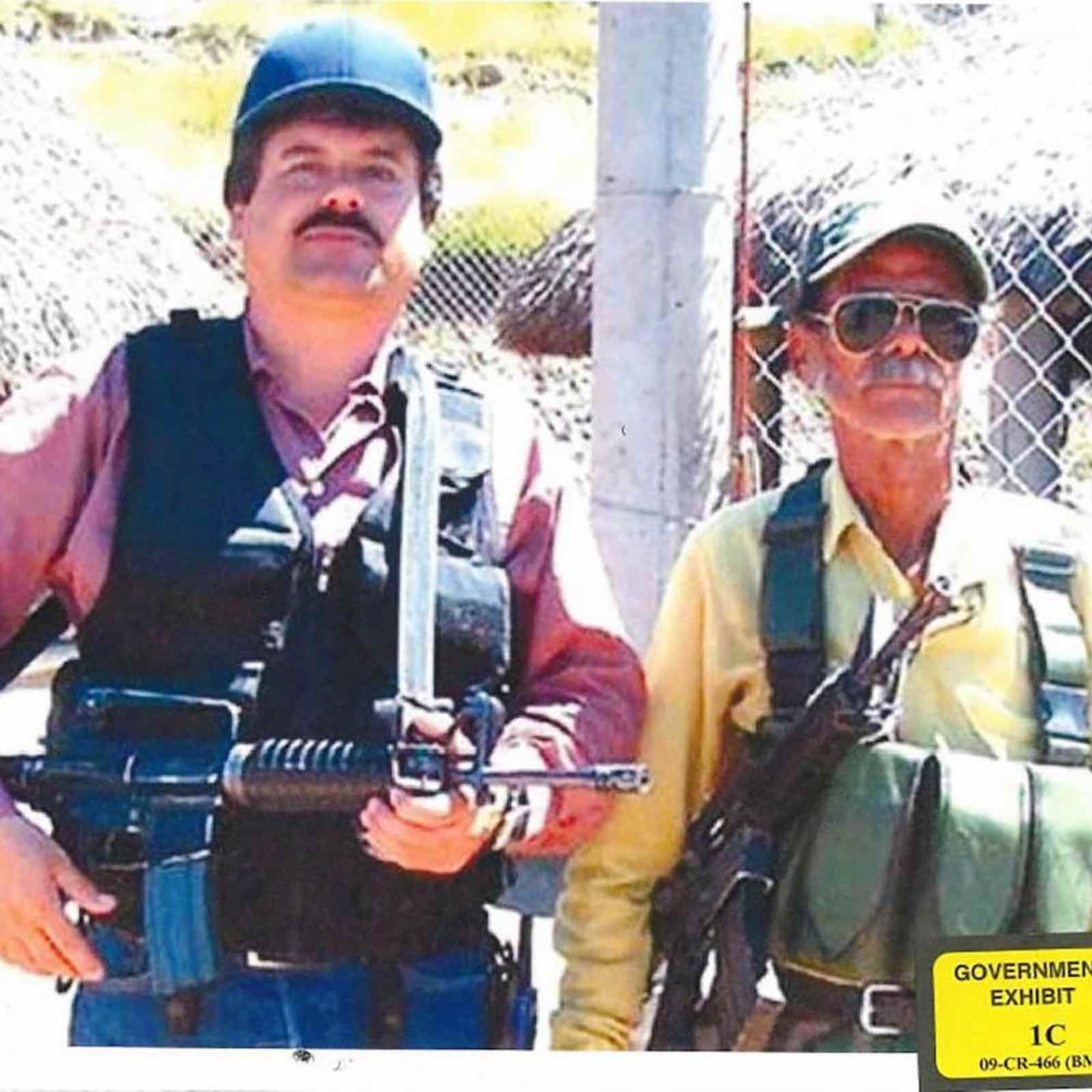 Guzmán was unable to bribe those who captured him and threatened them with their deaths. Apparently, there was a squad of 40 assassins who were on their way to free Guzmán. So a hand-off was quickly arranged and Guzmán handed over to the marines for his final arrest. 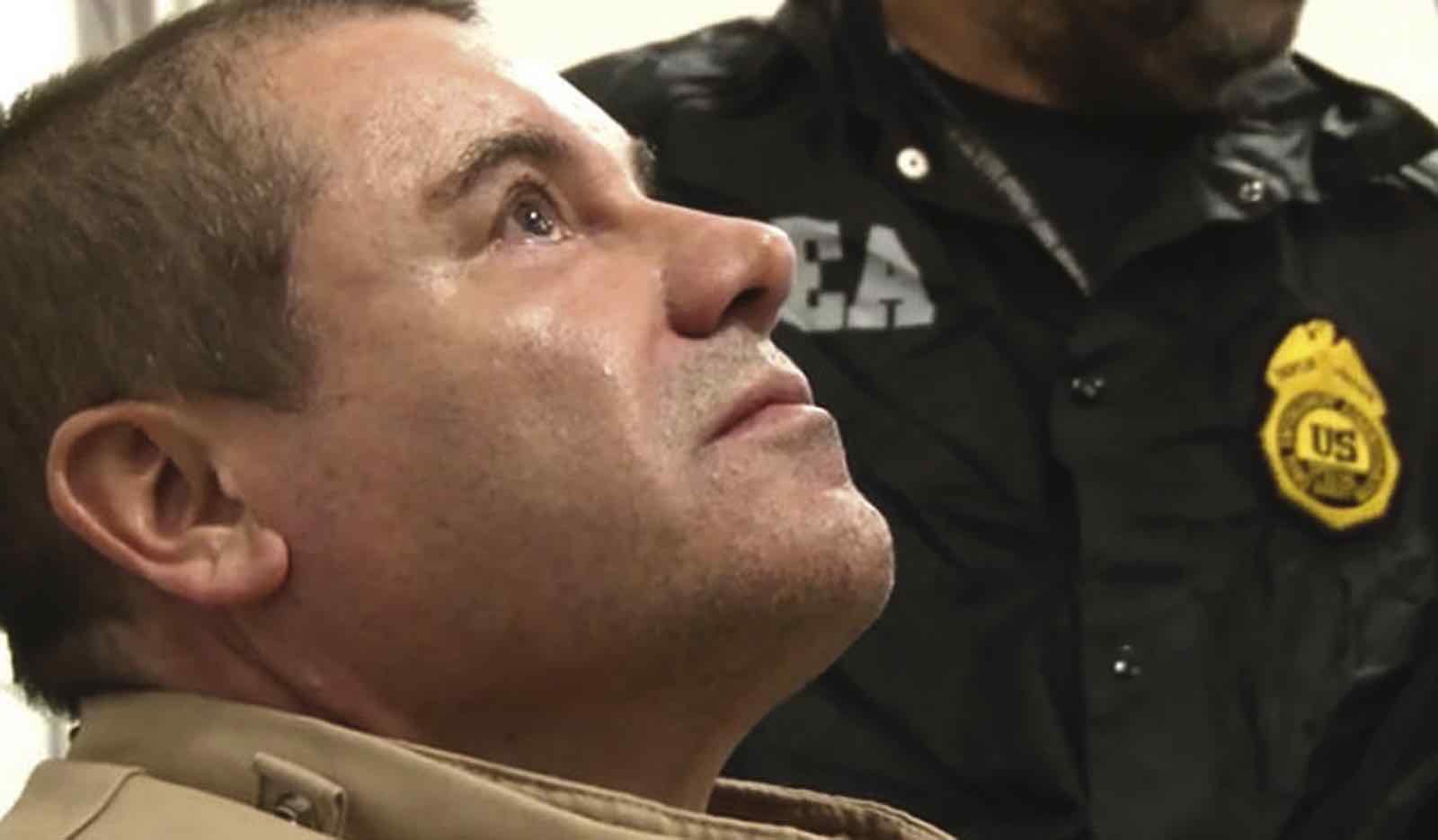 Guzmán was extradited to the United States, despite appeals, injunctions, and even the assassination of a federal judge in Mexico. Six states wanted Guzmán in addition to the federal courts so there was the question of where to send him. The only guarantee that the US gave Mexico was that they would not seek the death penalty for Guzmán.

In 2017, he was sent to the US and pled “not guilty” at the United States District Court in New York. For the trial, jurors were given anonymity and an armed escort even with Guzmán isolated and sequestered. In Feb. 2019, Guzmán was found guilty of the 17 count indictment by the jury. He was sentenced to life in prison plus 30 years and was required to forfeit $12.6 billion USD.

He is currently serving his sentence at the US’s most secure supermax prison, ADX Florence.