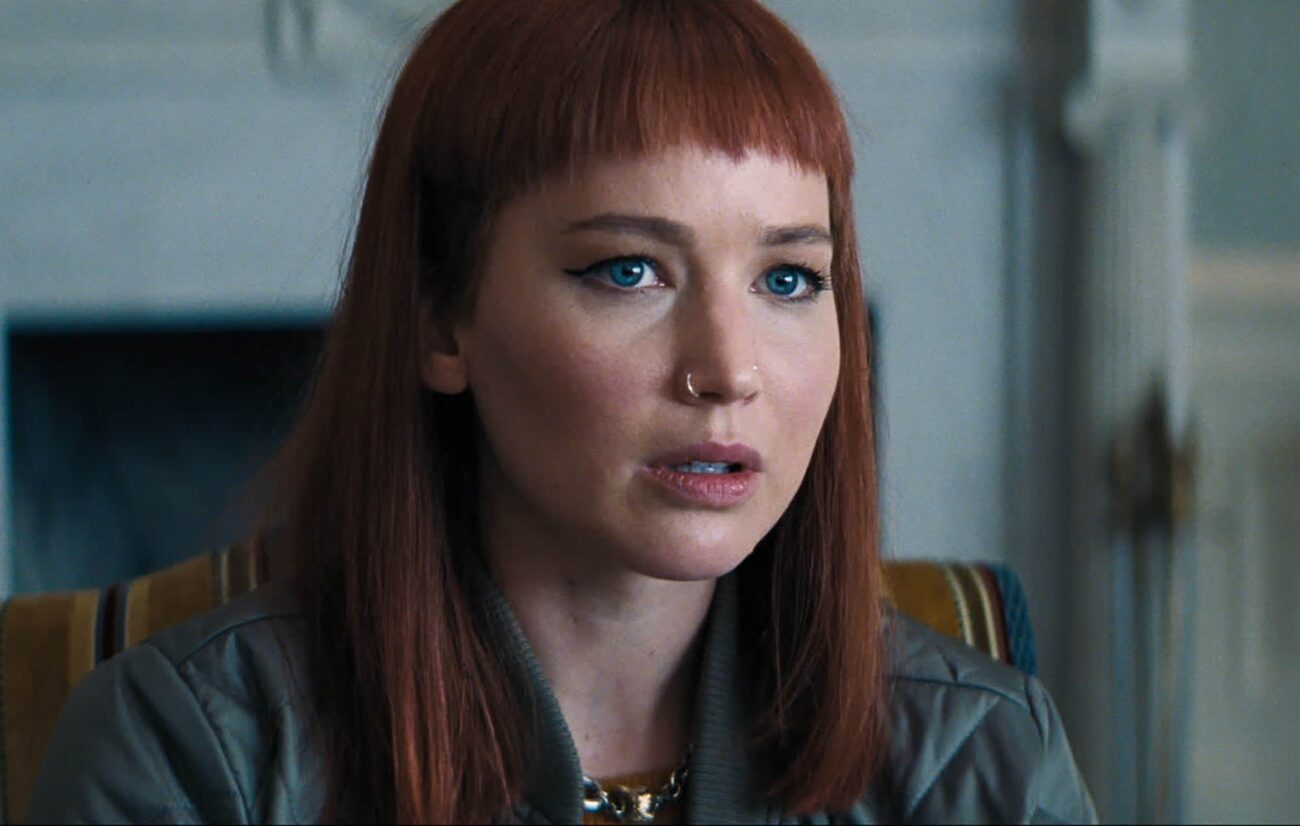 Despite boasting an A-list cast fronted by Hollywood superstars Jennifer Lawrence & Leonardo DiCaprio, the reaction to Don’t Look Up hasn’t been positive. The final installment of director Adam McKay’s “political trilogy” dropped on Netflix on Christmas eve. Before then, it was given a limited theatrical release on December 10th.

While McKay’s two previous films The Big Short & Vice are somewhat highly regarded as artful satire, critics are bumping on Don’t Look Up. Ostensibly, the Netflix original film is a metaphor for climate change, where a comet is used as the doomsday mechanism. Such a premise could be made into a compelling piece of art.

However, some have said that the tone of Don’t Look Up is a bit heavy-handed. The plot centers on astronomers Randall Mindy (DiCaprio) & Kate Dibiasky (Lawrence), who discover the “planet killer.” However, no one but themselves seem to be concerned about the imminent doom of Earth. 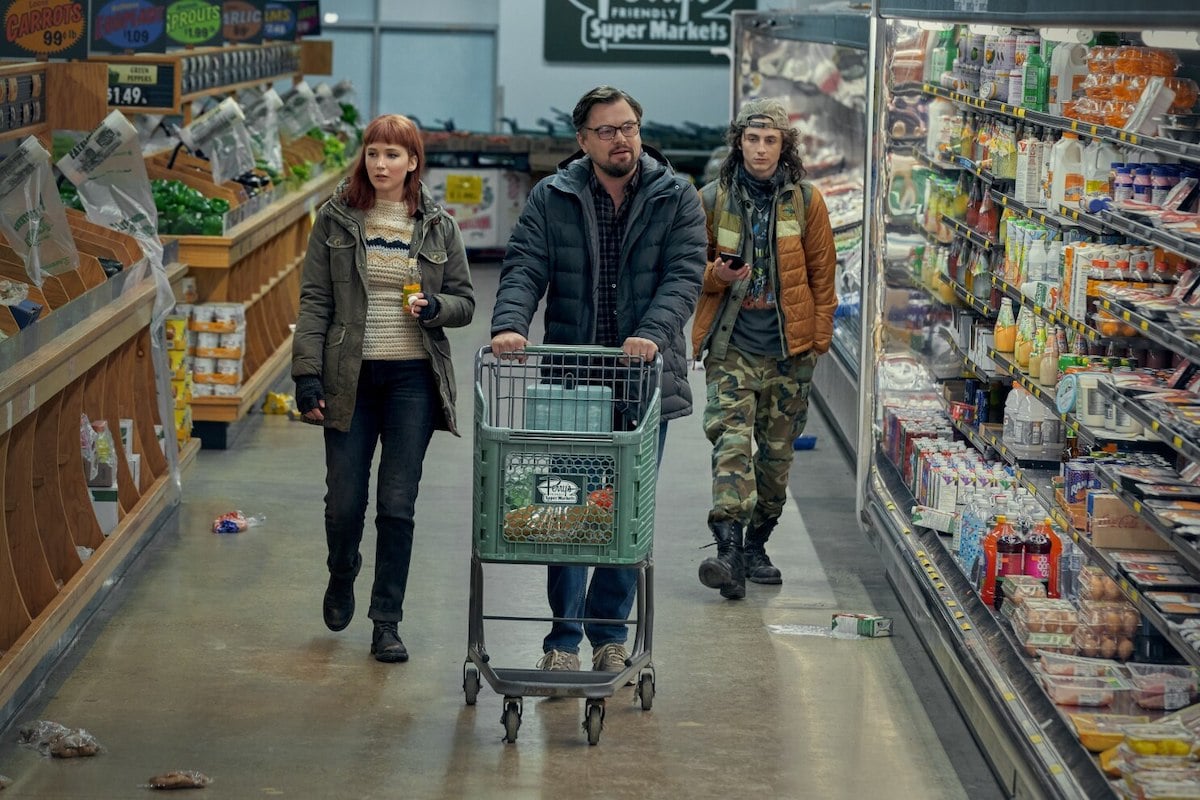 Satire has been used in storytelling for much of human history to address difficult topics with humor. In film, this is no exception. One of the most famous modern satires is Stanley Kubrick’s Dr. Stranglove, which is a black comedy about the threat of nuclear war. While Dr. Strangelove doesn’t use metaphor at all, it’s still a masterful dark farce.

You’d think that comedy would be an inventive way to deal with the threat of the climate crisis. After all, Adam McKay made a name for himself in Hollywood by directing Anchorman, Talladega Nights, and Step Brothers. However, McKay’s delivery in Don’t Look Up is mixed in tone, not altogether respecting the audience.

For instance, Dr. Mindy is more inclined to take the calm approach, delivering the facts of the deadly serious situation. Mindy even bores the president’s chief of staff (Jonah Hill) with this approach so he feigns sleep. McKay seems to fall into the same trap, stating obvious perils in a way that’s alienating to even those who might agree with him. 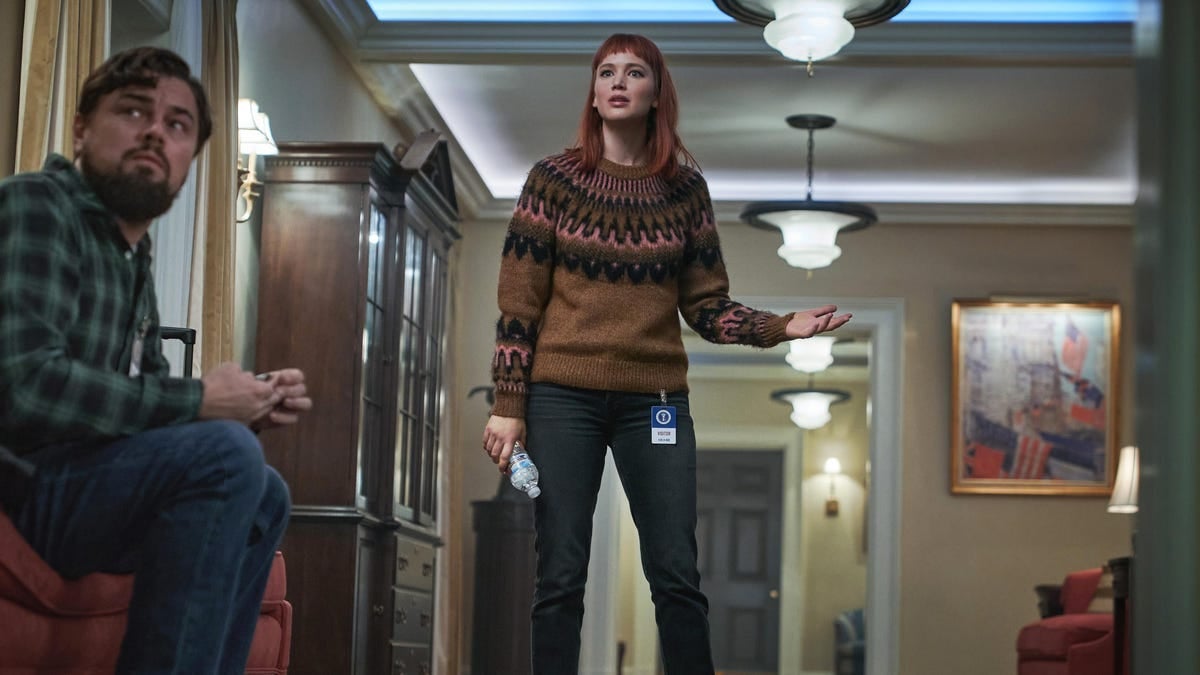 On the other side of the spectrum, there’s Dibiasky. This scientist’s method of informing is screaming on television that everyone is doomed. What this amounts to is the feeling that McKay is browbeating the audience, talking down to them. This leads to Don’t Look Up lacking nuance whilst belittling viewers that deny climate change or are opposed to McKay. 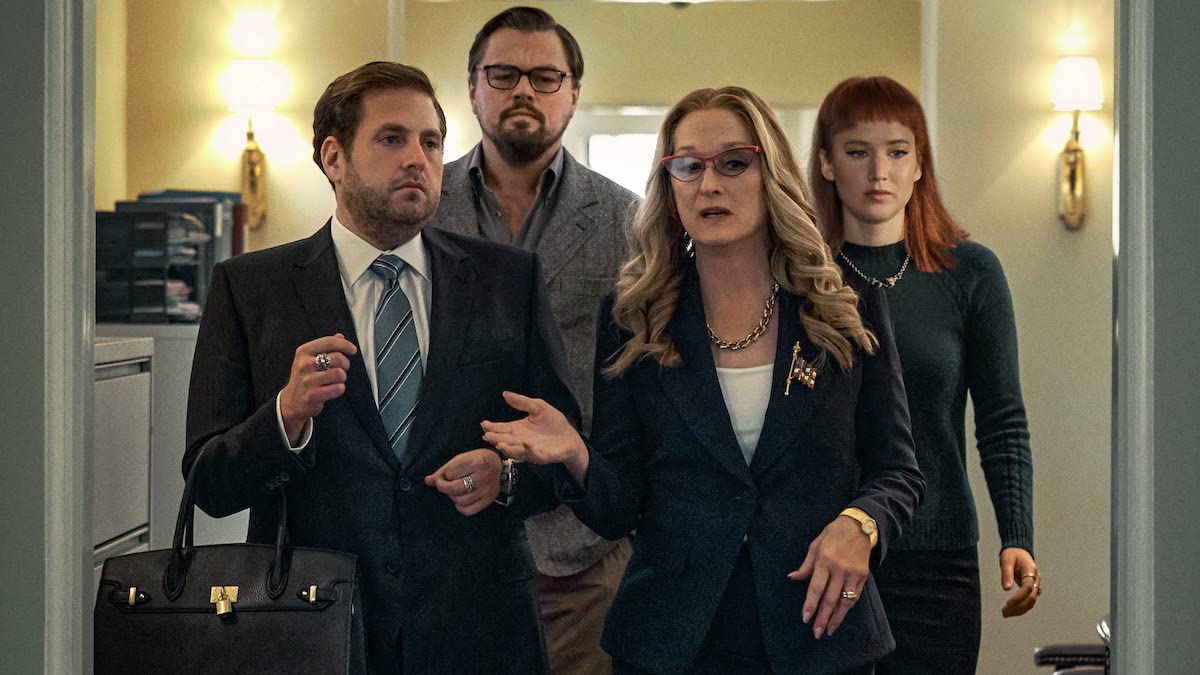 Perhaps the most damning critique of Don’t Look Up is the fact that it’s too real, as well as contemptuous. The Trump-esque President of the United States (Meryl Streep) wears a MAGA-like hat that reads “Don’t Look Up.” The film paints most of the American public as sheep that follow her every whim to ignore the danger headed for them.

Additionally, the movie paints the news media as hacks that are only interested in a viral headline. The daytime news anchors, played by Cate Blanchett & Tyler Perry, only give a laugh & a smile when the astronomers break the story on-air. The film also critiques our adherence towards celebrity culture with an airheaded singer named Riley Bina (Ariana Grande).

This seems ironic due to the fact that part of Don’t Look Up’s draw is that it’s full of celebrities. Perhaps the most egregious oversight is the film’s depiction of “middle America.” McKay panders in a holier-than-thou way with the drunk, racist, space pilot (Ron Perlman) & Dibiasky’s parents, who are, “in favor of the jobs the comet will create.” 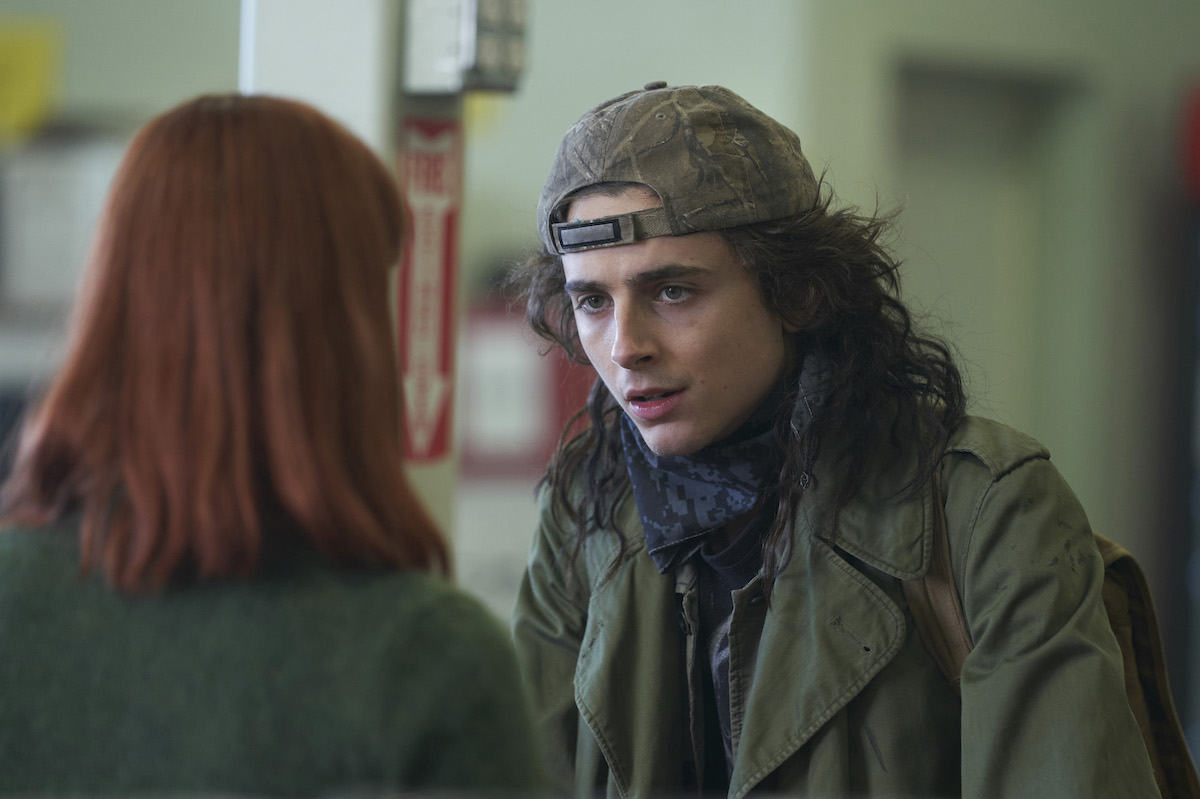 Perhaps the only saving grace of Don’t Look Up is Timothée Chalamet, who plays the character of Yule. A skater boy living in Dibiasky’s hometown, Yule is a fractured Christian who’s attempting to reconcile with his faith. Chalamet brings a bit of feeling to the film when he says a prayer right before the comet destroys the Earth.

While Don’t Look Up is being billed as a politically-charged showcase of Hollywood’s talent, many are saying that Adam McKay’s direction falls flat. What do you think of Don’t Look Up? Let us know in the comment section!