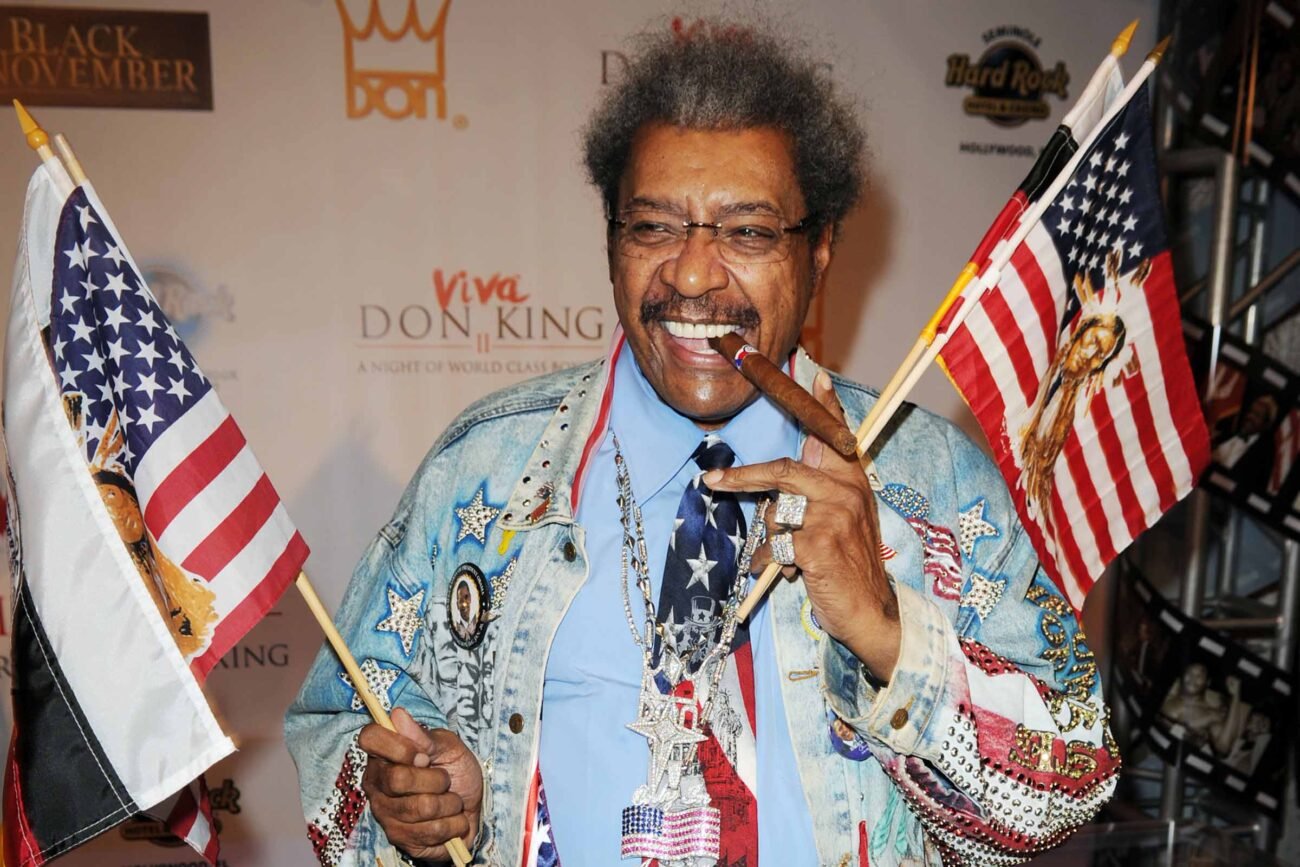 The truth behind the multiple murders of Don King

Don King is currently eighty-eight years old. He’s famous for his work as a boxing promoter, in which he represented stars such as Muhammad Ali, Mike Tyson, and Larry Holmes, just to name a few.

Despite his shiny roster of athletes, Don King is far from cherished. In fact, most of his life is shrouded in controversy– Most of the men he represented sued him, he went to trial for murder twice, and has even been accused of stealing from charity donations. 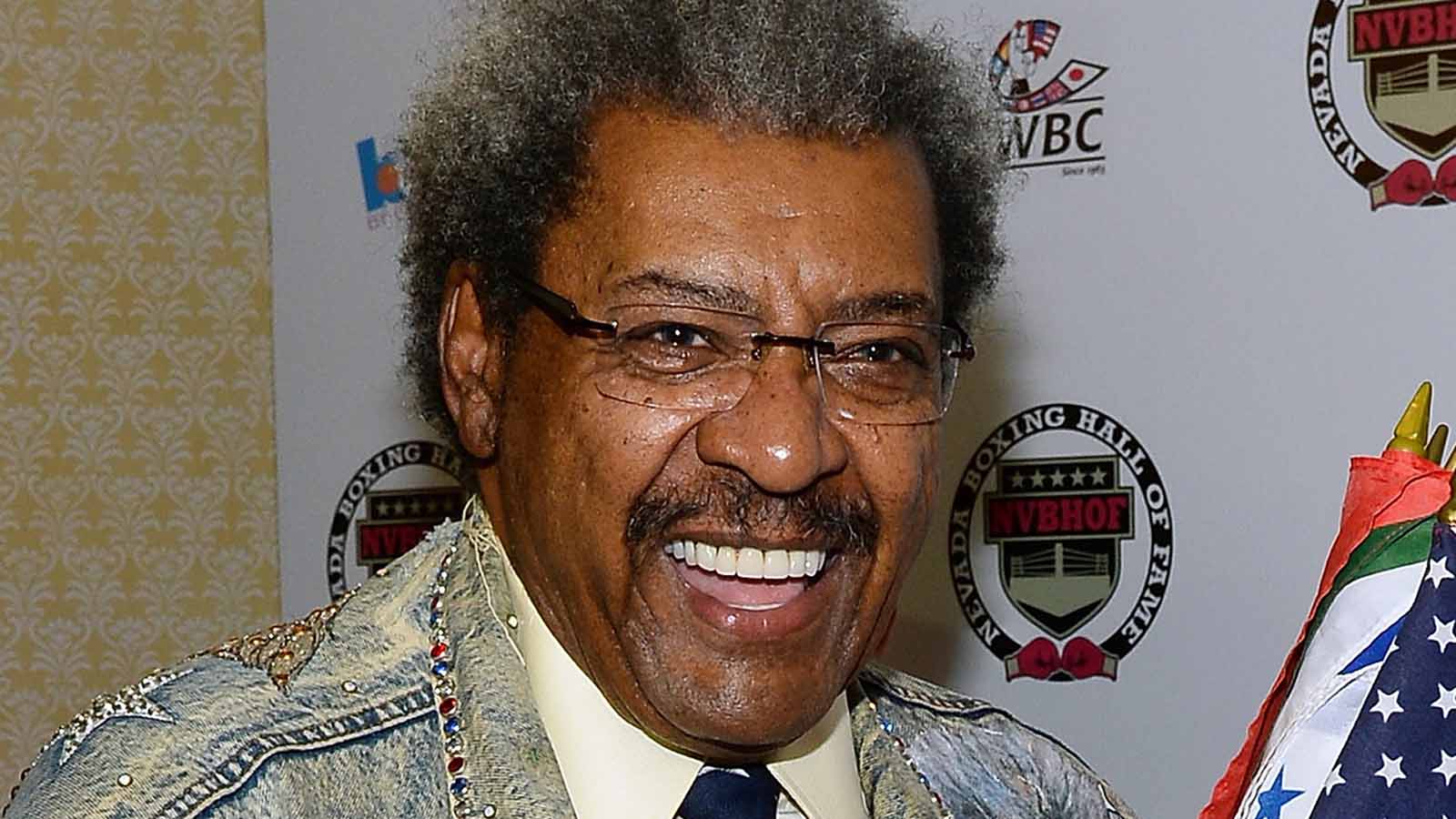 Seven people have sued Don King. Almost all of them are over King’s sketchy services and stolen money. All of the lawsuits were settled out of court, usually for far less money than he was being sued for, and at times with strange contracts being signed by the accusers which ultimately benefited King more. 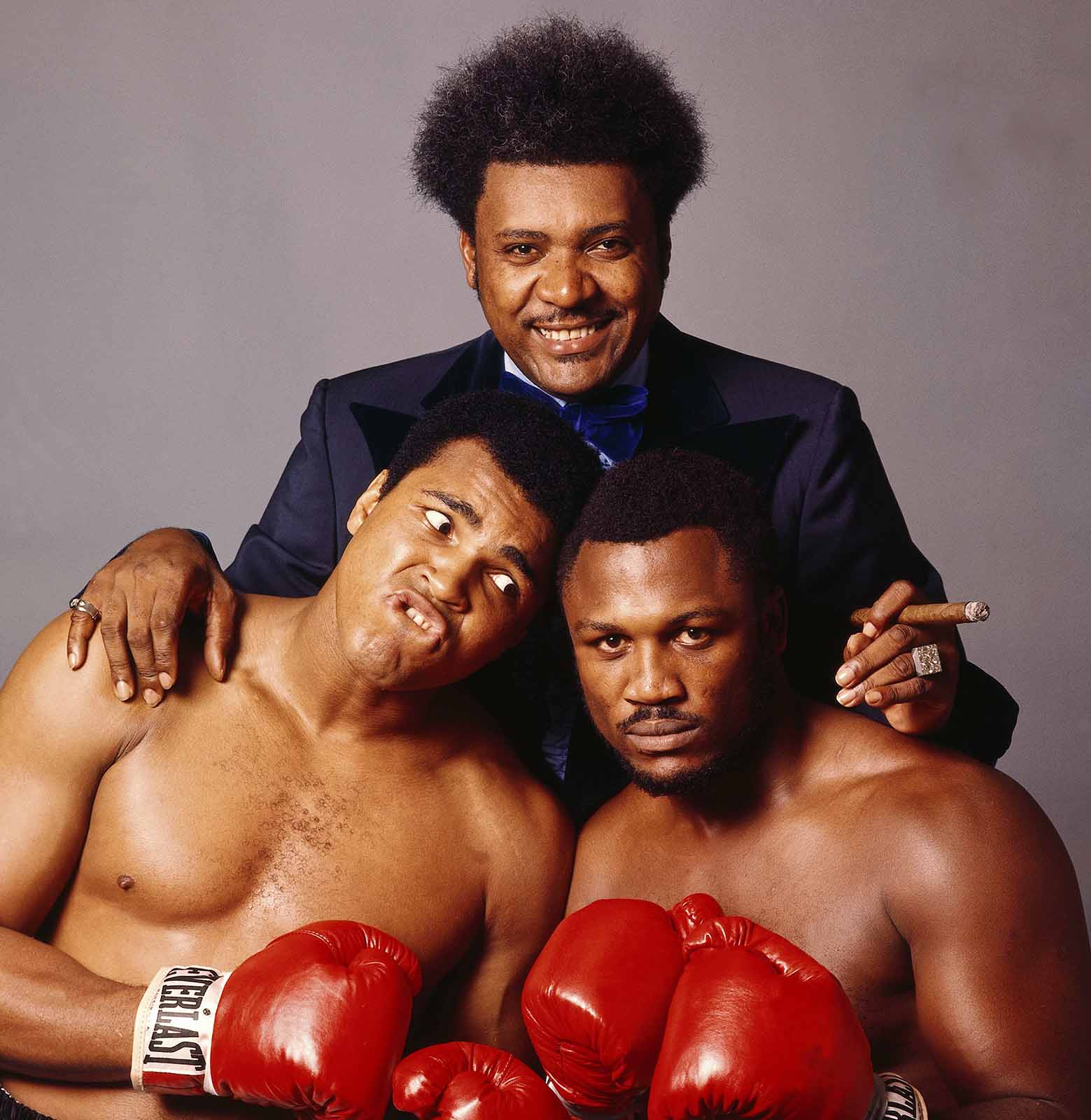 In 1982 Ali sued King for withholding $1.1 million dollars of his pay from a fight with Larry Holmes (a man who also sued King). In response, King gave a suitcase filled with $50,000 and an agreement for Ali to sign which would end the debt.

The friend later admitted he regretted helping King, not realizing how much the man had needed money. Ali’s lawyer reportedly cried when he found out how the lawsuit had ended. 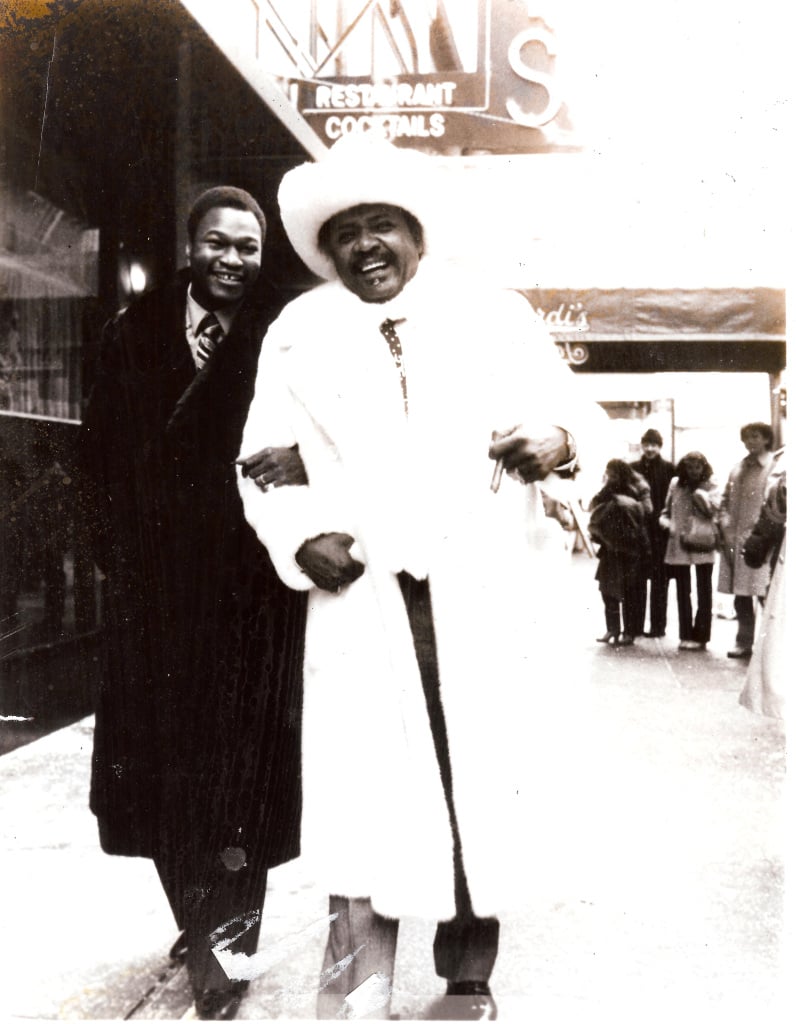 Holmes sued King saying his promoter had taken $10 million dollars over the years in earnings that were supposed to go to Holmes. In one instance, Holmes indicated he had only received $150,000 from a contract which guaranteed him $500,000.

Later Holmes would settle for a payment of $150,000 from Don King, and sign an agreement that said Holmes would no longer say negative things about King in the press. 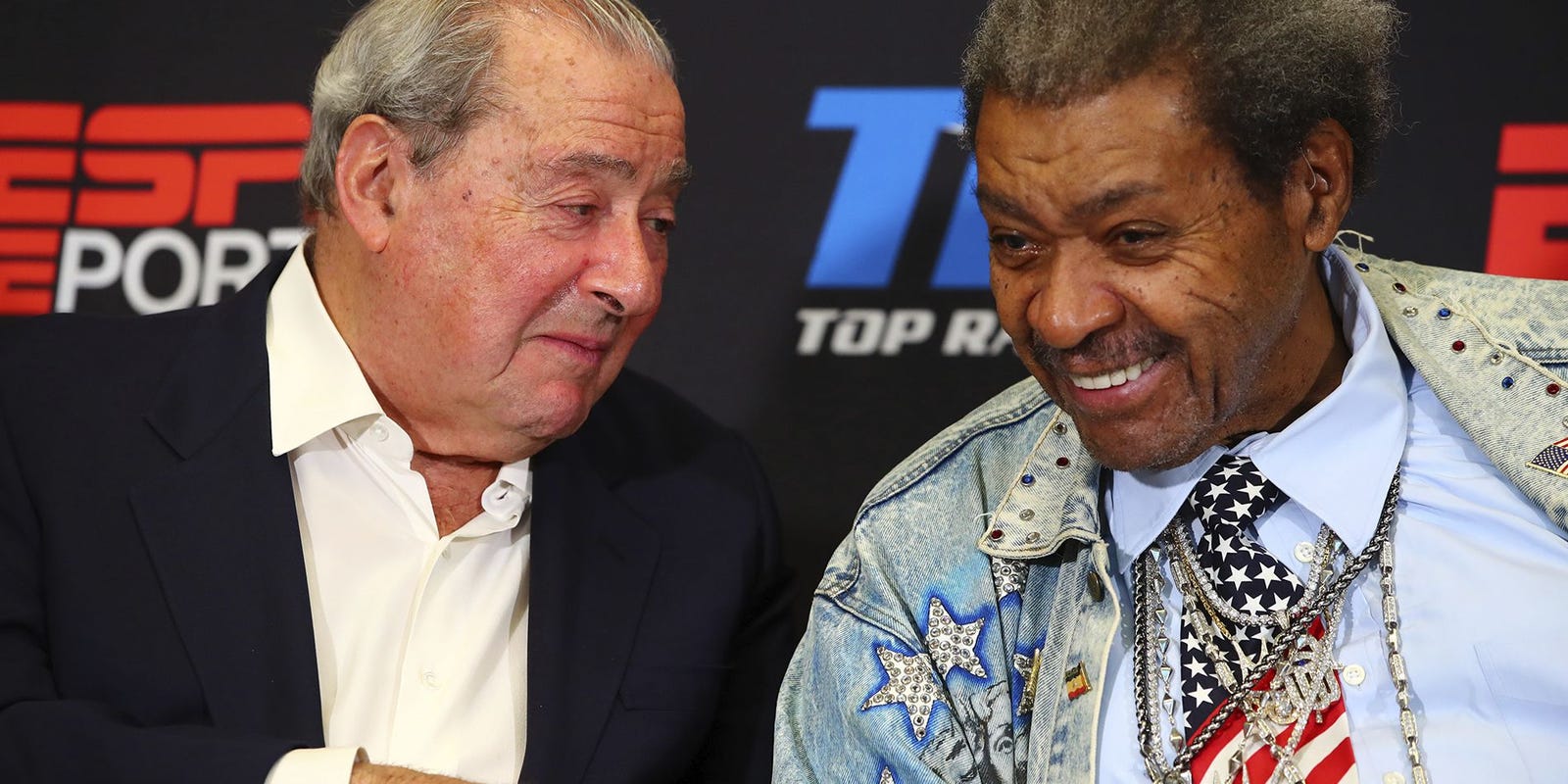 In 2005 Don King decided to sue ESPN for $2.5 billion in defamation. (Technically the suit went to the Disney corporation because ESPN is owned by Disney.) King sued them over a documentary saying King had killed two men, which is common knowledge. The court ruled ESPN had not knowingly made false statements, and did not owe King money. 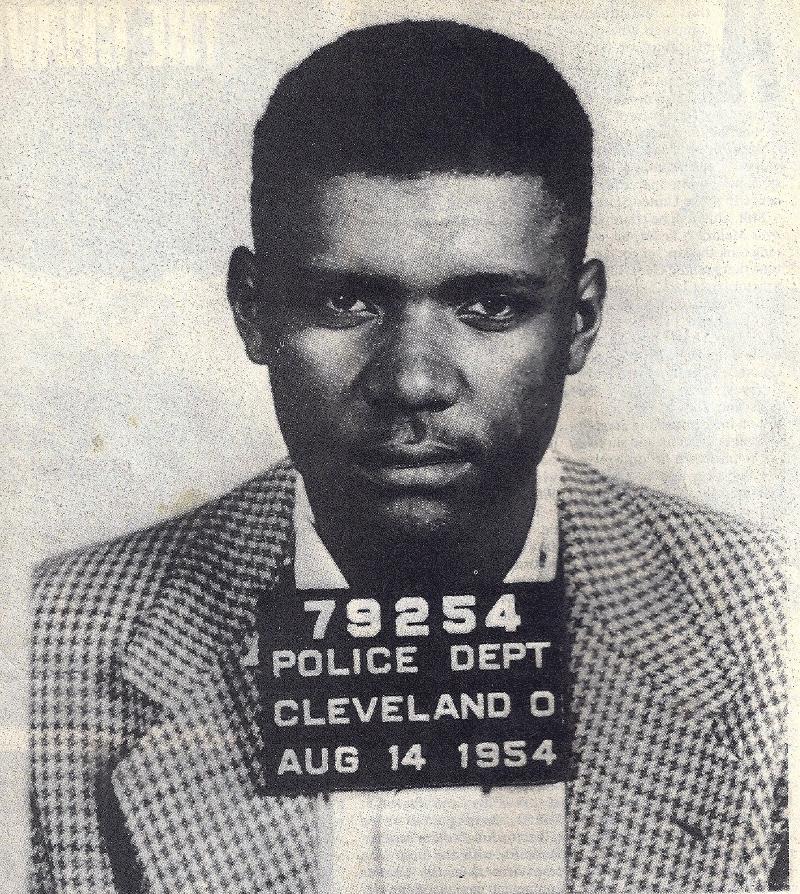 King is known to have killed two men, however, he still walks free.

When he went to court King claimed self-defense. The court, after hearing the argument, ruled it a justified homicide, and King went free. 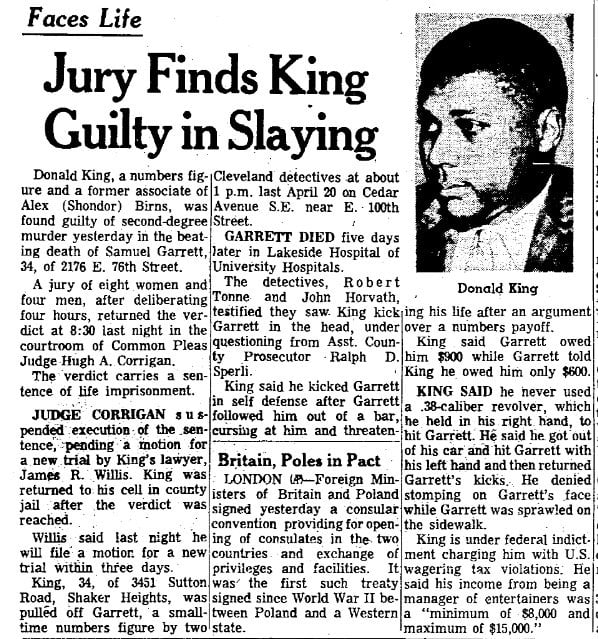 In 1966 King killed again. Sam Garrett worked for King, and ended up owing his employer six-hundred dollars. In the street, King was witnessed stomping / kicking Sam’s head at least three times, and others also report having seen him beat Sam with a gun. The man’s last words, according to witnesses, were, “I’ll give you the money Don.”

When this case went to trial the charge was dropped from second degree murder to voluntary manslaughter. (Voluntary manslaughter is defined as murder committed in a fit of passion due to a situation where a reasonable person becomes emotionally or mentally disturbed to the point they cannot reasonably control their emotions.) 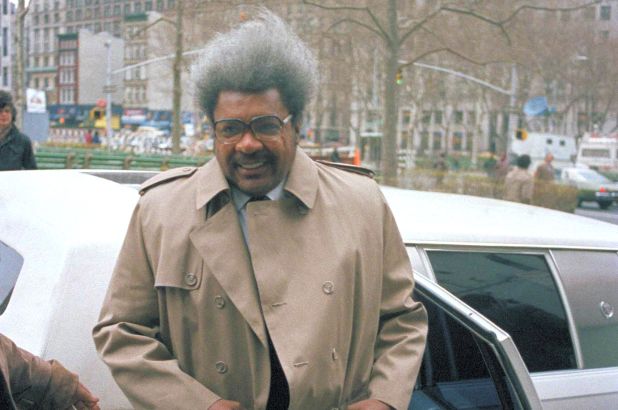 Apparently, a rich man missing $600 is considered a reasonable situation in which to lose one’s cool so badly they kill. Don King was found guilty for voluntary manslaughter, and served three years and eleven months until he was pardoned by the governor.

For years Cleveland City Council had been planning to name a street after Don King. In 2016 it was revealed the street they had chosen was none other than the very street King had killed Sam Garrett. People were understandably horrified, and the council did not explain their choice. 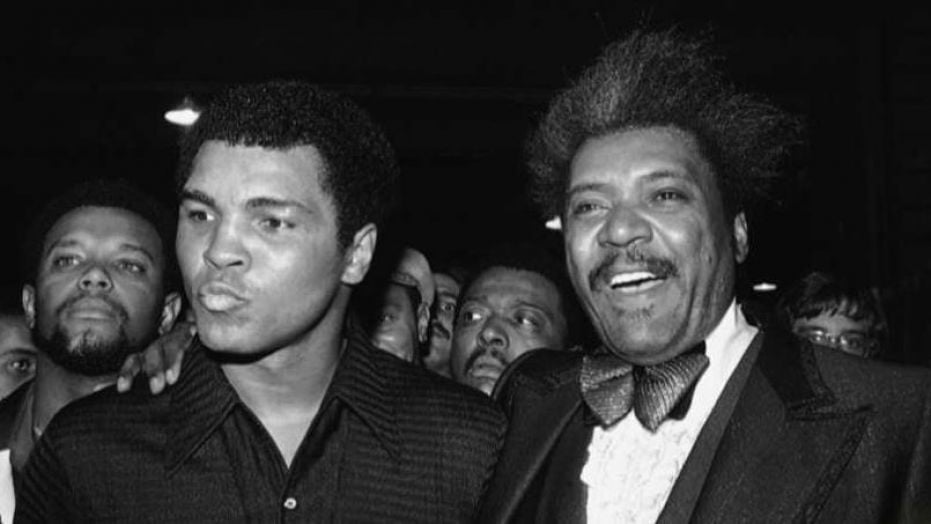 In 1972 Don King was the promoter and organizer of a charity boxing match to benefit the Forest City Hospital. The fight featured Muhammad Ali. The hospital was underfunded and needed the funds.

The event raised $85,000 (over $500,000 in today’s money), but the hospital only received fifteen hundred dollars. King’s usual cut of eighty-three percent of the purse was applied to the charity money. 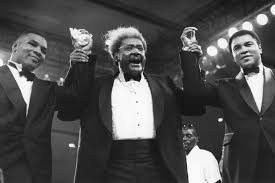 In 1976 Don King approached television network ABC about hosting a national boxing tournament on TV. After ABC was on board, King reportedly paid The Ring Magazine to write fake rankings and records on the competitors to make the event sound more exciting.

During the tournament, one of the fighters went to the media saying the tournament had been rigged so that competitors who had contracts with King would win. The man would further explain that before he even got to the ring he’d been told he lost the next fight.

Once this man came forward, others stepped up and said they had similar experiences, and others claimed there were payoffs. ABC cancelled the tournament to put the issue to rest.

Don King is still alive, presumably living his best life, and still stirs up the occasional controversy. Most notable in recent years was a strange incident in 2016 in which King was introducing Donald Trump at a campaign event.