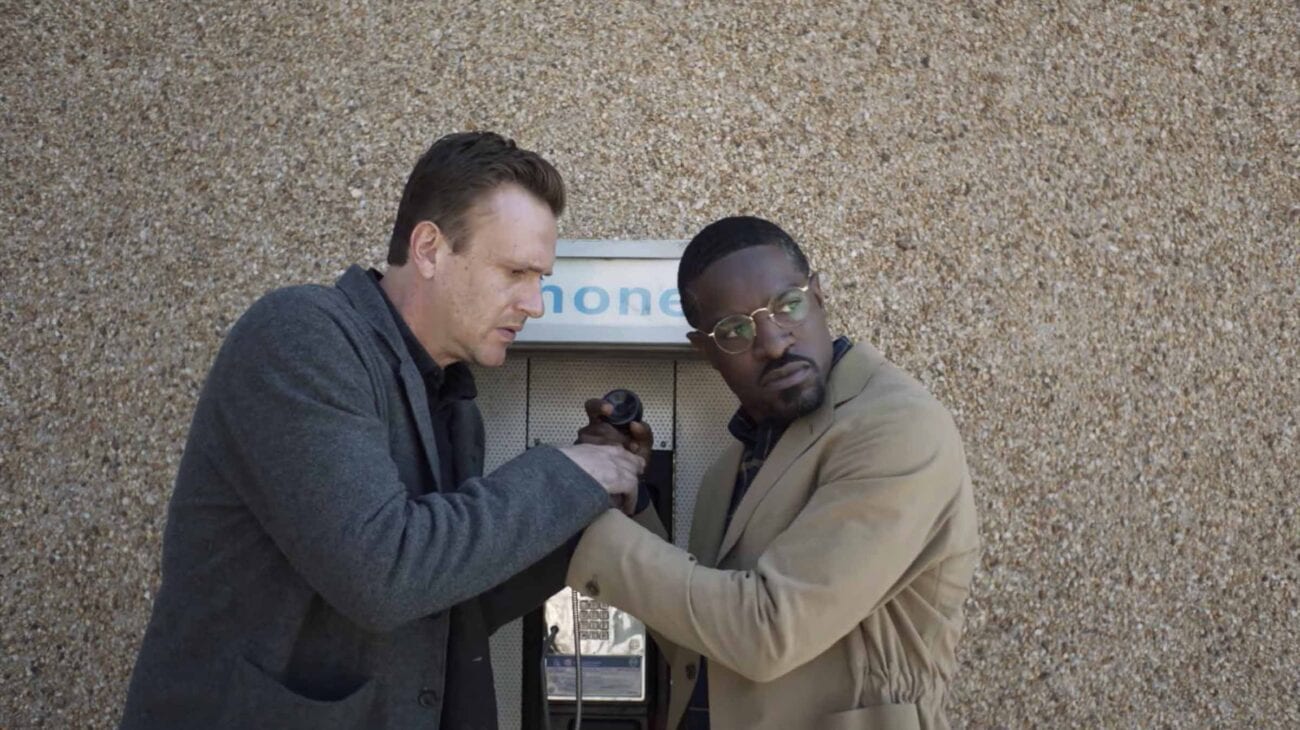 What was the point of ‘Dispatches from Elsewhere’?

If you’re one of the 5 people that’s still watching The Walking Dead, or wanted to finish out Better Call Saul, then you probably saw ads for a new AMC show called Dispatches from Elsewhere. Being touted as Jason Segal’s return to TV, who was also running the show behind the scenes, it was based on the Jejune Institute game in San Francisco.

Heck, to even write about the game, Segal was forced to jump through hoops and play the game himself to get the rights for the script. So you’d think it’s going to be this deeply thoughtful show about people looking for something bigger than themselves, right? Kind of.

Sure, you get into it, you meet Peter (Segal), Simone (Eve Lindley), Janice (Sally Field) and Fredwynn (Andre 3000). You follow along with the mystery of the Elsewhere Society vs the Jejune Institute. You get sucked into the story and the characters. Then you get to episode 10.

We’re going to be blunt: if you genuinely want to experience this show for yourself, stop here to avoid spoilers, and come back. But we’re telling you now, that you’re better off just reading about the Dispatches from Elsewhere finale and being disappointed real quick. 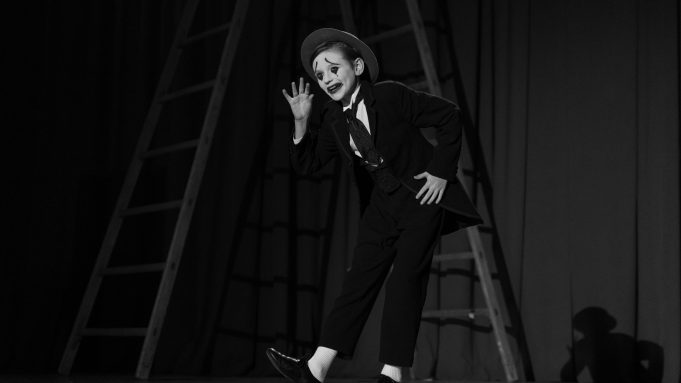 A Jason Segal therapy session, for you entertainment

In what can certainly be called one of the rawest things broadcast on TV in years, the finale of Dispatches from Elsewhere is Segal telling the story of how he came up with the show. But it’s more than just that.

It’s about the journey of Segal hitting a career slump, struggling to take down his alcoholism, and needed to hit refresh and do something new. Right at that time, he found The Institute, a documentary discussing the Jejune Institute game. There, he knew he wanted to create something to tell this story.

Interviews after the finale aired have Segal saying this is the emotional version of what it felt like when he did full-frontal nudity in Forgetting Sarah Marshall. It definitely feels like that, as the beginning is a personal look at his rise to fame as a young adult in Freaks and Geeks, and the downward spiral of his career as he stopped being a person people cared about. 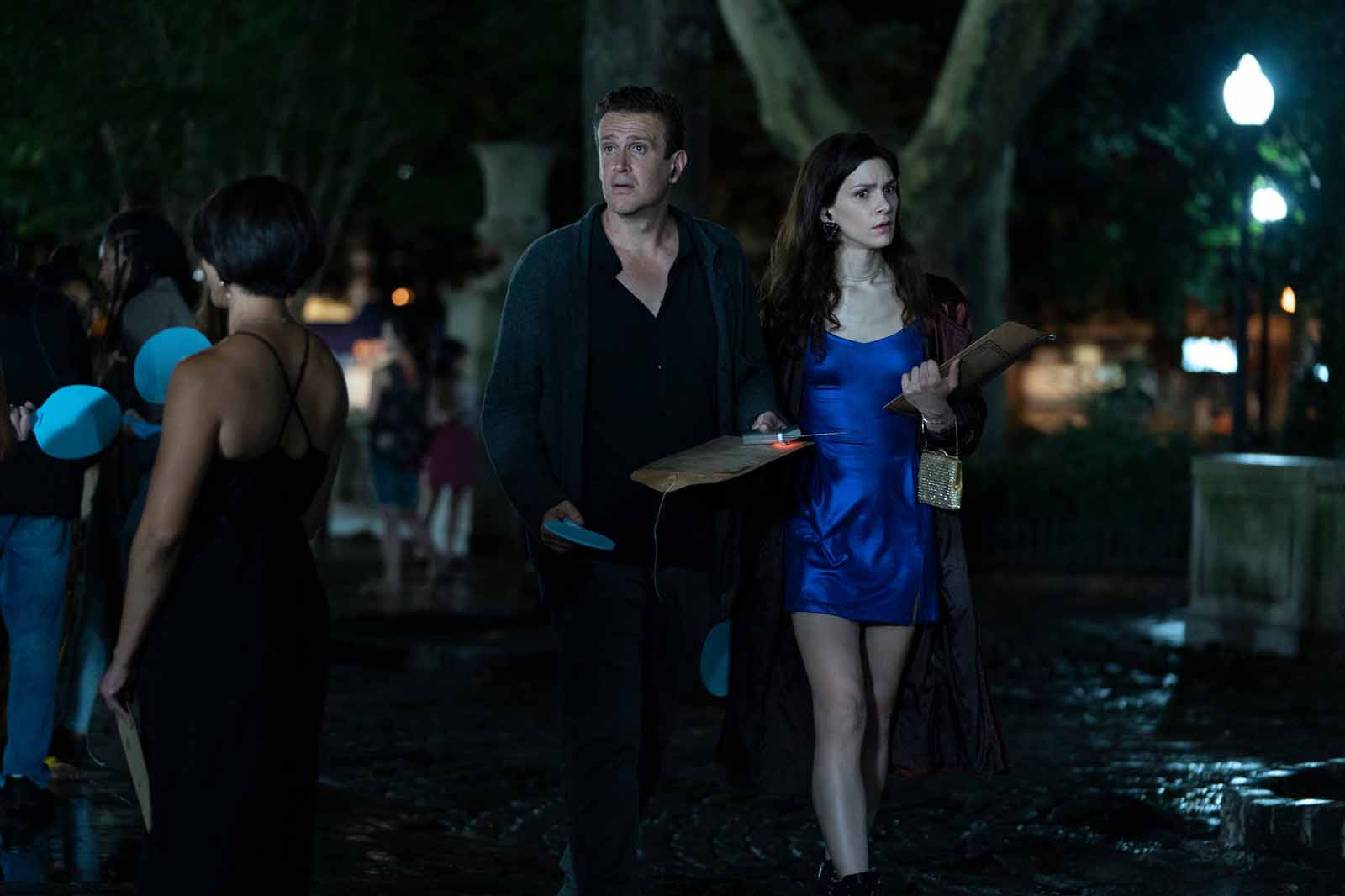 Nine episodes of build up to therapy?

It’s a really touching episode that would work better as an epilogue to this story, or a bonus web exclusive. Not a finale to a series with deep character relationships. Remember, up until the finale, audiences only knew Segal as Peter, the everyday man who cried when Octavio (Richard E. Grant) told him he was one of the special ones.

The man who wanted to pick both pie and cake, even if Simone didn’t agree that was a choice. Or the man that finally figured out his talents with Fredwynn on their mini adventure. This is the man we knew, and by the end of episode nine, we thought we were getting a closer look at him when the boy in the mime makeup takes him away. 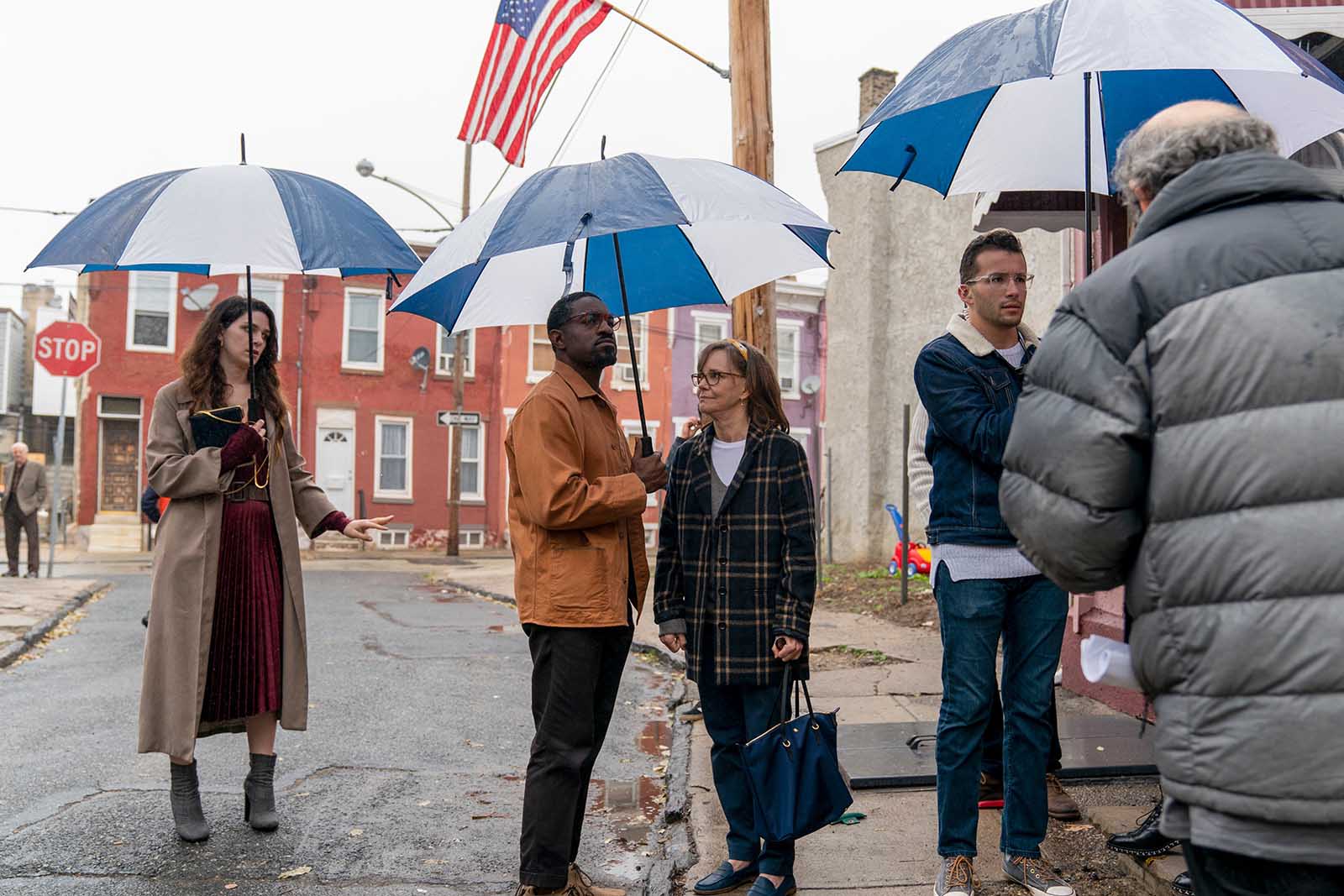 No one else matters, yet they’re still here?

Probably the most confusing part of the episode is that Simone, Janice, and Fredwynn are still here. But they’re not Simone, Janice, or Fredwynn, just people that look like those characters but have the same name.

Simone is a stand-in for a girlfriend of Segal’s who he met at an AA meeting. She helps him develop Dispatches from Elsewhere, and most importantly, calls him out for playing the victim card just because he’s a recovering alcoholic. The whole argument between the clown boy and Segal is inspired by her comments.

Janice comes out as a woman associated with the game Segal runs around Philadelphia playing. When Segal’s hurt that he’s being told he’s special, Janice appears to remind him that his specialness comes from being human. We’re all special, even though we’re all the same. 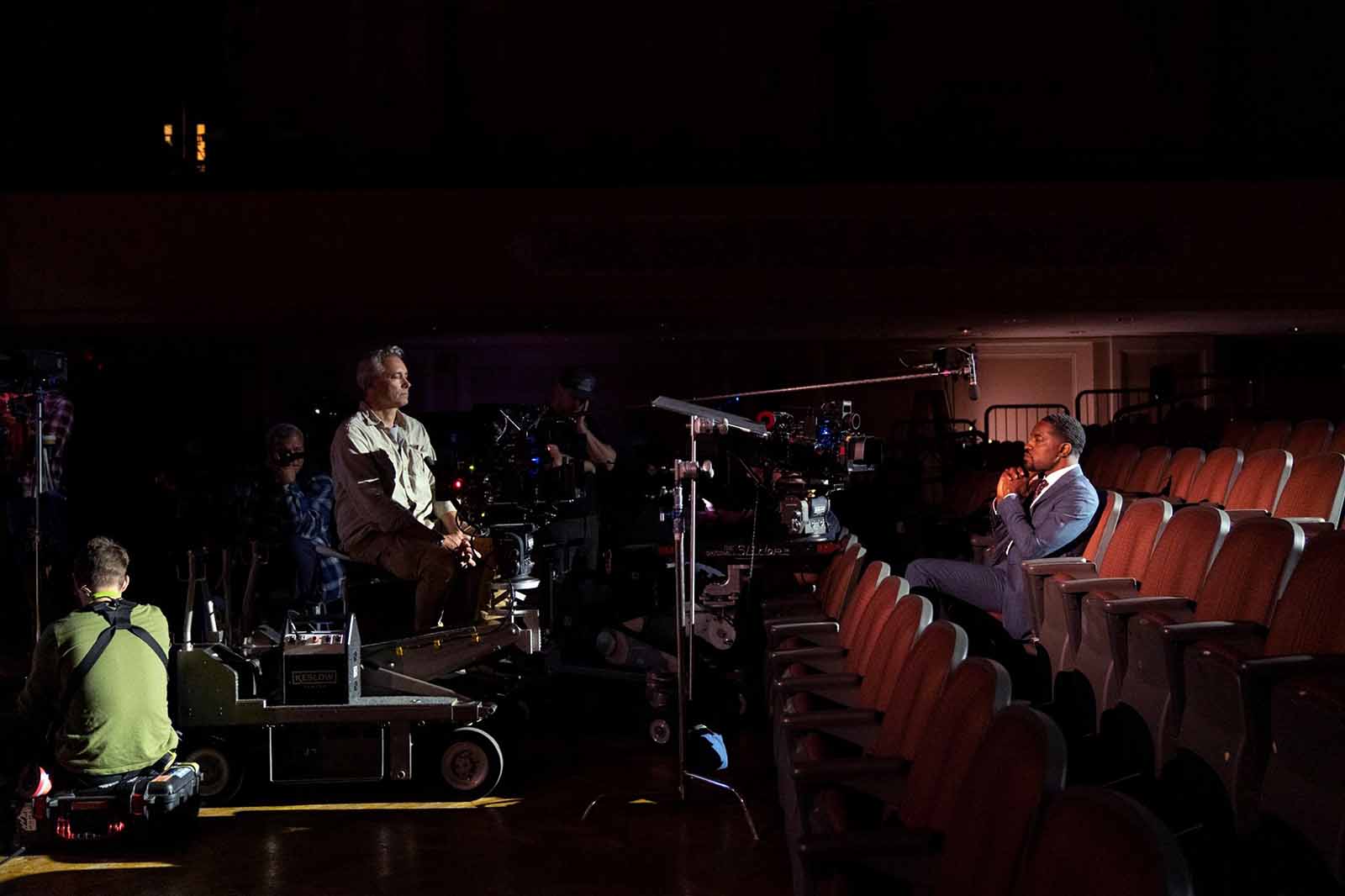 Lastly, Fredwynn is most likely a stand-in for the poor AMC executive who had to listen to the show’s pitch. In a dark theater, Segal is on stage pitching the show, explaining that he’s trying to be fun, weird, dark, and hilarious, because he’s all of those things. But most important of all, he’s making this show to help those in the same point as him.

This is a really touching moment, except for the fact that these are the people we’ve spent the past 9 episodes with thrown out the window. Fredwynn is much more complicated than just being a studio executive, and Andre 3000 100% deserved more screentime in the finale.

Simone is playing a similar role she played in the show, but it still feels uncomfortable, especially considering her personal growth in the show. Janice’s character development just feels thrown out the window, as the whole point of her character is to break out of that motherly role she’s played for years, and yet that’s exactly who she is in this. 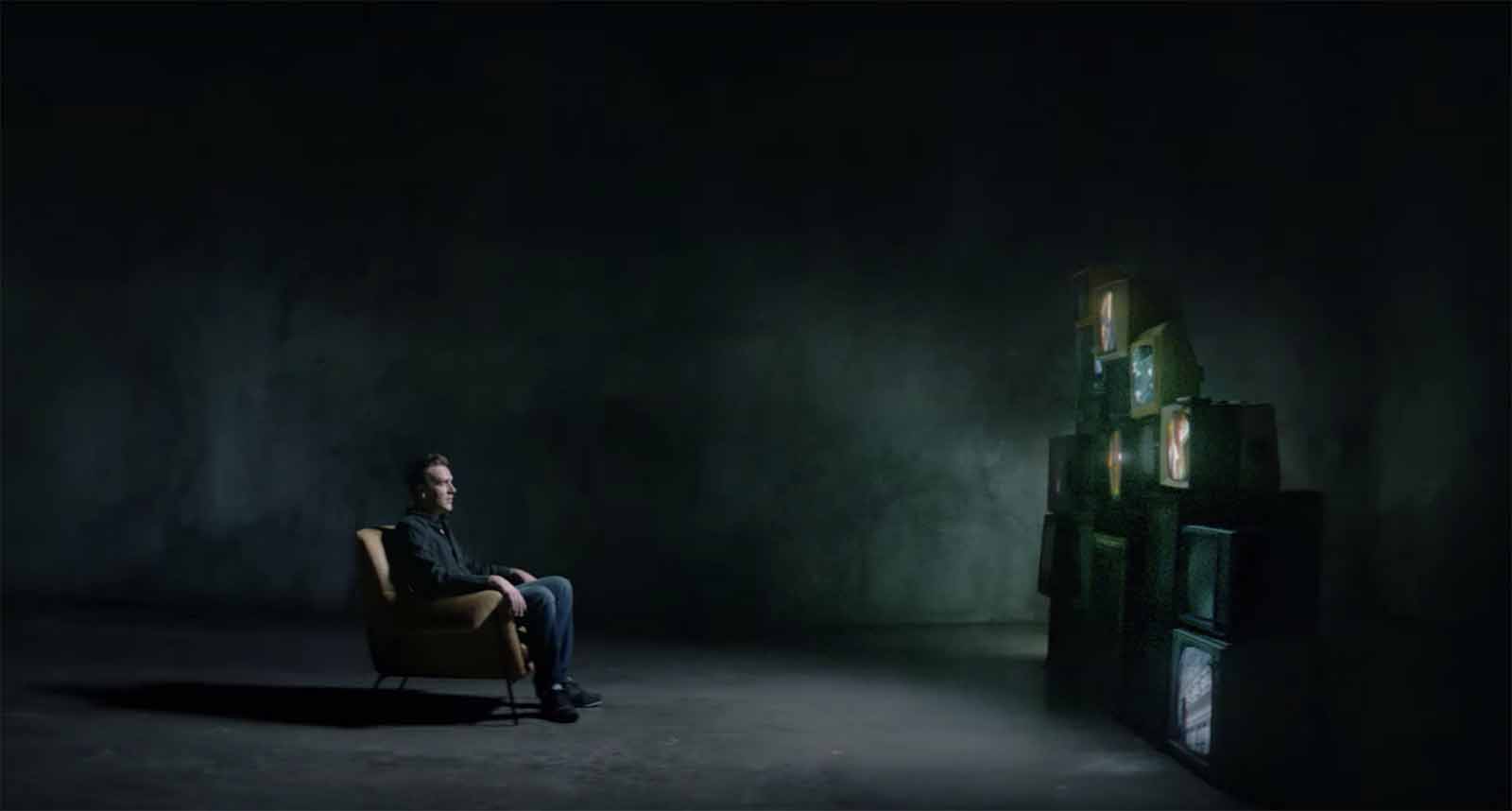 A touching end to a crappy episode

We’re not going to crap on those last five-ish minutes though, even though the Octavio monologue at the end throws this finale into even more of a loop. But very few shows openly acknowledge the people who came together to make it. Even if it’s far too meta to be comfortable, it’s nice to see the faces that put their time into this project.

If only their time didn’t go to waste on that last episode. Dispatches from Elsewhere offered so much promise in its premise, and for the most part, it delivered. But by the time you get to episode 10, everything you’ve spent the last 9 hours believing are thrown out the window for something a bit too out of touch with the message the show was preaching.

Just because you had Sally Field point out how self-centered the episode was in comparison to the show’s message about relying on others doesn’t make it ok. If Dispatches from Elsewhere episodes 1-9 and episode 10 were two separate things, we wouldn’t be so upset. But we feel like someone cheated in this game after watching the series.