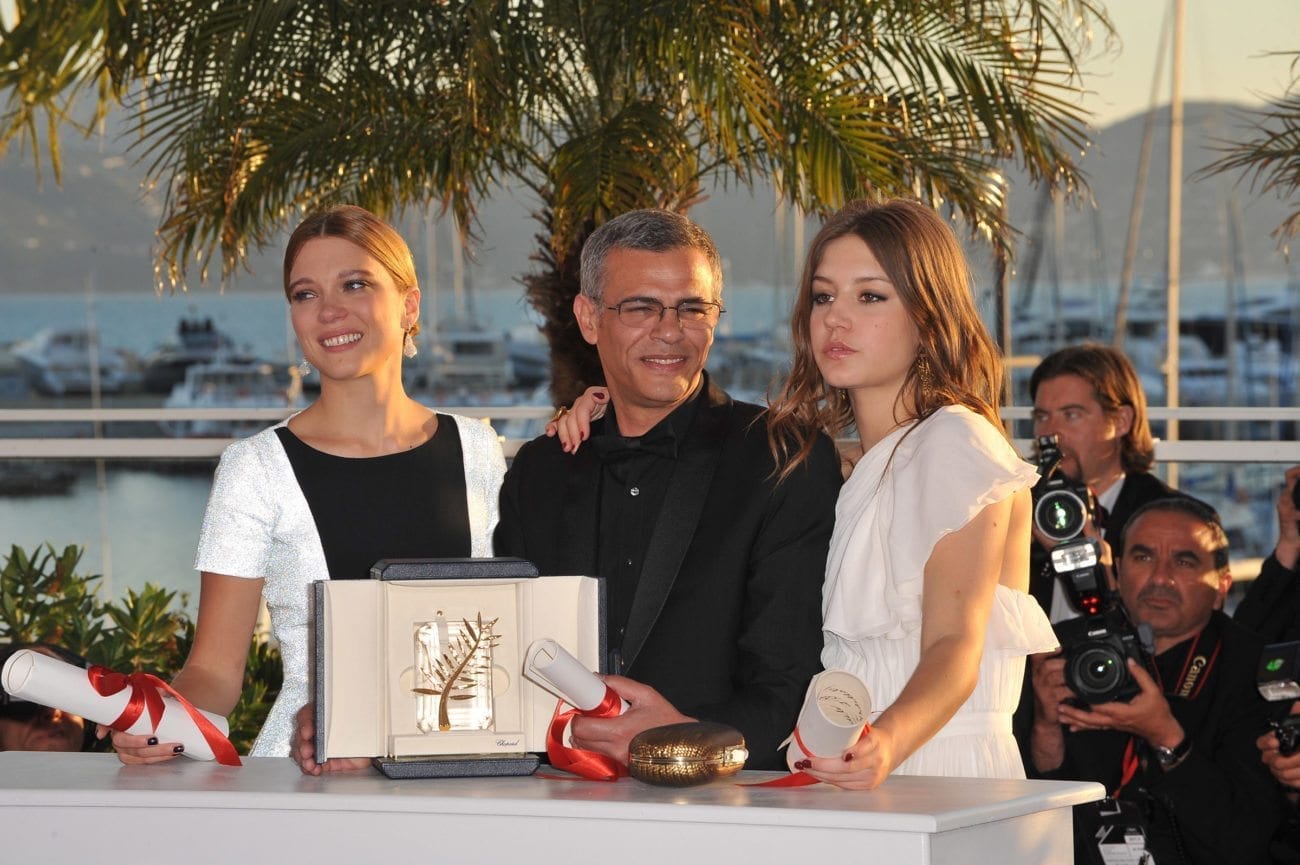 Green is the color for Abdellatif Kechiche, currently hocking the Palme d’Or snapped up at 2013’s Cannes Film Festival for explicit lesbian drama Blue Is the Warmest Color. Production on the Tunisian director’s most recent project, Mektoub, My Love, was halted due to funding issues. A statement issued to The Hollywood Reporter stated:

“In order to raise the necessary funds for the completion of post-production without further delays, the French production and distribution company Quat’Sous is auctioning film memorabilia related to Kechiche’s work. Items to be offered range from the Palme d’Or (Cannes Film Festival 2013) to the oil paintings that played a central role in Blue Is the Warmest Color.”

We are hoping the controversial director can raise the funds he needs to complete this project, however unusual the methods – the Muses have always demanded sacrifice from supplicants.