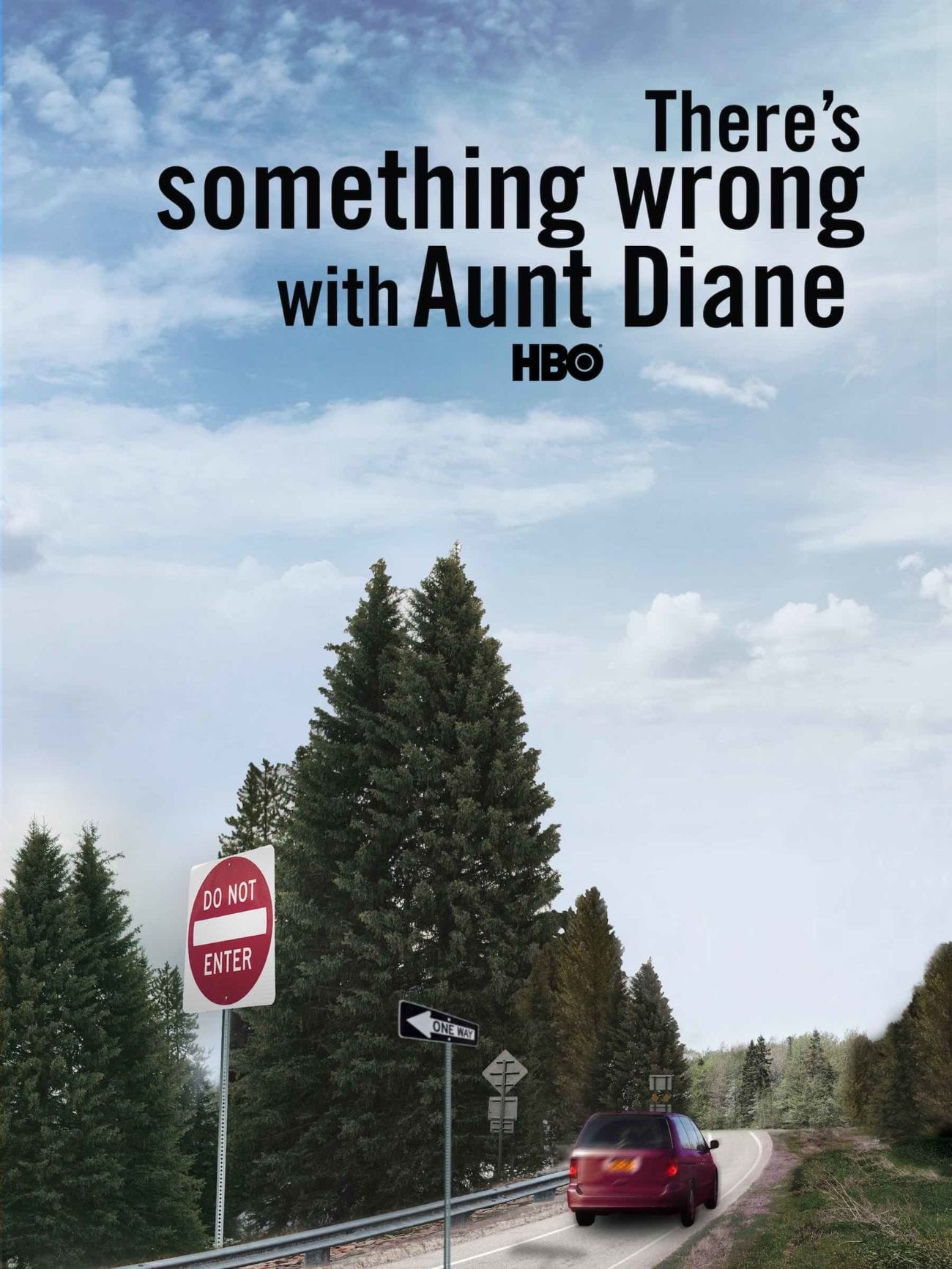 Did Diane Schuler’s behavior cause one of the worst crashes of all time?

True crime, usually, tends to focus pretty heavy toward unsolved mysteries, which can be a wild variety. Some mysteries, however, start when we know the end and wonder, “how did we get here?” Or, at least, this is the case with Diane Schuler and the horrific and tragic 2009 Taconic State Parkway crash that had claimed eight lives, including Schuler’s own.

Here’s everything to know about the lead-up to the tragic event and the questions that still plague many to this day. 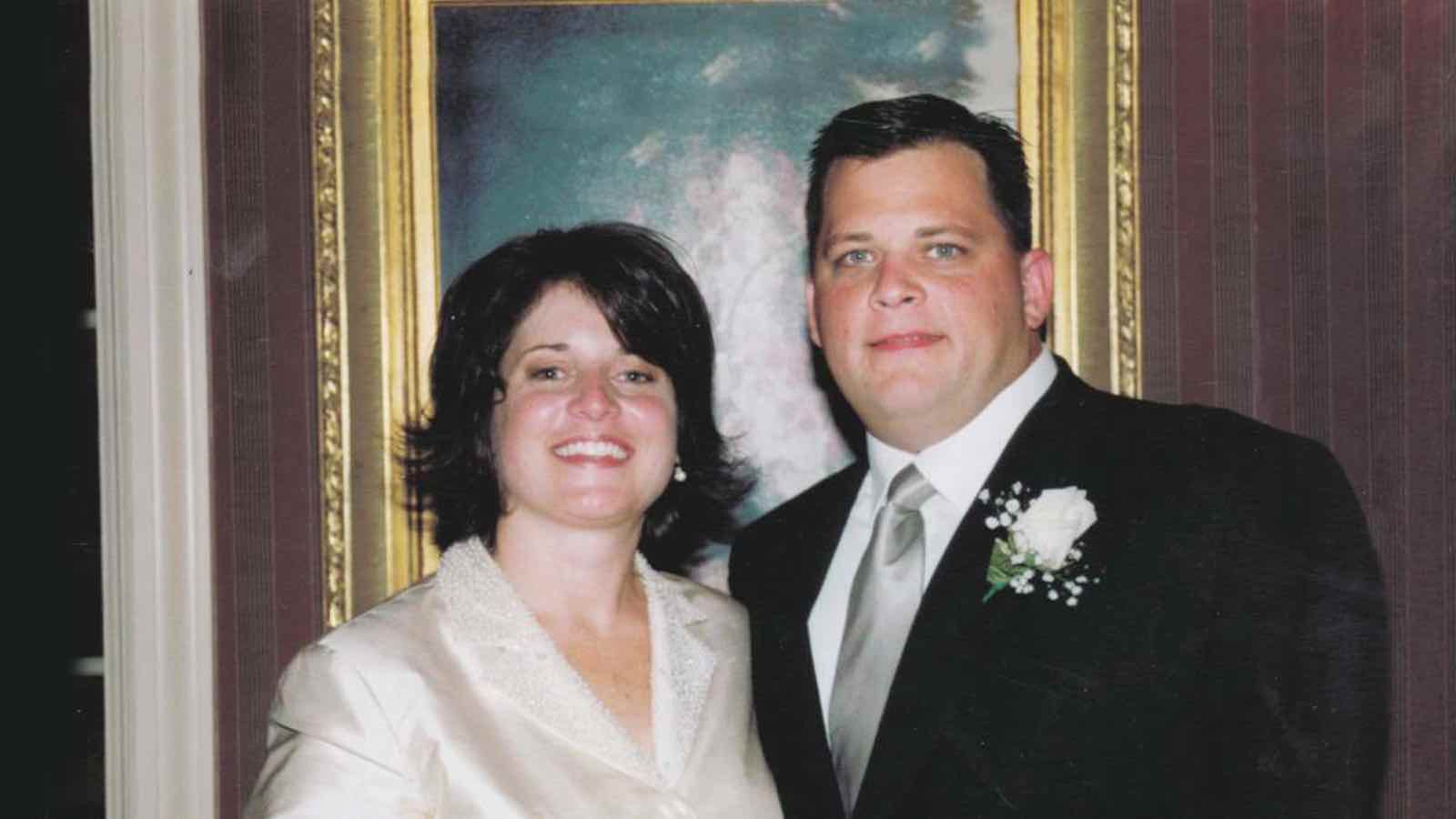 At 9:30am on July 26, 2009, Diane Schuler loaded up her two children (ages five and two) along with her brother’s, Warren Hance, three daughters (ages eight, seven, and five) into her brother’s red 2003 Ford Windstar and left the Hunter Lake Campground to start the journey to West Babylon, New York. Her husband, Daniel, took his pick-up truck and their dog. A co-owner for the campground said that when she left Diane Schuler appeared sober.

During the ride home, Schuler stopped with the children at a McDonald’s and Sunoco gas station in Liberty. While there, Schuler attempted to buy some over-the-counter pain relief, but it was not sold at the Sunoco. Schuler and the children left Liberty at 11am. They got on Route 17/Interstate 86 and the New York Thruway (Interstate 87), Ramapo-Sloatsburg service area, and crossing the Tappan Zee Bridge, heading east.

This is when the calls from motorists started coming in about a red minivan driving erratically: aggressively tailgating, flashing headlights, honking the horn, moving in and out of lanes. At 11:37am, Schuler called Hance to tell him that she and the children were caught in traffic. Shortly after, Schuler was seen with her hands on her knees like she was vomiting at two separate instances. 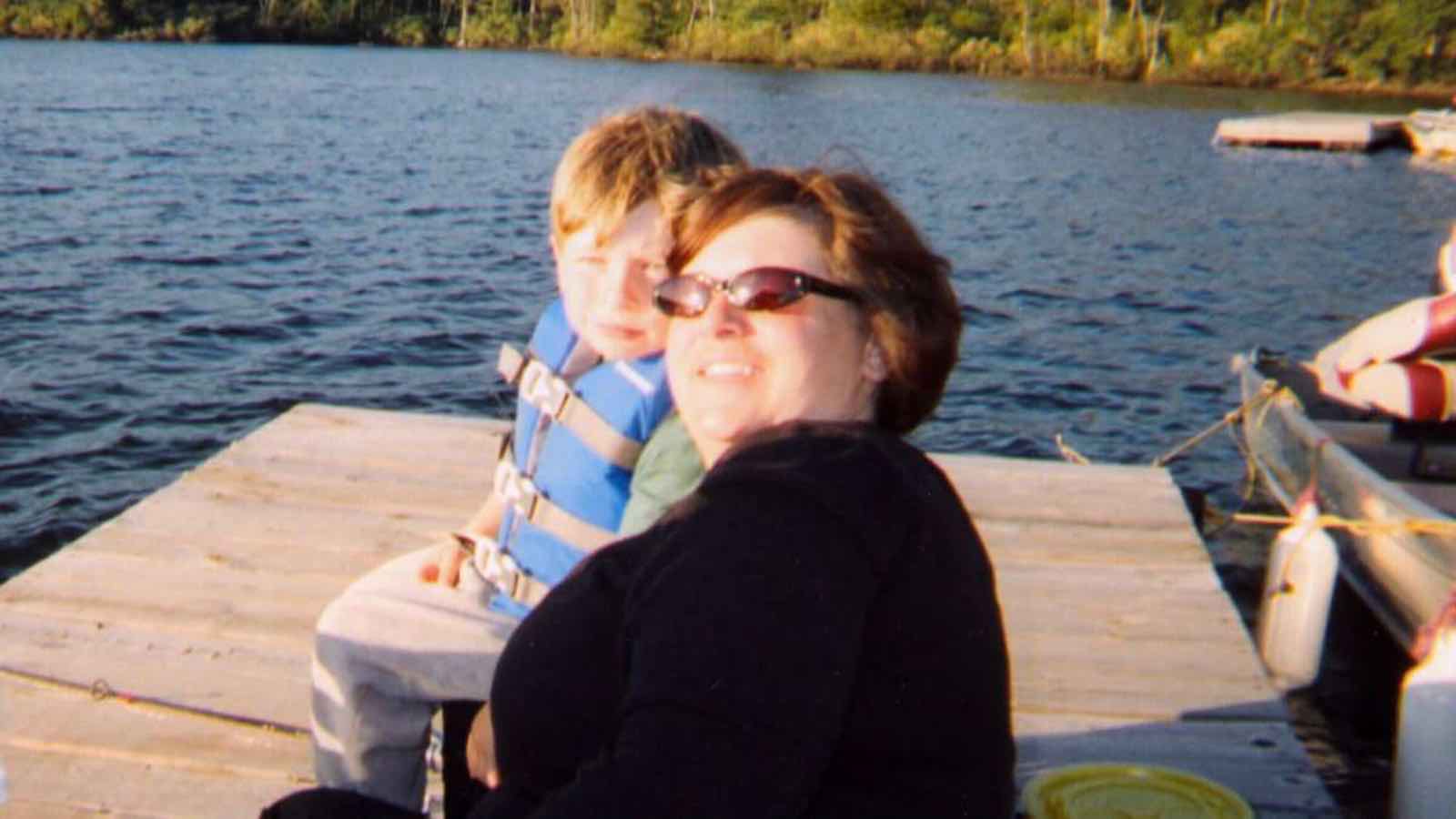 Around 1pm, one of Hance’s daughters was able to use Schuler’s cell phone in order to call her father. She told Hance that Schuler was having trouble speaking clearly and seeing the road. Schuler then talked to Hance and told him that she was feeling disoriented and could not see clearly. Hance told Schuler to pull off the road and wait for him to get to her and the children. Subsequent calls from Hance to Schuler went unanswered. It was later discovered on the side of a road near a tollbooth by another motorist.

At 1:33pm, motorists called 9-1-1 again after noticing a red minivan edging onto the northbound exit ramp of the Taconic State Parkway near Briarcliff Manor. The end of this exit ramp was marked with “Do Not Enter” and “One Way” signs. Schuler was reportedly going between 75-85 mph at this time.

At approximately 1:35pm, Schuler collided with a 2004 Chevrolet Trailblazer while driving the wrong way in the northbound passing lane. The Trailblazer would then struck a 2002 Chevrolet Tracker. At the time of the collision, Schuler was travelling at 85 mph. 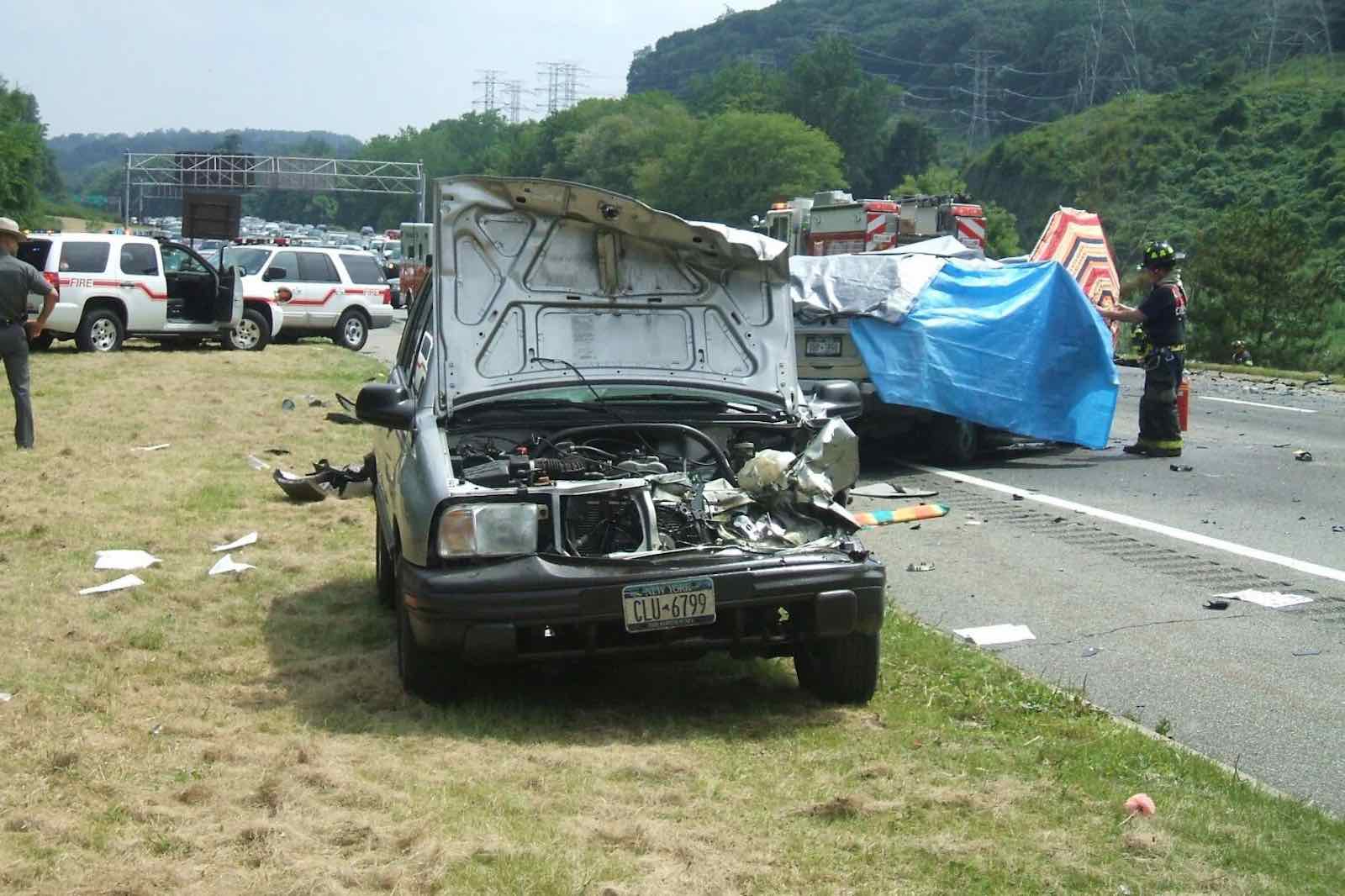 Schuler, her daughter, and two of her nieces were declared dead at the scene. The children were not in seat belts or car seats at the time of the collision. The three men in the Trailblazer: 81-year-old Michael Bastardi, his 49-year-old son Guy, and their friend, 74-year-old Dan Longo were also declared dead at the scene. The passengers of the Tracker, however, got away with minor injuries.

Schuler’s surviving niece and her 5-year-old son Bryan were still alive at the scene. Her niece would later die at the hospital while Bryan would be the only survivor from Schuler’s van, sustaining broken bones and severe head trauma. 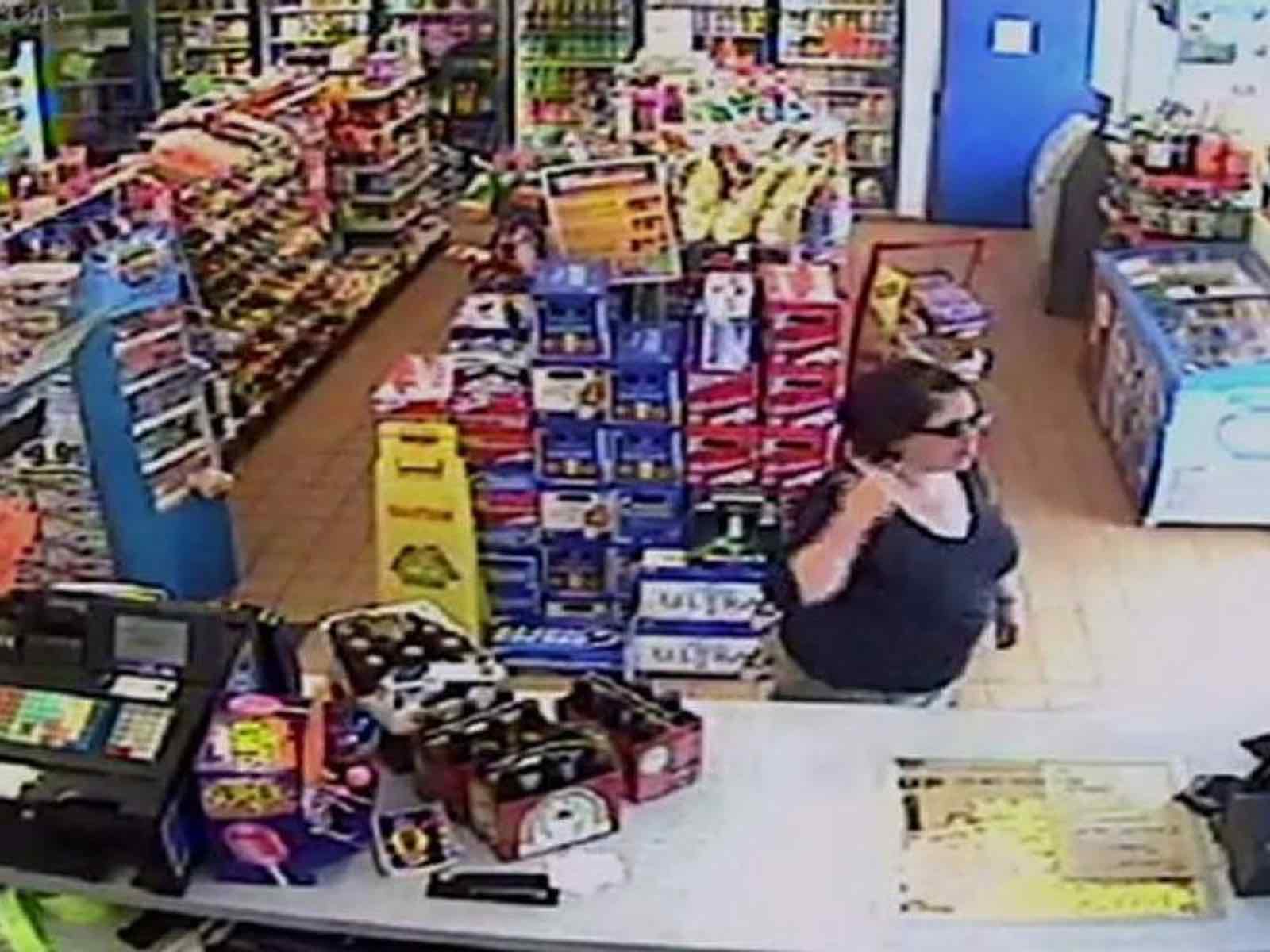 Two men who saw the accident said that they saw a large, broken Absolut Vodka bottle in the van when trying to pull Schuler out of the car. A toxicology report released by the Westchester County medical examiner found that Schuler had a blood alcohol content of .19% at the time of the accident. Six grams of alcohol remained in her stomach yet to be absorbed into her bloodstream. The legal limit in the state of New York is .08%.

The report also said that Schuler also had high levels of THC, meaning that Schuler smoked marijuana as well.

Daniel Schuler, along with his attorney Dominic Barbara, initially denied that Diane did drugs or was drinking at the lake that weekend as they had the children with them. Schuler would later change his story, saying that Diane never “drank to excess” or could have been driving while drunk that day. When asked about the bottle of vodka found in the car, Daniel would say that they always kept a bottle in the camper and that Diane was in charge of packing and so must have moved it to the van. 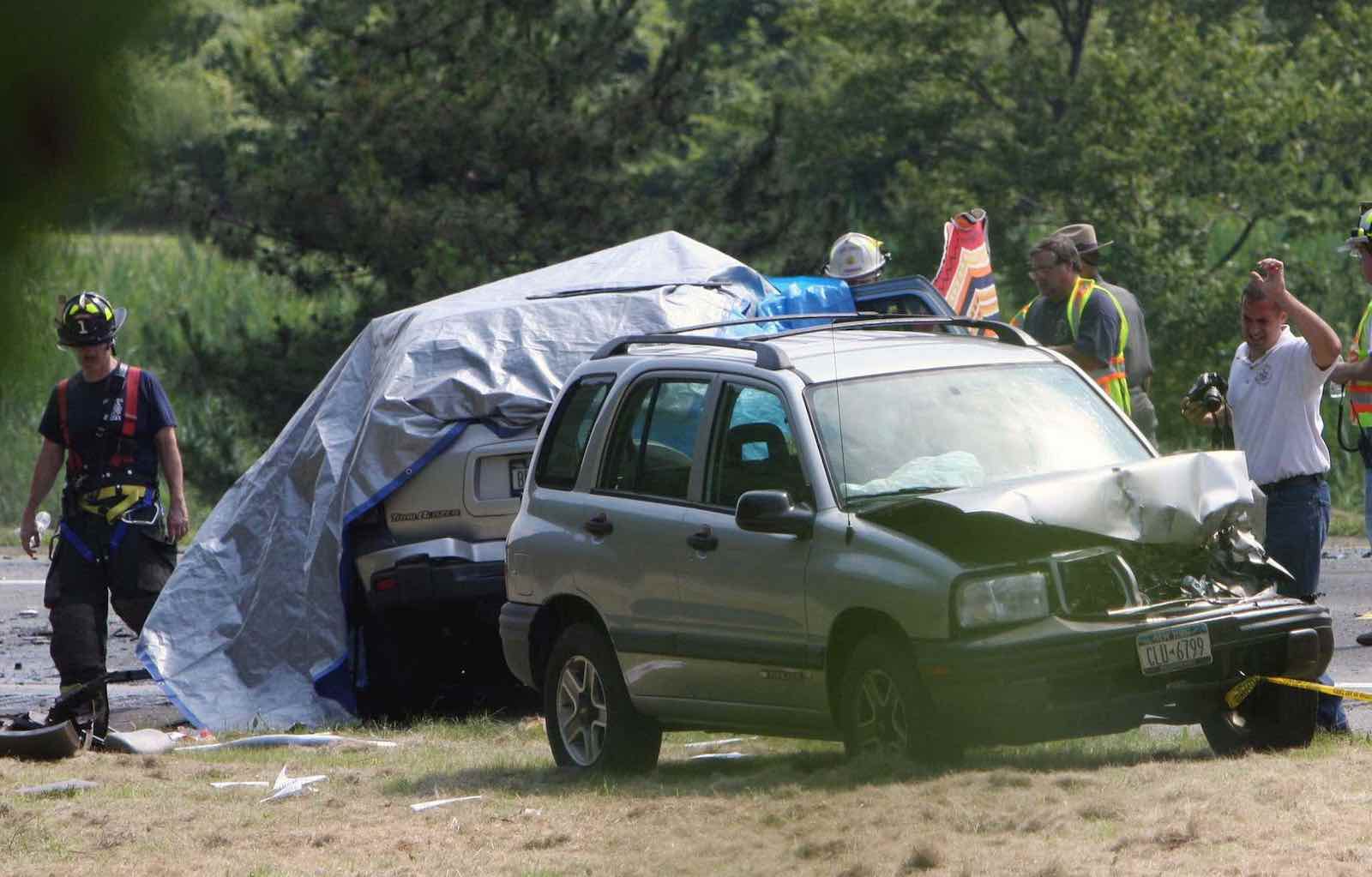 According to the campground co-owner, the gas station employee at the Sunoco, and the employees at the McDonalds, Diana appeared sober, which covers the 9:30am and 11am timeline. Tim Ruskin, an investigator hired by Daniel Schuler, found people who observed Diane carrying on an extended conversation while ordering food.

There was a lot of contention around Diane’s drug and alcohol use. Daniel denied that she drank to excess or smoked marijuana except on occasion to relieve insomnia. Diane’s sister-in-law, however, stated that Diane was a heavy smoker of marijuana. What Daniel and Barbara pushed was that Diane suffered from some sort of stroke or medical issue, which led to her odd and erratic behavior. The medical examiner, however, said that they did not find anything even pointing to that during the autopsy. 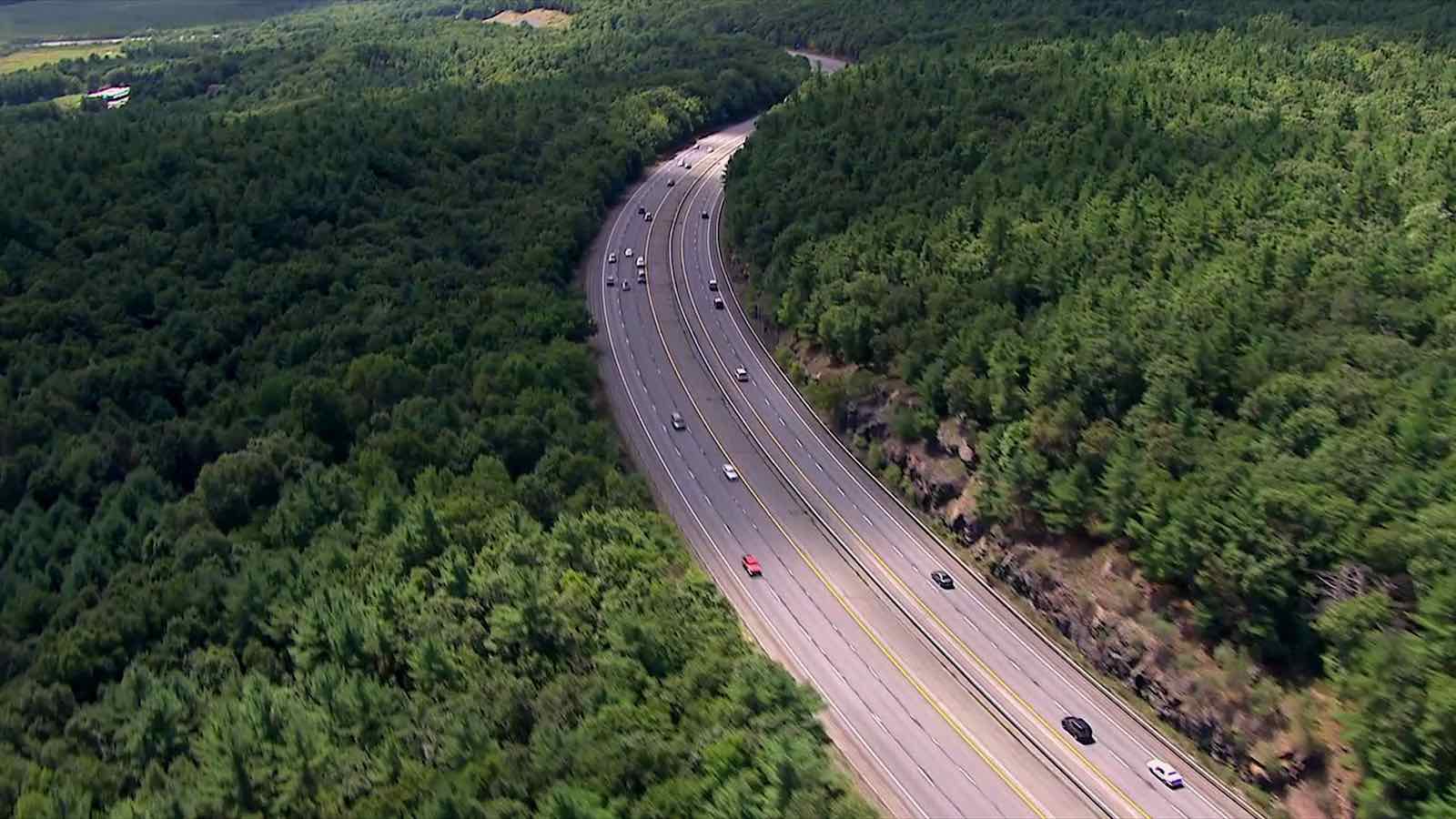 In June 2010, New York State Police released their final report of the incident, which confirmed that Diane Schuler was highly intoxicated by alcohol and marijuana at the time of the collision. 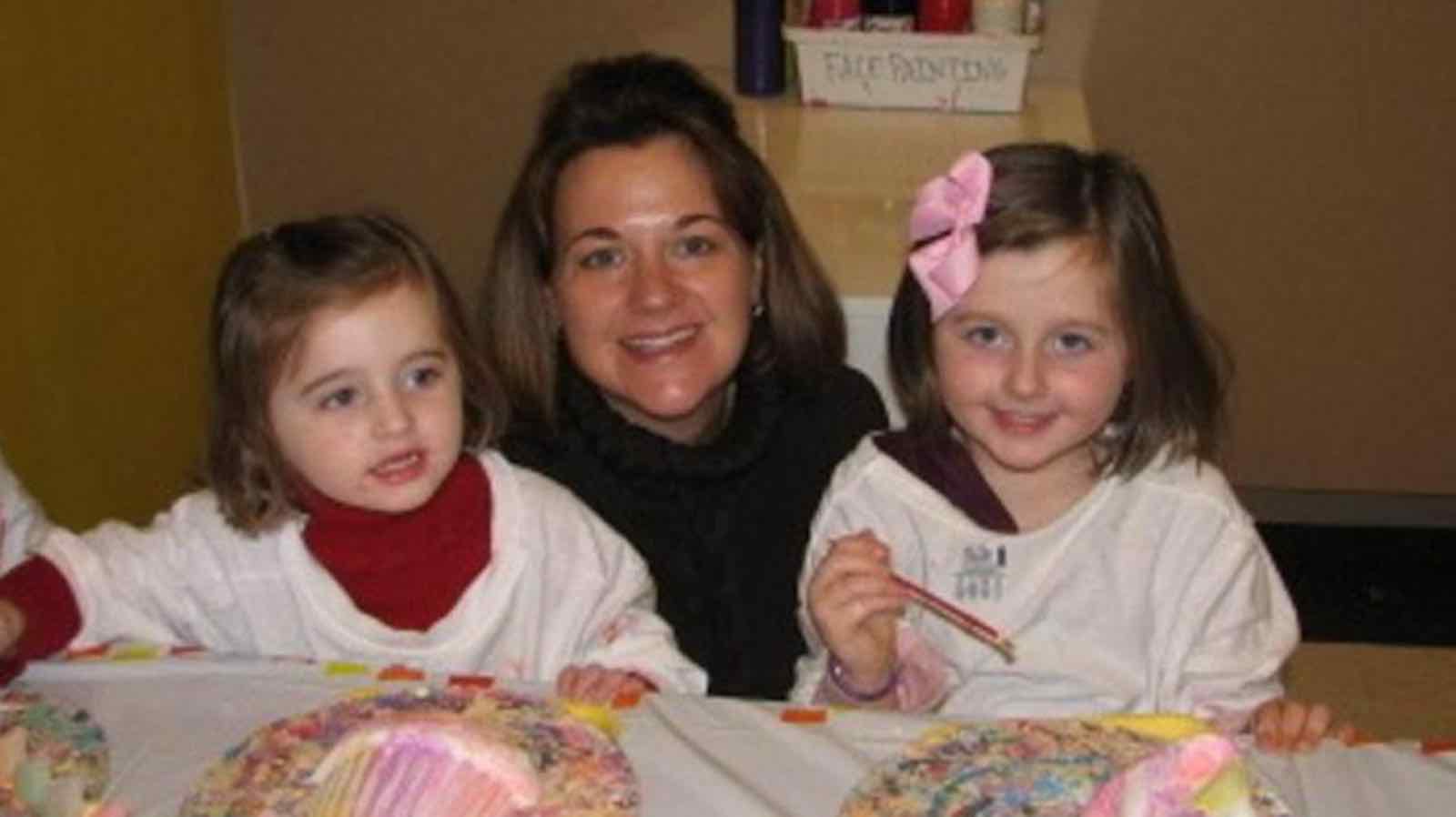 Daniel Schuler’s insistence that his wife was not intoxicated at the time of the collision has drawn criticism, especially from the families of the victims in the Trailblazer. Margaret Nicotina, Bastardi’s daughter, said, “Every time he does it, he brings it back for us. I just wish that he would just admit that she was drunk. Maybe if he knows what happened that morning, if they argued or anything, that would be the truth. He wants the truth. So do we.”

The crash was quickly ruled a homicide due to Diane’s negligent driving. Due to the fact that Diane died, however, Westchester County District Attorney Janet DiFiore said that charges “died with her”. This also drew criticism saying that a grand jury investigation into the crash should have been opened.

The Bastardi family would file a lawsuit against Daniel Schuler and Warren Hance seeking unspecified damages for “wanton, willful, and reckless conduct”. They were required to include Hance in the suit as he was the owner of the van. 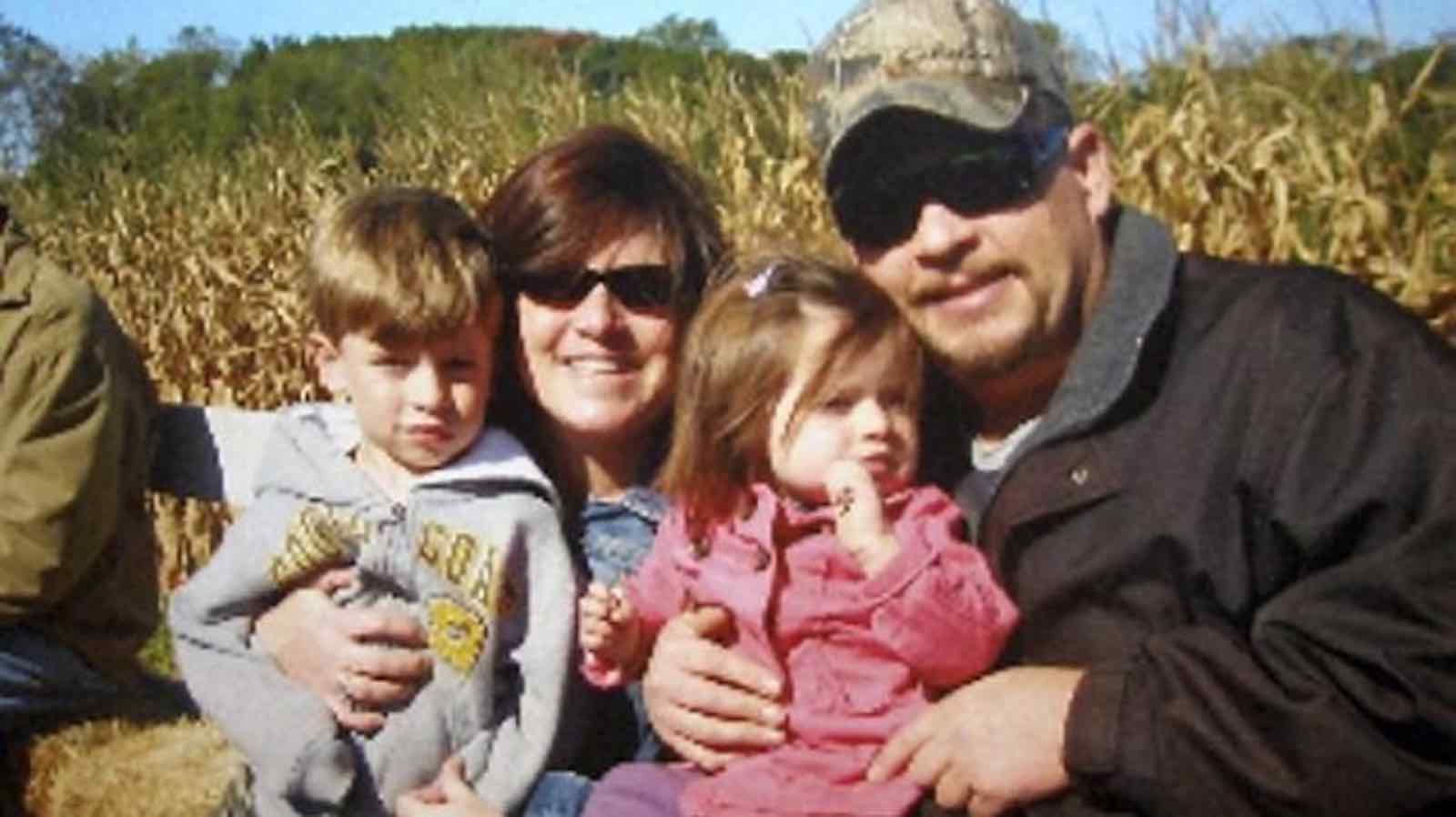 Jackie Hance, the mother of the Schuler’s three nieces who died in the crash, would also file a lawsuit against Daniel Schuler in July 2011. She said that her daughters suffered “terror, fear of impending death, extreme horror, fright, and mental anguish” in the lead-up to their deaths.

Following the premiere of the HBO documentary There’s Something Wrong with Aunt Diane, Daniel Schuler filed a lawsuit against the state of New York for not keeping the road safe and against Warren Hance as he owned the minivan that Diane was driving. By 2014, all the lawsuits were either settled or dropped with the settlements sealed by a judge.

In addition to the legal battles, the Child Passenger Protection Act was passed in New York following the accident. This makes it illegal to drive with a minor under the age of 16 in the car. It’s also known as Leandra’s Law.