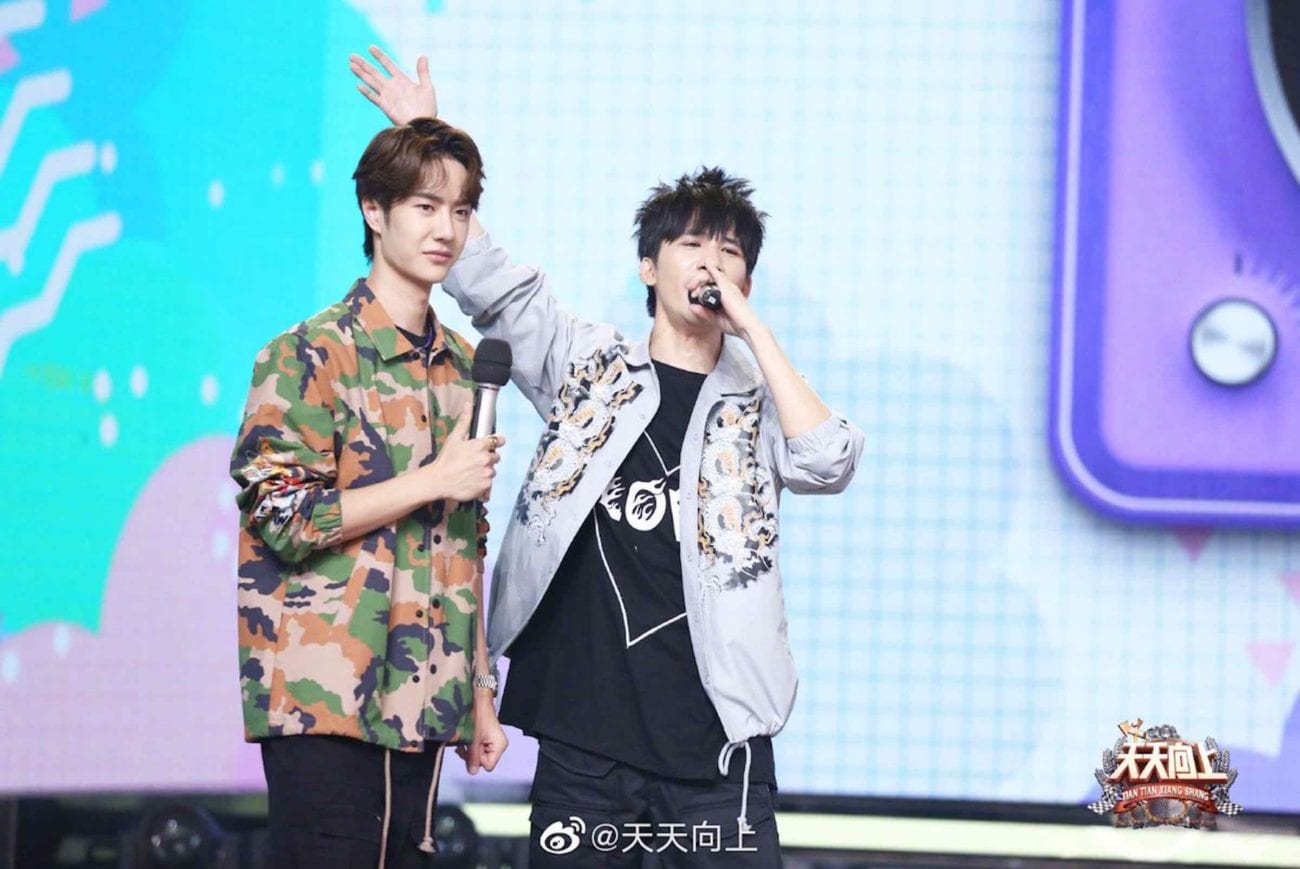 An introduction to Wang Yibo’s variety show ‘Day Day Up’

If you’re like us and you’ve fallen in love with the Asian explosion happening on our screens right now, chances are you’ll know who Wang Yibo is. He’s the heartthrob that starred as Lan Wangji in The Untamed, he also captivated us as Ji Xiang Kong in Gang Your Heart, and made us laugh a lot as Zhai Zhi Wei in Love Actually. We’re in love!

While Wang Yibo has a long list of shows scheduled to air later in 2020, we don’t want to wait that long! We went looking for other places where we could catch the man of the hour on our screen. Fortunately, we discovered that Wang Yibo is a co-host of a popular variety show that airs in China called Day Day Up.

Naturally, we dove right in. The show is highly entertaining & viewers get to watch Wang Yibo participate in the show as himself, rather than a scripted character he is acting out. We thought we loved him before, but after diving into Day Day Up, we just can’t get enough. Here is everything you need to know about Day Day Up & why you should be watching too. 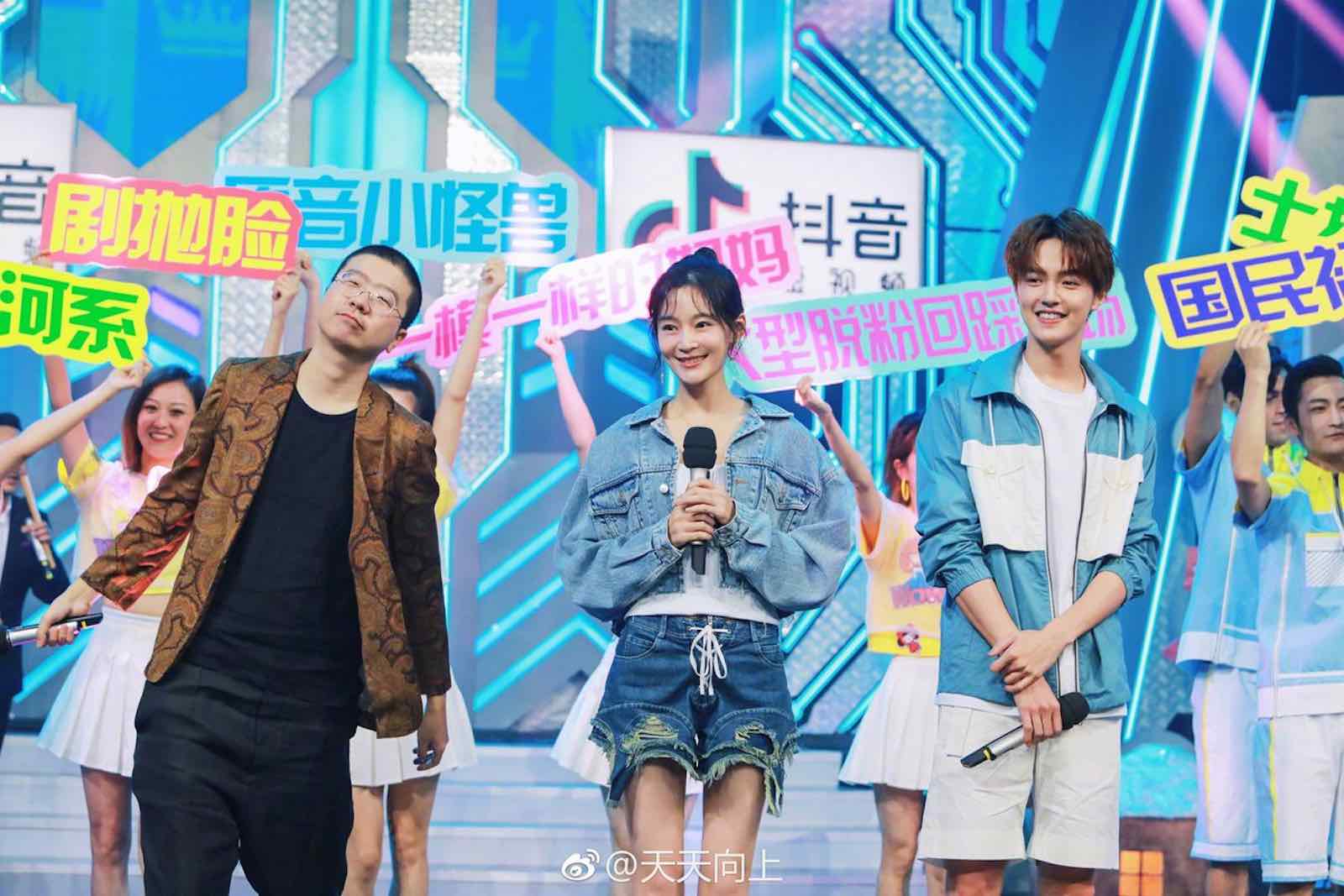 This show has been on the air in China since 2008 and was originally created to broadcast and promote traditional Chinese values & promote harmony in Chinese society in light of the Beijing Olympic Games. The show became so popular, it is still running today.

The Chinese title of the show “Tiantian Xiangshang” (天天向上) comes from the old saying, “Study well and climb higher everyday or study hard and you will improve everyday” (好好学习，天天向上; Haohao Xuexi, Tiantian Xiangshang).

The show has five main hosts, all men with a wide variety of backgrounds and talents. The segments & issues the show focuses on does an impeccable job of capitalizing on the talents of each individual host to ensure peak entertainment. 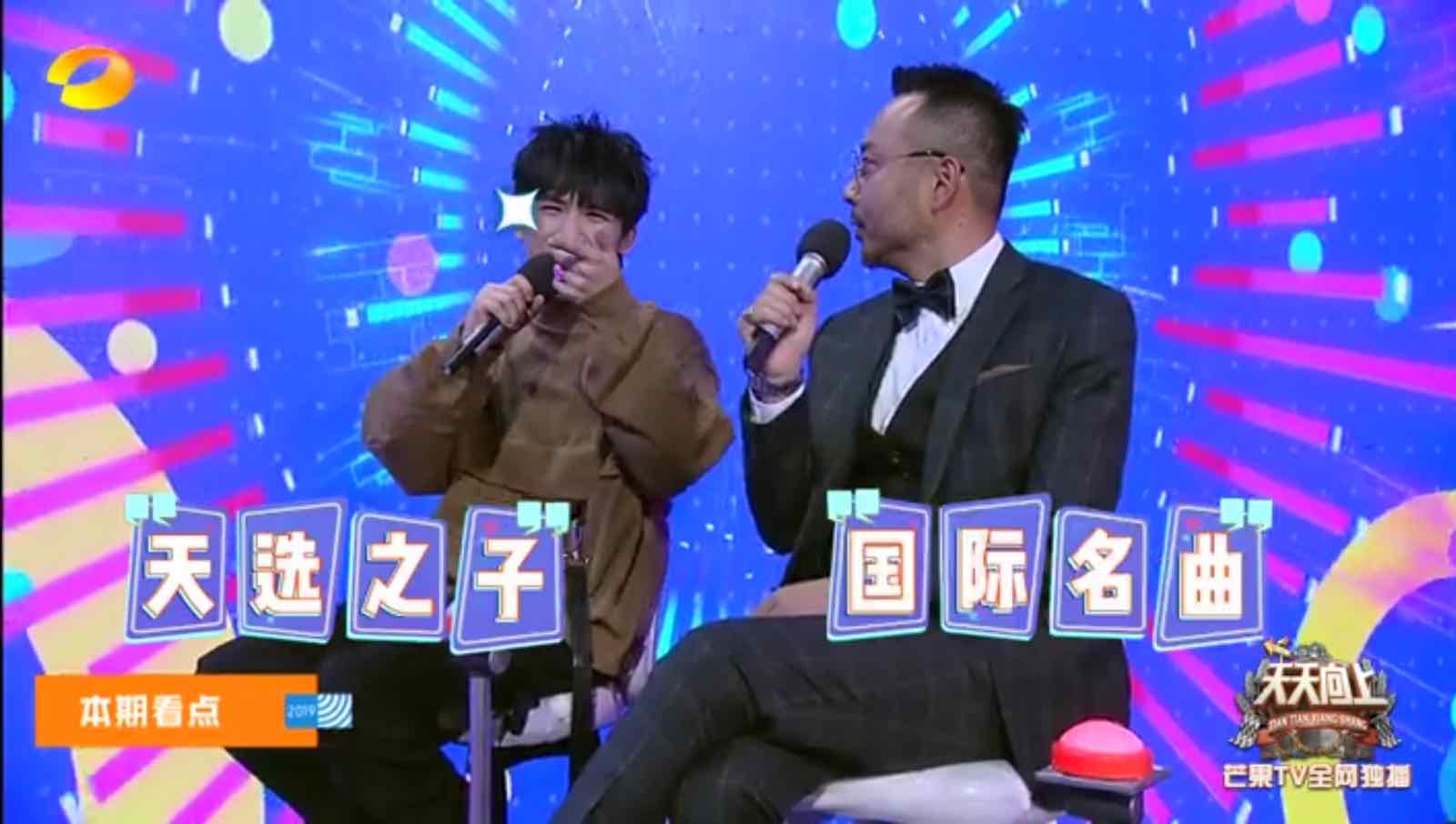 Wang Han graduated from Hunan Radio Television College in 1996 and has worked for the Hunan Broadcasting System, the company responsible for Day Day Up, for over 20 years now. Clearly, he has had an incredibly successful broadcasting career with the company. People love him on Day Day Up, and often cite the paternal relationship that often plays out on screen between himself & Wang Yibo as a reason to continue watching.

Wowkie Zhang, also known as Da Zhang Wei, had quite a successful music career before joining the cast of Day Day Up. He was a member of China’s first teen band, The Flowers, from 1999 until 2009 when the band disbanded. Since then, he has enjoyed a successful solo career. His musical talents are utilized often on Day Day Up. 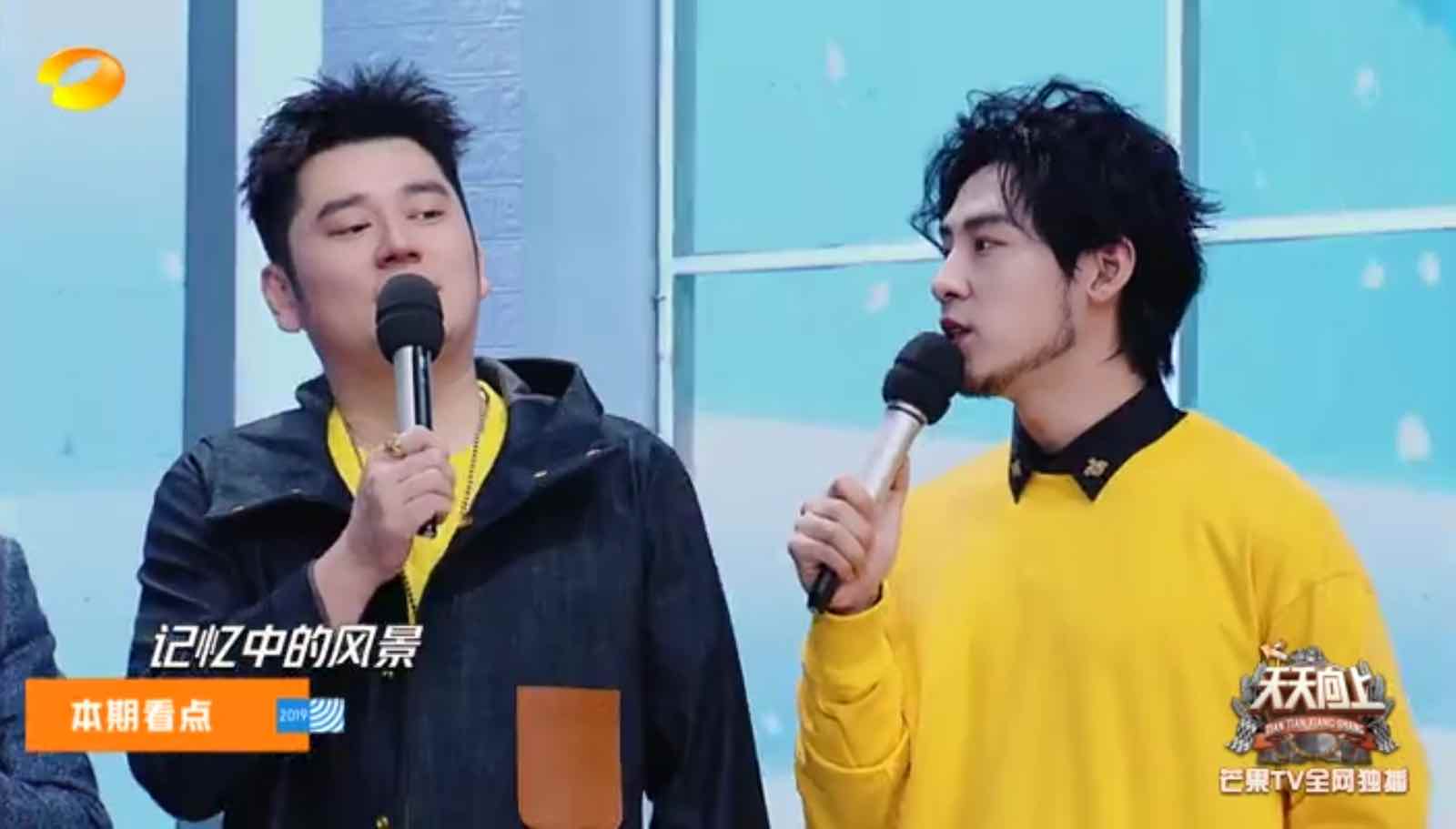 Wang Yibo is the youngest of the crew, but that doesn’t make him any less accomplished. He burst onto the entertainment scene as part of a K-Pop ensemble, UNIQ when he was just a teenager. Since then, he has starred in several successful television dramas in China, and established himself as a singer/rapper & exceptionally talented dancer.

Qian Feng has hosted several other variety shows in China over the years and has also started in a couple of different dramas as both supporting and leading roles. Finally, other than his role on Day Day Up, very little is known about the final co-host Gao Tianhe. We do enjoy watching him dote on Wang Yibo, though! Their relationship is adorable. 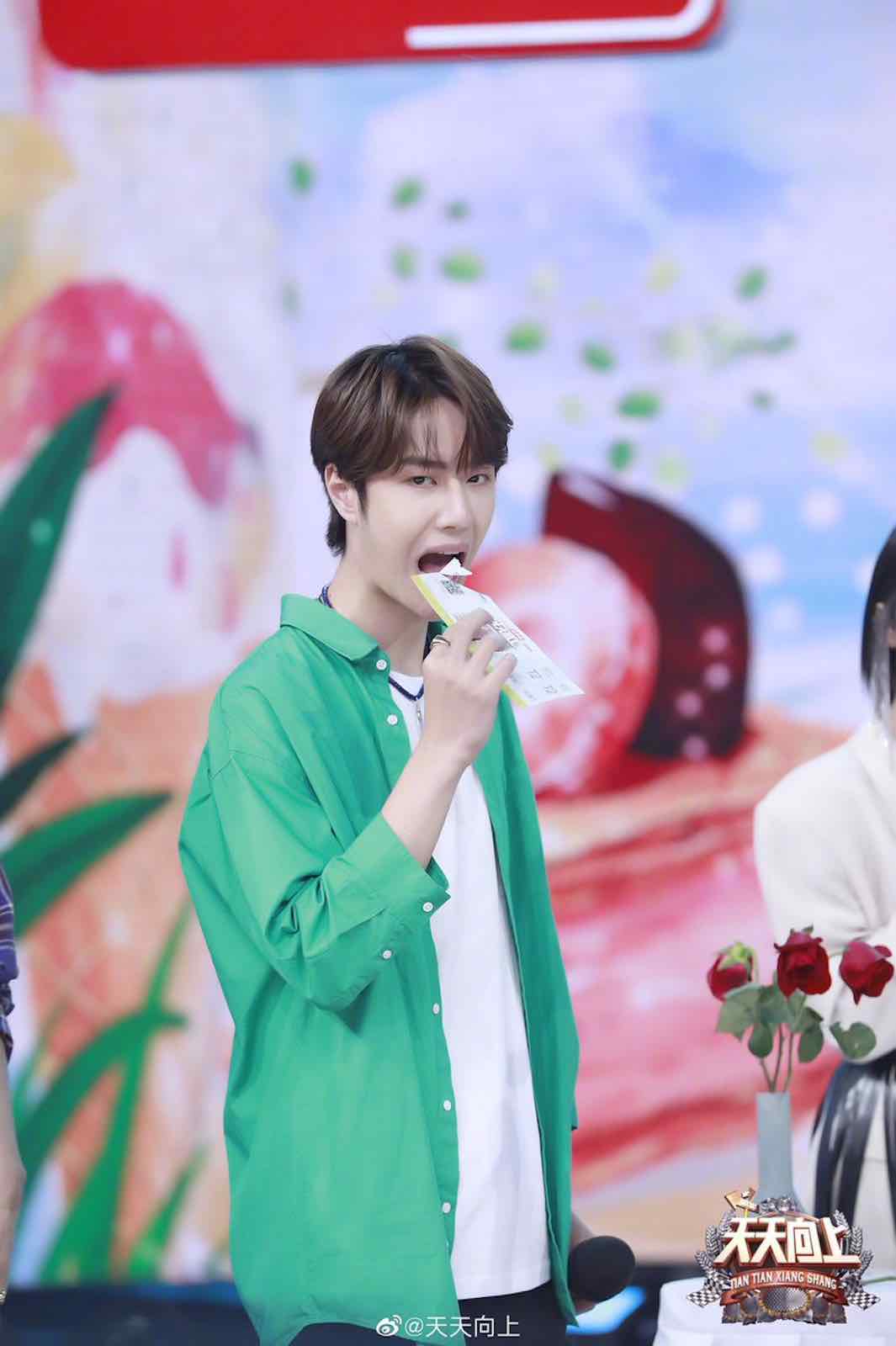 So why should you watch this show? Well, you’ll get to see Wang Yibo in his natural habitat being Wang Yibo often. They capitalize on his dance skills frequently and you’ll see him sing & rap pretty often too. However, although we showed up for Wang Yibo, we stayed for the shenanigans embedded into the segments.

They have dating segments, cooking segments, workout segments, other kinds of physical challenges and more. Imagine Wang Yibo operating an excavator to pick out rubber duckies from an indoor “pond”. Wang Yibo brandishing a cleaver and slaughtering a bunch of unsuspecting cucumbers. Wang Yibo rapping about motorcycles. We think you get the idea.

All the hosts bring something different to the table, through their professional experiences and their differing personalities. Laugh-out-loud hilarity always ensues. 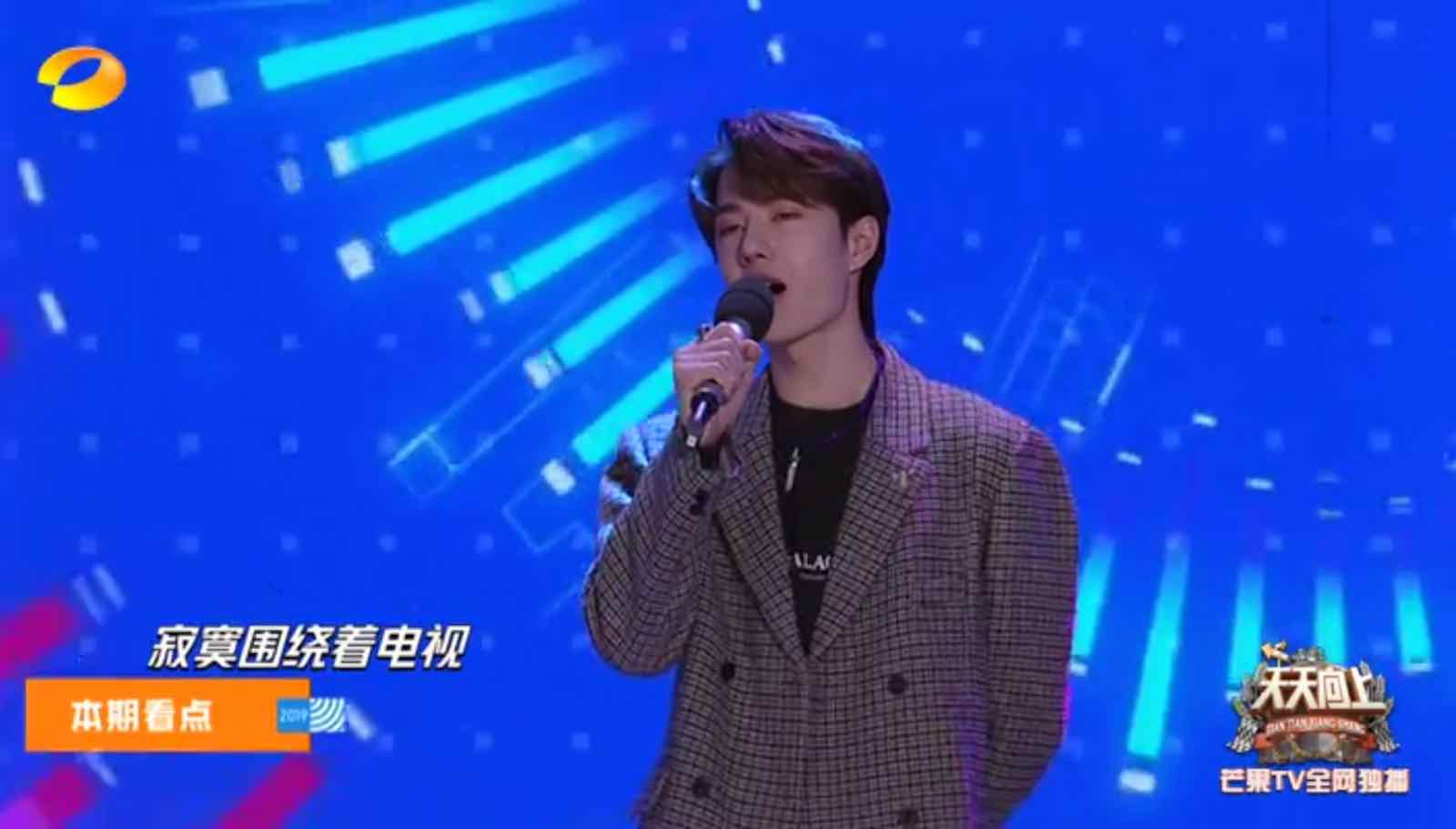 Where can you watch Day Day Up?

They have now started subtitling the episodes in a variety of languages for international audiences. There are some episodes that are subtitled available on YouTube, however, a full list of their episodes are available through the MangoTV app. In order to access the subtitled episodes, one needs to subscribe to their VIP section.

In the event that you don’t want to pay for the viewing service, there are enough older episodes available on YouTube. However, the more popular, high profile Wang Yibo episodes are now reserved for their VIP members only. This includes an exclusive episode where Xiao Zhan, Wang Yibo’s co-star from The Untamed, guest stars alongside Wang Yibo.