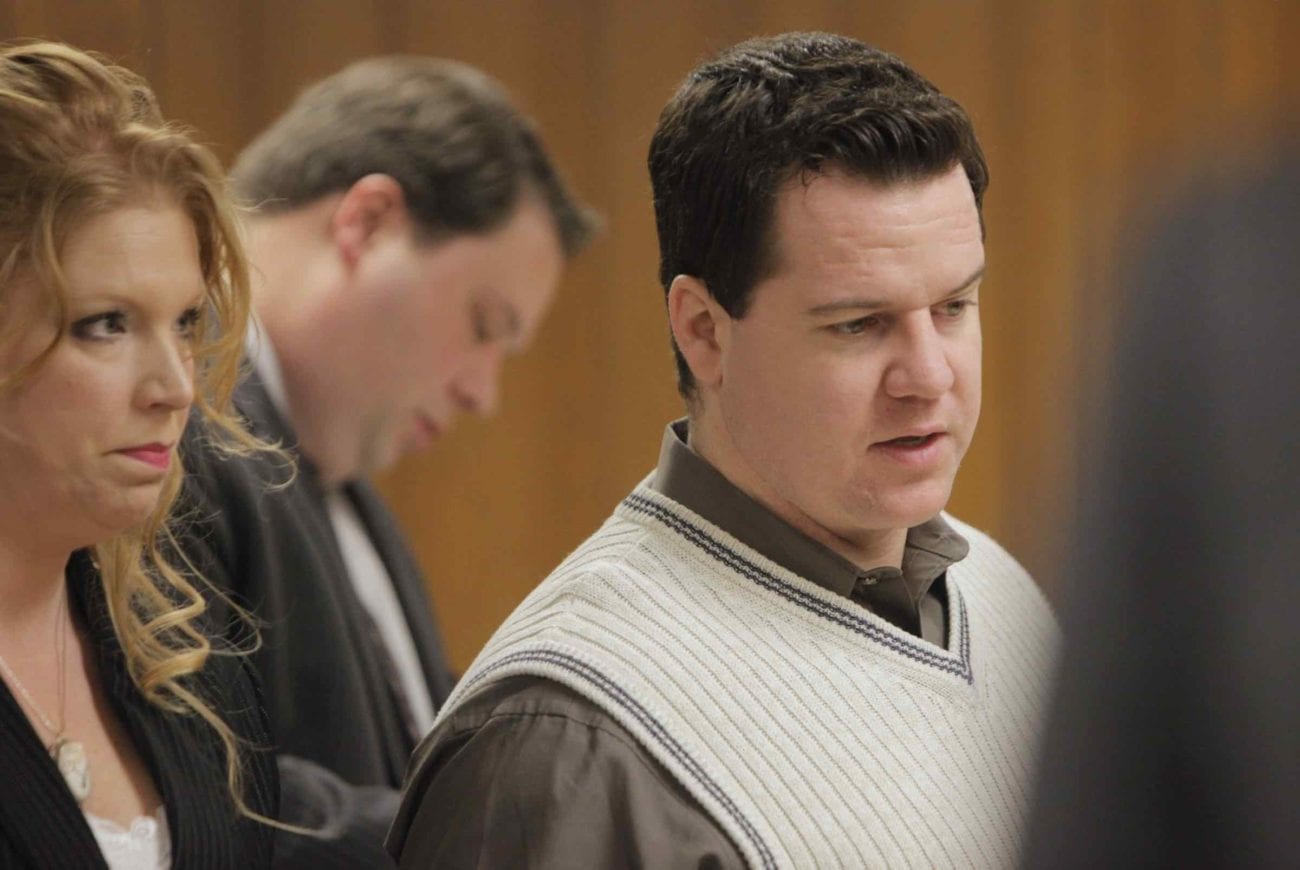 NBC’s ‘Dateline’ “Finding Venus”: What was the fate of the young mother?

One of the amazing superpowers of Dateline NBC is its ability to find some of the weirdest twists in their real-life crime stories. The heartbreaking story of Venus Stewart is a perfect example. While on the surface, the mother’s disappearance doesn’t seem particularly captivating, the story is definitely full of some craziness.

A young mother of two, Venus Stewart disappears when stepping out to pick up the mail. The circumstances around her disappearance lead police to immediately investigate, rather than wait the standard 24-48 hours. Venus is never seen alive again, and Dateline NBC swoops in to share the wild story of her vanishing. 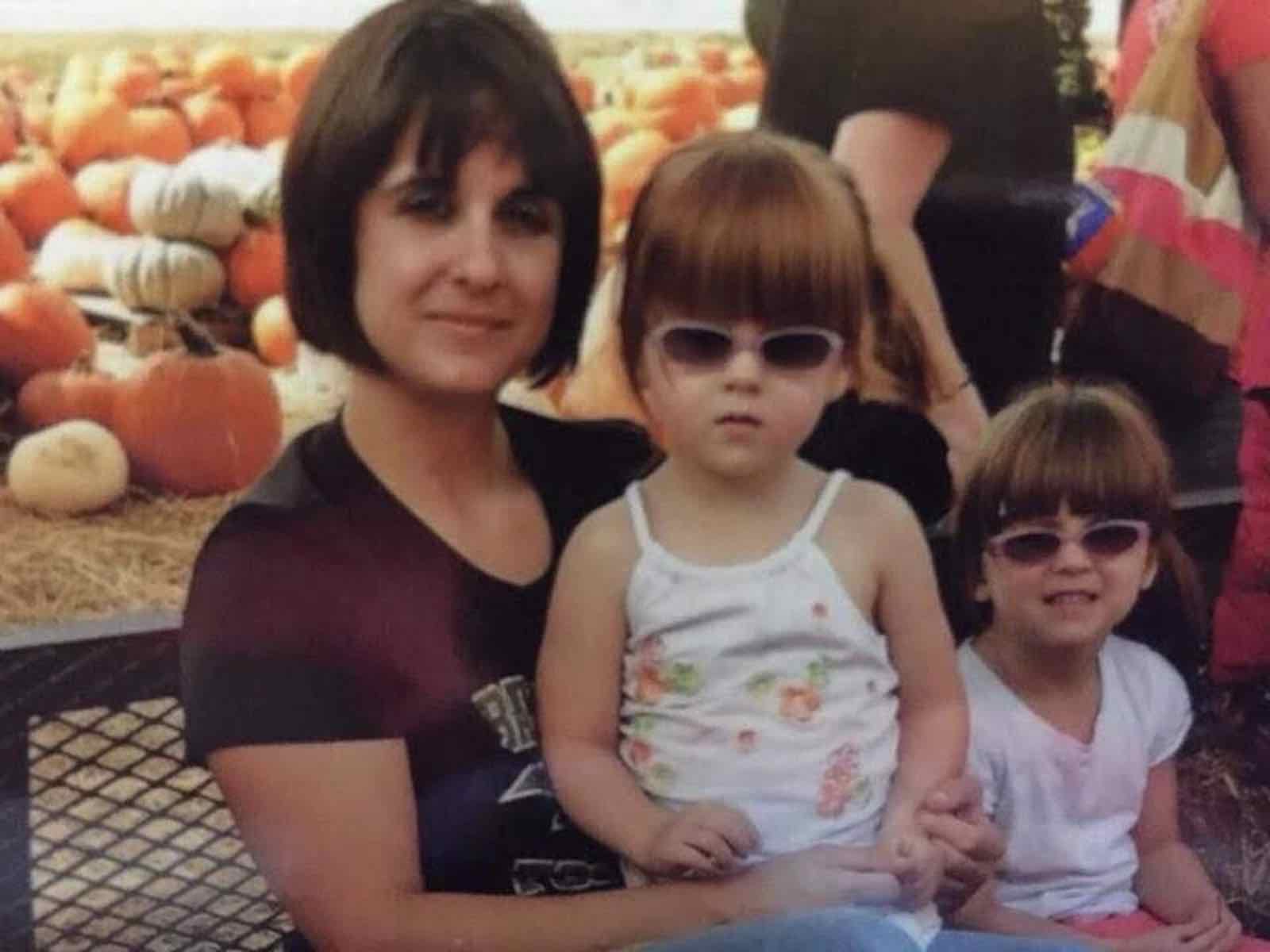 Venus Stewart met her husband Doug and the two fell instantly in love. Only four days later they were married, with Doug telling Dateline NBC that their third date was their wedding.

A former marine, Doug claims that Venus had convinced him to leave the military, as she was concerned for his safety when deployed. Complying with his wife’s needs, Doug left the marines, and took a job at Applebees, while Venus worked at a local bank. 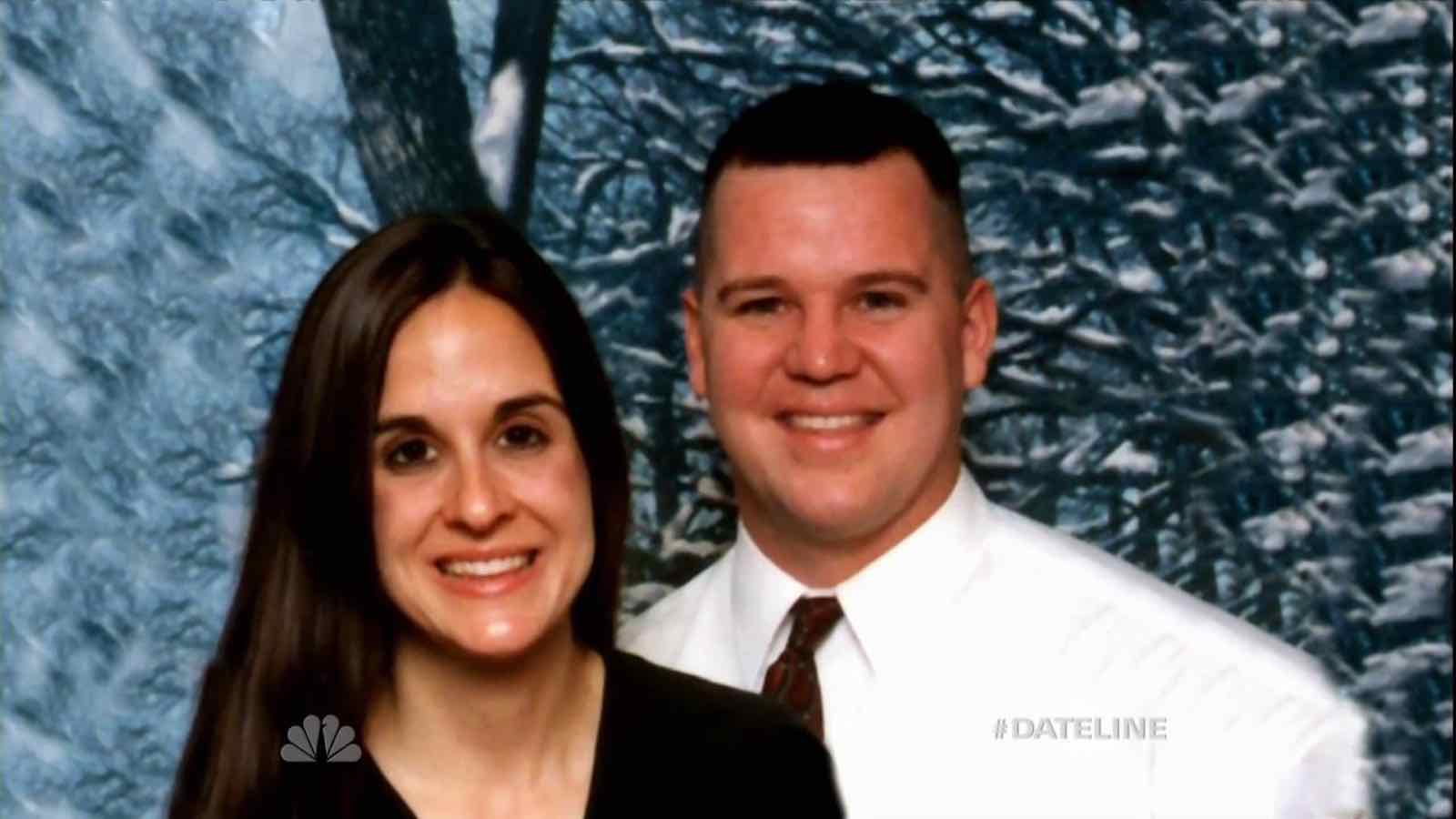 As the couple started a family, Venus’s salary at the bank was sustaining their income, so although she really wanted to be a stay at home mom, Doug ended up becoming the full-time caretaker for their two daughters.

Doug tells Dateline NBC that Venus decided that their family needed to move somewhere that was more kid-focused, so they relocated to Newport News, VA, and Doug took a job as a truck driver.  Doug’s new job gave Venus the opportunity to be home with the children more, but it didn’t solve their marital problems. 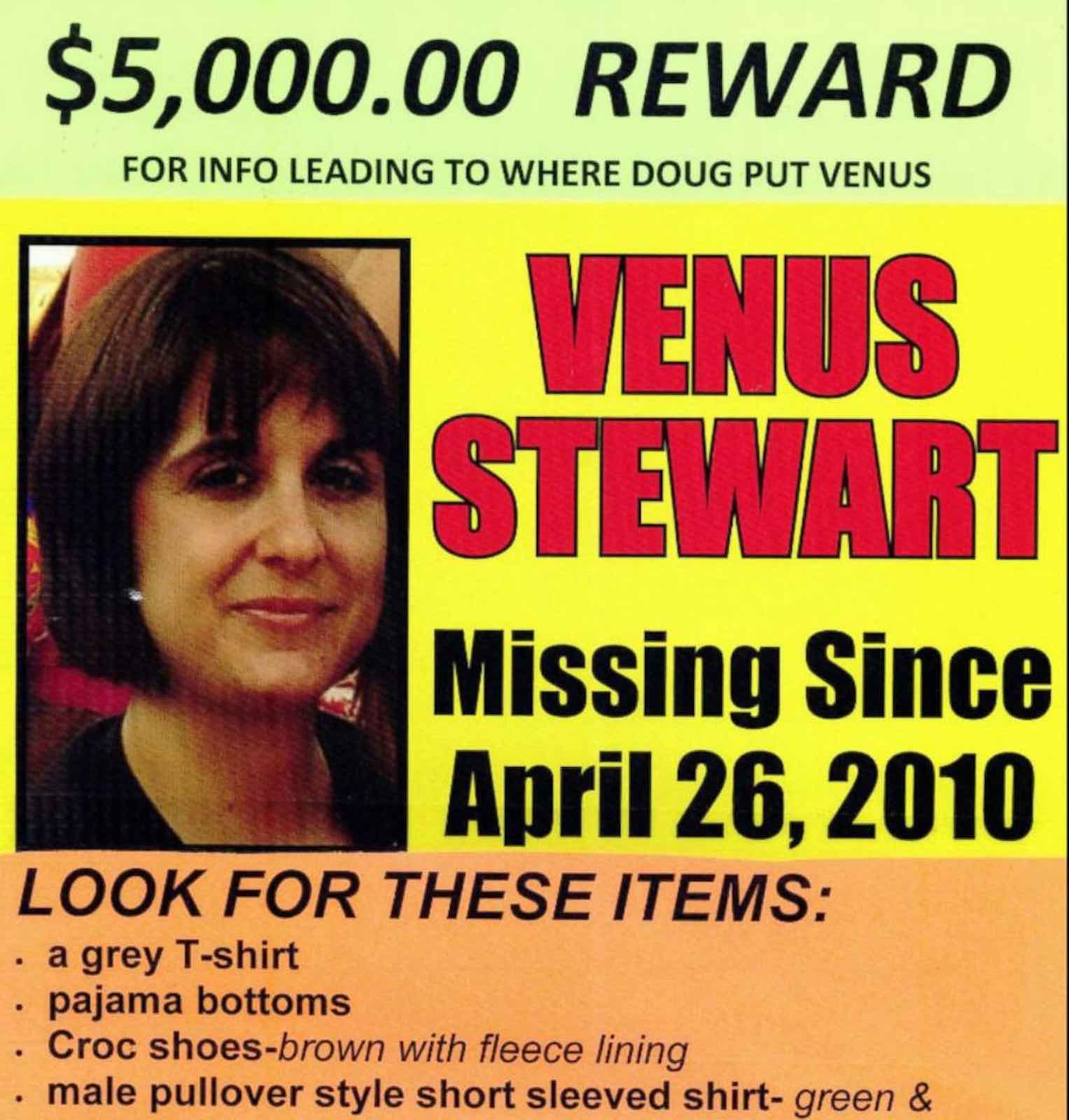 Venus leaves Doug, but she knows she’s not safe

While we only have Doug Stewart’s interviews with Dateline NBC to testify as to what was happening in their marriage, we do know that Venus left their home in Newport News, VA. Packing up the couple’s two children, and their dog, Venus swung by the police station on her way to her parents’ home in Michigan.

Two months prior to her disappearance in Michigan, Venus filed a complaint against Doug in Virginia, and when the police told her they couldn’t take action, she left town.

We know that Venus felt unsafe around her husband, and she reportedly told her father just the night before she vanished that she was afraid Doug would try to kill her. Venus accused Doug of both domestic violence and molesting their daughter. Only two weeks before she disappeared, she was awarded custody of their daughters. 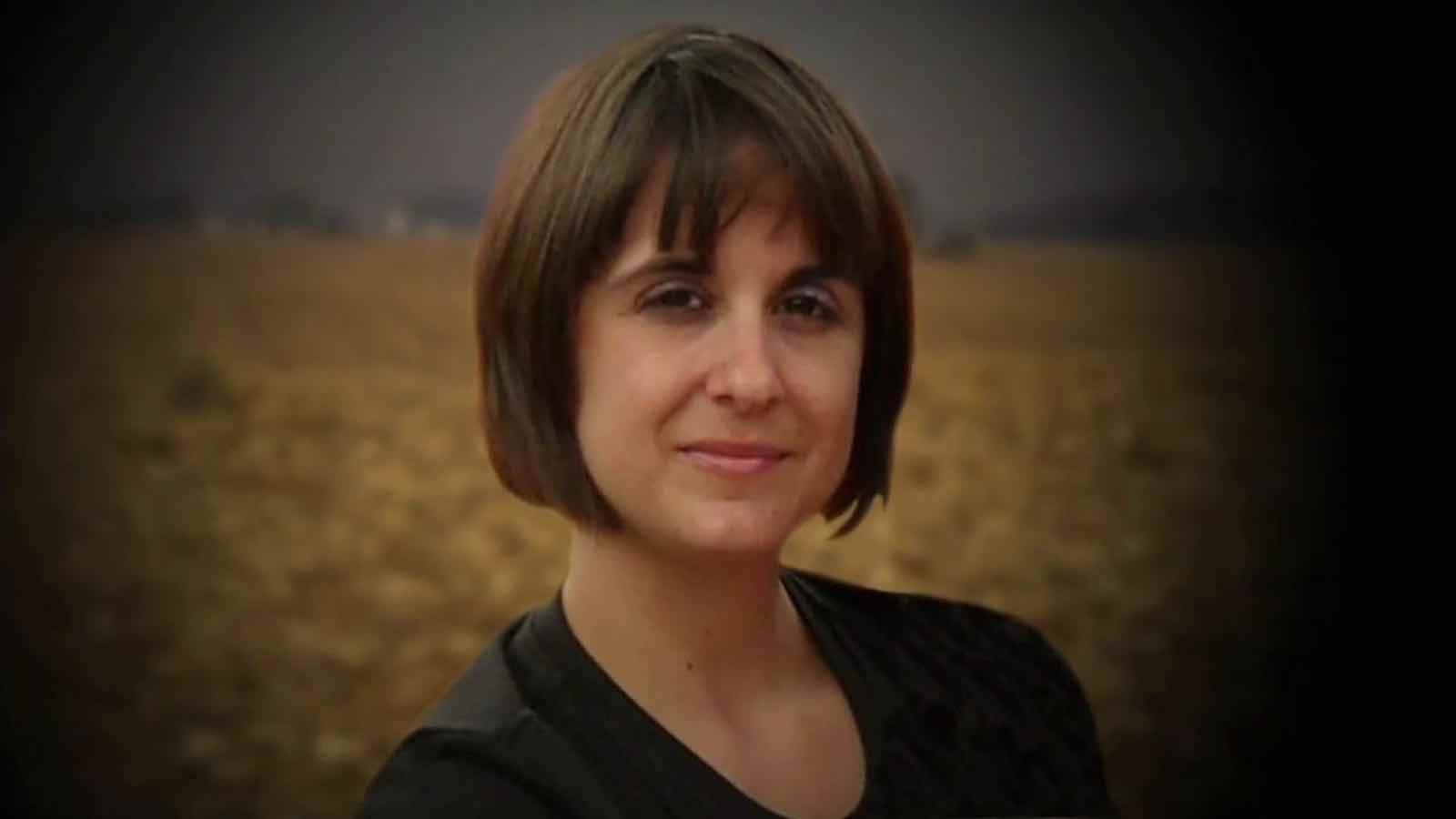 On April 26th, 2010, Venus ran outside of her parents’ home, still in her pajamas, to check the mail, and disappears. Dateline NBC reports that her father calls the police, and they immediately begin investigating for foul play, based on the circumstances around her disappearance. One key piece of evidence includes the wrapper for a tarp found in the family’s driveway.

The police don’t hesitate to track down Doug Stewart. However, Venus’s husband has a pretty strong alibi, as the admin team at his lawyer’s office in Virginia confirmed that he came in on the day of the murder to pay a bill. Unconvinced, the police get a search warrant for Doug’s home and car. Amidst the car’s pile of garbage, the police find the clue they’ve been waiting for. 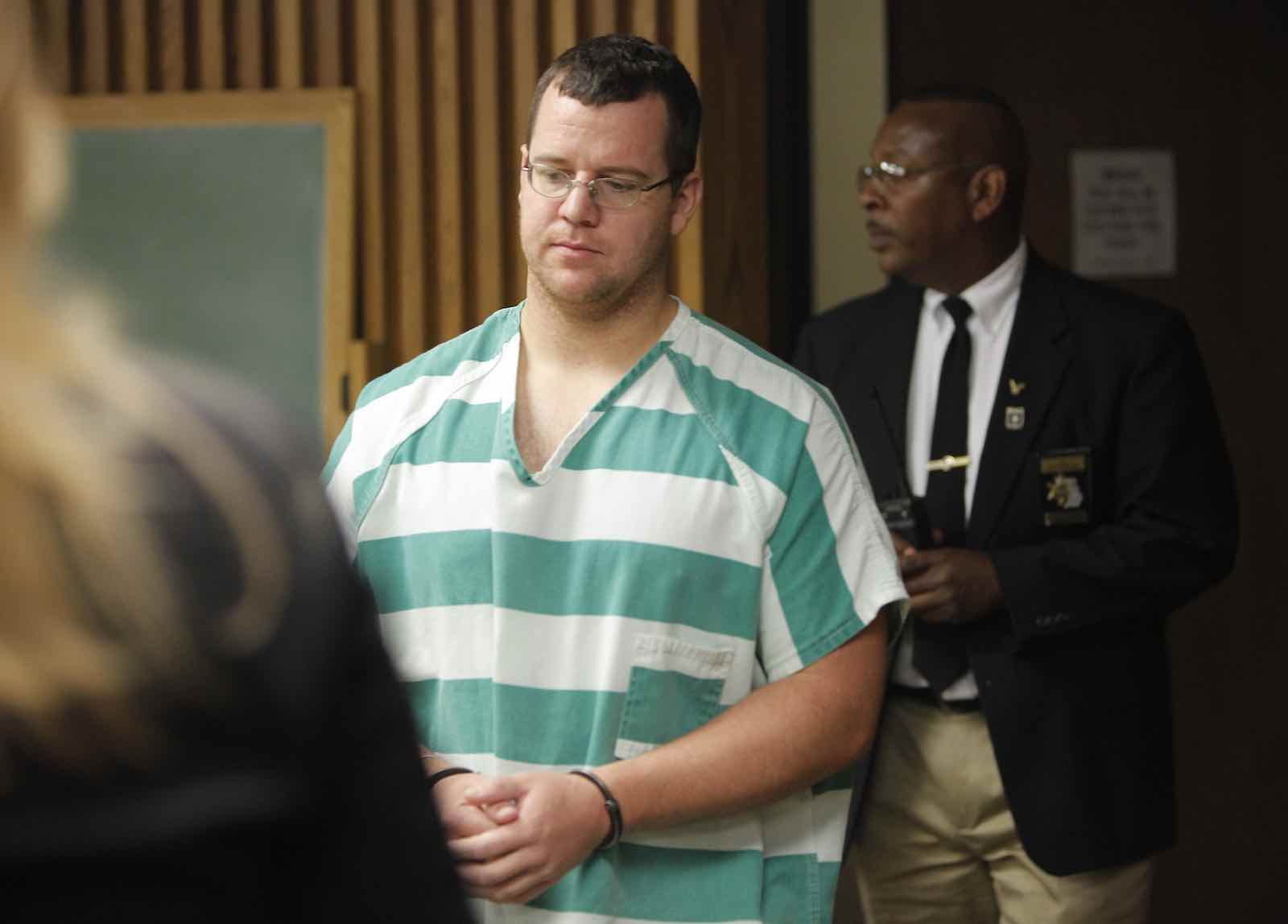 Dateline NBC reports that the police are almost giddy with the discovery of a Walmart receipt in Doug Stewart’s car. What did Venus’s estranged husband purchase? A hat and gloves, a shovel, and a tarp. Essentially, he bought a murder kit and then left the receipt in his own car.

Emboldened by their discovery, they reinvestigate Doug’s alibi, only to find that the lawyer’s office isn’t completely confident that the man who came in claiming to be Doug on April 26th was actually Doug. Wearing a hat pulled down low over his face and glasses, the man making the payment as Doug seemed to be in an awful hurry, and they never completely saw his face. 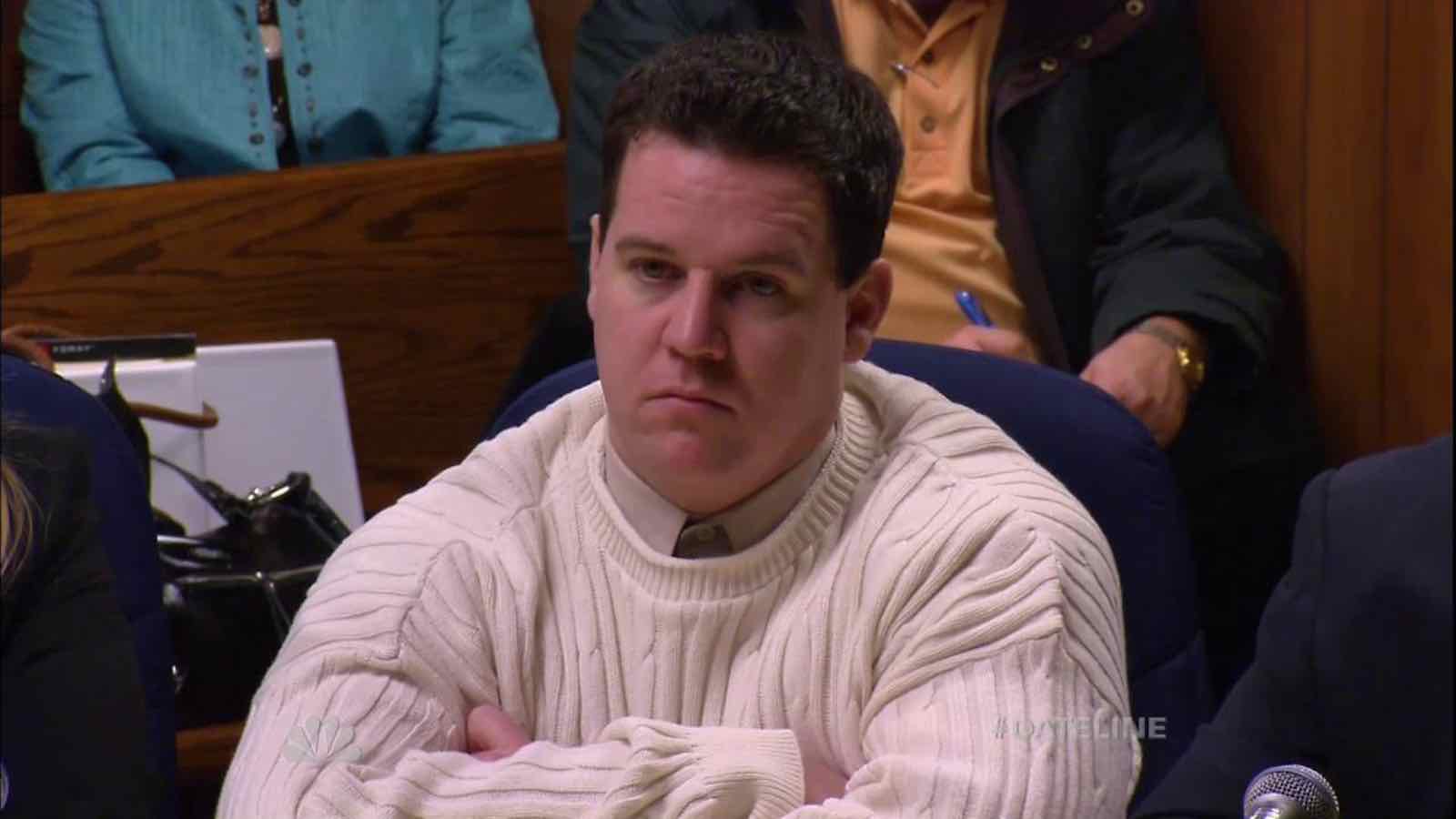 Dateline NBC shares that the police were confident Doug Stewart was the key to Venus’s disappearance, but they knew he had help. Luckily our careless criminal’s phone records took them right to the source.

An avid gamer, Doug’s free time was mainly spent on his Xbox, with his Xbox Live account allowing him to connect with gamers all over the country. Doug managed to form a particular bond with 20-year-old Ricky Spencer. The young gamer and Doug became extremely close, and Ricky ended up spending his college’s spring break at Doug’s home in Virginia. 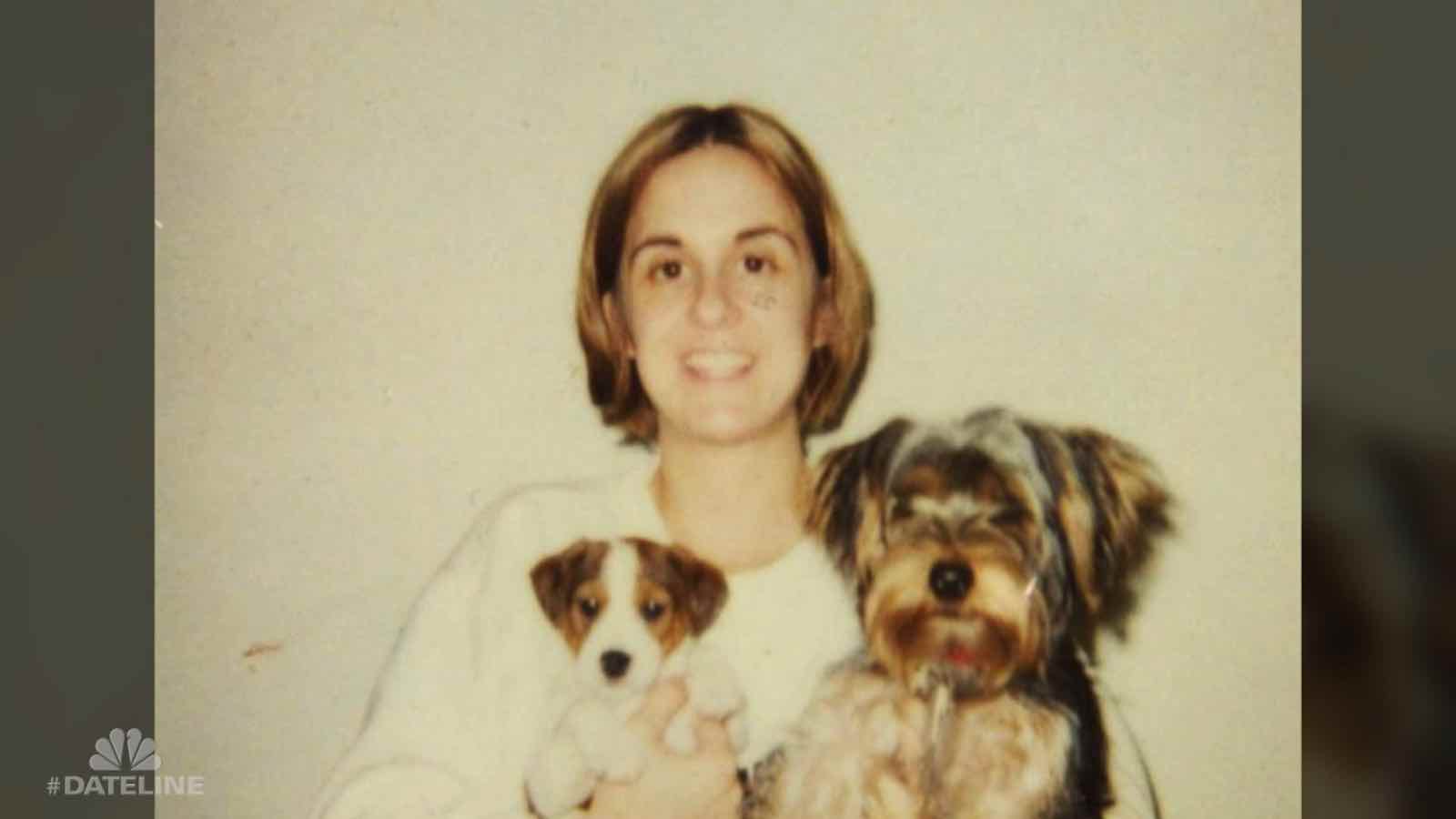 A conviction with no closure

With Ricky Spencer serving as the key witness, Doug Stewart is convicted of murdering Venus Stewart, the mother of their children. Breaking down in tears on the stand, Ricky tells of the call he got from Doug on April 26th, 2010.

Dateline NBC shows Ricky on the stand, relaying the details of the call, where Doug told Ricky that he strangled his wife, and needed to bury her next. He sent Ricky, slightly disguised, to make the payment at his lawyer’s office that would serve as his alibi. Ricky was also instructed to use Doug’s credit card and drive around in Doug’s car.

Despite being sentenced to life in prison, Doug never admits to murdering his wife, claiming that there’s no proof that she never left under her own volition. 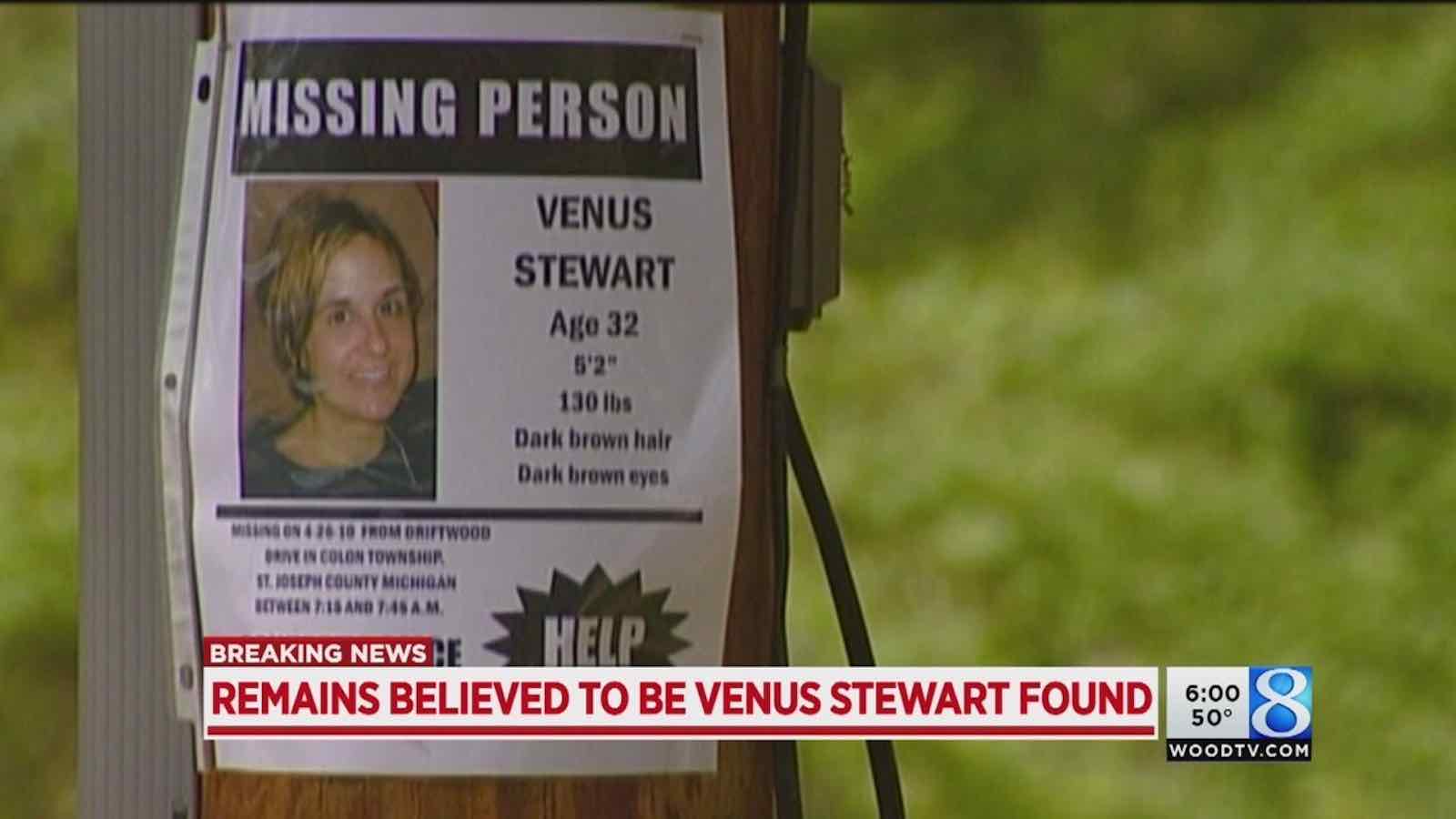 The Xbox seals the deal

Eight years after Venus Stewart’s disappearance, seven years after her husband’s conviction for her murder, Venus’s body was still missing. Doug’s sister, Jamie could never shake the guilt over introducing her brother to Venus, knowing in her heart that Doug had killed her friend. She finally confronted Doug and told him it was time to reveal where Venus’s remains were buried

Dateline NBC clarifies that it wasn’t until Doug had exhausted all of his appeals that there was any movement towards discovering her body. He gave detectives a list of what he needed in order to take them to Venus’s body. On that list, an Xbox, where it all began. 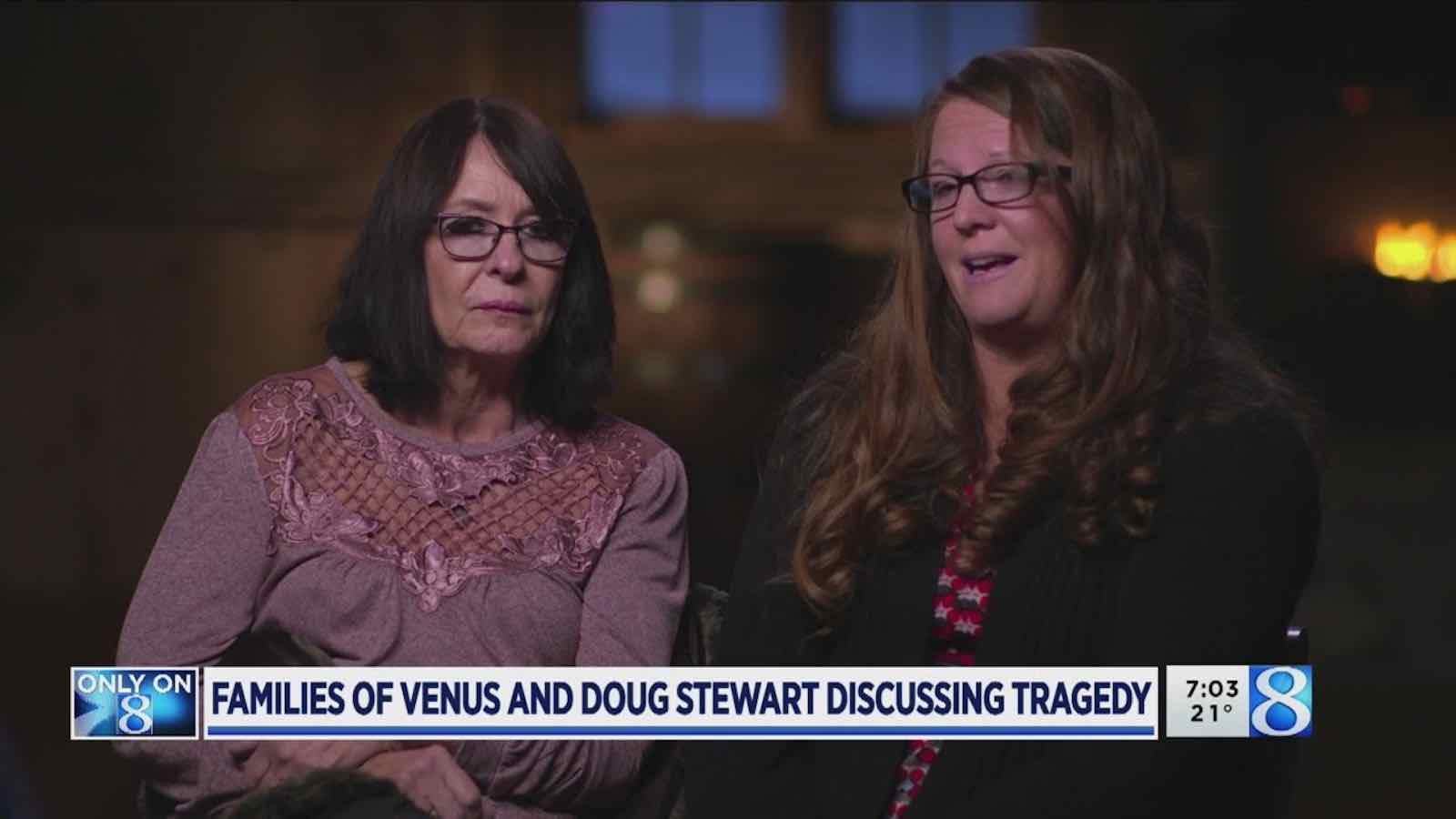 With his requests mostly fulfilled, Doug finally brought investigators to his wife’s body, and finally fully confesses to her murder. While claiming that he never planned to kill her, he also clarified that he knew exactly where he was going to bury her body.

Venus’s remains were found exactly where Doug showed investigators that she would be, and hopefully, her family finally finds some comfort in knowing her fate. Doug’s sister and Venus’s mother tell Dateline NBC that they have renewed their friendship despite the tragedy they have endured together.