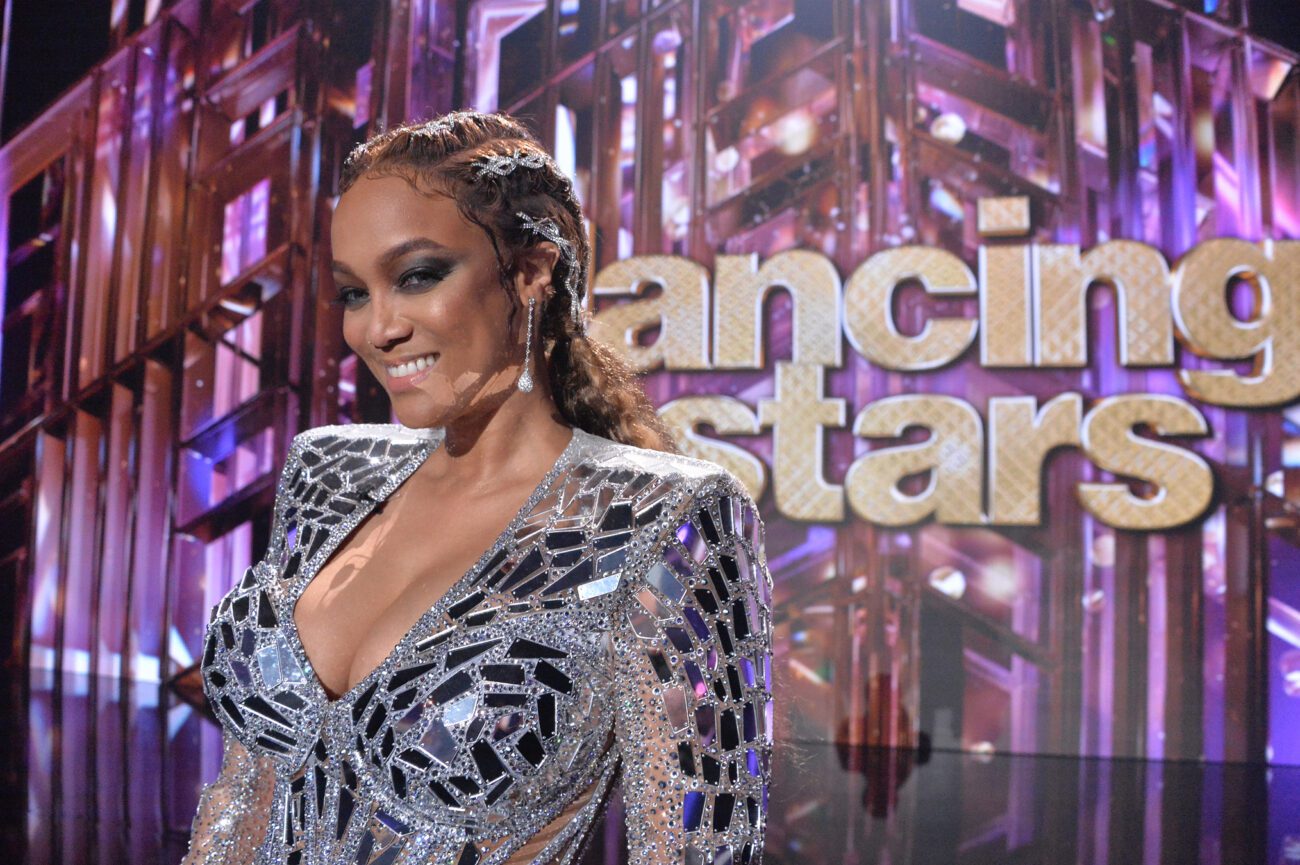 Why do people hate Tyra Banks’s dress on ‘Dancing with the Stars’?

ABC’s Dancing with the Stars kicked off its 30th season just two weeks ago, revealing a slew of surprise celebrity dancers as well as their professional partners. Dancing with the Stars, which first debuted back in 2005, has an impressive lineup this season of stars all set on winning the Mirrorball trophy, including a WWE wrestler, a former Spice Girl, a real housewife, a fitness guru, and a Cobra Kai star.

However, ever since the surprise dismissal of longtime host Tom Bergeron, perhaps best known for his work on America’s Funniest Home Videos, as well as ESPN sideline correspondent Erin Andrews, much of the Dancing with the Stars focus has been on new host Tyra Banks, who made her debut last year during a COVID season. Early reviews came in the week for the former supermodel, but where does she stand now?

For many, Tyra Banks is one of America’s sweethearts, giving her time starting in beloved movies such as Life-Size and Coyote Ugly as well as once leading her own daytime talk show. However, her run as the Dancing with the Stars host has been lukewarm, given her constant mistakes as well as odd fashion choices. Do we think these fashion choices are actually Banks’, or the producers’? Let’s see the controversy. 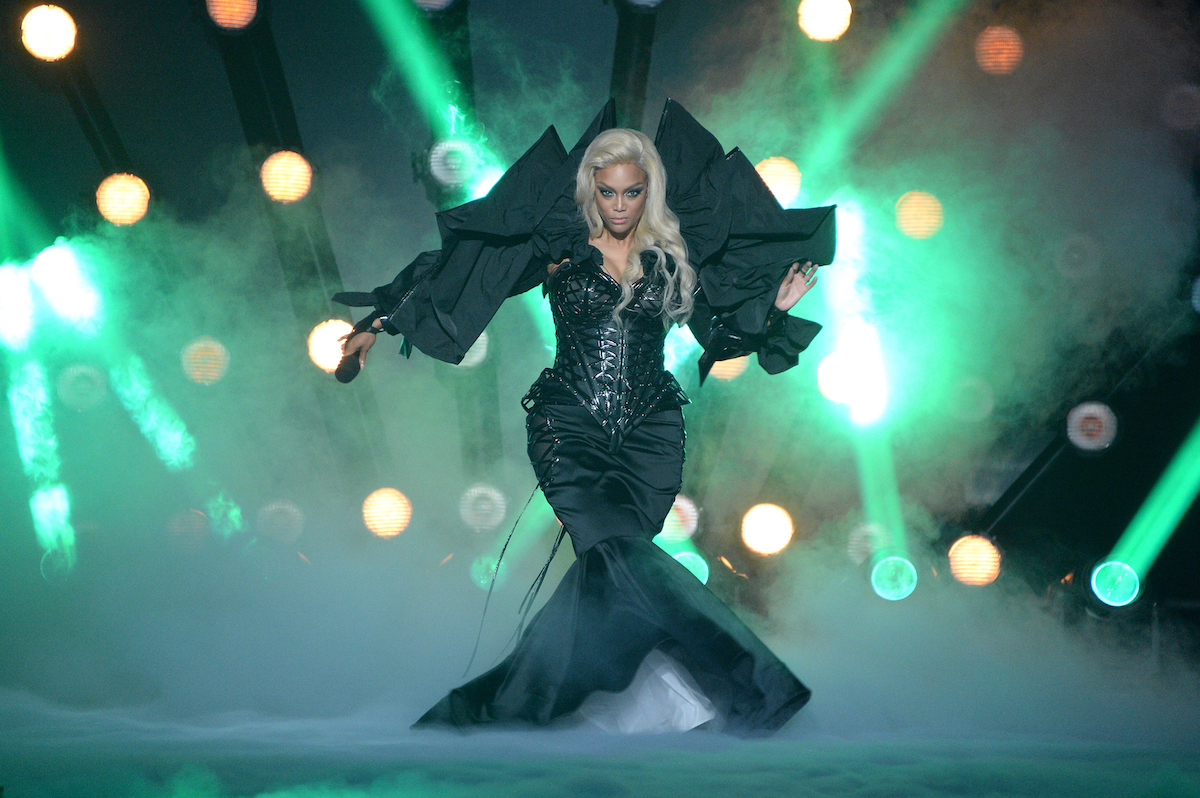 Two weeks ago premiered the 30th season of the hit dancing competition series Dancing with the Stars, the show that has slowly grown in popularity throughout the years. This season is no exception to surprising & exciting guests, for not only did this season of Dancing With the Stars bring back some of our favorite professional dancers, including Witney Carson and Lindsay Arnold, but it features an amazing cast outright.

However, the cream of the crop is clearly Jojo Siwa and, surprisingly, Olivia Jade, the daughter of Lori Loughlin, and while this season is already filled with drama, such as Peloton star Cody Rigsby and his partner Cheryl Burke having to perform from home due to positive COVID-19 cases, much of the focus as been on host’s Tyra Banks fashion choices, seemingly scene eaters every time the camera cuts to her. What’s up with that? 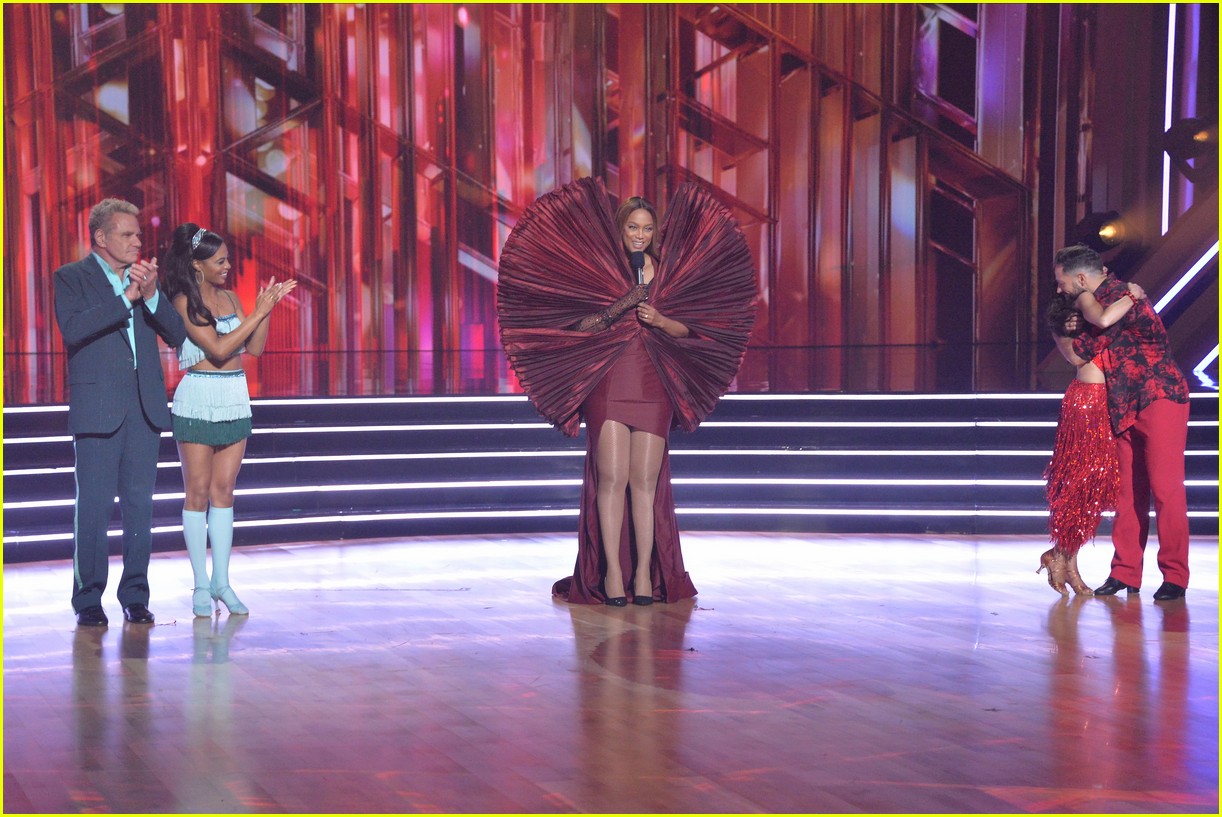 Dancing with the Stars fashion statement

During week two of the show’s run, host Tyra Banks sported a Julian Mendez Couture dress with enormous, fan-like sleeves that reminded many on social media of the deadly spitting dilophosaurus from Jurassic Park. Luckily, she had the chance to appear on The Late Late Show with James Corden that following Wednesday to defend her outfit, stating the following:

“Different is what? Better,” Banks said. “I don’t have time to be normal in a pretty dress, because nobody is going to say anything about a pretty dress. You’ve got to push it and go for it.” We’re glad she defended it . . . gotta fake it till you make it, right? Besides, it’s not like the outfits improved for Banks, given the two pieces she wore last night during week 3’s Britney Spears-themed night in the ABC ballroom.

Last night, Tyra Banks wore two outfits, the first resembling the schoolgirl outfit in Britney’s “One More Time” music video while the second fashioned a faux python around her dress in the style of “I’m a Slave 4 U”. They were certainly some creative choices, and hey, if anybody can pull it off it’s Tyra Banks, we just hope that they don’t distract from her subpar hosting skills thus far . . . we were ALL rooting for you.