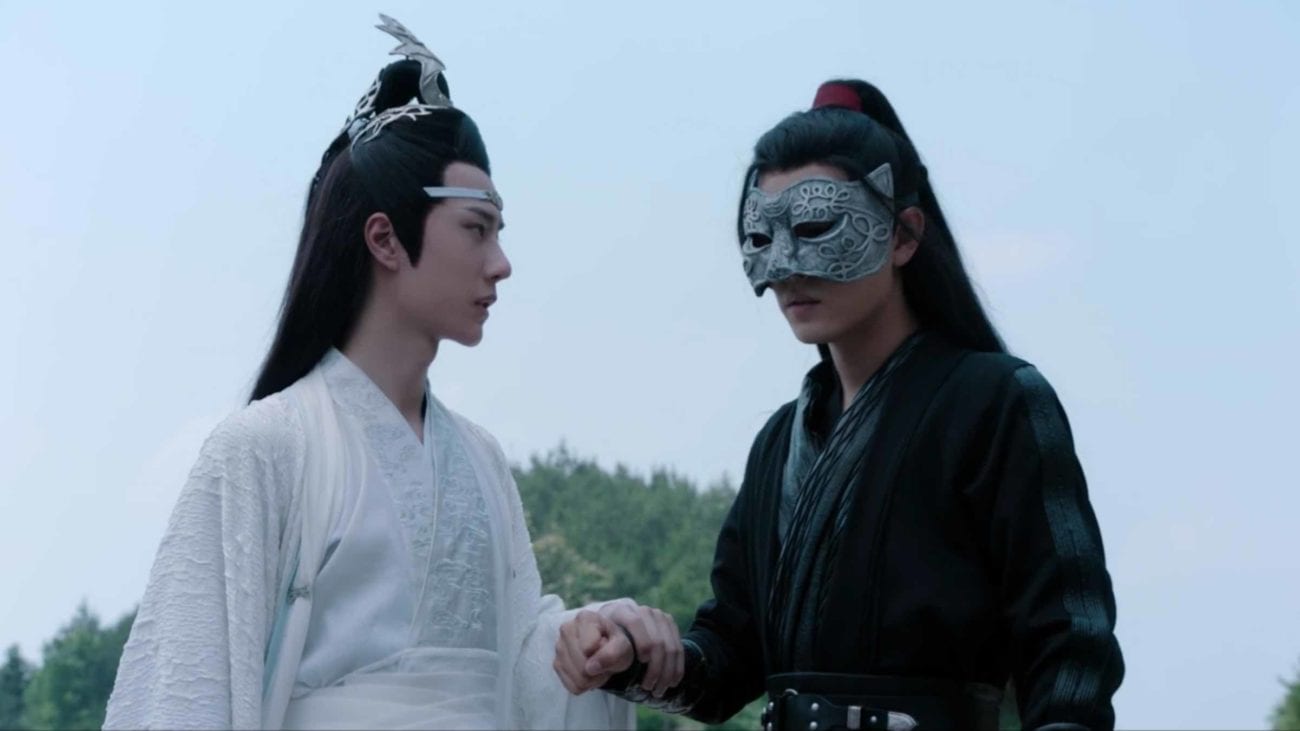 Everything about those cultivation sects in ‘The Untamed’

The Untamed, available to stream on Netflix, is a Chinese fantasy drama based on the novel entitled Grandmaster of Demonic Cultivation (Mo Dao Zu Shi). The show follows Wei Wuxian (Xiao Zhan) & Lan Wangji (Wang Yibo) as they travel through a supernatural land of inter-clan rivalry.

Differentiating and understanding the different clans is crucial to understanding conflicts in this drama. The clothes they wear, the way they carry themselves, and even particular demeanors of differing clans are all important when trying to keep up in this show.

Are you just sitting down to watch The Untamed for the first time? Maybe you’ve just started watching and you have questions. For this very purpose, we put together a quick guide to navigating the most important clans in this show. 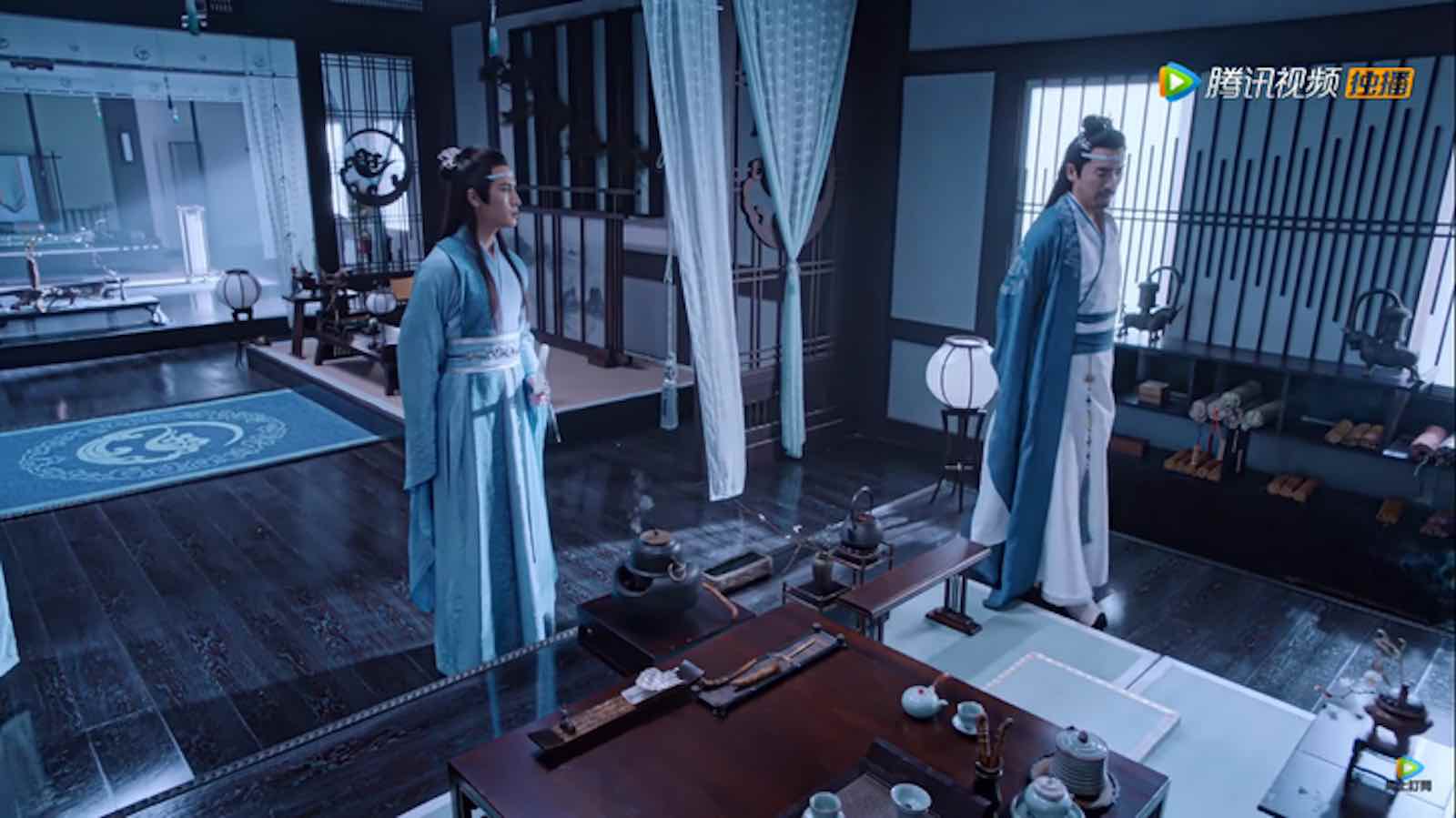 The Gusu Lan Sect was founded by a famous monk who chose to cultivate through music. This practice continued through the ages and the Lan clan is now famous for this cultivation practice. They are revered and well respected among the cultivation community.

Members of the Lan clan wear white robes with incantations stitched into them to protect them from spiritual attacks. They also wear forehead ribbons with the official Lan clan cloud stitched into them. The forehead ribbon is sacred. Only the wearer’s spouse or child is permitted to touch it. Rules of the Lan clan stipulate that tying the ribbon to another person is strictly prohibited unless that person is their ‘fated person’.

The official residence of the Lan clan is The Cloud Recesses. A very stoic & strict clan, the Cloud Recesses has over three thousand rules carved into a rock on the mountain. Members of the Lan clan are expected to abide by these rules at all times. These include guidelines about sleeping habits (all must rise at 5 am and sleep at 9 pm) and eating habits (strictly vegetarian). 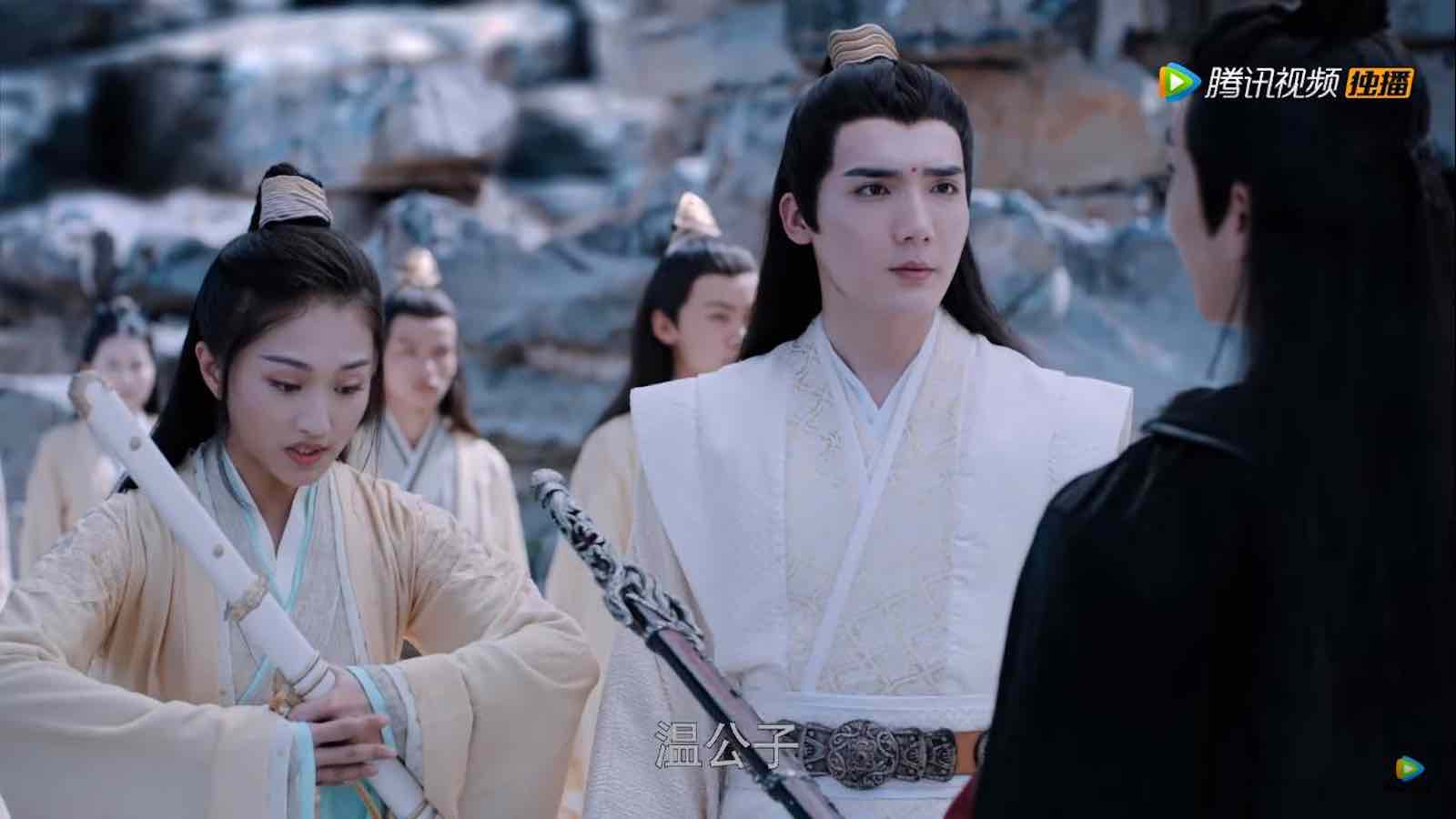 The Lanling Jin Sect wear luxurious, delicate robes with a white peony fastened to the chest, which is the clan’s official crest/symbol. They also wear a vermillion mark to “illuminate the world with vermillion light”. For those that don’t know, the vermilion mark is a red dot between one’s eyes. The red color is suggested to symbolize power.

The Lanling Jin Sect is known for flaunting its ostentatious wealth. They use their wealth to gain advantages during night hunts, using expensive tools such as spirit trapping nets to target their enemy. This clan also used their wealth to become the leader of the cultivation world following the fall of the Qishan Wen clan.

The clan is surrounded by political controversy. After the downfall of Wei Wuxian, several key political leaders were murdered. The clan actively sought out new members to increase their size & power. 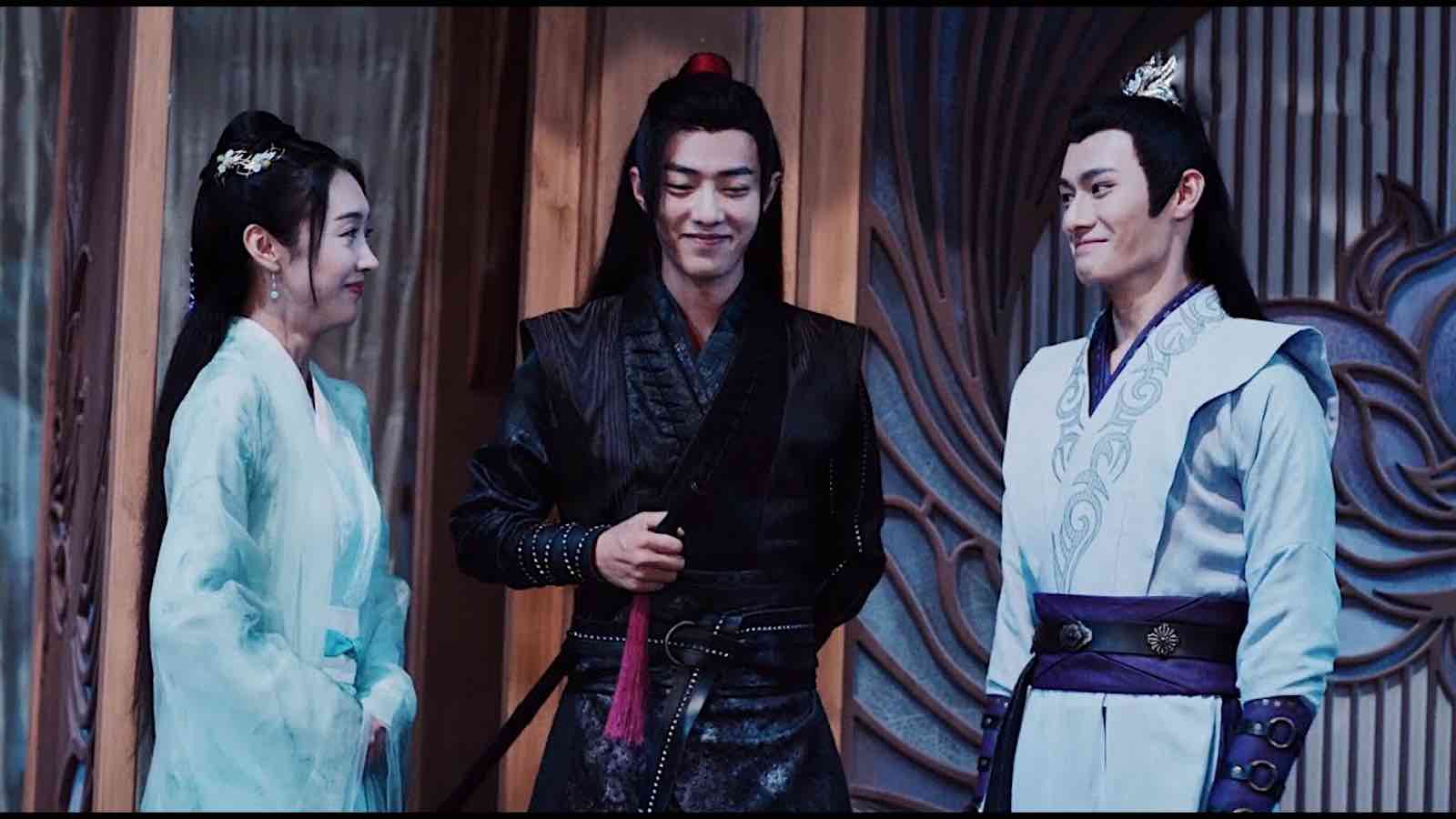 Cultivators from the Yunmeng sect wear purple robes with a silver bell on their belts. These are engraved with the lotus flower, which is the official crest/symbol of this clan. It is suggested that members wear the bell to calm one’s mind and steady one’s focus. Members of the Yunmeng sect are renowned for their honest and unrestrained manner.

Due to the fact that they live at Lotus Pier, members of this clan are exceptional swimmers. They practice a unique sword technique that is recognized throughout the cultivation world.

At one point, during the Sunshot Campaign, the Qishan Wen sect occupied Lotus Pier. Many members of the Yunmeng sect were slaughtered. 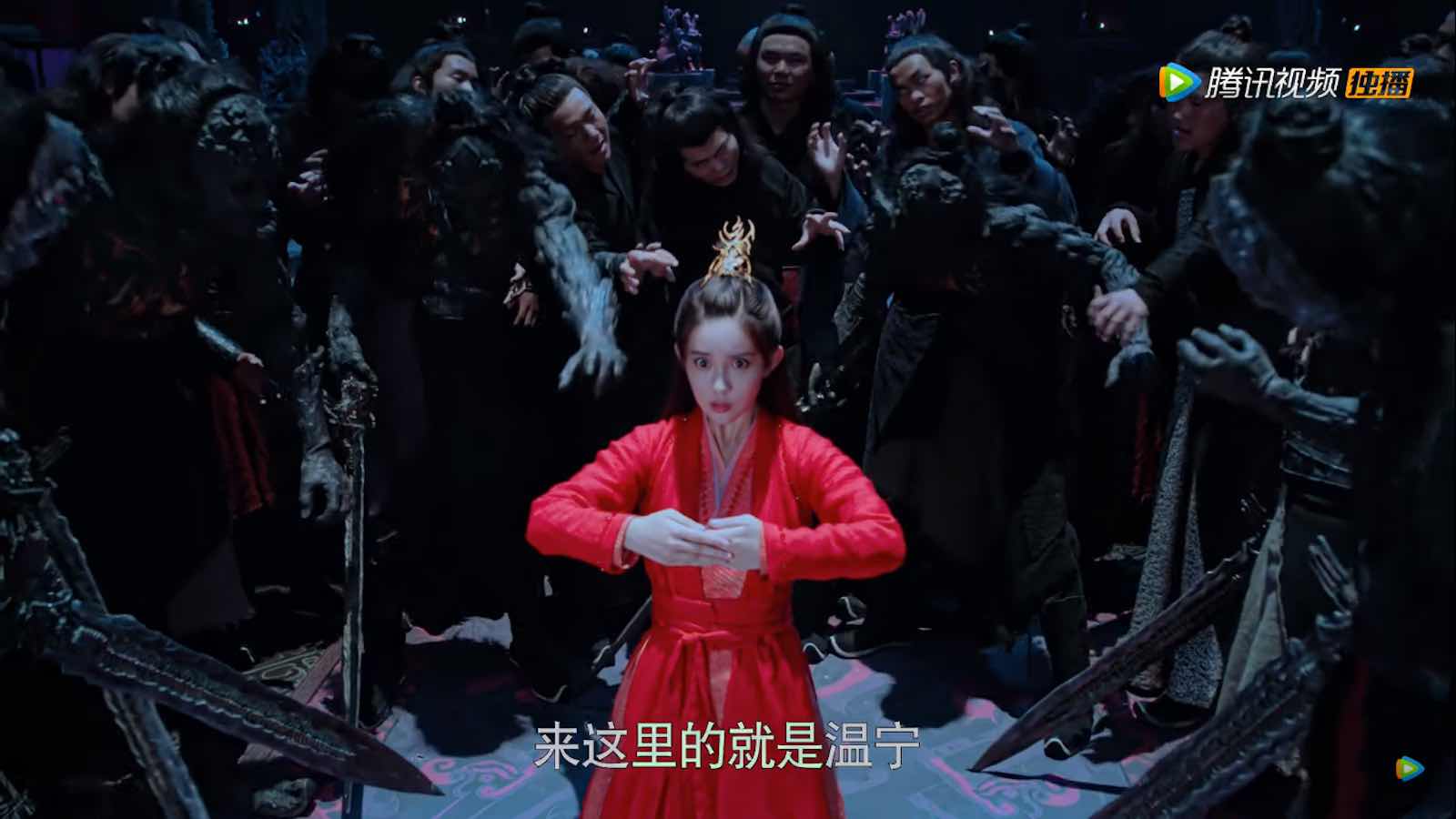 Traditionally, in the source material, members of the Qishan Wen Sect wear white robes with red hems. They have sun emblems embroidered on them with flames around the collar & sleeve. However, in The Untamed, the colors of this clans robes were switched to black & red.

The largest clan in the cultivation community, the Qishan Wen clan resides in Nightless City. The residence was called Nightless City because it was thought that there was no nightfall in their city. An extremely powerful clan, they have more members, magical tools, land & power than any other clan.

As evidenced in The Untamed, this clan has quite a tyrannical, bloody history. 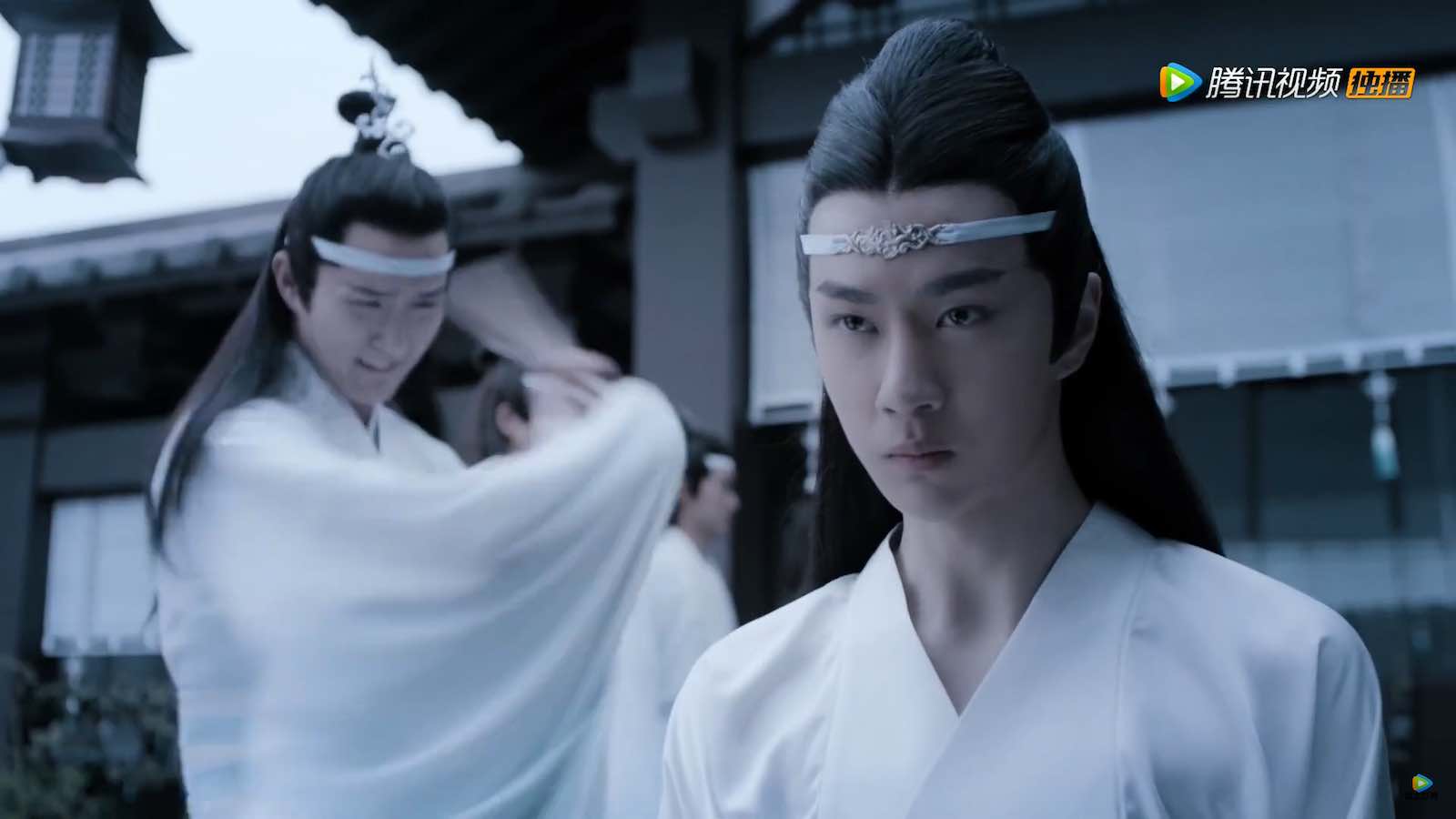 The thing that sets this clan apart from the others above is their choice of weaponry. While most other clans use a double-edged straight sword, the Qinghe Nei Sect uses a single-edged saber. This kind of blade required the beholder to have a great amount of strength, as these require a more violent fighting style.

This particular clan builds stone castles to honor the violent saber spirits of their ancestors.

Members of this clan include: Nie Huaisang.