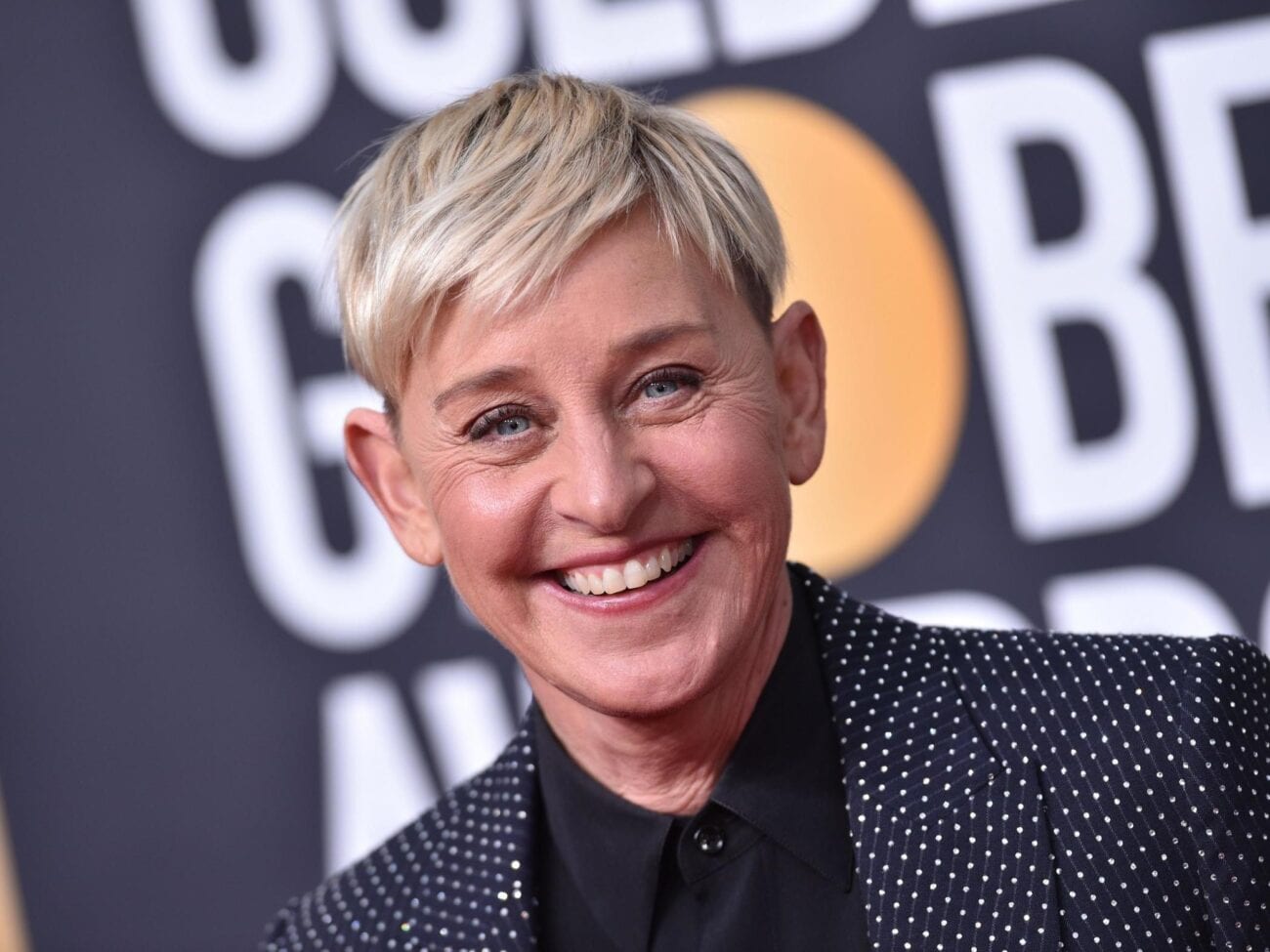 The most cringeworthy interviews on ‘The Ellen DeGeneres Show’

2020 has been a transformative year for each one of us. And barely any of that a positive change. Our lives have been upended by the pandemic & our idea of recreation has changed by large margins. So it hardly comes as a surprise that the “Funniest Person in America” – as declared by Showtime in 1984 – and a widely-proclaimed kindness advocate is now being outed as a bully.

At the epicenter of a recent spate of revelations in the celebrity circus is Ellen DeGeneres, a long-standing comedian best known for her eponymous talk show, The Ellen DeGeneres Show. 2020’s been a reckoning of sorts for her as the allegations about the toxic culture behind-the-scenes in her show keep coming.

But this isn’t the only time she’s been the at center of a heated moment of public discomfort & embarrassment. This is a good time to look at all the times she gave us moments of discomfort during The Ellen DeGeneres Show. It’s even nastier that these moments took place with her guests. 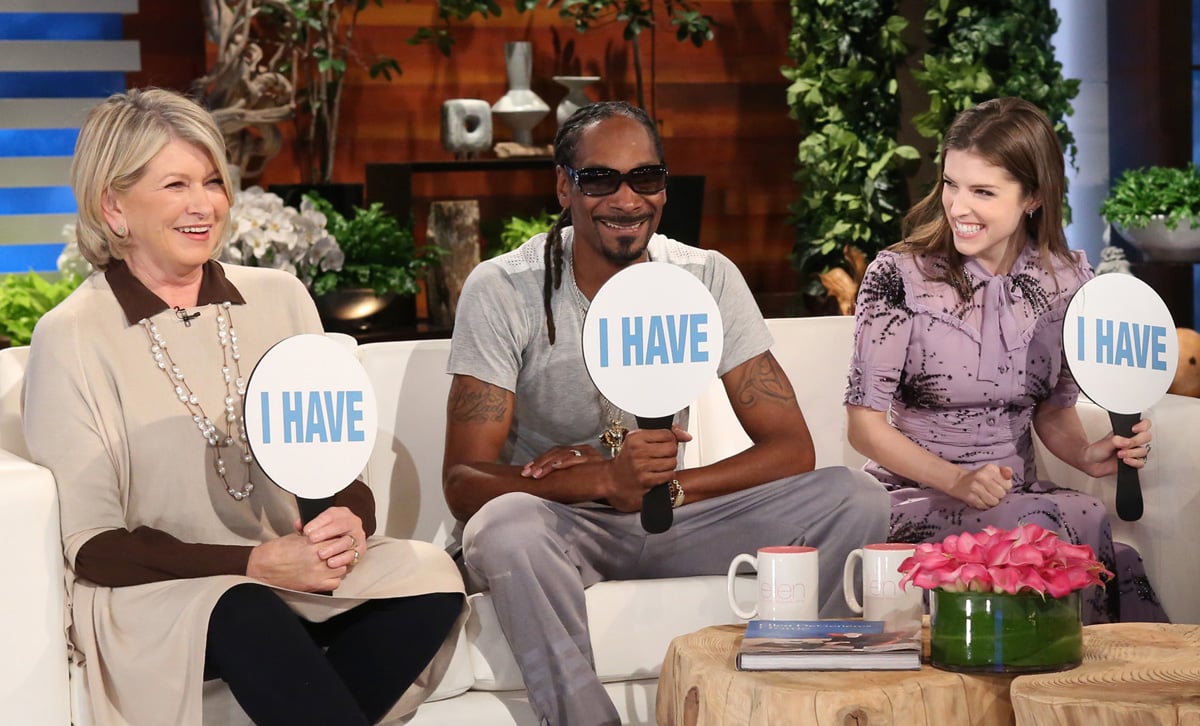 That time she picked a bone with Martha Stewart

In a 2016 episode, DeGeneres hosted Martha Stewart, Snoop Dogg, and Anna Kendrick. They played a game of the infamous “Never have I Ever” where Martha Stewart held up her board while responding to whether they’ve ever sexted.

For some reason, Ellen thought this was an opening for a joke & went ahead to confirm if Martha even understood what sexting meant. Her exact words? “Martha, you’ve sexted? Do you know what that is?” Being an ageist, Ellen, seems fancy for someone your age.

Of course, Martha would have none of this. She quipped quickly, “I’ve used technology for a lot longer than you have, Ellen.” When asked who she sexts, Martha pointed at her board, mockingly, “it doesn’t say none of your business.” For those comments, Ellen probably deserved such a scathing comment. 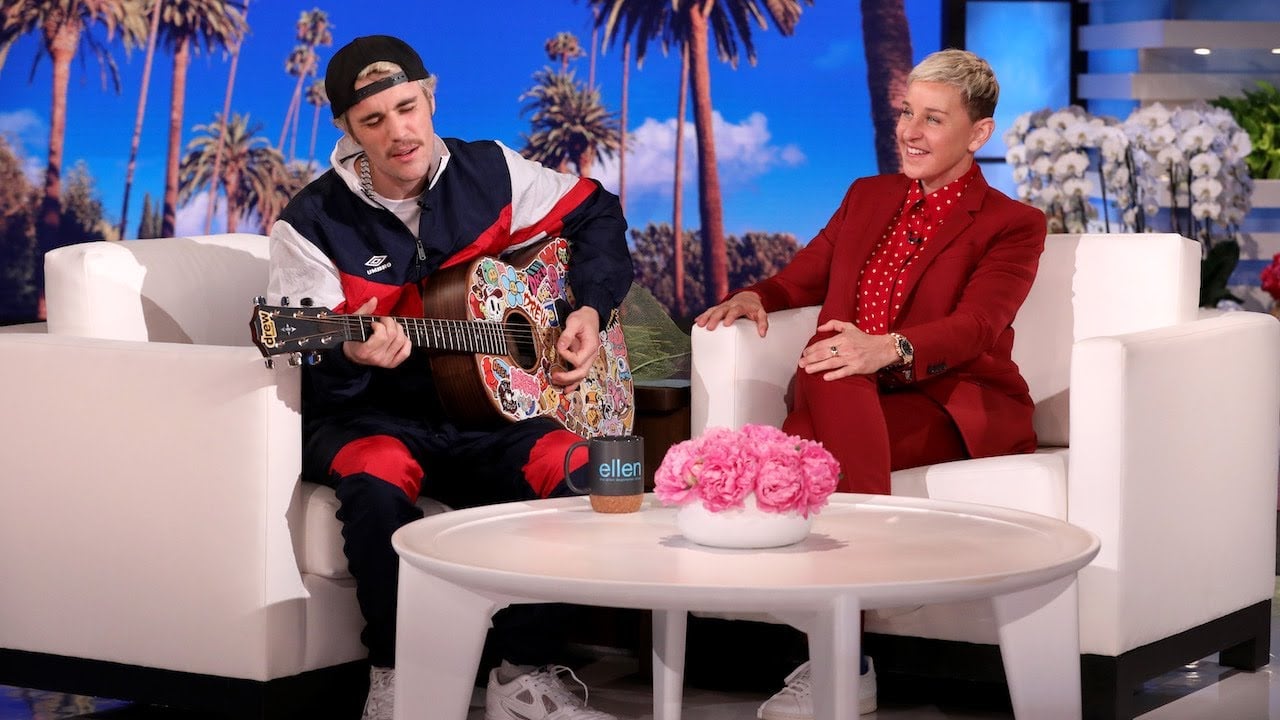 That time when Justin Bieber was put on the spot

Things have to get really bad if somehow Justin Bieber is the good guy in a situation, right? That’s what happened circa 2015, when Ellen pulled up a blurred nude paparazzi shot of the singer from his vacation in Bora Bora.

In her trademark intrusive, nagging inquisition, she asked if the girl next to him was his girlfriend & further went on to insinuate, “You just brought a friend to Bora Bora? And you’re just naked with your friend?”

Like Martha said, its’ none of your damn business, Ellen. It seems as if she purposely puts the celebrity guest on the spot unless they’re an off-screen friend. Bieber had to express his discomfort with being put on the spot out loud before muttering a “stop” to get her to actually stop. 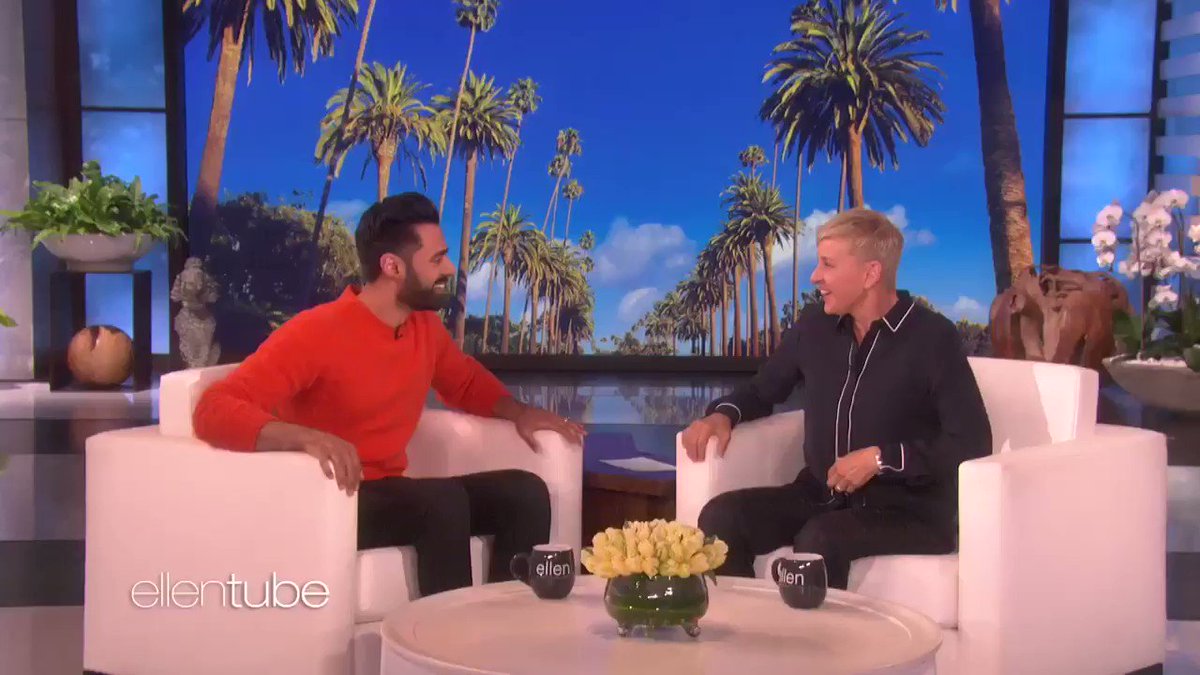 Nothing too scandalous on the surface, but the BIPOC community has enough to deal with, white people mispronouncing names shouldn’t be on that list. Hasan Minhaj had certainly had enough of these shenanigans, so he decided to “do it on national television.”

In his 2019 appearance at The Ellen DeGeneres Show, Hasan Minhaj decided he deserved to be identified by his actual name, not some anglicized version of it. If a little awkwardness is the price to pay for it, so be it. 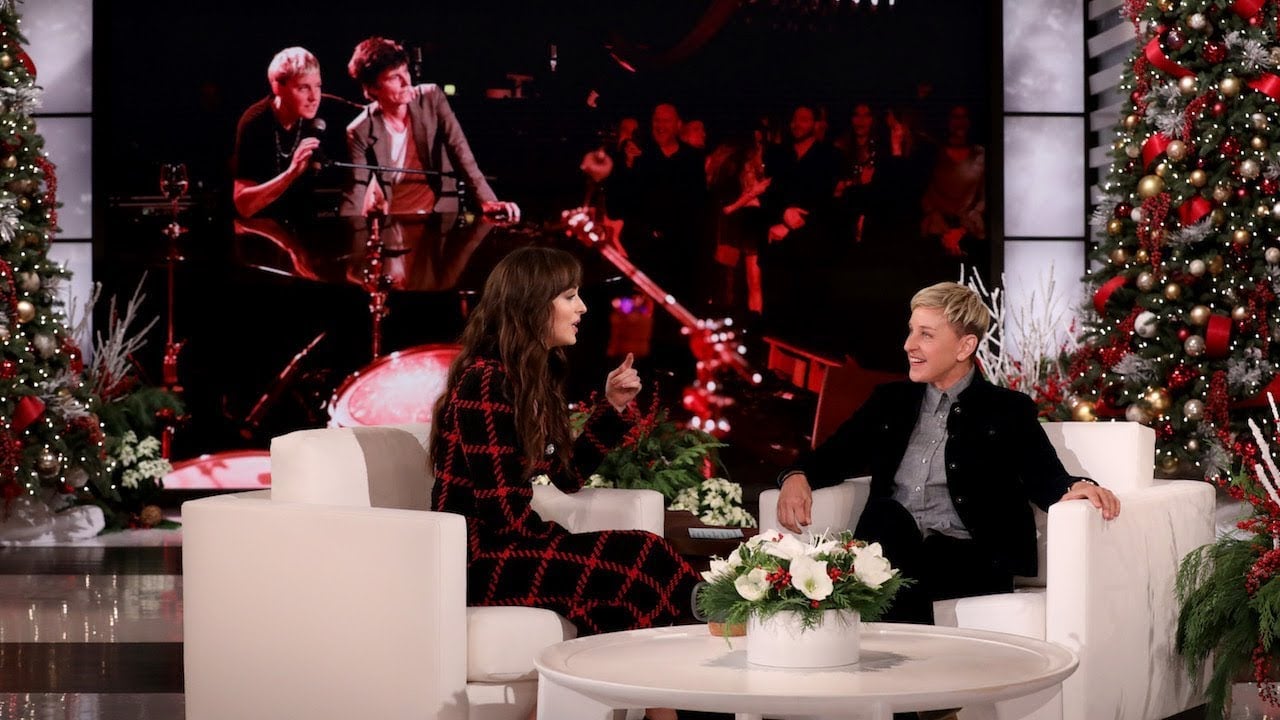 Dakota Johnson of Fifty Shades of Grey fame visited the show twice in 2018 & 2019 & gave us what’s possibly the most iconic moment to come out of these interviews. For a change, Ellen was the one on the spot.

In her typical bullying fashion, Ellen started chasing Johnson on why she wasn’t invited yet again for her birthday party. Johnson used the moment to speak the truth to power. She wasn’t okay with being punched down by Ellen this time. 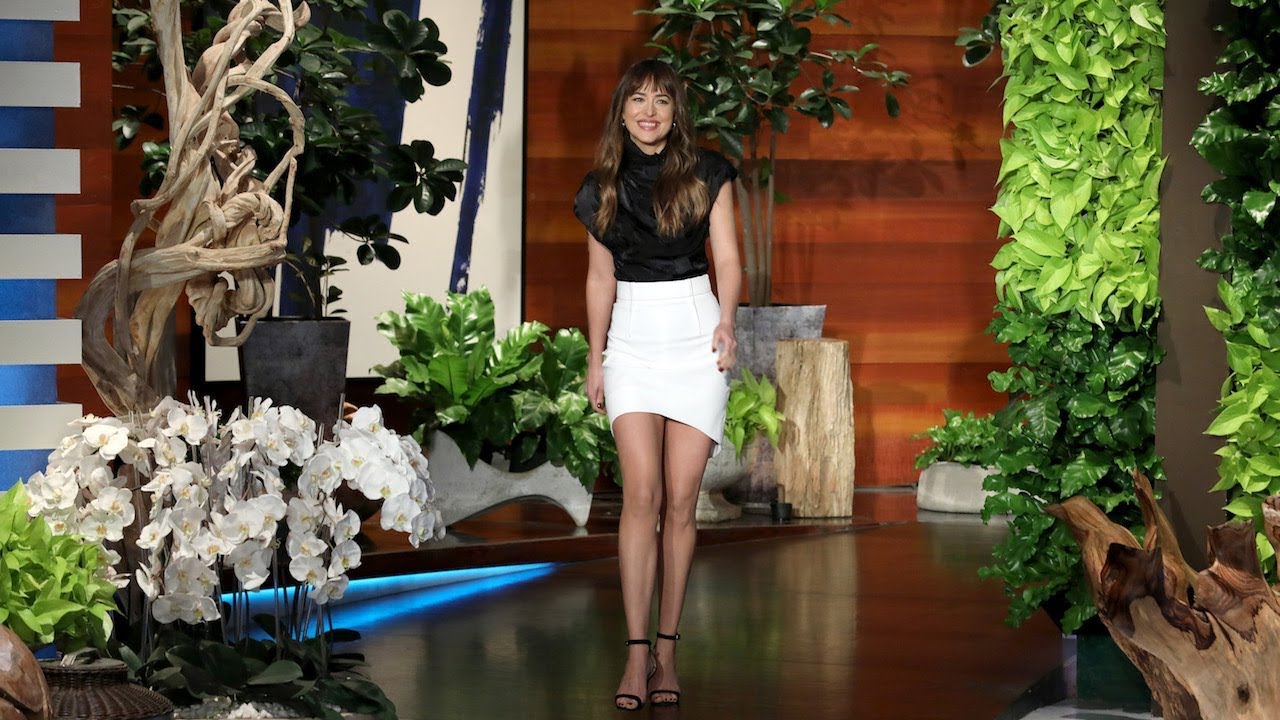 She said, “Actually no, that’s not the truth, Ellen. You were invited. Last time I was on the show — last year — you gave me a bunch of sh!* about not inviting you, but I didn’t even know you wanted to be invited.” As for her recent party, she mentioned that Ellen was invited, but she chose not to come.

The juice? Ellen was actually at a Dallas Cowboys game with former President George W. Bush. It was one of the most awkward moments shared not just on the show, but on television, so no wonder the internet was ablaze with memes.