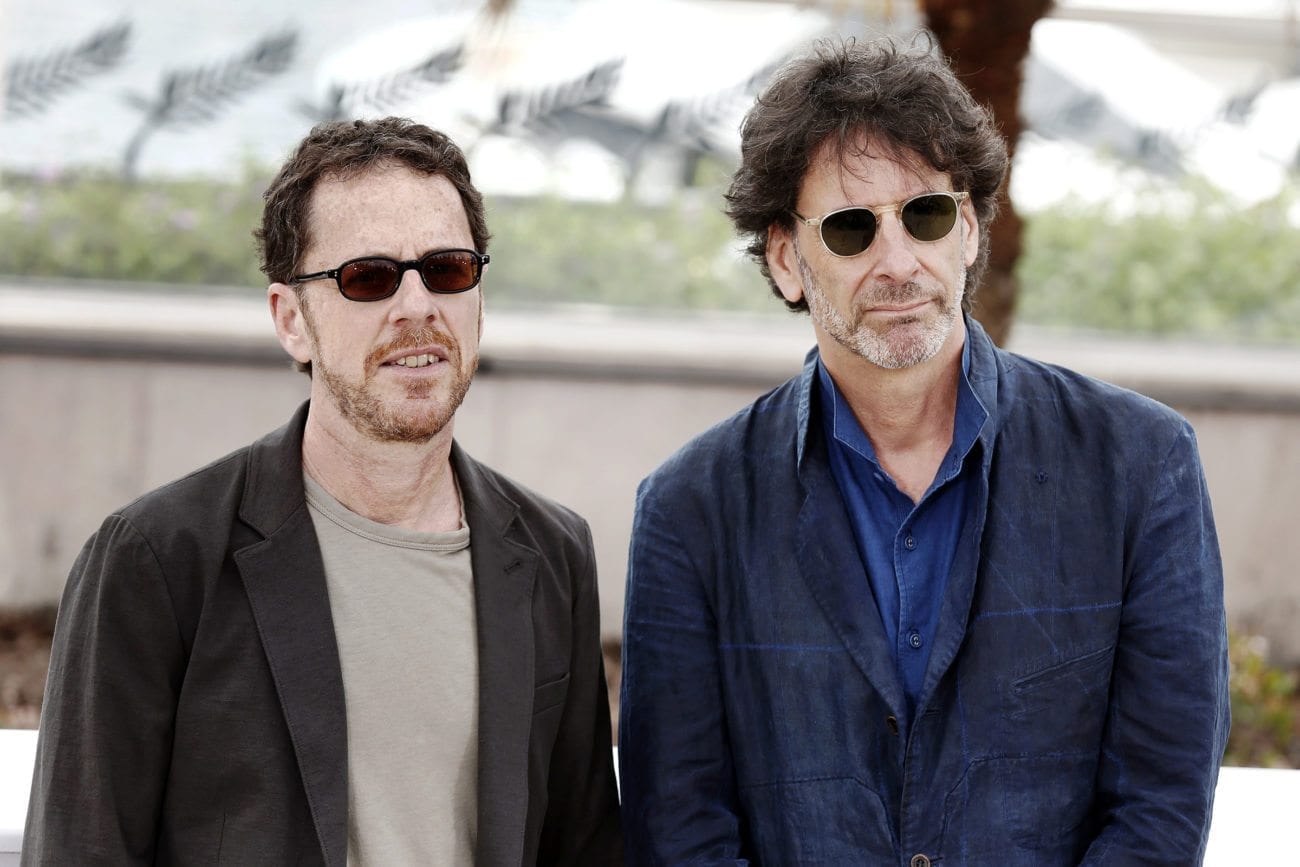 Joel Coen and Ethan Coen are returning to the Wild West with a TV anthology called The Ballad of Buster Scruggs. Produced with Annapurna Television, the miniseries will tell six separate stories in the Coens’ unique narrative style – fans of No Country for Old Men and True Grit should be ecstatic.

James Franco (The Disaster Artist), Zoe Kazan (The Big Sick), and Tim Blake Nelson (O Brother, Where Art Thou?) are signing up for the series, with production starting later this month in time for a 2018 release.

Tim Blake Nelson will play singing cowboy Buster Cruggs in the debut episode, while James Franco will appear in an episode called “Near Algodones”, about an inept bank robber and cattle driver. Zoe Kazan will star as a woman traveling with two men on the Oregon Trail in “The Gal Who Got Rattled”.

A report in the Albuquerque Journal welcomes the brothers and their team back to New Mexico listing the episodes in full:

“The first of the six is about a singing cowboy and is the title story. The second, ‘Near Algodones’, is about a high-plains drifter whose own fecklessness dogs his attempts at bank robbery and cattle driving. The third, ‘Meal Ticket’, follows an actor and impresario of a traveling show. The fourth, ‘All Gold Canyon’, is about a prospector who happily finds a gold seam but then unhappily finds an evil encroacher. The fifth, ‘The Gal Who Got Rattled’, follows two trail bosses on the Oregon Trail and a woman on the wagon train who needs the help of one of them and who might be a marriage prospect for the other. Lastly, ‘The Mortal Remains’ is about the five very different passengers on a stagecoach of mysterious destination.”