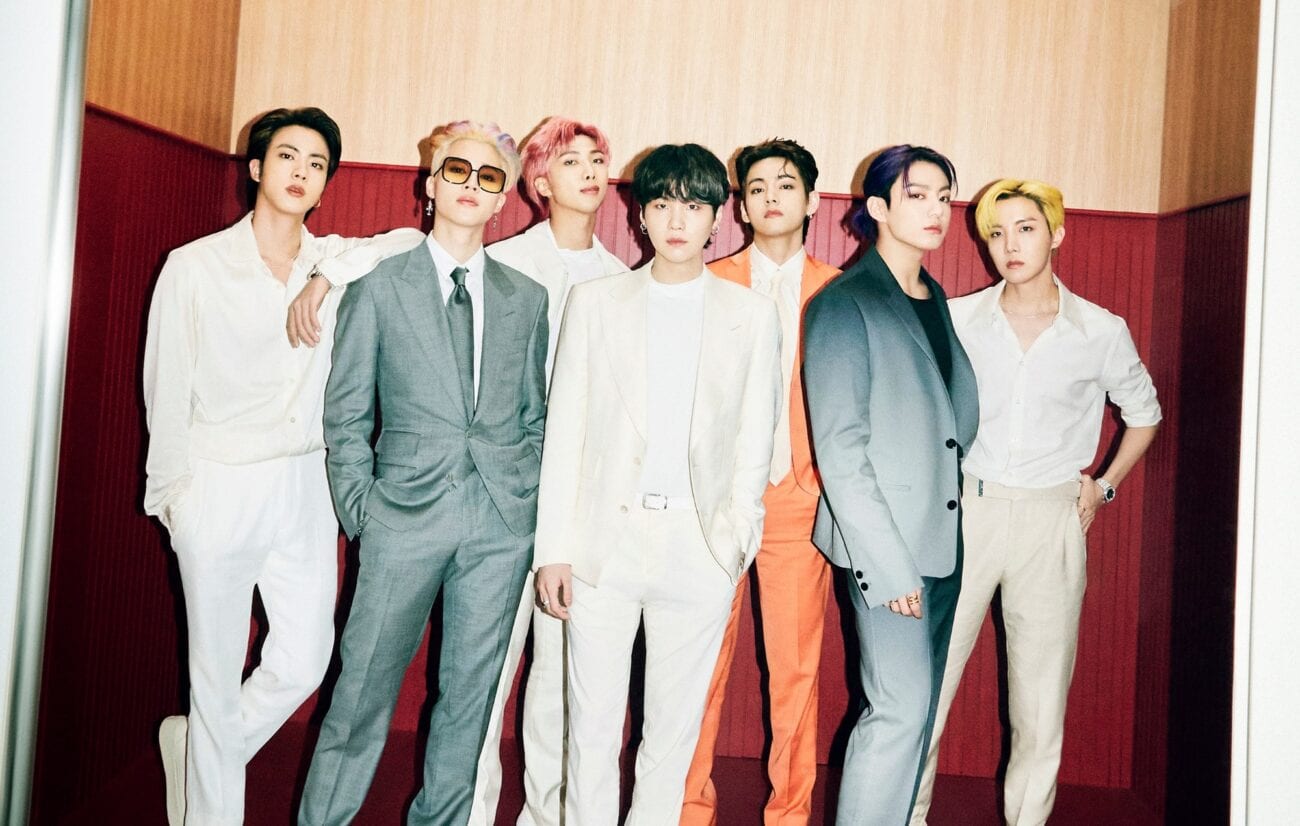 The McDonald’s BTS order is finally here, surpassing the BTS ARMY’S wildest expectations as the popular fast food chain announced that this new & exciting order goes even beyond chicken McNuggets. That’s right! McDonald’s will be dropping a limited edition merchandise line for their collaboration with the popular South Korean boy band, combining the popular BTS purple colors along with the McDees logo.

The merchandise, which dropped Wednesday, includes socks, slippers, t-shirts, hoodies, and even bathrobes, a move which the fast-food conglomerate labeled as a “perfect representation of an iconic partnership between two fan-favorite brands”. The collection is officially on sale at Weverse, a BTS record label created community app. So, even with this amazing collaboration & promotion, why is the BTS ARMY so upset?

Don’t worry, it’s not as bad as it seems. There are a slew of TikTok videos going around that show the BTS ARMY’S displeasure with their new order, specifically because of packaging purposes. This custom order, in many countries, is supposed to feature purple stripes on the bag as well as on the drinking cup. Looks like some of the ARMY has struck out. Have you had a chance to check out the new BTS McDonald’s order?

If you’re unable to satisfy your McFlurry craving because the machine is “broken”, then why not check out the new BTS signature McDonald’s order, available today? The new signature BTS order features the following: A ten-piece chicken McNuggets, a medium order of fries, a medium Coke, and a slew of sweet chili and cajun sauces inspired by South Korean McDonald’s menu items.

“We’re excited to bring customers even closer to their beloved band in a way only McDonald’s can, through our delicious food, when we introduce the BTS signature order on our menu next month,” Chief Marketing Officer of McDonald’s U.S. Morgan Flatley said in a statement to Business Insider when the company announced this exciting collaboration back in April.

The genius behind this marketing scheme is that McDonald’s is able to draw attention to their menu without having to actually add any new items, aside from an assortment of new sauces typically not available in the U.S. This is a unique way for brands to capture the excitement and hype of BTS without really having to spend any money on new products, a marketing strategy that’s been praised by top analysis in the field.

BTS isn’t the first celebrity promotion that McDonald’s has teamed up with to promote an exciting signature menu order. Previously, the house that Ronald built linked up with rapper Travis Scott last fall to promote his signature order, which featured a quarter-pounder with bacon and lettuce, as well as a medium fry paired with a tangy BBQ sauce. Scott reportedly locked in nearly $20 million for the deal.

As well, McDonald’s also teamed up with J Balvin last October to roll out his own signature McDonald’s order, which featured a Big Mac, fries, and an Oreo McFlurry.

This strategy for McDonald’s is clearly clicking as it pertains to reaching its younger audience, making us believe the idea that McDonald’s pairing with celebrities to roll out signature orders isn’t likely to end anytime soon. After all, Gen Z loves to connect with today’s icons and celebrities, especially due to today’s TikTok videos and other social media trends that lend themselves to this kind of exciting viral marketing.

What are your thoughts on the new BTS order? Do you think that the BTS ARMY’S gripes regarding poor packaging is warranted? What is your favorite item to order when you go to McDonald’s? Have you ever seen a McDonald’s ice cream machine that actually works? Let us know in the comments below.