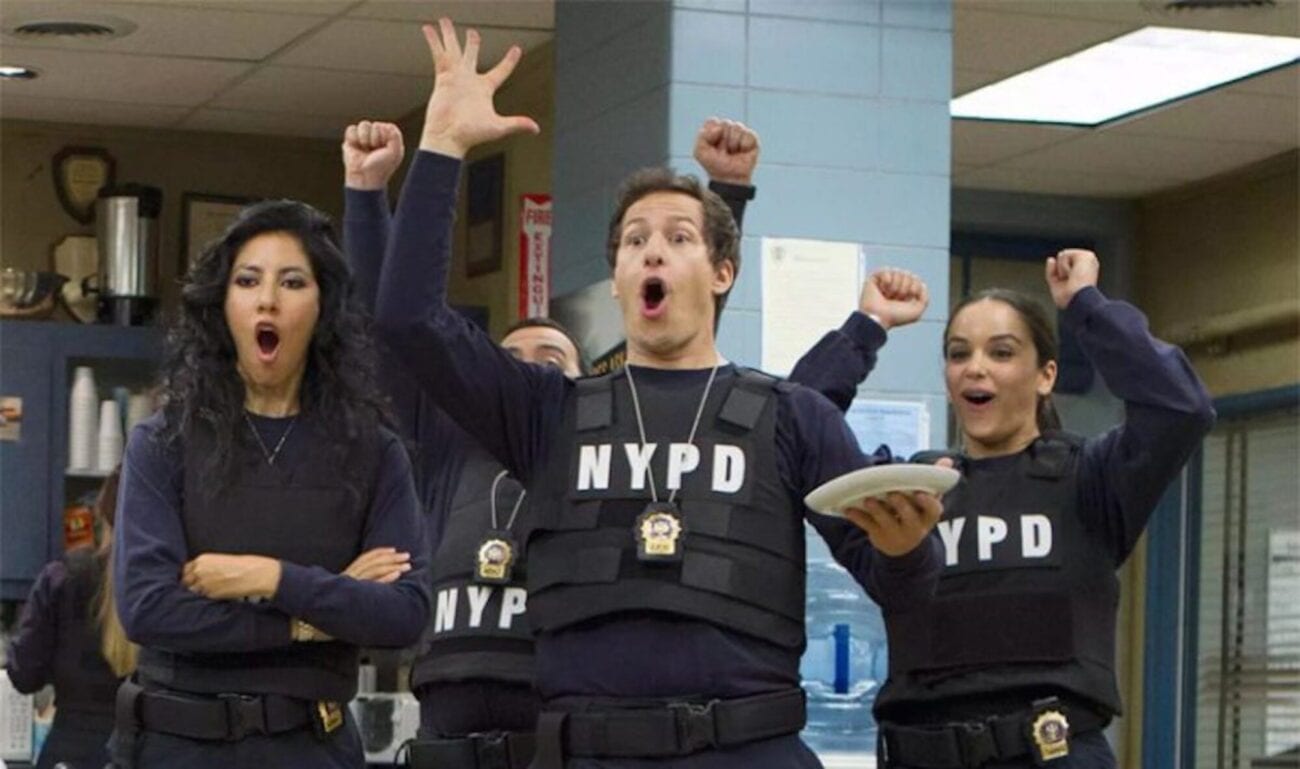 While Brooklyn 99 has been widely praised & loved for its laugh-out-loud humor and diverse cast, this NBC sitcom has faced harsh criticism due to increased reporting and high-profile cases of police brutality on predominantly black civilians. This television series along with other shows that shine police officers in a good or even humorous light have been heavily scrutinized recently for their contribution to “copaganda”.

However, it seems both the writers & cast on Brooklyn 99 are ready to educate themselves with open ears. Many people from the show have shown their support to the Black Lives Matter movement and donated to bail funds, but they realize more work still needs to be done. Read on to find out how Brooklyn 99 is planning to revamp the show in a way they feel is best appropriate regarding the current state America is in. 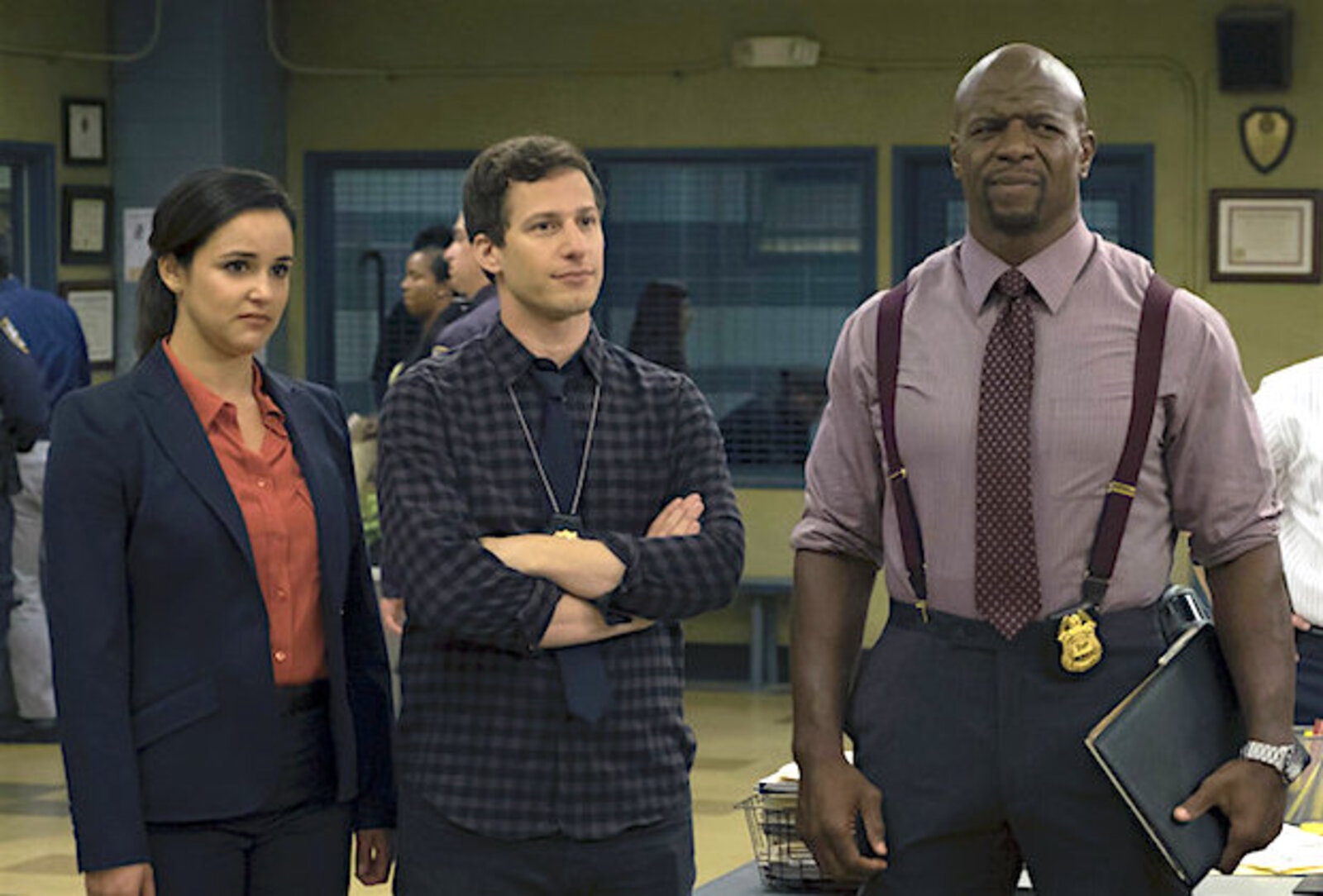 Distractify announced Terry Crews, who plays Sergeant Terry Jeffords, has confirmed the team behind Brooklyn Nine-Nine is rethinking the entire upcoming season 8. Before the killing of George Floyd and ensuing protests, the show already had four episodes ready to go, but Crews reported that once demonstrations occurred across the nation, “they just threw them in the trash” and replanned.

“We’ve had a lot of somber talks about it and deep conversations and through this we hope to bring something that will be truly groundbreaking this year.” Crews added. “We have an opportunity here, and we plan to use it in the best way possible.” He then confirmed the show plans to start the new season that addresses the BLM movement directly. 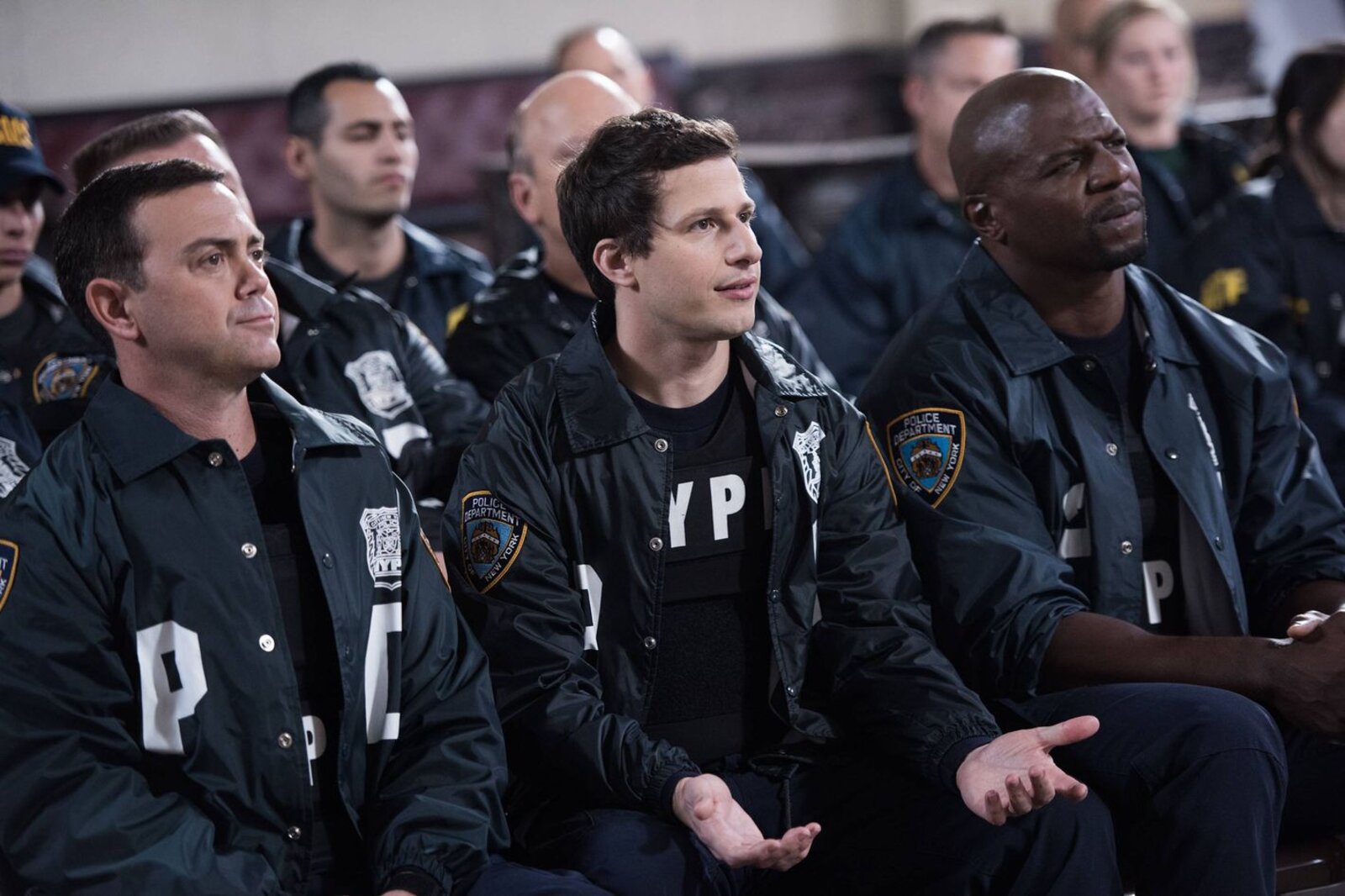 Andy Samberg, who plays Jake Peralta on the comedy series, also made a few comments via USA Today recently regarding where the direction of the show will be heading, bluntly admitting: “It’s a cop comedy, so we got to lie on the bed we make.”

“The challenge is going to be being honest about what is going on in the world and not shying away from the fact that there are serious problems and also not punishing viewers who like our show and care about our characters. But I do believe that our characters need to examine their roles in the world. They’re going to be forced to look in the mirror and see who they’re complicit with.” 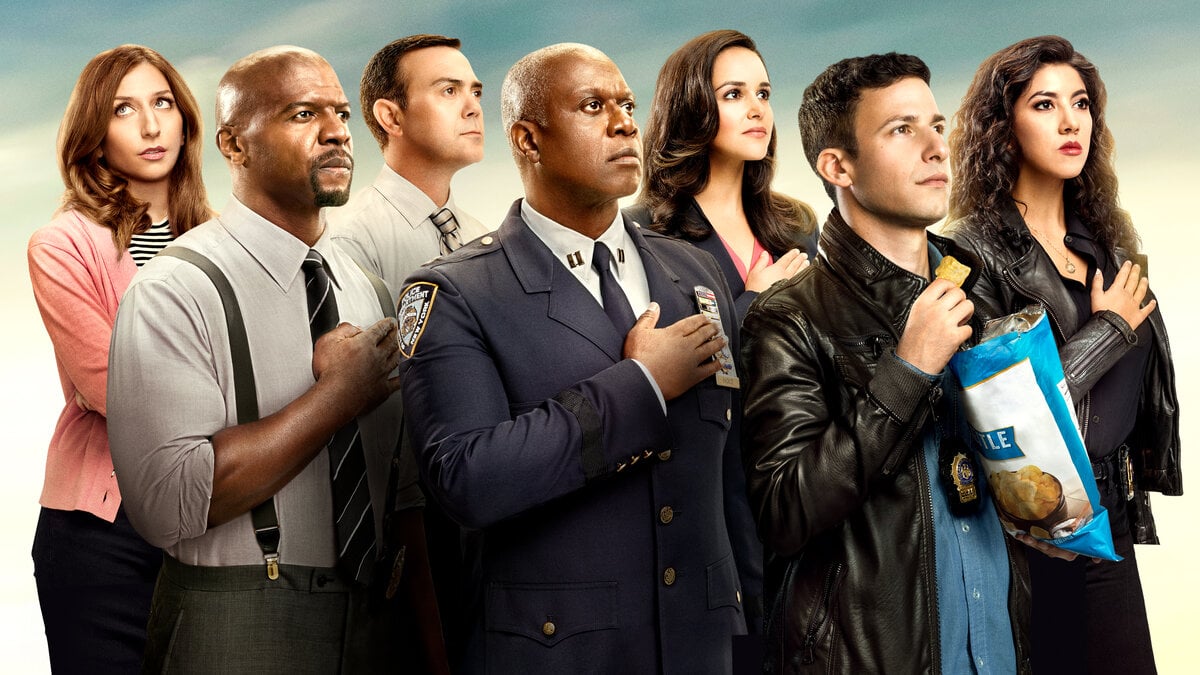 Samberg also pointed out the show has commonly addressed many prevalent social issues in the past, and reminded the public: “We’ve certainly never acted as if all police are innocent outside of our squad. In fact, I think we have a ton of episodes that are specifically about how there’s a lot of corruption and breaking protocol.”

However, the actor also acknowledged how just making changes in the show is far from enough. “I think it’s important for us and for anyone watching our show to keep in mind if we’re looking for a half-hour comedy show to be the ones to solve this problem, we’re in trouble. Our job is pointing out that stuff isn’t getting done right and spreading the word that we’re (really) hopeful that it can get better.” 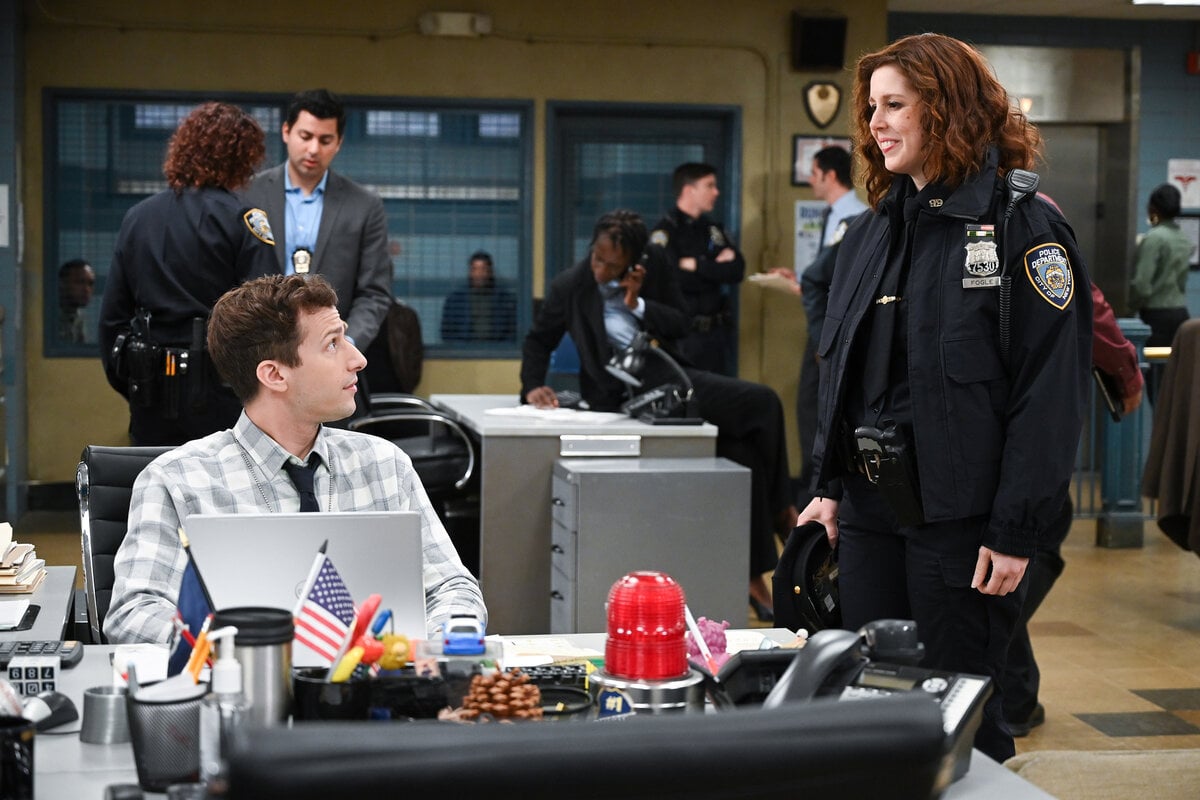 Other cop shows under harsh scrutiny as well

Brooklyn 99 certainly is not the only cop show that has been called out for “copaganda” amidst the tense BLM demonstrations that have shaken this country in response to police brutality. Some of the most popular shows around the country such as Law & Order: SVU, NYPD Blue, Elementary, FBI, CSI, and many more are among the long list of police shows that feature cops as main protagonists & heroes.

USA Today observed that in the plethora of cop television series that exist in the industry: “Too often police are beacons of morality who never do wrong. Too often criminals are people of color, particularly Black men. Too often victims are forgettable and laws optional when you carry a badge and a gun.” 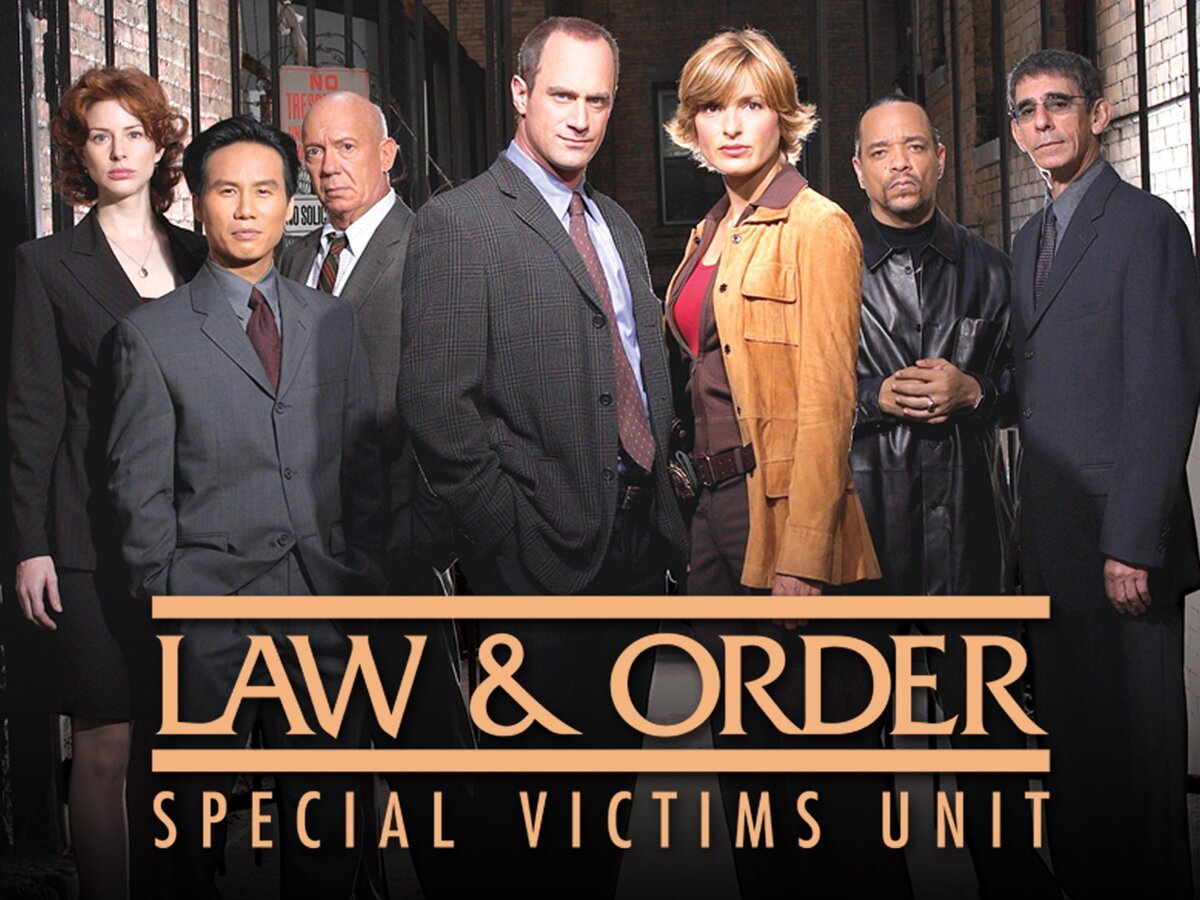 In a report by advocacy group Color of Change done in January, the study observed that shows surrounding the glamorization of  law enforcement elicit a positive effect on cops to viewers.

The study reported: “the crime TV genre – the main way that tens of millions of people learn to think about the criminal justice system – advanced debunked ideas about crime, a false hero narrative about law enforcement, and distorted representations about black people, other people of color and women. These shows rendered racism invisible and dismissed any need for police accountability.”

While there hasn’t yet been any added information on exactly how Brooklyn 99 is planning on addressing police brutality on their show, we’re certainly intrigued to see how season 8 will turn out. Let us know in the comments if you’ll be tuning in.