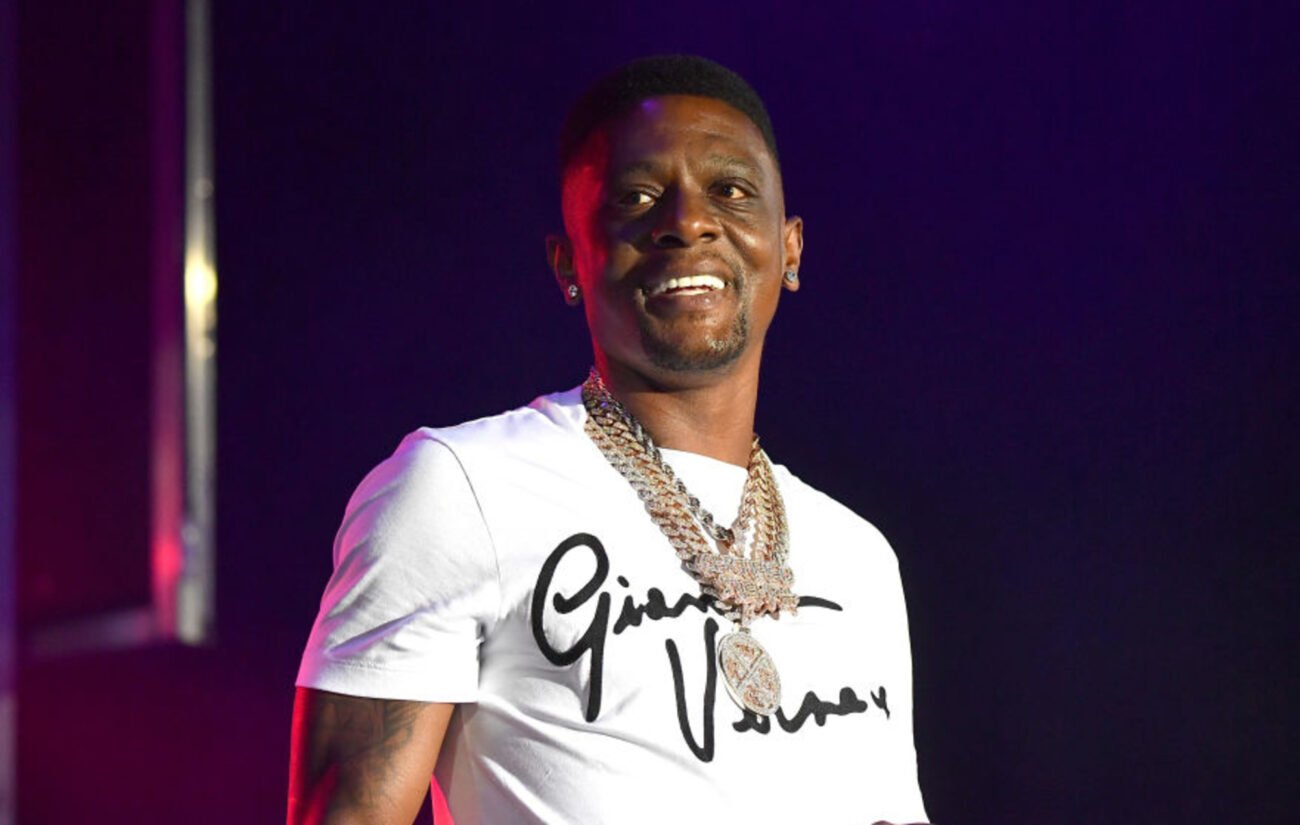 Think of the children: Boosie Badazz’s latest remarks have Twitter in uproar

Rolling Loud 2021 has certainly brought in some stories, folks. The most viral headline coming from this year’s Rolling Loud Festival in Miami comes from DaBaby’s bizarrely dated homophobic remarks concerning those dealing with HIV. He went on a strange rant on stage, and fans reacted to the cringe with well-deserved confusion & anger.

Now, certain rappers have come to DaBaby’s side to defend his remarks. When Boosie Badazz took to IG live on Wednesday to back up DaBaby and ended up coming for Lil Nas X, things got ugly. Now, Twitter is flooded with responses to Boosie Badazz and his unfortunate rant, as users spout their urges to give him the boot, or explain why he’s going off this time in defense. We’ve gathered the best Twitter responses below.

After Boosie Badazz threw homophobic slurs at Lil Nas X this week, some fans noticed this wasn’t Boosie’s first time. Users took to Twitter to say Boosie Badazz may be acting out because of his own repressed feelings.

From children to adults, Twitter users across the board were confused when Boosie Badazz said Lil Nas X is disrespectful to male children “trying to be straight”. What exactly do you mean, Boosie?

Boosie, Tory, DaBaby and T.I. are forming quite a 4 horsemen of rap hell right now

Between Badazz & DaBaby’s remarks, and T.I. & Tory Lanez’s support, some people are simply fed up with this week’s viral rappers. Some Twitter users took to social media to tell the world just what they think of the four horsemen.

Timbaland a pedophile hoe, Boosie a DL hoe, Baby an “overly aggressive because I’m short” hoe, T.I a wanna be intellectual but dumbass at heart hoe, and Tory just a hoe.

This user came for everyone in response to the news this week. Boosie Badazz appears to be the straw which broke the camel’s back.

This Twitter user makes things blunt & to the point. The four horsemen tearing up headlines can go to the trash bin with Mondays & ignorance (although we say to leave Velveeta alone).

Boosie hired sex workers to rape his children but got a problem with Lil Nas X being gay…….. pic.twitter.com/h8xUemj3RS

In the age of the internet, it’s easy to dig up dirt and point out which pot is calling the kettle. Some users took to Twitter to air out Boosie’s dirty laundry concerning his own children and ask the question, “why should we listen to you?”.

TI orchestrated having a dr sexually assault his daughter. 4 other women have come forward about him abusing them.

This user did not pull any punches when coming for Boosie Badazz and his own misgiving with his children. T.I. was not spared in the roast, reminding us all to think hard before we back up someone else’s nonsense.

Finally, the best responses on Twitter to the drama this week come from spectators just here for the drama. This user describes the tea perfectly – it’s a circus!

Every time I check to see why Boosie and DaBaby are trending pic.twitter.com/xneHcDx9cY

This user knew things were bad when they saw DaBaby & Boosie trending. Time to step under the yellow tape, and open Twitter . . .

Boosie: “you better hope im not at the award show”

Some users saw the humor in Badazz’s rant. Awards show? After your latest antics, we’re not sure you’ll be attending this year, Boosie.

Which rapper from this week’s drama poses the biggest danger to today’s children? Let us know what you think in the comments below!