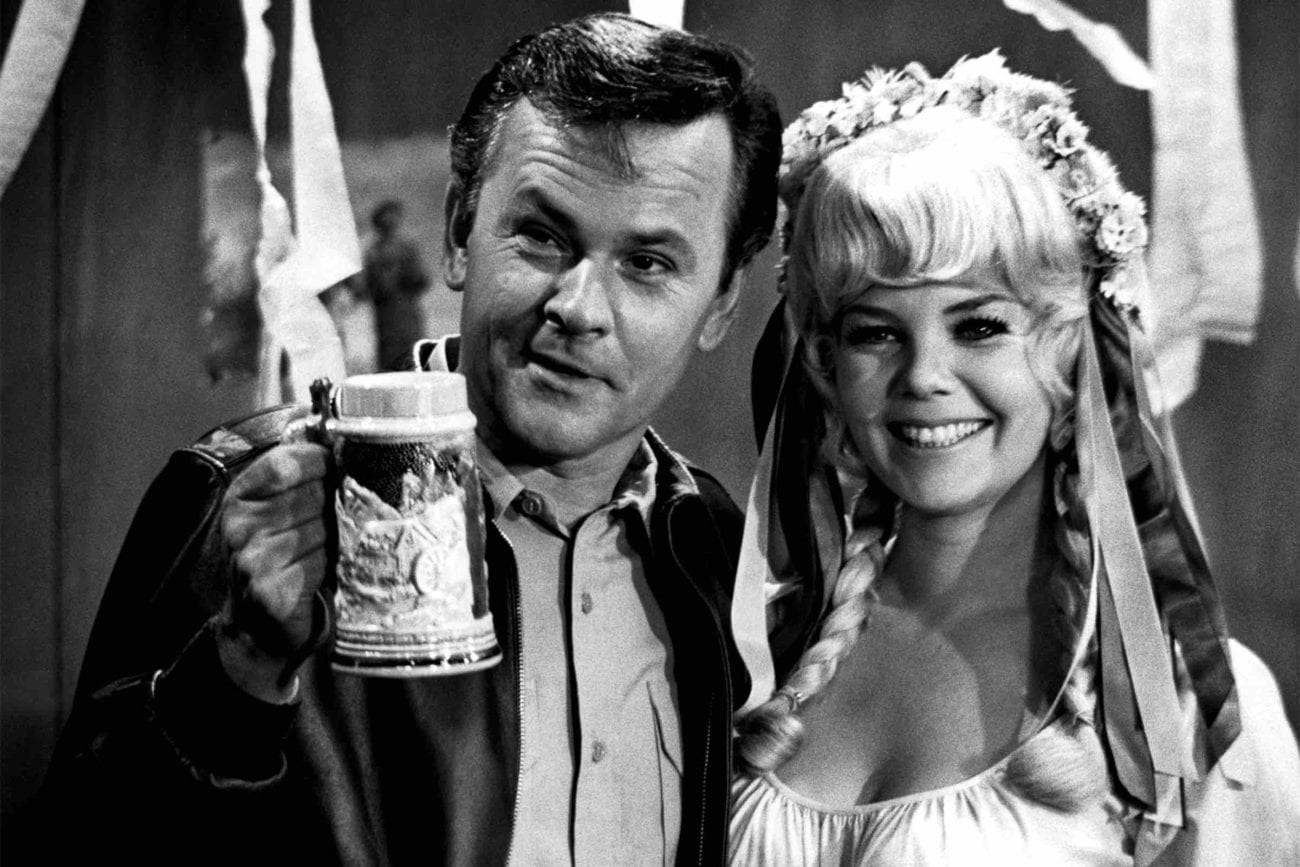 There are unsolved mysteries all over the world, each with a very real victim and those affected by that person’s loss. Some, however, are more inclined to capture the imagination of the public over others. Whether it comes down to the salacious details or the utter brutality of such killings, these are just the ones that any true crime nerd will tangentially know.

A lot of these unsolved mysteries, of course, are centered near Hollywood: the Black Dahlia murder, the drowning of Natalie Wood, and, of course, the murder of Bob Crane. 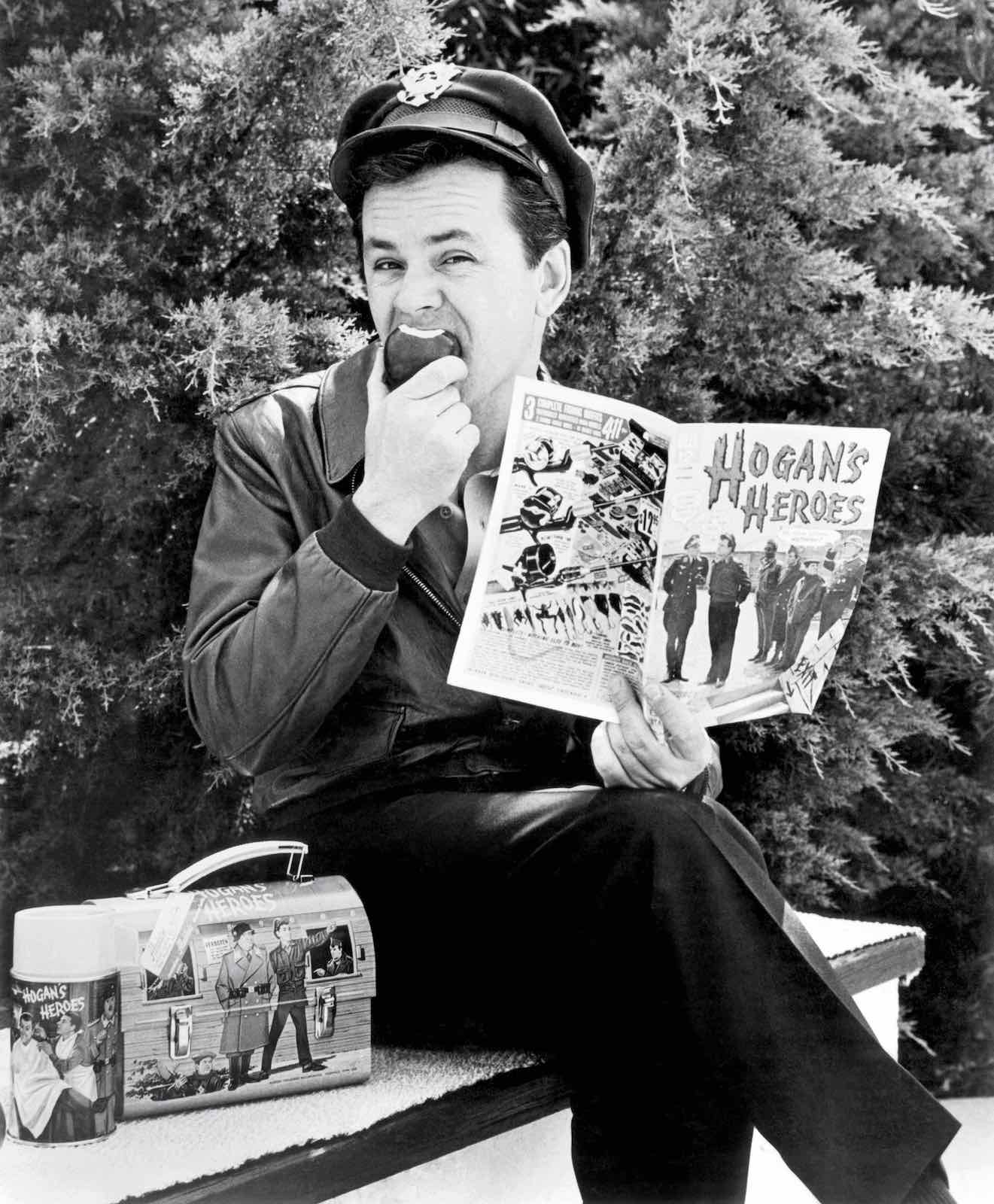 Who is Bob Crane?

For those of you who don’t know who Bob Crane is, let’s start with some background. Crane was a former radio personality, who made the transition to acting in the 60s. In 1965, Crane would net the role that made him a star: Colonel Robert Hogan on Hogan’s Heroes. If you don’t know your classic sitcoms, Hogan’s Heroes, which ran from 1965-71, then here’s the basic premise: a group of POW Allied soldiers run espionage and sabotage missions while under the noses of their captors. It’s a comedy and an insanely popular one at that.

Robert Crane, who penned the book Sex, Celebrity, and My Father’s Unsolved Murder, told EW in August 2019, “ He was doing a very bad Disney movie called Superdad, playing an all-American character who cares about his daughter running off with some unsavory type, but at Disney studios, in Burbank, he’s on the set showing photographs of women that he’s been with to people on the crew. That hurt him because the executives found out. People talk, and it started getting in publications like the National Enquirer.” 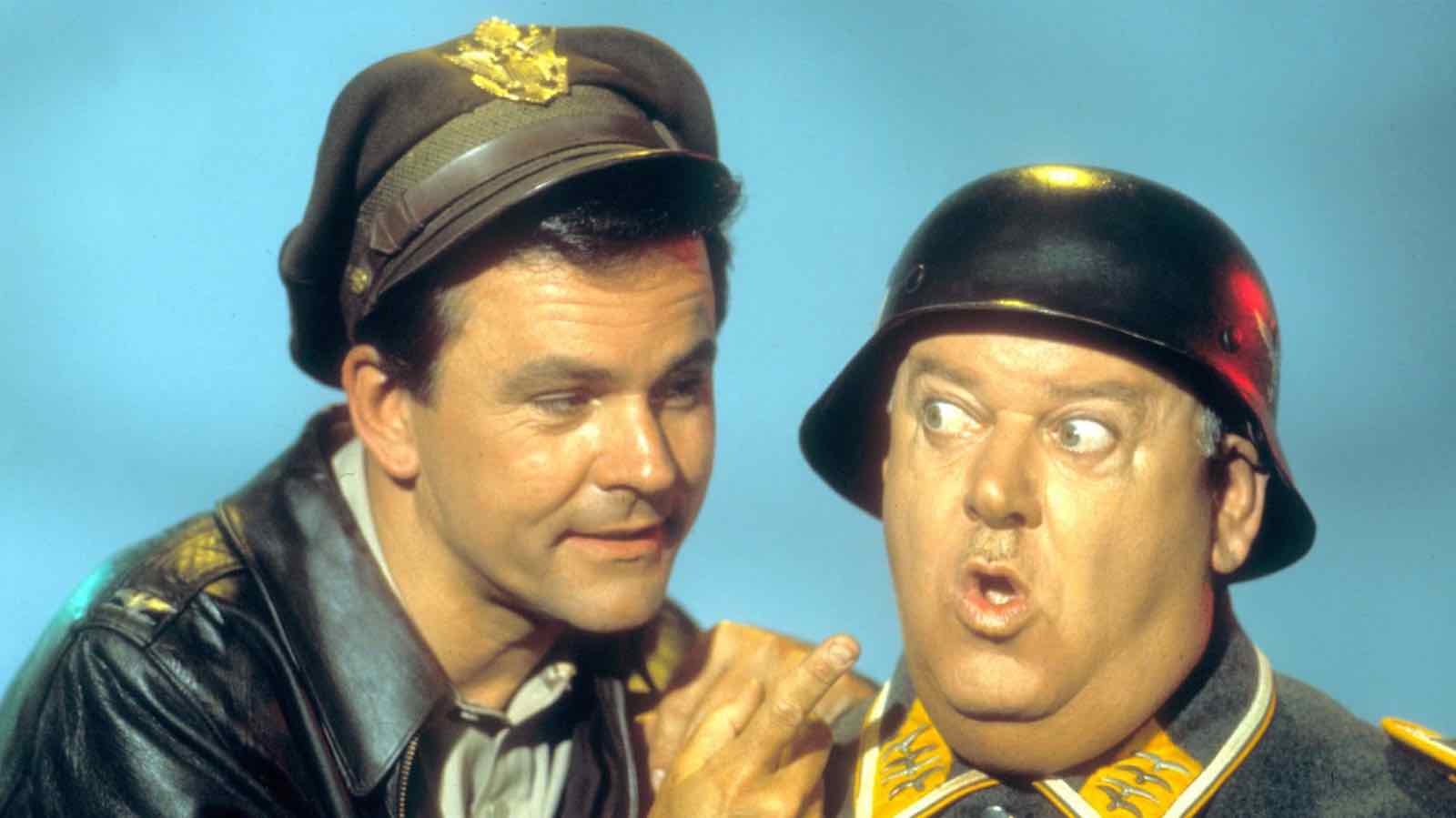 Helping Crane delve into this side of himself was a man named John Henry Carpenter, a regional sales manager for Sony later Akai. Carpenter rode Crane’s coattails, meeting women drawn to the famous actor and helping him film the encounters.

Robert did make it clear that he believed that his father never went too far with his sexual proclivities, “My dad loved women. I think he might have been overcompensating for the lack of a solid career in the final years, and maybe that fed his ego to meet a woman in a nightclub and they’d go off and sleep together. But I never looked at it as dark because it was consensual. There weren’t hidden cameras or anything.”

(Note: While Robert sticks by this account, at least one woman said that she was unaware that she was being filmed during a sexual encounter with Crane until Scottsdale police came calling.) 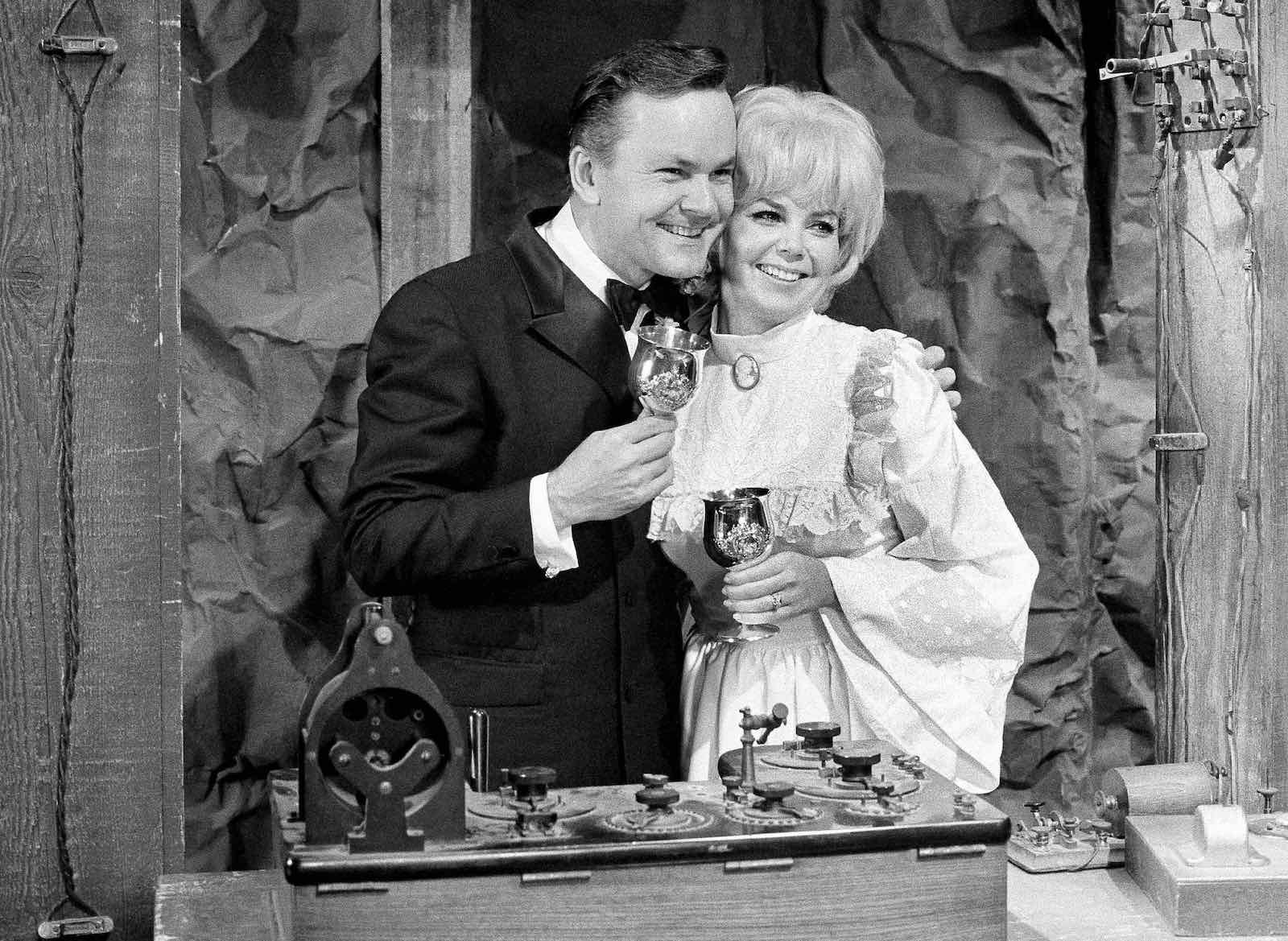 Even so, Crane’s career took a nosedive that never fully recovered. Relegated to guest spots on television series and performing at dinner theatres around the country, Crane briefly returned to TV with The Bob Crane Show at NBC, which lasted only 13 episodes before cancellation.

Crane was doing dinner theatre at the time of his death. He was in a show called Beginner’s Luck in Scottsdale, Arizona. Then he missed a lunch meeting and his co-star Victoria Ann Berry went to Crane’s house to check on him.

That’s when she found the body. 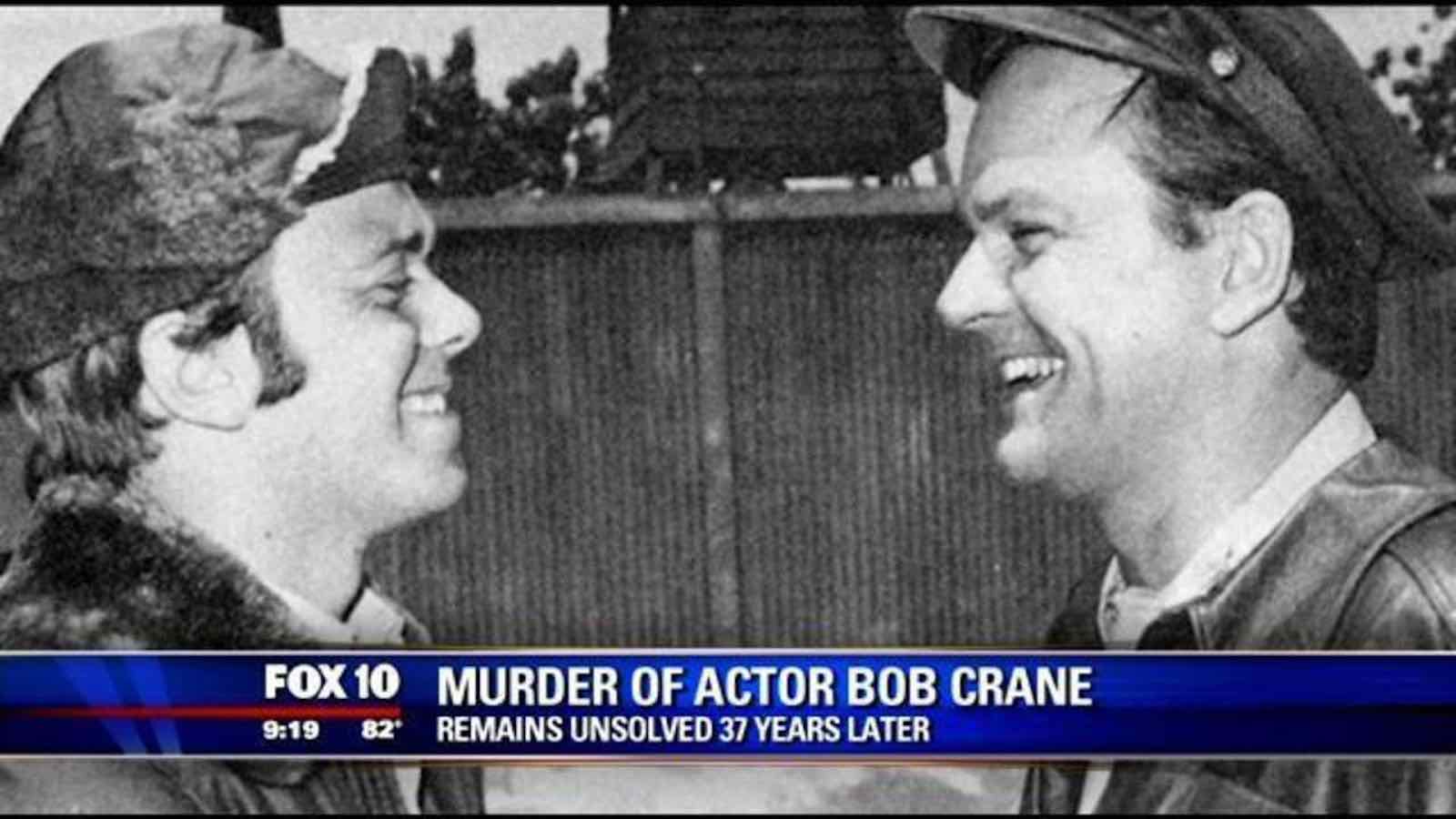 It’s safe to say the scandal that surrounded Bob Crane’s know tendencies regarding sex only ramped things up when he was discovered murdered at his apartment on June 29, 1978. Crane had been bludgeoned to death and found with an electrical cord tied around his neck. The damage to his face had been so bad that only one side could be identified. Crane was 49 at the time of his death. He was two weeks away from turning 50.

With the big 5-0 bearing down on Crane, Robert said that his dad was planning on making changes in his life. He planned on divorcing his second wife, his Hogan’s Heroes co-star Patricia Olson, and cut Carpenter from his life. 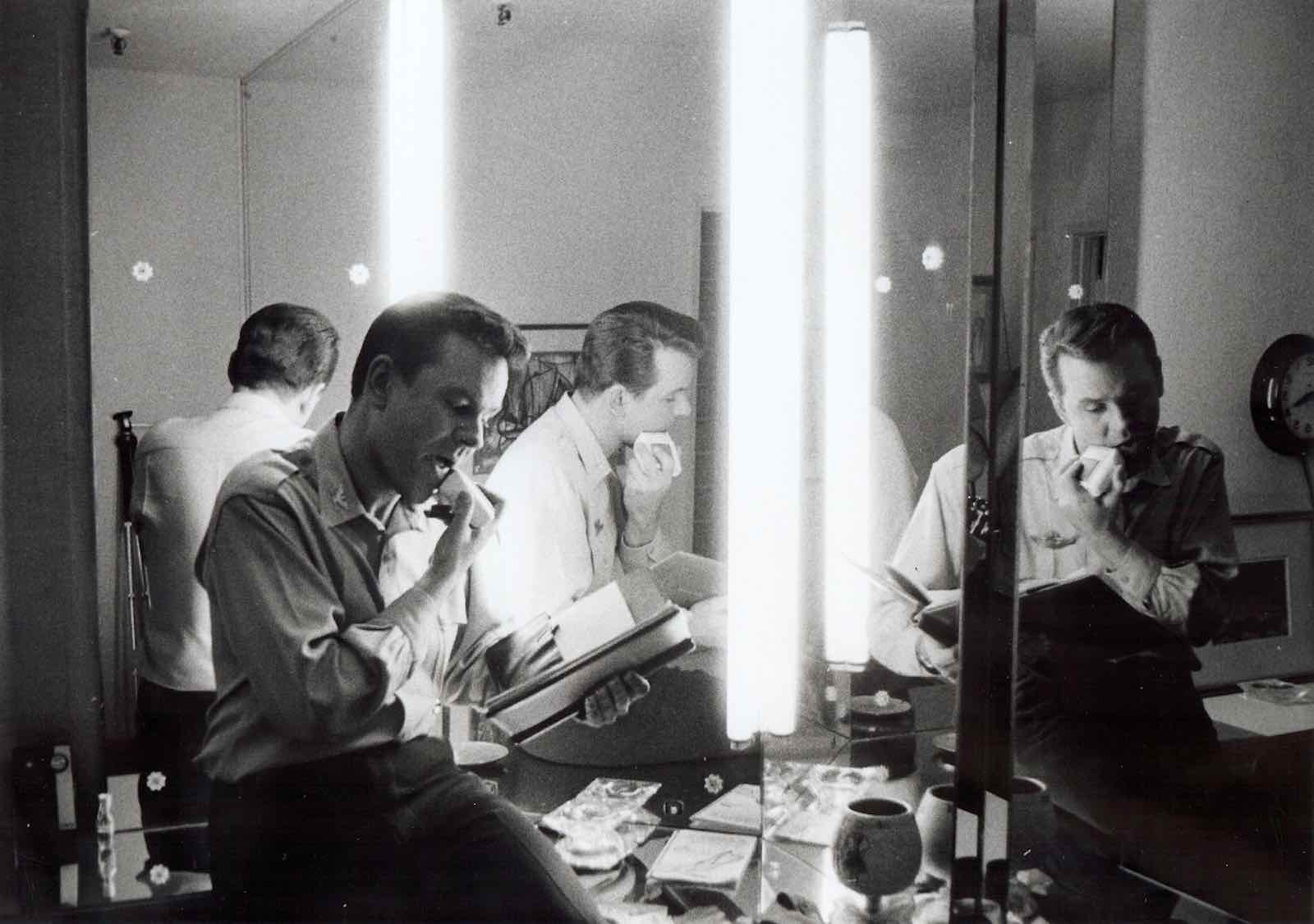 Hours before Crane’s death, Carpenter was seen arguing with him at a club in Scottsdale. Naturally, when Crane’s body was found, Carpenter quickly became the prime suspect for Scottsdale detective Barry Vassall. Now while Carpenter definitely had a motive, evidence was a little hard to come by. Robert described the crime scene as contaminated from the get go while Vassall said otherwise. This was in 1978 so DNA testing was not a thing yet.

There was, however, a lot of blood: type B to be exact. It matched Crane’s blood type. Type B blood was also found in the rental car for Carpenter. 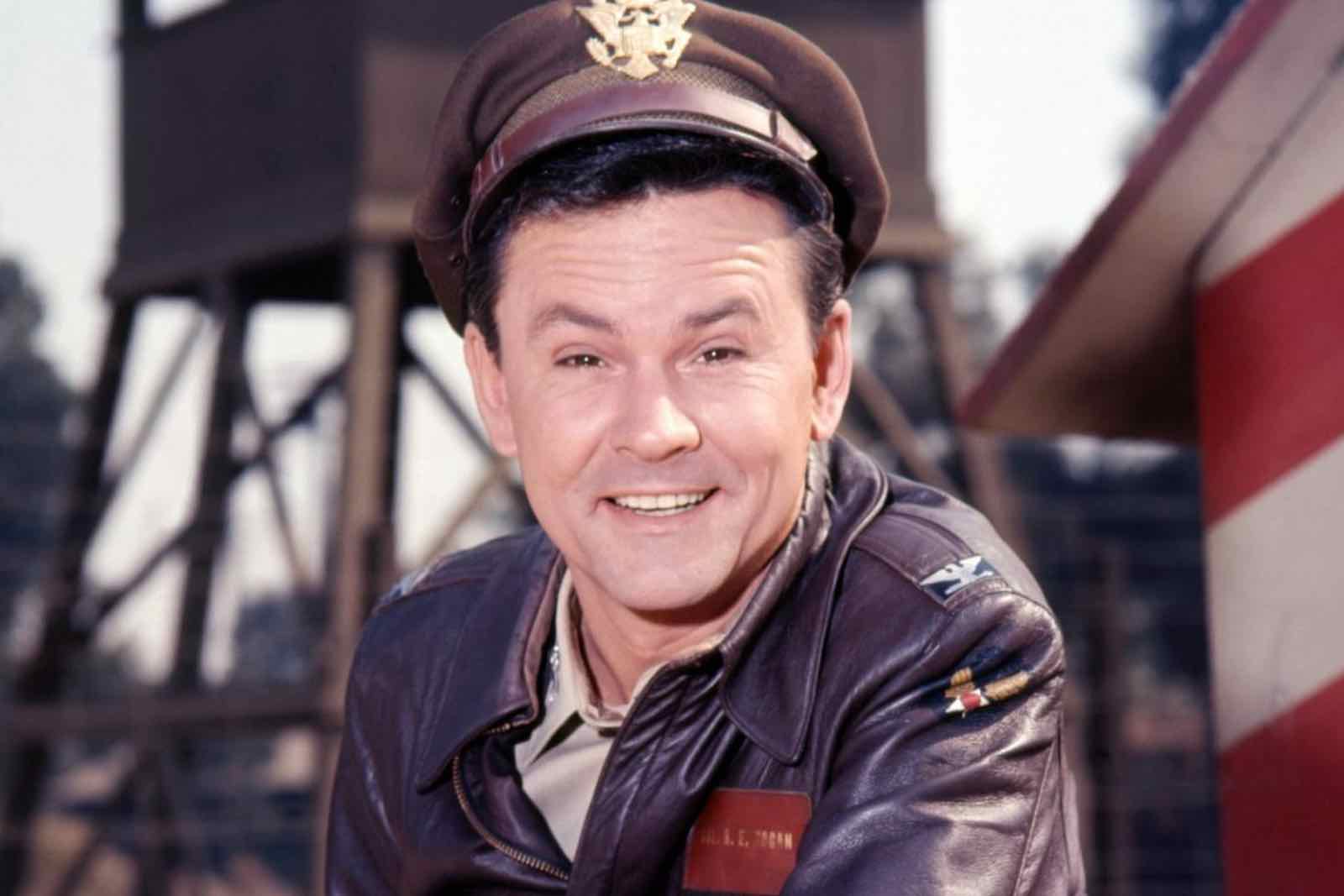 “There were some traces of blood on the back of the exit door, the front door, the doorknob. There was a red stain on the curtain. We found blood in [Carpenter’s] rental car and on the passenger door. It was Crane’s blood type. Nobody else who handled that car had the same blood type as Crane. It was type B blood, all of it,” Vassall said.

Without the smoking gun, however, Carpenter went free though he remained a suspect. No one has ever found the murder weapon, though some believe that it was probably a camera tripod. 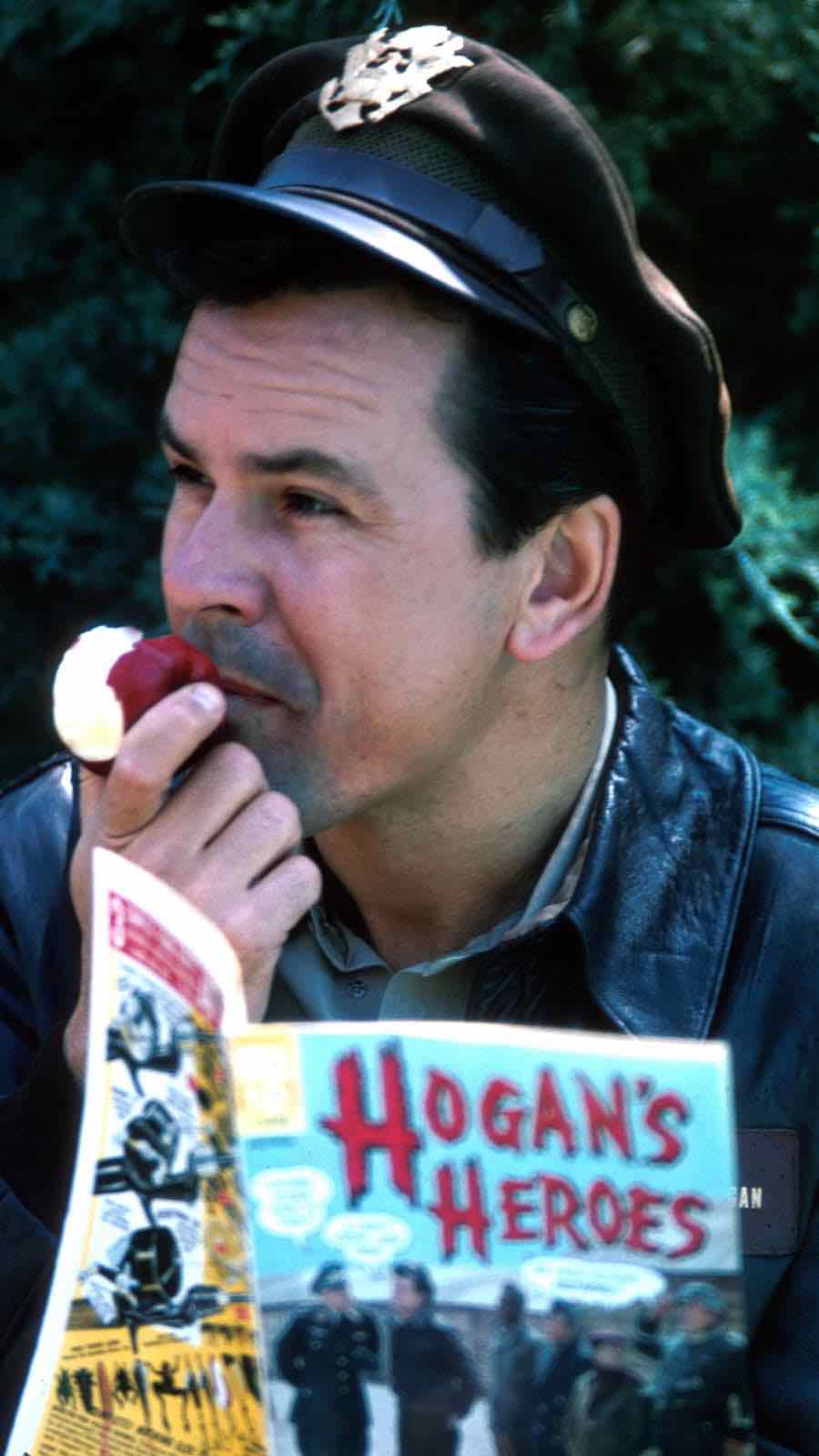 12 years after the initial investigation, detective Jim Raines found what looked like brain tissue in a photograph of Carpenter’s rental car. While the evidence was long gone, it was enough for a judge to rule it admissible at trial. Carpenter was quickly charged with Crane’s murder and a trial date was set.

Prosecutors, however, ran into some issues as you do when prosecuting a cold case. There was an inconclusive DNA test on the blood, witnesses remembered Carpenter and Crane having a friendly dinner that night, and the murder weapon still has never been found. Meanwhile, the defense team was more than happy to trot out Crane’s sexual predilections for the jury and suggested that an angry lover, husband, or boyfriend could have attacked Crane. 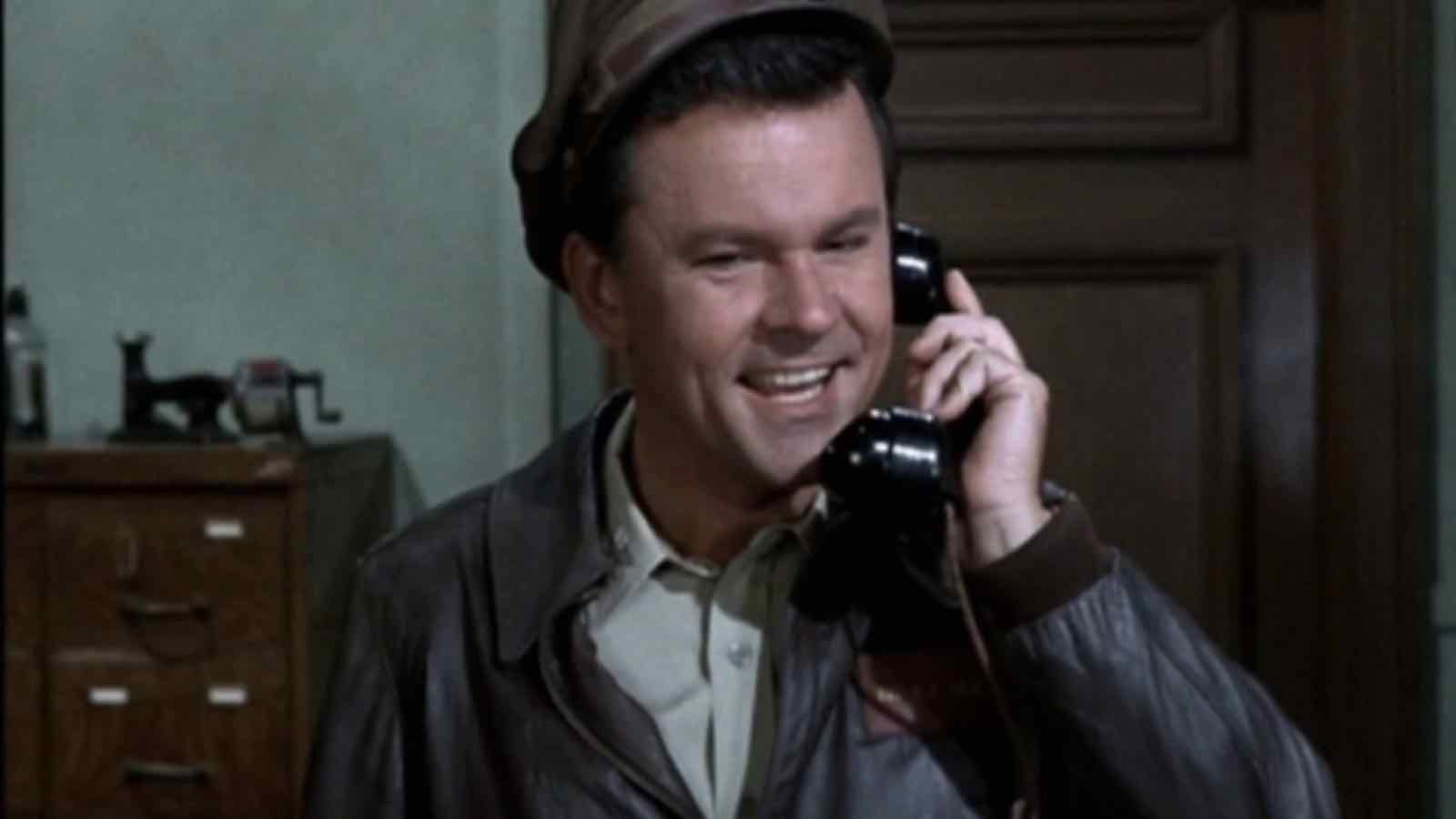 The strategy worked. Carpenter was acquitted of the murder of Crane and died in 1994. Vassall and others believed that Carpenter was Crane’s killer and got away with murder.

But there are other theories. 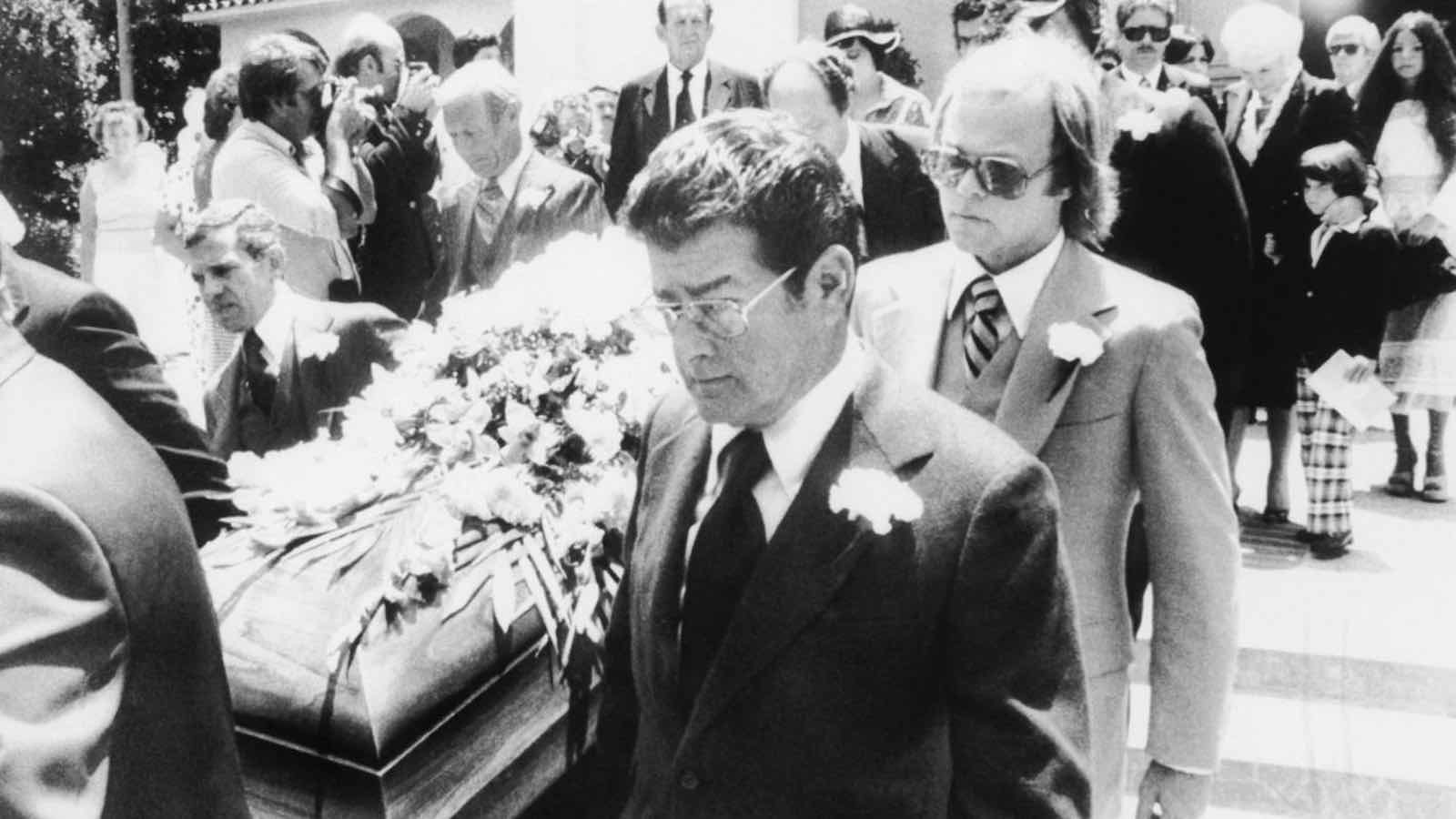 Robert believed that his stepmother, Patricia Olson, was involved with the murder in some way. She and Crane were in the middle of a divorce at the time of his death. This way, she continued the lifestyle that she was accustomed to. Olson died in 2007 from cancer.

In 2016, reporter from Phoenix John Hook did a television special about Crane’s murder and convinced the DA to allow him to get the evidence from the crime scene tested at Bode Cellmark Forensics. While the rest of the results were inconclusive, DNA from an unidentified male was found. Hook, however, subscribes to the Carpenter theory.