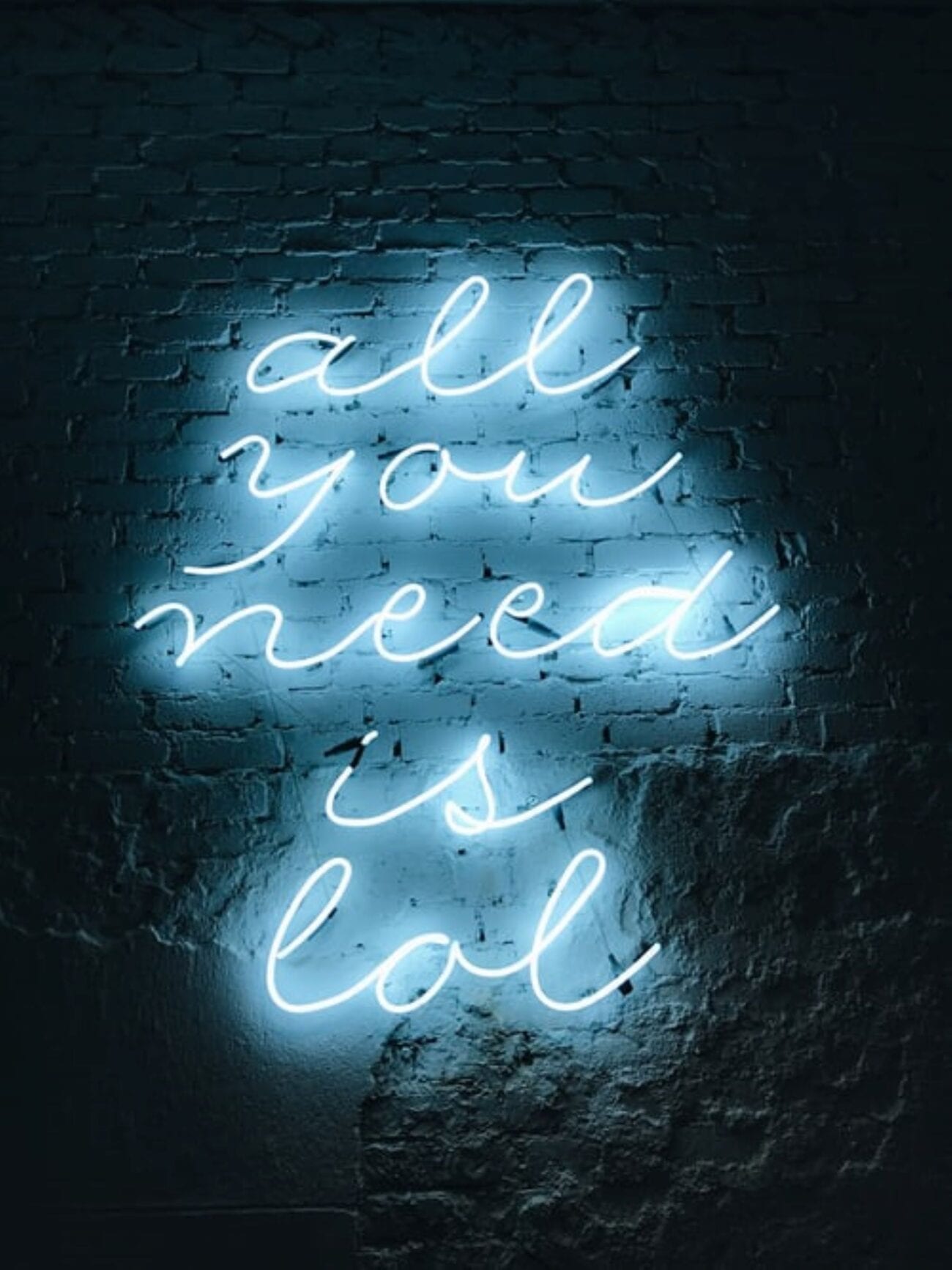 All the biggest covidiots during quarantine: Celebrity edition

There have been a number of words which have become more common in our everyday vocabularies thanks to this awful worldwide pandemic, in fact, pandemic is one of those words – along with quarantine, social distancing, virus, and mask.

Though there has also been the creation of a new word, covidiot. Covidiot is a noun meaning someone who is acting idiotically in regard to COVID-19. This could look like anything from wearing a mask with a hole in it to crowding into a bar with a bunch of strangers.

Celebrities have recently proven they are not immune to acting like covidiots, and if fact, seem to have a penchant for it. We’ve compiled some of the more astounding acts for you to peruse with a mixture of horror and bewildered amusement. (A lot of the tweets being referenced have since been deleted.)

Some people love the man, some people hate him, but when Musk tweeted on May eleventh he was reopening one of his California factories he not only put his and everyone else’s health at risk, he broke the law. (Not to mention he has a newborn baby son he likely held after being in the factory all day.) 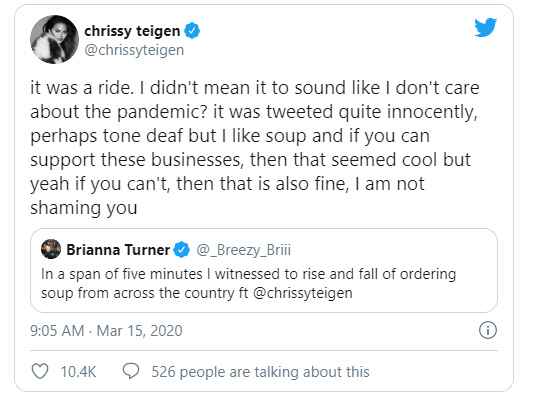 During March – the time when shipping companies were overwhelmed with demand as people began to realize going out to shop wasn’t safe, Chrissy Teigen tweeted about how much she loved Goldbelly and was having clam chowder shipped to her from Boston. (Teigen lives in LA.)

The above tweet was her response to one of many upset tweets. Her best defense was “I love soup”.

Star of Vanderpump Rules Scheana Shay tweeted about how she thought quarantine was ridiculous and she wasn’t going to stop living her life, before inviting her friends to come to hang out with her in Palm Springs.

In the tweet above she explains her other, now deleted, tweet by admitting she wasn’t well informed on the subject, which is an admirable admission – but maybe she shouldn’t have tweeted on something she didn’t know anything about. 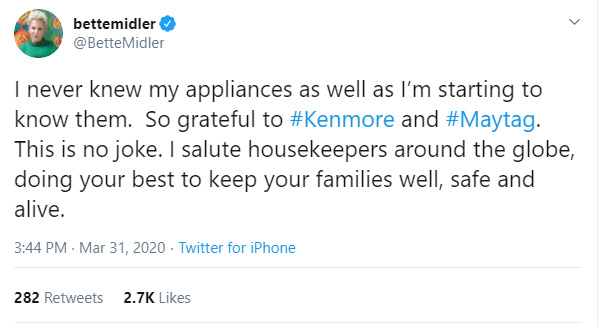 For a woman who seems to pride herself on her Twitter “wokeness”, Midler managed to make a weirdly out of touch Kenmore & Maytag tweet, which by the way, she did not mark as a sponsorship. 🤔

Not only did she make it clear she never used to cook for herself pre-quarantine, but she also referred to people who stay home to take care of their families as “housekeepers” which offended pretty much everyone.

A well-intentioned tweet supporting charity to help hospitals during the pandemic took a turn when fans pointed out Williams is one of the richest, if not the most rich, rapper around. Fans said Williams should be donating money himself instead of asking his followers to do so. Williams later made it clear he had donated already, so this was more a mountain out of a molehill situation. 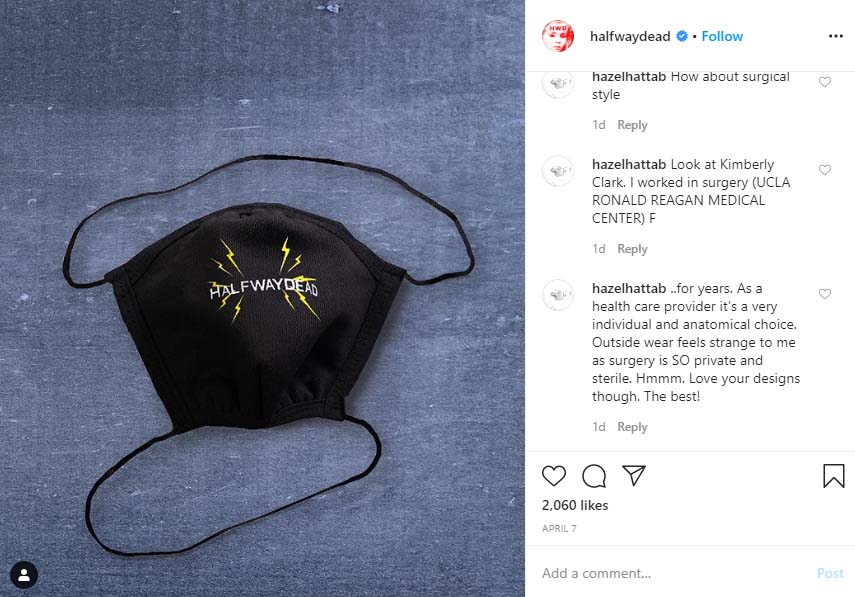 This Kardashian’s skate brand is named Halfway Dead, which before the pandemic was probably a fun & edgy brand name for anyone who was into skating. However, when masks began being mandated the company quickly started selling $30 masks with the company’s name on them.

Anyone who isn’t familiar with the brand, which is probably most people, could easily find this choice in overpriced mask extremely offensive given the circumstances. 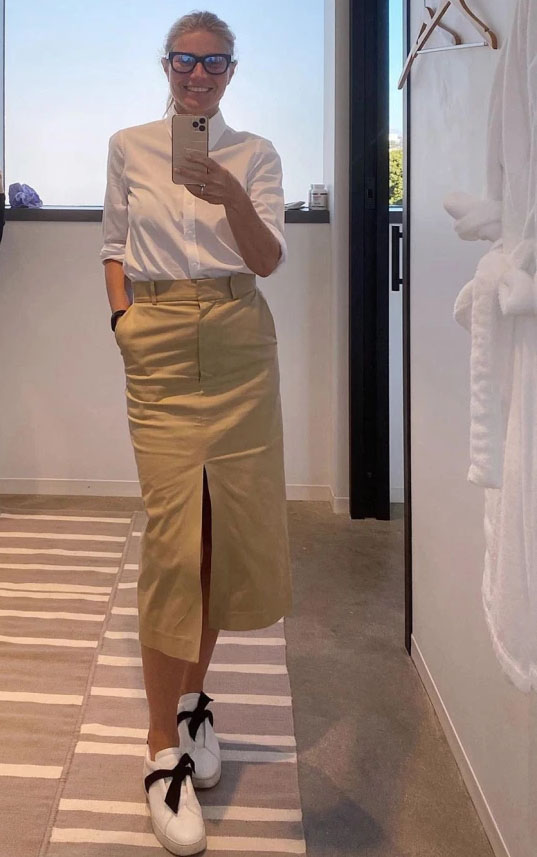 The owner of Goop, a “wellness” company which specializes in selling overpriced gadgets with no scientific backing, posted a selfie to Instagram. A potentially innocuous act, until you read the caption of the now-deleted pic.

The caption encouraged people to swipe up to buy the outfit she was wearing, which consisted of a $450 skirt and $425 sneakers. Paltrow had the audacity to post this during a time of record unemployment.