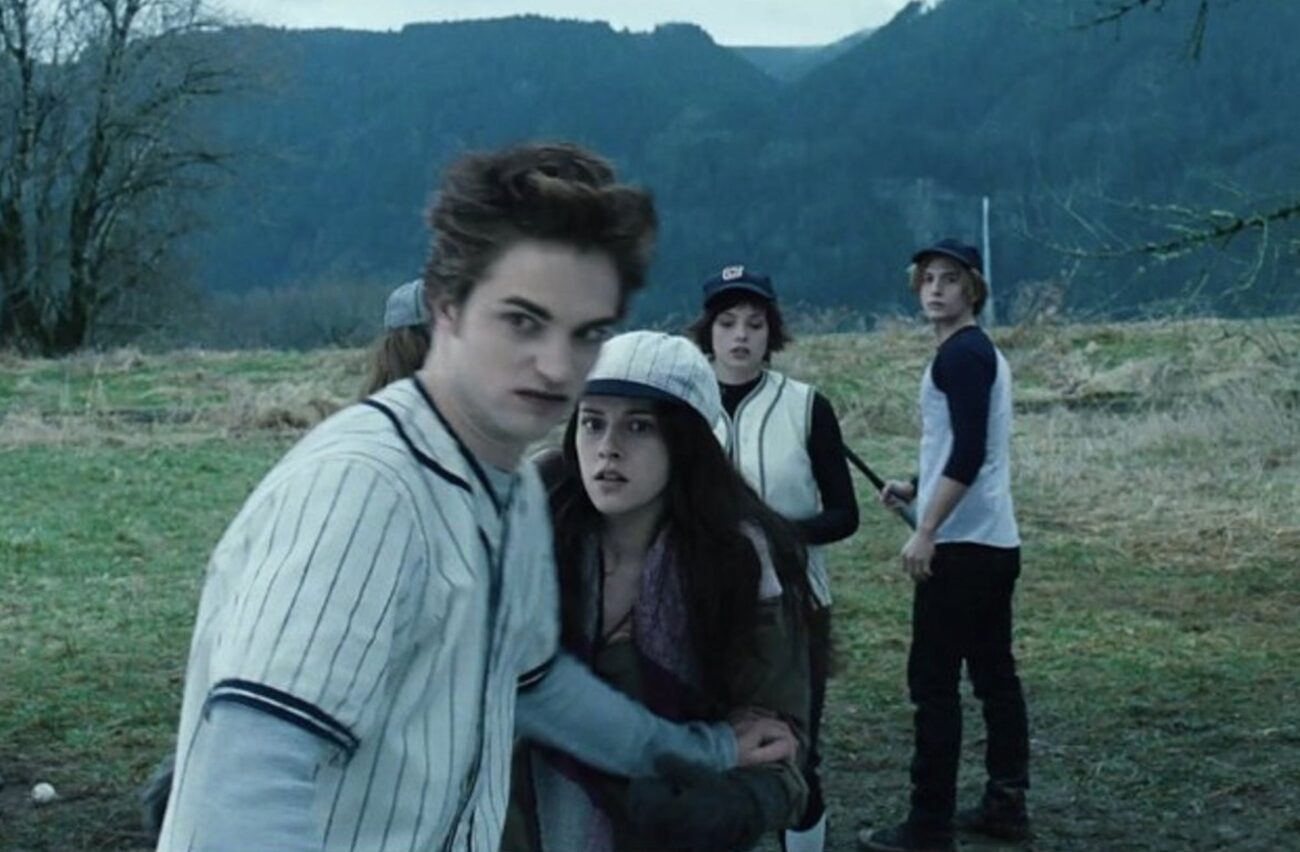 Did Twilight first release back in 2008? Yes. Are we still laughing at Twilight memes in 2021? Absolutely. The teen vampire saga may not have aged well as a serious piece of cinema but it definitely has aged into perfect meme-worthy material. Love it or hate it, the Twilight movies have some (accidentally) hilarious moments.

For your meme viewing pleasure, we’ve compiled some of the best Twilight memes to grace the internet. Go ahead and send these memes in your group chat to make all your friends both cringe & laugh.

i apologize for the person i have become ever since i watched twilight pic.twitter.com/kjkZsNn4ky

We just can’t help it

It’s not our fault that Twilight refuses to leave our brains.

Honestly, he didn’t try that hard.

life has been downhill ever since the final twilight film came out in 2012 pic.twitter.com/wdXsRxMbpt

So much could have been avoided if Edward just went back to Forks . . .

Nothing beats that meme duo.

I made a twilight meme pic.twitter.com/0UaqosvNxE

We admit that if we were Bella, we definitely would’ve thought we’d forgotten deodorant.

We have not recovered since seeing this meme yesterday. Please spread the good word. #Twilight #NewMoon #whatdamnarmy pic.twitter.com/tLJQEPOGS8

Whenever this meme pops up, we wonder, “What were the writers thinking?” 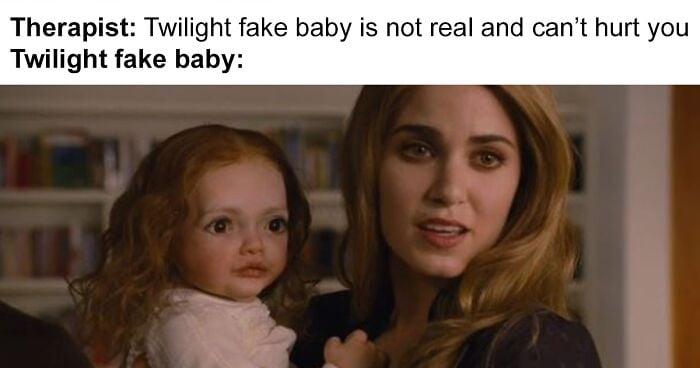 This is on Hereditary levels of horror. 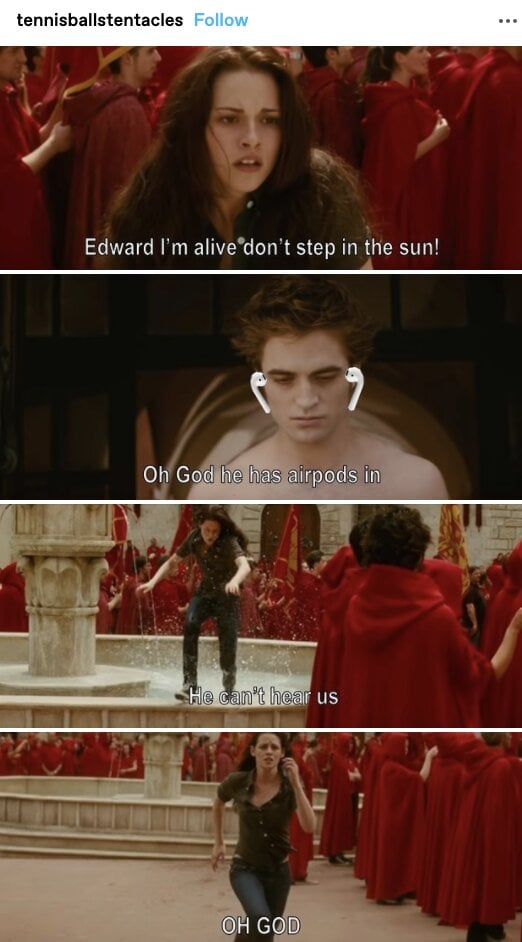 Oh no, he has AirPods in!

Literally twelve years have passed and this scene still stresses us out. 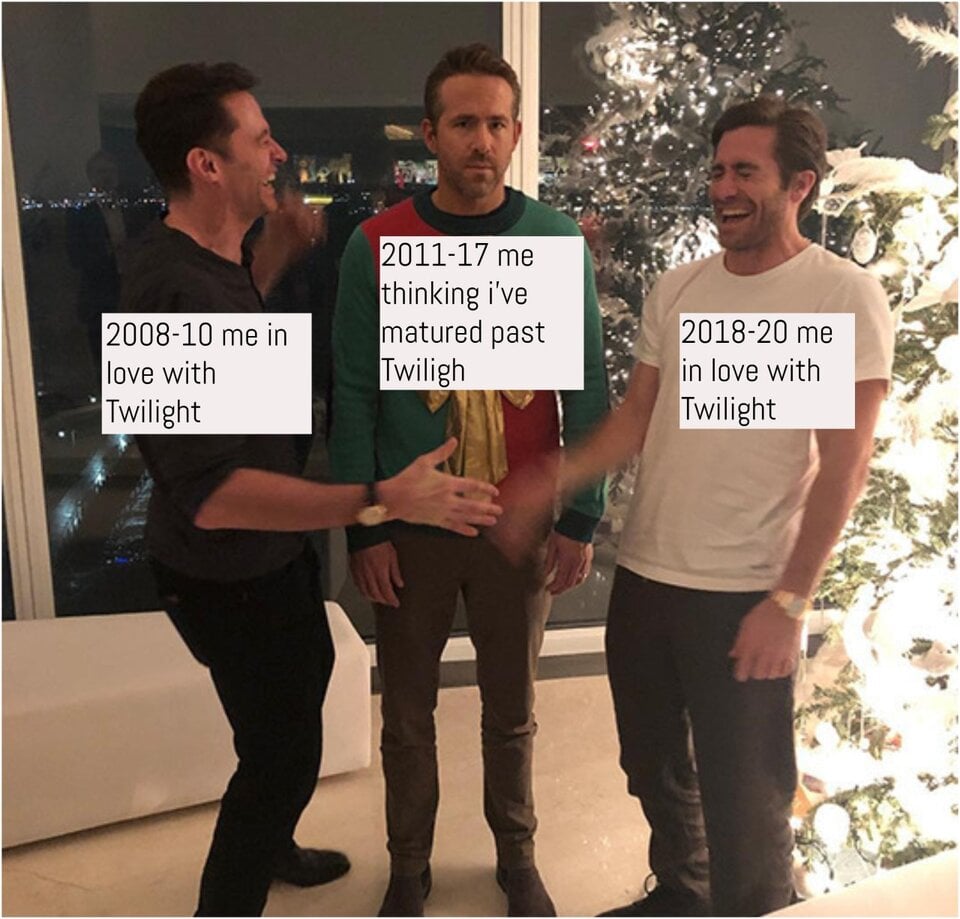 What are your favorite Twilight memes of all time? Let us know in the comments below!