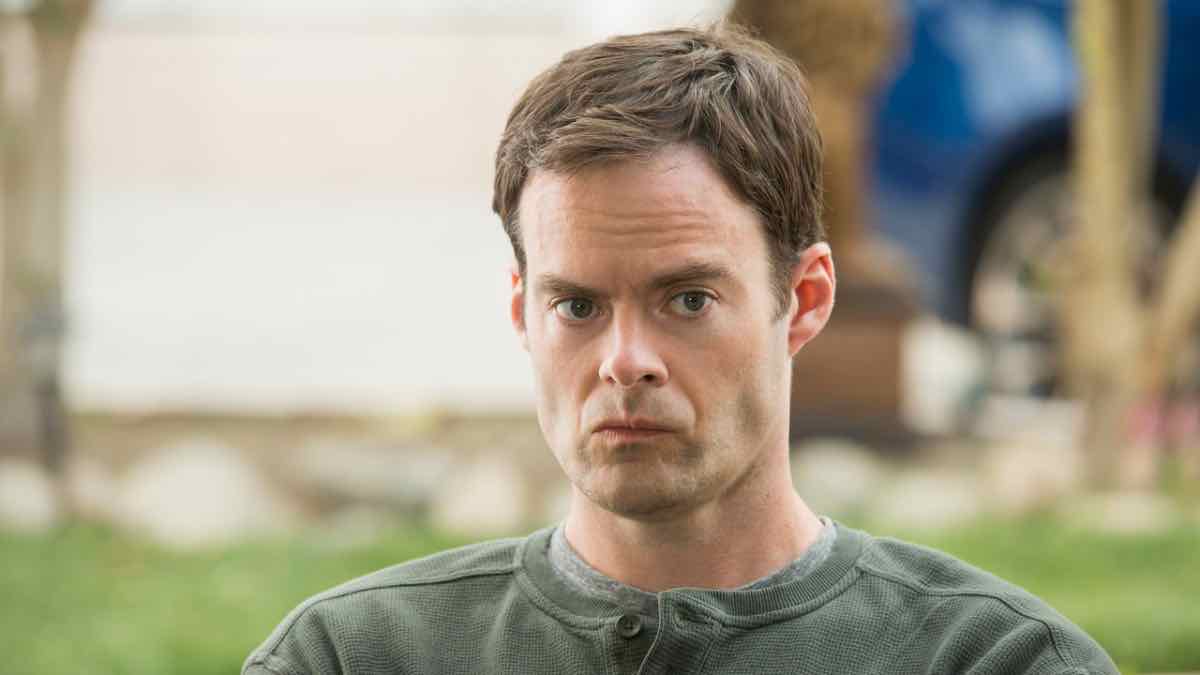 Barry’s the only show on TV we could call a screenwriter’s dream. The action on display in each scene moves every episode forward – as well as tickling our funny bones. We’re proud of Barry for eschewing murders this season (although it took the stakes down a notch) and we’re excited by all the character development. The core bunch are just as self-obsessed and -serving as they were in season one . . . or even worse. 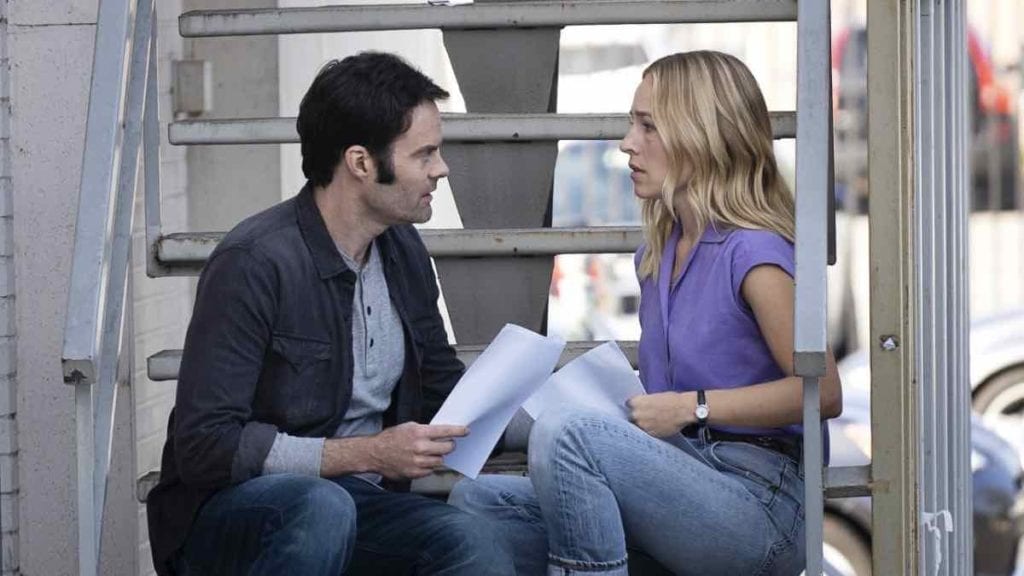 In our fave show of the year so far, HBO’s season two of Barry, the titular Barry (our antihero of the year) is fast learning what the source of all his gargantuan problems is. He’s trying to leave his hitman past in the rearview mirror.

Back in S1, we saw Barry (Bill Hadar) time and time again further complicate his life. Now we’re finally getting to the root cause of that behavior, so eloquently put in last week’s episode, “Ronny/Lily”. 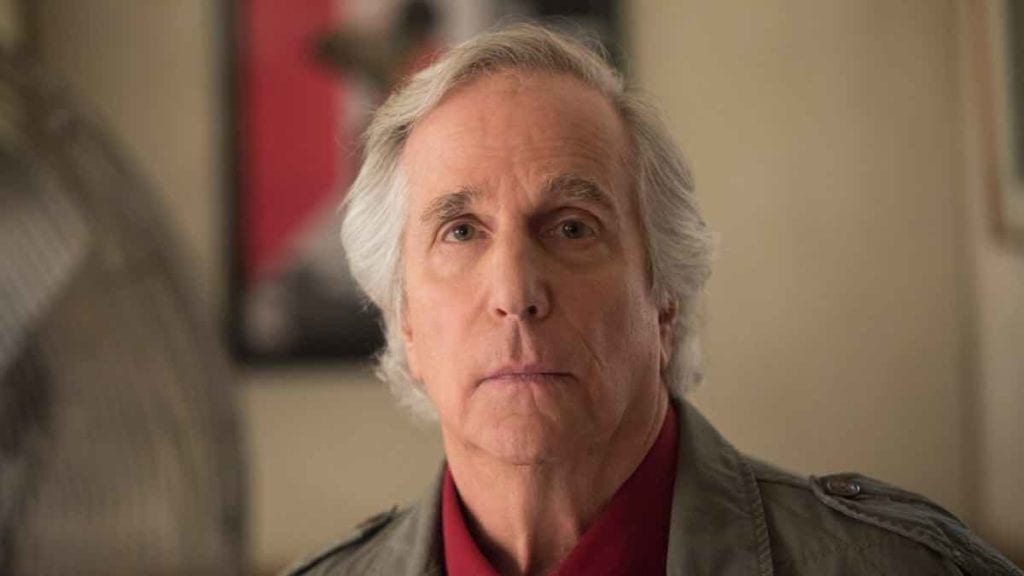 Simply put, Barry’s very impressionable. His hit handler Fuches was the devil on his shoulder for the past few years. Now Barry looks to his acting teacher Gene (Henry Winkler) for guidance. If Gene Cousineau, narcissist and all-around terrible human being, is your point of reference, you’re royally effed.

After the unrelenting action of “Ronny/Lily”, the theme of truth is everywhere in “The Truth Has a Ring to It”: when you finally find it, it could either set you free, or just make things even more complicated. Barry, horrified at his history of monstrous crimes, is trying to forge a new inner truth for his identity; Sally seeks salvation by telling her real story of past abuse; and Fuches is looking for the truth to help him take revenge. 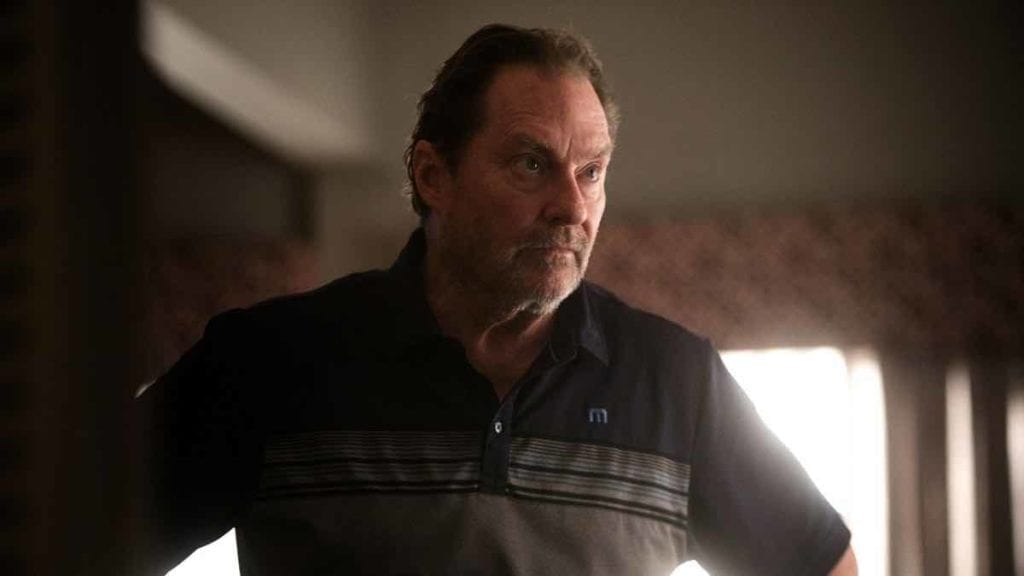 Since Barry moved to L.A., he’s been juggling his acting goals with his criminal life: initially running hits for Fuches (and cleaning up the huge messes that came with them), then paying his debt to NoHo Hank.

Early in the episode, Barry stands up to Fuches yet again, severing their working relationship, and NoHo Hank frees Barry from his obligation to his crime family (in one of the funniest scenes of the season so far). 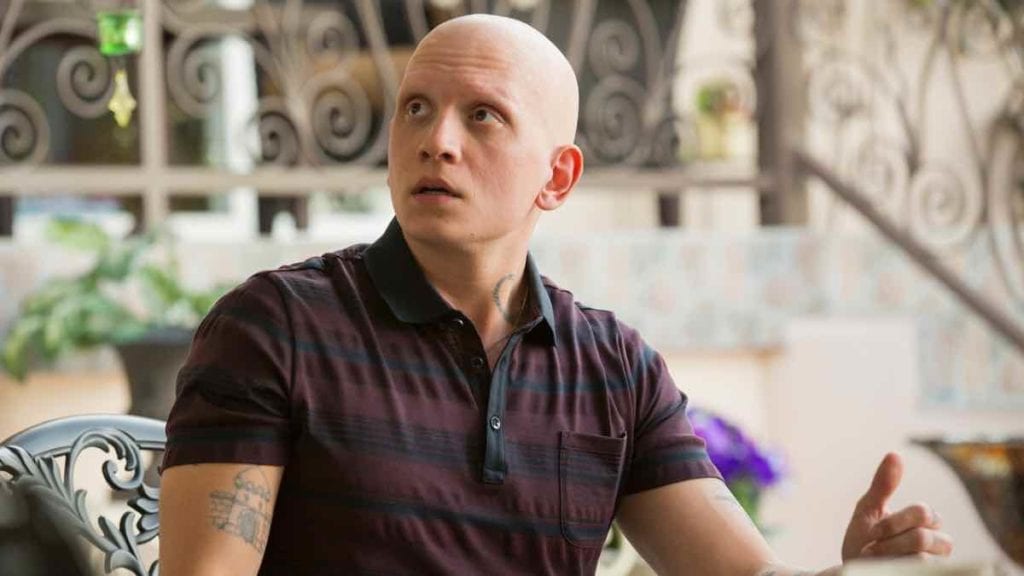 Ostensibly a free man, Barry dedicates everything into his acting performance as Sally’s ex-husband, Sam (who narrowly escaped with his life a mere two episodes ago). Sally rewrote this scene to reflect her abuse at the hands of Sam more accurately – but the read-through goes down like a lead balloon.

As Sally spirals at this rejection, Barry convinces her to go with the truth – almost as a way to counterbalance his own understandable inability to reveal his true past. With all that baggage behind him, he looks to Gene for inspiration on how to make his scene with Sally really hit home. 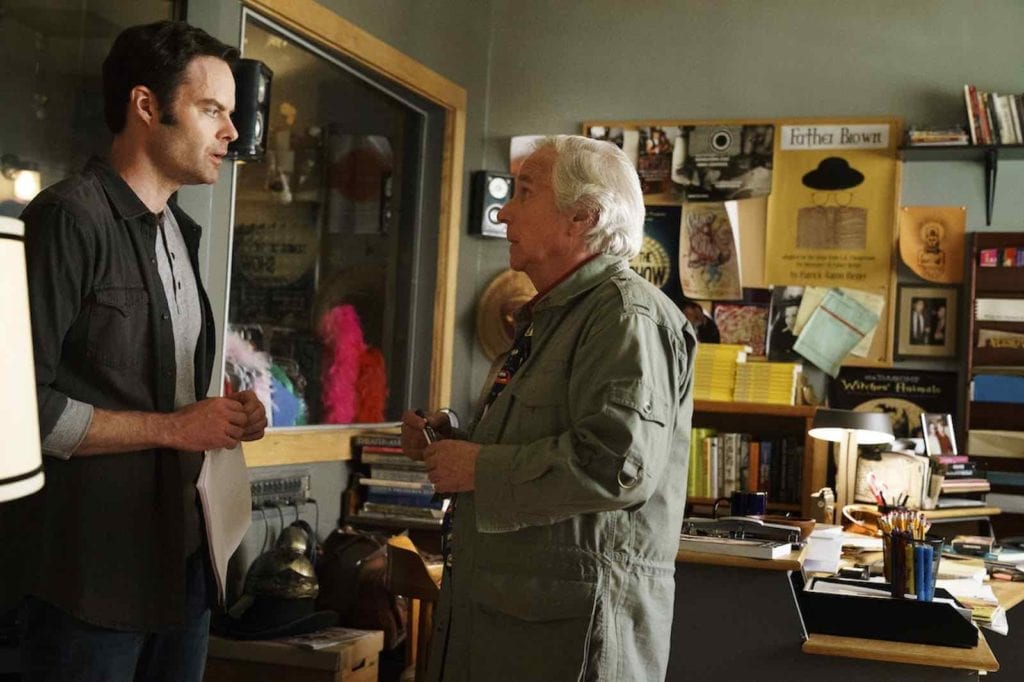 Barry Block, as an actor (and human being) has been perpetually blocked. He’s a character so out of tune with himself that he’s never been able to draw on any life experience to hone his craft. Barry Berkman’s life experiences have been so limited and extreme that instead of using his memories to enrich his method, he has purposefully buried them.

On Gene’s advice, Barry channels his anger (running through a series of terrifying memories including killing Janice, Gene’s girlfriend). When the time comes for them to perform, Barry begins his usual reading style, sans emotion. He asks to start over. 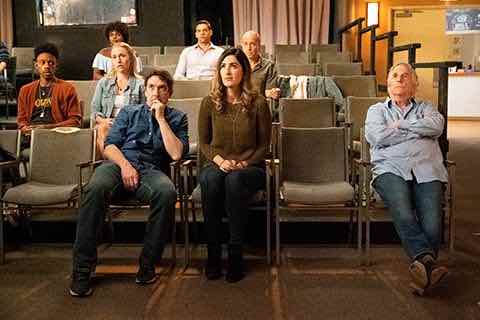 He’s killed people. He killed Gene’s girlfriend Detective Janice Moss. He uses those feelings of shame and anger to embody the abusive Sam – and this about-face also transforms Sally’s performance. By channeling their regrets, they produce a raw, powerful, and disturbing product. Their classmates are agog. Did they really just see Barry Block acting?

While Barry’s newfound emotional technique garnered the performance of a lifetime, we’re betting accessing those emotions will cause Barry a whole mountain of problems down the line. 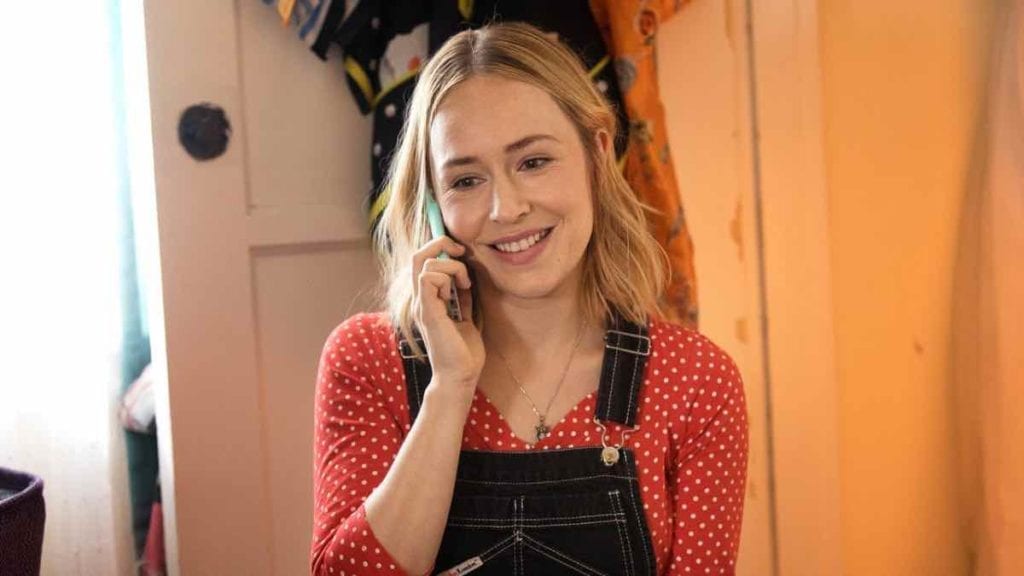 We leave Barry and Sally with Gene giving Barry congratulations and Sally chatting with her agent, who just happened to have come in off the street to find out exactly why Sally was turning down auditions.

Sally’s agent is so impressed with this truth, asking wide-eyed, “Is this your real story?” – perhaps because post-#MeToo and Big Little Lies, being an abused woman is trending, or perhaps she has experienced something similar in her personal life – her agent asks Sally to come into the office for a sit-down. 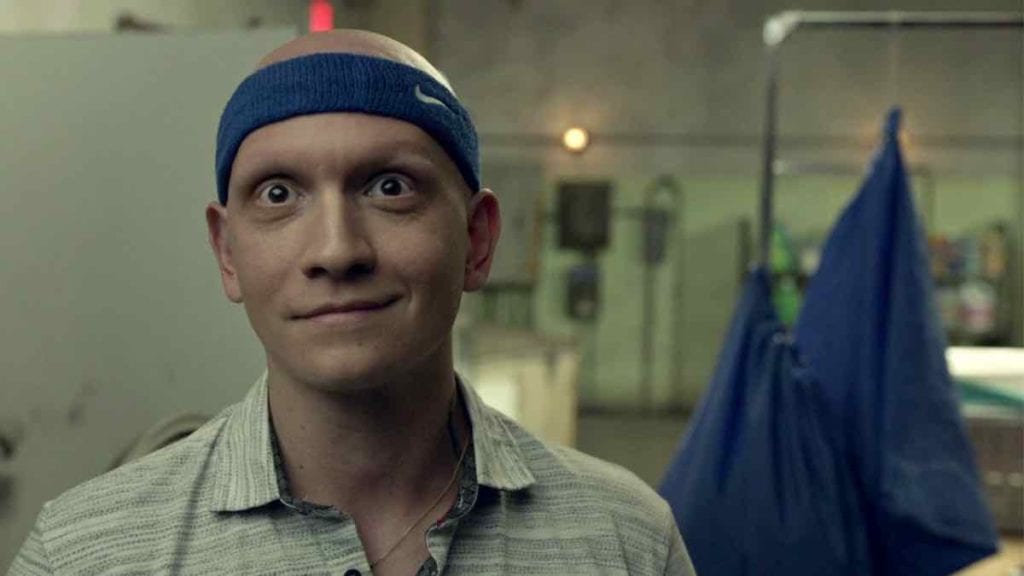 Elsewhere, the heist Noho Hank had planned (to pop Esther and her crew so he can have Cristobal all to himself again) has gone south. When it’s go-time, Noho Hank runs downstairs to find that Esther & Cristobal have captured his newly trained team of “badasses” at gunpoint.

Noho Hank was sold out by his defensive accordion player: retribution for being rude to him earlier. How’s that bald weirdo gonna get outta this one?