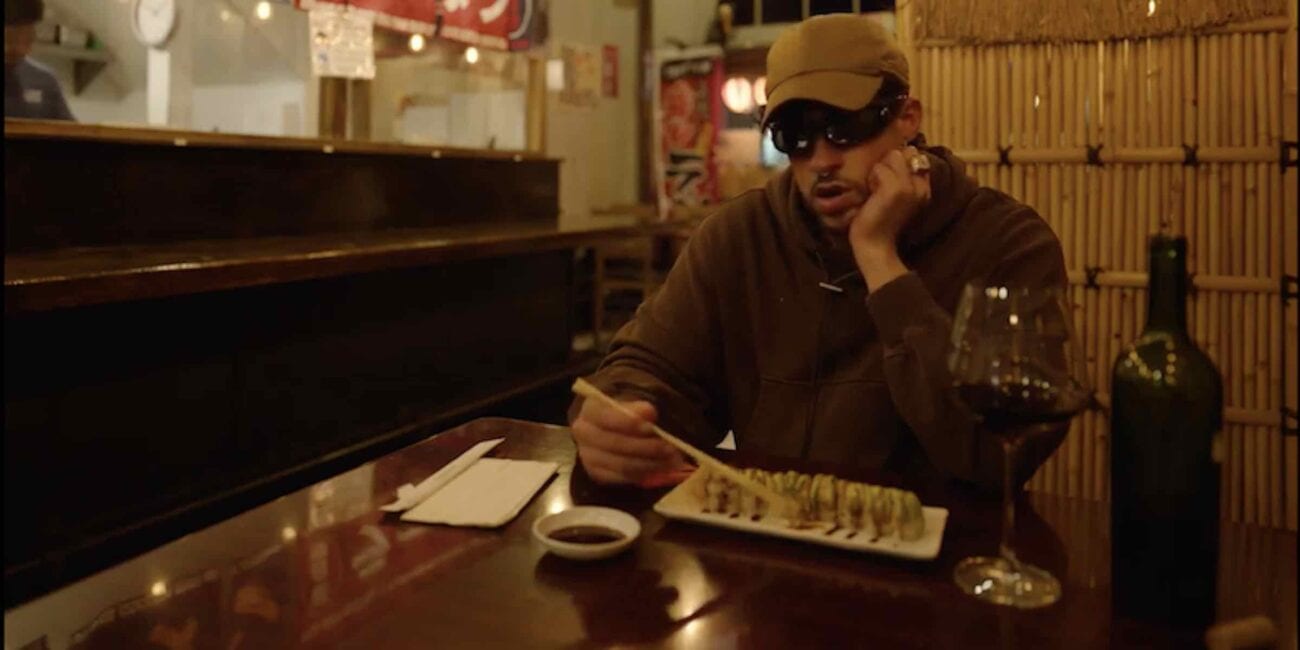 Bad Bunny fans – come get your juice! Bad Bunny’s new song “Yonaguni” was released today as promised by the artist during his last single release to the joy of fans on Twitter and other social media platforms.

Bad Bunny hinted at the new song’s release during the release of his collaboration with Luar La L “100 MILLIONES”. He described the song as a “mellow dance” record during a conversation with Zane Lowe for Apple Music, the Puerto Rican singer showcasing his many talents as he sings in Japanese.

Bad bunny referencing Itachi… just when I thought I couldn’t love him any more pic.twitter.com/WyYNA2WUr0

It hits you right out of the gate!

Good for you for hitting the books, dude!

No need for a flashlight now!

Everyone thank Bad Bunny for this absolutely gem 💎 #Yonaguni pic.twitter.com/tdMrBqwUHg

*Big chorus of voices* THANK YOU!

bad bunny really got me in my feels rn #YONAGUNI pic.twitter.com/4OaWyArHZQ

We’re sending over tissues dude, hang in there!

Have any other great reactions to Bad Bunny’s new song? Drop them below in the comments to keep the beat going!