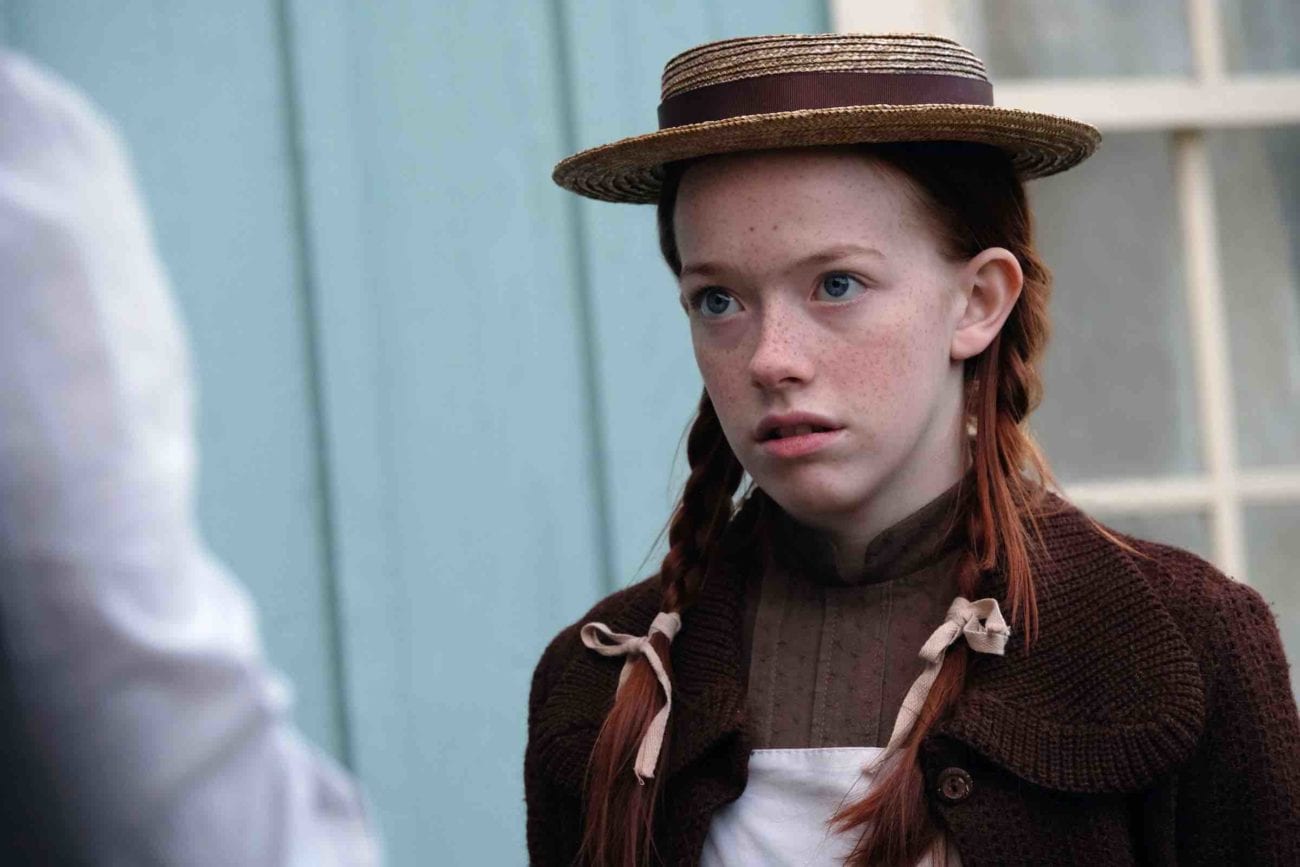 ‘Anne with an E’ season 3 quotes: All the inspiration from last season

We decided to compile some of our favorite quotes from the third season of Anne with an E.  These quotes help us to channel the brilliance of current queen of all things Anne, Moira Walley-Beckett and the OG queen Lucy Maud Montgomery to help us get through our challenges with the grace and capability of Anne Shirley(Amybeth NcNulty).

We have an extra fun trivia tidbit for our Anne with an E lovers. Each season 3 episode is titled using a quote from Mary Shelley’s Frankenstein, published in 1818. Additionally, about halfway through the first episode of season 3, Jerry (Aymeric Jett Montaz) is reading Frankenstein as he and Matthew (R.H. Thompson)  eat lunch. 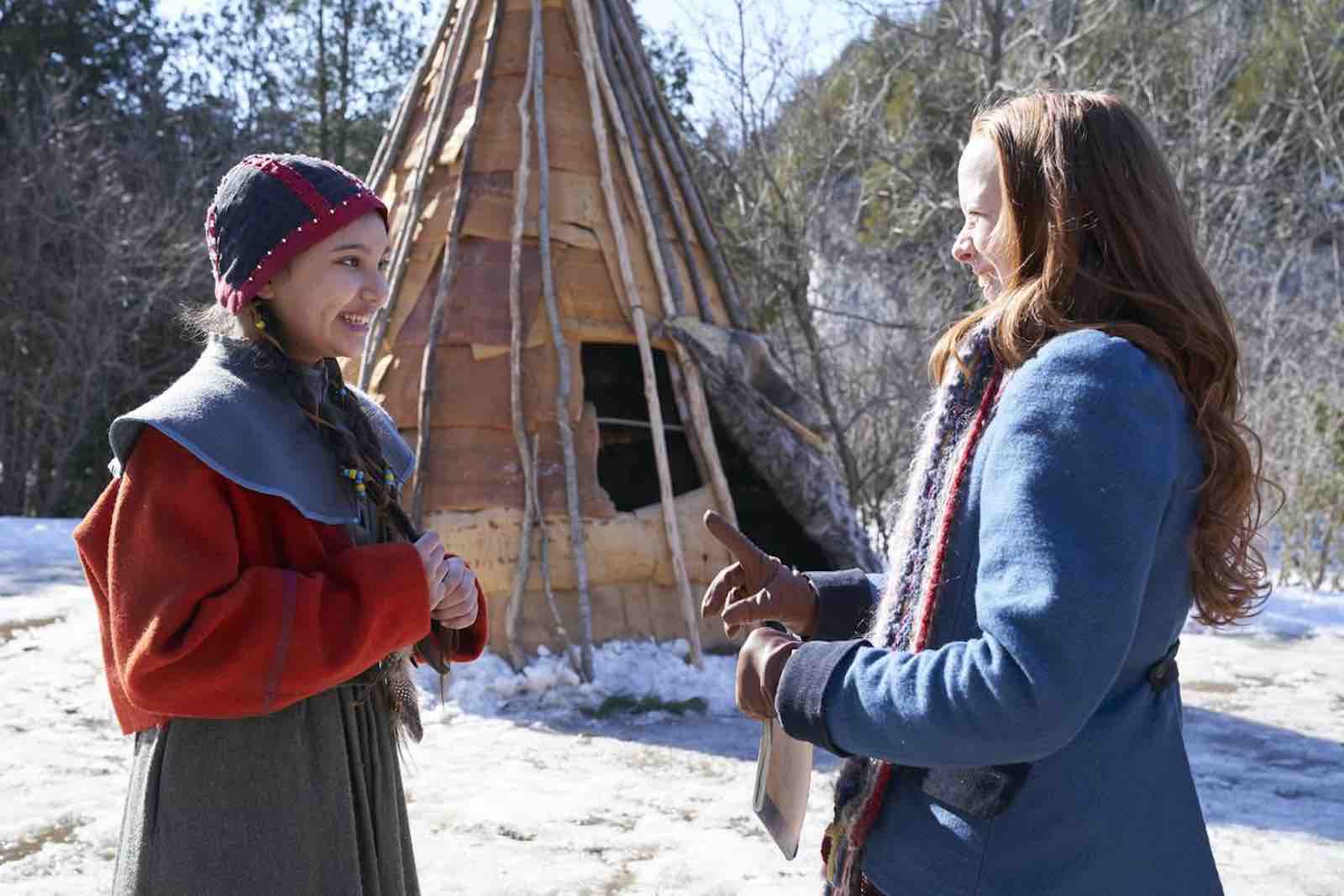 Anne with an E, S3E1: “A secret which I desired to divine”

“It’s funny how people are so quick to point out differences when there are so many ways we’re all alike.”
—Anne Shirley-Cuthbert 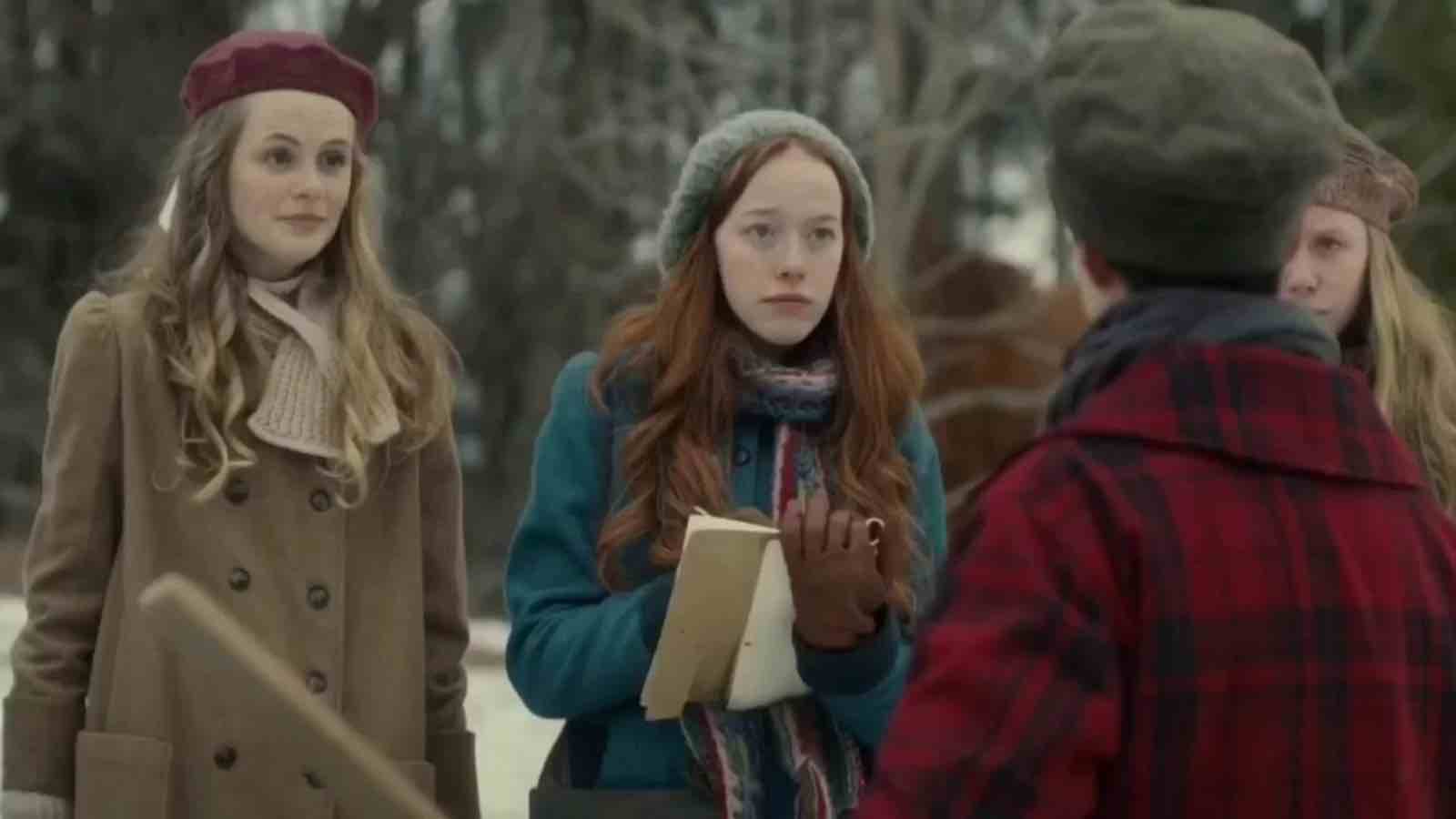 Anne with an E, S3E2: “There is something at work in my soul which I do not understand”

“To bring it into daylight, and realize nightmares aren’t so scary without the protection of the dark.”
—Anne Shirley-Cuthbert

“Cole has apprised me of your quest. A noble one. An inevitable one. An emotional one. But no matter what you learn, good, bad or indifferent, know that you are so much just as you are right now.”
—Josephine Barry(Deborah Grover): (to Anne)

“The best part of knowing the rules is finding acceptable ways of breaking them.”
—Winifred Rose(Ashleigh Stewart): (to Gilbert) 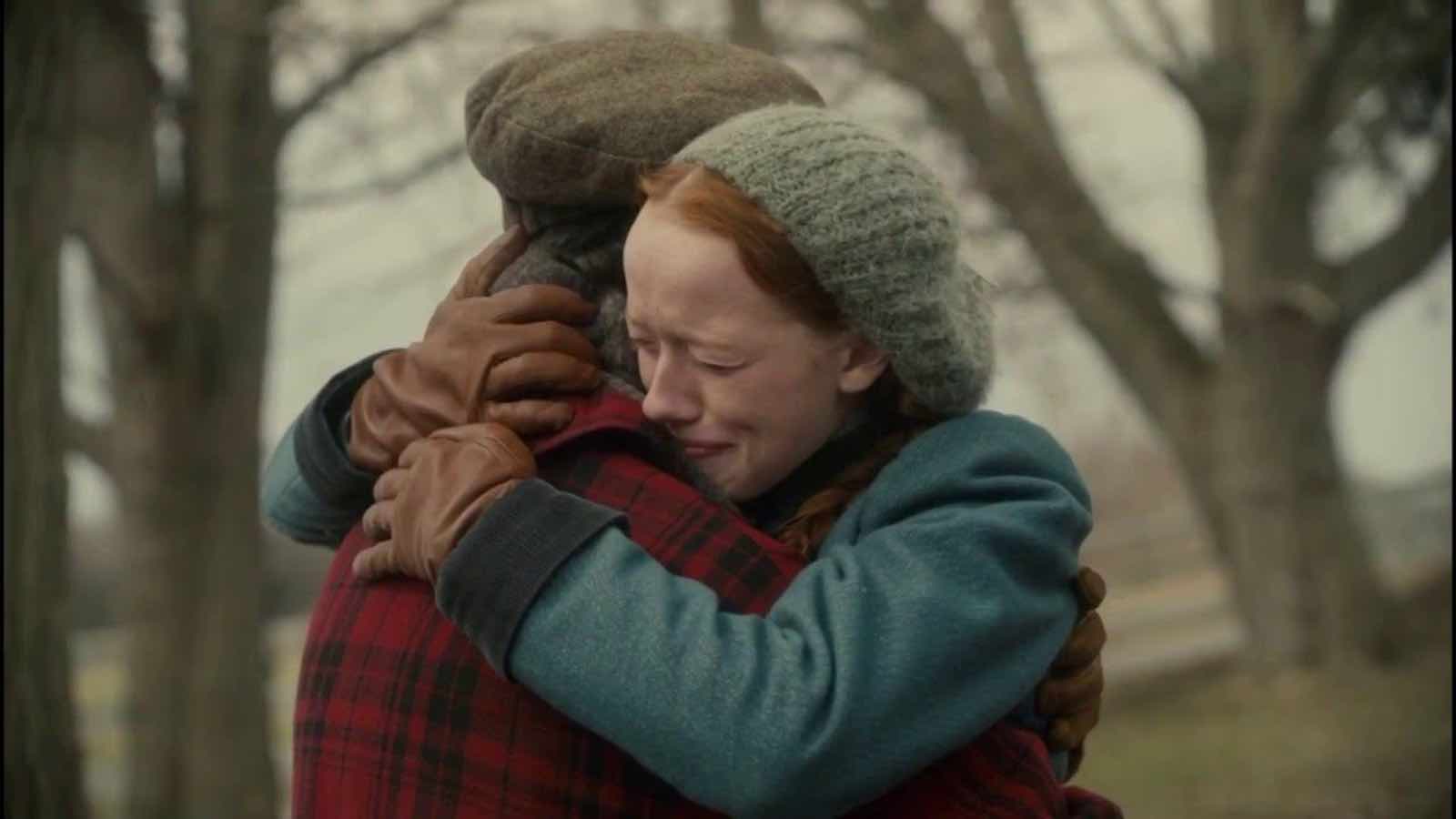 Anne with an E, S3E3: “What can stop the determined heart” 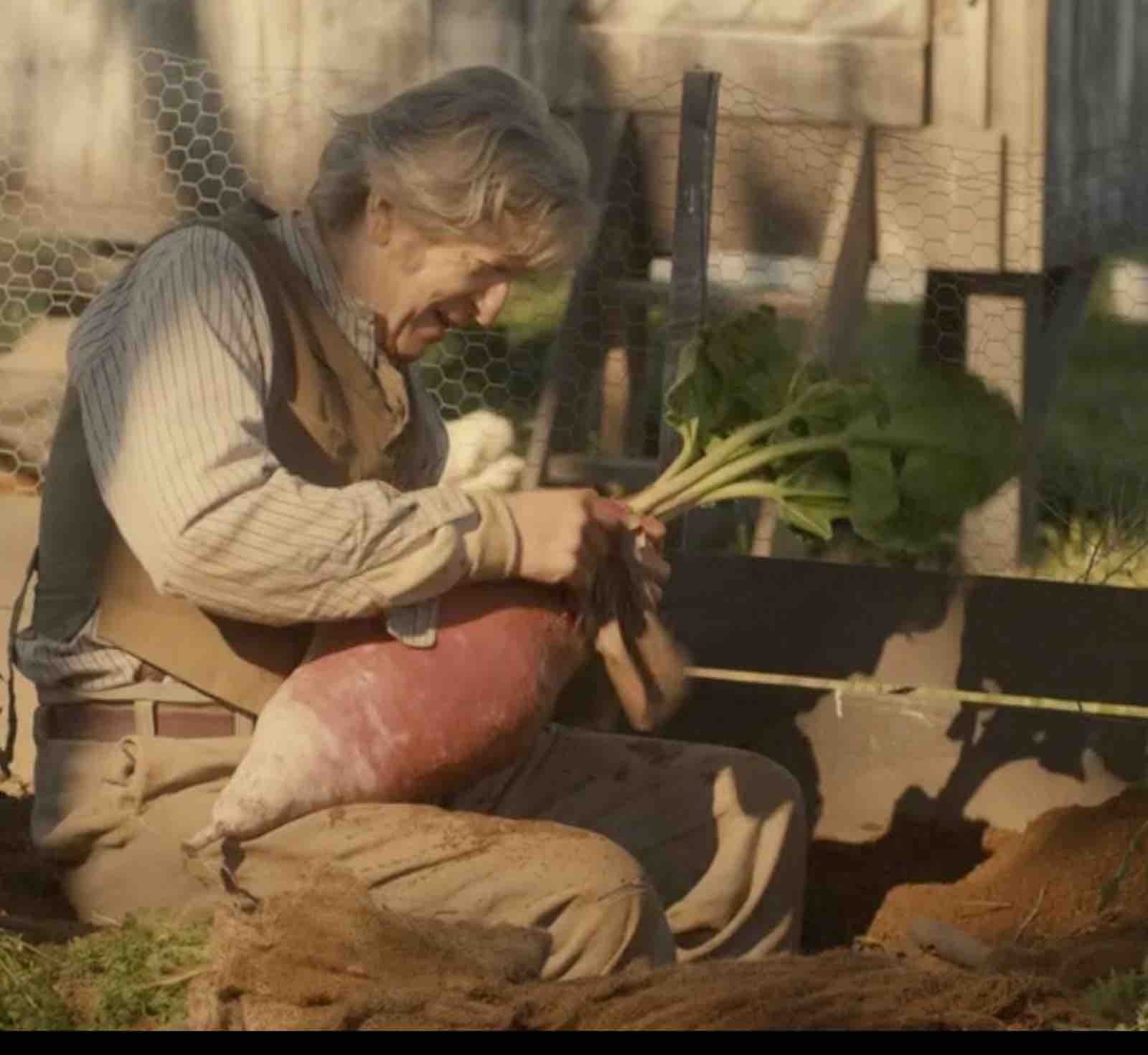 Anne with an E, S3E4: “A hope of meeting you in another world”

“Love is not quantifiable, and therefore not finite.”
—Muriel Stacy (Joanna Douglas) 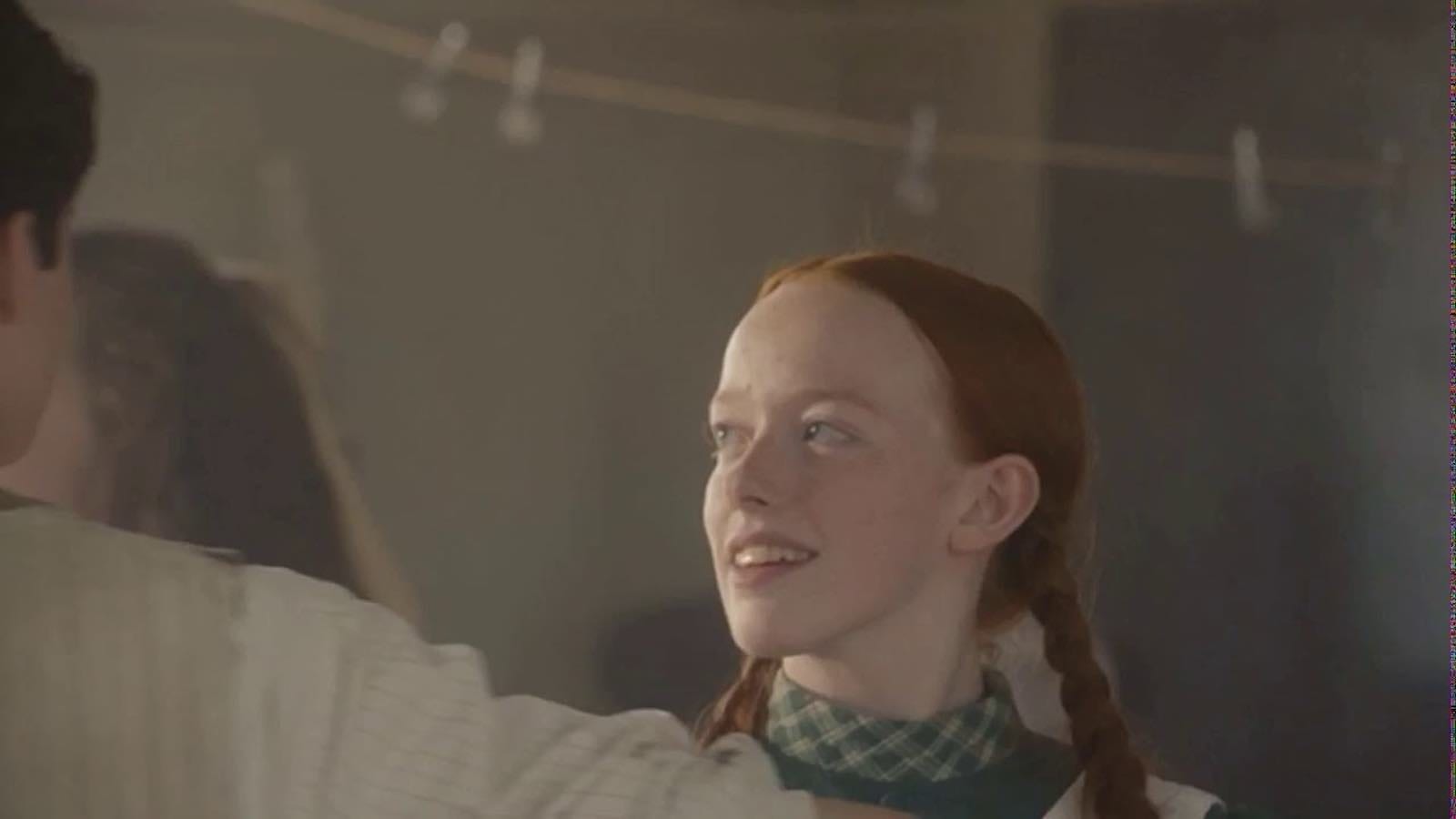 Anne with an E, S3E5: “I am fearless and therefore powerful”

Anne Shirley-Cuthbert: “Is it true that women of intelligence and passio- uh emotion, are doomed to be infertile? Is that how re-pro-duction works?”
Gilbert Blythe (Lucas Jade Zumann): “Ahem. Um, There’s nothing I’ve seen in my medical experience that would lead me to believe that. So, uh, no… Is that all?” 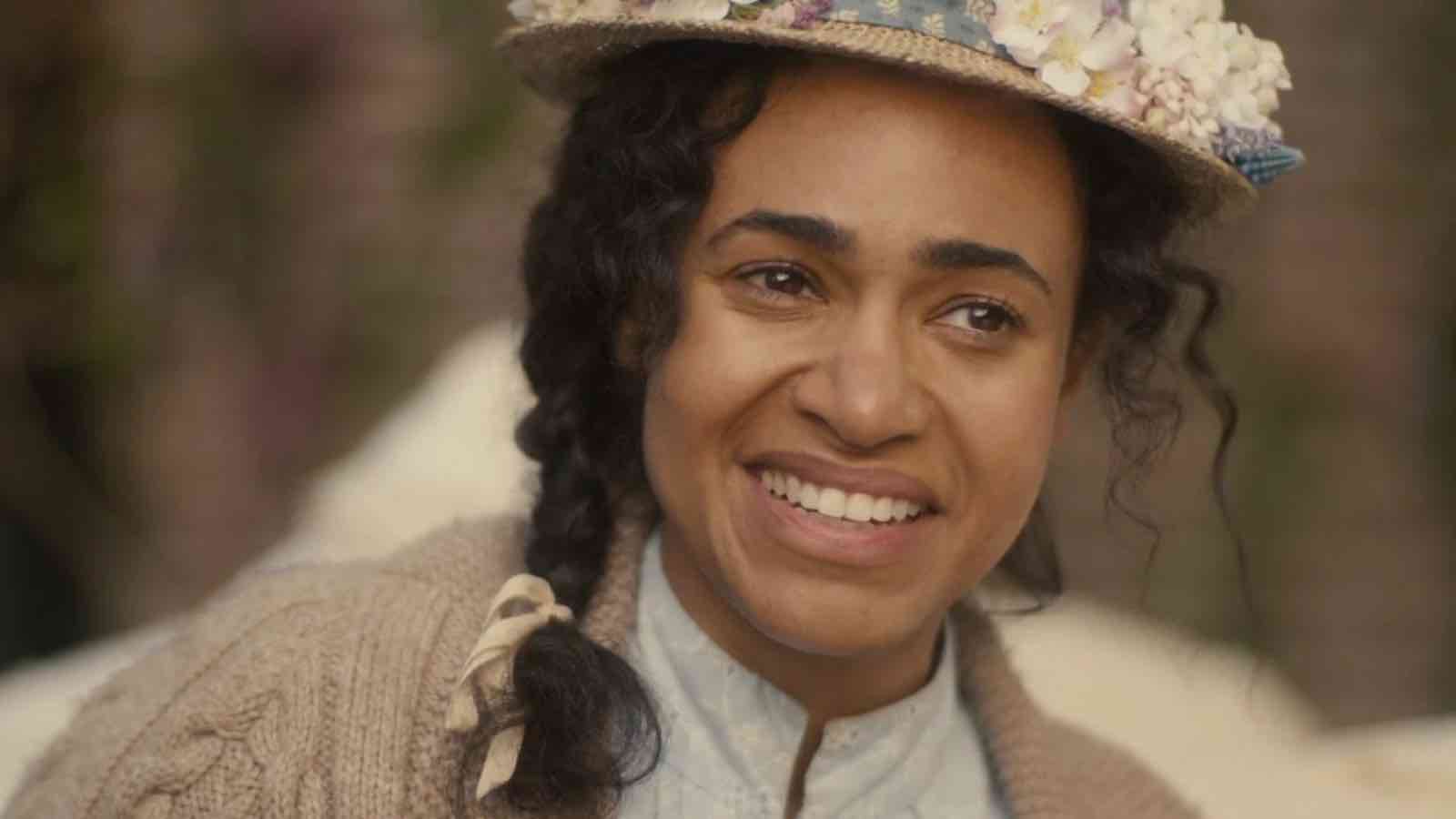 “You don’t need a third eye, not when you have your own two.”
—Madam Lyudmila (Theresa Tova)

Anne Shirley-Cuthbert: “Oh, it was excruciating! I’ve never been more embarrassed!”
Diana Barry: “I can think of a few other examples.”

Marilla Cuthbert (Geraldine James): “You are an unlucky girl, Anne, there’s no doubt about that.”
Anne Shirley-Cuthbert: “I’m not unlucky, I’m “Most Unusual” ” (holding up Matthew’s award for his giant radish). 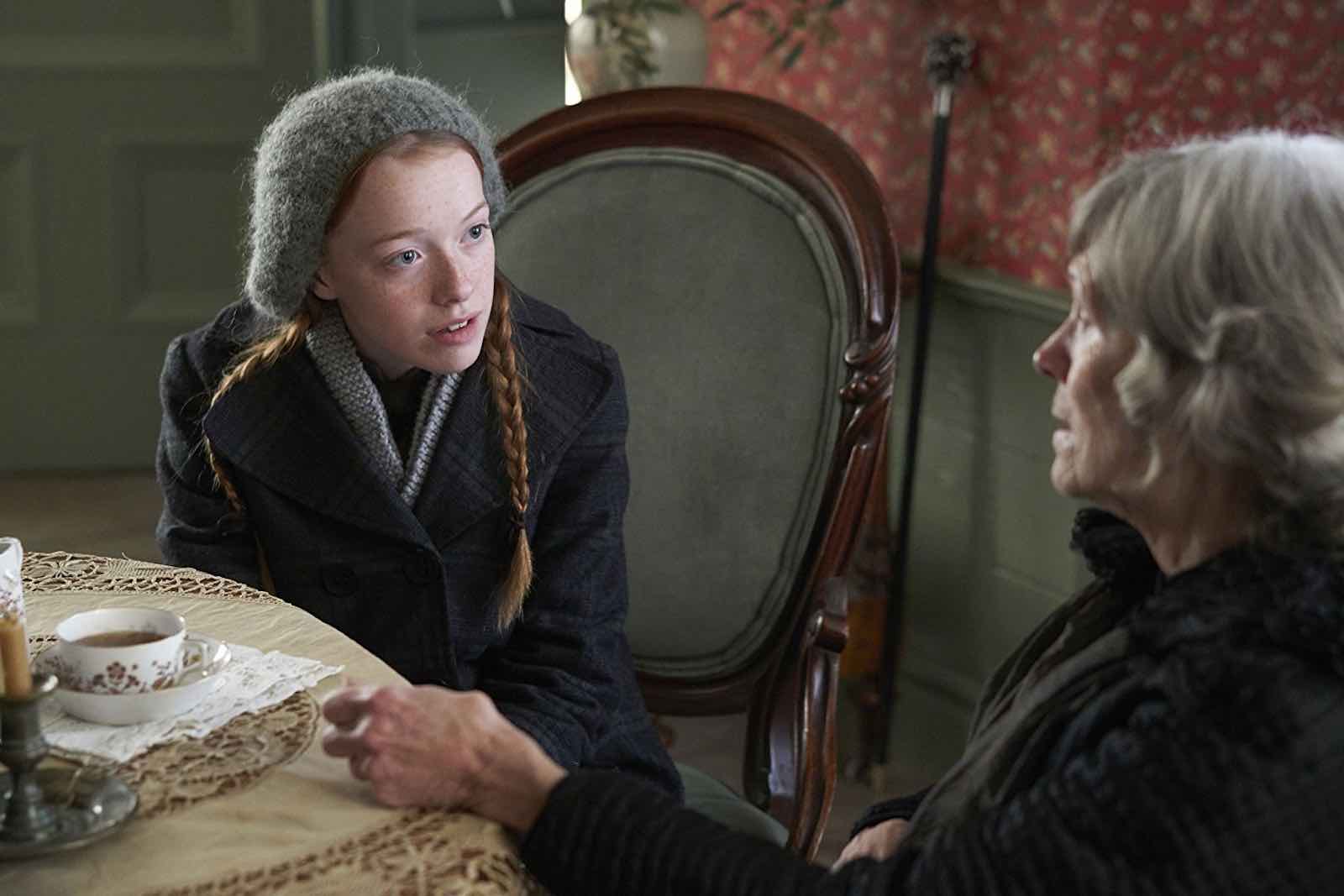 Anne with an E, S3E7: “A strong effort of the spirit of good”

“Sound journalism must defend the voiceless, not send them further into silence.”
— Ms. Stacy

“In order for big, new ideas to take hold, they must be carefully planned and flawlessly executed.”
— Ms. Stacy

Josie Pye (Miranda McKeon): “How did you know to write about equality and dignity? It’s not as though you’ve had a lot of experience with that.”
Anne Shirley-Cuthbert: “For most of my life I’ve had to fight the idea that I’m nothing more than someone to throw away, or pass around as needed, or that I’m not capable of being of real help because I’m a girl.”
Josie Pye: “Right. Trash.”
Anne Shirley-Cuthbert: “Yes, that. But I came to understand that I was the same person the whole time. I’m loved now, but when I wasn’t, it didn’t mean I wasn’t worthy of it. No one but you is allowed to dictate what you’re worth.” 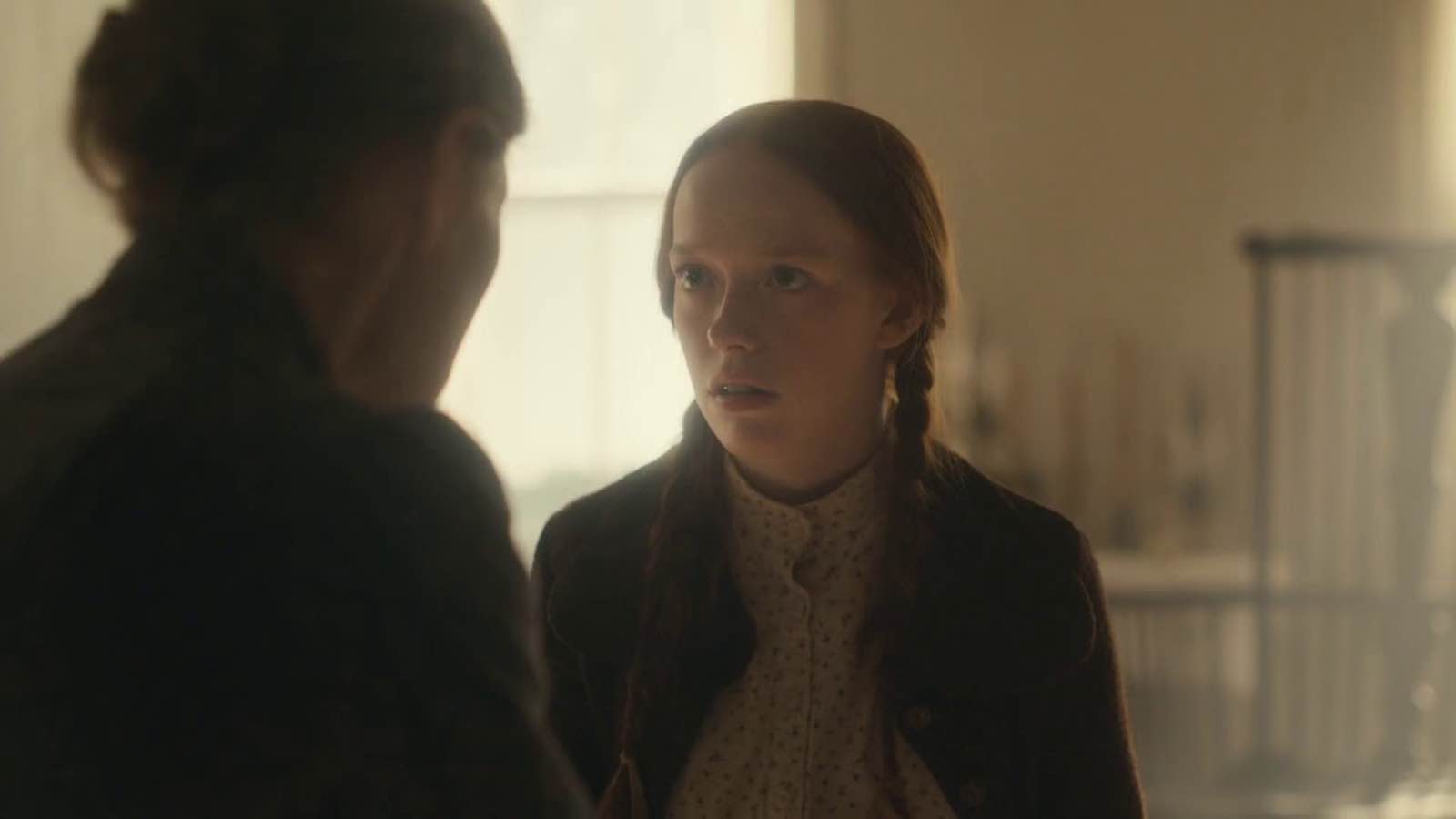 Anne with an E, S3E8: “Great and sudden change”

“I’ve never bought into that “You Just Know” notion. Love is a tricky thing. Sometimes it feels like an undeniable force that hits between the eyes and doesn’t let up. Other times, it’s malleable, questionable. It’s truth hidden in and amongst external obstacles and internal circumstances that’ve formed who you are, what you expect in the world, and how you can accept love.”

“Oh, to say the least, it’s complicated. And if a mind’s abuzz with pressure and deadlines and “What if this and that,” I imagine love’s truth would be a near-impossible thing to feel. I wonder if, when all’s quiet in your mind, you’ll find your answer.”
—Aunt Josephine

“A morning can start off like any other, but by nightfall… things have occurred that could change a course forever.”
—Diana Barry(Dalila Bela)

“Need I remind you that I’m the only one privy to your outrage after the demonstration? That’s right. Only me. And I’d be happy to talk about that to every soul in town, every day, for the next 10 years. Or until you die, whichever comes first. This is a promise. While denial is your forte, spreading news convincingly and relentlessly is mine.”
—Rachel Lynde (threatening the school board) 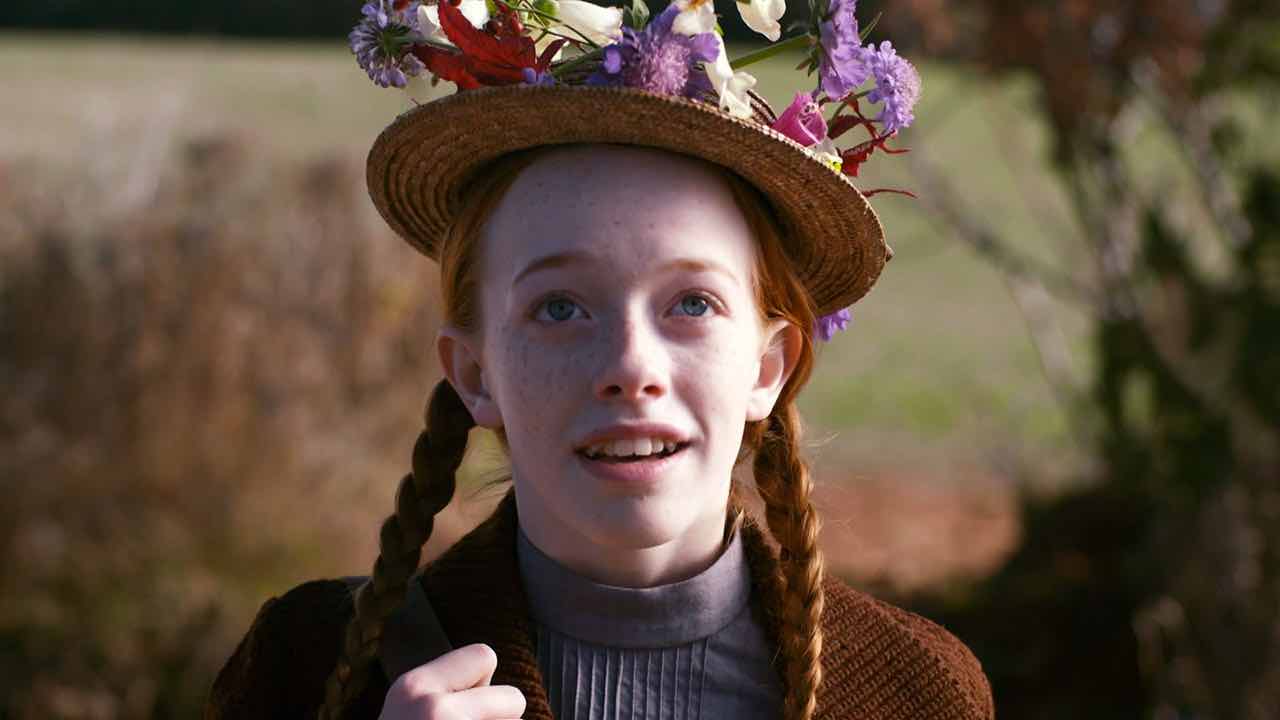 Anne with an E, S3E9: “A dense and frightful darkness”

Diana Barry: “You have such a brave heart, Anne.”
Anne Shirley-Cuthbert: “There are plenty worse things than hurt feelings, believe me.”

“No, let her cry. The only thing more dangerous than being hardheaded is being soft.”
—Hazel Lacroix (Melanie Nicholls-King) (about the baby) 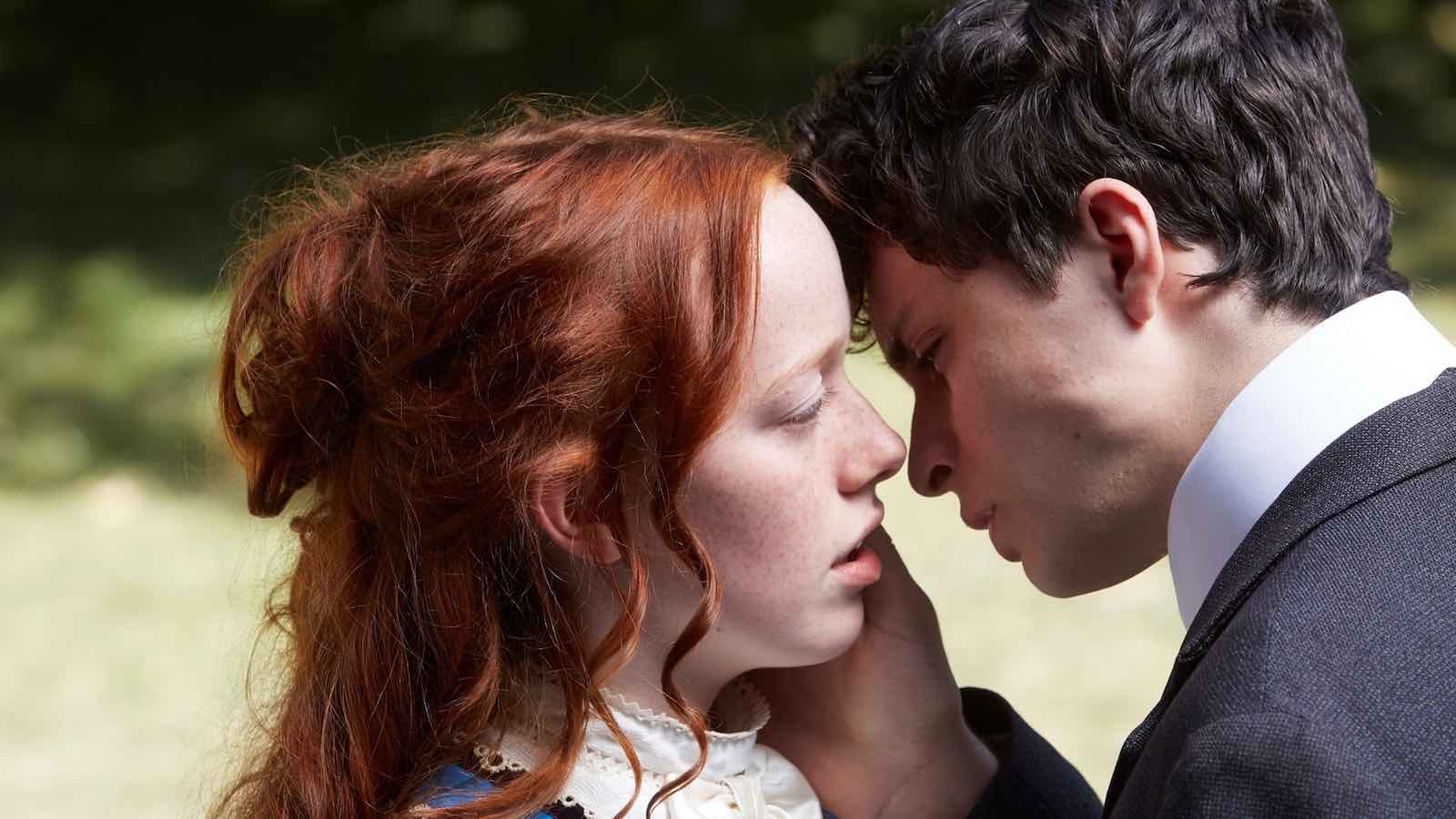 “The more I held her back, the less I was included.”
—Marilla

Winifred Rose: “Why on earth did you lead me on and make me believe you loved me? Can you answer me that?”
Gilbert Blythe: “You can only know something when you know it. Not a minute before.”

Mrs. Eliza Barry: “Deceitful child! How could you? How could you be so, so selfish? Oh Oh, Oh my, Look what you’re doing to your mother!”
Diana Barry: “Why is it that who I am and what I want doesn’t matter?”

“You are a wish come true I never knew I was making.”
—Marilla 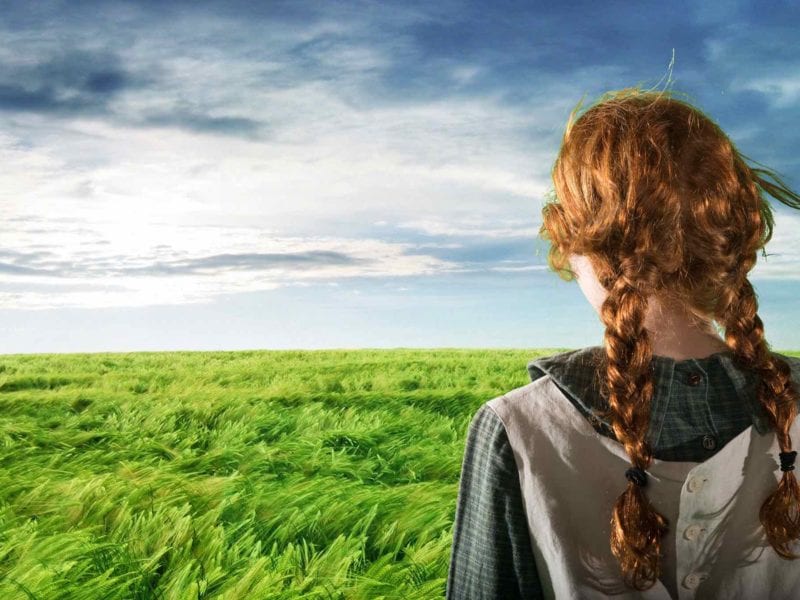