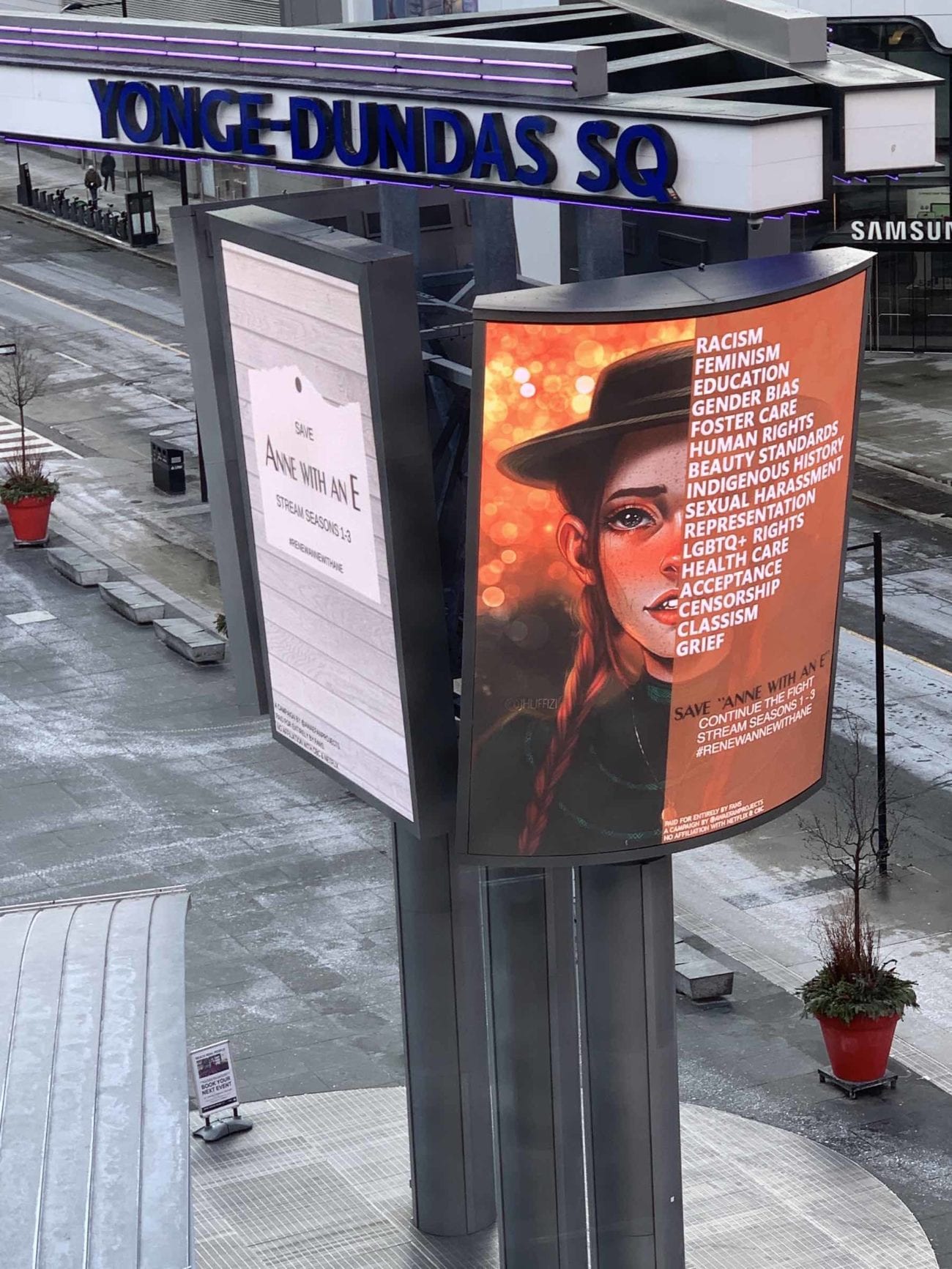 How the ‘Anne with an E’ fandom is marketing their show

The fandom for Anne with an E brings their passion for the show to the next level. Ever since the announcement that the CBC and Netflix’s Anne with an E would not continue for a fourth season, they have banded together, unified by their focus in marketing their beloved show.

Wasting no time getting the word out about the value of the young adult period drama, Anne with an E Fans have spread the word far and wide about the show that follows red-headed orphan Anne Shirley (Amybeth McNulty) and the effect her fresh perspective has on the community of Prince Edward Island. 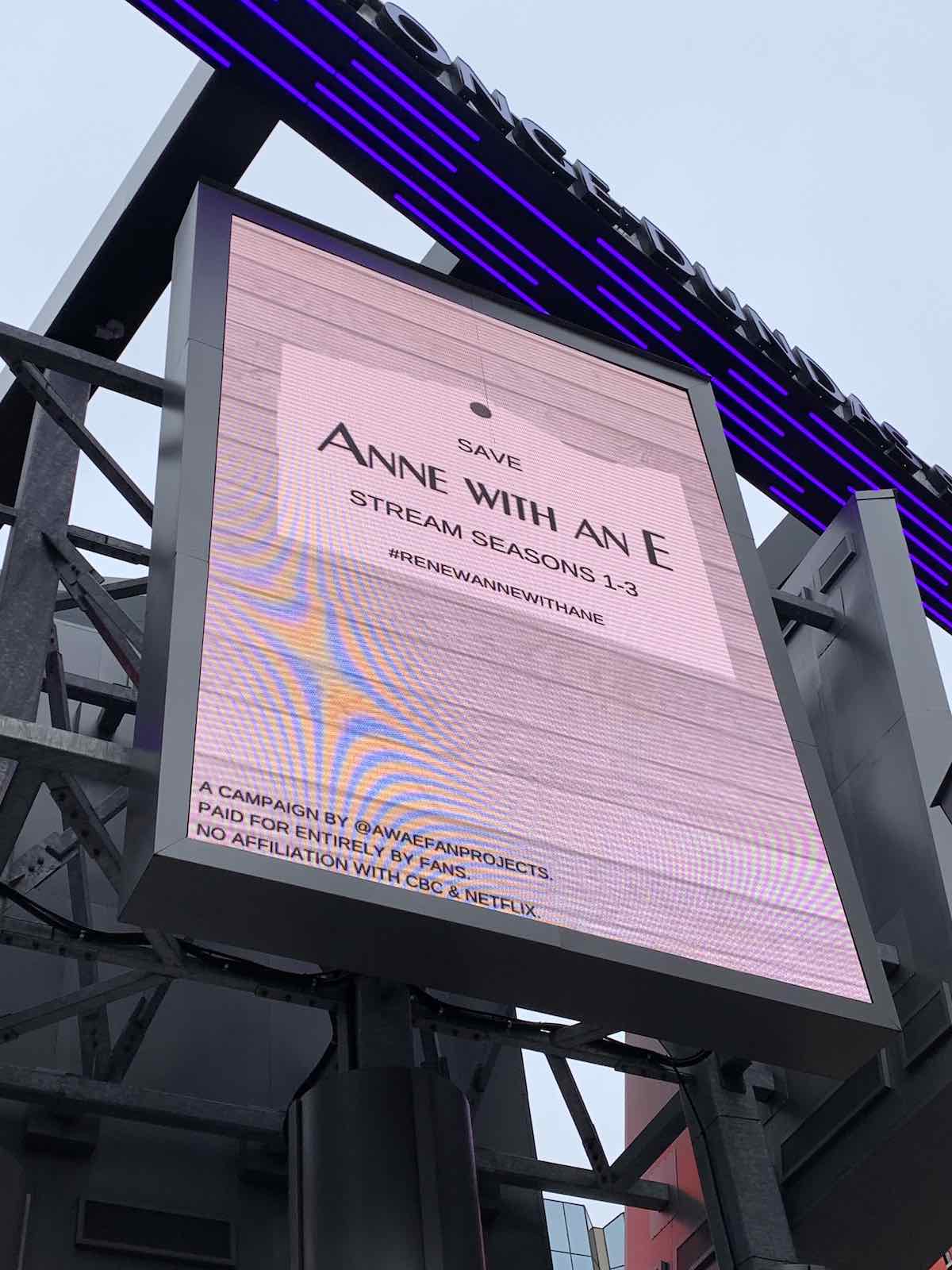 United by their cause

The uproar over Anne with an E’s cancellation has had a silver lining. Not only has a whole new audience been exposed to the impactful story that tackles a wide range of relevant and complicated topics, but a new community has formed. Assembled by their common goal of continuing the story of Anne and her journey, genuine friendships have formed, including the AWAE Fan Projects Team.

The AWAE Fan Projects team (twitter handle: @awaefanprojects) is a group of twelve members of the Anne with an E fandom, who have organized themselves and their efforts to activate the rest of the show’s audience.

Each member of the team has his or her own role in elevating the message that Anne with an E should be renewed, we spoke with the business-focused Lisa about their latest project. A remarkably large campaign that’s hard to ignore. 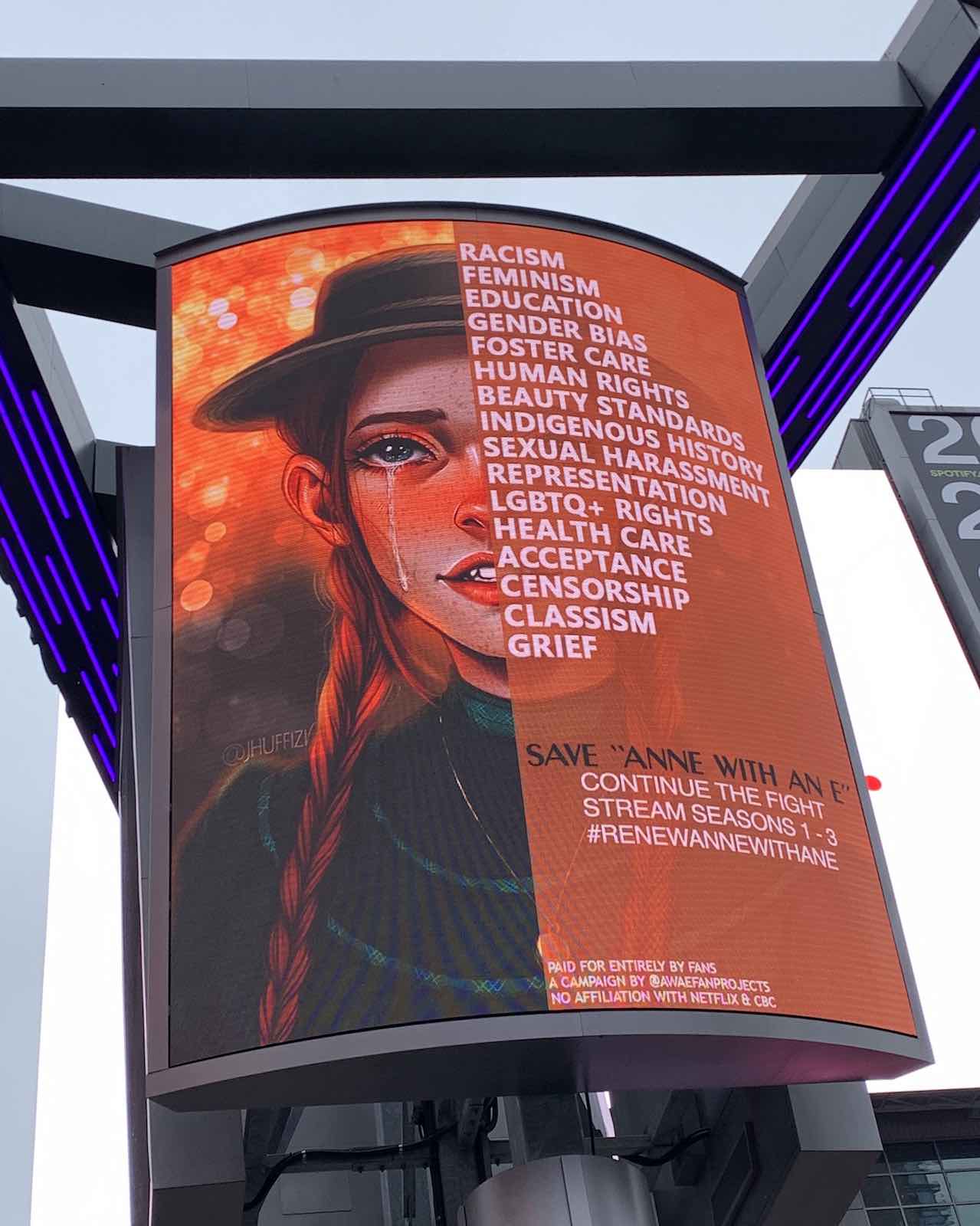 A Billboard campaign that grabs attention

The AWAE Fan Projects team set up a Gofundme page, and fans from around the world contributed to the cause. The movement raised enough to run two billboards in Toronto, Canada for four days.

Featuring the art of three different fans, the AWAE Fan Projects team reached out to an artist whose Anne with an E work they loved, asking to use her drawing of Anne. AWAE Fan Projects Team members Myriam and Cait added their art and graphics skills to the initial drawing, creating the moving billboards that spread their message to save Anne with an E.

The reaction to the billboards has been undeniably positive. Toronto fans have gone out of their way to see the billboards in person and take their pictures with them. The billboards have grabbed the attention of Anne with an E cast members and even the queen herself, show creator Moira Walley-Beckett. 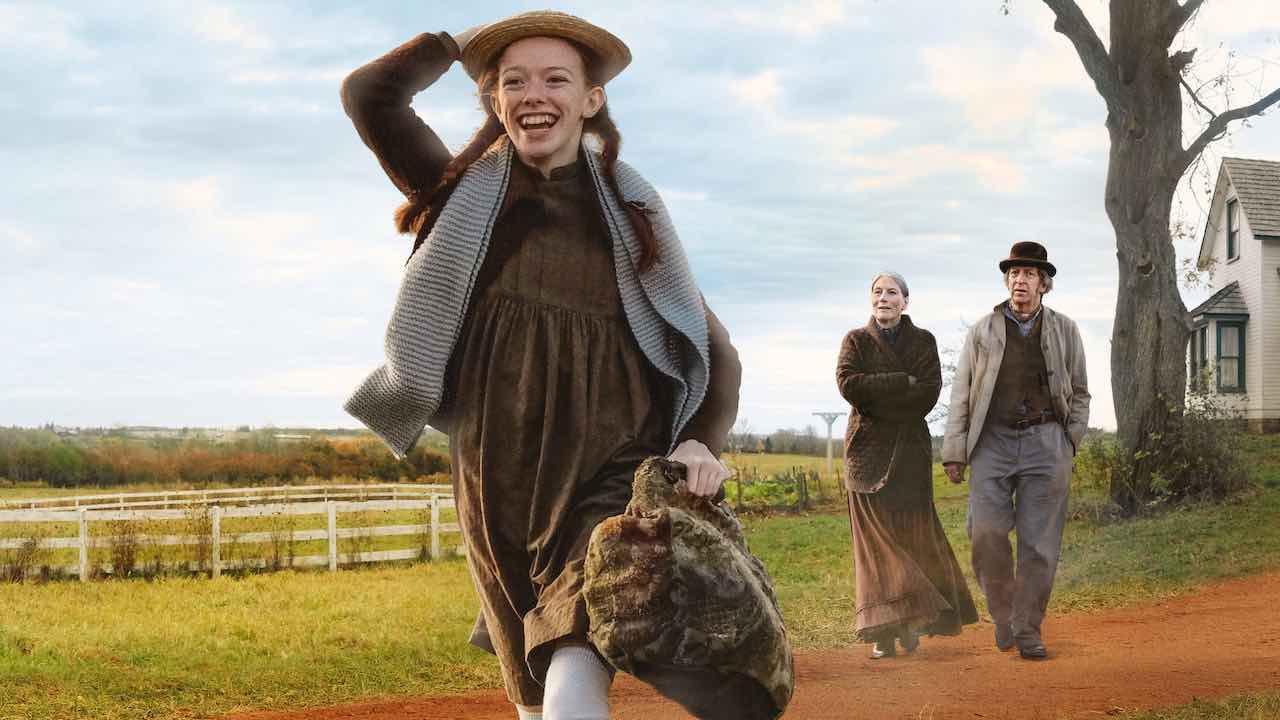 What’s next for the Anne with an E fandom?

The AWAE Fan Projects Team isn’t done yet! While their initial GoFundMe page had a sluggish start, the Toronto billboards garnered enough excitement amongst fans to give the campaign new steam. The group now plans to conquer an even bigger arena, New York City’s Time Square.

We are so inspired by the love fans have for Anne with an E, and for each other. The community built around the show is everything Anne Shirley would want it to be.