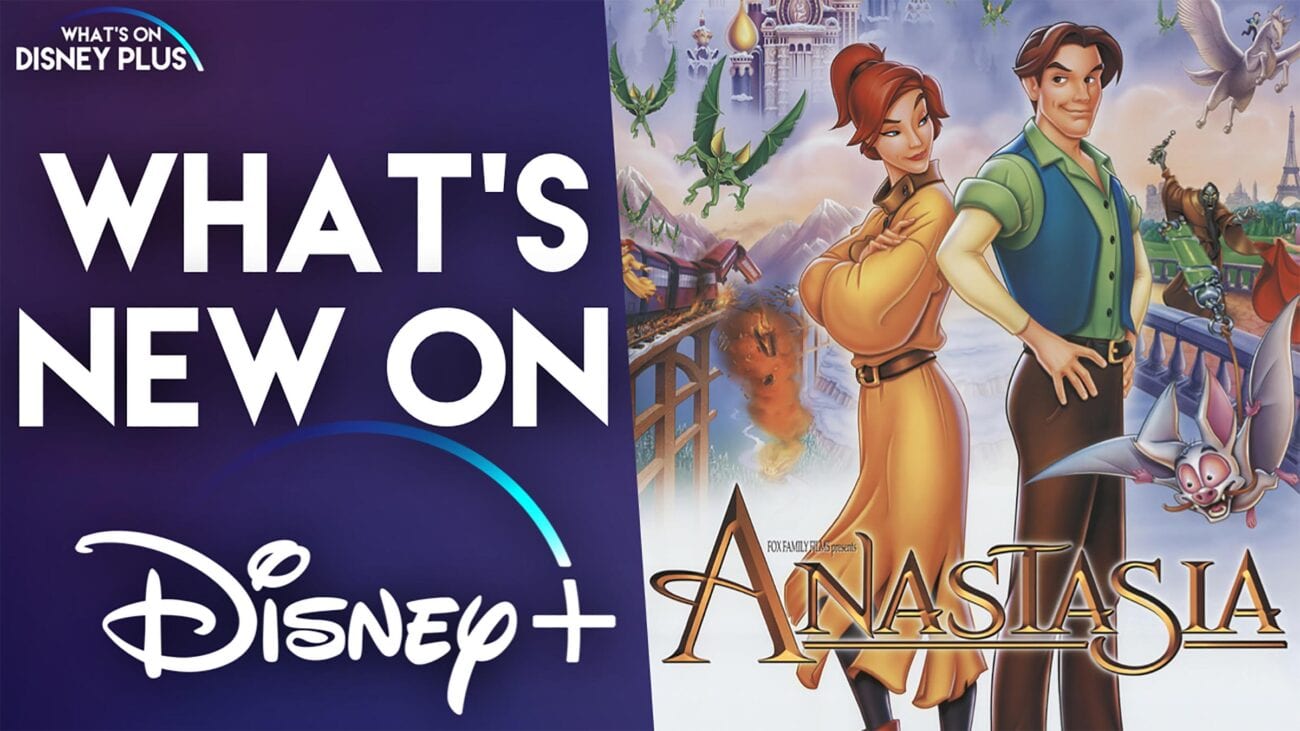 ‘Anastasia’ is now on Disney Plus and 90s kids are freaking: The best tweets

With the acquisition of 20th Century Fox, Disney+ has just added another princess to the pantheon…sort of.

For some reason, Anastasia has this weird reputation of being mistaken for a Disney movie, but it’s not. Anastasia was actually done by Fox Animation Studios, and was distributed by 20th Century Fox.

december is their month therefore it's time for the annual anastasia rewatch pic.twitter.com/mYR7IwYjd0

Disney is as Disney does

So why is Anastasia always mistaken for Disney? Well, there are quite a few reasons, actually. First of all, Anastasia is a Princess movie. Thematically, it’s set up a lot like the Disney Princess movies: Anastasia wants something (belonging), Anastasia meets a cool guy on her quest to find that thing, and Anastasia accomplishes her goal (finding a place where she belongs/finding her home) and gets the guy as well.

Anastasia also has a villain to deal with – Rasputin, who’s a total jerk and ups the ante on creepiness the way that villains like Jafar and Doctor Facilier have in Disney’s past. Secondly, at a glance the animation styles are similar. Given that its directors (Don Bluth and Gary Goldman) were former Disney animators, this isn’t too surprising.

Also, a lot of the older Disney movies (Snow White, Sleeping Beauty, Cinderella) opened with a sort of prologue, where the narrator would tell a story and lead the viewer up to the present day. Anastasia did something very similar by having her grandmother narrate in the beginning.

I see #Disneyplus trending. I’m still waiting for this movie to be added. WHERE IS IT DISNEY PLUS! WHERE IS ANATASIA pic.twitter.com/57Vibl3VXj

Unfortunately for Disney+ subscribers, it may be a little bit longer before this princess and her movie joins the streaming platform’s library. Currently, Anastasia is not listed on this subscription service. That could be subject to change, being that Disney technically owns this animated movie.

Meanwhile, here are a few memes to help celebrate (or not) Anastasia’s move to Disney+

Anastasia is officially owned by Disney in 5 days.

Which means everyone who wrongly assumed Anastasia was a Disney movie will now technically be correct in 5 days. pic.twitter.com/8HG42K1z53 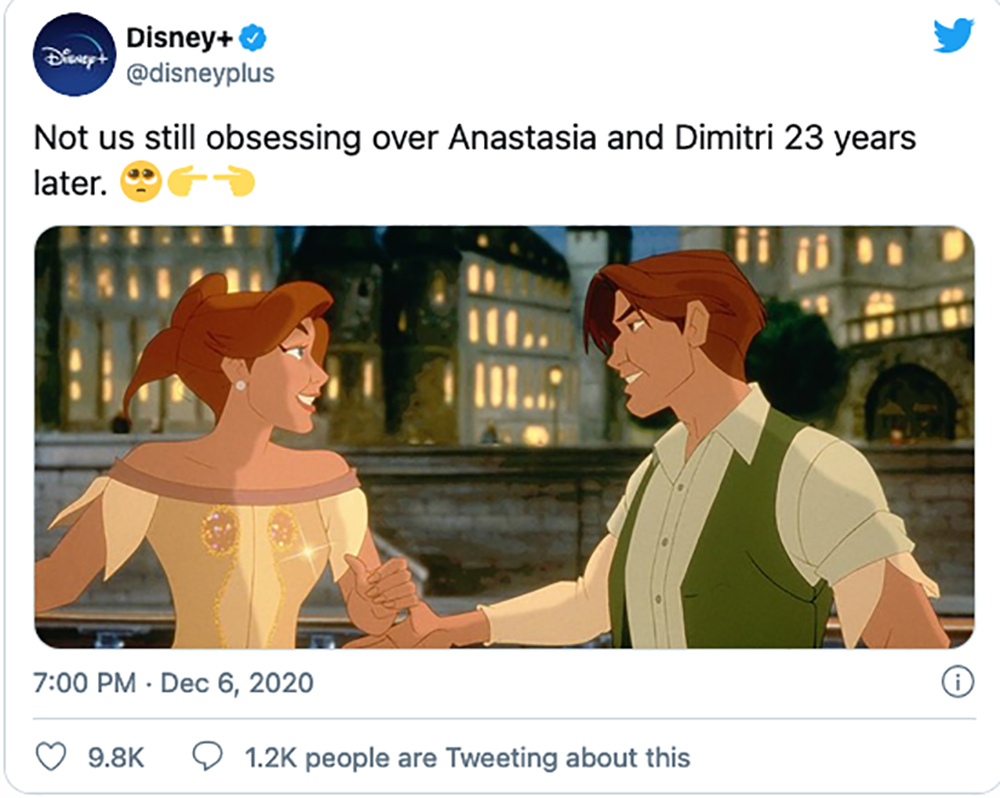 Obviously, they fell in love at the movie.

It also looks like there’s a teeny tiny bit of backlash to the idea of adding a new princess to the Disney princess pantheon. 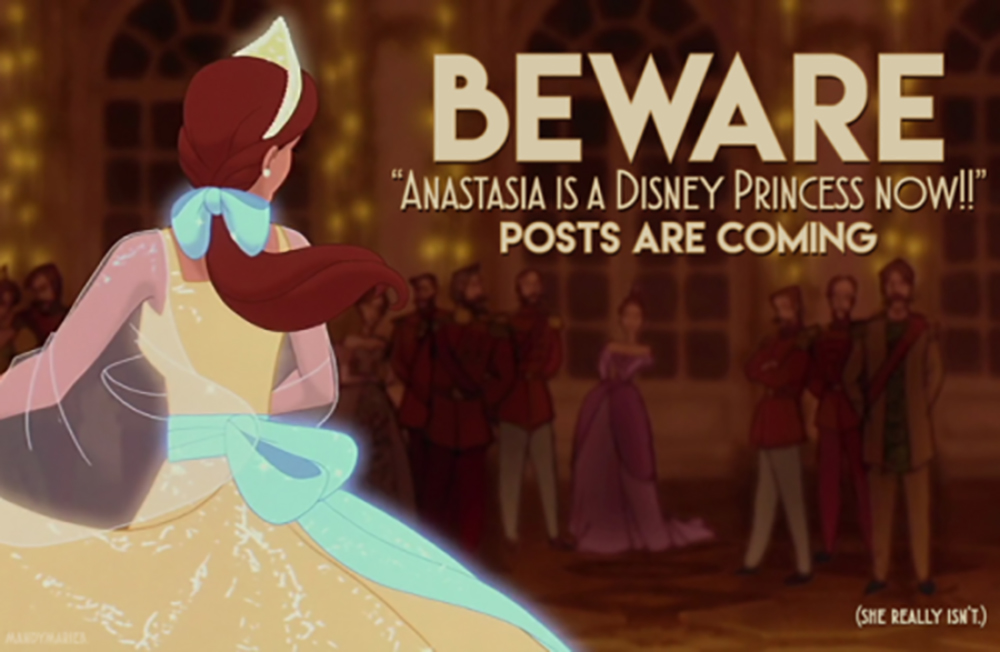 Soooo, not going to the ball huh?

Okay, this meme is just hilarious on many levels. Obviously, someone was having fun here . . . it just wasn’t Dmitri. 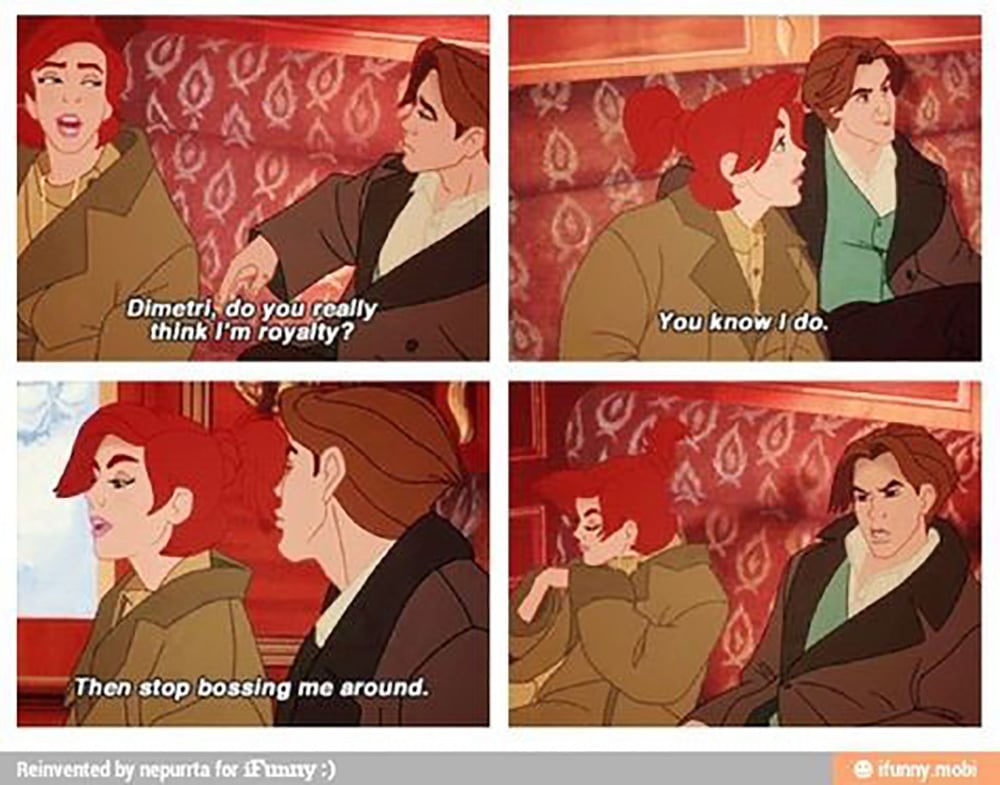 Another feminist look at Anya and Dmitri. You tell him, girl! 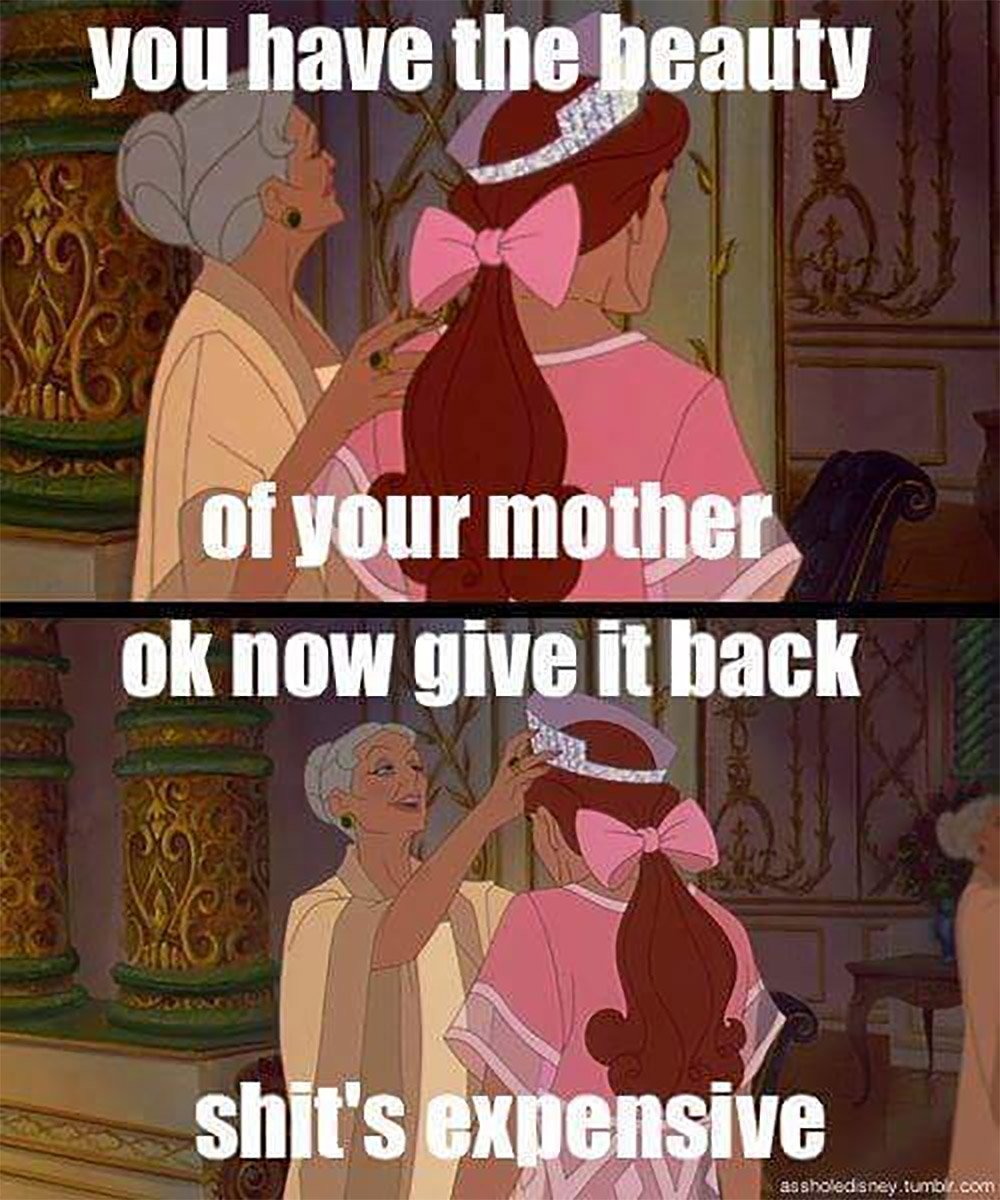 Well, now we have some idea what happened to the Russian Crown Jewels!

The Unofficial Official Disney Princess Is Now On Disney+ for your viewing pleasure Canada!https://t.co/3HPUwnksxy pic.twitter.com/DRtsPqpFm5

Guess what? Canada already has Anastasia. What’s up with that?