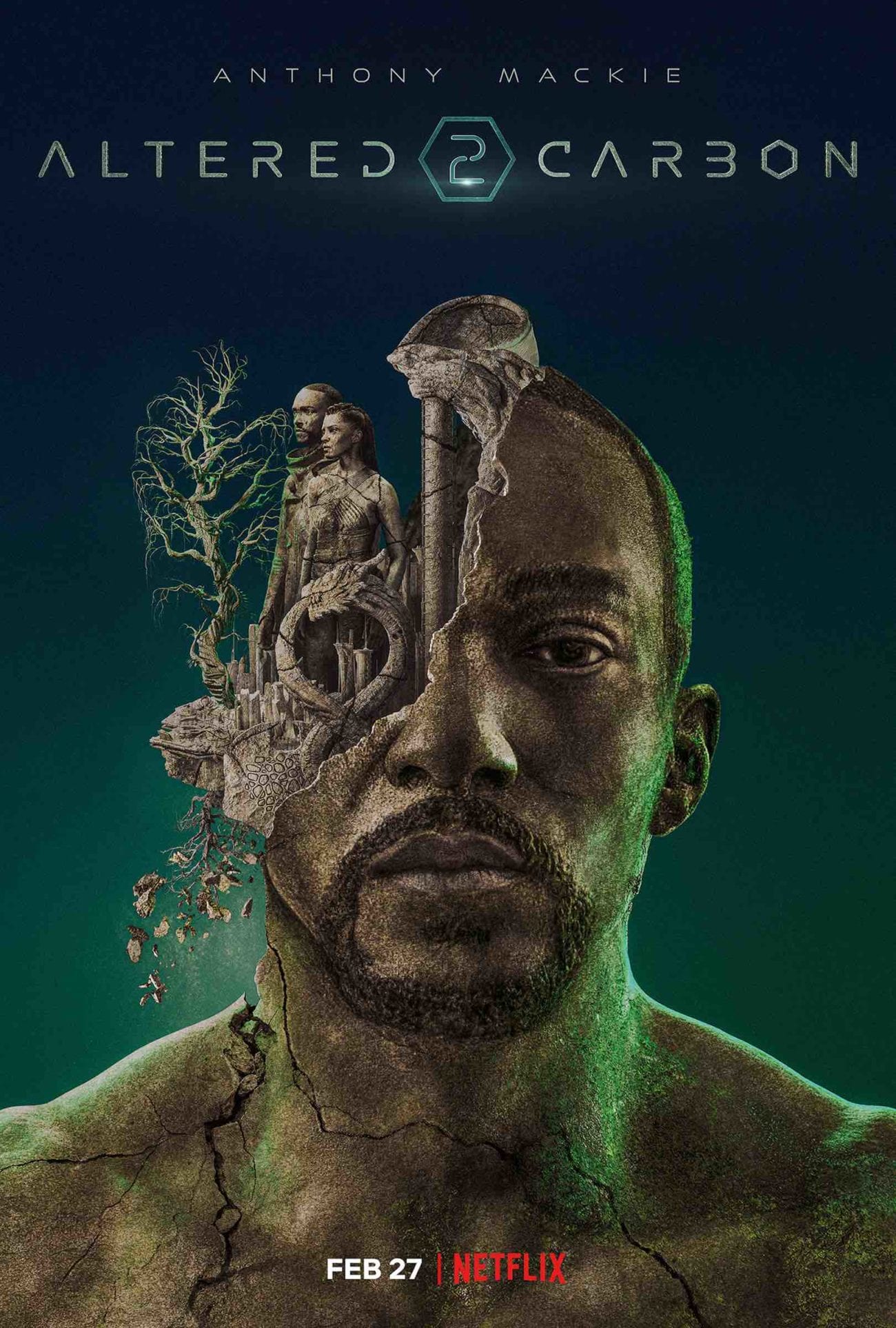 Everything we know about ‘Altered Carbon’ season 2

The wait is almost over. Altered Carbon’s second season will arrive on Netflix Thursday, February 27. The sci-fi series, based on Richard K Morgan’s novel of the same name, is set in 2384- society is transformed by new technology: consciousness can be digitized; human bodies are interchangeable; death is no longer permanent. Human consciousness has been reduced to data, and can be inserted into new bodies known as ‘sleeves’.

It’s been such a long hiatus since last we left off, we nearly cryogenically froze ourselves until 2384. Morgan has revealed that “if all goes well” the show “will run for five seasons” – so if you’re planning on sticking around for the ride, here’s everything you need to know about season two. 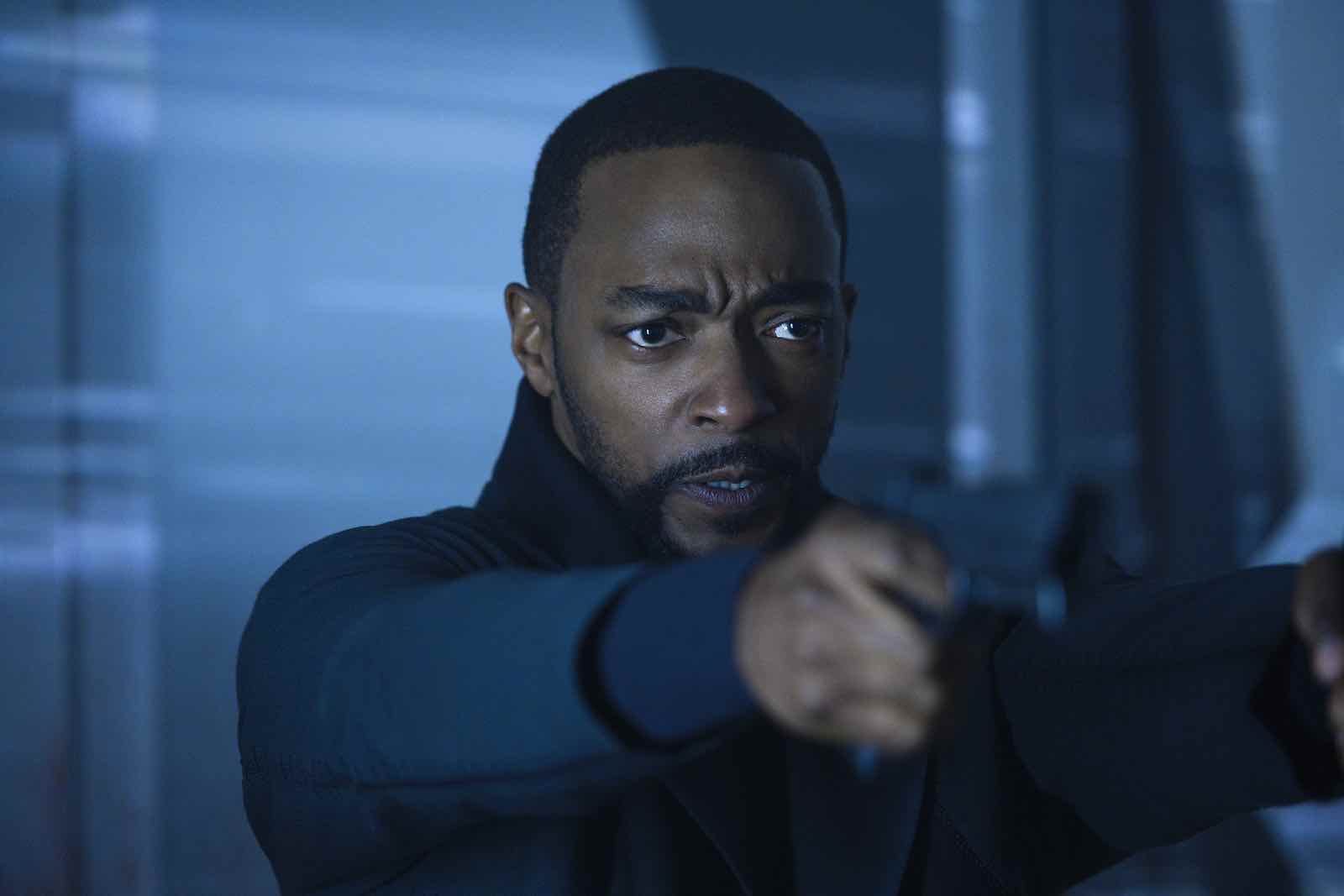 250 years before where we begin the series, we learn that there was a planned rebellion. A woman known as Quell wanted to reinstate the life expectancy to something human – a mere 100 years. Her efforts proved futile. But it soon becomes apparent that while she failed, absolute immortality is not necessarily guaranteed.

The 10-episode first season followed a violent mercenary, Joel Kinnaman (Suicide Squad) Takeshi Kovacs, (Anthony Mackie) was killed and had his data put “on ice” as punishment for his role in the rebellion, but has his mind placed in a new body by the obscenely wealthy and influential Laurens Bancroft (James Purefoy).

Newly- sleeved and on a mission to solve the mind-boggling murder of the wealthiest man in the world, this is his only chance to win back his freedom. Over the course of the show, Takeshi is haunted by his past, Russian twins, virtual torture chambers, underground fighting rings, and deadly assassins all in the name of solving the murder.  The truth is finally revealed- and boy, is this one a doozie. 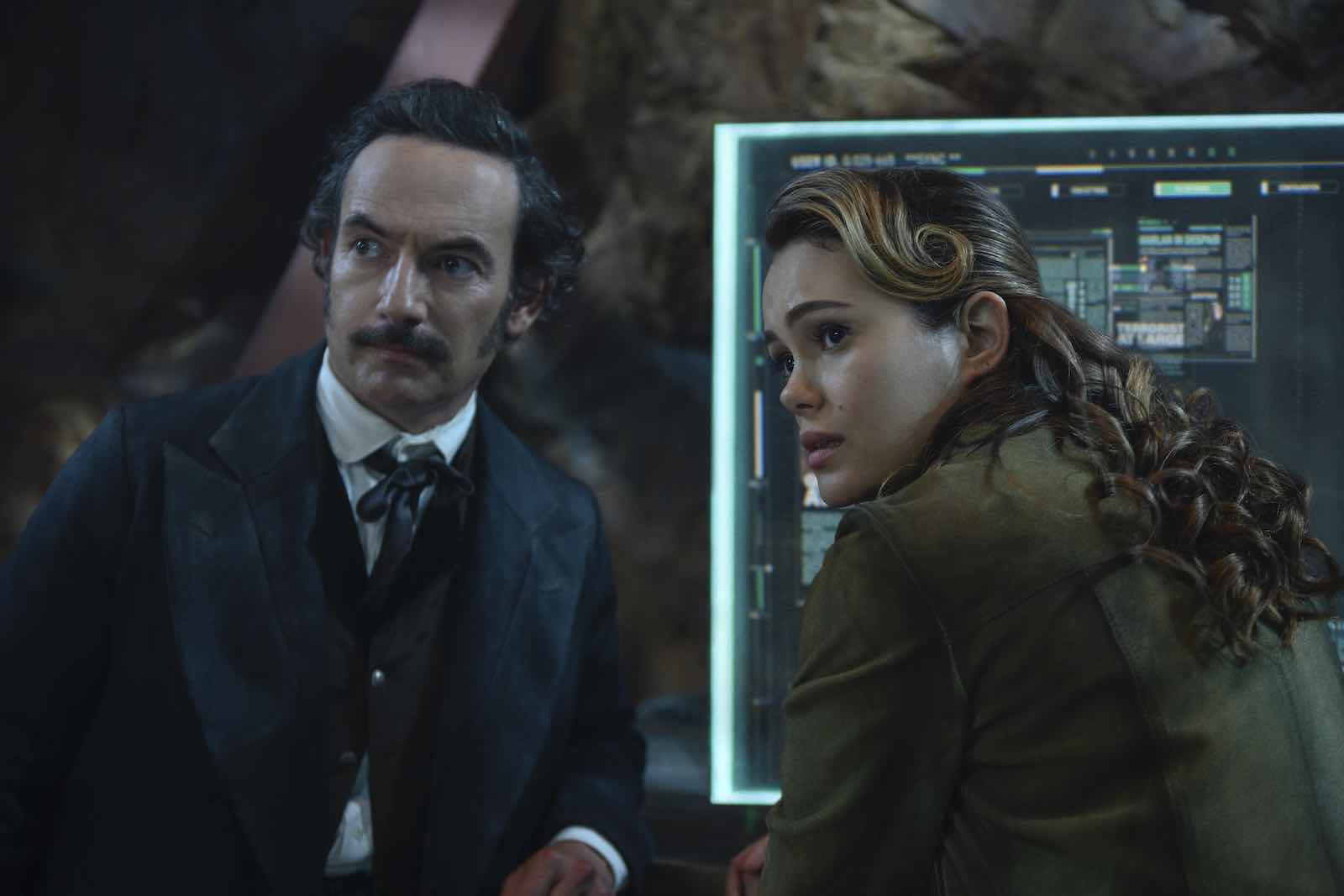 What can we expect this season?

In the official season 2 trailer, we get a wildly long overdue look at Mackie’s Kovacs. The season picks up 30 years after the events of season one, with Kovacs still haunted by his past. “I left a dying earth behind to see the new world” an opening voiceover teases, before revealing a new Meth client who expects his cooperation via a sleeve upgrade. It finds the character sporting a few epic upgrades in his new sleeve including rapid healing, advanced reaction time, and telekinesis… “among other bells and whistles.”

Despite all of the changes, one critical detail remains the same: Kovacs is still searching for Quell. His journey takes him back to his homeworld, but finding Quell alive after all this time may be the least of the reformed mercenary’s troubles. 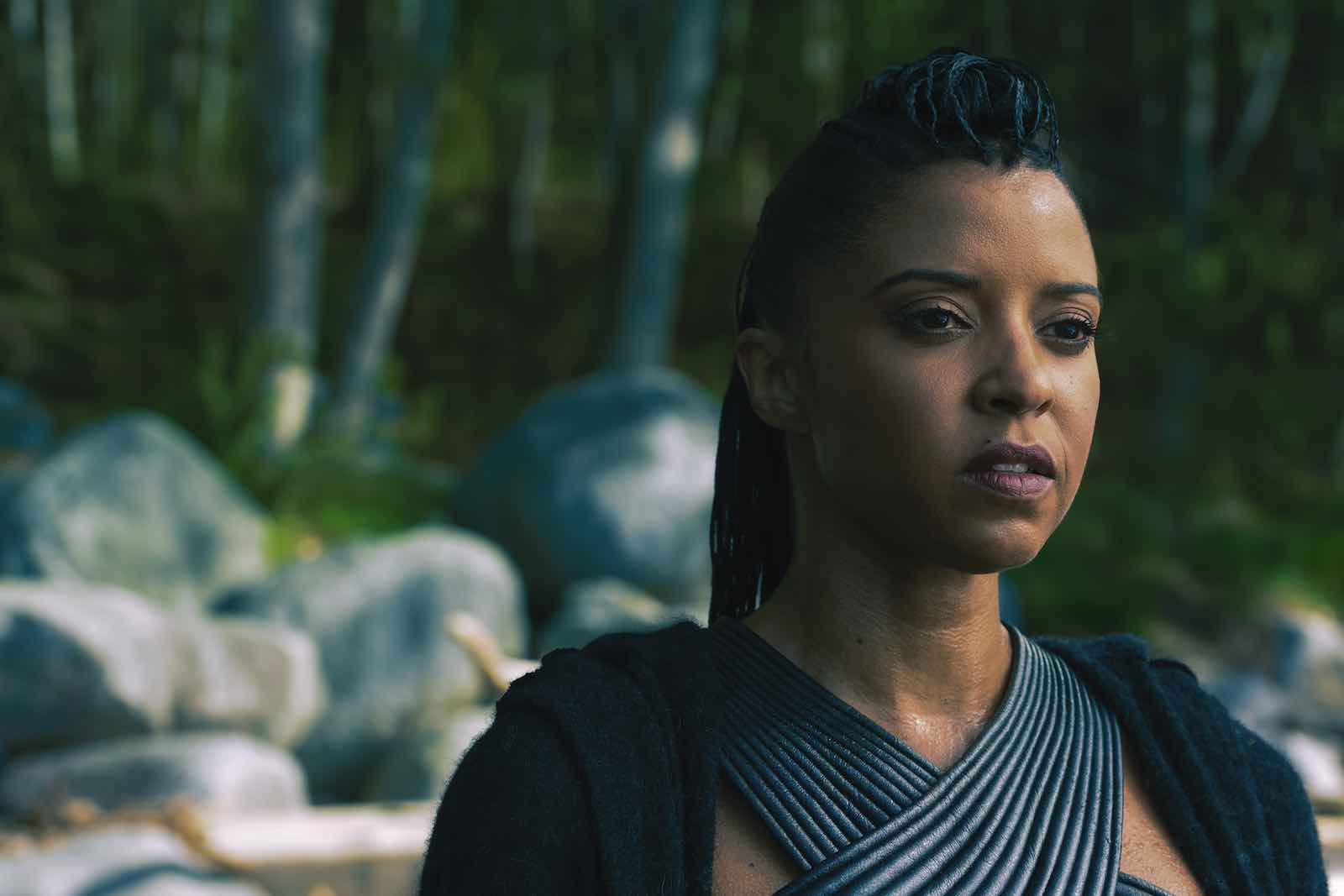 According to Netflix’s season 2 synopsis, “Season Two begins 30 years after the epic conclusion of Season One, and finds Takeshi Kovacs (Anthony Mackie), the lone surviving soldier of a group of elite interstellar warriors, continuing his centuries-old quest to find his lost love Quellcrist Falconer (Renée Elise Goldsberry). After decades of planet-hopping and searching the galaxy, Kovacs is recruited back to his home planet of Harlan’s World with the promise of finding Quell.

Haunted by his past and responsible for investigating a series of brutal murders, Kovacs is stunned to discover his new mission to solve the crime and his pursuit to find Quell is one and the same. With the help of his loyal A.I. Poe (Chris Conner), Kovacs must now partner with new allies to outwit his enemies and find the truth: Who is Quellcrist Falconer?” 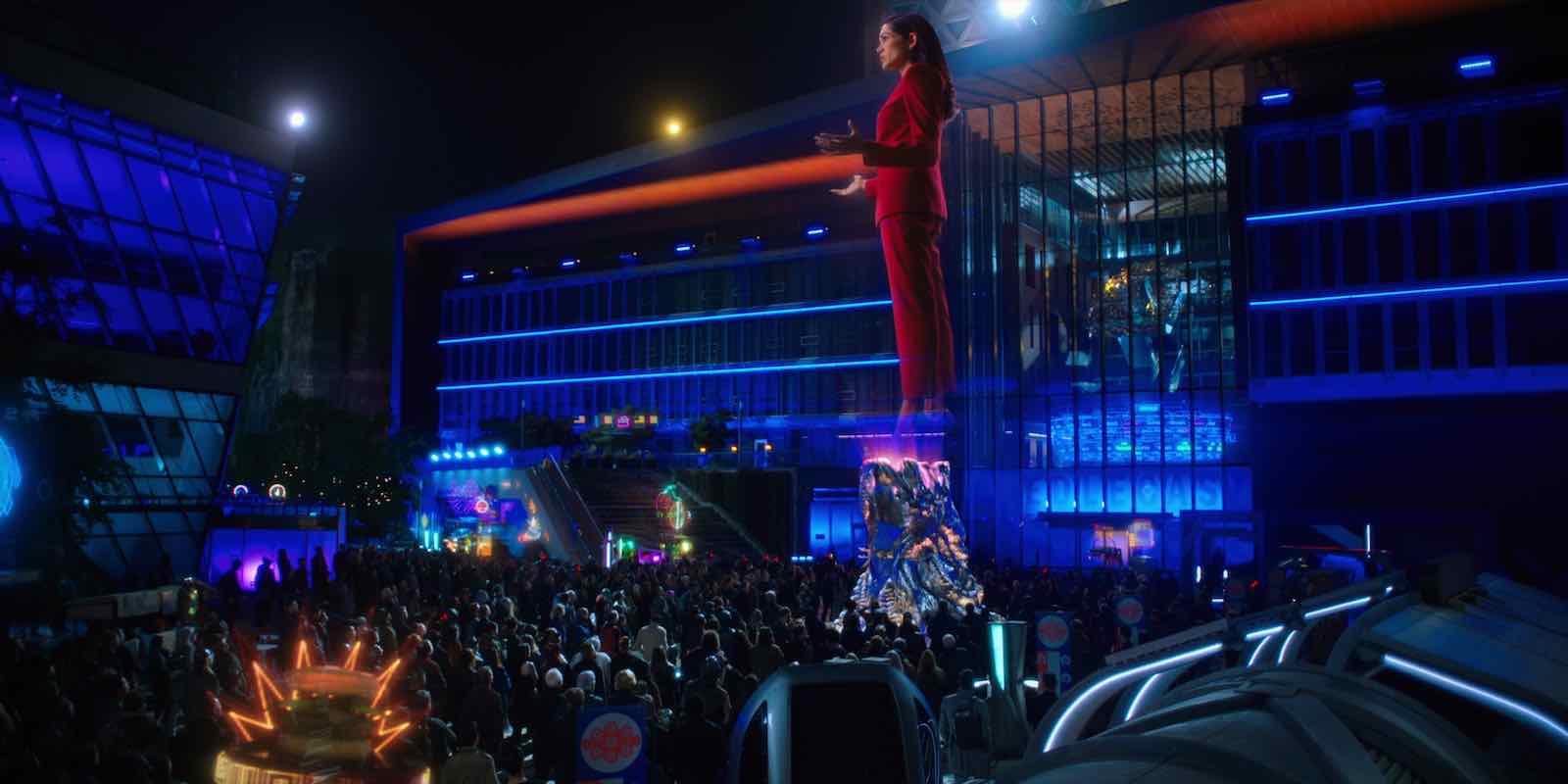 Who will we see in season 2?

Joel Kinnaman will not be returning as Takeshi Kovacs. Instead, Marvel star Anthony Mackie will take over as the new sleeve.

There are also a few returnees from season 1 playing the same characters in season 2, including Renée Elise Goldsberry, Will Yun Lee, and Chris Conner.