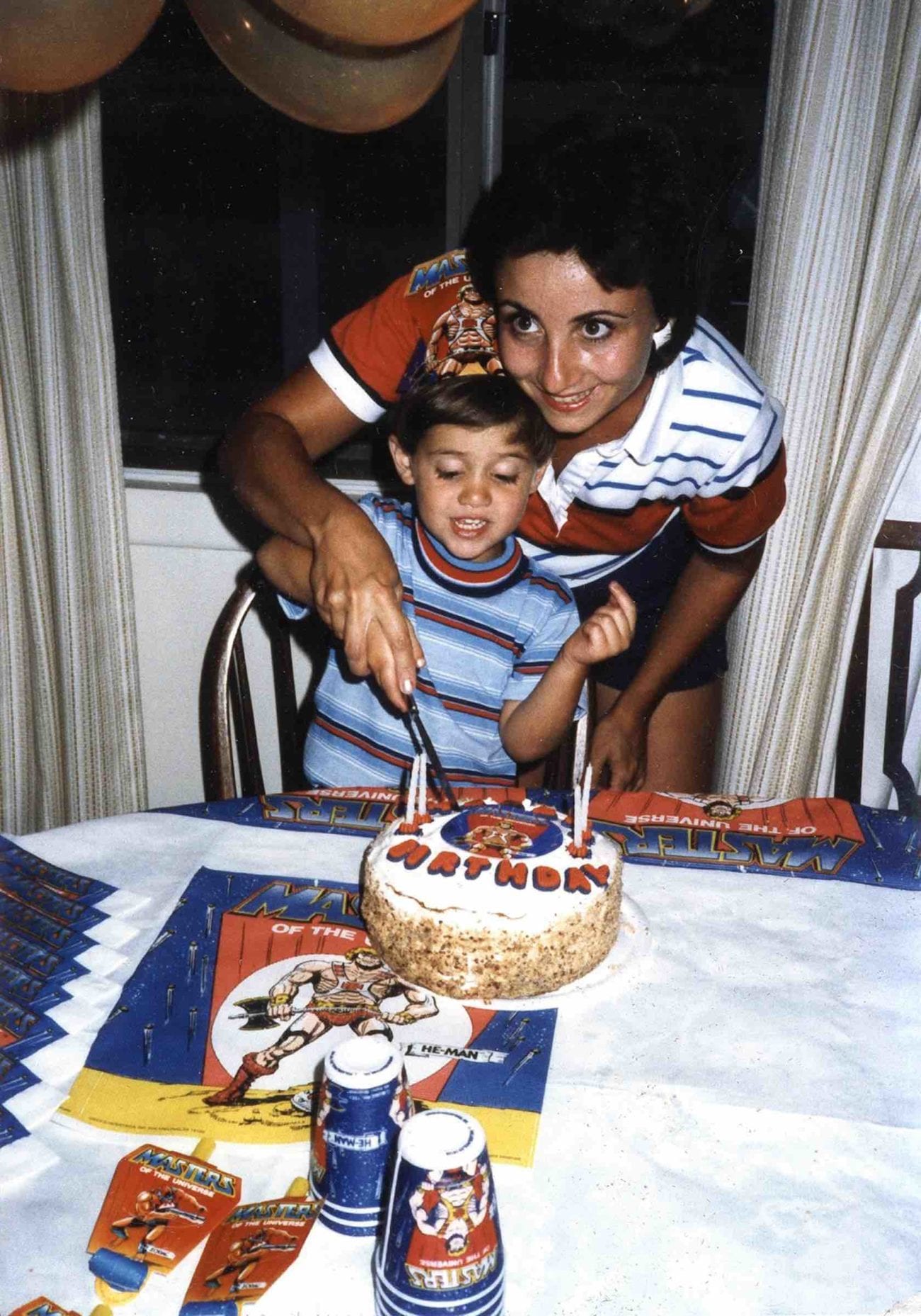 What would it take for a lovely, award-winning elementary school teacher to kill her husband with a hatchet? One one of the most riveting episodes of 48 Hours we’ve ever seen, Maureen Maher digs in on the death of Bob Seaman, and his patient and kind wife, Nancy, who admittedly killed Bob in cold blood, with nothing short of a hatchet.

As she tells 48 hours, Nancy never denied killing her husband, nor did she deny purchasing the hatchet that killed her husband. Nancy does claim that she killed her husband in self-defense and that the first time she fought back from her husband’s abuse, she just couldn’t stop. 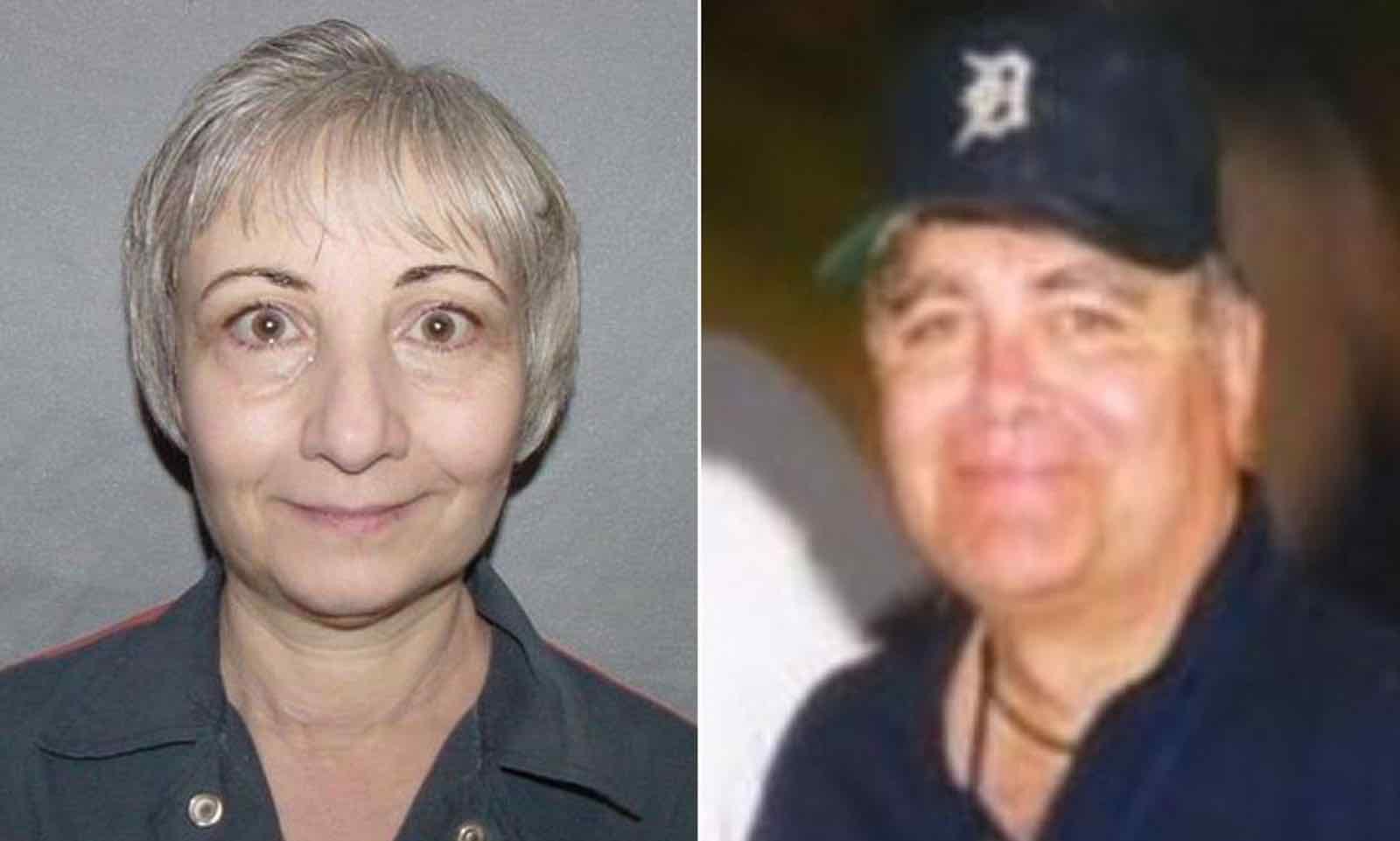 Nancy Seaman describes to 48 Hours’s Maureen Maher a life that looked perfect on the surface. Both Nancy and Bob fell hard and fast in love upon meeting in 1972. Both high achievers, Nancy was her class’s valedictorian, and Bob a successful engineer.

While Nancy does reminisce a bit on Bob’s initial charm, she also tells 48 Hours that his abuse began when they were just newlyweds.

As Nancy sits down with Maureen Maher, she explains, “We were in the car coming home from his brother’s wedding reception and Bob was drunk. He had too much to drink. And he reached over, and he tried to push me out of a moving car. And he’s pounding me with his fists,” recalls Seaman. “I was in a state of shock. I had never experienced anything like this before, had never witnessed anything like it.” 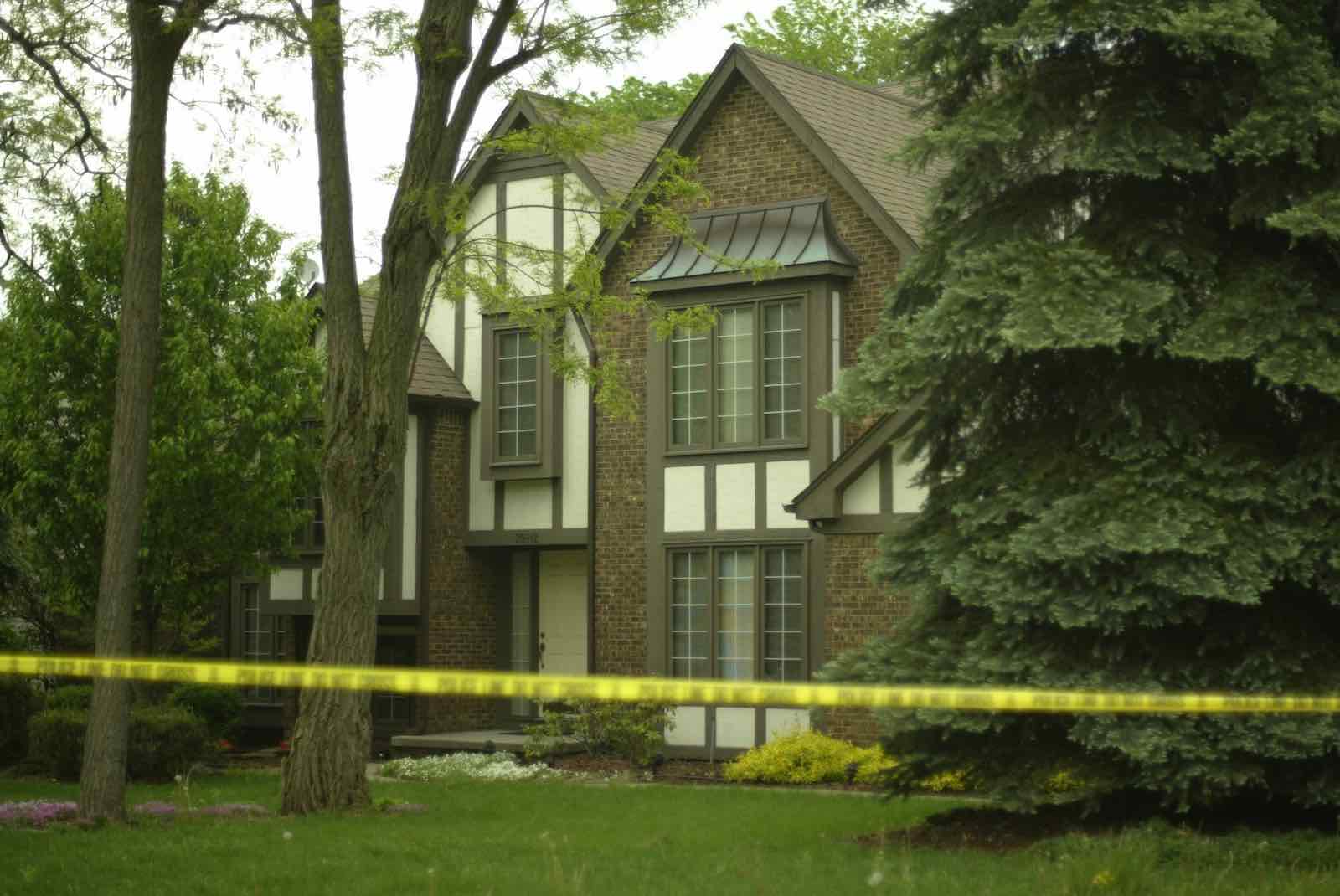 When pressed on how she could stay with a man who hit her, Nancy blames her naivety, that at 21, she thought it was a fluke.

Nancy Seaman tells 48 Hours that Bob’s abuse was sporadic in the first 20 years of their marriage, with about 1-2 incidents a year. However, in 1995, when Bob lost his lucrative job, the relationship had new tension, especially as Nancy took on a new job as an elementary school teacher. 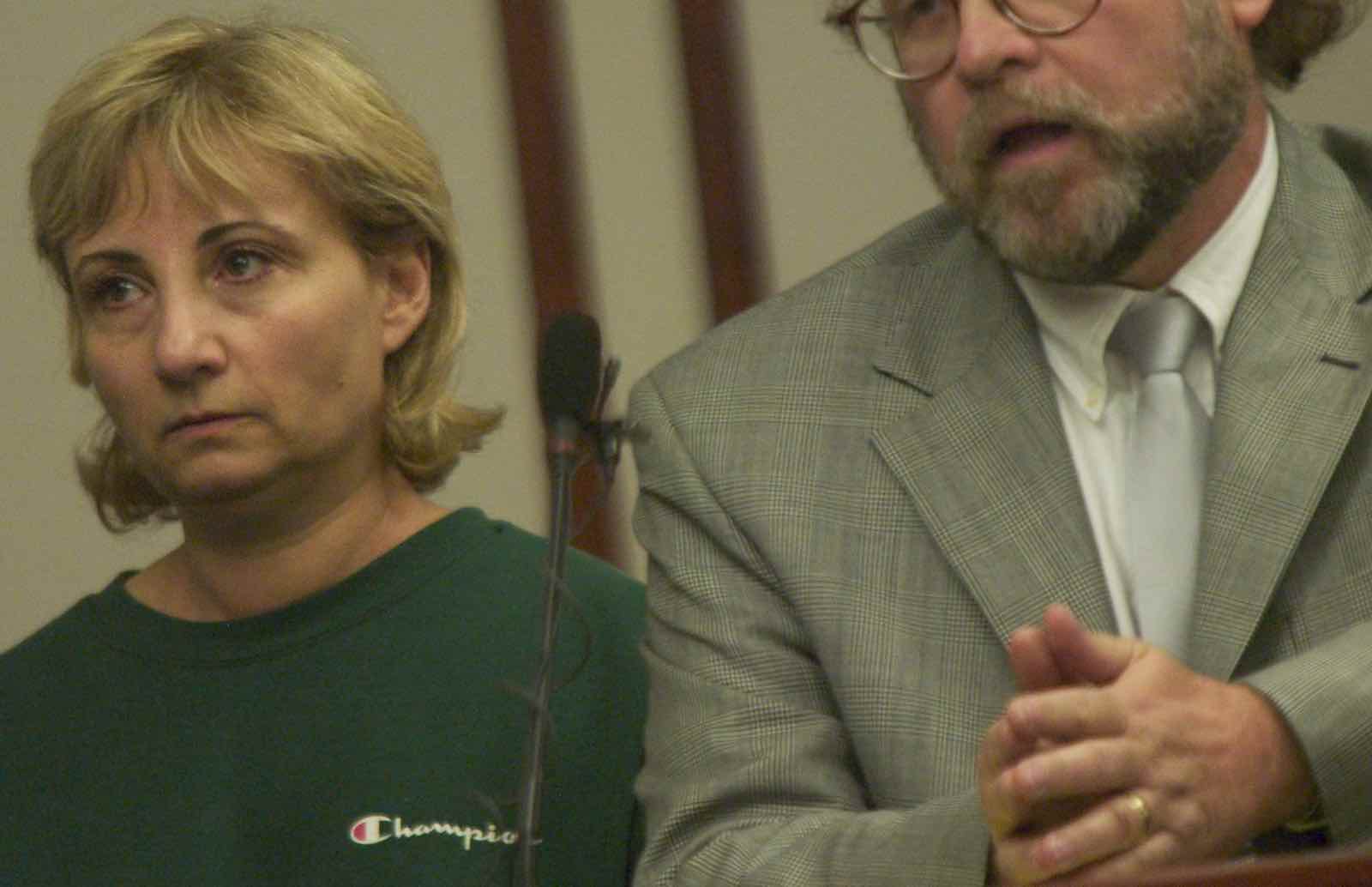 As Nancy became the family’s chief earner, Bob launched a new business, a batting cage for kids titled The Upper Deck. There he met a new family that only added to the problems on his own, the Dumbletons. Bob’s sons Jeff and Greg both clearly saw the bond that Bob had with the Dumbleton family. The brothers agreed that Bob seemed more involved with the Dumbletons than his own children.

Bob coached the Dumbleton kids in baseball, and their mother, Julie, volunteered to do bookkeeping for The Upper Deck. Rumors of an affair between Julie and Bob circled their relationship, with Bob’s son Greg even saying “We would say that we hoped he was. Because the behavior was so eerie that it was the only thing that could possibly explain it.” 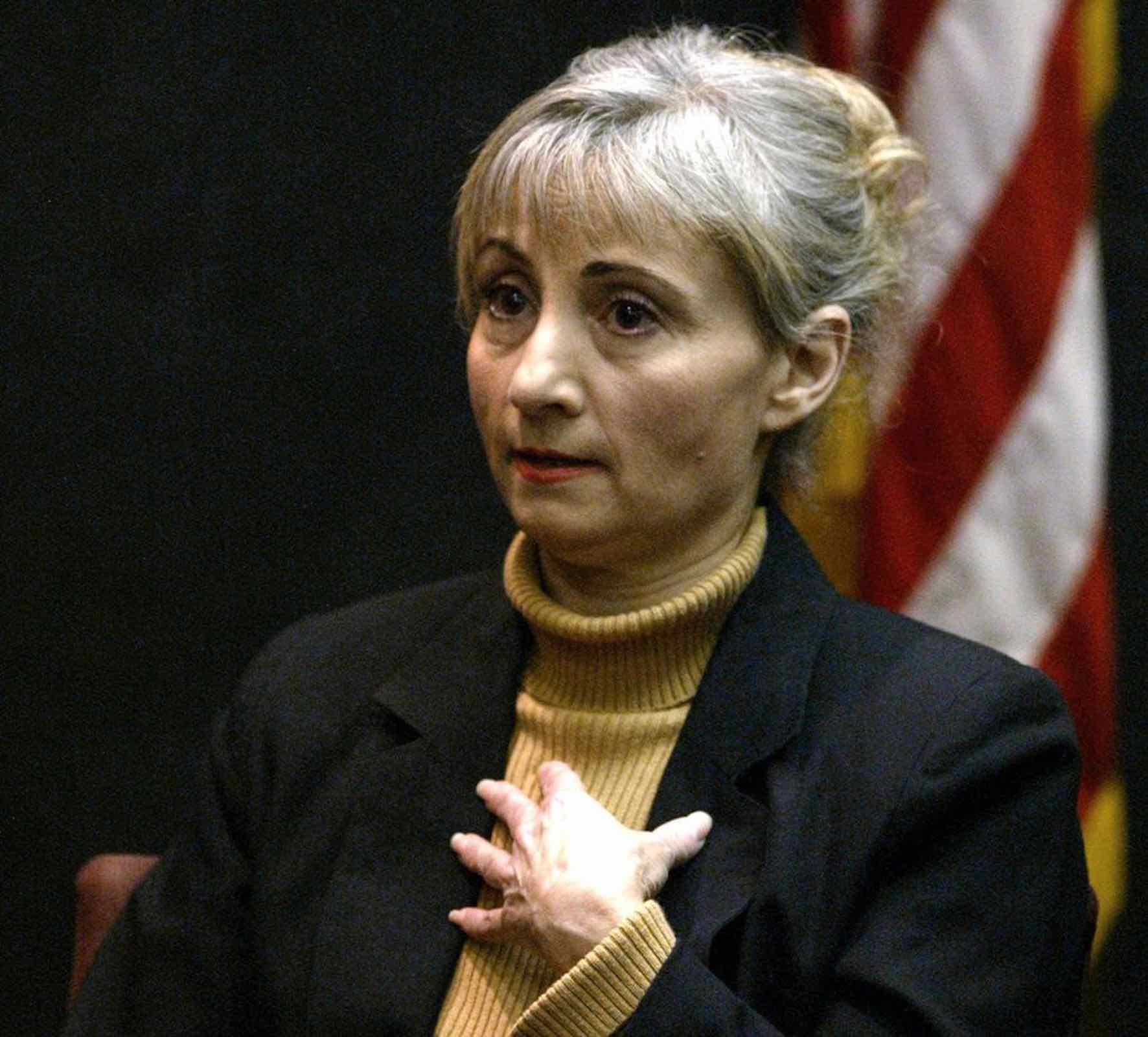 Meanwhile, with Bob’s real family, Nancy describes an increasingly tumultuous home, even detailing to 48 Hours a trip to the emergency room where she almost told the nurses everything going on at home. However, catching sight of a parent from the school where she taught kept Nancy from coming forward.

Even as Bob became more violent, it was a car that ultimately fractured the family. While son Jeff was now fully grown and married, Nancy and Bob’s younger son, Greg was still at home. Bob purchased a 1989 Ford Mustang with the intention of restoring it with Greg, as a bonding project. 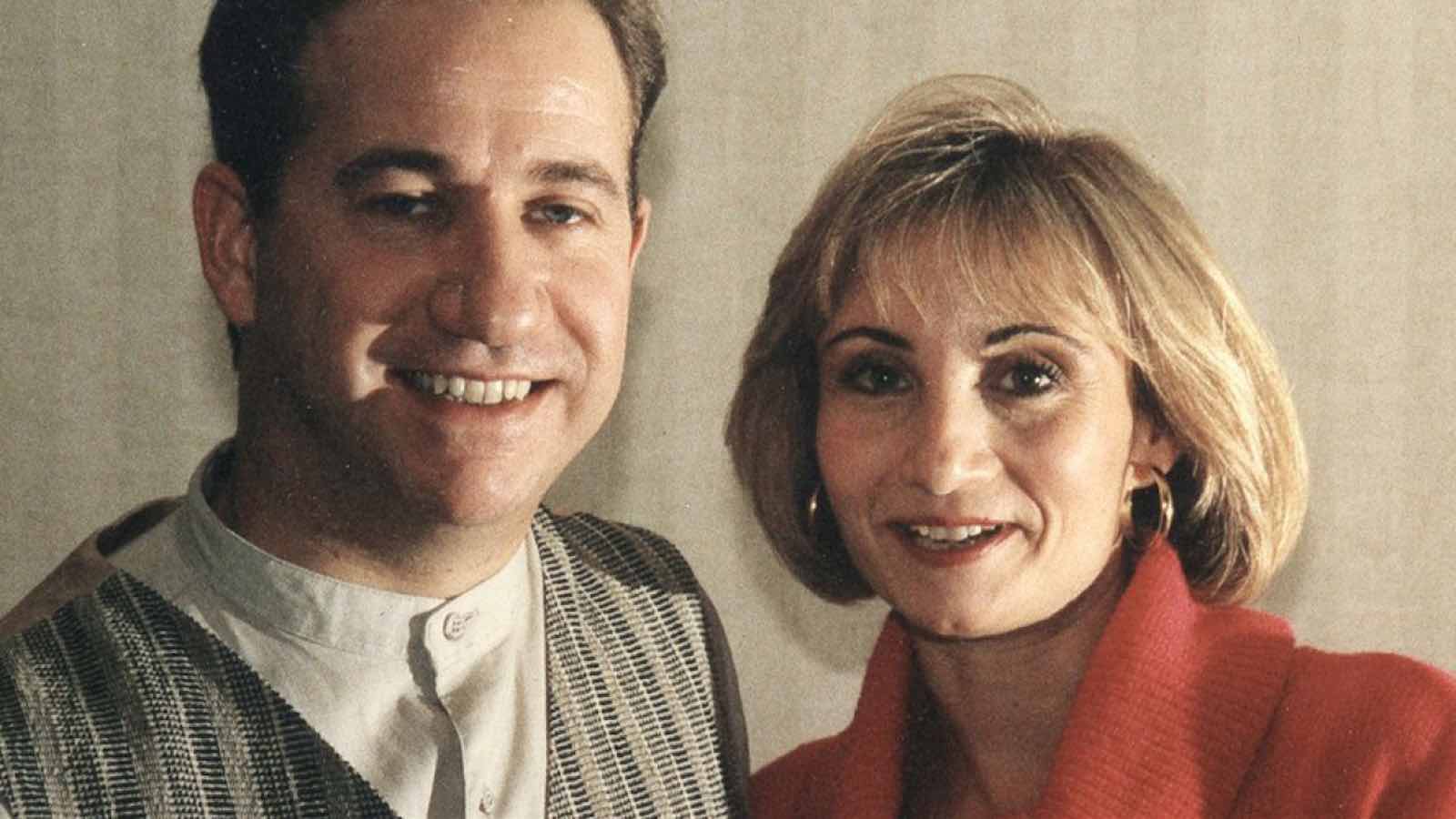 That dream quickly became a nightmare, as Greg’s fury had a new target, Greg. Nancy tells 48 Hours, “He was verbally abusing Greg, telling him what an asshole he was, that he didn’t know what he was doing. And he told Greg to pack his things, he threw him out on the street on his birthday, and told him to never come home again.”

This was Nancy’s final straw. She began an escape plan, looping her sons in, and buying a condo. Nancy told Bob the condo was for Greg to move out on his own, even as she secretly began packing her things. Meanwhile, Bob made plans of his own. He flew to Arizona to visit his brother Dennis, who described Bob as excited about his new life. 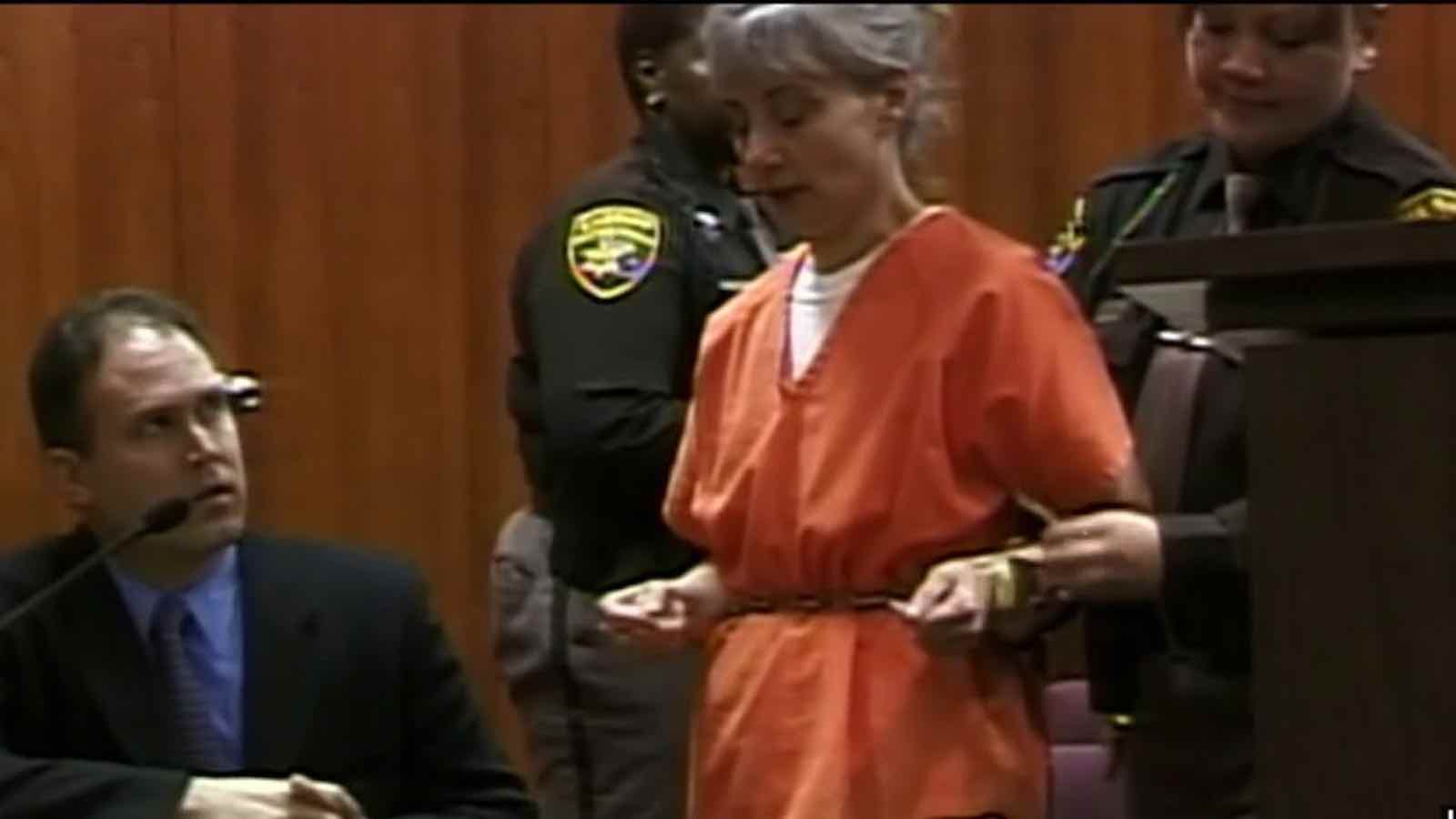 After spending Mother’s Day at Jeff’s house, Nancy, Jeff, and his wife went back to Nancy and Bob’s home. Almost immediately, a fight erupted over Nancy’s request to take Bob’s Ford Explorer to pick up Greg from college. Jeff and his wife left the home at around 7 pm.

At 7:37 pm, Nancy is caught on Home Depot’s security camera purchasing a hatchet. She claims the purchase was intended to chop up a tree stump in their backyard. Nancy tells 48 Hours that the next morning, at 5:30 am, she went to the kitchen where she and Bob argued again.

Nancy claims that Bob told her that he wanted a separation, and when her response was antagonistic, he confronted her with his knowledge that he knew she was packing up her things and that the condo was for her, not Greg. Their argument became physical, and Nancy tells 48 Hours that Bob chased her and cut her with a kitchen knife. She grabbed the hatchet, and she fought back. 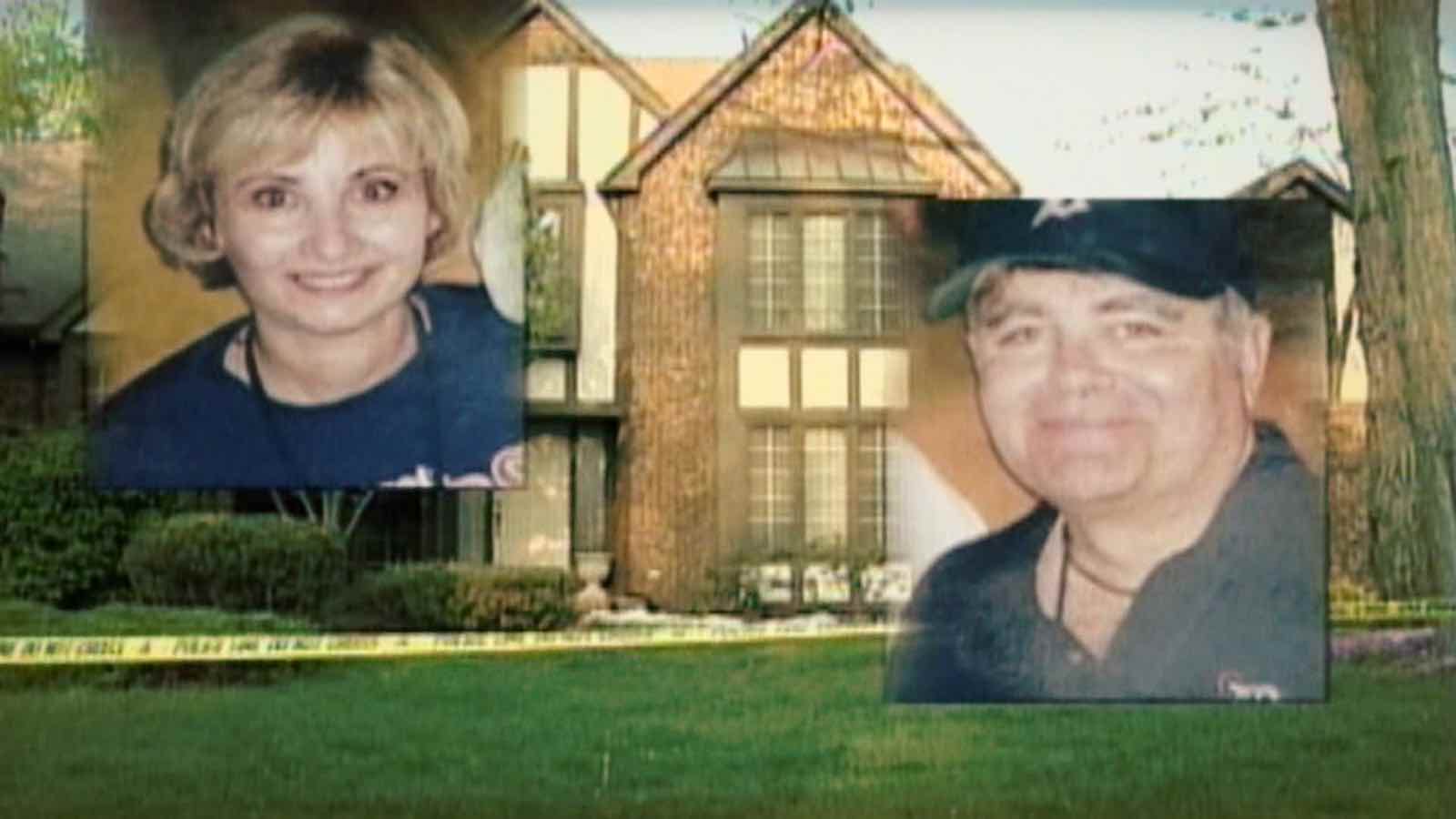 Was it truly self-defense?

Nancy hit Bob 16 times with a hatchet. Then, she stabbed him another 21 times in the back with a knife. Nancy Seaman told 48 Hours, “It was not rage. I was terrified,” says Seaman. “There is a difference between — rage indicates anger. It was not anger. I was terrified at this point, for me.”

At this point, we are completely on Nancy’s side, even with the suspicious purchase of the hatchet. But now, she completely loses us. 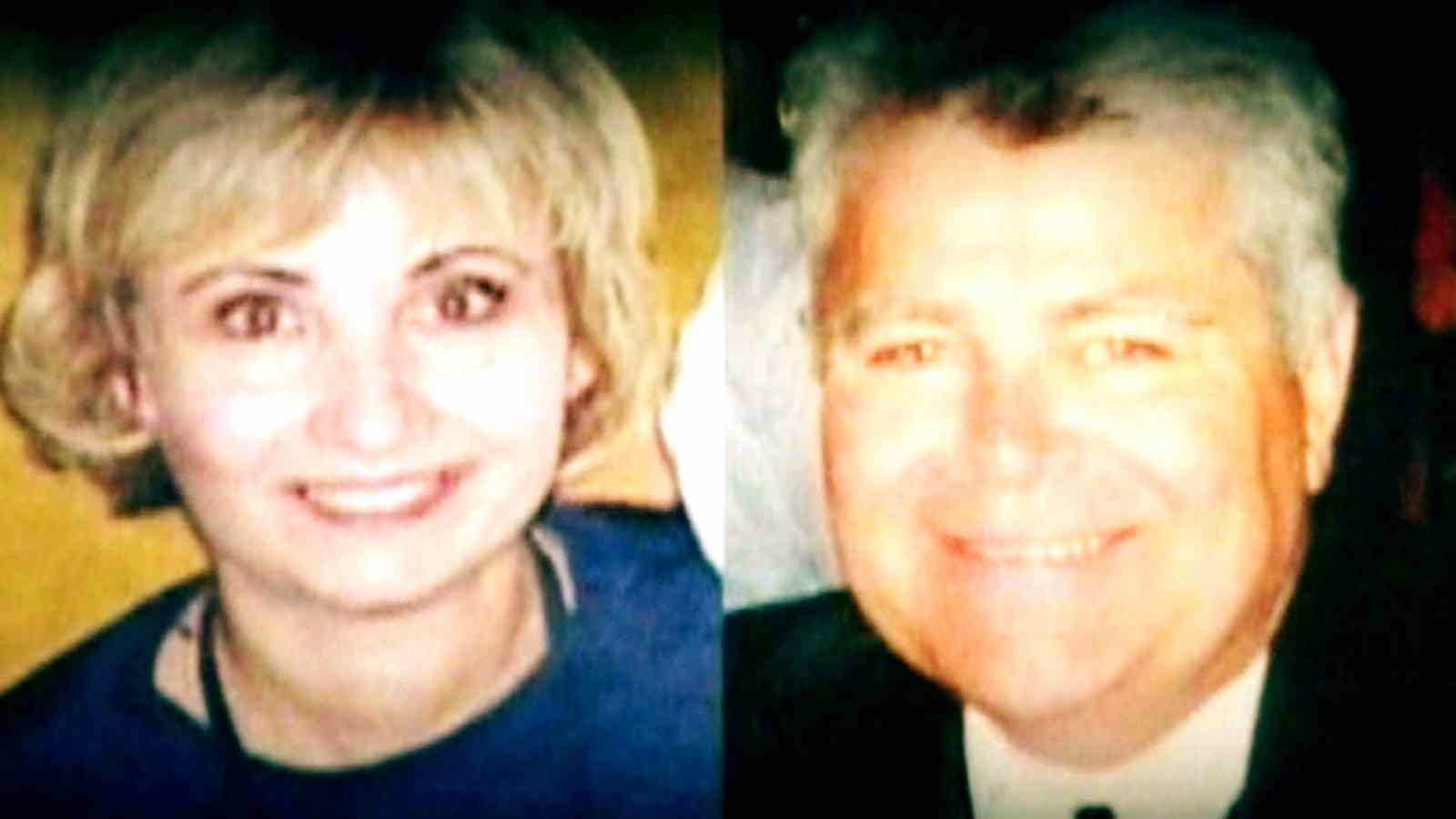 According to 48 Hours, Nancy Seaman then took a shower and went to work just like any other day. She spent the entire day teaching elementary school students and then began a frantic cleanup effort. She went home and scoured the crime scene, bleaching the floor, painting the walls, and cleaning up her husband’s blood.

When the police knocked on her door Tuesday night, she invited them in to look around and told them her husband was off having a midlife crisis, even while his body was sitting in the back of her car in the driveway.

As calls to the police about Bob’s disappearance kept coming in, Nancy kept feigning surprise. until eventually, when the police come back to her house, search her car, and find Bob. 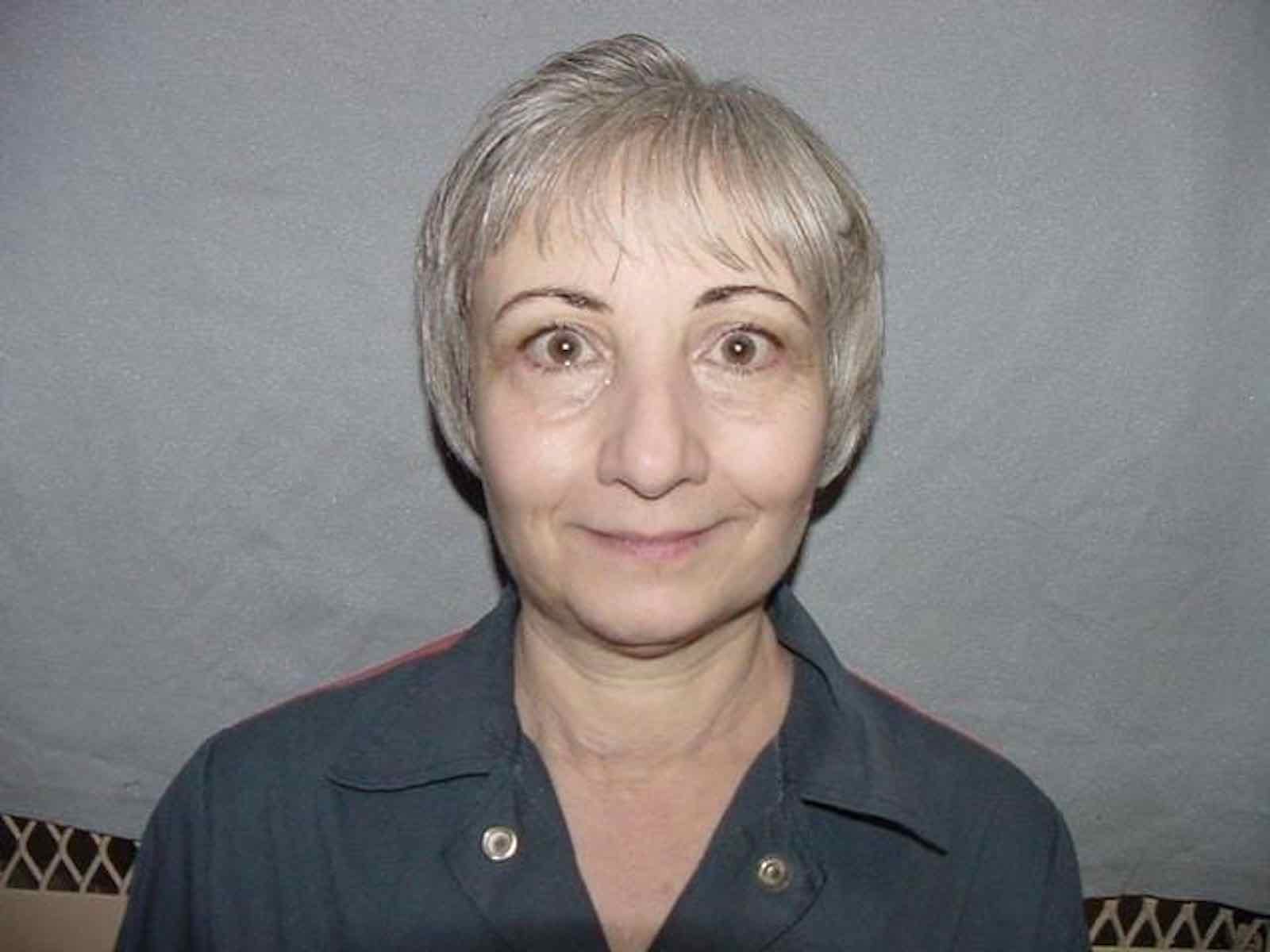 A trial that hinges on her sons

Nancy Seaman’s first-degree murder trial relied on a controversial defense. Nancy claimed that sustaining 30 years of abuse caused her to snap, leading to her overkill of her husband Bob. However, it’s her sons’ conflicting testimony that speaks the loudest at her trial.

Nancy’s oldest son, Jeff staunchly refuses to corroborate Nancy’s story of abuse. While he admits to seeing bruises on his mother, he testifies that she’s clumsy, that she blamed his father for injuries she sustained falling down, and that he never heard her accuse Bob of abuse until she wanted out of the marriage. 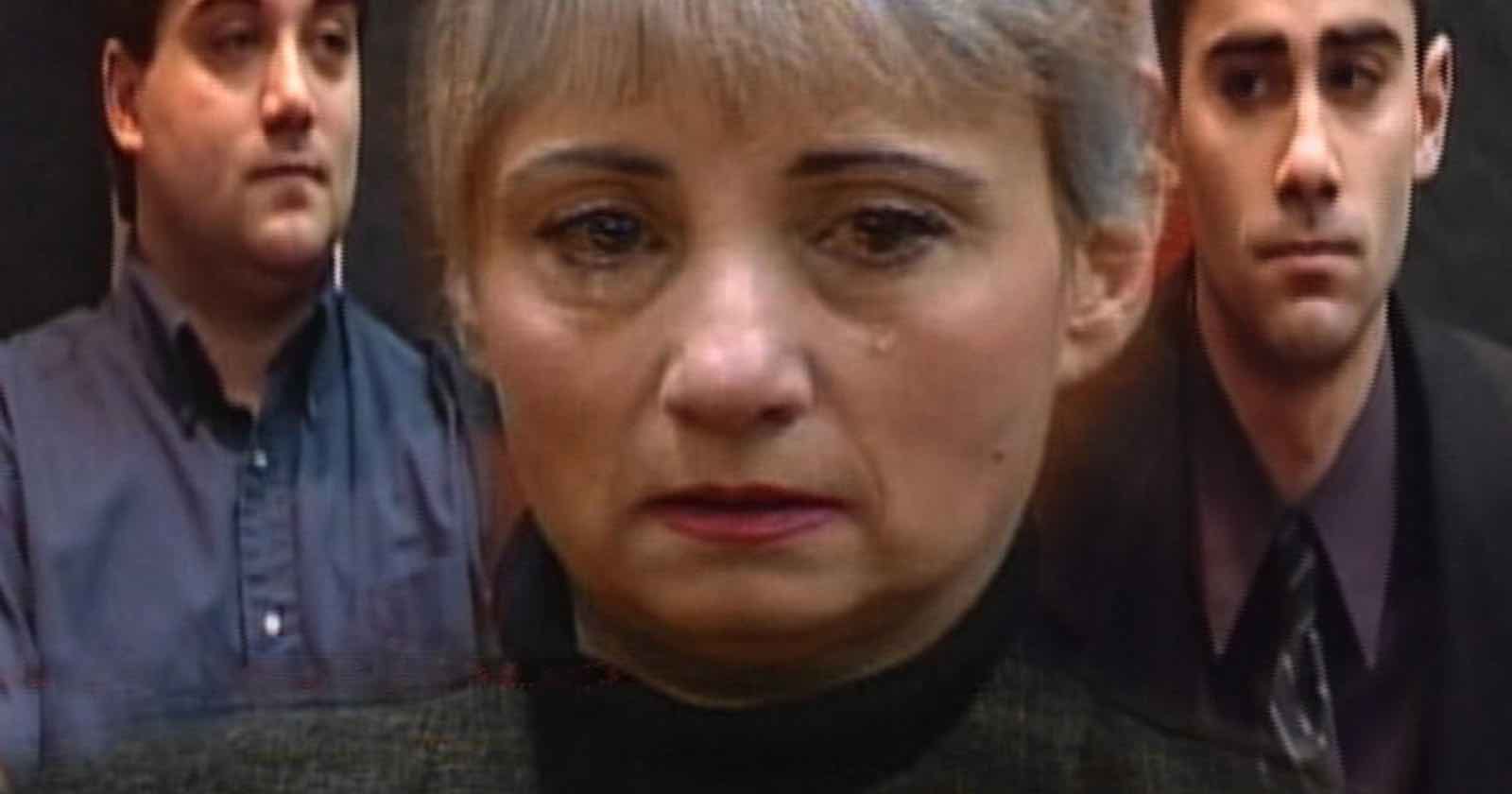 However, Greg tells a different story, he tells the court that he saw bruises on his mother all the time, and that a person can only “fall down” so many times. Greg speaks of Bob’s increasing volatility, and a mental decline.

Nancy’s coworkers testify on her behalf along with Greg. They tell of black eyes and her fear of Bob, but Nancy never told them that she was being abused by her husband. 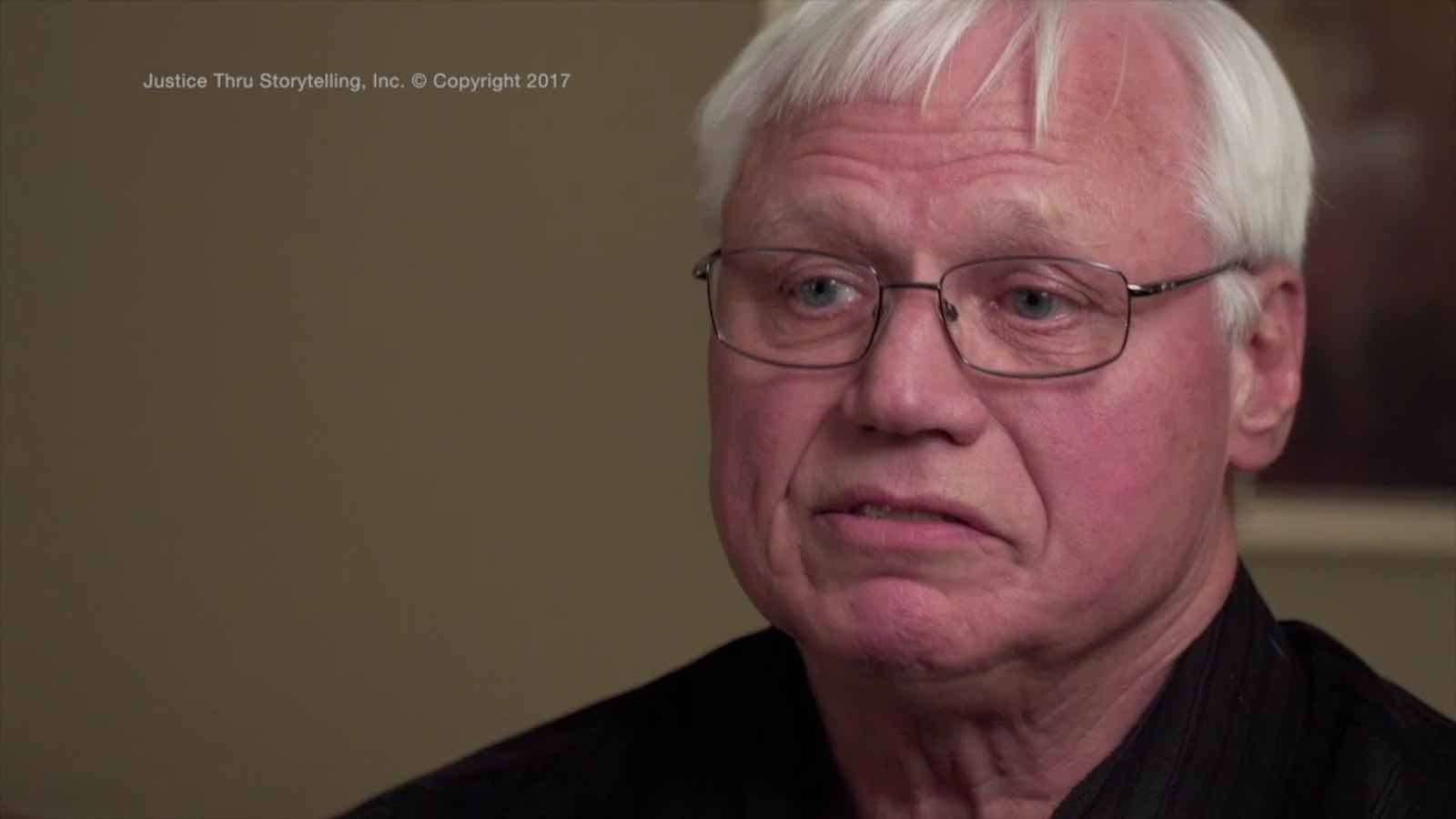 In only 5 hours the jury in Nancy Seaman’s trial comes back with a verdict: guilty of murder in the first degree. When Nancy returns to the court a month later for sentencing, only her son Greg stays by her side.

In what 48 Hours describes as “a stunning move”, Nancy’s judge flat out calls her son Jeff a liar before sympathizing with Nancy. “I can’t believe for one instance that you went out to Home Depot to buy a hatchet to kill your husband. It just doesn’t make any sense. 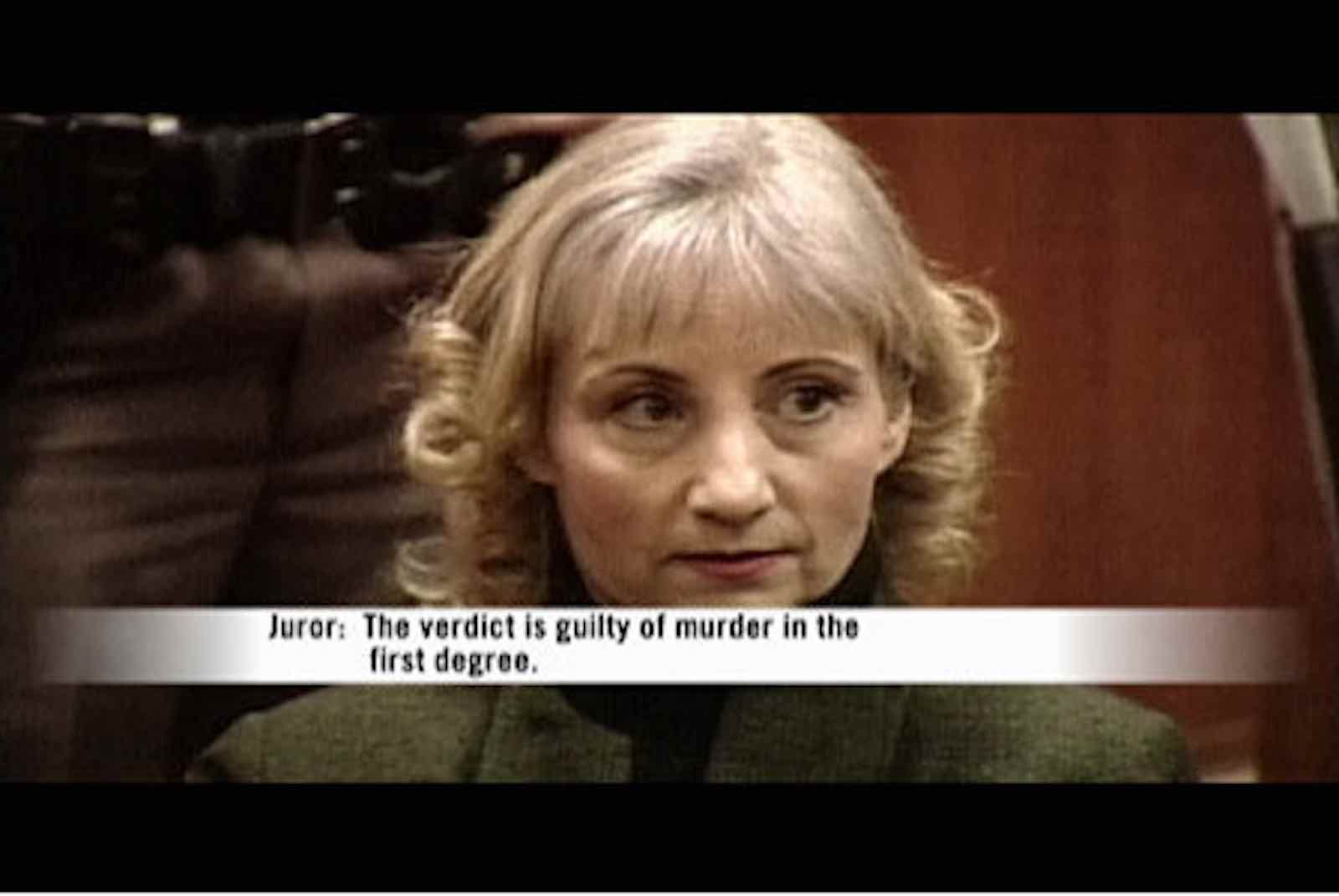 “I don’t take any pleasure in sentencing you to life in prison, but I have no discretion in imposing the sentence I have to impose by law. I only feel pity for you and I feel pity for your family.”

That former Oakland County Circuit Judge Jack McDonald is now one of Nancy Seaman’s staunchest advocates. Only 8 months after Nancy’s sentencing, he reduced her charge to second-degree murder, carrying the possibility of parole in 10 years. 5 years later the court of appeals reinstated her first-degree conviction.

Nancy Seaman is still in prison, having exhausted her appeals, while advocacy groups are lobbying for her acquittal.