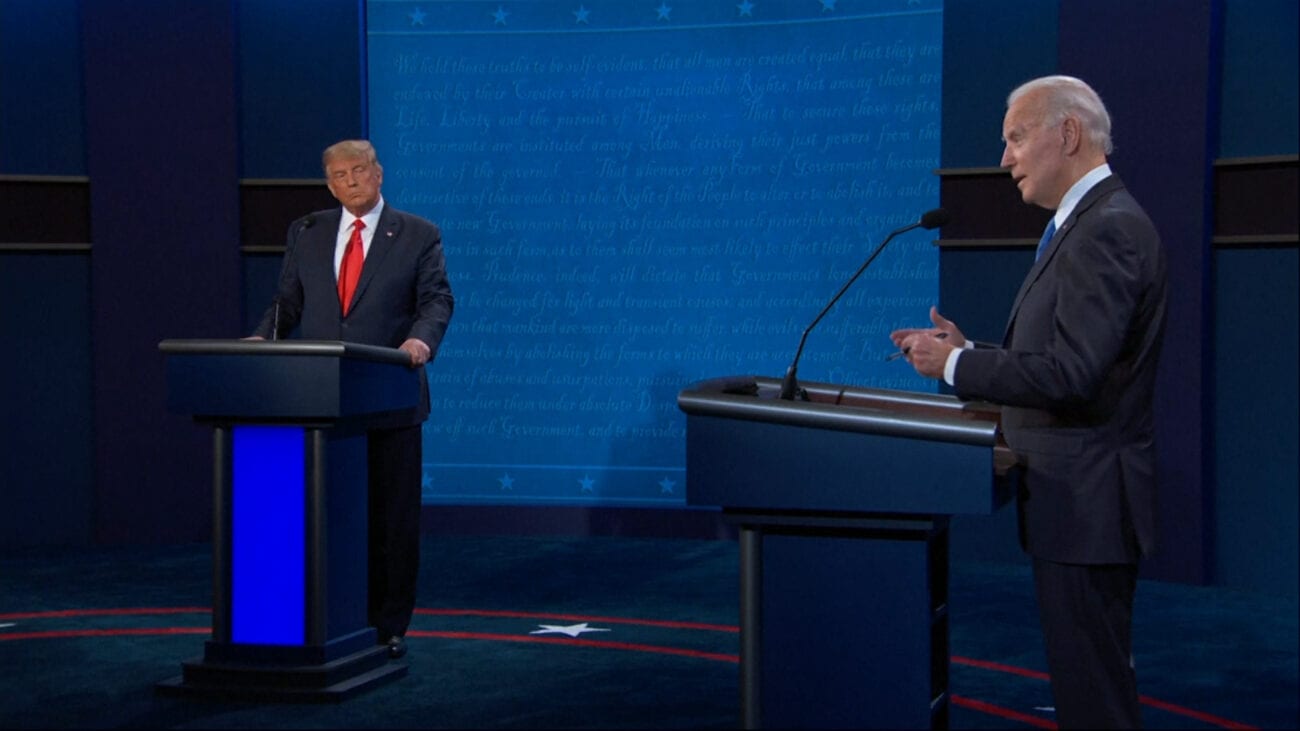 In the dimension where 2020 is a century long, Americans still grimace as the presidential election draws near. As Election Day is less than two weeks away, President Donald Trump and Democratic nominee Joe Biden took to the stage one last time to sway undecided voters in another 2020 presidential debate.

If you need a recap of what happened at the last 2020 presidential debate, look over these memes and just know it was an absolute dumpster fire. This debate included the addition of a mute button for when candidates try to talk over each other, though it seemed to barely make a difference.

Just like last time, Twitter brought the heat with some strong memes covering the 2020 presidential debate. Take a look at a sampling of the content available mocking the debate and its strange moments. 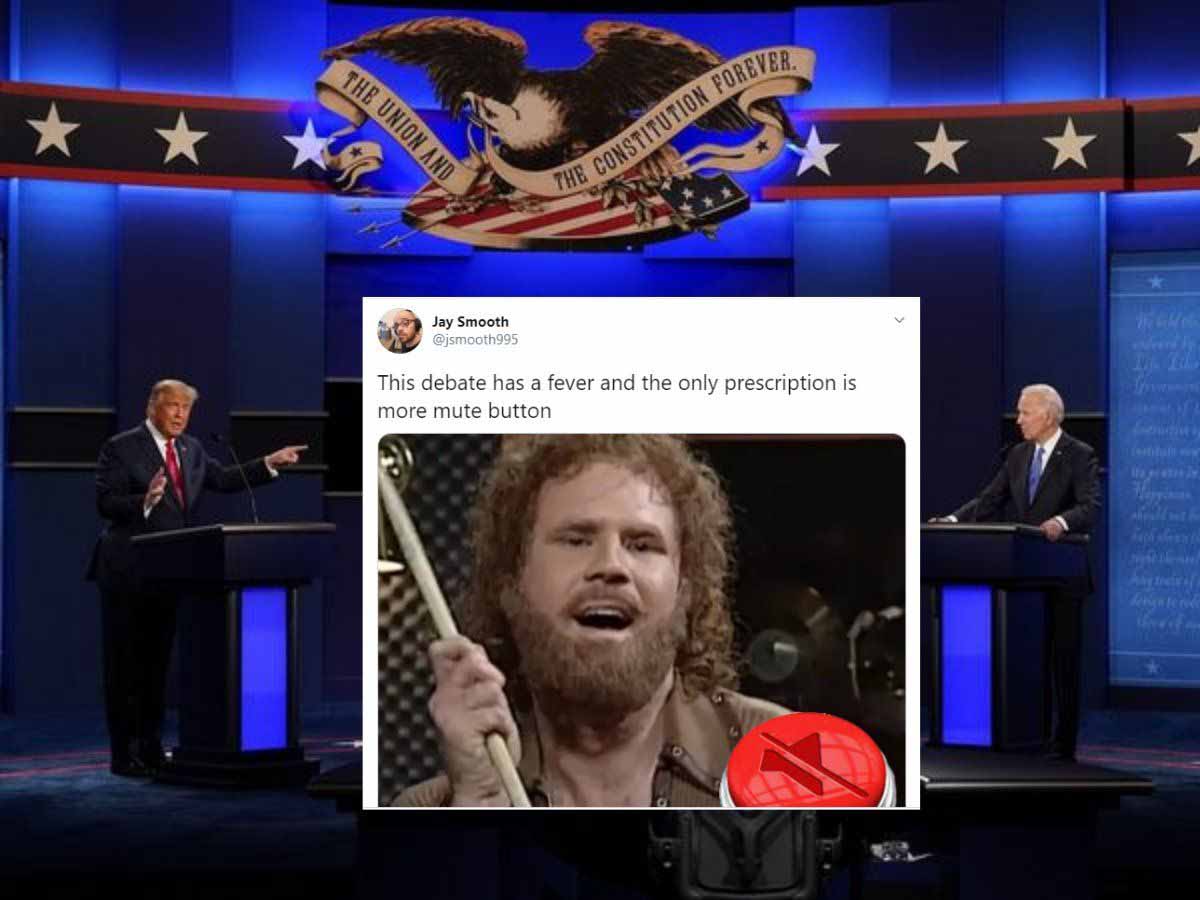 Was there a cat randomly running over the mute button throughout the night? Because there was definitely not enough muting going on. 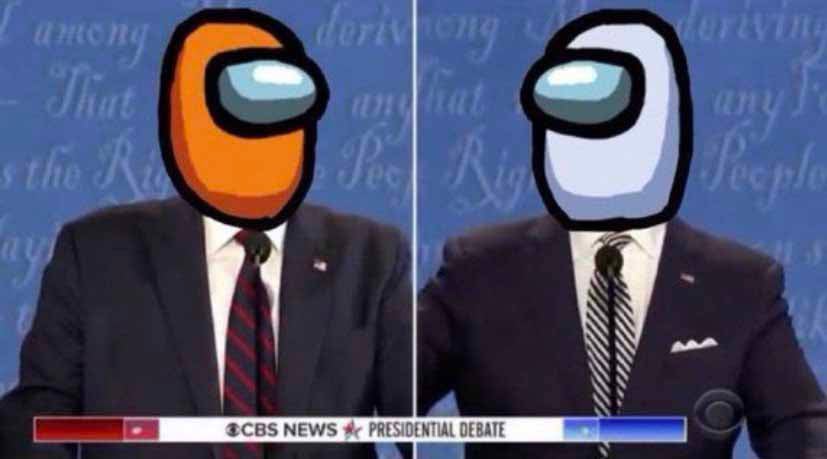 This debate seriously felt like a game of Among Us: baseless accusations, name-calling, and trying to act like you’re not the impostor.

We’ve lost count of how many times both presidential candidates have been accused of Russian collusion. It feels like collusion was the buzzword of this 2020 presidential debate. 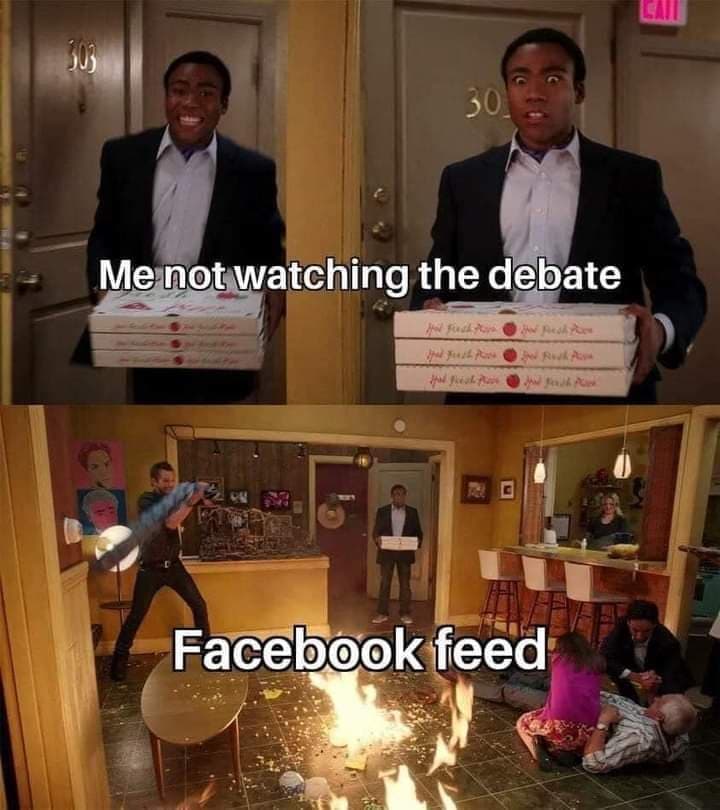 If you’re one of the brave views who put your mental health first and didn’t watch the debate, good for you. Good luck trying to avoid recaps & analysis from your Facebook feed though.

I thought that pose was looking familiar #Debate2020 #DebateTonight pic.twitter.com/xdB7ItuM1e

The pose of enemies

Harry Potter, Batman v. Superman, Captain America: Civil War, even Cats & Dogs have all adapted this pose for their posters at one point. No wonder Hulu “borrowed it” for their debate coverage.

The lack of Clorox wipes at your local grocery store to this day should prove Biden clearly doesn’t know what he’s talking about.

What was the point of the nickname?

Seriously, why did Biden keep calling Trump Abe Lincoln? We’re still confused what the point of the nickname was.

Me watching the debate #Debate2020 pic.twitter.com/2w1vWiUlRv

“H0w could this happen to me?”

The Bernie supporters have been blaring “How Could This Happen to Me?” by Simple Plan since April.

America looking for the mute button tonight like #Debates2020 pic.twitter.com/M4uz62QNss

No but seriously, where was it?

We were promised a mute button, yet we did not see a mute button. Why lie to the American people if you’re not going to enforce the mute system?

Others: Did you watch the debate last night?
Me: pic.twitter.com/ffqmFQ9gmP

Who’s the Penguin though?

In case you forgot, Batman ran against the Penguin for Gotham City Mayor back in the Adam West series. Yet somehow this debate was more ridiculous than the one between the fictional characters.