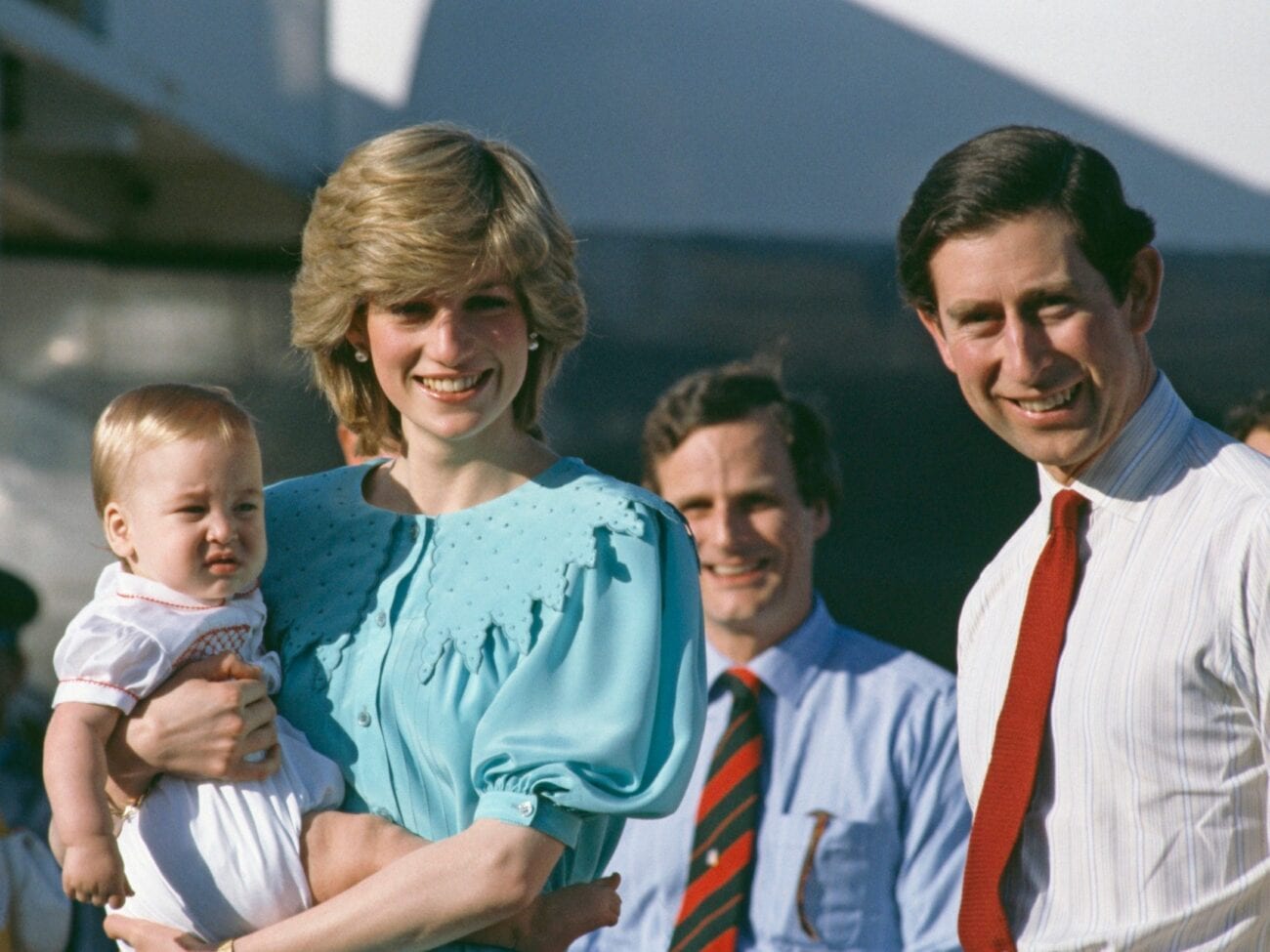 In the most recent season of The Crown, viewers get a glimpse of Prince Charles (Josh O’Connor) and Princess Diana’s (Emma Corrin) first royal tour. The episode “Terra Nullius” describes the newlyweds’ perfect public presence – and their terrible relationship behind the scenes. We have all the real-life details about their famous 1983 Australian tour right here.

According to Elle & The Telegraph, the royal couple’s Australian tour kicked off “Dianamania” globally. The Princess of Wales was a breath of fresh air as she brought “stunning fashion and an endearing presence” to the royal family. Princess Diana was only twenty-two at the time, yet Diana became an immediate icon.

Oprah Magazine reported the royal tour was very important to the Commonwealth. Australia’s new leader, Bob (Robert James Lee) Hawke had recently received his title and wanted to remove any ties to the monarchy. It was Prince Charles and his new bride, Diana to make sure their political goals were set in stone. 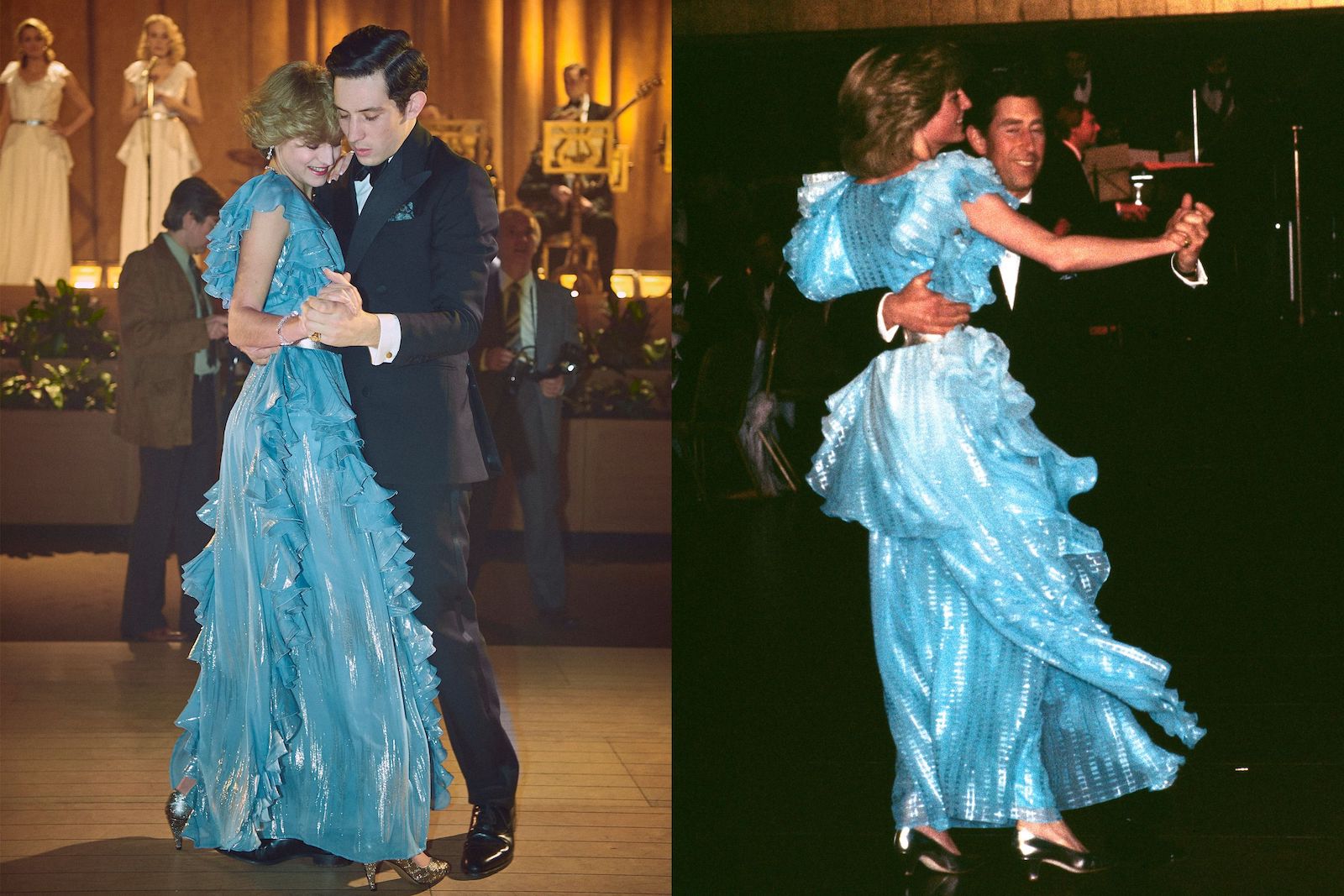 The six-week tour started on March 20, 1983. Prince Charles & Princess Diana were greeted by fans. Unusually, they had their infant son Prince William by their sides since Oprah Magazine claimed the “children never travelled” before then. This was also depicted in The Crown season 4.

Although Prince William didn’t attend every event in Australia, he was nearby at a secluded ranch while his parents travelled across the country. The Prince was only ten months at the time and luckily, Queen Elizabeth allowed it. 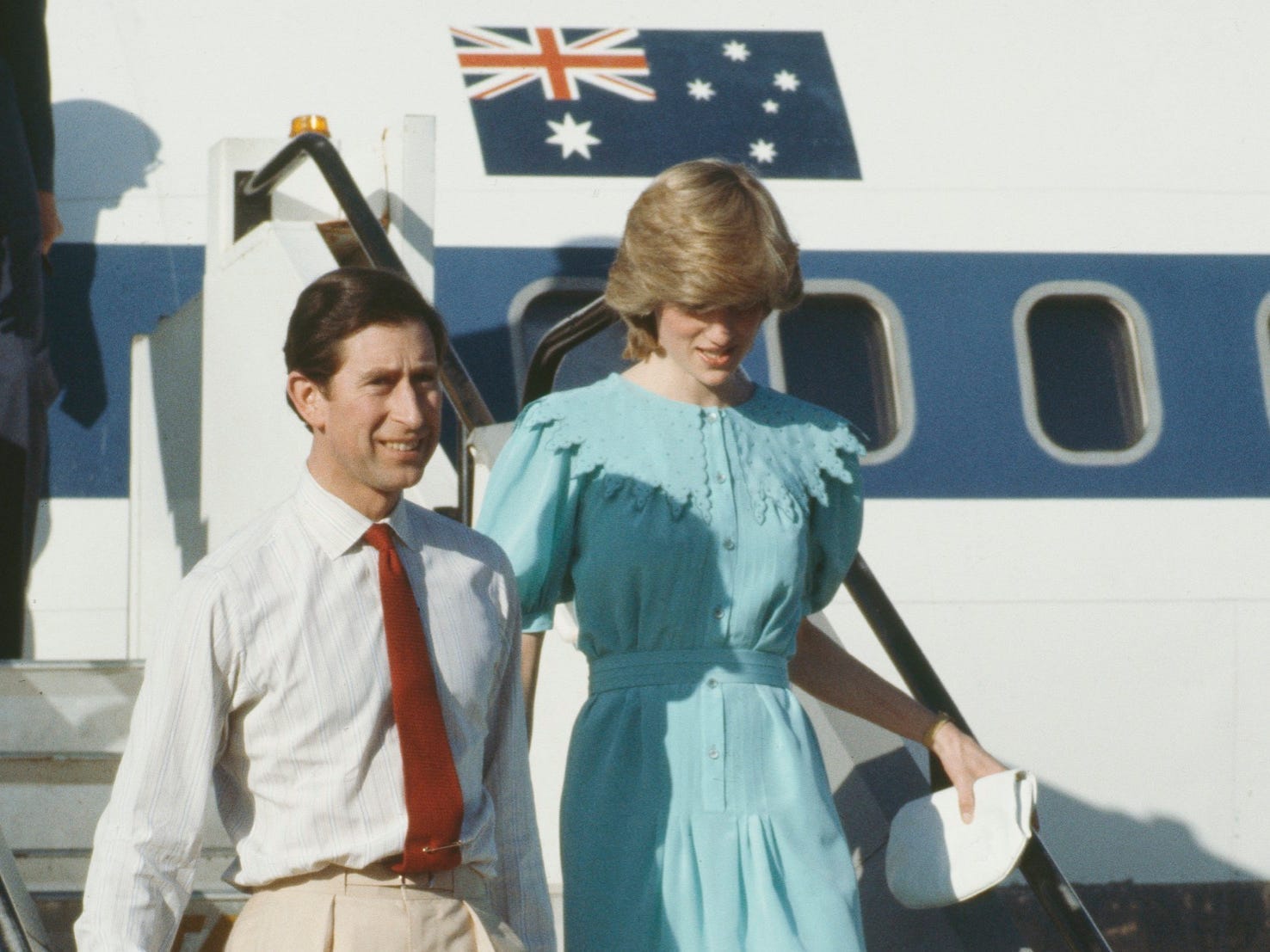 In Alice Springs, Australia, the couple enjoyed a royal photoshoot. Princess Diana wore a buttoned-up white dress with a matching handbag. In Ayers Park, Prince Charles was seen walking away from Diana in the hot sun. Others claimed he was leading the Princess on the right path.

Despite the weather, the welcome ceremony in Alice Springs was another cold day for the couple as they showed no affection and continued to watch the crowd. After Prince Charles delivered his speech, the royal duo greeted hundreds of children while waving their Australian flags. 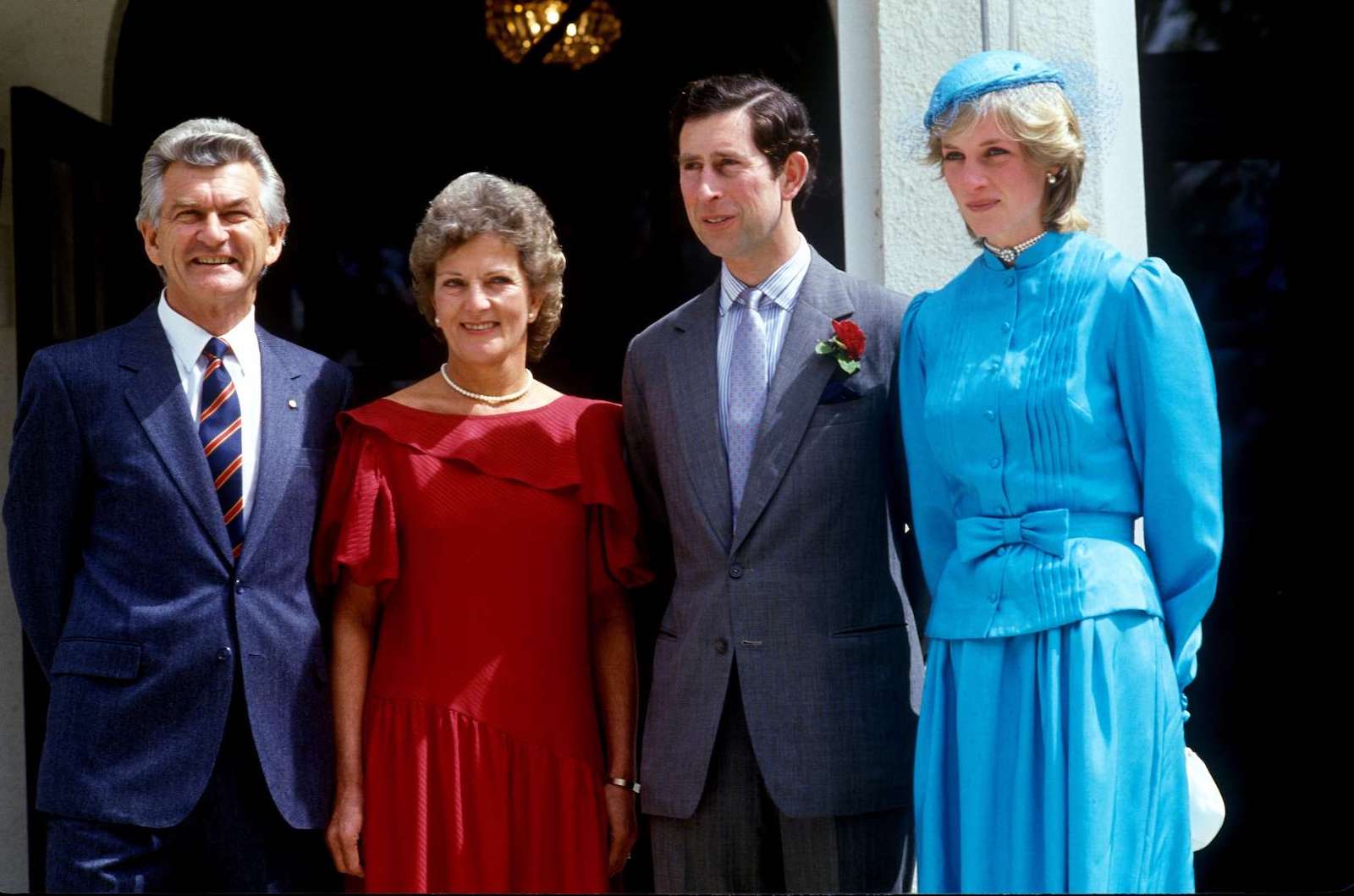 On March 24, 1983, the royals met Prime Minister Bob Hawke and his wife, Hazel. The couple stood tall alongside the Australians in Canberra. They met again with huge smiles on March 25 at their last stop in the Australian town. 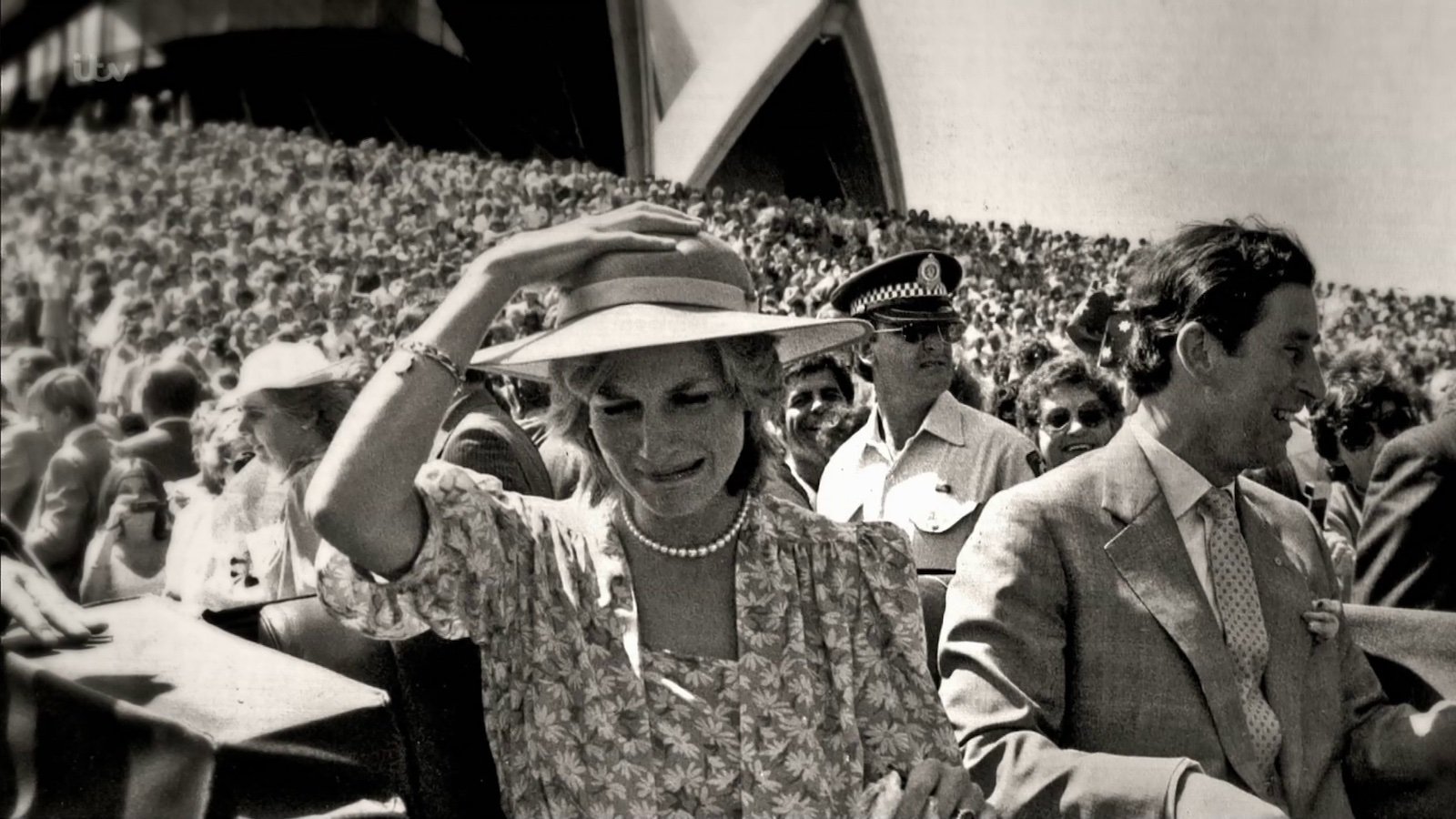 On March 28, Prince Charles & Princess Diana were snapped together outside the famous Sydney Opera House. Diana was also photographed sobbing without her firstborn, Prince William. We can only guess what Diana was really crying about.

After a long tearful day, Prince Charles & Princess Diana enjoyed a slow dance.  Easily, this was the most romantic part of their Australian journey. The couple danced like Disney characters at a charity ball in Sydney. Princess Diana wore a long blue dress while Prince Charles was dressed to impress in a black tuxedo with a bowtie. 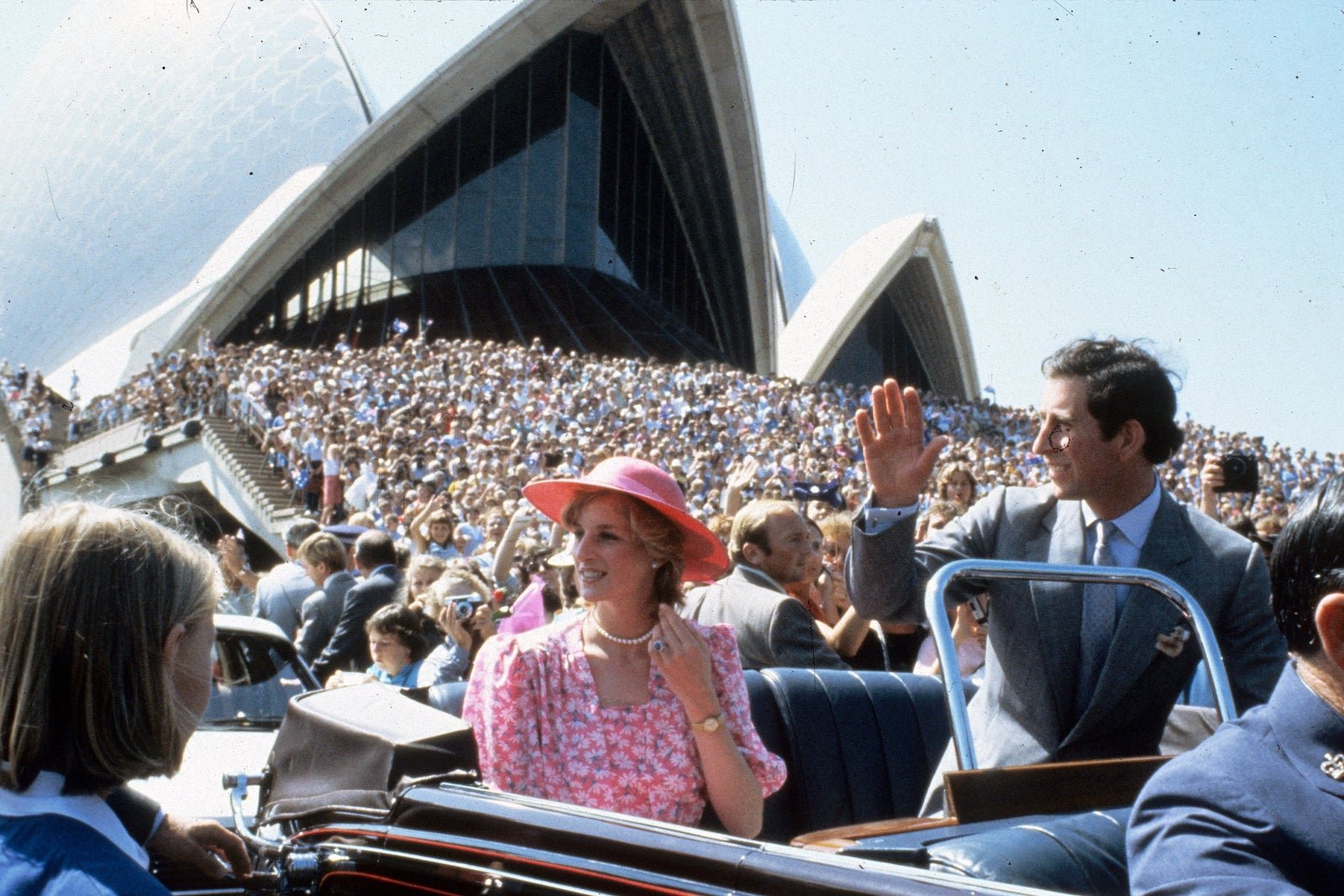 Breaking royal protocol on March 29, Princess Diana & Prince Charles held hands during one of their last public events in the city. In her famous Catherine Walker dress, the couple were seen as bubbly as ever driving through Newcastle.

Princess Diana brought something old to a very new setting on March 30. Diana wore the same tiara she wore on her wedding day. Her family’s tiara was the perfect accessory for her Bruce Oldfield gown at their state reception. 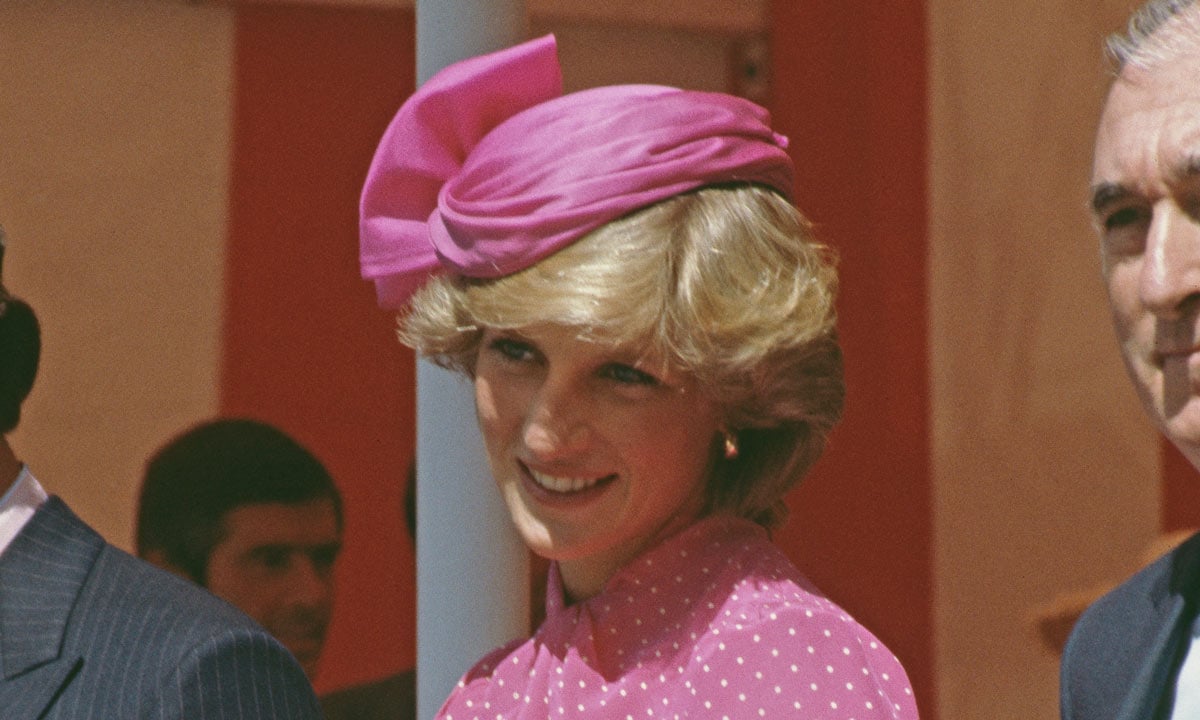 After spending time at the Memorial Oval in Port Pirie, the young Prince & Princess were on their way to Perth. On April 7, the couple were met by young fans with beautiful gifts. Every gift was for Princess Diana, not Prince Charles.

As she walked the streets of Perth in her gushing pink Donald Campbell dress, Princess Diana was photographed carrying all her cute gifts in her hands. The day ended with an event at Perth’s Hockey Stadium. 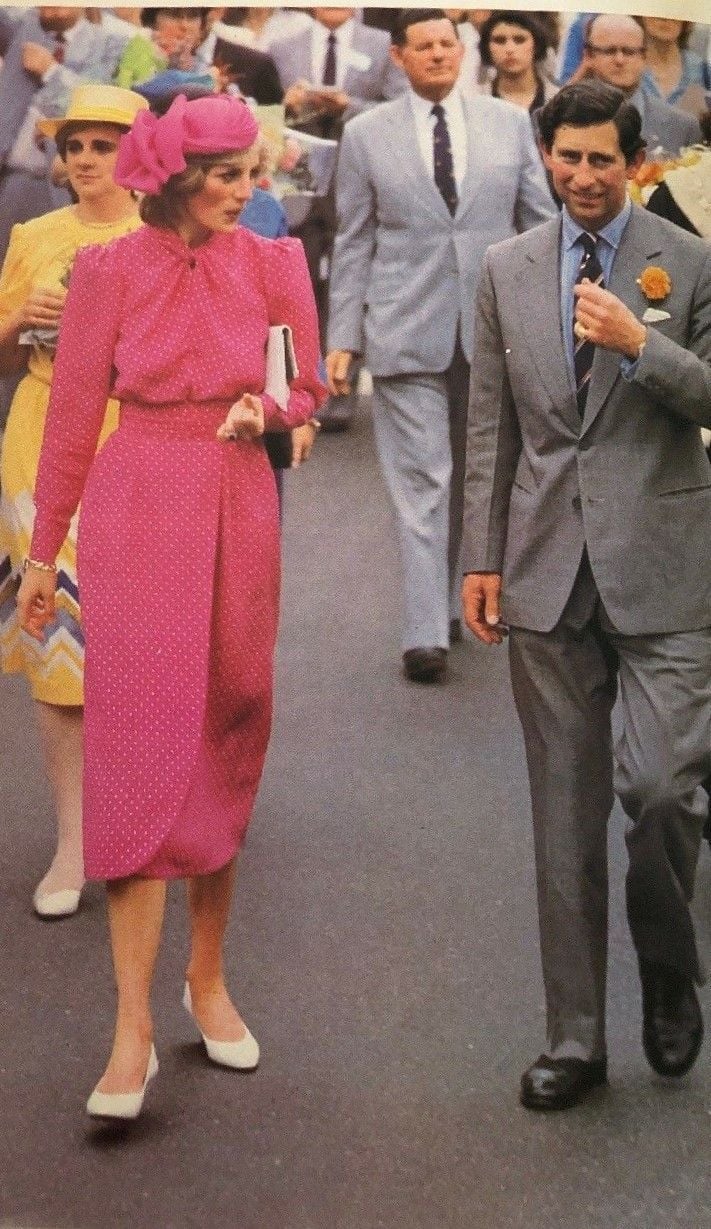 On April 8, the young royal couple attended Western Australia’s favorite city, Bunbury. Prince Charles & Princess Diana looked flushed from the heat while they were driven across the premises. They shook hands and paraded themselves in a black Land Rover. Princess Diana received more bouquets and the couple ended their day waving to their many fans.

Prince Charles & Princess Diana attended a gala concert in Melbourne on April 14, 1983. All eyes were on Diana in her rosy Catherine Walker dress with a pearl necklace! 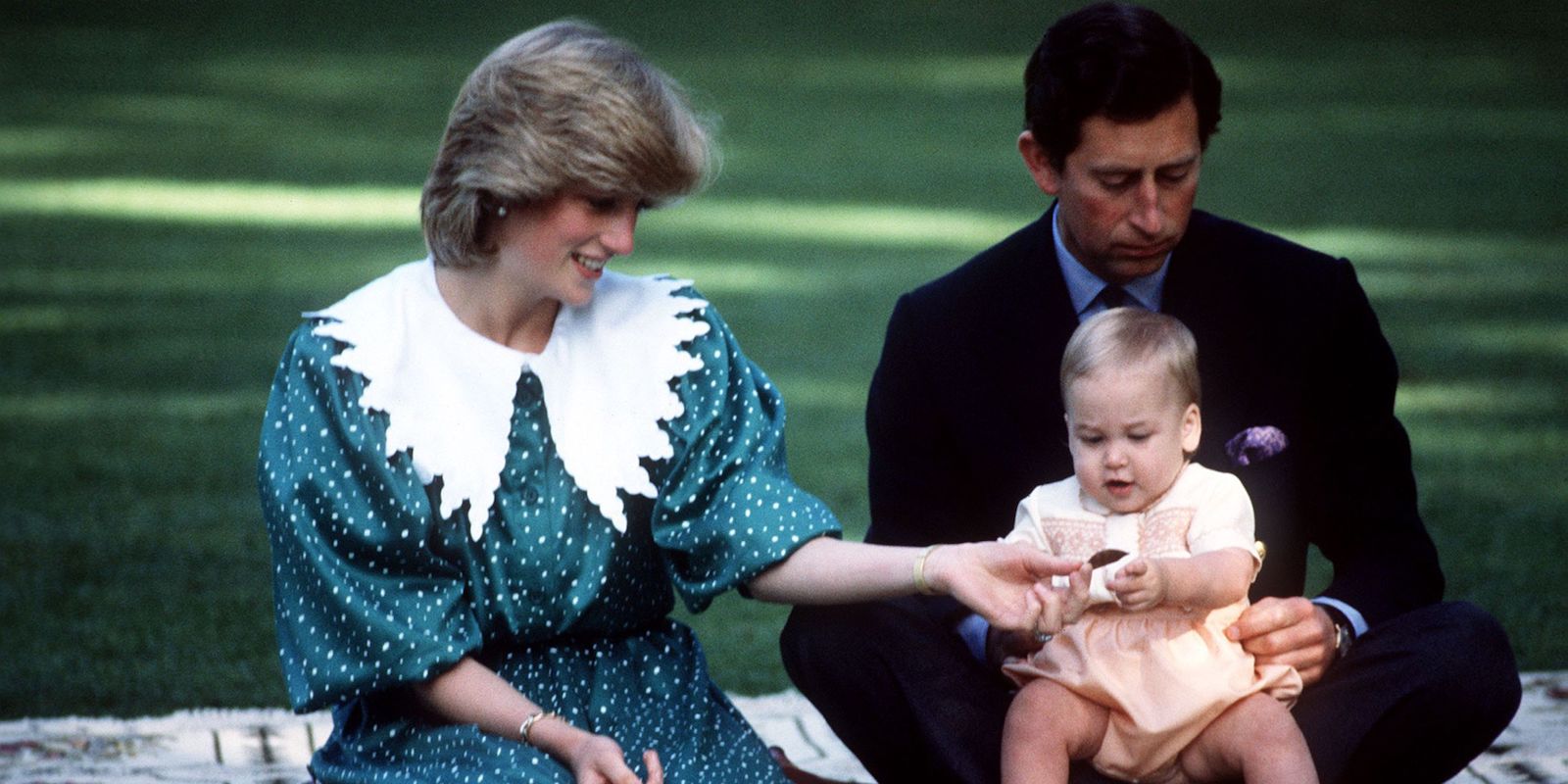 The young couple arrived from Melbourne on April 18 and were welcomed with a ceremony in Auckland, New Zealand. They met Maori women and Princess Diana shared a “traditional hongi nose rub” at Eden Park Stadium. 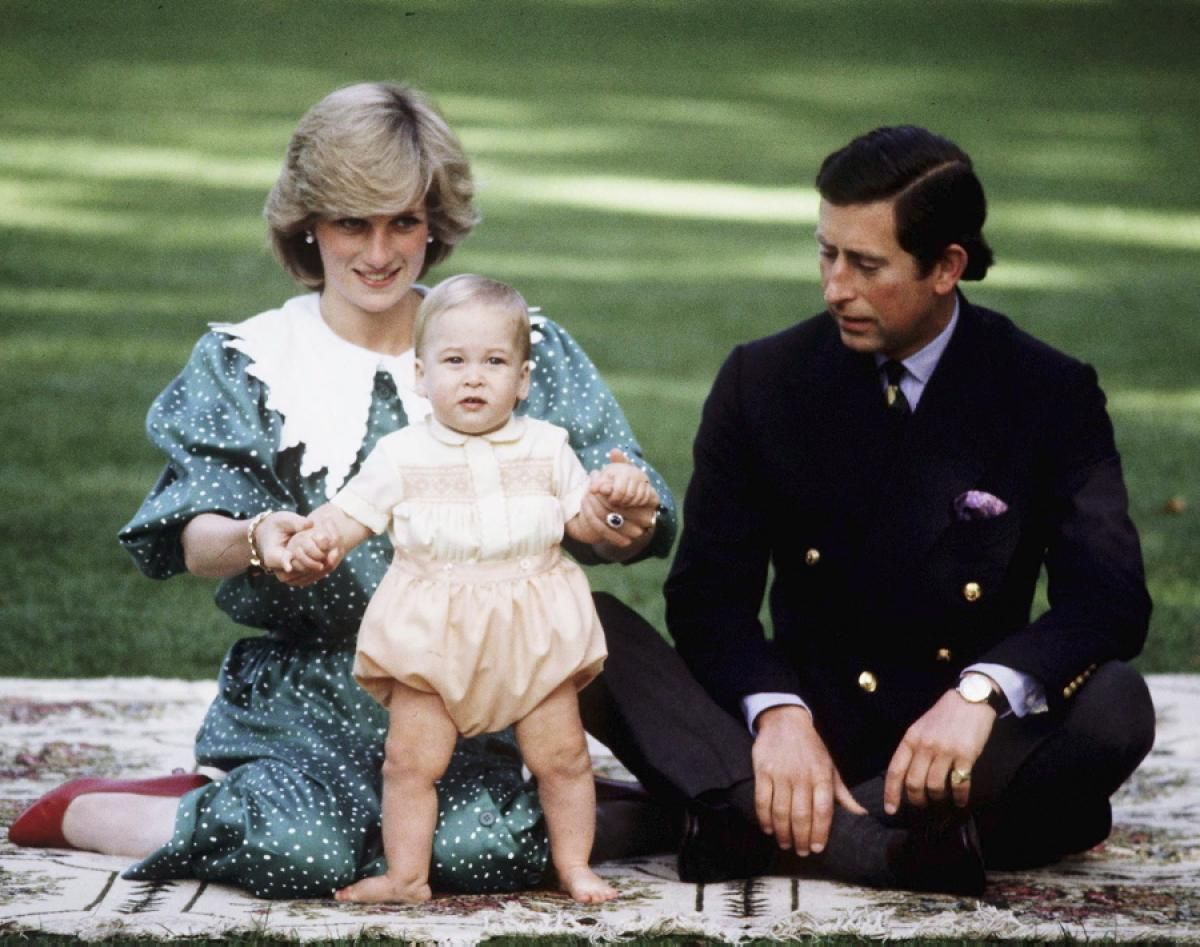 The much-anticipated royal baby moments came at the end of their trip. On April 23, the royal family shared a beautiful moment in the park. Prince William had his first picnic in an orange outfit and danced for his mother and father. Prince Charles & Princess Diana’s day ended with a polo match.

Towards the end of their trip, Princess Diana met her Maori hosts once again, but this time in a bright yellow outfit. On April 29, the Royal couple were taken on a Maori trip across the nearby shore. Later that day, a state banquet was thrown in their honor as a formal goodbye to the young, royal couple.

Oprah Magazine stated due to Diana’s popularity, she was able to turn any room around. Princess Diana’s star power took center stage in Australia & New Zealand, introducing her to the world as “The People’s Princess”.