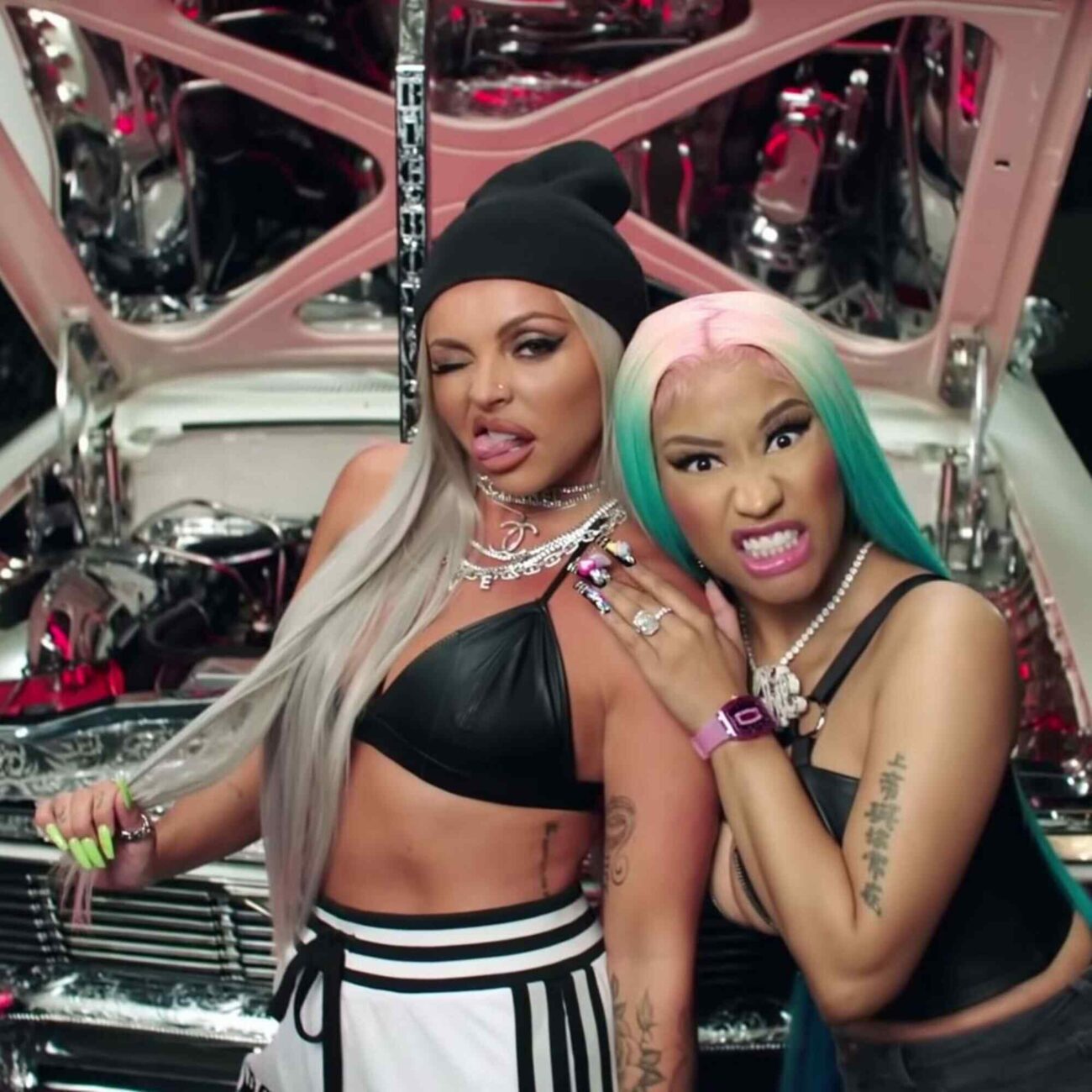 We were all devastated when Jesy Nelson announced to the world just last December that she was leaving behind the Little Mix music group to start her own solo career. While fans weren’t sure just what the future would hold for their favorite pop ladies, it seems like things have been going fine for both Jesy Nelson & Little Mix, as both have been dropping some great music. After all, Nelson proved to us she’s still star material in her new debut single “Boyz”.

The new song is an absolute smash hit, and even features the iconic Nicki Minaj. So what will be next for Jesy Nelson, and how has she been doing since moving on from the Little Mix music group? Well, in recent interviews, the pop star actually confirmed she’s doing great, and leaving behind the group was truly the right decision after all. Let’s take a look at the brand new single here, as well as all that Jesy Nelson has had to say about Little Mix here.

Jesy Nelson has truly left behind her Little Mix roots, as the pop star recently kicked off her long awaited solo career with the help of the iconic Queen of Rap Nicki Minaj. On October 8th, the former Little Mix star released her debut single titled “Boyz” which featured the Trinidadian hip-hop star, and the fans are absolutely loving it. Not to mention that we’re sure Jesy Nelson has also received tons of new fans thanks to Nicki Minaj and her army of Barbz.

In the catchy new hit, Nicki Minaj raps: “It’s Nicki and Jesy. He love me, impress me/ Ready to knock a motherf—er out just to impress me”. In the music video, Jesy Nelson dances and plays golf on a rooftop with a friend, rides a bike down the suburban streets with a posse of “boyz” behind her, shows off some flashy dance moves, and stands side by side with Queen Nicki Minaj in a car garage as she raps her iconic lines. We’re absolutely loving the music clip!

It also seems like her fans are absolutely all here for Jesy Nelson and her solo career after Little Mix as well, as the response to the new single & music video have been quite positive so far. One Twitter user @gjlmunar wrote: “Jesy Nelson killing the BOYZ with so many outfits. Plus her vocals and adlibs and Nicki Minaj’s Rap part made the whole MV a masterpiece!” The music video for “Boyz” has already reached two million views as of today!

Jesy Nelson killing the BOYZ with so many outfits. Plus her vocals and adlibs and Nicki Minaj's Rap part made the whole MV a masterpiece! pic.twitter.com/s1GMBZu7lS

Saying her goodbyes to her old group

Prior to the release of “Boyz”, Jesy Nelson got real personal with the public and opened up in a recent interview about why she felt she had to leave Little Mix all behind. Although she has always had nothing but love for her fellow sisters in the group, she opened up about how insecure she was during her time with Little Mix, and expressed that it was far from “living the dream”. She also claimed that she often felt “miserable and trapped” while in the group.

Jesy Nelson reflected on her past insecurities and said: “I guess the thing that I’m better with now is that I see little things now when I do a music video. I’m not looking at the camera and thinking, oh my God, I don’t look as skinny as Jade, Leigh-Anne and Perrie. And that’s what I did every single day and, for the first time ever, I did my music video and I enjoyed it. I absolutely loved it and I was like, this is the feeling I should have had the whole time”.

She added that she had to leave Little Mix behind for the sake of her own mental health, and said: “I really didn’t want to upset people and I didn’t want people to think that about me, but I don’t care any more. It was ten years of my life that I was very unhappy with and I needed to take myself out of that and genuinely do what’s going to make me happy. Some people may not understand that, but you live once and you have to do what makes you happy”.