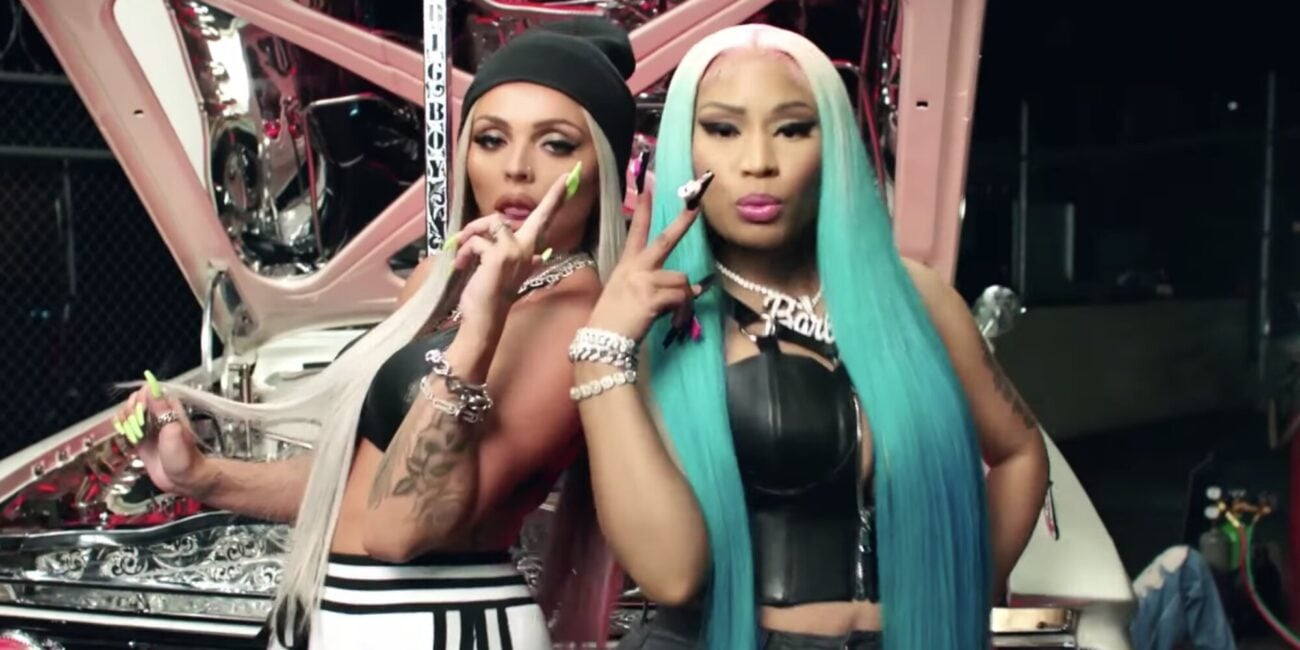 It was supposed to be a huge week for Jesy Nelson, the singer who was formerly from the music group Little Mix. The musician had just released her first single and music video as a solo artist since announcing her departure from Little Mix last December, and the song “Boyz” featured the Queen of Rap herself, Nicki Minaj. With all this going on, it seemed like Jesy Nelson was on track to become a super successful solo musician.

However, while the music video and song did trend and was largely talked about by tons of folks on the internet, it was mostly the trending topic for all the wrong reasons. Jesy Nelson has been accused of blackfishing with her new look since departing from Little Mix, and since then, Nicki Minaj has even gone on IG Live to speak up and try to defend the pop singer. Let’s take a look at all the drama that has been going on since then here.

What has been going on with Jesy Nelson?

When Jesy Nelson announced that she was separating herself from Little Mix, fans of the group were absolutely devastated. Since her comeback as a solo artist though, it seems that there’s been some bad blood between her and the girls from Little Mix that has even prompted them to all one by one unfollow Jesy Nelson from their Instagram accounts. Could this be due to all the criticism that Jesy Nelson received from her song?

In the music video for “Boyz”, Jesy Nelson looks to be very tan and her hair is styled with wigs and braids. One outfit of hers includes one with basketball shorts and gold teeth, as she sings about admiring boys who are “so hood, so good, so damn taboo”. The song samples Diddy’s “Bad Boy for Life”. Since then, tons of people have taken to social media to criticize the singer for her song and music video and accuse her of blackfishing.

Since then, the women from Little Mix, which include Perrie Edwards, Leigh-Anne Pinnock and Jade Thirwall, have all unfollowed their former groupmate Jesy Nelson on Instagram. This has left many fans wondering if there’s actually some more drama to the story of Nelson’s departure from the group. Just recently, the star even opened up about how being in Little Mix was toxic & detrimental to her insecurity & mentality.

Nicki Minaj has spoken up

All of the controversy & drama has even led Nicki Minaj herself, who is featured on the track and stars in the video, to speak up and defend Jesy Nelson from the criticism of blackfishing. The rapper went on Instagram Live with Jesy Nelson just last night and told viewers: “Y’all gotta stop. If you know someone has been suicidal from bullying in the past, why try to get a bunch of people to bully them again about something else?”

Nicki Minaj also said: “There’s a lot of women out here in the United States that tan, get bigger lips. I wear straight blonde hair when I want to”. She also said her bandmates were only “calling [her] out because of their “personal vendetta” against her. She added: “Don’t wait a decade after you’ve made millions with the person”. She even called them “clowns” while Jesy Nelson laughed. So far, no one from Little Mix has responded yet.

Jesy Nelson herself has said of the situation to Vulture: “I take all those comments made seriously. I would never intentionally do anything to make myself look racially ambiguous, so that’s why I was initially shocked that the term was directed at me”. She also added that she was being “100% myself” in the music video and songs.