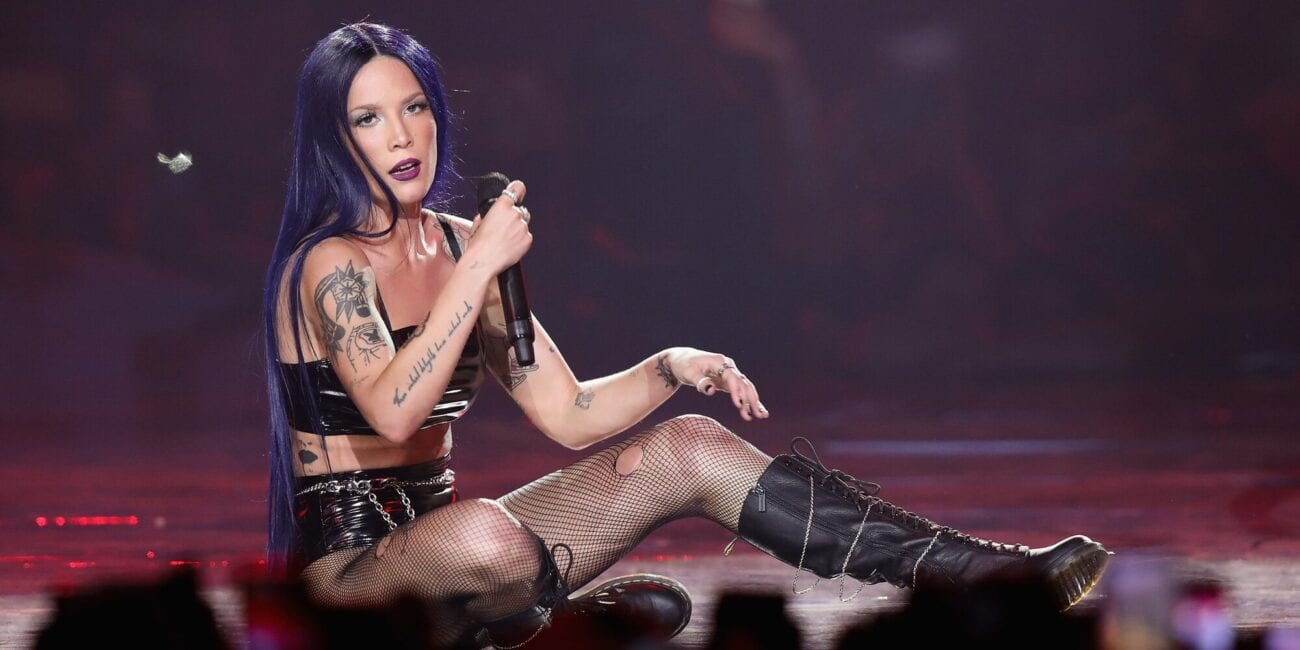 Why are Halsey’s Insta followers celebrating?

Why are the Insta followers of pop star Halsey celebrating big time today? Well, of course, the reason behind this is no other than the singer’s surprise album announcement. Get this, the star isn’t just releasing a new album, but it’s also going to be produced by legendary musicians Trent Reznor and Atticus Ross from the rock band Nine Inch Nails. Let’s take a look at all the exciting details we know about so far here.

The FOURTH album by Halsey

On Monday morning, Halsey took the Insta world by storm by making her announcement that she was set to release her fourth album. She simply titled her Instagram caption with: “If I Can’t Have Love, I Want Power. The FOURTH album by Halsey. Produced by Trent Reznor and Atticus Ross”. No emojis, no exclamation points, and no additional info. Super dramatic and we absolutely love this serious energy.

Her Instagram post included a video along with another picture. The video showed off a black billboard with a red streak running right through the middle of it, as her exact Instagram caption splashed across the billboard in a white font. The second picture just showed off the same exact thing, but with brighter lighting for fans to get a better look at what the image portrayed. How exciting!

What’s even more of a treat for the Insta fans following Halsey is that the pop star even included a short snippet of a song that’s probably going to be on the album in the first video on her post. As the camera panned back to show off the black billboard in its entirety, audio played over it which sounded like Halsey’s voice. She sang the words: “All of this is temporary. All of this is-”, and the song cut off abruptly. 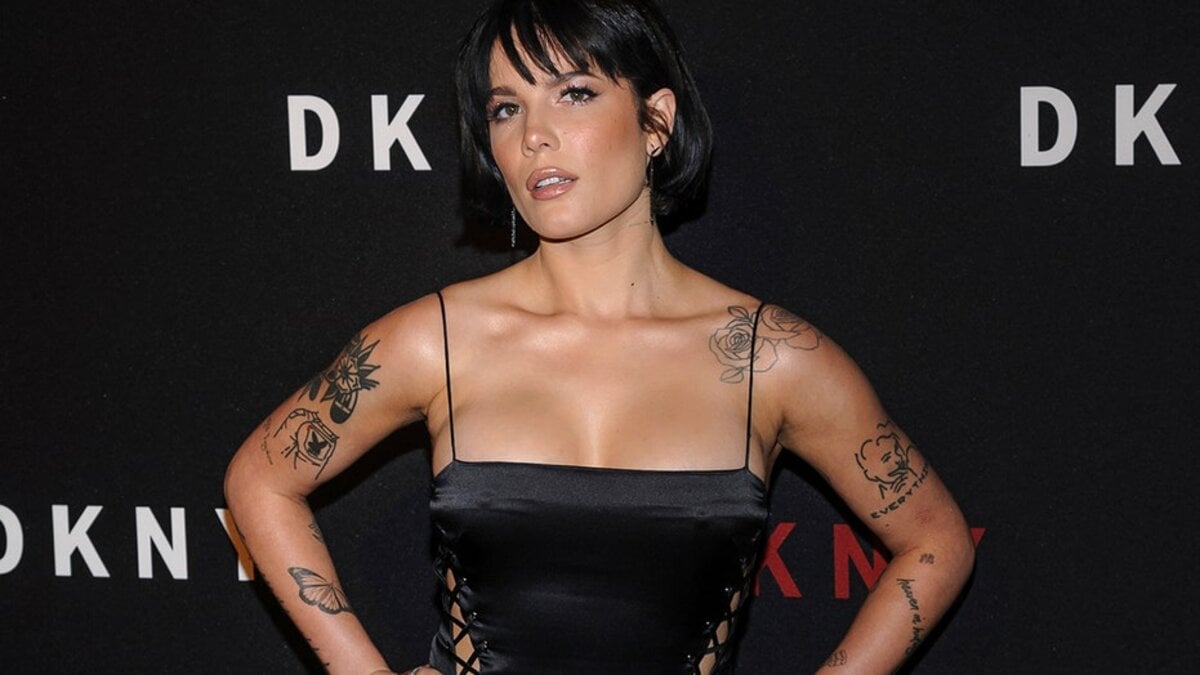 How cryptic. Also, the song had a much more alternative rock, and even grungier feel to it, which isn’t a surprise considering Trent Reznor and Atticus Ross from Nine Inch Nails were the ones to produce it. Overall, this is certainly going to be a memorable era for the pop star that her fans will surely remember. It looks like the pop singer is embracing her dark, bad-girl side for sure.

This is certainly big news for not just Halsey fans on Insta, but also longtime fans of Nine Inch Nails as well! Talk about a huge collab in the alternative music world, and especially one that no one would have ever expected to happen. We are definitely surprised to hear about this, but we can say for sure that we are far from disappointed, and we can’t wait to hear the album in its entirety once it actually comes out. 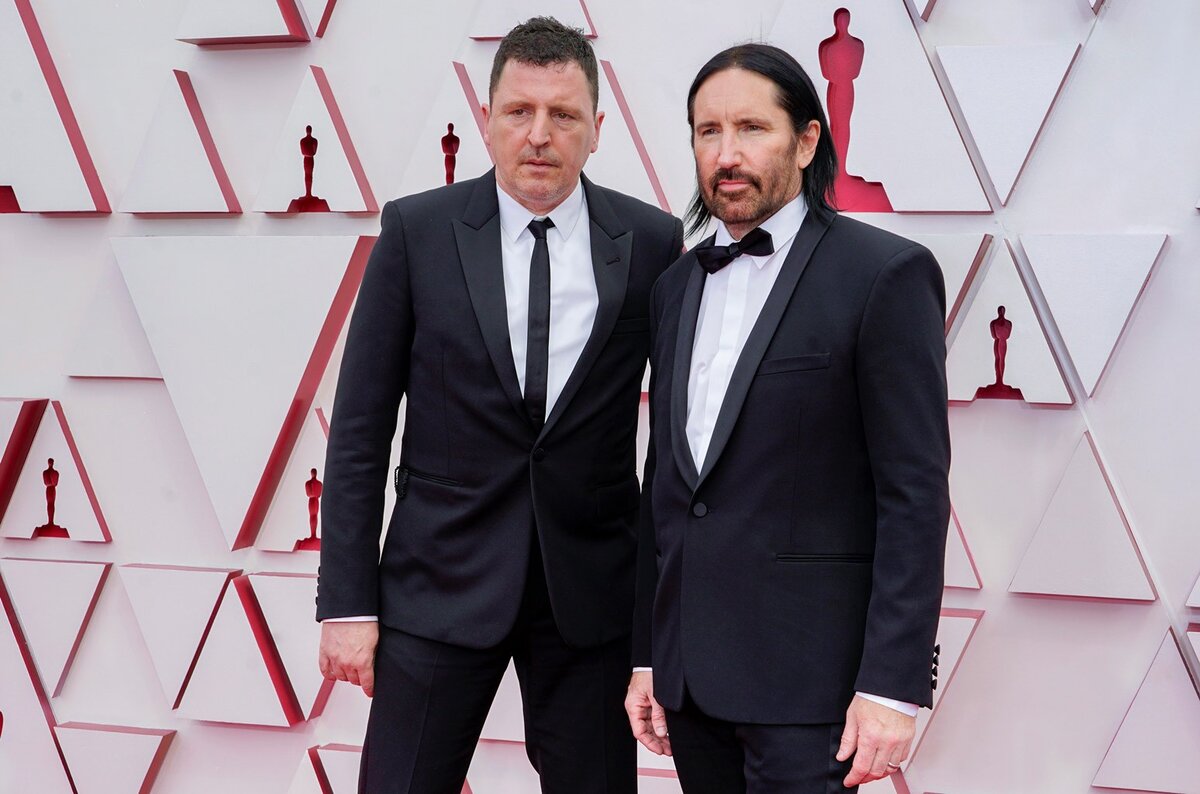 Halsey getting both Trent Reznor and Atticus Ross to work on her fourth studio album with her is definitely a big deal. Can we expect a Grammy nomination for If I Can’t Have Love, I Want Power once it officially comes out? After all, both Trent Reznor and Atticus Ross are no strangers to winning big awards for their impeccable music production in the past.

This year, the duo won the award for Best Original Score at both the Golden Globes and Academy Awards for their stellar work on the Pixar animated film Soul. Reznor has also done album production work in the past back in 2007 when he produced the album for Saul Williams. Did you know that he also was credited as a producer on the hit Lil Nas X “Old Town Road” since the song samples a Nine Inch Nails track?

While there isn’t a release date yet for Halsey’s fourth studio album If I Can’t Have Love, I Want Power, fans are already excited as ever. We hope to hear at least a new single from the album as soon as possible. We’re sure it’s going to sound absolutely amazing.