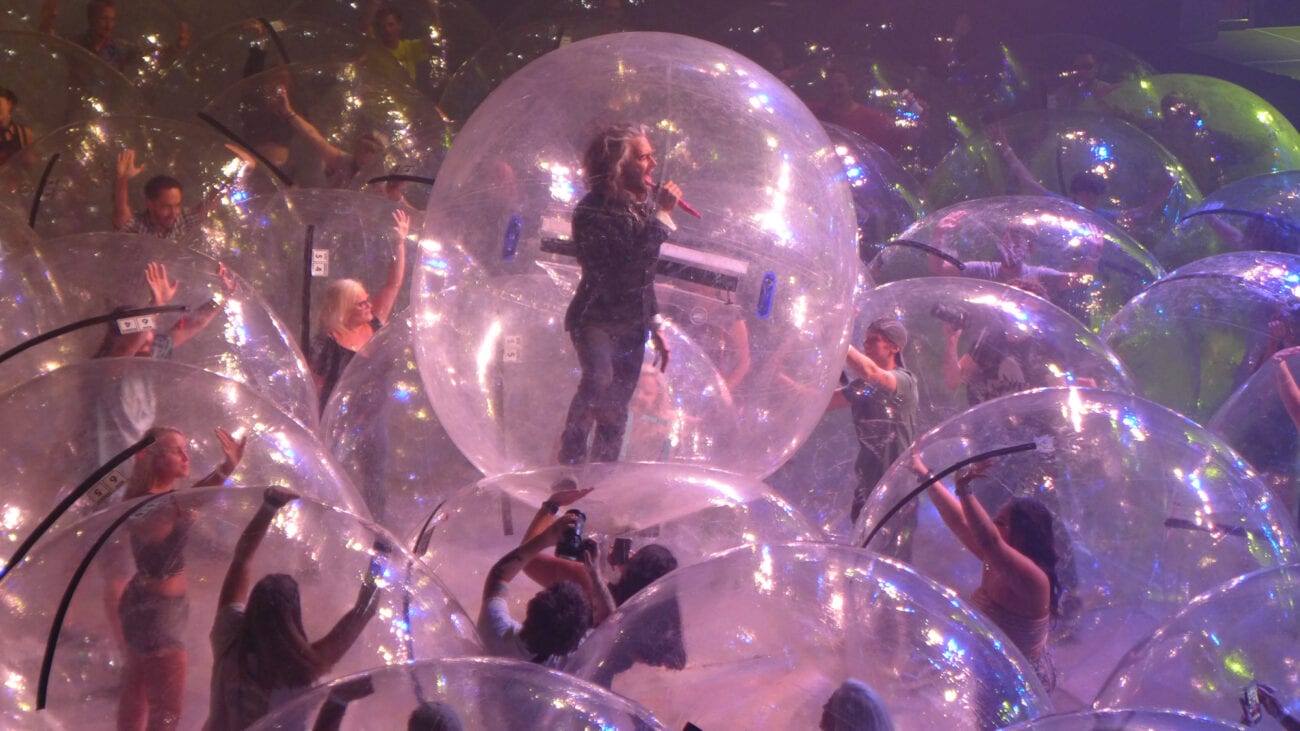 Will the Flaming Lips be able to save the concert industry?

The progressive. . . indy . . . electronica . . . what are The Flaming Lips anyway?! Whatever genre they fit into, or transcend, the band is giving a new meaning to the phrase “put ‘em in a plastic bubble”.

Implementing an innovative idea, The Flaming Lips may be able to save concerts during the pandemic. Thanks to their use of plastic bubbles, they’re one of the few bands that are still able to hold concerts safely. They managed to pull off their Space Bubble concert two weeks ago and are cleared to perform another.

Will other bands follow suit? Will we soon be able to attend concerts & festivals again, albeit in inflatable plastic spheres? Let’s dive into how this got started, and where it’s going. 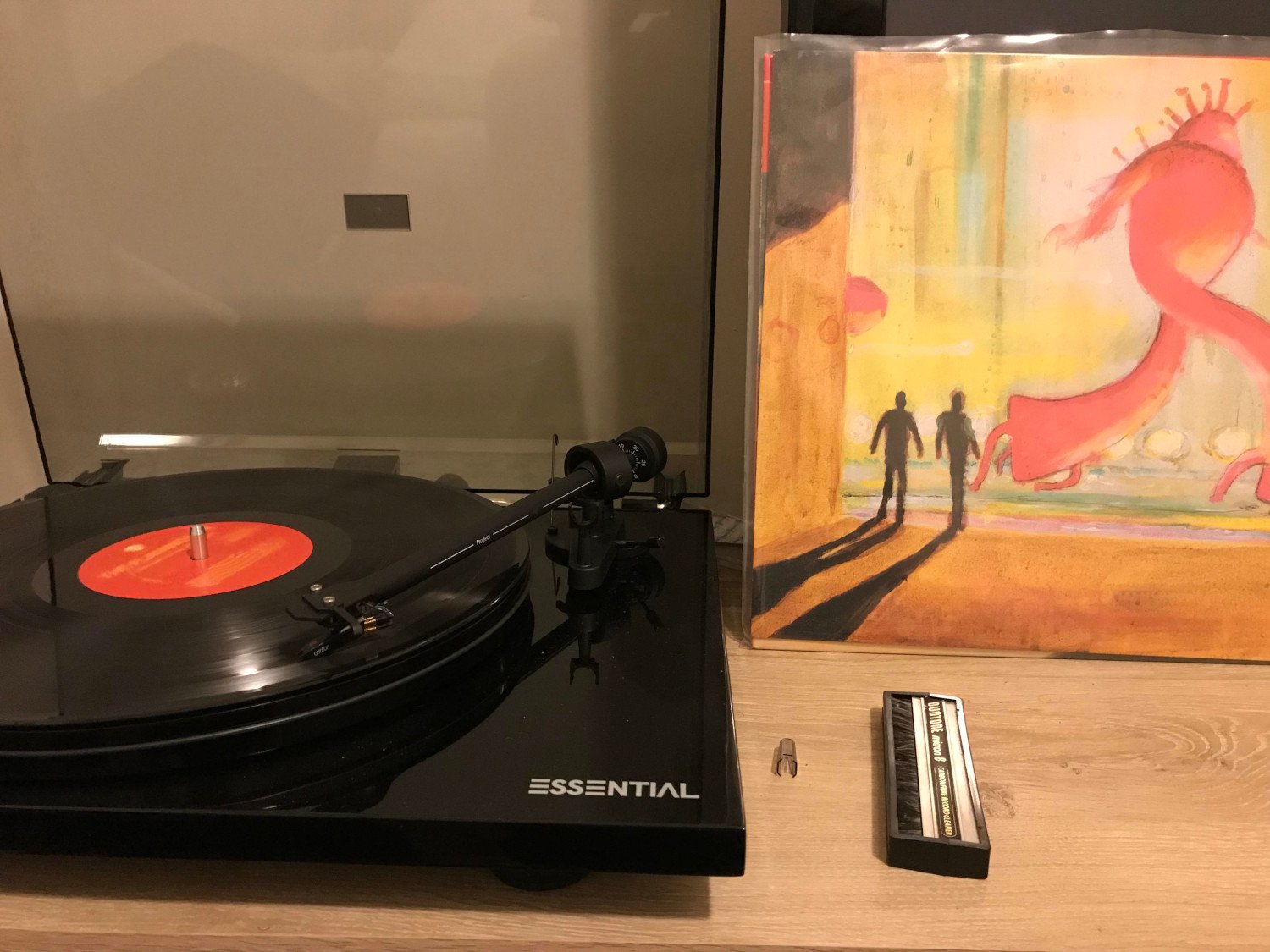 Who are The Flaming Lips?

If you don’t have “She Don’t Use Jelly” or “Do You Realize” stuck in your head right now, here’s a refresher. The Flaming Lips is an alt-electronic-indie-psychadelic- (OK, OK, we’ll stop tacking on all the genres they fit into now) rock band from Oklahoma that formed in the early 80s but struck big in the late 90s & early aughts. One of their big hits was a nonsensical diddy about a girl who likes toast & Vaseline.

Their big claims to fame were the albums The Soft Bulletin & Yoshimi Battles the Pink Robots. The Soft Bulletin was compared to The Beach Boys’ Pet Sounds upon its release. Also, dropping in 2002, Yoshimi appeared on both The Rolling Stones & Uncut’s “Best Albums of the 2000s” lists.

Billboard remarked: “beneath the sunny, computer-generated atmospherics and the campy veneer of talk about gladiator-style clashes between man and machines with emotions, Yoshimi is actually a somber rumination on love and survival in an unfathomable world.” Not to mention, “Do You Realize” was in so many movies & commercials that it was inescapable. 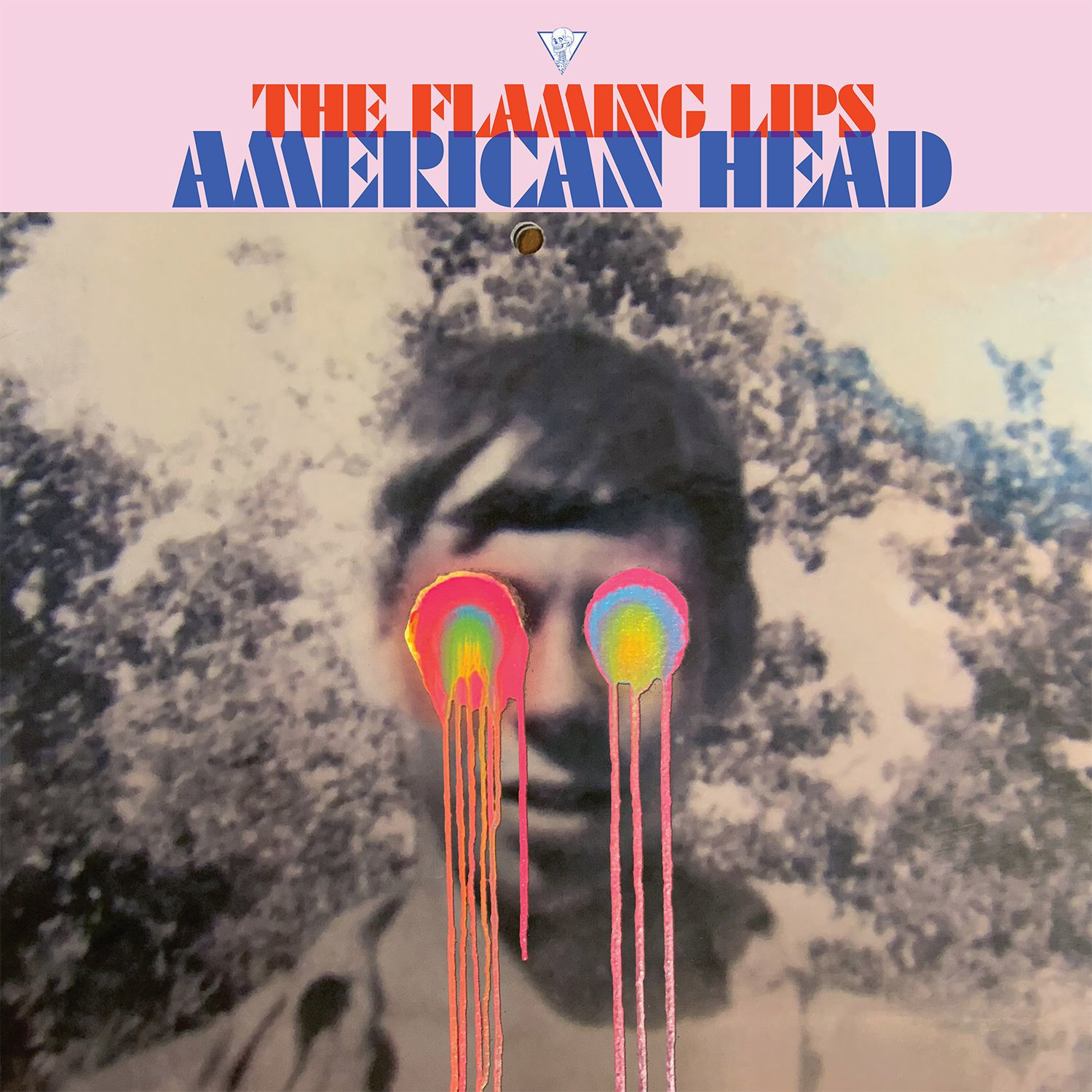 The Flaming Lips dropped their latest studio album in 2020 called American Head. It’s their sixteenth studio album to date. In an interview with The Rolling Stone, guitarist Wayne Coyne explained the album would explore the band’s place in the American musical canon. Coyne elaborated in a statement:

“For most of our musical life (as the Flaming Lips starting in 1983) we’ve kind of thought of ourselves as coming from ‘Earth’. . . not really caring where we were actually from. So for the first time in our musical life, we began to think of ourselves as ‘an American band’ . . . We started to think of classic American bands like the Grateful Dead and Parliament-Funkadelic and how maybe we could embrace this new vibe.”

Unsurprisingly, The Flaming Lips’s setlist mainly comes from their new album but includes perennial audience faves like “Do You Realize”. Jambase also reported they performed “True Love Will Find You In The End” to celebrate the late Daniel Jonhston. 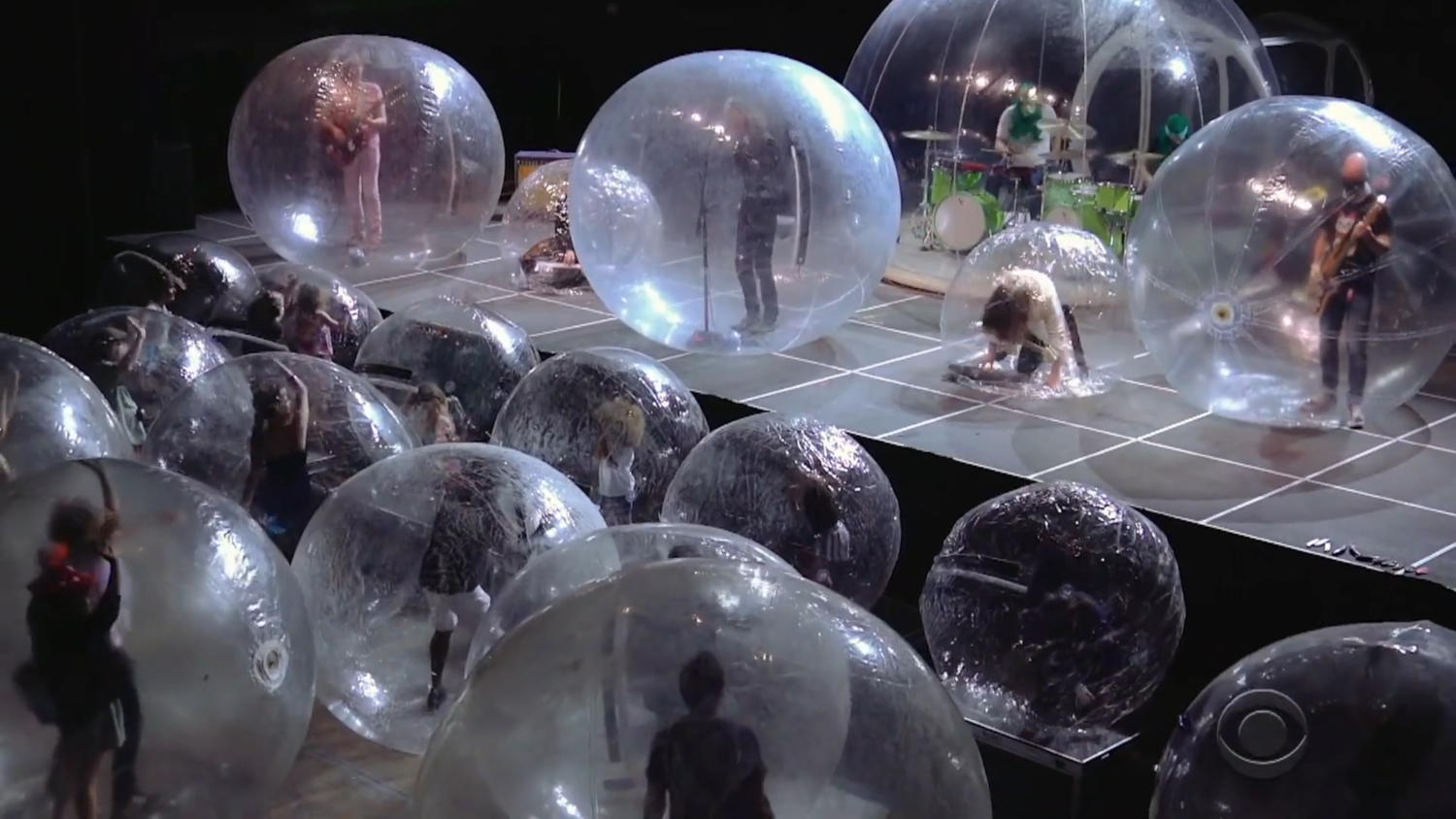 The Flaming Lips’s next concert will be held in March, and if everything was the same as January, we know what to expect. Health & safety guidelines are being strictly followed, so attendance will be limited and both the audience & performers will have to stay in their own bubbles.

Per Jambase, “each bubble can hold up to three concertgoers and comes complete with a supplemental speaker, water bottle, fan, towel and sign to alert staff of your intention to use the facilities”. Well, Jambase’s description answered the burning question on everyone’s minds: how do you go to the bathroom?

"In theory, if air filtration is good, protective barriers can helpfully augment and reduce risk of transmission but I would be hesitant to attend a concert in a bubble at the moment unless this has been assessed further," a doctor said. https://t.co/t2VHOzpw4s

Will it actually work?

While it seems safe, since everyone’s forced six feet apart and put in a bubble barrier, some doctors are advising caution. “I’d need to see how the air exchange was occurring between the outside and the inside of the bubbles to be able to say if it were safe overall or reduced risk of transmission,” director of global health Dr. Eric Cioe-Peña told The New York Times.

The Times further noted this wasn’t the first time The Flaming Lips played in bubbles during the pandemic. The band appeared on The Late Show With Stephen Colbert where they performed encased in bubbles.

Would you go to a concert encased in a plastic bubble? Let us know in the comments!