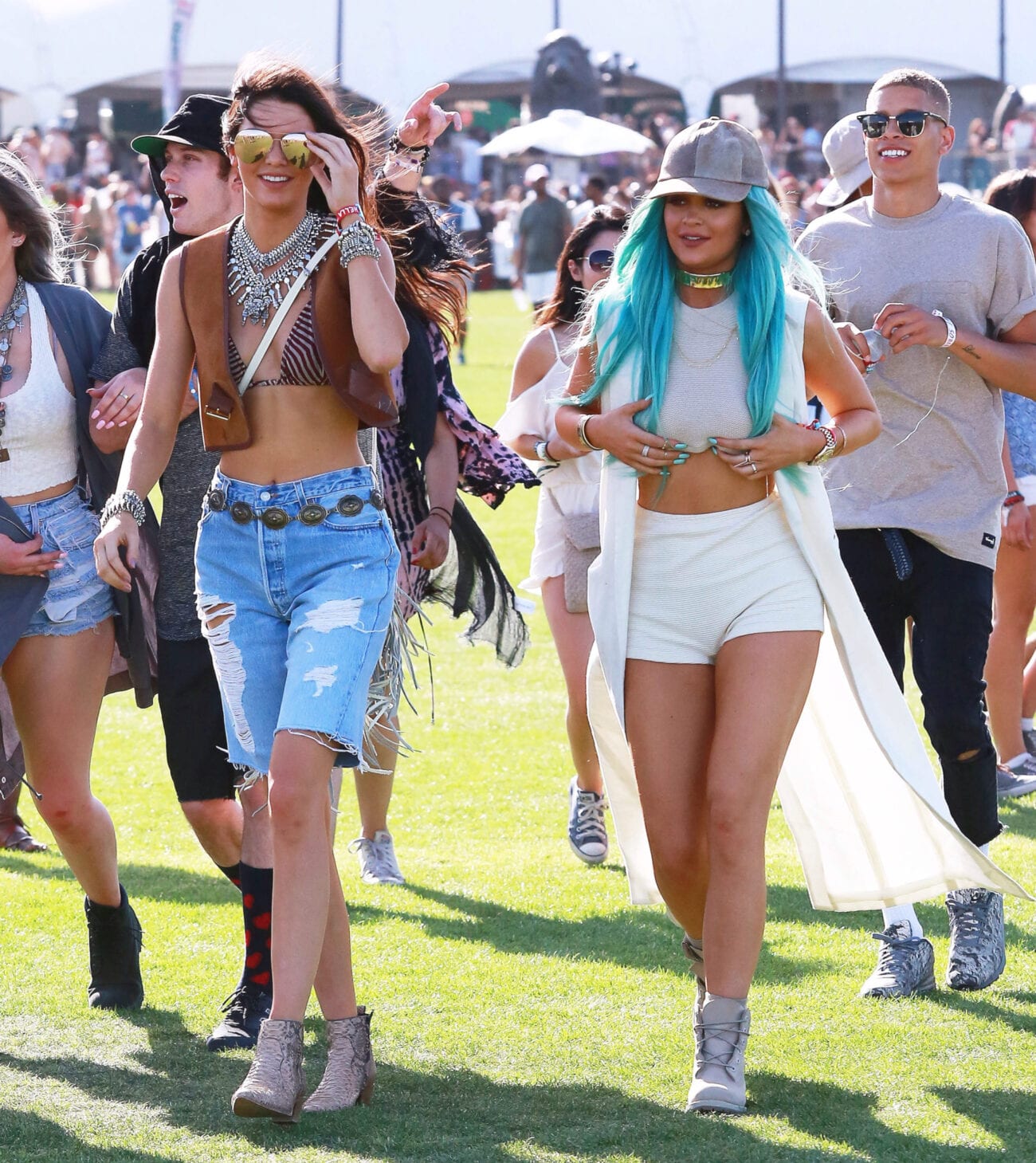 Bought a new outfit for Coachella? You won’t be wearing it in 2021

Do you have a new Coachella outfit ready for this year? Hoping to finally get your festival freak on after the biggest festie gap of your life?  Do you abhor these large gatherings, COVID-19 or not, but enjoy scrolling through pics of your favorite celebs stumbling around with no entourage on the festival grounds (they’re just like us!).

Whether you’re a regular Coachella visitor or not, it’s hard to look away from updates on one of the trendiest music festivals of each year. 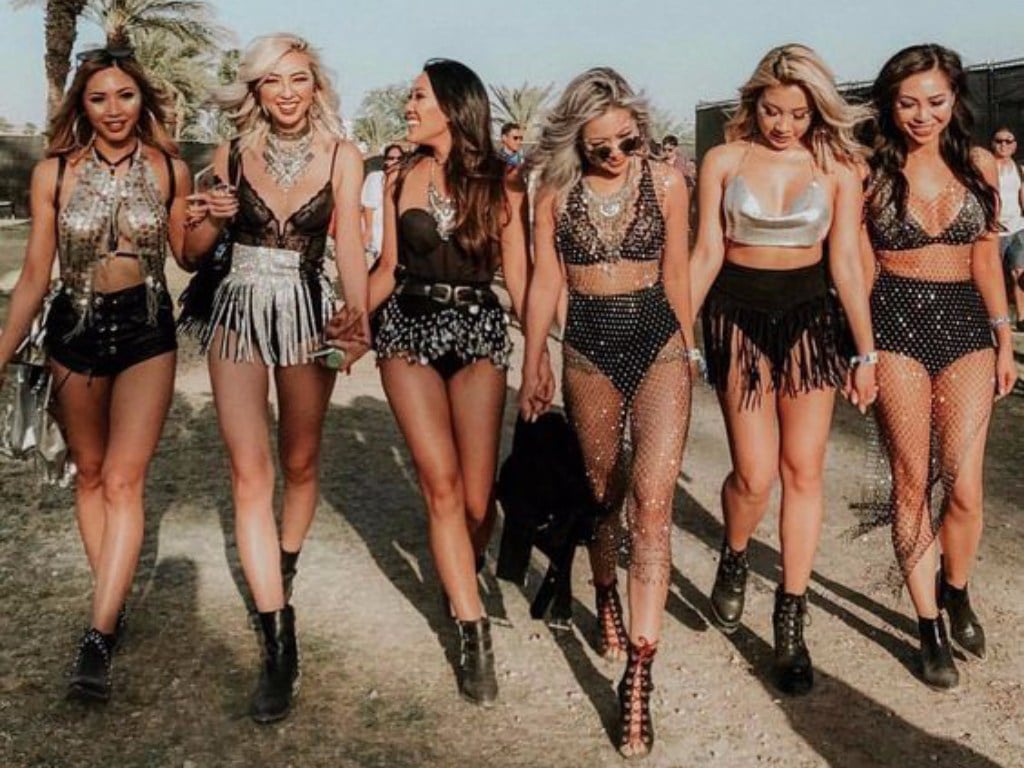 Coachella, officially titled Coachella Valley Music & Arts Festival, began pumping out tunes to music festival die-hards back in 1993, but in recent years has blown up to one of the most significant annual events in music & entertainment. Coachella is sort of the music festival to talk about each year and has been discussed & featured in California-set shows like Workaholics & Insecure as recently as this past year.

Coachella is known for its consistently impressive lineups of some of the biggest musical acts in the industry. However, music isn’t the only thing that comes to mind when we think of Coachella. 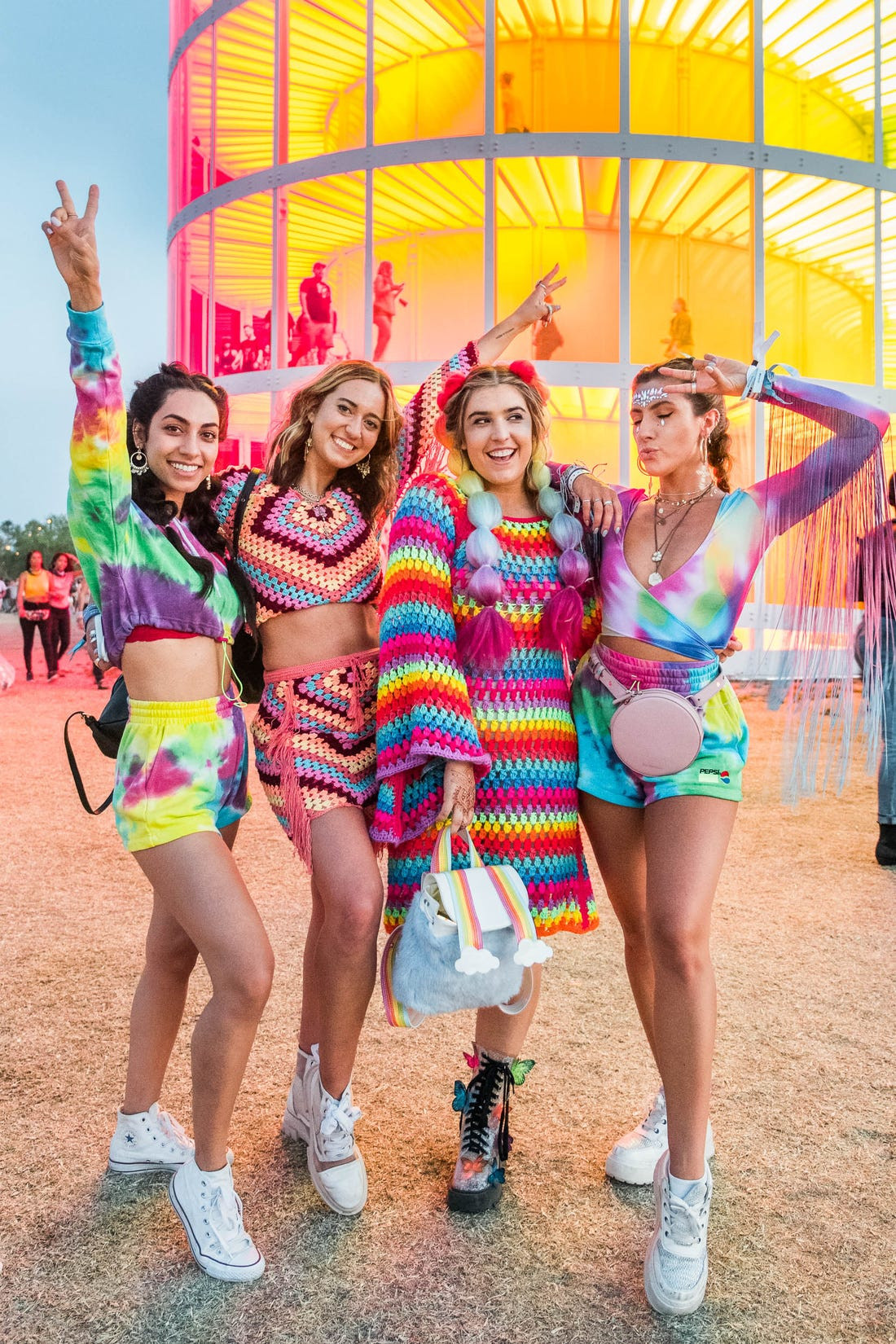 The Coachella outfit is something that’s transcended the festival to become an aesthetic of its own, and many go to the festival to check out the latest fashion looks of each year.

Past festivals have certainly gotten some fashionistas into hot water, as the eclectic looks of attendees have more than dipped their toes into cultural appropriation; the Coachella headdress will not soon be forgotten. However, many just brandish their hottest outfits to walk around the festival grounds and be seen before checking out their fave tunes and camping in the gloriously temperate golden state. 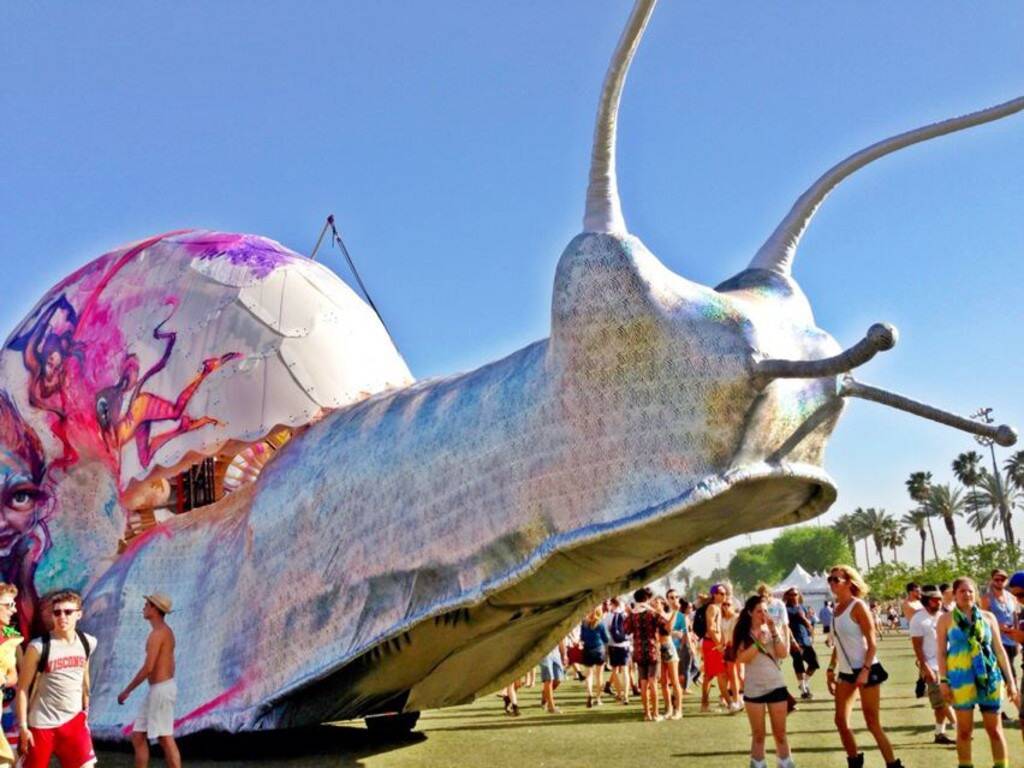 With the COVID-19 pandemic still raging on, and California being one of the hardest-hit states, festival heads are wondering if they’ll be able to wear their Coachella outfit this year.

We’ve seen some strange ways around restrictions to see concerts in 2020, with drive-in shows & even concerts that have their audience in separate plastic bubbles (seriously. Re: The Flaming Lips). So will the beloved festie go down this year, will we be able to strut the grounds in our biggest pair of sunglasses & hottest Coachella outfit this year? 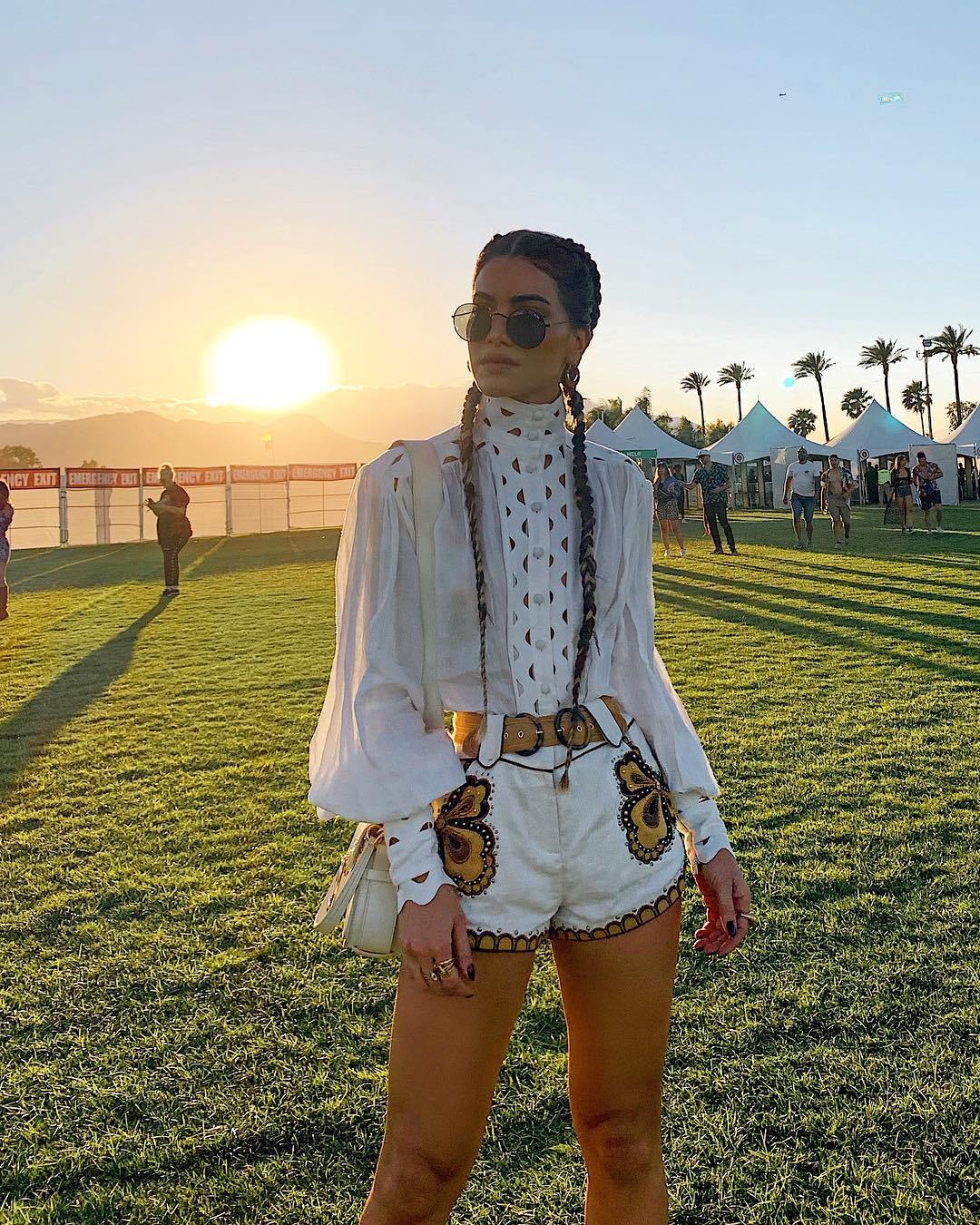 Back on the hanger

The Press-Enterprise reported yesterday that 2021’s Coachella festival will be postponed, with no new date being announced, crushing the dreams of festival fans across the globe.

This recent announcement is the third time the festival has been pushed back since the COVID-19 pandemic began postponing live music events back in March 2020. Festival-goers had their calendars marked for April of this year for Coachella 2021, just over a year after restrictions for public gatherings began in California.

Golden state public health officials have reminded Californians they’re coming off one of the biggest COVID-19 surges they’ve seen yet, the festival can’t be carried out in a safe way, and Coachella would go against the restrictions still in place in California. 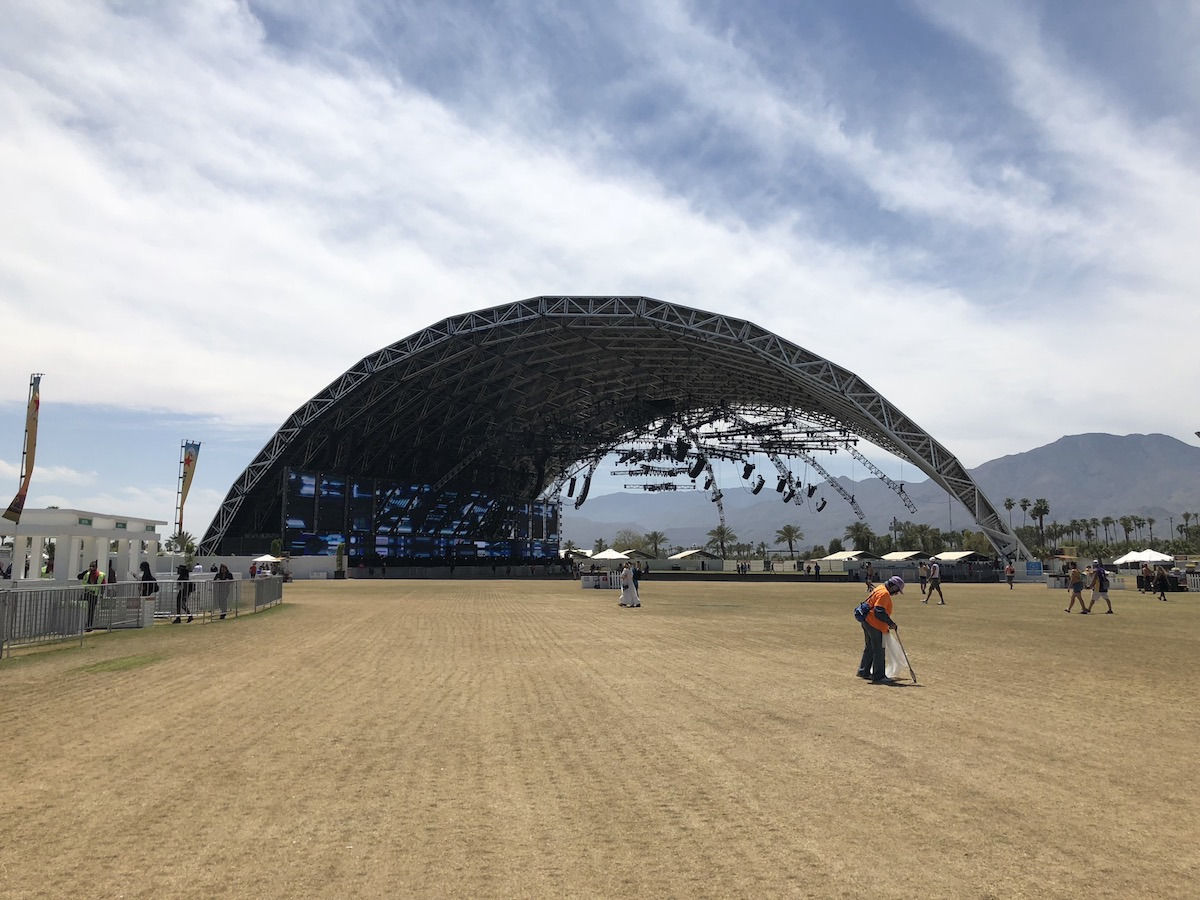 Coachella’s website hasn’t mentioned an official statement regarding cancellation or rescheduling but has information about its fashion line, no doubt to the lukewarm delight of fashionistas bummed about their Coachella outfit hanging in the closet.

The lineup for Coachella was set to feature Rage Against The Machine as headliners, their first time on the festival lineup since they headlined in 2007, first appearing at the festie’s debut in 1999. Other acts included Lana Del Rey, Lil Nas X, DaBaby, Thom Yorke, and Travis Scott, among others.

It’s official: your Coachella outfit will have to sit in the closet a little bit longer. How long it’ll hang in the void is hard to say, as there’s been no rescheduled date announced for Coachella this year. We know it won’t be in April, so now’s a good time to rethink your Coachella outfit; if the festival comes in the fall, you may have to put some sleeves on it.