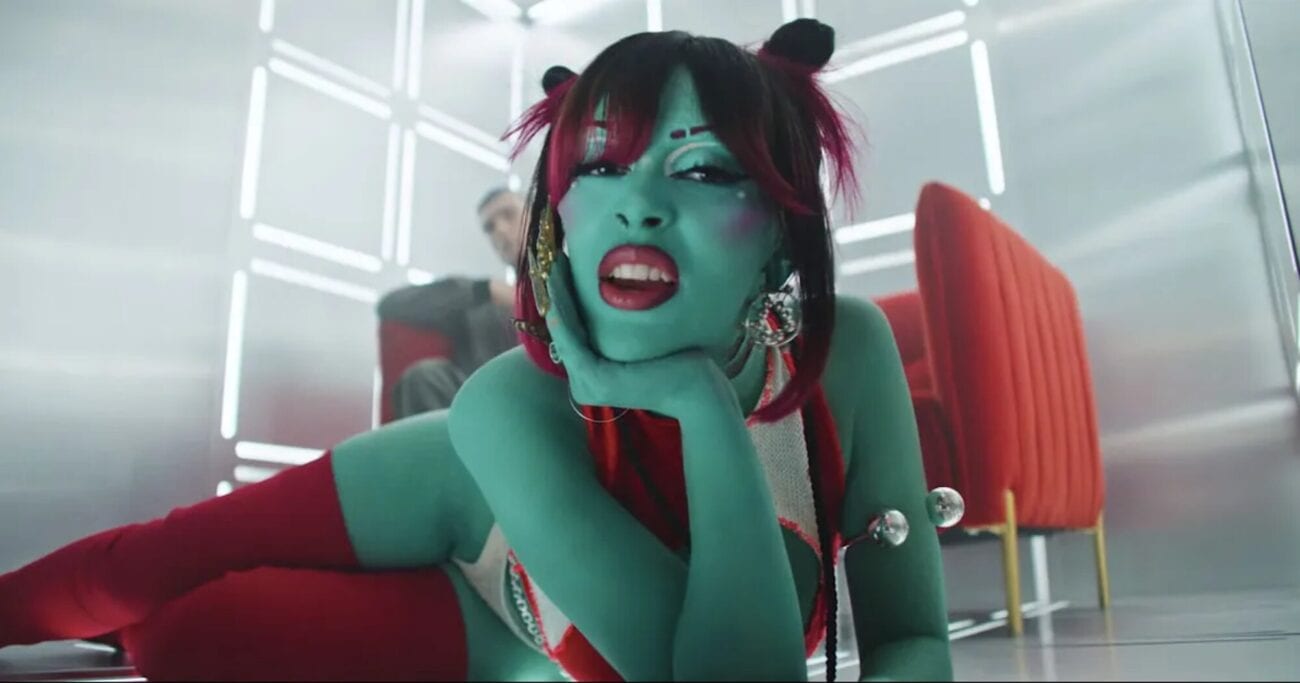 As if Doja Cat fans weren’t already loving her latest hit single “Kiss Me More” with R&B pop queen SZA, the star decided to gift the world with a brand new single and music video titled “Need to Know” on Friday. As always, the song is a pop masterpiece, and reactions from fans have been nothing but positive so far. Want to hear it for yourself? Jam along with us to our new summer anthem as we wait for the new album here.

With her brand new single, music video, plus an album announcement, Doja Cat has truly shown her fans that it’s her world, and we’re all just living in it. Today, on Friday, June 11th, the pop/hip-hop musician dropped a single titled “Need to Know”. As if that wasn’t already exciting enough news for her fans, the artist then went on to drop a brand new music video for the single just hours later. And yes, it’s absolutely amazing.

The “Need to Know” song and music video by Doja Cat is everything fans could ever ask for from the pop star. The song is an absolute bop, and it is sure to be blasting at every party and get-together this summer. The music video is also incredibly creative, and has some really cool visuals of the twenty-five-year-old rapper living in a futuristic, sci-fi world as an alien.

In the music video for “Need to Know”, Doja Cat roams the town with her alien girl posse, as they dance on the couch together, zoom through the alien world on their Uber pod cars, and party it up and meet hot alien men at the bars. The best part of the entire video? Pop star Grimes also makes an appearance, teaming up with Doja Cat at the bar to be her perfect wingwoman. We didn’t expect it, but we’re definitely not disappointed.

As we’ve mentioned, this is the second single and music video Doja Cat has dropped in preparation for her upcoming sophomore album titled Planet Her which is scheduled to be released on June 25th. Just think. . . by the end of June, we’ll have a whole dang album of fun anthems to dance along to all summer. We already can’t wait. Her previous single, “Kiss Me More” with SZA, was also an extremely fun and flirty song.

The theme from the “Kiss Me More” music video with Doja Cat and SZA was also quite similar to the theme of “Need to Know”, as both were set in sci-fi, dreamlike, out-of-this-world settings. It also seems like gaming is a huge theme for Doja Cat as well, as both music videos released so far from the Planet Her album feature her playing games on a controller in at least one scene.

As Polygon has noted, gaming and animation culture has been a rising trend from mainstream artists, mentioning that “Megan Thee Stallion has rapped about Naruto, posted photos in Kakegurui cosplay, and even collabed with CrunchyRoll to make her own line of anime-inspired clothing” and added that Lil Nas X performed on Roblox “released a game where you twerk for his single, “Montero (Call Me By Your Name)”.

Doja Cat herself also occasionally hosts Twitch streams every now and then where she raps as she plays, and has mentioned before in interviews that she does love to game from time to time, so it’s no surprise she’s put her love of gaming into her videos. Director Alex Favicchio told Polygon that the concept of the music video “truly came from Doja and her team”.

“Planet Her was the guide and she really had a great base story for the visual”, Faviccio added. Well, if the rest of the album and her next music videos are as exciting and as creative as what we’ve seen so far, then we have to say we’re truly excited for what’s next from Doja Cat. As for now though, we’ll be dancing along to “Kiss Me More” and “Need to Know” as we patiently wait.