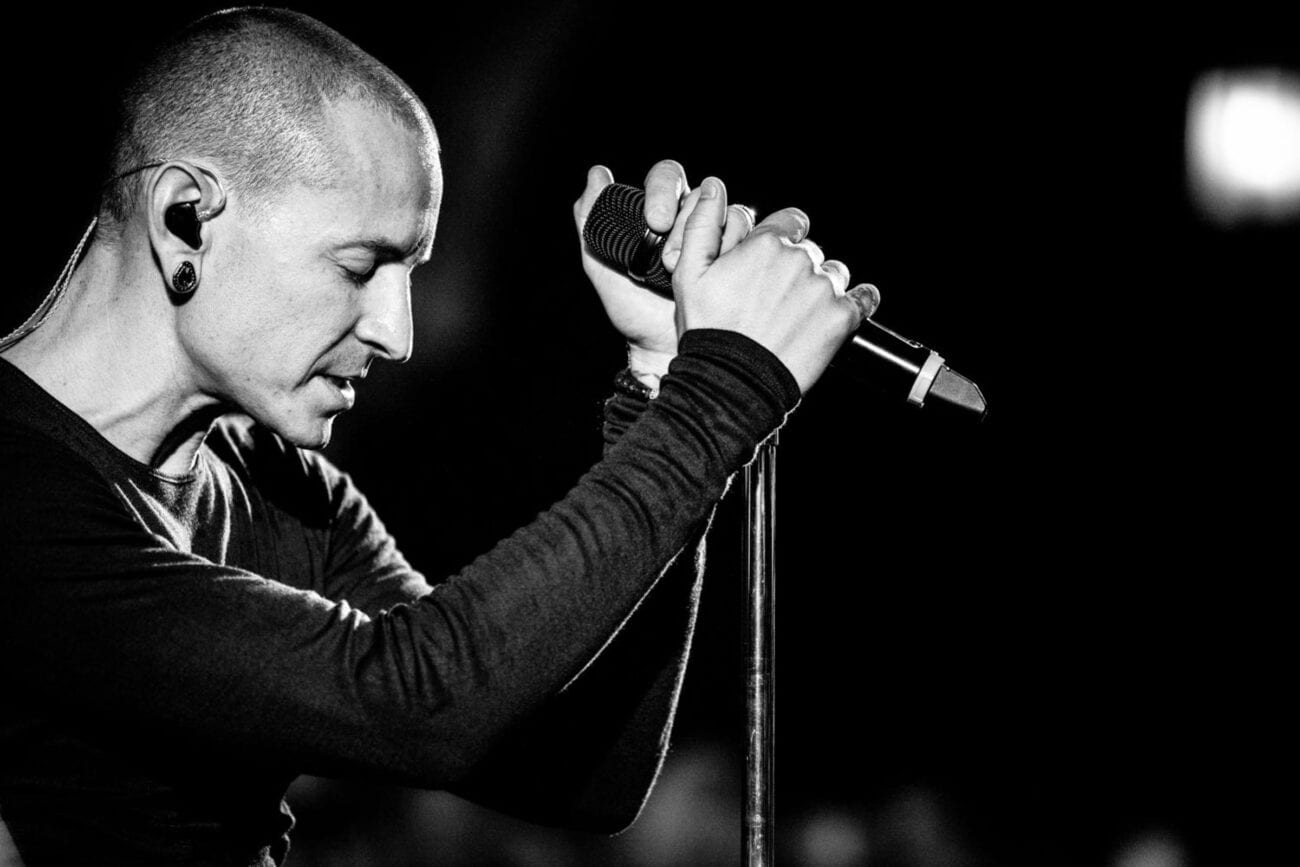 It’s been four years since Linkin Park singer Chester Bennington passed away. This tragedy moved not only the rock community but anyone who had ever heard a single song by Linkin Park. Each song was filled with raw and vulnerable emotions that left an impression and even defined an era of 2000s alternative rock music.

For a band that formed in high school, Linkin Park confidently entered the nu-metal scene in the footsteps of Korn and Deftones. Their 2000 album Hybrid Theory became an instant success and sold over 27 million copies. In honor of Chester Bennington, let’s take a look at some of the most iconic songs by Linkin Park. 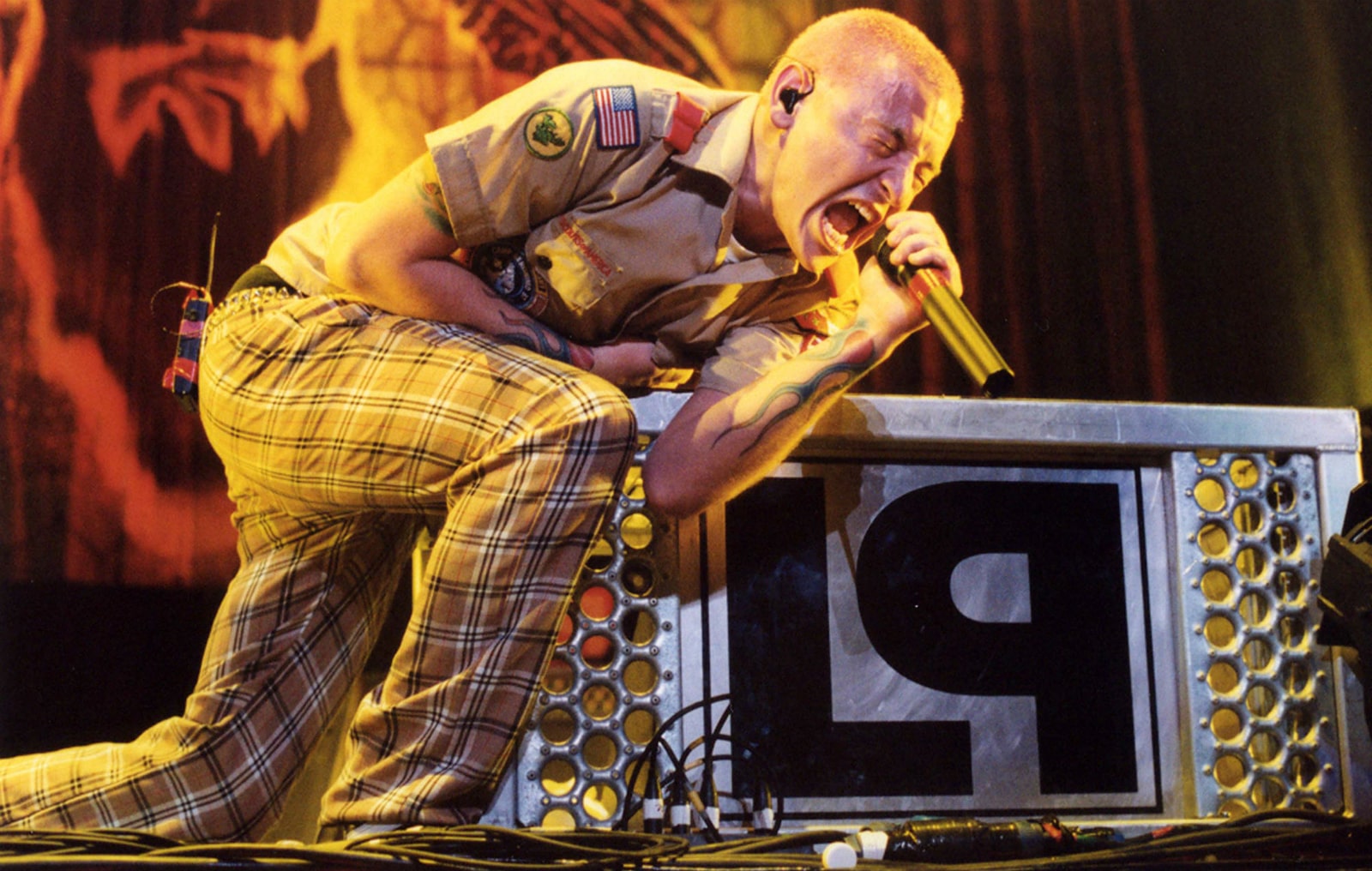 Released in 2003 on their album Meteora, “Numb” is a song that anyone can recognize even without being a diehard fan. Chester Bennington’s powerful vocals describe the feeling of the crushing weight that a parent’s pressure causes. The lyrics were honest, straightforward, and relatable to just about anyone.

“Every step that I take is another mistake to you / And every second I waste is more than I can take,” spoke to countless young adults in 2003 and all the years after. Listening to this song in 2021 brings you back to 2003 when your youthful angst desperately needed a band like Linkin Park.

No one can forget the lyrics “Can’t you see that you’re smothering me / Holding too tightly, afraid to lose control? ‘Cause everything that you thought I would be / Has fallen apart right in front of you”. 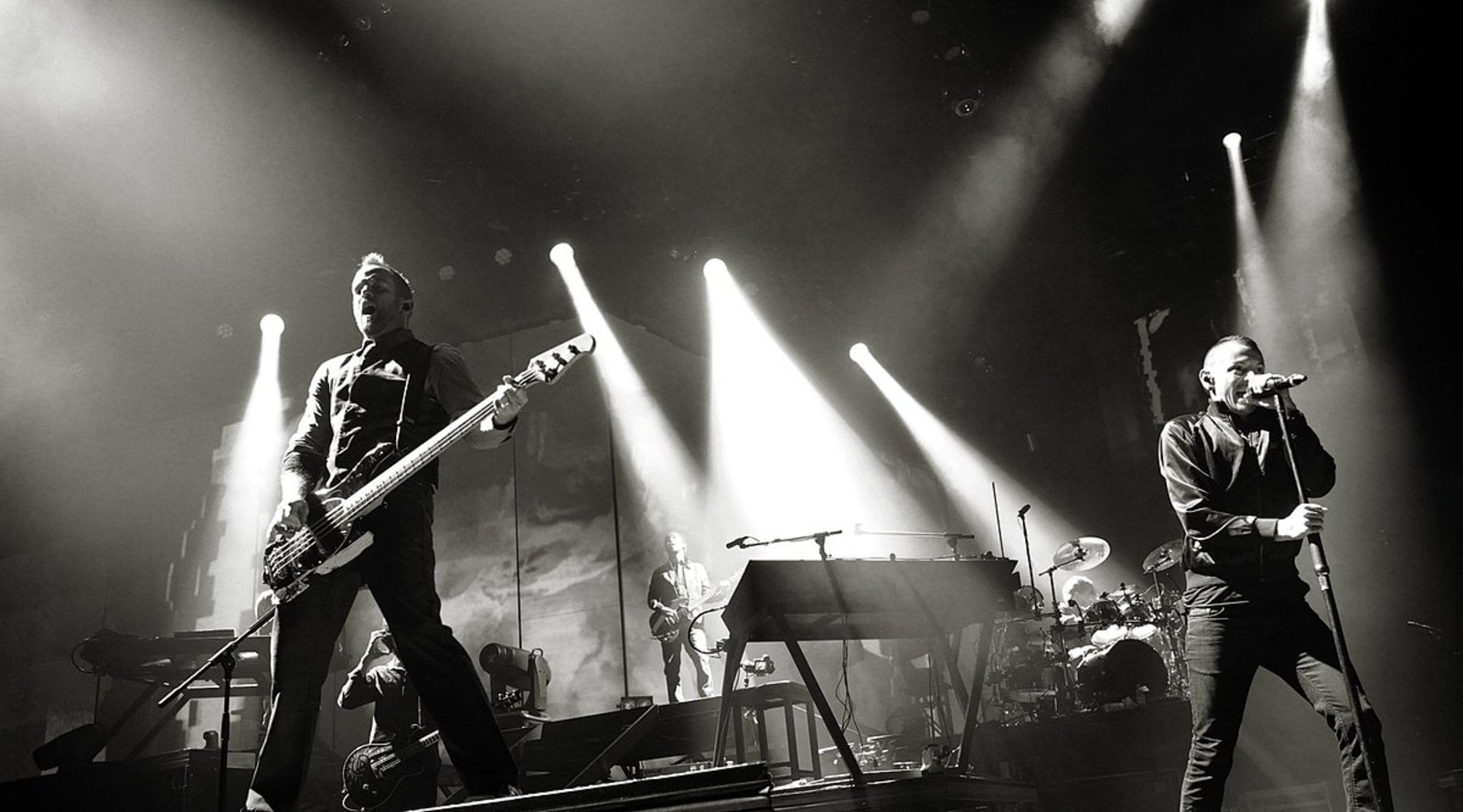 Released in 2007, “What I’ve Done” is an iconic song, although perhaps not as familiar for the casual Linkin Park listener. The song’s lyrics discuss regret after doing something wrong. Although it works on a personal level, the music video features war, poverty, and drugs showing what humanity as a whole has done wrong.

He discusses the pain of facing what you’ve done wrong. He painfully sings, “What I’ve done / I’ll face myself / To cross out what I’ve become / Erase myself and let go of what I’ve done”.

Yet, the song ends on an optimistic note as he describes the catharsis of facing yourself and forgiving yourself. He concludes the song by singing, “For what I’ve done / I start again and whatever pain may come / Today this ends / I’m forgiving”. 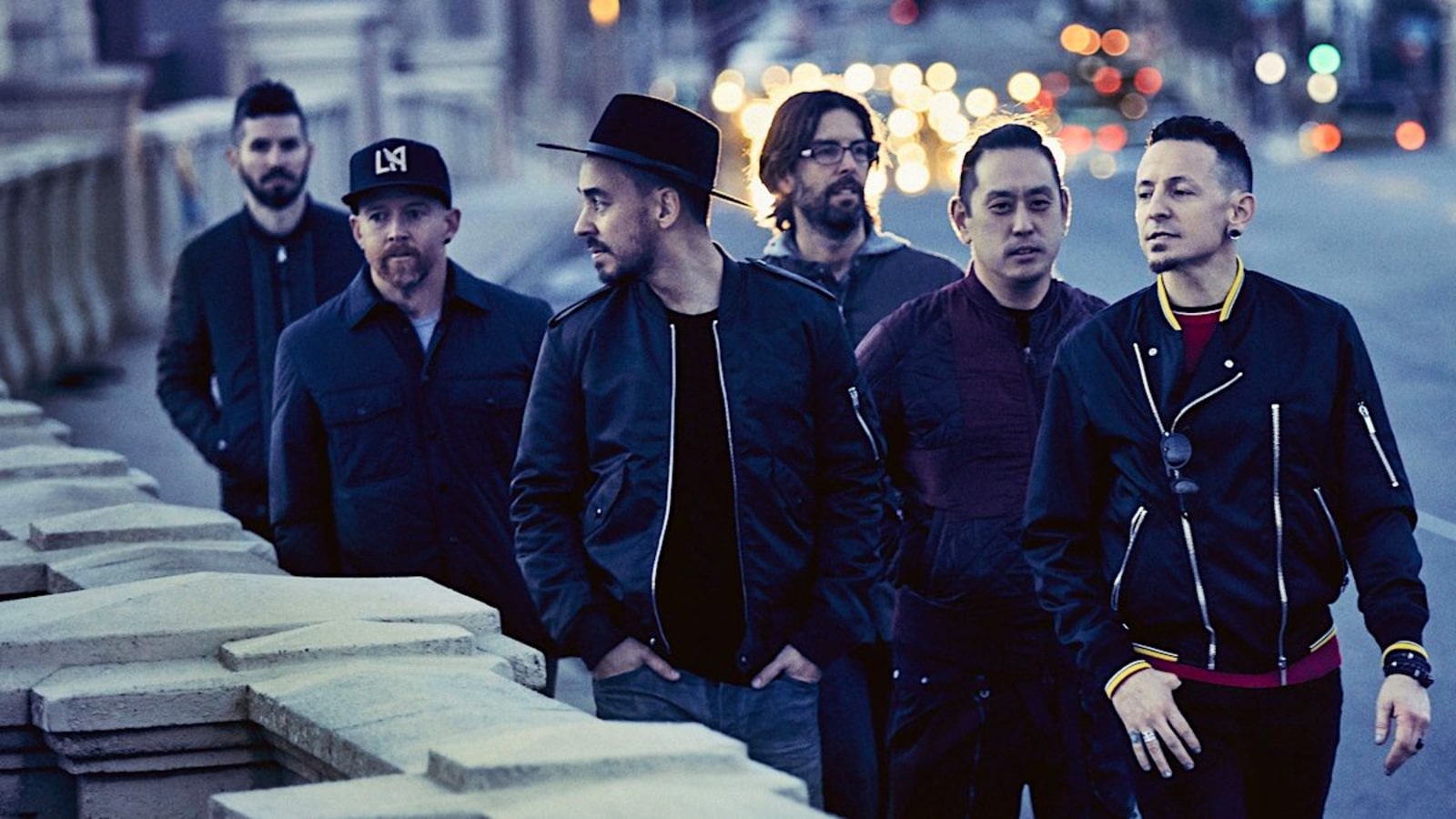 From their triumphant 2000 album Hybrid Theory, “Crawling” is another Linkin Park track that anyone who was alive during its release can identify. Bennington wastes no time and opens the song with its powerful chorus that resonates. He begins the song screaming, “Crawling in my skin / These wounds, they will not heal / Fear is how I fall / Confusing what is real”.

Although this song can apply to anyone suffering from mental illness or abuse, Bennington was referring to the side effects of methamphetamines. “There’s something inside me that pulls beneath the surface / Consuming, confusing / This lack of self-control I fear is never-ending” 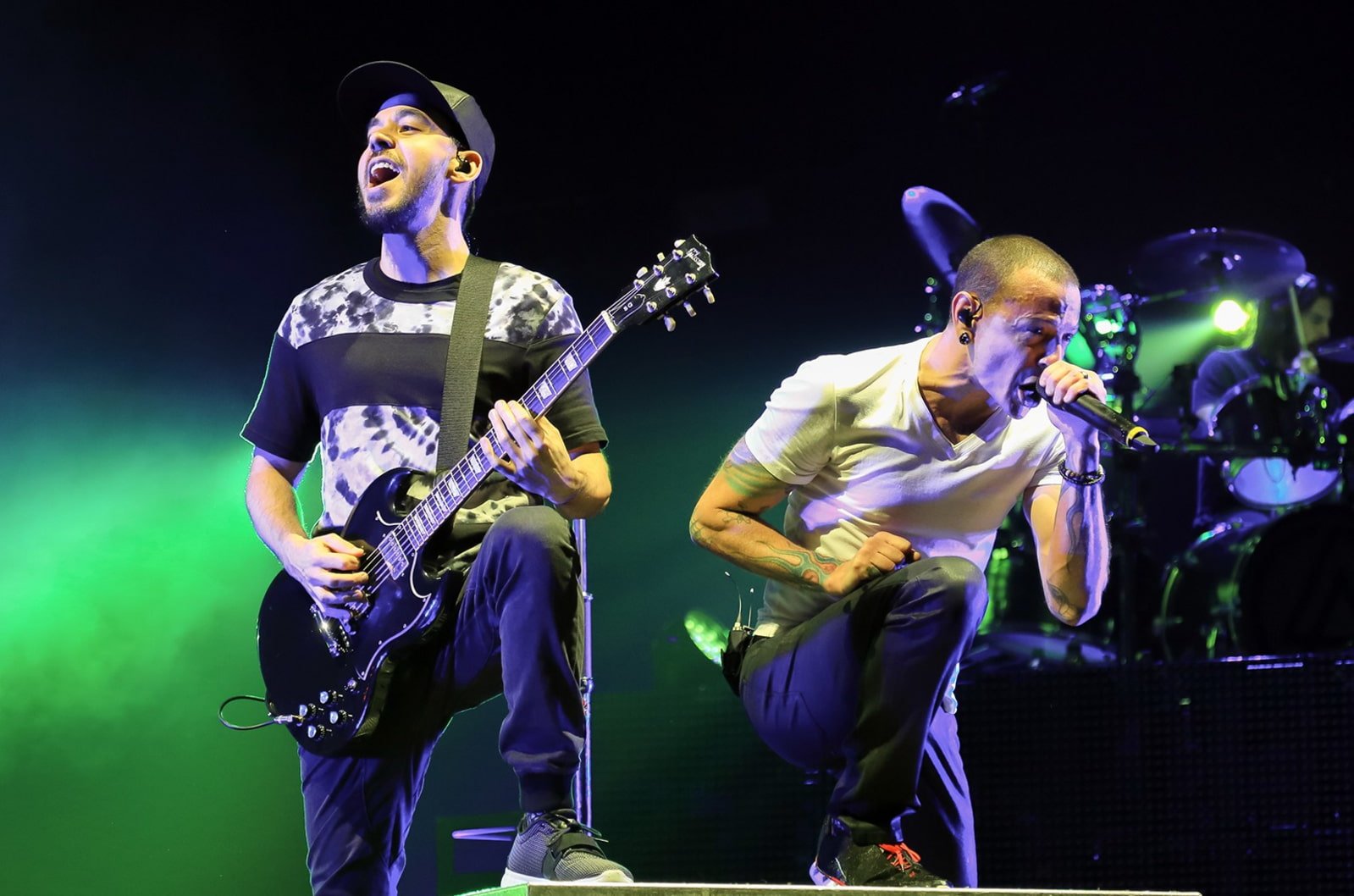 Another classic from their album Hybrid Theory, “In the End” is one of their most beloved songs in all of Linkin Park’s discography. The song’s nihilistic theme and pairing with Mike Shinoda’s rap made the song an international hit.

The concept of struggling in a failing relationship can be evident in these lyrics: “You kept everything inside / And even though I tried, it all fell apart / What it meant to me will eventually be a memory of a time when I tried so hard”.