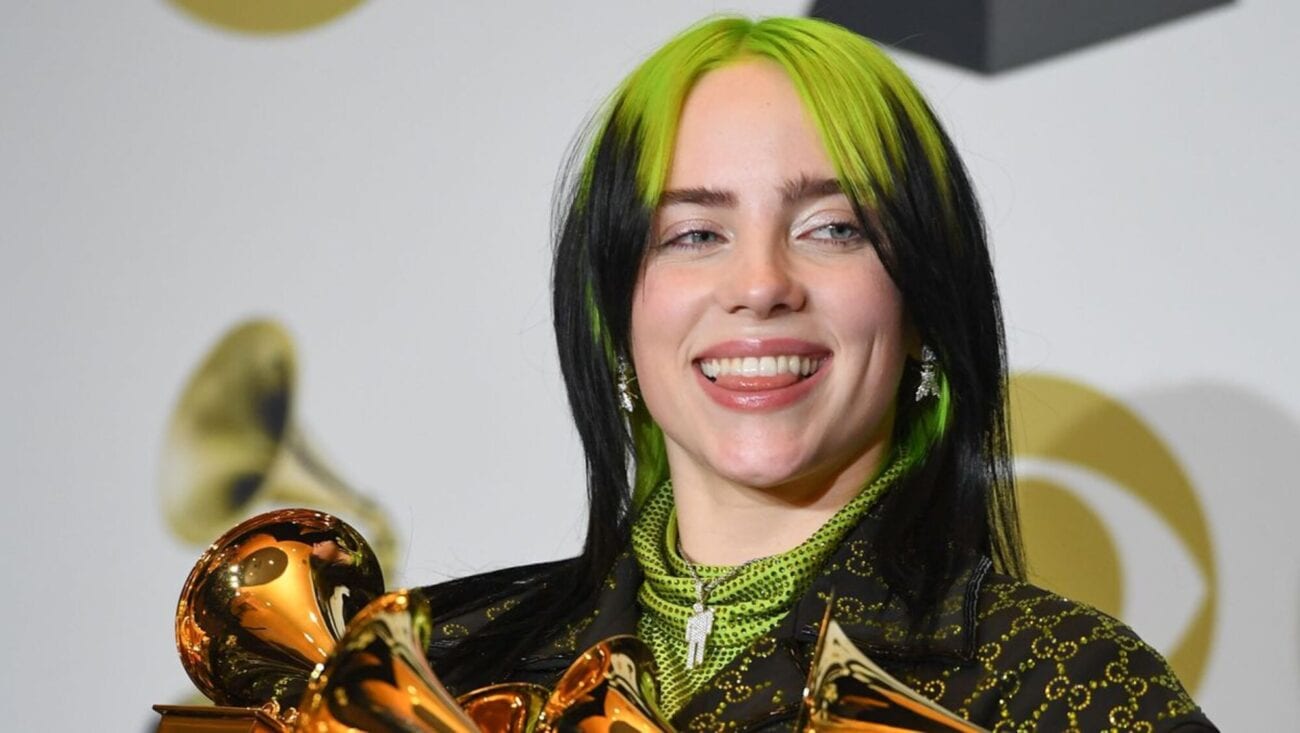 Green hair and designer digs: Learn how Billie Eilish spends her net worth

Billie Eilish began her rise to fame when her song, “Ocean Eyes” began to make waves (get it?) on Soundcloud back in 2015. Since then, she’s become a household name with hits like “Everything I Wanted”, “Bad Guy”, and “My Future” rising to the top of the charts month after month.

Since her debut on the pop scene, Billie Eilish has gone on to earn five Grammy awards, two AMAs, three VMAs, and two Guinness World Records. She’s performed on SNL, been a guest on nearly every late-night TV show, and remains one of the industry’s most valuable growing assets.

With her rising fame, one can only wonder about her rising bank account. The nineteen year old has over a billion streams on Spotify, performed at the Oscars, and had a worldwide arena tour scheduled before the COVID-19 pandemic dug its claws into 2020. Higher profiles don’t exist, so how much is this high roller bringing into her bank account? 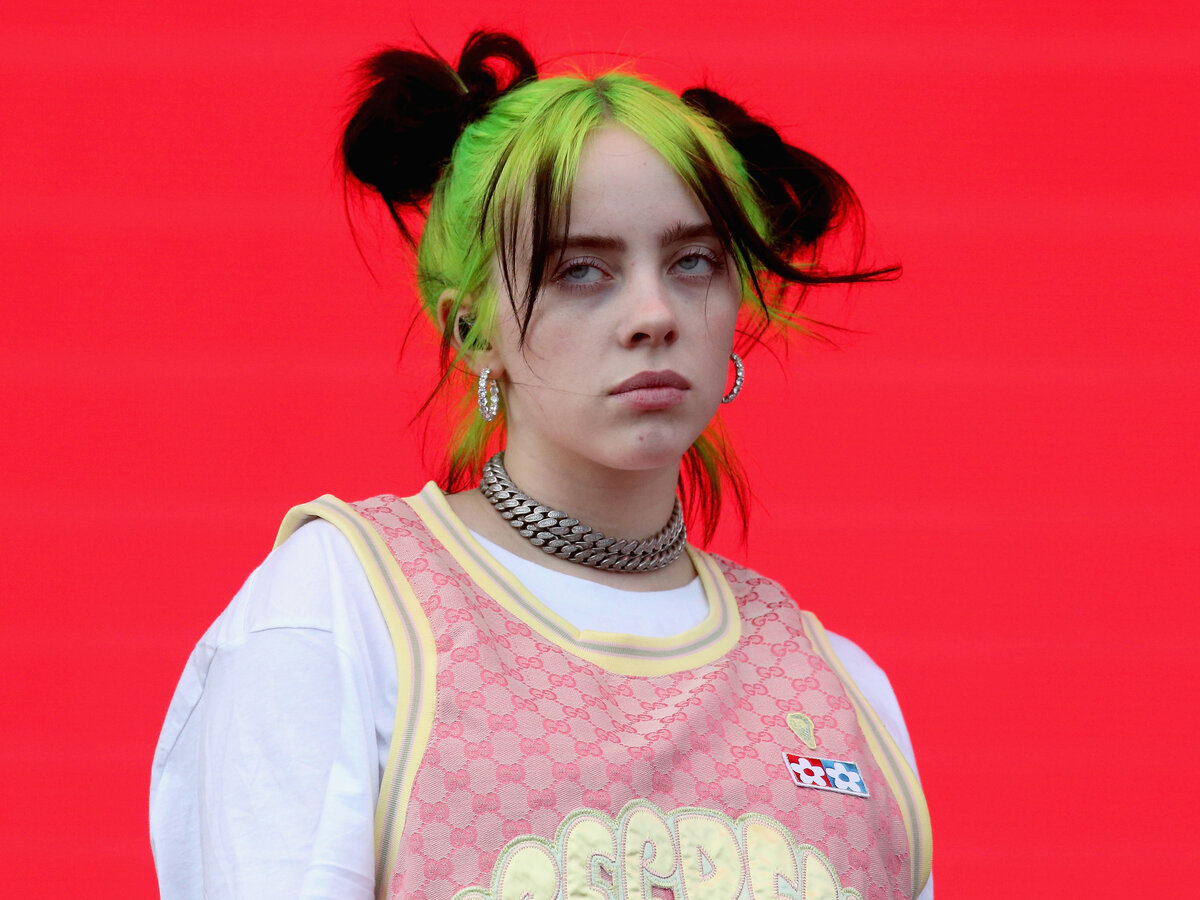 Nineteen with a net worth

According to Forbes, as of June 2020, Billie Eilish has a net worth of $53 million (sounds about right). She earned $25 million from her documentary with Apple alone, and her net worth was predicted to climb even higher had her planned 2020 tour gone off without a hitch.

With such massive numbers hitting her bank account at such a young age, one can only dream of what Billie Eilish does with her net worth. When all of life’s expenses are met for the foreseeable future, and there’s more left over than just enough for take-out, what does a teen spend the big bucks on? Moreover, with whatever she could want at her fingertips, what does a teen superstar like Billie Eilish spend her money on? 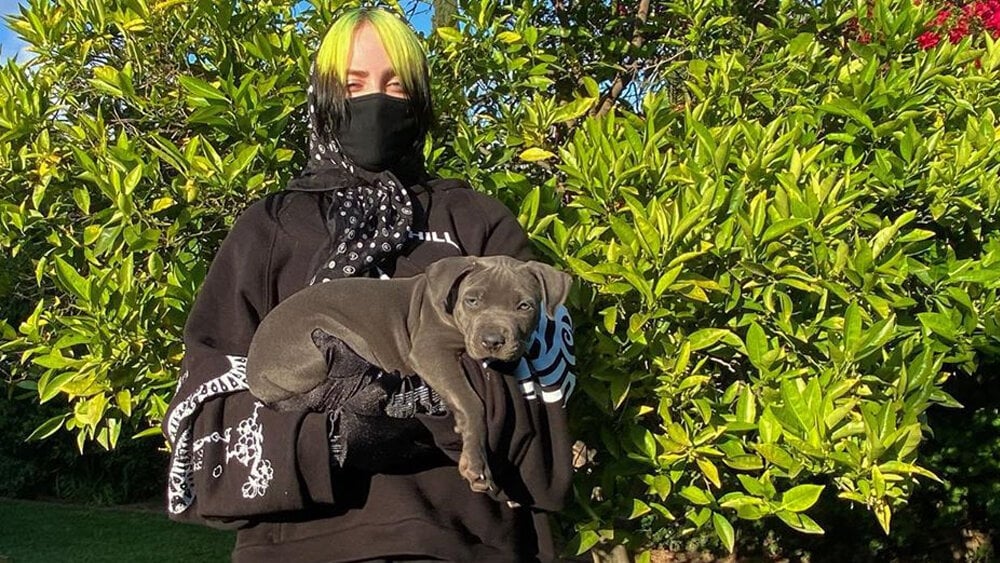 In a November interview with Vanity Fair, the young pop icon gave us a few clues. Billie Eilish was asked what she has now that she didn’t have a year ago, and calls out for a new off-camera friend, Shark.

The pop star is a known animal lover, having used her platform to speak out against animal cruelty & promote veganism online. It’s clear she’s using funds from her net worth to show love to some wild beasts in presenting her new pet dog, Shark. 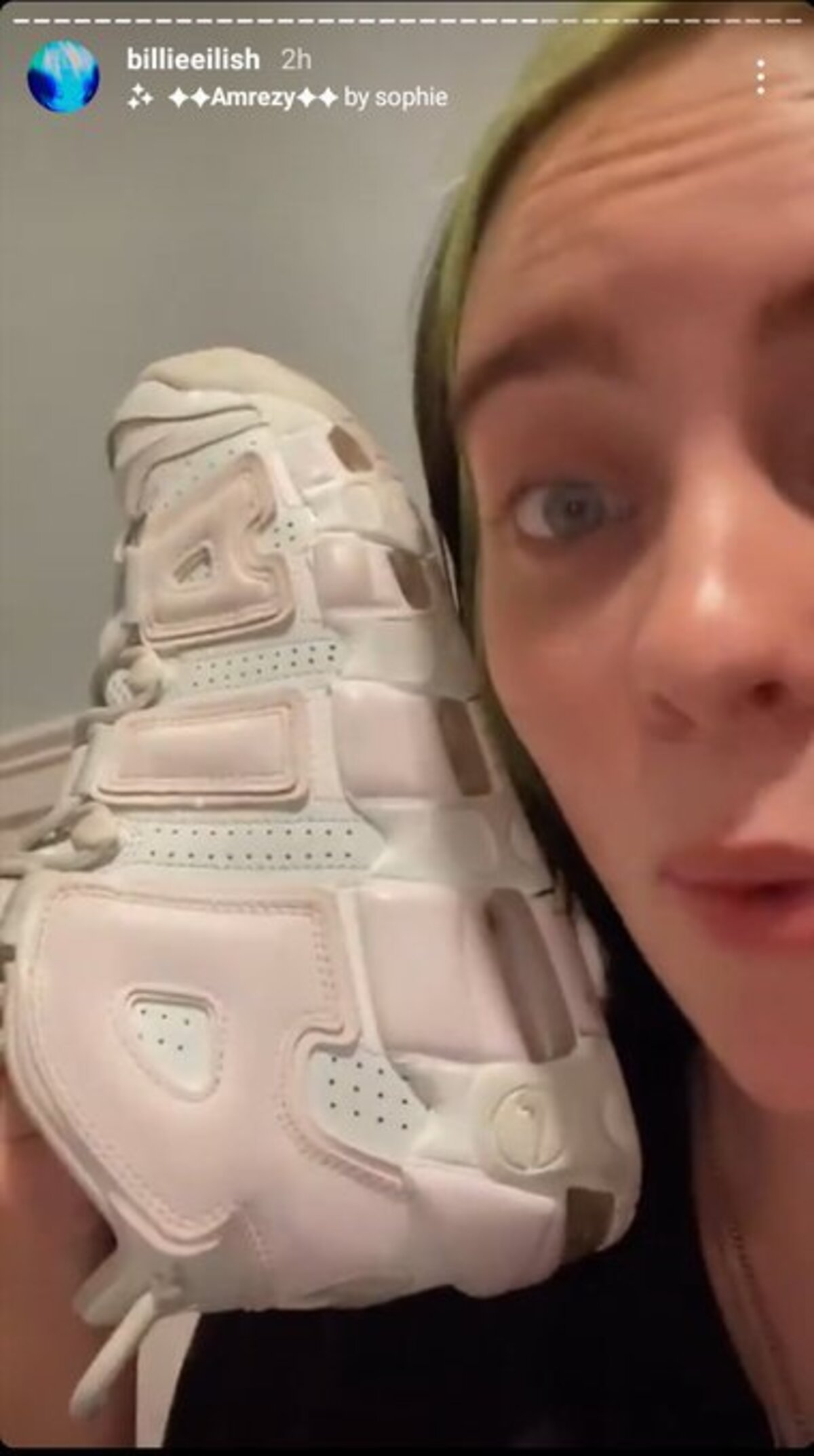 It’s no secret that Billie Eilish has a distinct style that is constantly growing; from her signature green hair to her (somehow) controversial baggy clothes, the artist dances to the beat of her own drum.

In October, Billie Eilish had her followers screaming “What are thoseee?!” with an Instagram post of her new shoes. There’s no doubt the star’s net worth has a budget for footwear. Her style isn’t limited to her clothing, though. 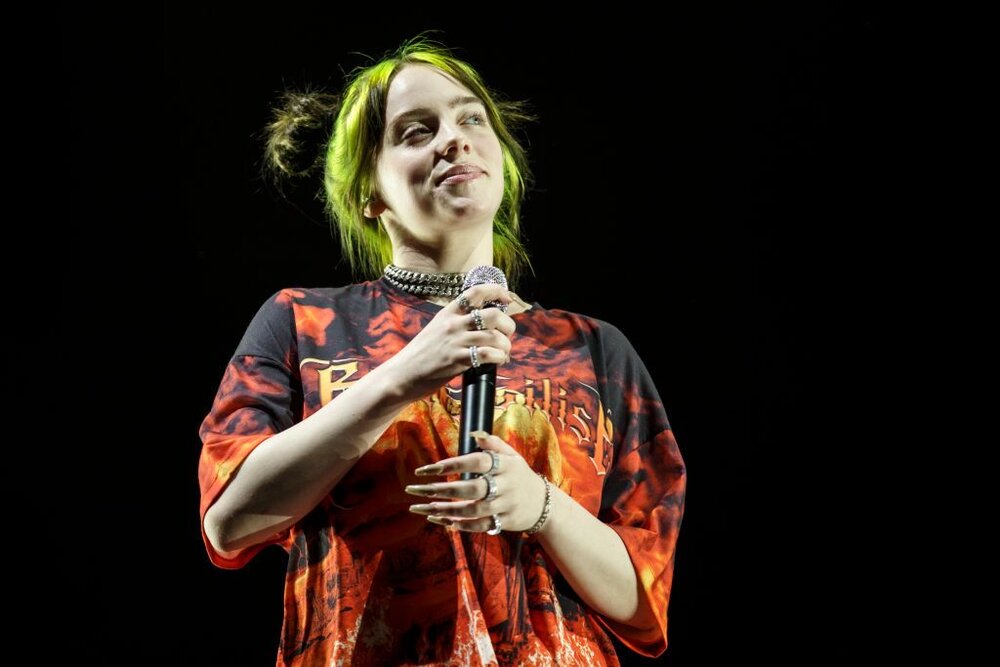 Eilish told Vanity Fair in her recent interview that she got a tattoo this year. The video confirms her prediction of getting inked in a prior interview with the publication, but you won’t be seeing the fresh tat anytime soon.

Eilish was stern in letting us know the new tattoo is somewhere on her no one will ever see. However, the singer brandishes plenty of other flair we see in her photos & videos, and it often raises our eyebrows. 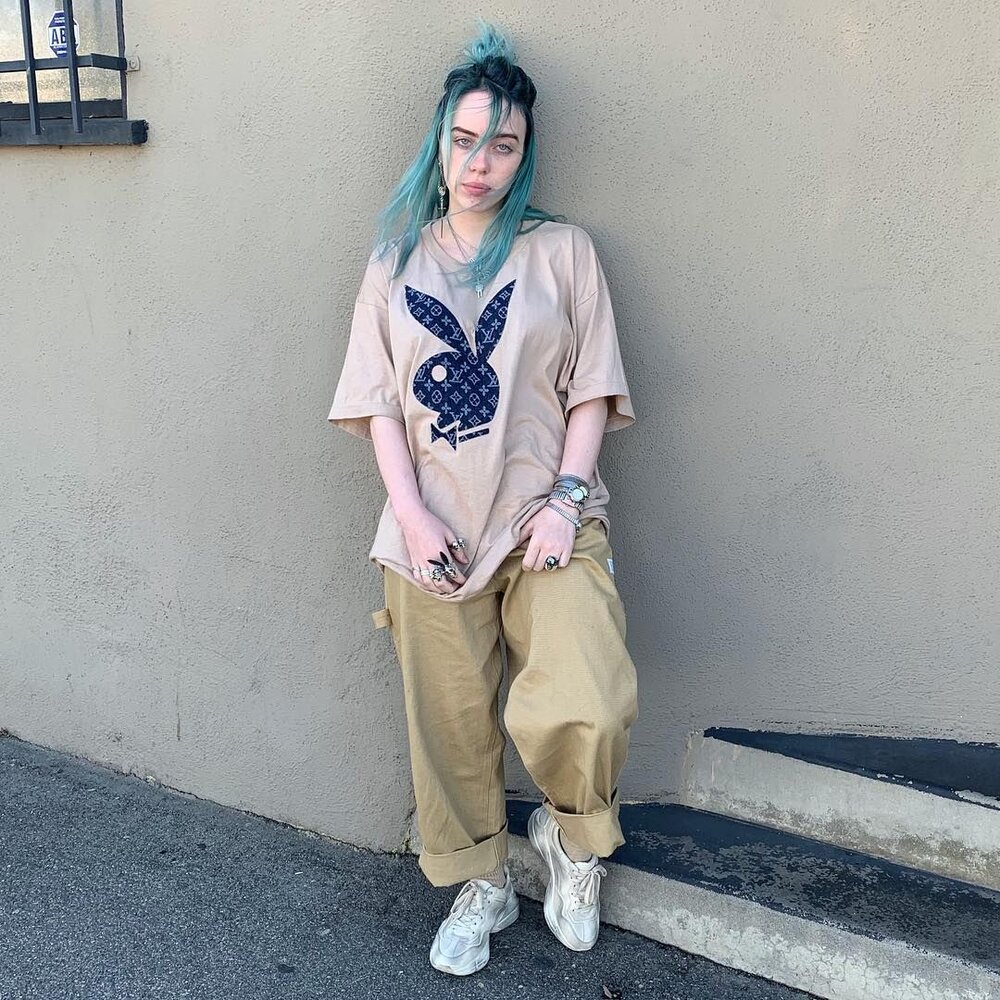 Like most A-listers, Billie Eilish has expensive taste. The pop star has been seen wearing designer brands from Chanel to Gucci, and TheRichest.com reported her favorite brand is Louis Vuitton.

With designer brands like these running tens of thousands of dollars, we can only assume Billie Eilish’s net worth is drained on fashionable threads each month to keep up with her ever-changing style.

Billie Eilish’s whooping net worth of over $50 million provides a lavish lifestyle for the young pop star. In 2020, we can tell she spent a good chunk of change on self care like so many of us needed. From kicks to canines, it looks like money well spent.